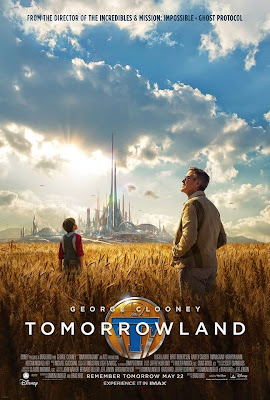 If Brad Bird is working on a new film, that’s really all I need to get excited. Going into production on a film called Tomorrowland was interesting enough and then he brought along George Clooney to add a bit more prestige to the project. Not knowing what to expect, there was a sense that audiences would get something of a retro sci-fi adventure film, based on the title alone.

This would not be a first for Disney or Bird, as The Rocketeer and The Iron Giant, let alone the The Incredibles, all rely on a level of nostalgia to go along with the thrills made possible by the era in which these films were made. This is why it is unfortunate Tomorrowland is not another Bird film that will go on to be a highlight in its genre. The film has a level of ambition and some neat sights, but it is held up by a narrative that is somehow overly complicated, yet lacking.

Tomorrowland features an opening prologue that inspires some promise, before we realize how ultimately unnecessary it is. This is part of what hurts the film overall; trying to understand where to best center its focus. The film decides to show us Tomorrowland early on, only to then hold it back for much of the film.

We have characters we initially stat to follow, only to head into a journey with a completely different person after the first twenty minutes have ended. Having a different approach to film is one thing, but writers Bird and Damon Lindelof (Lost, Star Trek Into Darkness) have developed a screenplay that seems to be constantly in a hurry to throw tons of information at us, while still holding onto a sense of mystery. 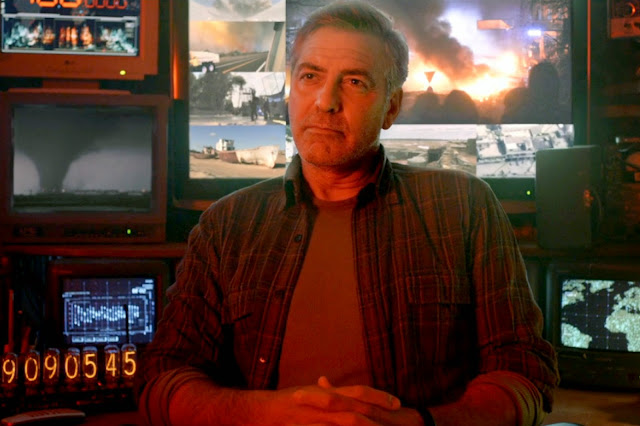 That sense of mystery is fortunately where Tomorrowland does manage to succeed quite often. The film opens with what is essentially a short film about a young boy inventor (Thomas Robinson) with all the imagination in the world discovering a place that has actually been built by imagination. Later, our actual lead character Casey Newton (Brit Robertson) is continually discovering new things about a journey she has inadvertently found herself on. In all of this, Bird and his team manage to imbue the visual odyssey with a gee-whiz sensibility that approaches the joy of seeing a boy and his robot in The Iron Giant, the fun of the action found in The Incredibles, and even the thrills that Bird delivered on in his first live-action feature, Mission: Impossible - Ghost Protocol.

It is the fun and originality that is wrapped inside of this PG-rated adventure that ultimately allows me to look past some of the film’s more egregious issues. If anything, it is looking at the film in hindsight that gives me pause as to why it is not better. Sitting through the film (at least for the first two acts), I was happy to wear a smile on my face during some key scenes involving the discovery of another world or the ways in which Casey and the grumpy old inventor (George Clooney) she teams up with find themselves getting in and out of fights with robots. 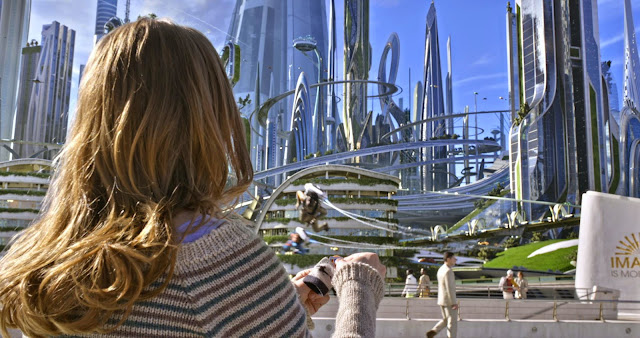 By the way, this is a movie that features robots, but that is a mild spoiler compared to the true nature of this film’s story. I only wish the delivery of what this film was trying to say was not lumped together in such an obvious manner. Tomorrowland is the kind of film presents a number of smart people and big ideas, but goes about taking care of its main story in the bluntest of ways. Sure, the film is for a family audience, but there’s a point when you want your characters to do more than just throw a rock at the problem to fix it.

In saying all of this though, there is so much wonder and fun to be found inside a film that could not seem to figure out its story well enough. The visuals are kind of goofy in an appropriate sort of way, though the retro Disney-inspired production design of some key locations is great. Michael Giacchino delivers a fantastic score, which is par for the course with him. You even get a lot of subversion of what to expect. Yes, the film features some cliché elements, but Bird knows how to manage his scenes and dialogue in ways that suggest he and Joss Whedon have possibly work shopped clever ideas together over the years. 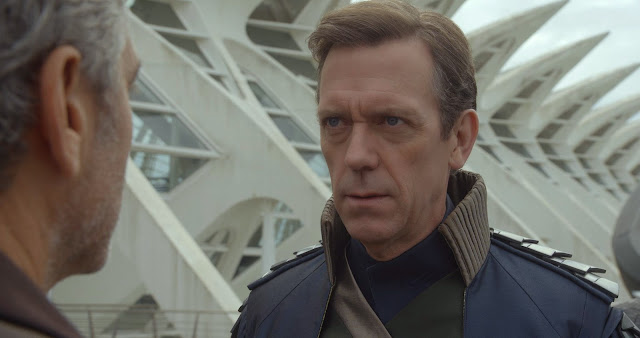 There is also a solid cast to enjoy. Robertson has some spunkiness to her, which is about average in the realm of live-action Disney film characters. Meanwhile, Clooney is having fun as a man suppressing what used to give him so much joy for the sake of keeping up the guise of a cynical grown up with nothing to lose. You can push those characters aside; however, as young Raffey Cassidy actually turns in the best performance of the bunch as Athena, the young girl responsible for recruiting dreamers for Tomorrowland.

In going over this film, there has been very little in the way of explaining what is truly going on. For a film that I have dinged so hard for not being better from a story perspective, there is still a good part of me that wants to leave that for the viewer to discover. After all, this is a film about discovery. I only wish Bird and Lindelof were able to do something that would have had a more lasting effect. Tomorrowland is not without its charm, as the film essentially wears its charm as a jetpack to help fly you through the film. That said, in order to stick the landing, some more tinkering clearly needed to be done. 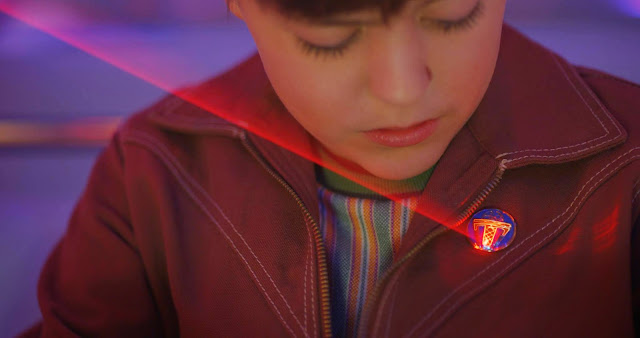 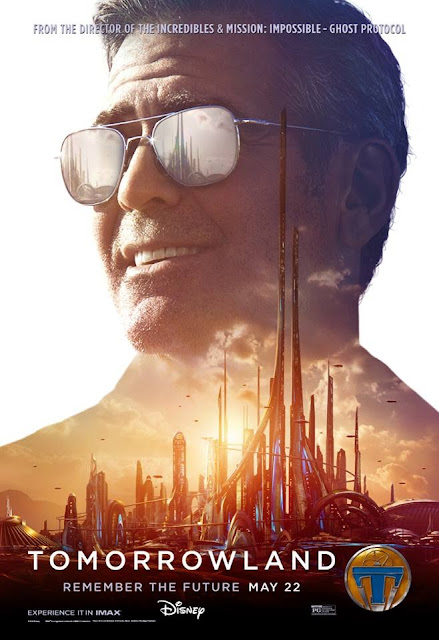