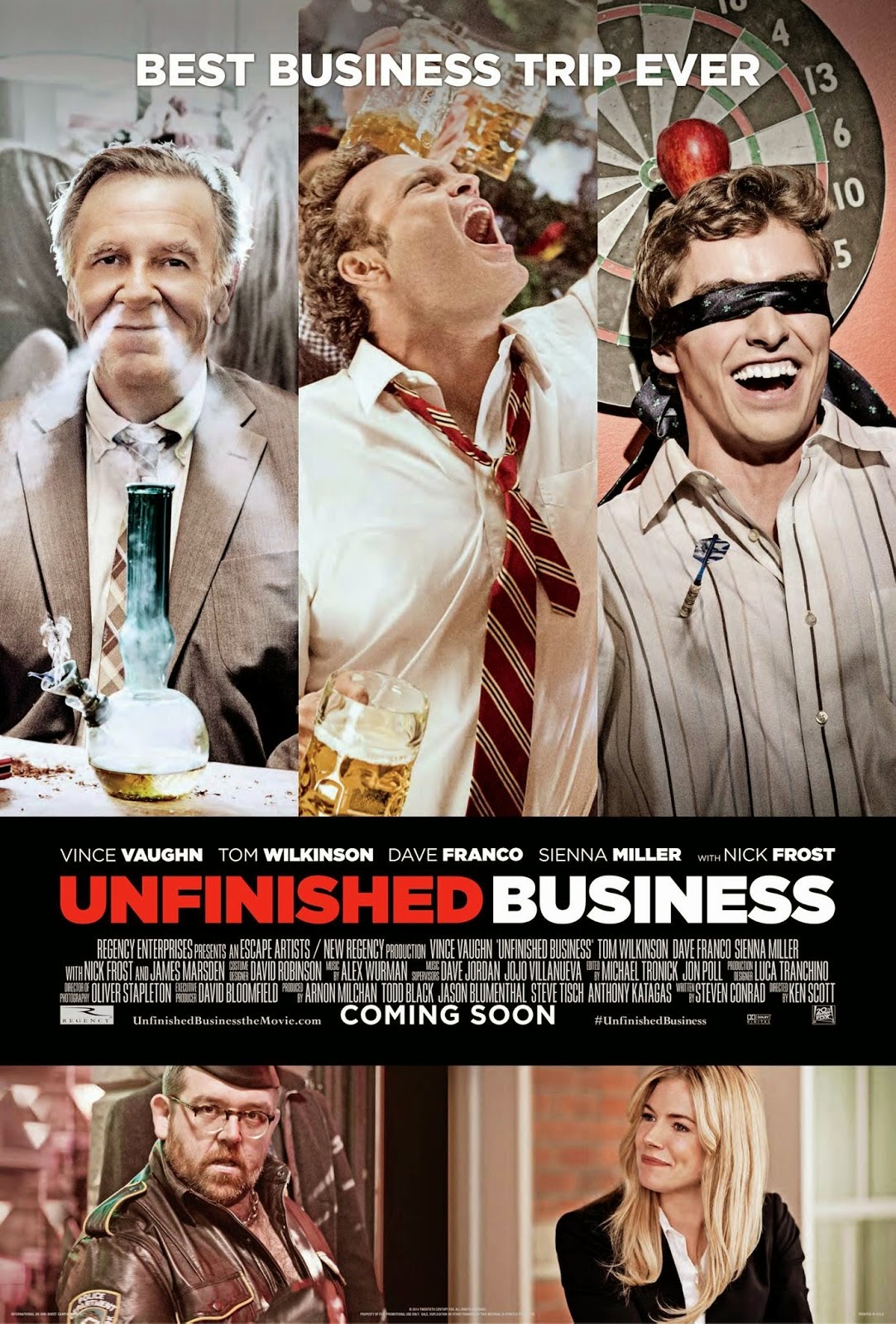 Unfinished Business: 1 out of 5

Dan: The first rule is: show the client a good time.

I like Vince Vaughn and have tried to support his efforts over the years, but what are we doing here?  At some point in the scripting of this film about three men going on a business trip to Germany, the creative decision was to have a character named Mike Pancake, because silly last names equal laughs.  Later on, that same character (who we come to learn is mentally challenged) slips and falls face first into an exposed penis.  Maybe you weren’t expecting me to explain a penis gag in the opening paragraph of a review for Unfinished Business, but hey, I was not really expecting to see so many in the film as a whole either.  This is just one of many haphazardly assembled ‘jokes’ thrown at the wall in this aggressively unfunny comedy. 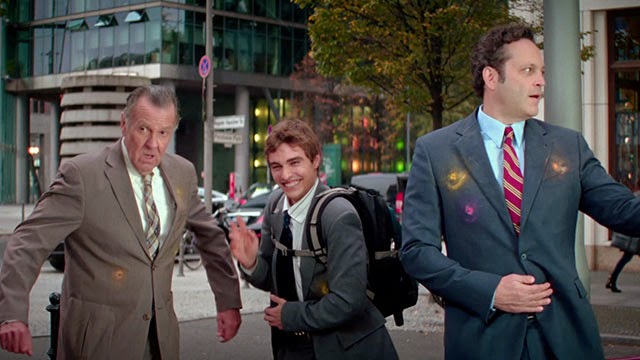 Vince Vaughn stars as Dan Trunkman, a small-time business owner who is looking to lock up a deal that seemed to be in the final stages.  It wasn’t and now Dan has to travel to Germany, with his two associates (played by Dave Franco and Tom Wilkinson), in order to get the handshake he so desperately needs to keep things afloat.  We come to learn more about Dan’s family life, which has his two kids dealing with the pressures of school, but that comes second to the raunchiness that ensues when Dan and the gang encounter all the various clichés explored in every ‘Americans have goofy fun in Europe’ movie we have seen before.

The main problem is the lack of comedy in this comedy.  Yes, it is subjective and I was happy to smile at a few moments (Vaughn’s fast talking, logic-based banter tends to work for me), but this movie is so largely unfunny, making for the worst kind of viewing experience.  It is easy to appreciate decent special effects or nifty action in bland and forgettable action movies, but a comedy that is not funny is the worst for me and this film had nothing going for it.  If anything, given the development of some characters, Unfinished Business would be borderline offensive, if the film was not so dumb to have me convinced it was well-meaning enough to have me look past those issues. 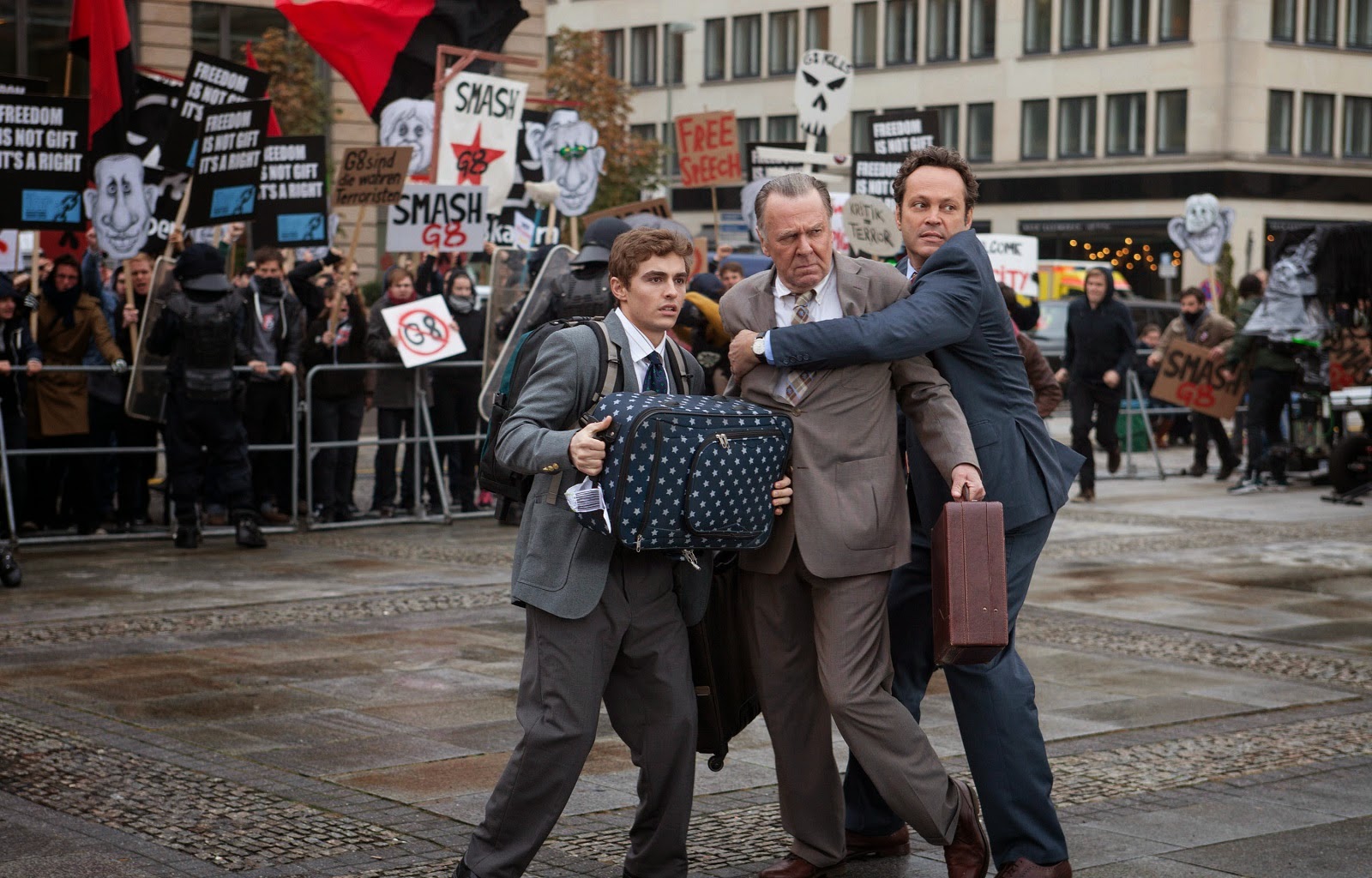 Written by Steven Conrad, who has worked on films I have appreciated much more, including The Weather Man and The Secret Life of Walter Mitty, I would not be surprised if tinkering was done to the script to turn it into what it is now.  The film was directed by Ken Scott, who previously collaborated with Vaughn on Deliver Man.  If the two liked working together, that’s great, but based on their work, I would honestly much rather see these two make an honest drama with occasional humor that Vaughn could naturally bring, rather than this sort of forced disaster.

Again, I like Vince Vaughn, but it has become clearer and clearer that these sorts of comedies should only feature him in supporting or co-lead roles, as his sort of attitude just can’t hold films like this together.  Compared to something like Wedding Crashers or Old School, Vaughn is not the central charm needed here.  Not fairing any better are Tom Wilkinson and Dave Franco, who only are allowed to make jokes based on their respective ages.  If seeing Wilkinson smoking a bong is what you need, you get that.  If watching Franco act naïve as possible is what makes you laugh, it’s here plenty (and remember, he plays a character that is literally mentally challenged).  These guys are clearly supposed to be breakout characters, because of the goofy shenanigans they get into separately, but really, it was just kind of sad, given all the goodwill Franco has been building elsewhere (see Neighbors) and the general greatness that Wilkinson can bring to nearly everything else. 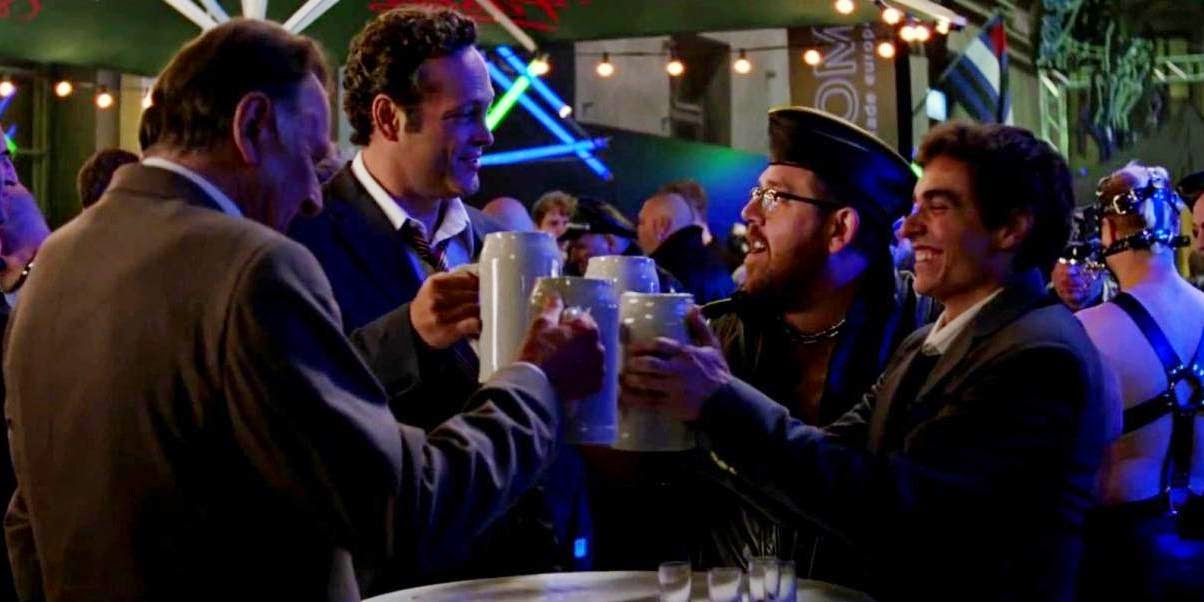 Unfinished Business is unfunny, sloppy, and has the gall to inject some relatable drama to give it the semblance of a raunchy comedy with its heart in the right place.  I do not like being so cold, but the movie does nearly everything wrong, giving Tak3n and Seventh Son a run for its money, as far as worsts of the 2015 are concerned.  In fact, the only really funny things to come out of Unfinished Business are these fake stock photos used to advertise the film.  Enjoy those for free.

Dan: I’m not crying.  That’s just poison in my eyes. 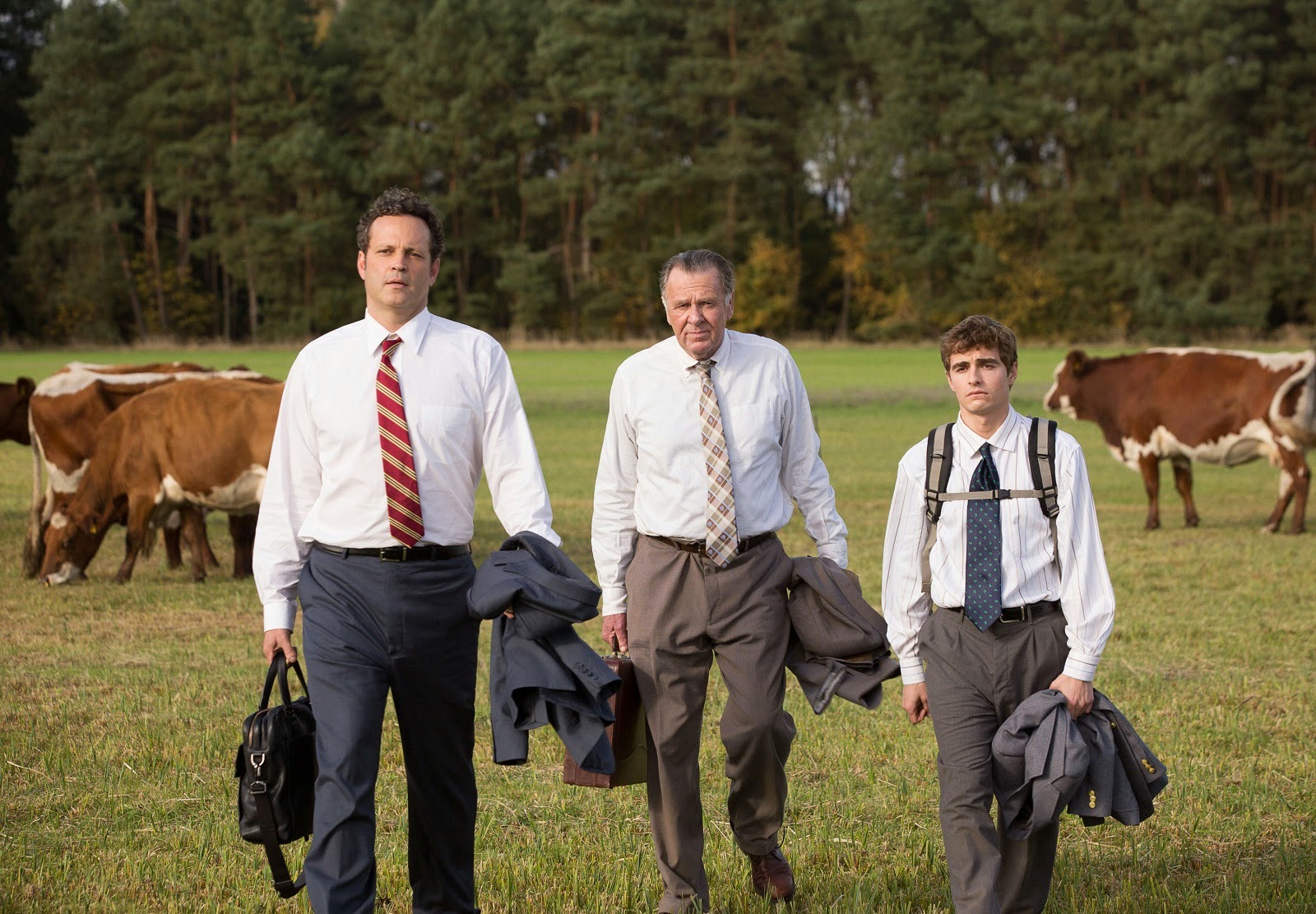