Cronenberg Draws Up Satirical ‘Maps To The Stars’ (Movie Review) 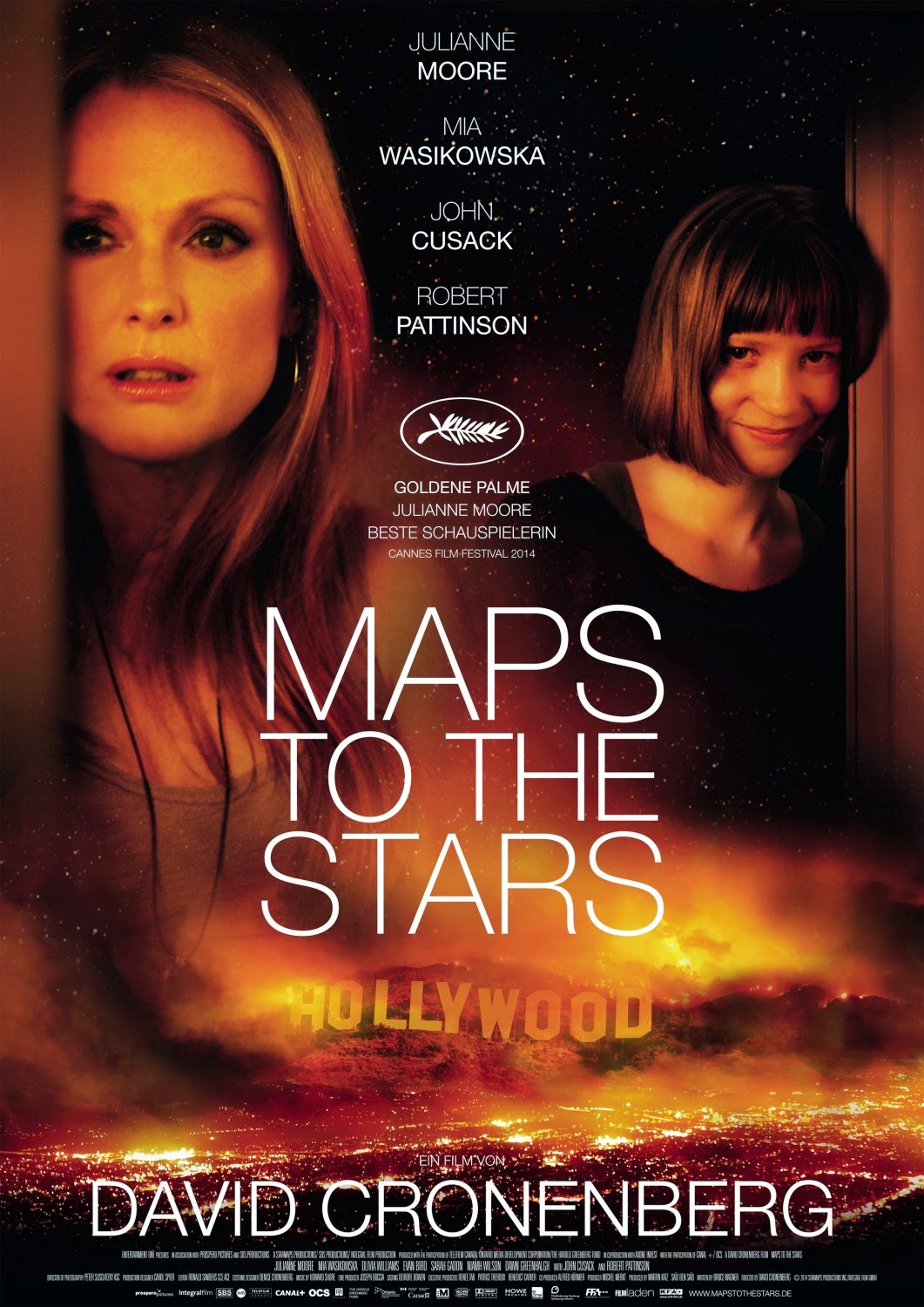 Leave it to director David Cronenberg (The Fly, A History of Violence) to spend decades making studio films outside of Hollywood, only to finally shoot a film in Hollywood that looks to take it down.  Of course, it would help if this acerbic, satirical take on Hollywood culture was a little more attuned to the world of today, but that does not mean it isn’t fun.  Maps to the Stars is an entertaining drama that follows a few privileged individuals, as they deal with the culture they have thrived in, with lots of setup for disastrous results.  There is not a whole lot to take from the punches supposedly taken from the skewering of said culture, but there is enough in the way of the performances and odd touches that made it worthwhile in a weird, Cronenbergian kind of way. 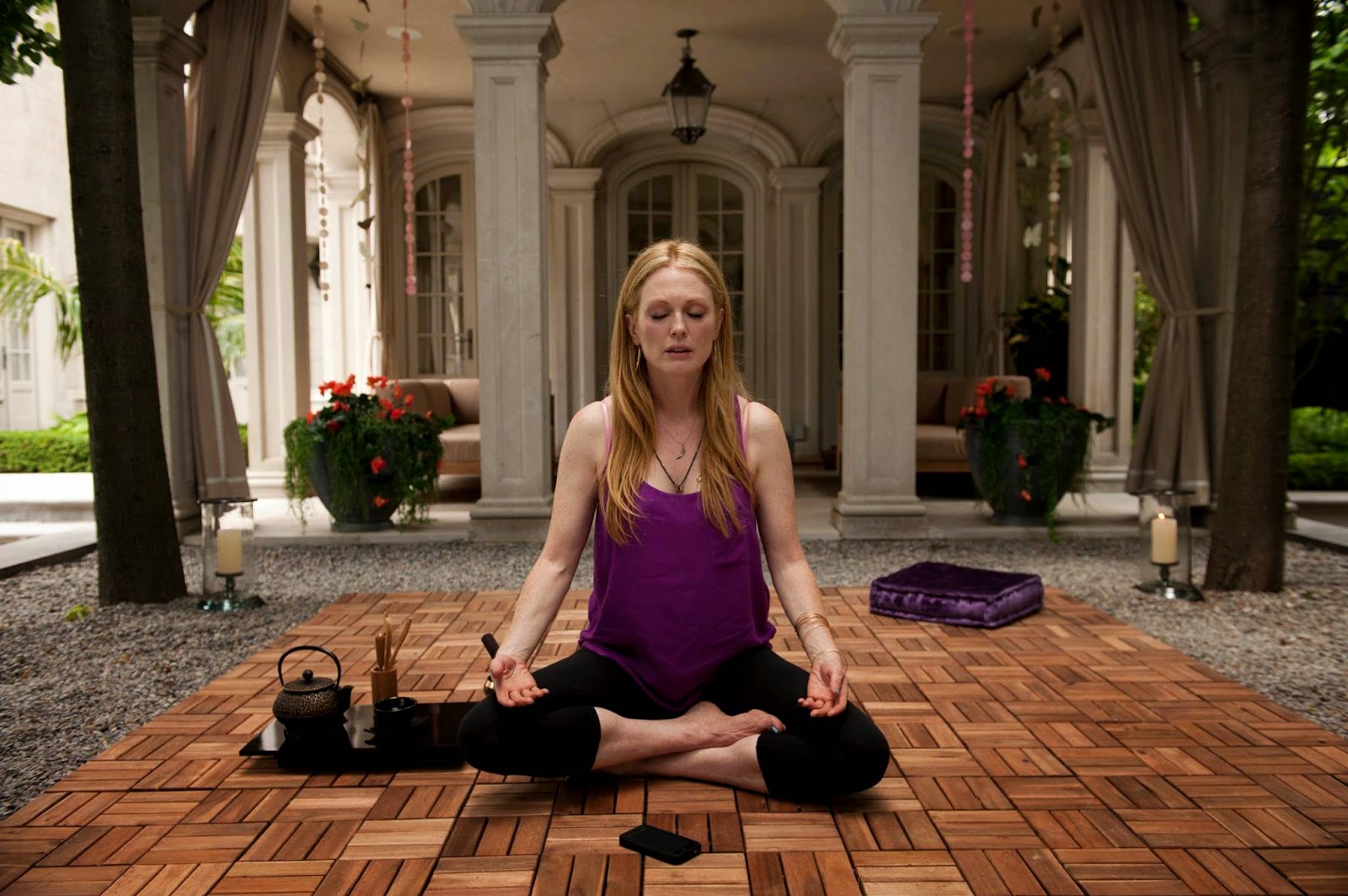 This is the rare Cronenberg film that features something of an ensemble cast, each with their own storyline.  The film begins with Agatha (Mia Wasikowska), a mysterious girl arriving in Los Angeles.  We soon understand that she has been badly burned in the past and takes a lot of meds.  Upon arriving, Agatha meets Jerome (Robert Pattinson), a limo driver with aspirations of becoming an actor and writer.  Jerome is taken aback by Agatha, but finds himself drawn to her.  Agatha, herself, is drawn to another person:  child star Benjie Weiss (Evan Bird), a foul-mouthed 13-year-old actor, who has just gotten out of rehab.  He is the son of Cristina (Olivia Williams) and Dr. Stafford Weiss (John Cusack), a self-help guru who currently helps fading actress Havana Segrand (Julianne Moore).  Havana is a huge mess and Agatha just so happens to find a job for herself as Havana’s assistant.

What follows is a film that relies on mixing all of these characters together at various points to both comment on how shallow and disturbing this culture can be, as well as reveal the true connections that Agatha has and what her motivations may be.  The film was written by Bruce Wagner, who has tackled this sort of material before, but the nature of themes and ideas found in other Cronenberg films certainly creep up into Maps to the Stars.  Really, this film continues down the path of twisted realities that stem from real life in some way, as opposed to the more fantastical elements that drove many of the films in the first few decades of Cronenberg’s career.  That said, despite the sheen of his more recent efforts such as this film and Cosmopolis, it still feels like the work of David Cronenberg. 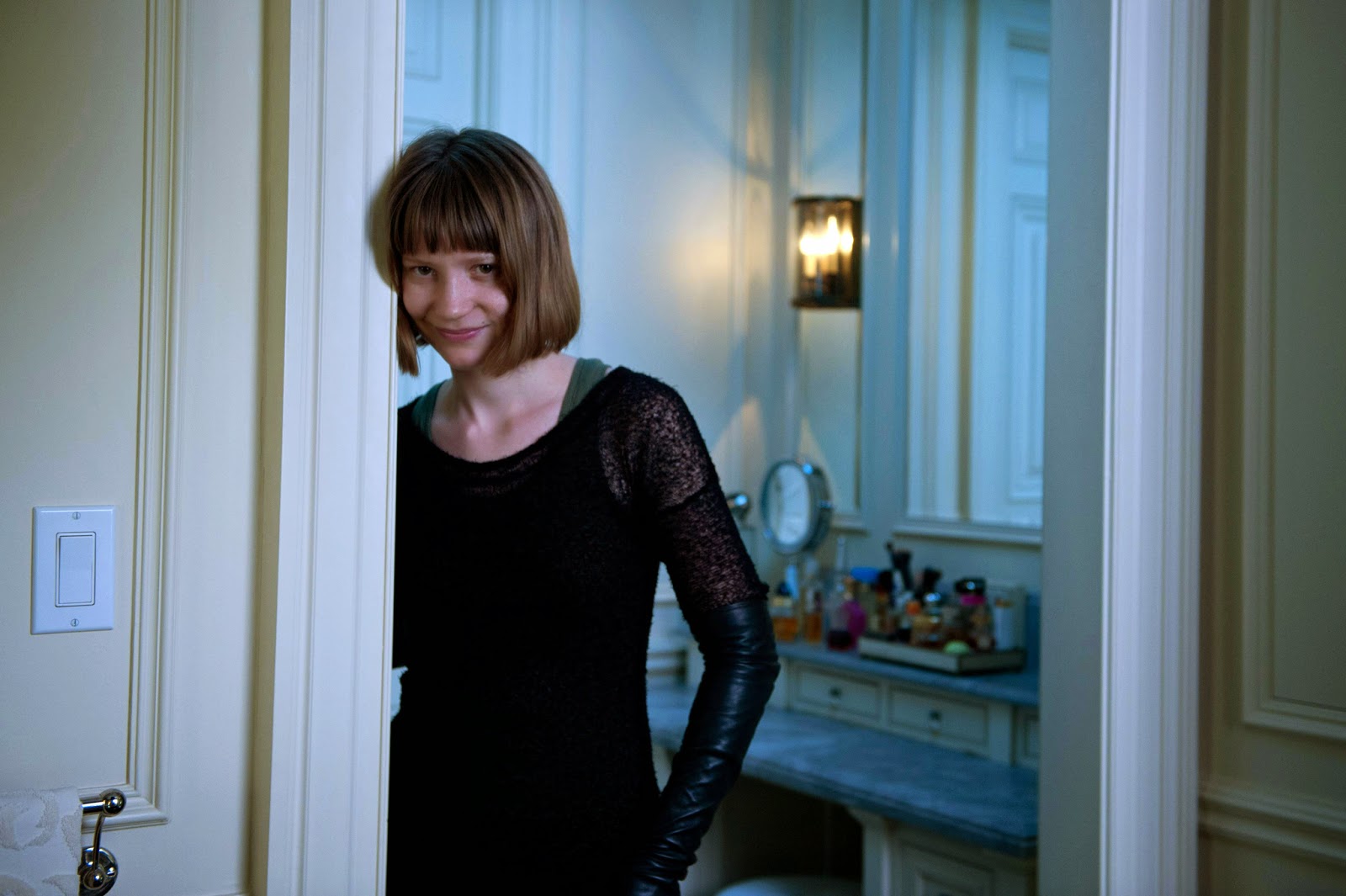 Ideally it could have been better.  Wagner’s script is not at all relevant in terms of what it is attacking, aside from the updated list of stars who are mentioned and inclusion of terms like ‘Twitter’, but there is plenty of dark comedy to be found in the old adage of a fading star celebrating the way they find an ‘in’ to a big role, at the cost of seeing those around them suffer.  This is where the actors come in, as Julianne Moore is easily the film’s MVP.  Sure, the film has some easy fun in having her play shallow and conniving, but the sort of anger and fear that sits under her skin is much more interesting, as she lashes out in various ways, talks to the ghost of her dead mother (yes), and finds herself in all kinds of emotional messes.  The film is much better for this performance.

The other actors are game too.  I like Wasikowska quite a bit and it is no surprise that this is a role that fits her well enough, especially if anyone has seen Stoker.  Cusack seems like an odd fit for Cronenberg at first, until you see what kind of role he has to play and get that he understands how to undersell the humor of his persona.  And then there is Evan Bird as Benjie, who brings out the worst aspects in child stars and child characters you really hate (Game of Thrones’ Joffrey is the easiest example).  What the film lacks in a more enlightened take on the ‘showbiz sendup’ it gains in having a cast that blends the right amounts of energy with the sort of creepy vibe that Cronenberg can capture, seemingly regardless of the setting, whether it be various parts of Canada or under the sun in Hollywood. 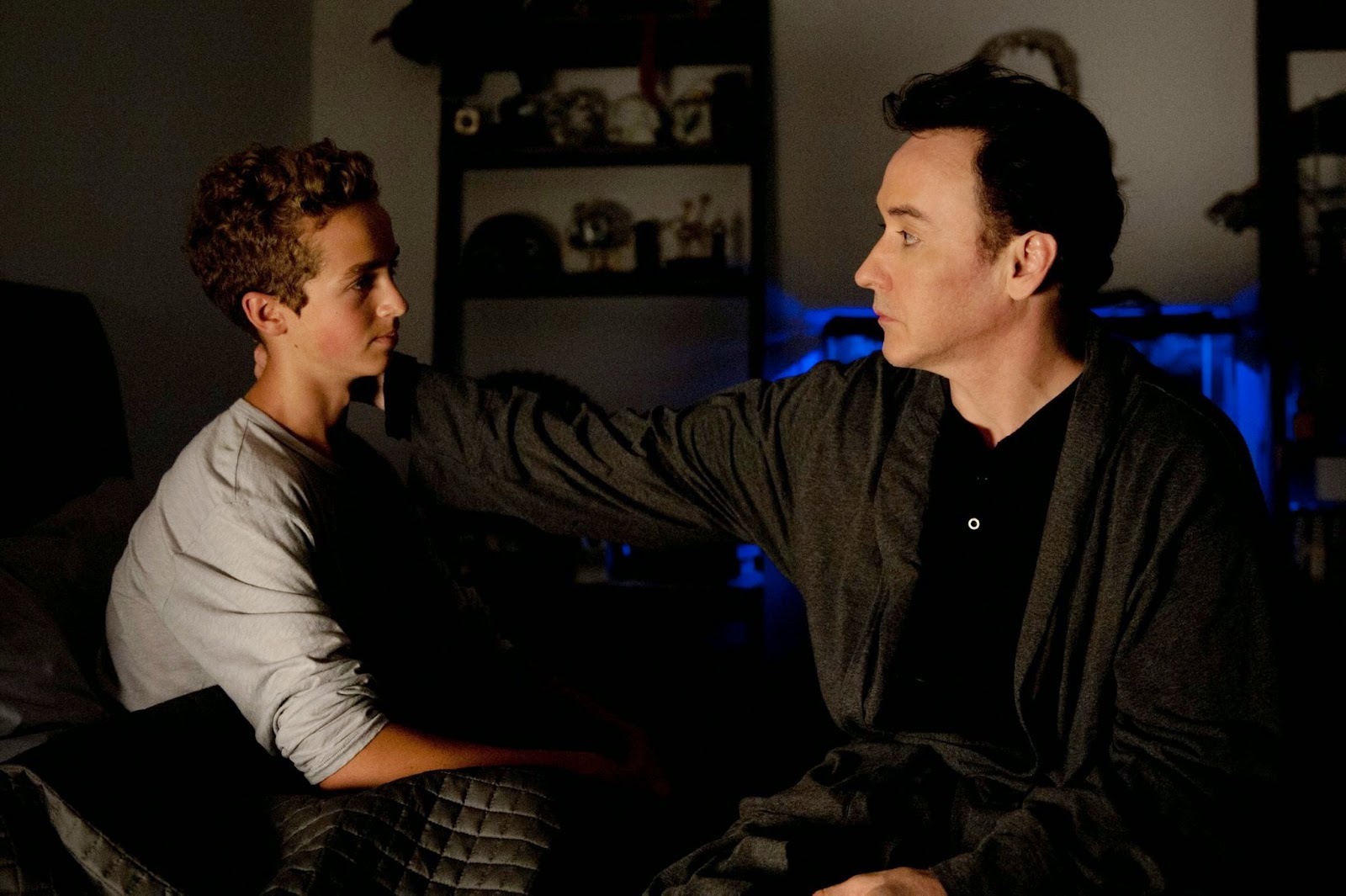 A lot of my enthusiasm clearly comes from the cast and what I think Cronenberg is able to add in general.  I say that because the script is problematic in ways and the film is a bit unfocused in terms of its tonal changes.  The pros and cons do seem clear, but I side with the film overall, as I saw a lot of strength in said performances and was intrigued by where everything was going.  I don’t know where Cronenberg is going next, but at least he is mixing things up here.  Maps to the Stars does not do much new with the satirical direction it takes, but it is the sort of weird dirty fun that I come to expect from a man who has moved beyond body horror.

Jerome: I think you are a little crazy.
Agatha: So? 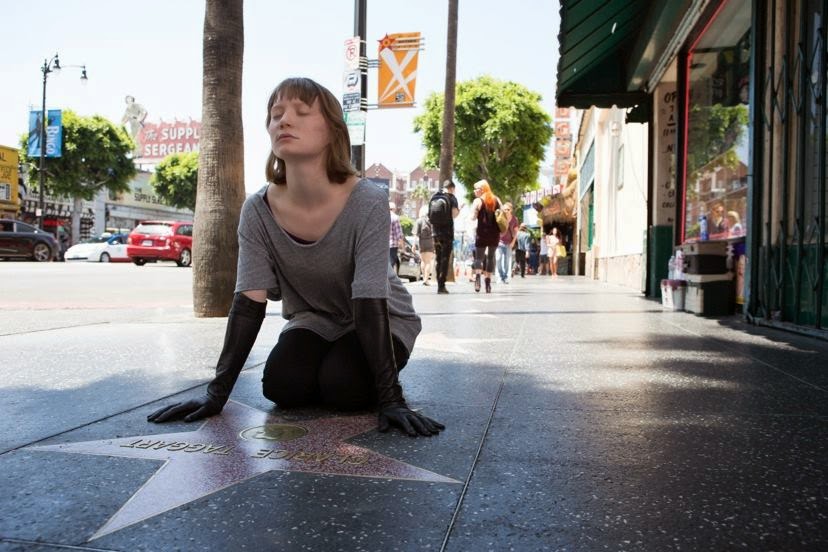