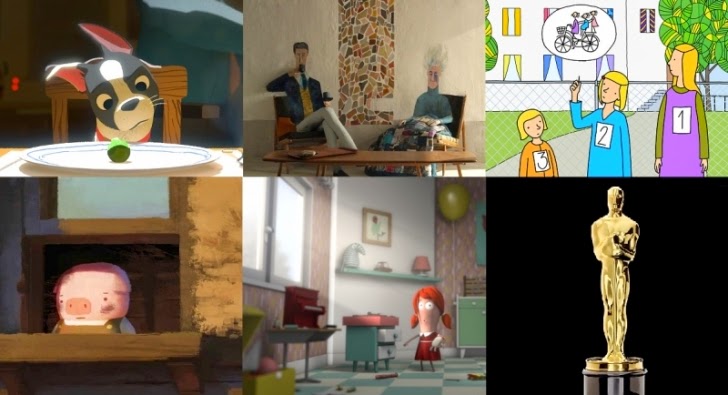 The Oscars are coming and while I may or may not have more to say about the 87th Academy Awards in upcoming posts (okay, I will), I did want to take the time to discuss the animated shorts.  This is just one of the many smaller categories that can make or break an Oscar pool for people, but while they may just seem like possible points to gain on a ballot, they do also represent a lot of great talent being put out there and recognized for their quality.  I have been happy to have the chance to see the Oscar nominated animated shorts for the past couple years now and I wanted to take the time, this year, to throw out my thoughts on each. 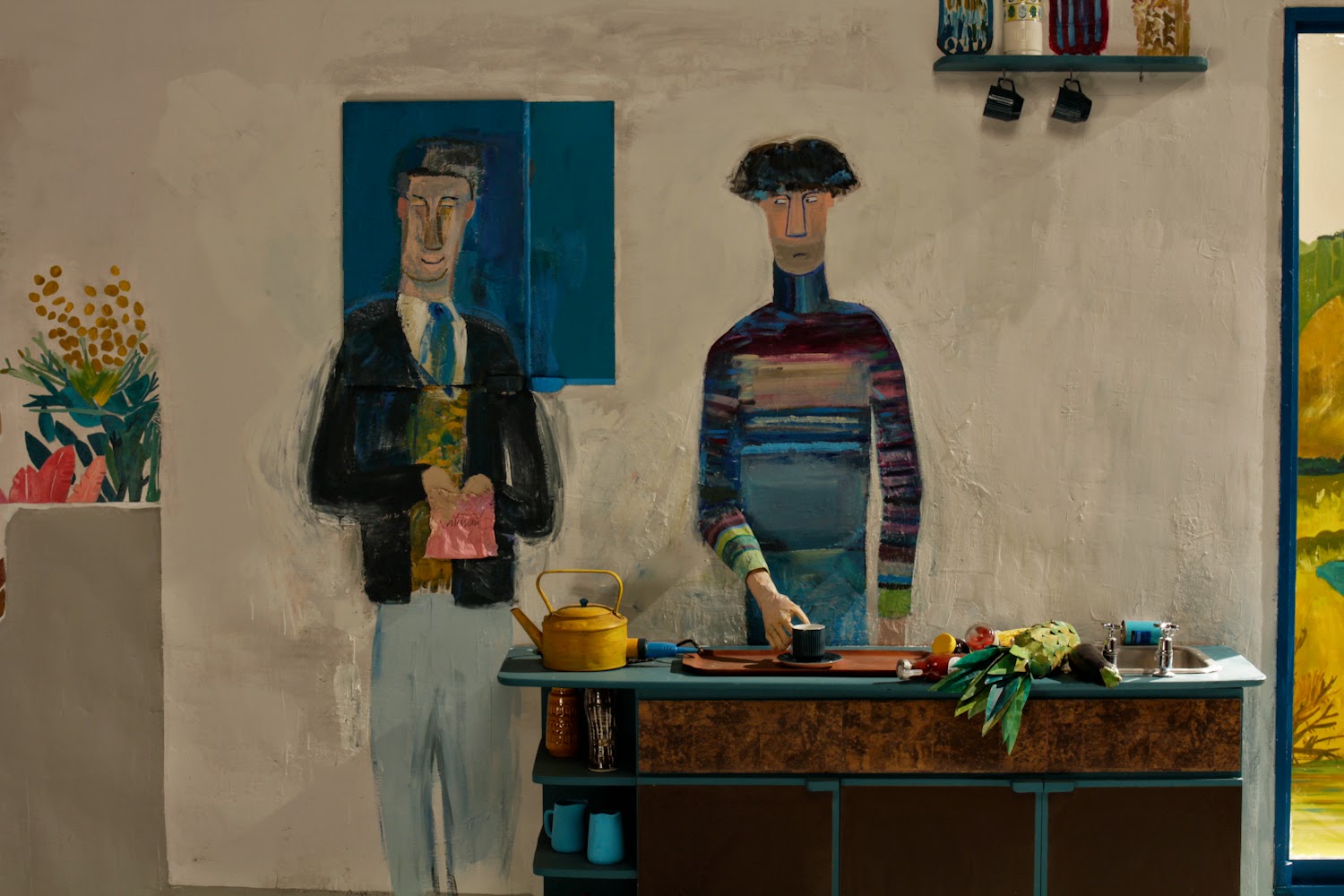 The Bigger Picture has already one the BAFTA for Best British Short Animation and I can see why.  This is a film that has some pretty incredible animation, which should truly play a big role in what to appreciate about these shorts, as opposed to just the story being told.  Working with stop motion animation that brings 2D and 3D together, a lot of work was clearly done to make these (life-size) animated characters come to life, as they deal with family drama taking place.  I found there to be so much to enjoy in the clear amount of effort that must have taken place to create such a film, but the story is solid enough as well, even if it only has so much to offer overall.  A strong entry, based on style alone. 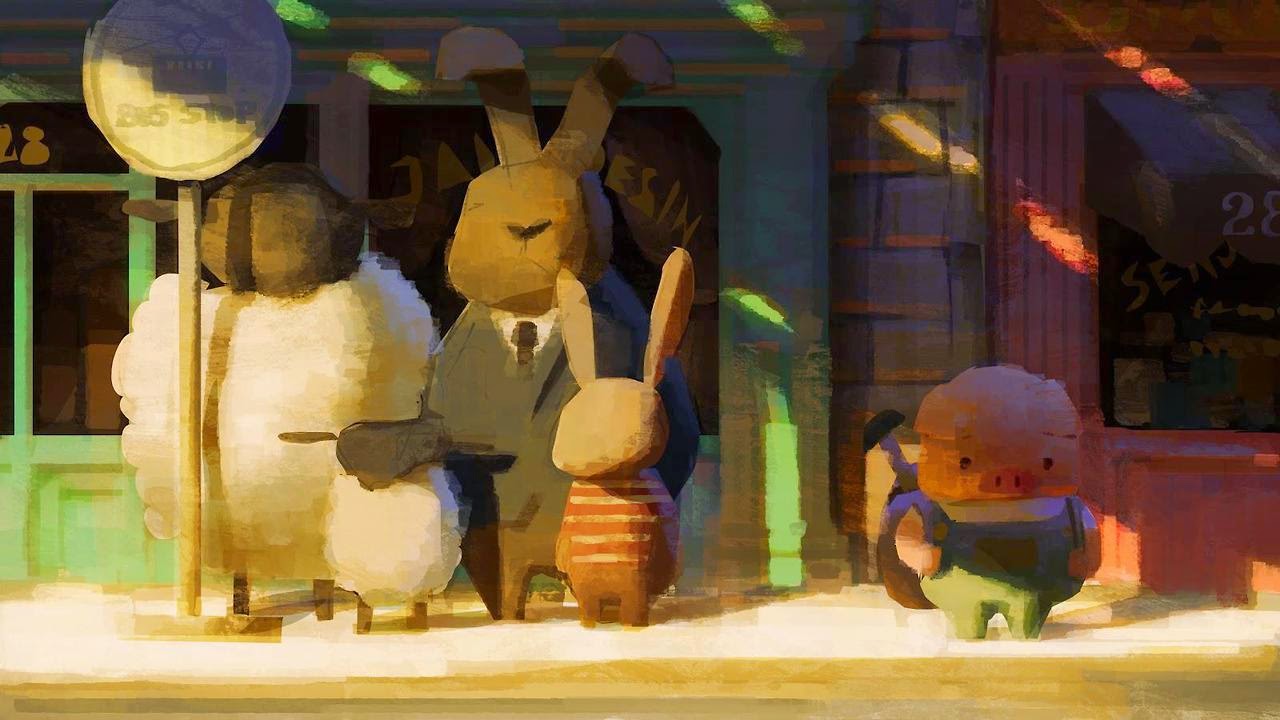 I always find it humorous to throw the term "Oscar Bait" at an animated short, but The Dam Keeper does seem to fit in that regard.  It clearly has the most complex emotional beats of the nominees, the animation style has a storybook quality that is quite pleasing and striking, and the story has plenty going on to really keep the viewer invested, even with it lasting 18 minutes, longer than any other nominee.  With all of this in mind, The Dam Keeper is a very engaging and emotional story, as I was most certainly getting worked up over the depiction of bullying that takes place in this story of a little pig, who has big responsibilities.  My only minor issue is the way this story wraps up, as there is room for a bit more closure, but at the same time, it is hard to argue against a story that makes you feel a certain way.

Feast is the short that the most audiences will have seen, given its attachment to Big Hero 6, but that does not necessarily guarantee a win (ahem...Get A Horse!).  With that in mind, this is a very enjoyable short film, as Disney tends to make that happen.  The animation style is unique and the visual presentation of the story is quite clever.  The film is also quite fun, as we see everything from the perspective of a perpetually hungry dog that can eat anything.  Boston Terrier fans are sure to enjoy the wild fun being had here, just as anyone surely can.  With a fast pace, enjoyable soundtrack, and plenty of humor to be found in the way we see this story unfold, Feast is good family fun that is hard to knock.

Me and My Moulton 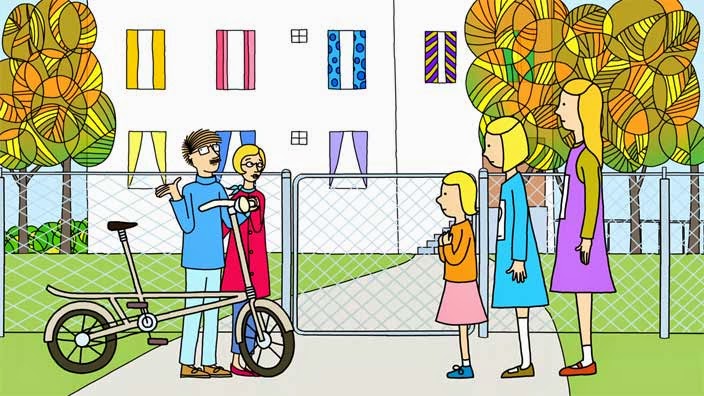 While I am not ranking these shorts, it is not hard for me to say Me and My Moulton would be at the bottom of the list, as far as these nominees go.  That is not too much of a slight against the film, as I think it is fine, just nothing all that memorable, by comparison, aside from gaining knowledge of what a Moulton bicycle is.  The story is a dry comedy that clearly has some autobiographical elements about one girl and her Norwegian family.  The animation is fairly simple, but really relies on the storytelling and narration to sell the tone.  It does just enough to be decent fun, with a few good laugh lines stemming from observations about this young girl's life.  The least essential of the bunch, but still enjoyable enough. 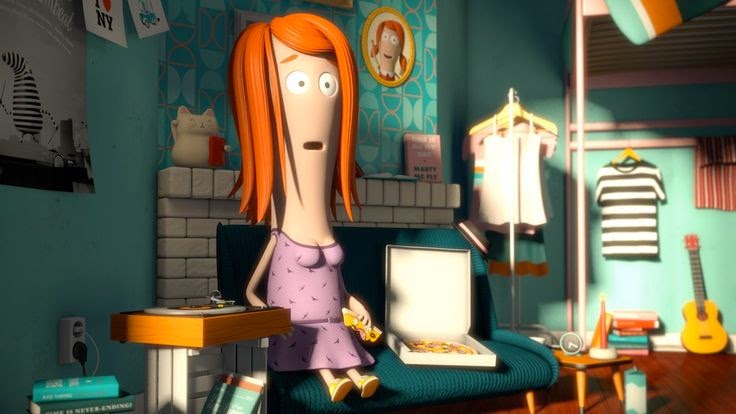 At three minutes, A Single Life is the shortest of the bunch here, but I found it to be far more than an elaborate setup for its sort of 'gotcha' ending that many will focus on.  This is an enjoyable little CG animated film about a woman who discovers a record on her doorstep, which allows her to change her life in incredible ways.  It is weird that I do not want to delve into spoilers, but there is some really interesting stuff going on here, in terms of the implications of the various scenarios this woman finds herself in.  It may be brief, but it has some wonderful observations about what life can bring, were one to step beyond the large amount of fun that happens in such a short time.

And that's that. I'll eventually put up my predictions list for this year's Academy Awards, but for the time being, it would be hard to go against The Dam Keeper, if you wanted to guess what might win. Stay tuned!

Also, here's a making-of for The Bigger Picture: