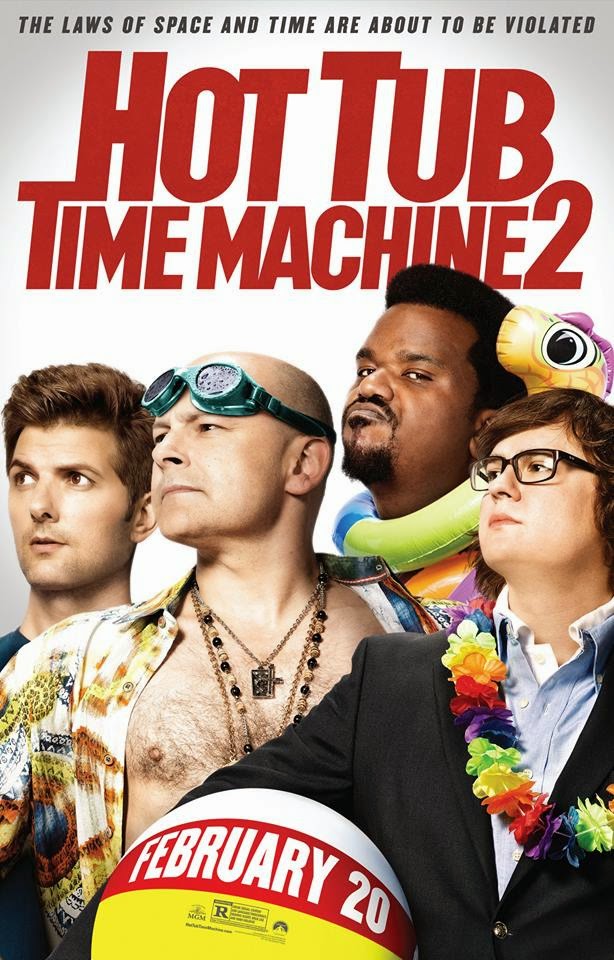 In 2010, I was excited to see a film that sold me on Craig Robinson looking into the camera and spouting the words “Hot Tub Time Machine.”  Given that the film had such a ludicrous title to begin with, the cast going the extra mile to make something so silly it came back to being pretty funny again just in the way of the premise was enough to have me excited.  The fact that the film delivered on being more than just a silly title is what left me impressed.  The film was a gross-out comedy with a sci-fi twist fitting of the 80s body switching craze.  It also had a solid cast and a mix of clever and absurdist humor to make it more worthwhile.  Now we have the sequel, with its existence seeming as perplexing as the concept of time travel.  The lack of the charm and some of the same stars did not help, as this film left me wanting to get out, dry off, and mingle with a different crowd. 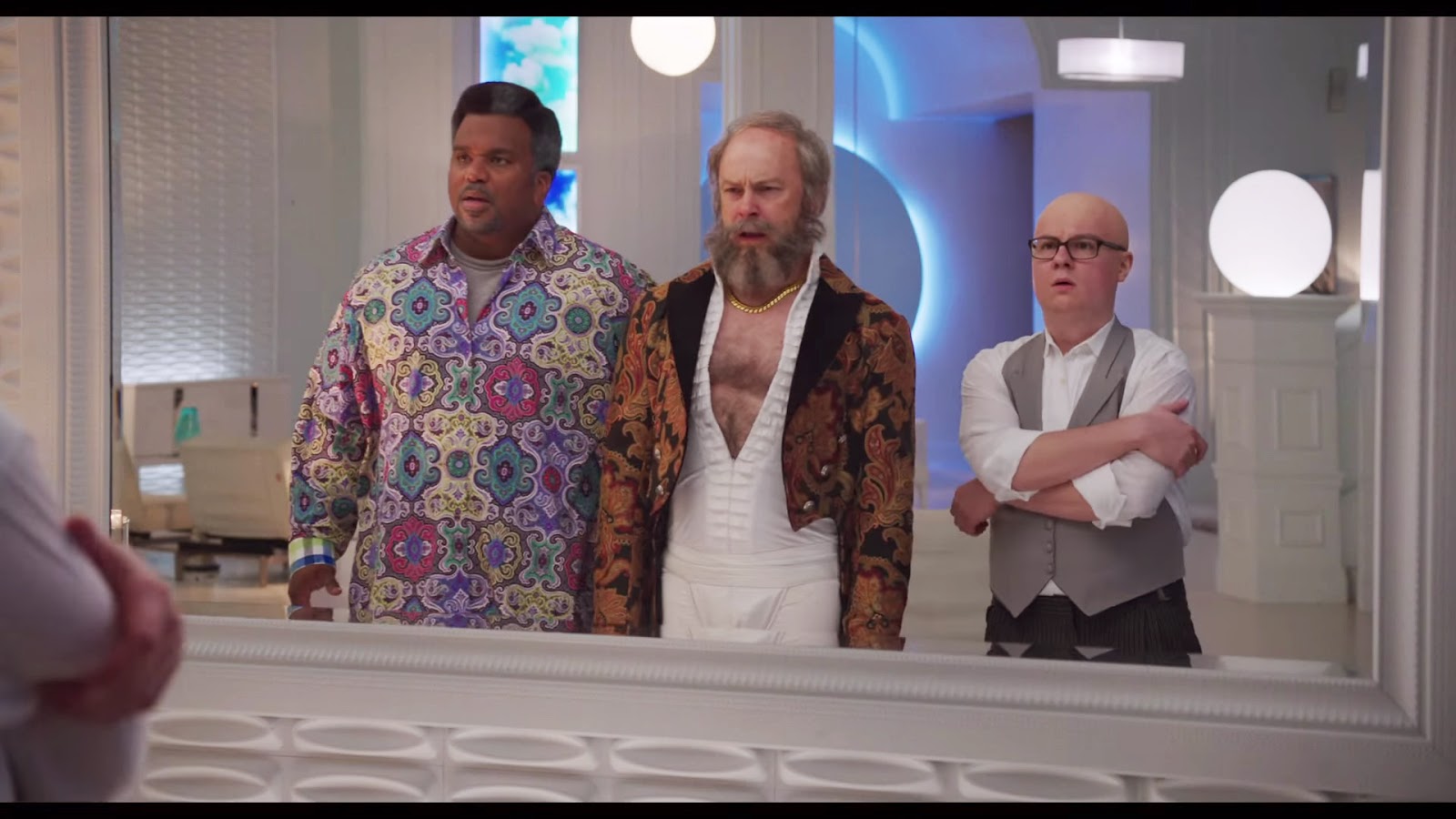 We see the return of three of the lead characters from the first film, Lou (Rob Corddry), Nick (Craig Robinson), and Jacob (Clark Duke).  Missing is John Cusack as Adam, but even looking at some of Cusack’s recent VOD releases, it still seems like he made the right decision.  Anyway, the gang is back and the film continues on with the new reality the guys created for themselves at the end of the first film.  For various reasons…actually, I should just say it directly:  after Lou takes a shotgun blast to the groin, the guys hop back in the hot tub time machine in order to solve the mystery of who attempted to kill Lou.  As this hot tub time machine seems to function on its own accord (the films are really pretty loose with this), the guys are shot into the future, where they deal with all kinds of new developments and people, including Adam’s son played by Adam Scott.  If these guys are able to keep it together, they will have just the chance they need to make everything right-ish.

Despite a rocky opening free of big laughs, there was a point where I thought returning writer Josh Heald and returning director Steve Pink found a way to actually tackle a sequel to the first film, where these guys really dove into what their past activities ended up doing to the future.  As the film continued, I realized I was very wrong and any semblance of true cleverness was instead replaced with easy references to other time travel movies and plotting that ends up not making all that much of a difference, other than providing excuses for dirty jokes.  The first film was not exactly a head scratcher, when it came to the time travel logic either, but to go along with the raunchy humor, that film had a sort of silly charm and heart that kept it likable.  While Hot Tub Time Machine 2 does not exactly go the Hangover Part II route of recycling all of the same jokes, it does share the similarity of being bigger and more mean-spirited than the first. 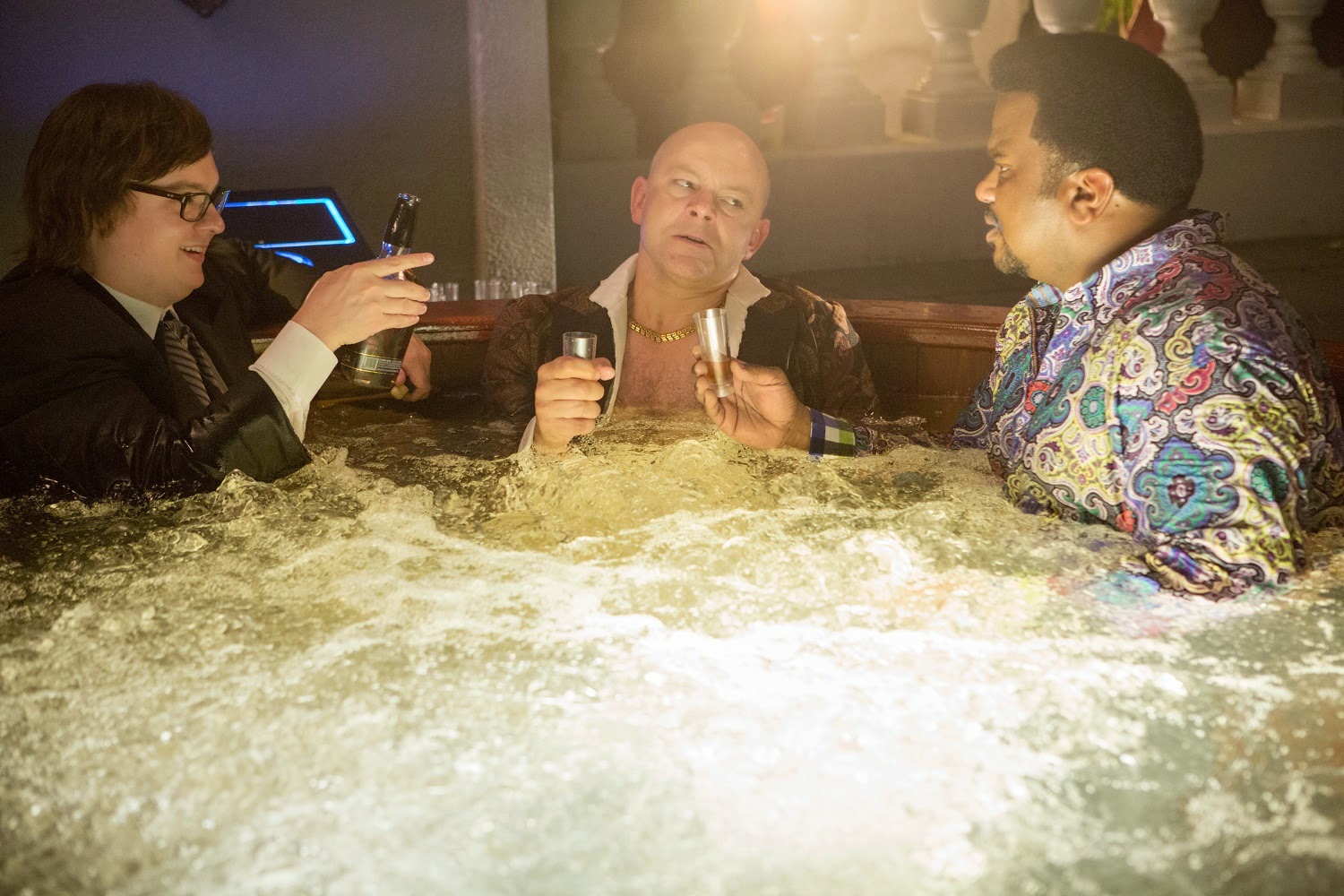 Really, I wanted to laugh and took every opportunity to do so when something generally funny happened, but those moments were unfortunately far in between each other, with a sense of urgency focused on disgusting and daring the audience, rather than be more creative.  There is a scene in this film that managed to go to the lengths of being more offensive than anything seen in Kingsman and feature the kind of abuse that Fifty Shades of Grey was falsely accused of having.  I am not sure if Hot Tub Time Machine 2 set out to be even wackier (in a very dark sort of way) than the very two films released one week prior, but it put the film in a place that it could not recover from, as a whole, at that point.

I am saying the film has its moments though.  The chemistry between these guys is decent enough, even if the jokes between them are much meaner.  There were also a few ideas concerning the futuristic setting of the film (2025) that made for some clever moments and gags.  It is just a shame that not more was done with how these guys really changed the world, given their now direct involvement with the history of the world and technologically.  Yes, this is a goofy comedy, but while the first one embraced the idea of friendship and relationships, this sequel goes a different direction, which is good, but does not do nearly enough to blend the goofiness with the potential it had mess around in the future in a more enjoyable way. 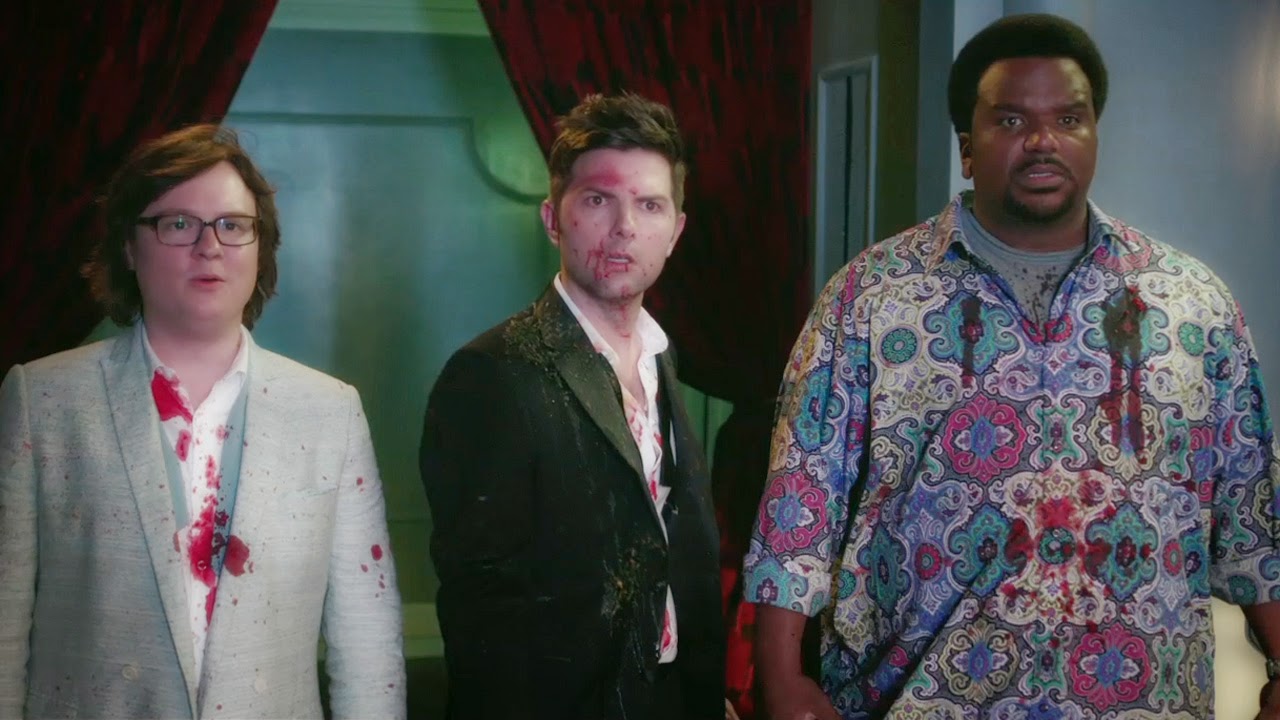 Continuing to prove the rarity of a worthwhile comedy sequel, Hot Tub Time Machine 2 does not manage to get across enough laughs to make this anything more than another look at a raunchy group of guys, minus a few of the things that seemingly held it together.  The absence of John Cusack may or may not be the sole reason this film is a mess of unfunny gags and offensive humor, but the minor laughs to be had are not enough to make up for all the stuff that does not work.  The lead actors are certainly happy to be back for more, but this second dip in the tub is too crass and lacking in much else to make it work against the odds in the same way its predecessor did. 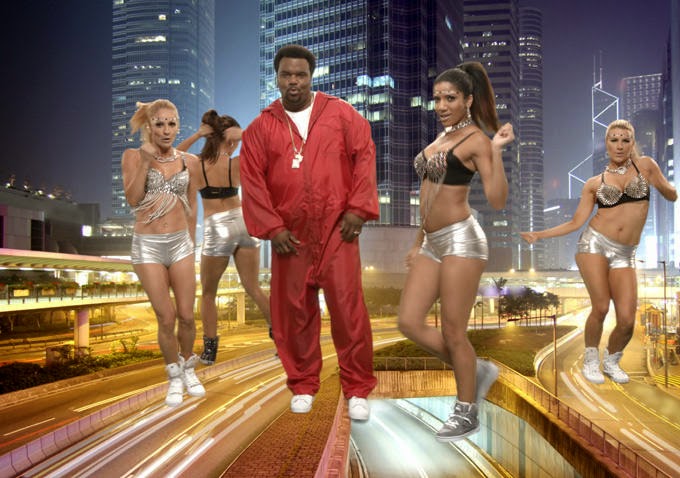 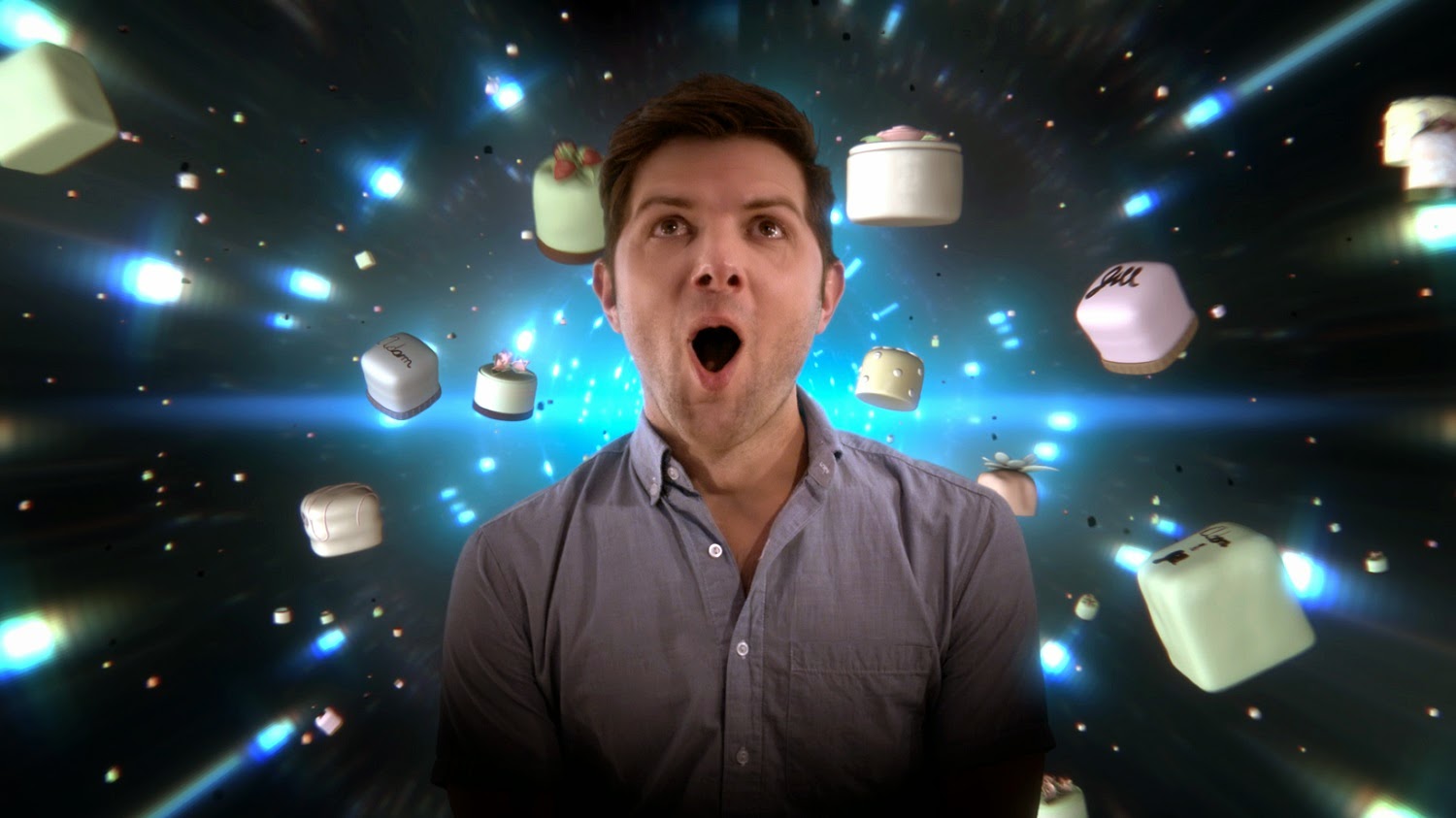