A View To A ‘Kingsman’ (Movie Review) 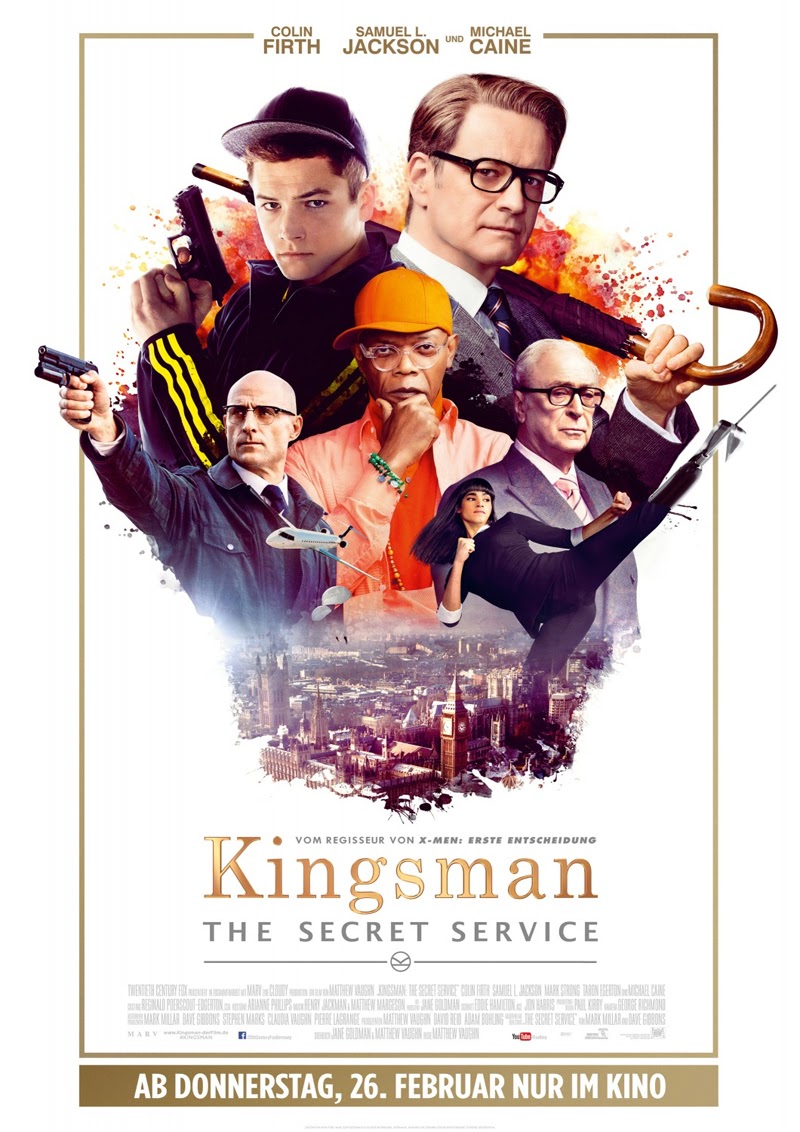 Kingsman: The Secret Service:  4 out of 5

The Spy Who Loved Me is one of my favorite James Bond movies.  It is easily the best of the Roger Moore entries, but also a fine example of how strong the more cinematically over-the-top versions of the world famous British spy can be.  Kingsman: The Secret Service essentially functions as one of the more outlandish James Bond entries, albeit made up of different characters and stemming from a graphic novel world, with a style and tone fitting of the millennial age.  Director Matthew Vaughn, along with his screenwriting partner Jane Goldman, clearly had fun developing and filming the sort of R-rated madness taking place in this self-aware action-comedy, but it also has some of the dry British humor and sensibilities that make it more than just a new take on the ‘spy spoof’ for regular movie goers and a series of in-jokes for the filmmakers and movie geeks invested in the entertaining work of filmmakers like Vaughn.  It is more than that, which comes in the form of a smart script that services most of its principle characters properly and is also a lot of fun. 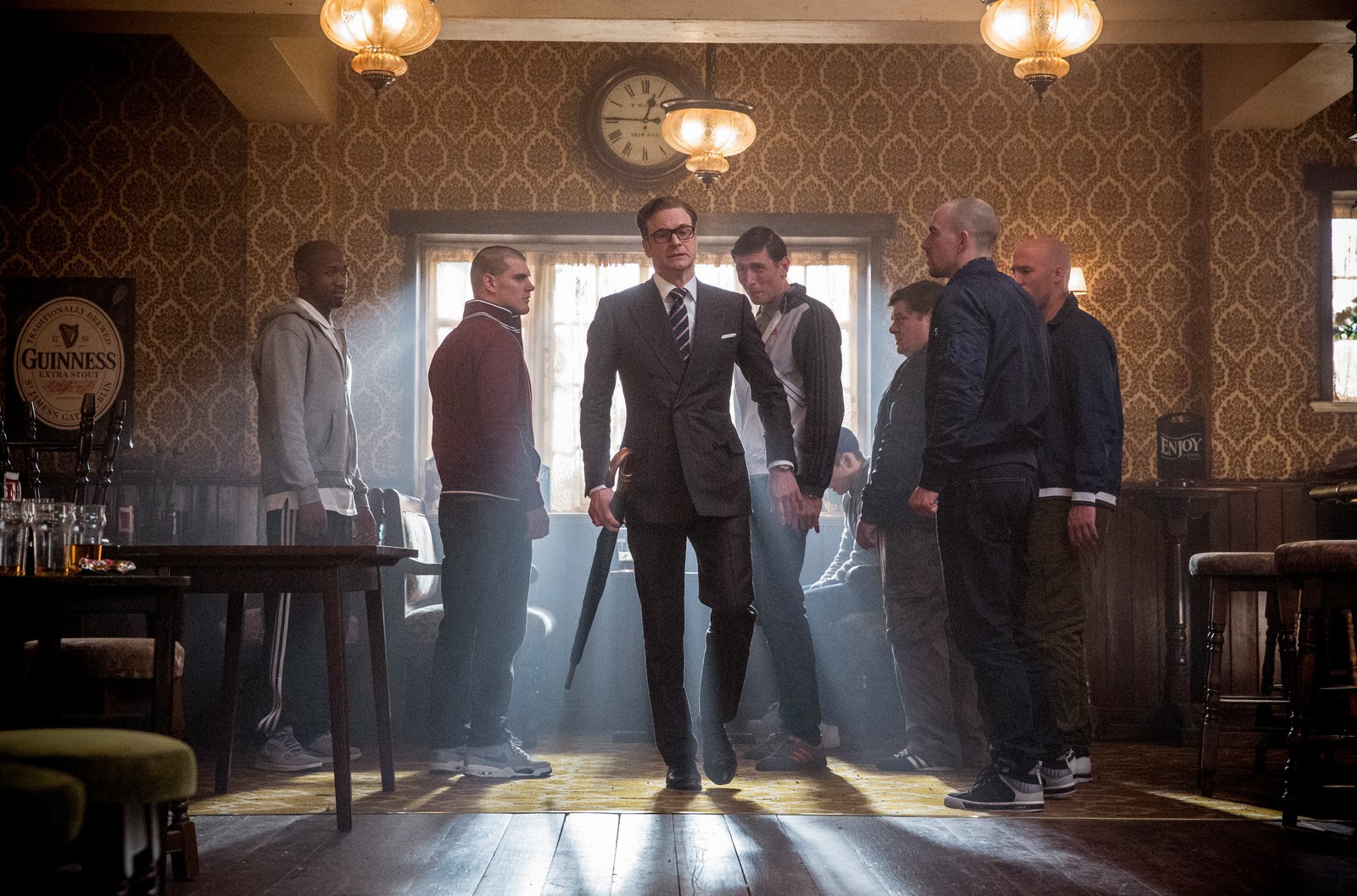 In this film, there are only a handful of key performances, but each actor really brings there all to what is required of them in ways that set them apart from past performances.  The utterly charming Colin Firth is Harry Hart, a secret agent who can handle himself in a fight quite easily.  Usually quite villainous, Mark Strong is now Merlin, a tech expert, with his mind set on keeping the world safe.  Michael Caine is actually more or less a familiar Caine-type character, but he is the leader of this group of secret agents, known as the Kingsmen.  And then you have the villain of the film, Samuel L. Jackson as Richmond Valentine, a billionaire computer tycoon with a lisp, who has the kind of plans that would have any Bond villain anxious to invite him into their secret volcano lair.  For protection, of course, Valentine has a bodyguard/assistant, Gazelle (hip-hop/street dancer Sofia Boutella), who has artificial legs fitted with deadly blades.

These are all important people to keep track of, but ‘Kingsman’ is really more of an origin story for Gary “Eggsy” Unwin (Taron Egerton).  It is easy enough to say Eggsy is the way to invite the audience into the world of the Kingsmen, with the film itself essentially having the structure of Men in Black, with the coating of a James Bond film, all thrown into a Kick Ass blender, but what it may lack in truly original plotting, it more than makes up for in its presentation and attitude.  There is plenty of praise I can give to the kinetic visual style and impressively-staged action that Matthew Vaughn has successful developed over the years (he’s also responsible for Stardust and X-Men: First Class), but a lot of the weight of this film really sits upon Egerton’s shoulders, who is more than capable of handling it. 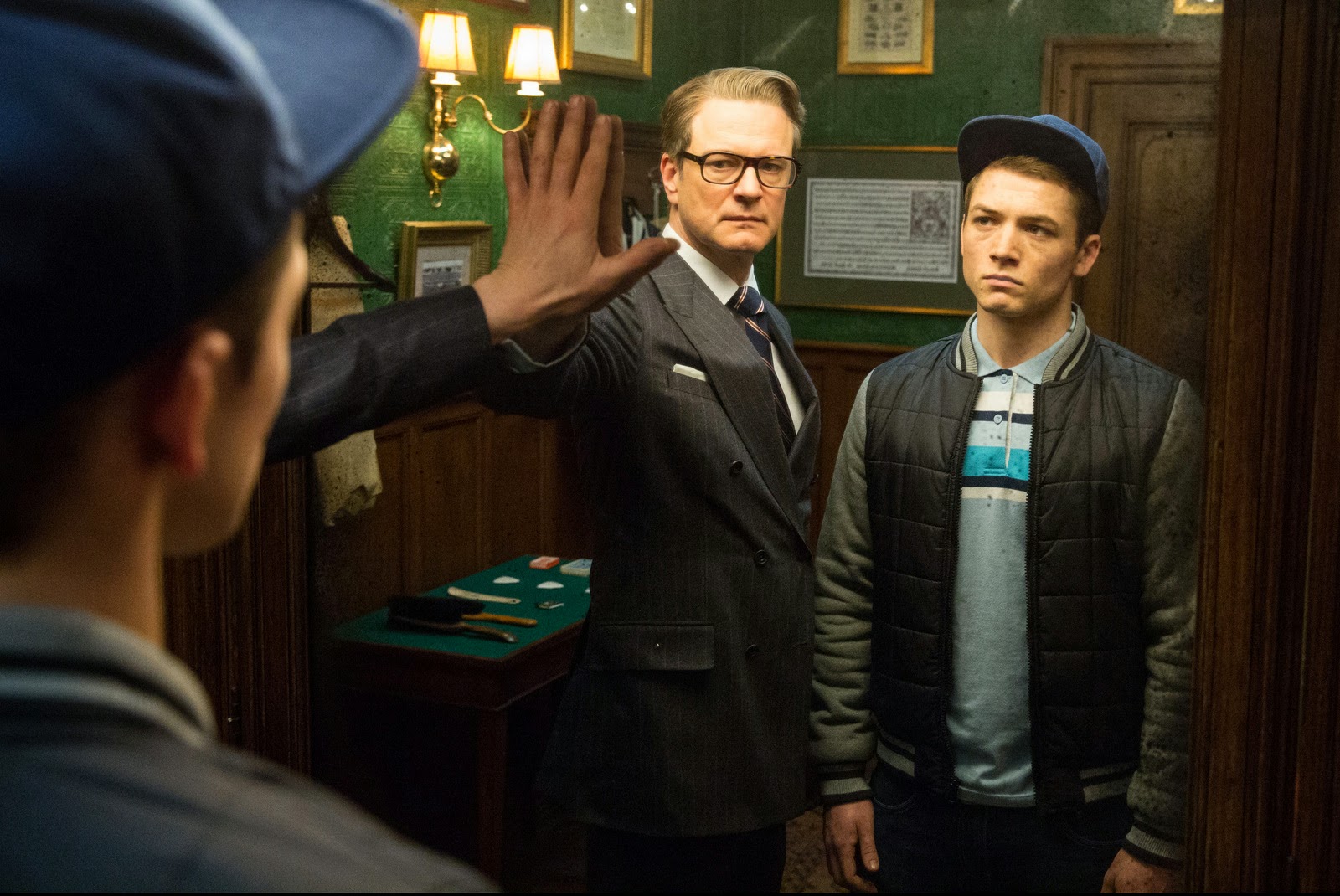 It will be easy to single out Colin Firth’s character, as he gets a lot of great dialogue and scenes to act in, along with a standout action sequence at the end of the second act, which is simply tremendous, but Egerton’s Eggsy is who we are ultimately rooting for.  From what I saw here, this kid has talent, charisma, and a great career ahead of him, if he plays his cards right.  The way he works with the other seasoned actors is impressive, his physicality and comic timing are totally appropriate, and most importantly, he is not just the bland hero character we are forced to follow along with.  There are a lot of wild characters in this film and Eggsy is fortunately not just the one to take the audience to them; he gets in on the fun as well.

As for the rest of the film, if the plot is what you need to be sold on, well it involves a bunch of secret spies trying to stop a madman from destroying the world; there, I said it.  Moving on, we also have to contend with Eggsy doing what he can to become one of the new Kingsmen agents, but that is really more of a way to show us how cool (and very decidedly British) the Kingsmen are.  They wear great suits, exhibit wonderful manners, and have badass spy equipment that is both effective and suitably stylish.  Umbrellas can help Kingsmen stay dry and protect them from a hail of gunfire.  Glasses can be used to see embedded codes and holograms of people communicating with one another.  It is fancy stuff and I can only imagine the Kingsmen Edition Aston Martin is being saved for the sequel, Quantum of Kingsman or Kingsman Are Forever. 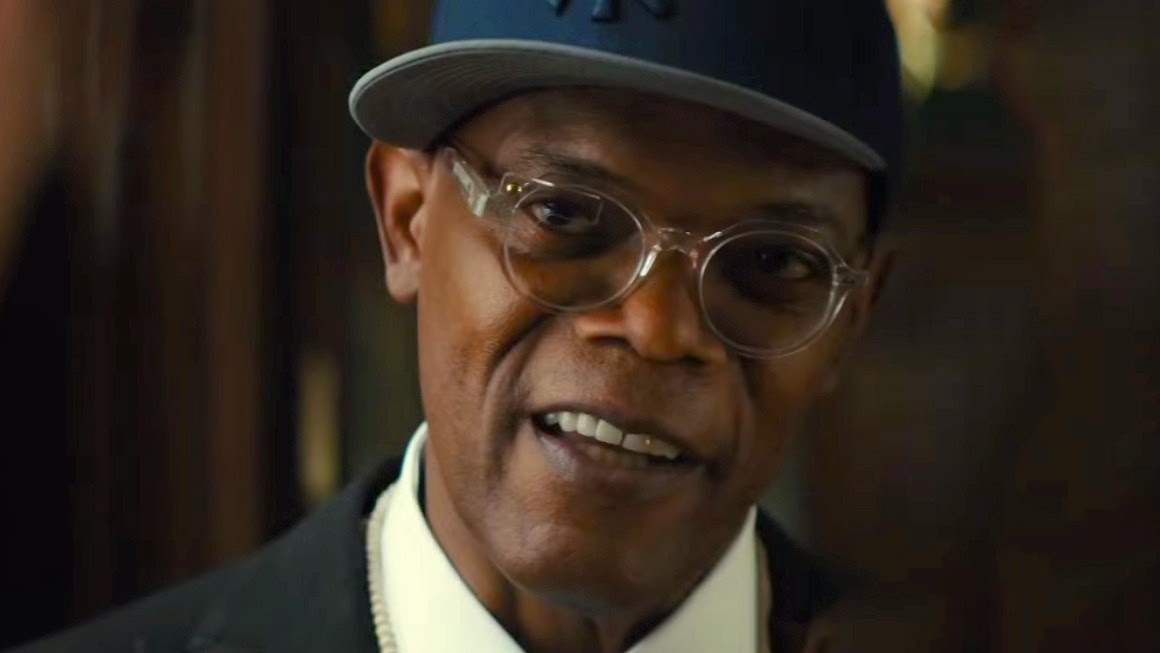 The film is based on a graphic novel developed by Mark Millar and Dave Gibbons.  Vaughn previously adapted Millar and Gibbons’ Kick Ass and what I like about his adaptation, which proved even more effective with this film, is how Vaughn tones down the extremes that Millar tends to go too far with.  Where Millar is not one to understand the word “enough,” Vaughn is the one who knows how to rein things in and respect what works better cinematically.  Kingsman: The Secret Service may still be a bit overlong, be a little to on the nose with the references, and go a little too far with at least one of its jokes (I am thinking of a sexual one towards the end), but it also does fine in giving proper motivation for its characters, treating the narrative with respect, and, best of all, being consistently fun and engaging.

Thoroughly violent and fairly crude in spots, but also smart, funny, and inventive, Kingsman: The Secret Service takes the familiar concept of updating the spy genre in a slick and humorous fashion, by approaching it with a level of energy that is unique to director Matthew Vaughn.  This may or may not be Vaughn’s best film yet, but it does speak very well to what he is great at doing, which is crafting witty scripts and exciting action that is punctuated by his hyper-stylized sensibilities.  There is a very fun movie to see here, as it takes the classic spy adventure and goes totally crazy with it. 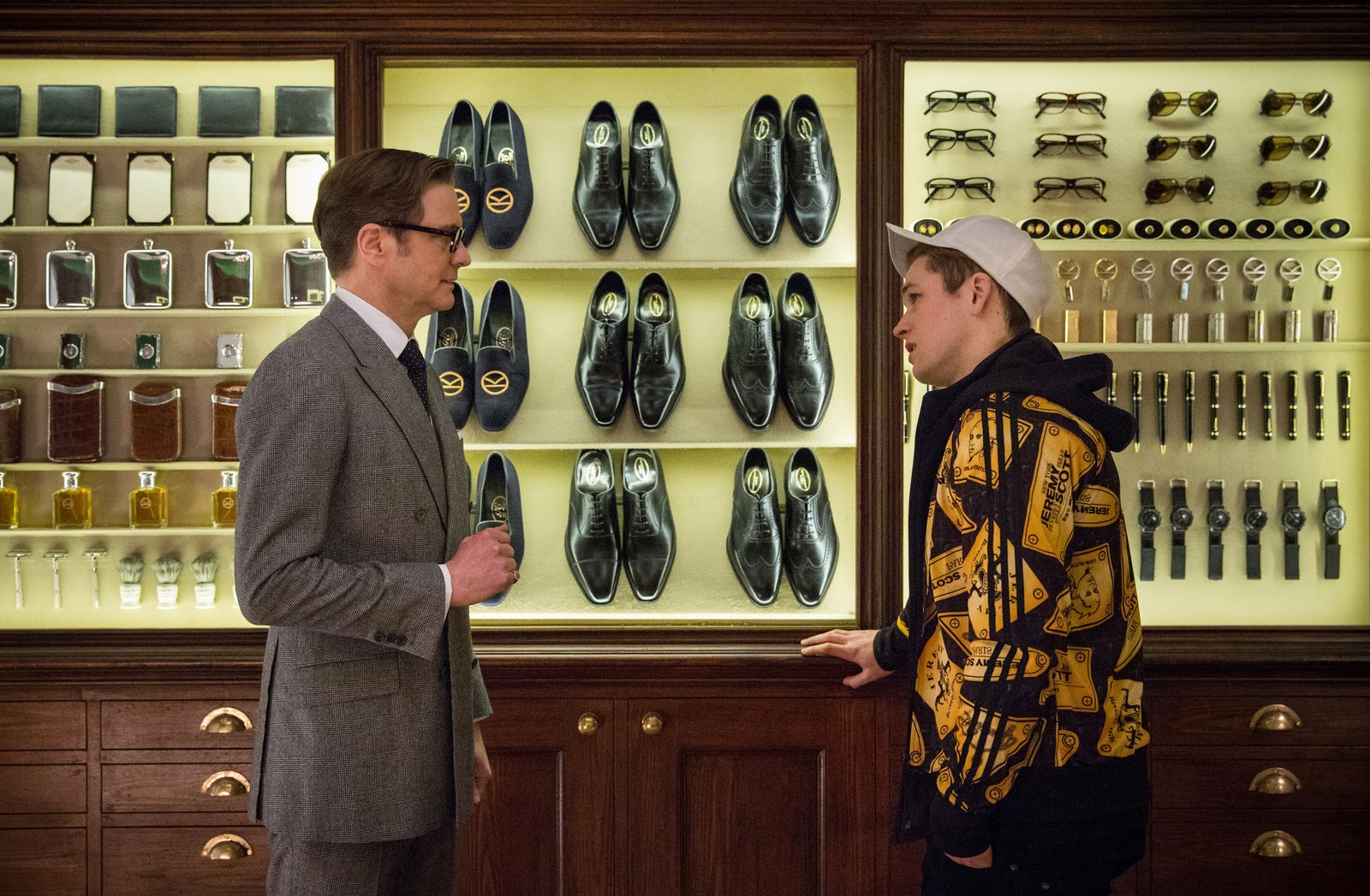 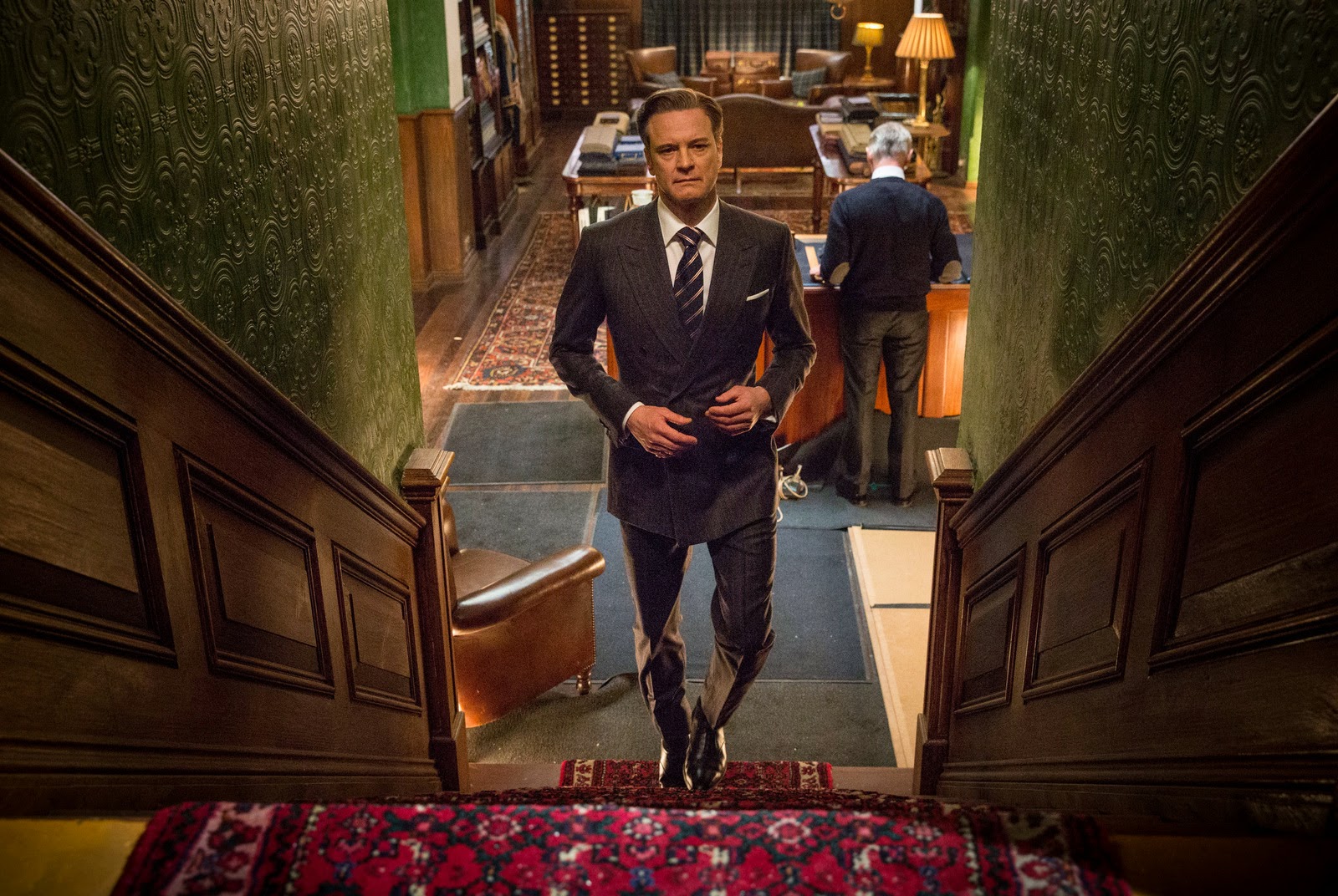