‘Mortdecai’, A Shot In The Mustache (Movie Review) 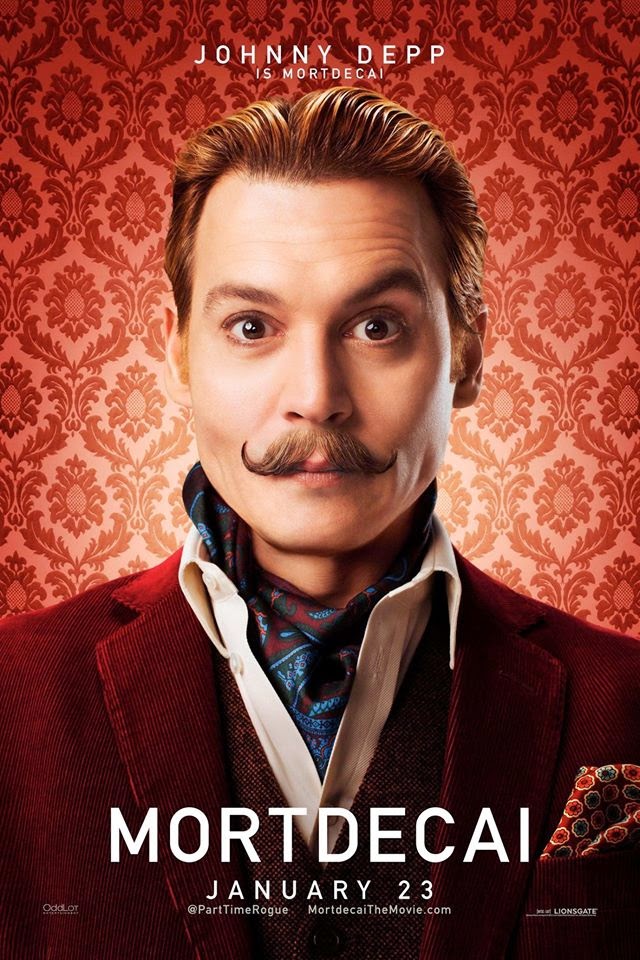 Inspector Martland: What is that thing on your lip?

At its best, Mortdecai is an adult-skewing drama that uses its big-name cast to its advantage, as everyone does their best to show how much fun they are having, while being moved along by the comic zip of director David Koepp’s direction.  This is not a sentence that I can apply to the whole movie, unfortunately, but Mortdecai is by no means the disaster that would be suggested by its January release date and lack of much publicity, beyond the basic marketing via trailers and posters.  Really, it is a globetrotting adventure with fairly low stakes and a lead performance from a very game Johnny Depp that you will either enjoy or find irritating.  Fortunately, the film does have other actors also doing their part, even if the film is fairly minor in every sense.  That in mind, this is far better than The Tourist or whatever the hell Steve Martin was doing in those Pink Panther movies. 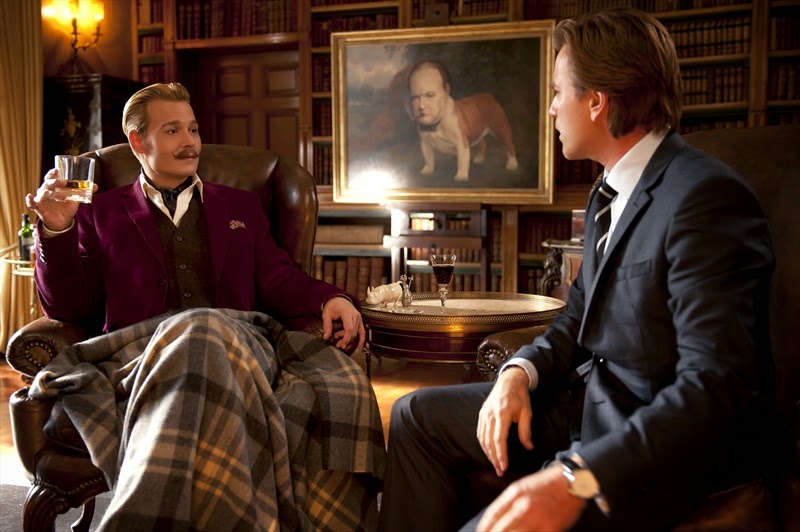 Based on a series of comedic mystery novels from the 70s by Kyril Bonfilglioli (who was also an art-dealer, actor, sci-fi editor, and champion swordsman!), the film stars Johnny Depp as the eponymous Mortdecai, a debonair art dealer with plenty of eccentricities, which is by no means strange territory for Depp.  Mortdecai lives in a large mansion in London with his wife, Johanna (Gwyneth Paltrow, as the other American playing British) and his loyal manservant/bodyguard/badass, Jock (Paul Bettany).  At this current stage, Mortdecai has two new things going on in his life.  First, he is going broke and takes on a job to recover a stolen painting from one of his friends/rivals, Inspector Martland (Ewan McGregor, in full straight man mode).  Second, Mortdecai has grown a new mustache, which he believes is amazing in every sense.  That may not be as important as a job that could get him killed, given the nefarious individuals that also want the painting (including a nymphomaniac, played by Olivia Munn), but this mustache is certainly given a lot of attention.

Here’s the thing; I enjoy Johnny Depp.  Yes, there are a lot of people that seem to sigh at a new project that allows him to put on some sort of wacky costume or accent, but there is something to be said for an actor that nearly always commits and rarely seems to be portraying the same character twice, Pirates sequels aside.  That in mind, given that Depp’s last performance as a ‘normal’ person was in the abysmal Transcendence, I am glad to see him in a role that at least finds him quite energized and seemingly invested.  Still, the films really does live or die on how one takes this Depp performance, outrageous accent, mustached, teeth, and all.  Understandably, it can be a mixed bag, but while the film only has so much to offer, I did enjoy the rest of the cast, which is what most can find as a decent takeaway for a forgettable film. 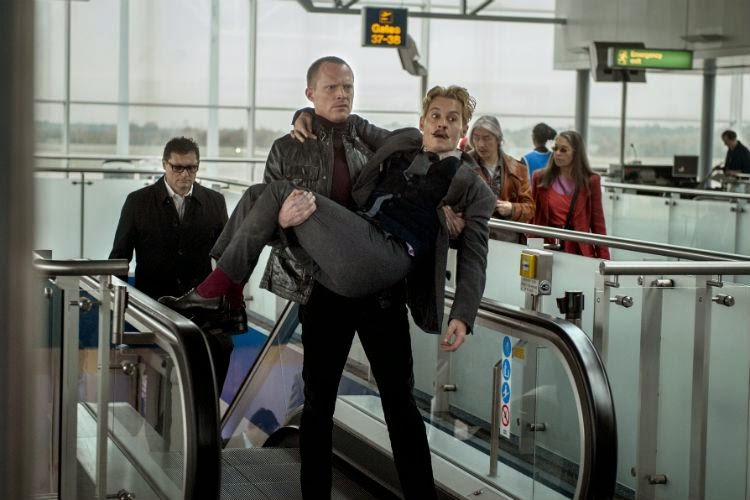 Paul Bettany is the true standout here.  His character is a perplexingly loyal servant to Mortdecai.  I say this, because we learn Jock has been injured (including shot) many times by his boss, but still does everything to keep him safe.  It helps that Bettany dives headfirst into this role, serving as a true badass in many moments, adopting a very gruff accent, and having plenty of fun with the running joke about his very active sex drive, which provides some of the biggest laughs in the film.  Gwyneth Paltrow is also having a good amount of fun in this film and while not as engaging as she is in her Pepper Potts role, she is still given plenty to do in this film, rather than just be walked all over by Mortdecai.

There is actually plenty to be said for the way Depp tries to allow the other actors time to shine.  Yes, it is called Mortdecai and the film has him as the key focus and source of the humor people may or may not enjoy, but much like Will Ferrell films, the supporting cast seems just as involved as everyone else.  Not everyone is given the most justice, with actors like Jeff Goldblum only showing up for a few minutes, before having us go back to the main adventure involving the main characters, but if one wants to call this a vanity project for Depp, it should at least be known that he attempted to share the spotlight. 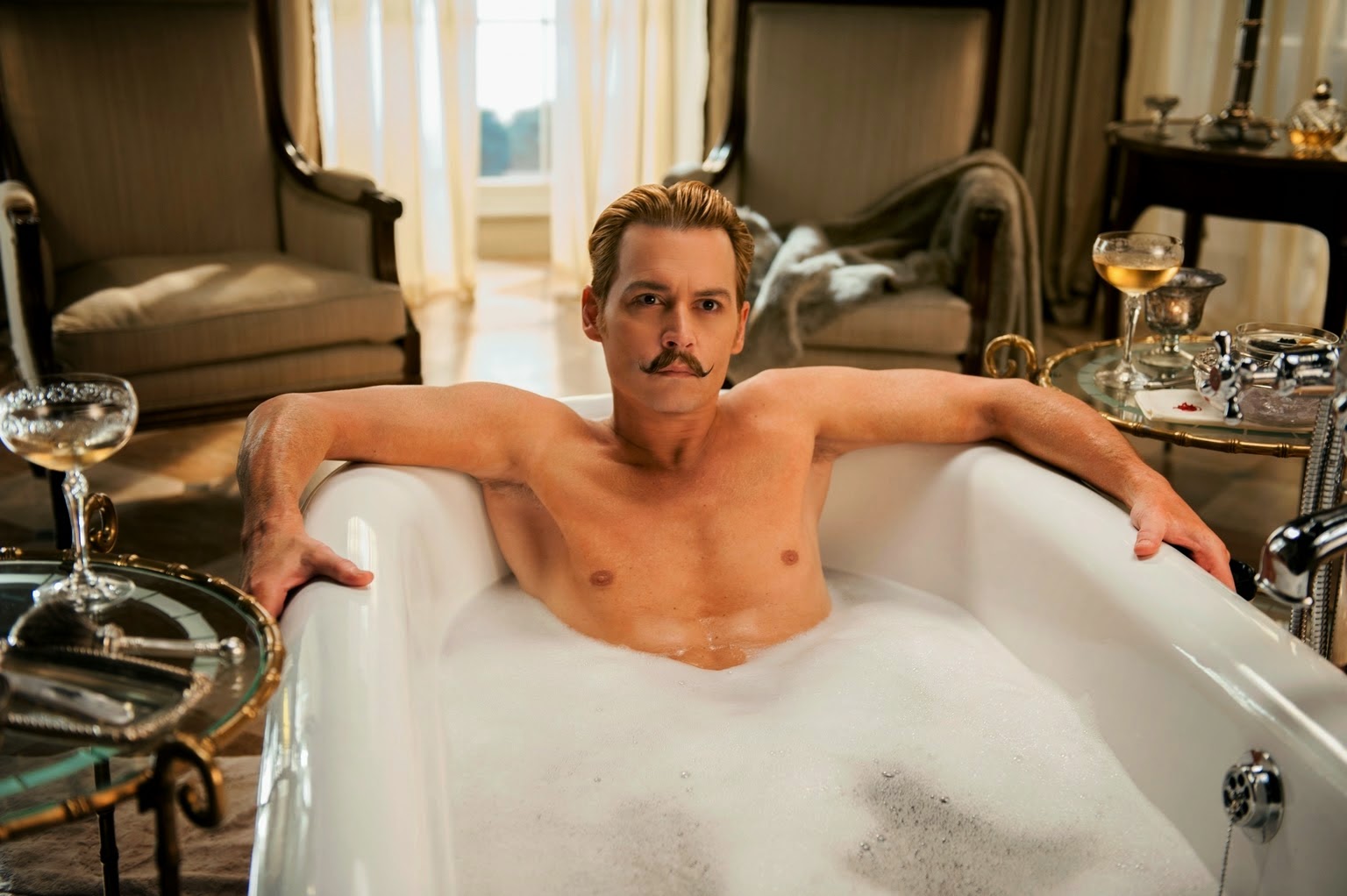 All of this in mind, the film is still pretty forgettable.  It is a mild comedy/adventure for adults, but lacks a sharper screwball wit to really make it more worthwhile.  One could imagine how good a film like this could have been if it came from the 80s and starred John Cleese, for example, let alone two Brits in the lead roles, rather than two Americans, with an American director at the helm.  Still, I had a few laughs and Paul Bettany really does steal the show.  Not a must see, but by no means a travesty.

Mortdecai: I feel as though we’ve made a wrong turn and arrived on the set of a pornographic film. 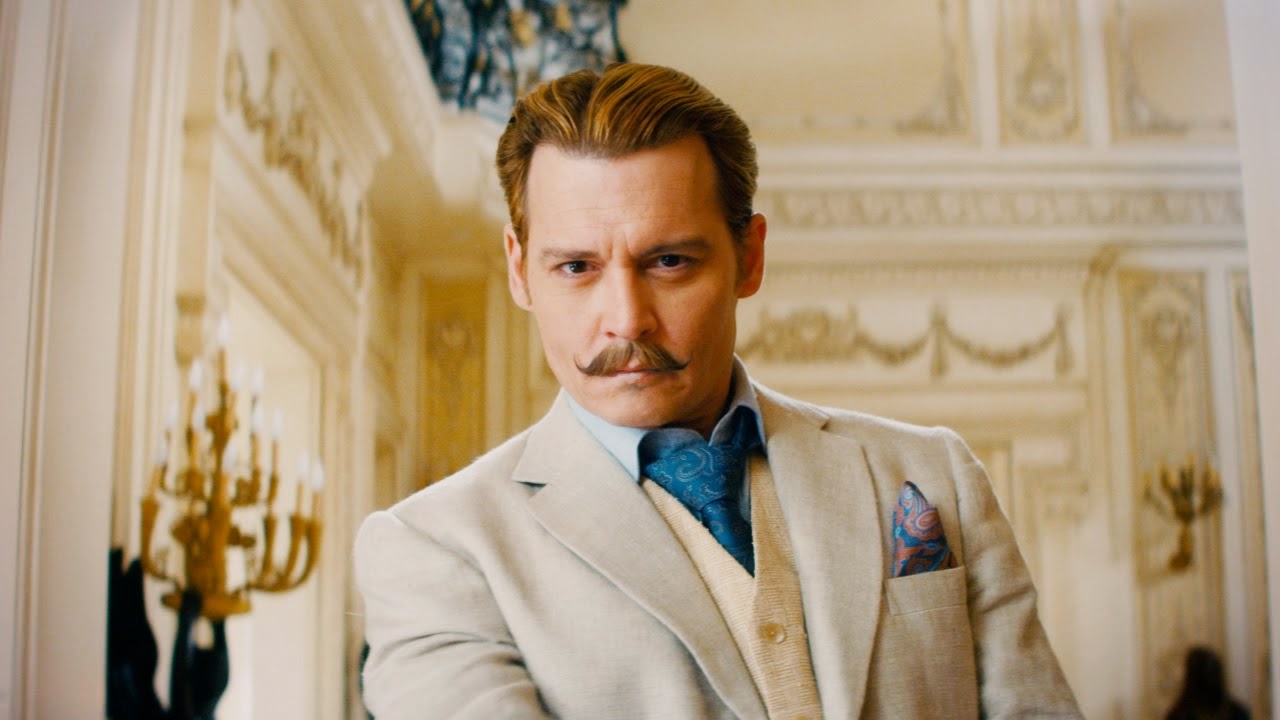 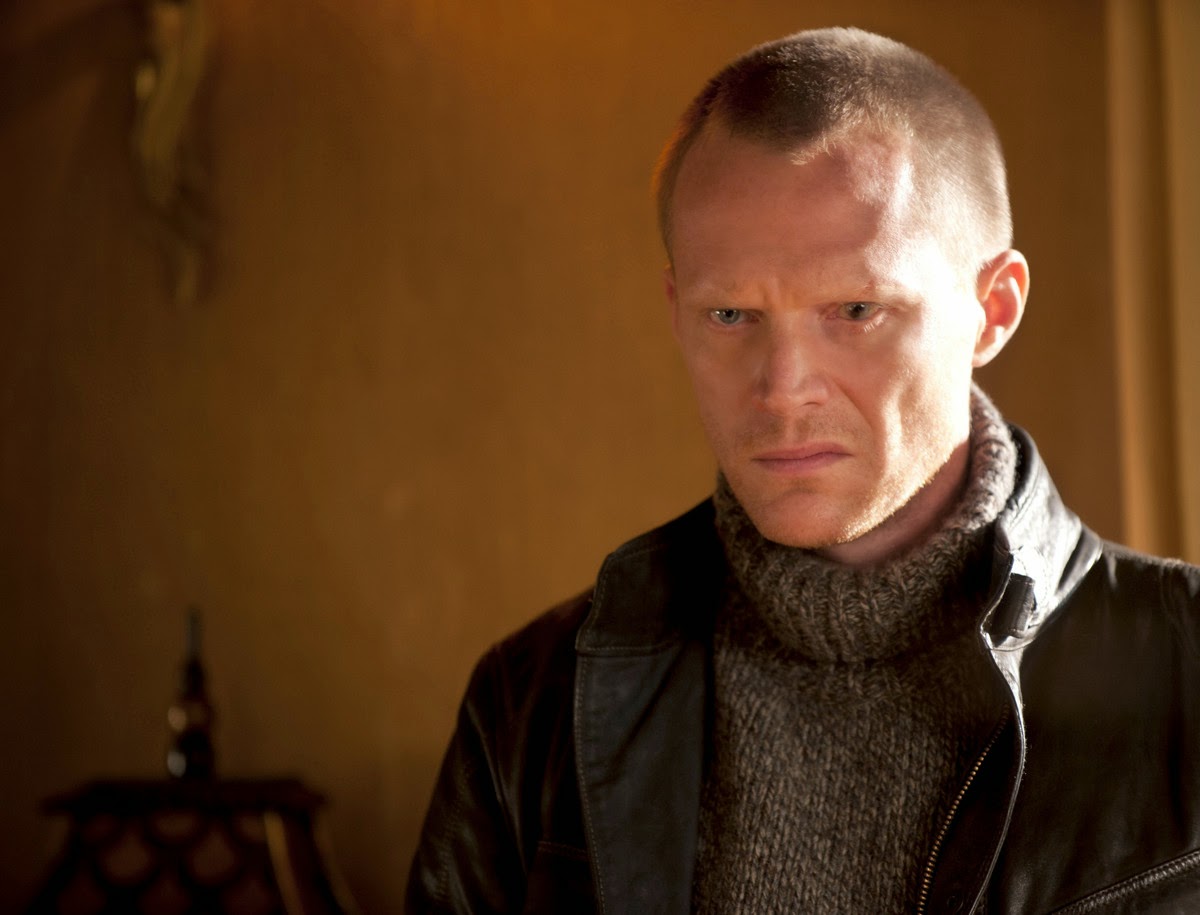 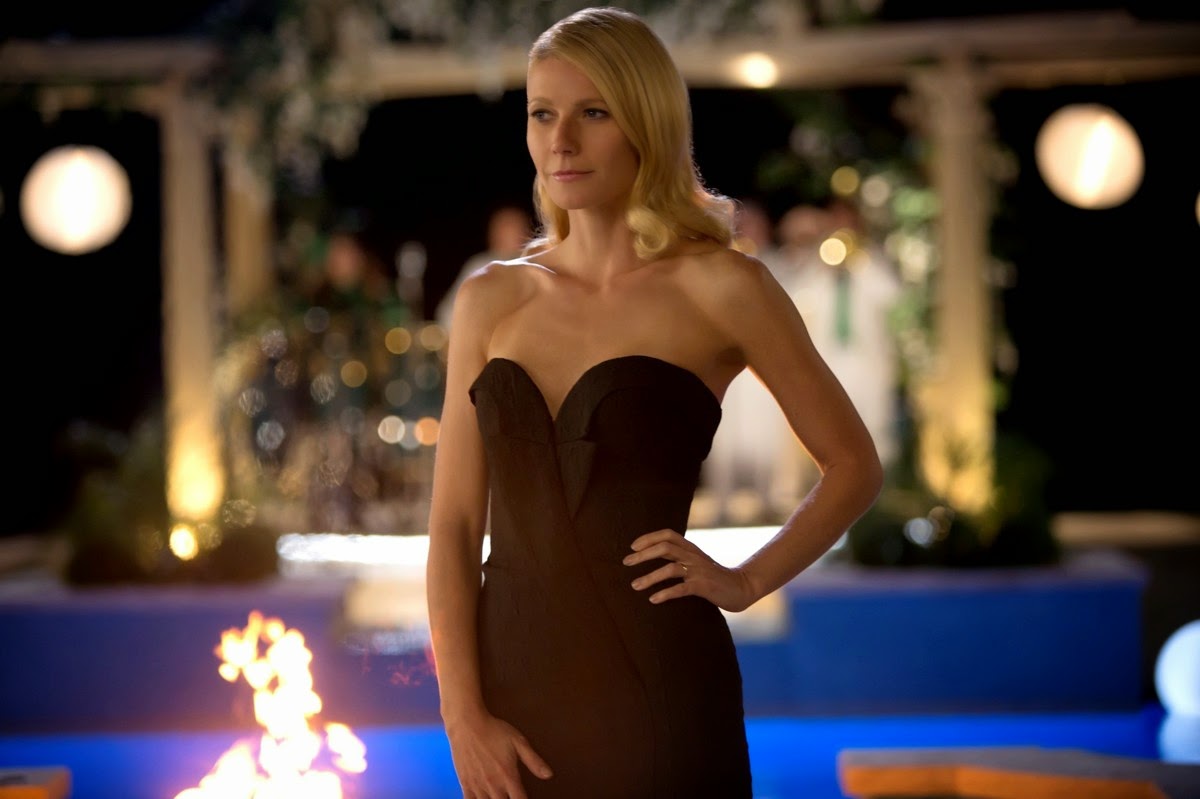 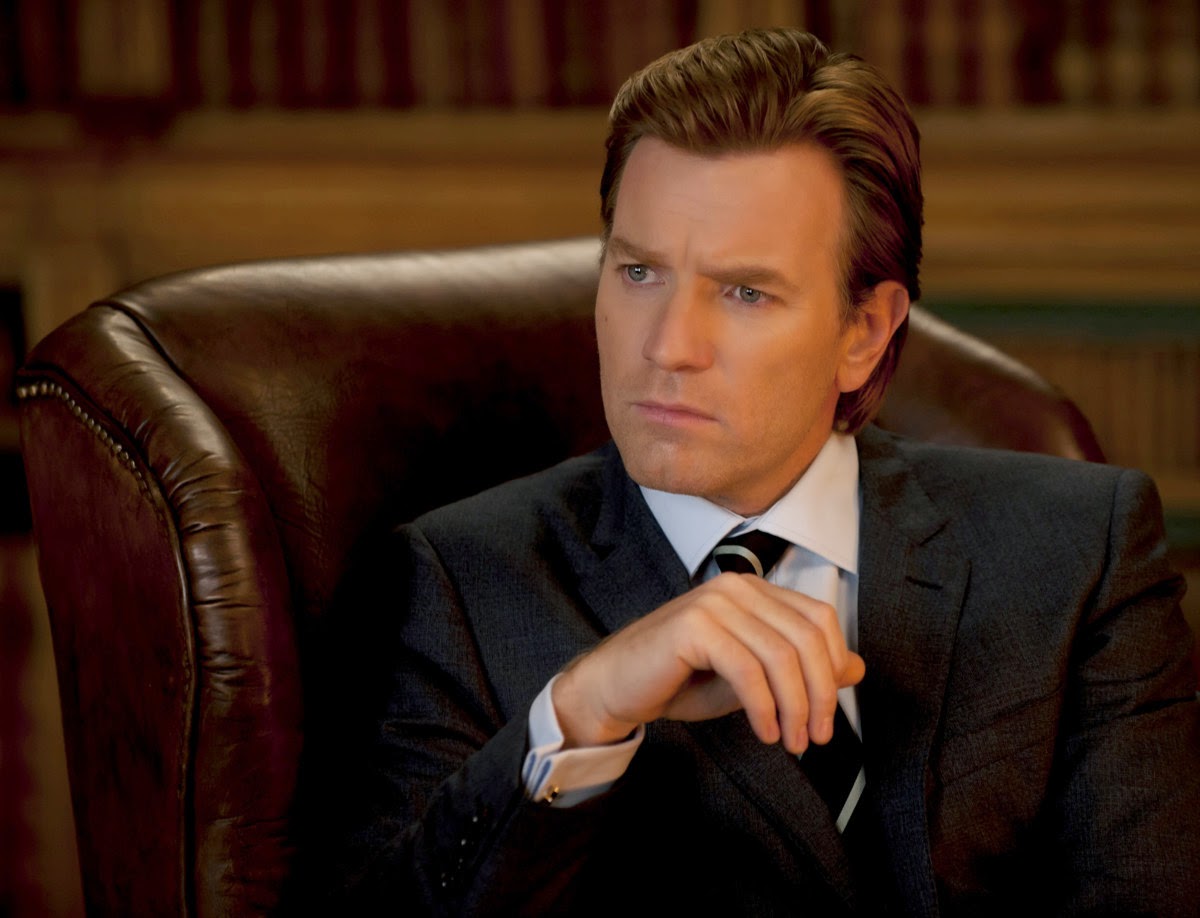 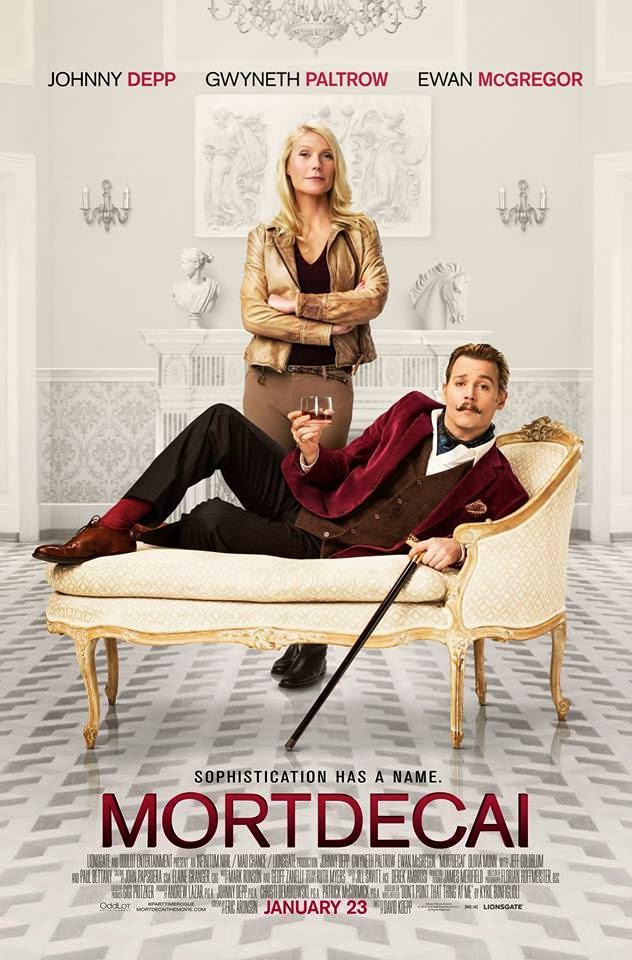