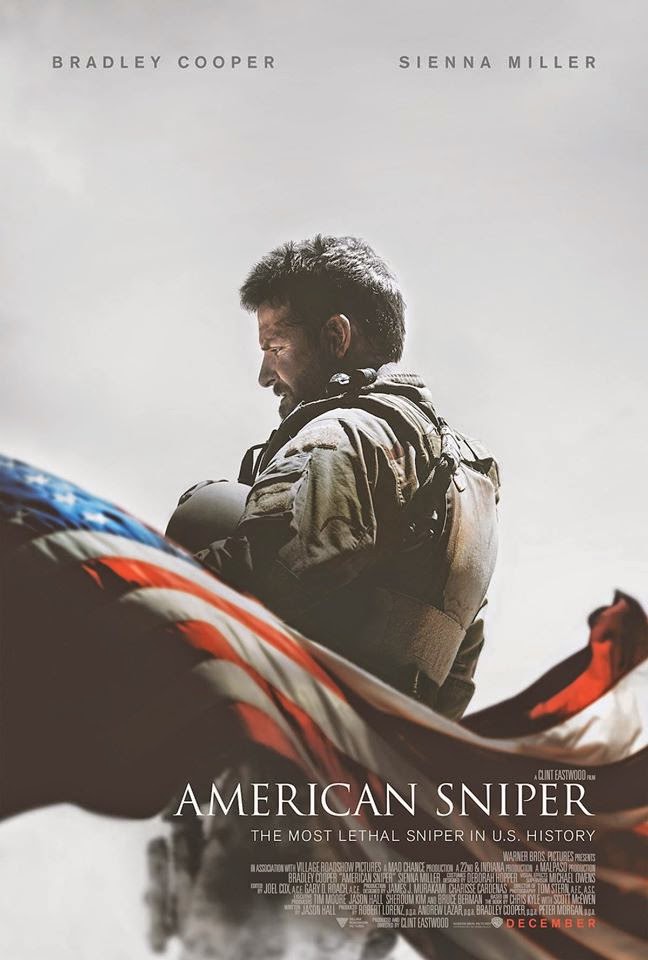 American Sniper: 3 out of 5

Taya Renae Kyle: If you think that this war isn’t changing you you’re wrong.  You can only circle the flames so long.

So director Clint Eastwood decided to pull a Spielberg and be a double threat in 2014, but while Jersey Boys and American Sniper are no Jurassic Park and Schindler’s List (and perhaps not even a Lost World and Amistad), the latter film is certainly his best effort in some time.  That may not be saying much, but American Sniper, while not the most engaging war film in terms of having much to say, without adding a layer of schmaltz on top (fitting with the strong war violence presented), did interest me on another level.  Despite being an uncomplicated, yet never-dull and efficient war-drama, I was intrigued by seeing a filmmaker like Eastwood make an attempt at a film that studies masculinity, given his own career as a gruff, male action hero.

At this point, I don’t see much use in getting into the nitty gritty of what is true and what isn’t or how things match up to what the book presents or even come close to questioning the legacy of Chris Kyle, a Navy SEAL proclaimed the most lethal sniper in U.S. military history.  Seeing this film several weeks after its limited release in LA/NY, let alone writing about this film a day after seeing it and a few hours after it has received 6 Oscar nominations, there are more involving think-pieces out there for those that want to read into other aspects of the film.  No, as it stands, I just want to go into what I thought about the film in a time where I have had issues with simplistic and overdone war efforts such as Lone Survivor and Fury, while having plenty of praise for more complex films, like the double dose of Bigelow in the form of The Hurt Locker and Zero Dark Thirty.  With American Sniper, a film that is frequently exciting, well-acted, and technically proficient (save for a poor robot baby), the issue is not about how accurate the film may be, but rather what it seems to only half-heartedly try to get across, when it comes to making a point.

Really, I would be all for a film about Chris Kyle (played here by Bradley Cooper) and the look at a regular Texas man who went on to be nicknamed “Legend” for his accomplishments during the four tours of duty he served in the Iraq War.  Just reading a sentence about who this man was indicates an interesting story about what led him to become such a man, let alone what effect it had on his life as a husband and father.  Unfortunately, we only get glimpses of the stuff that matters in favor of a lot of violent action that doesn’t understand that we get the idea quickly enough and instead provides a relentless look at how tough it is for the men over there.  The screenplay by Jason Hall, adapted from Chris Kyle’s own memoir (written with Scott McEwen and Jim DeFelice), does not help matters much, given the very boilerplate dialogue and a lack of true characterization for anyone other than Kyle, with the portrayal of Kyle only really coming through thanks to Cooper’s dedication to the role.

Now I understand that a movie called American Sniper, focused on the life of Chris Kyle, does not need to delve into the lives of everyone around him, but at the same time, the narrow focus of the film keeps it from engaging in any deeper discussions of what is going on with either Kyle or in the war itself.  That last point in mind, I would not expect an Eastwood film to make any kind of out and out statement about what is going on, but to the more important point, Kyle’s state of mind, we really do not get much of it, which is why the most effective and involving scenes in the film are not the tension-filled scenarios that put various individuals in Kyle’s crosshairs, but the ones of him back in the U.S.  Two scenes easily stand out.  One has been featured in the trailers for this film, as Kyle is in a bar on the phone with his wife (played by a terrific Sienna Miller, working very well in an underwritten role) and Cooper is given just enough time show what is going on with him.  The other involves a very uncomfortable Chris Kyle being very positively addressed by a man he saved in combat.  I could delve more into how great Cooper truly is in this film, which includes his physical transformation, but those scenes speak for themselves. 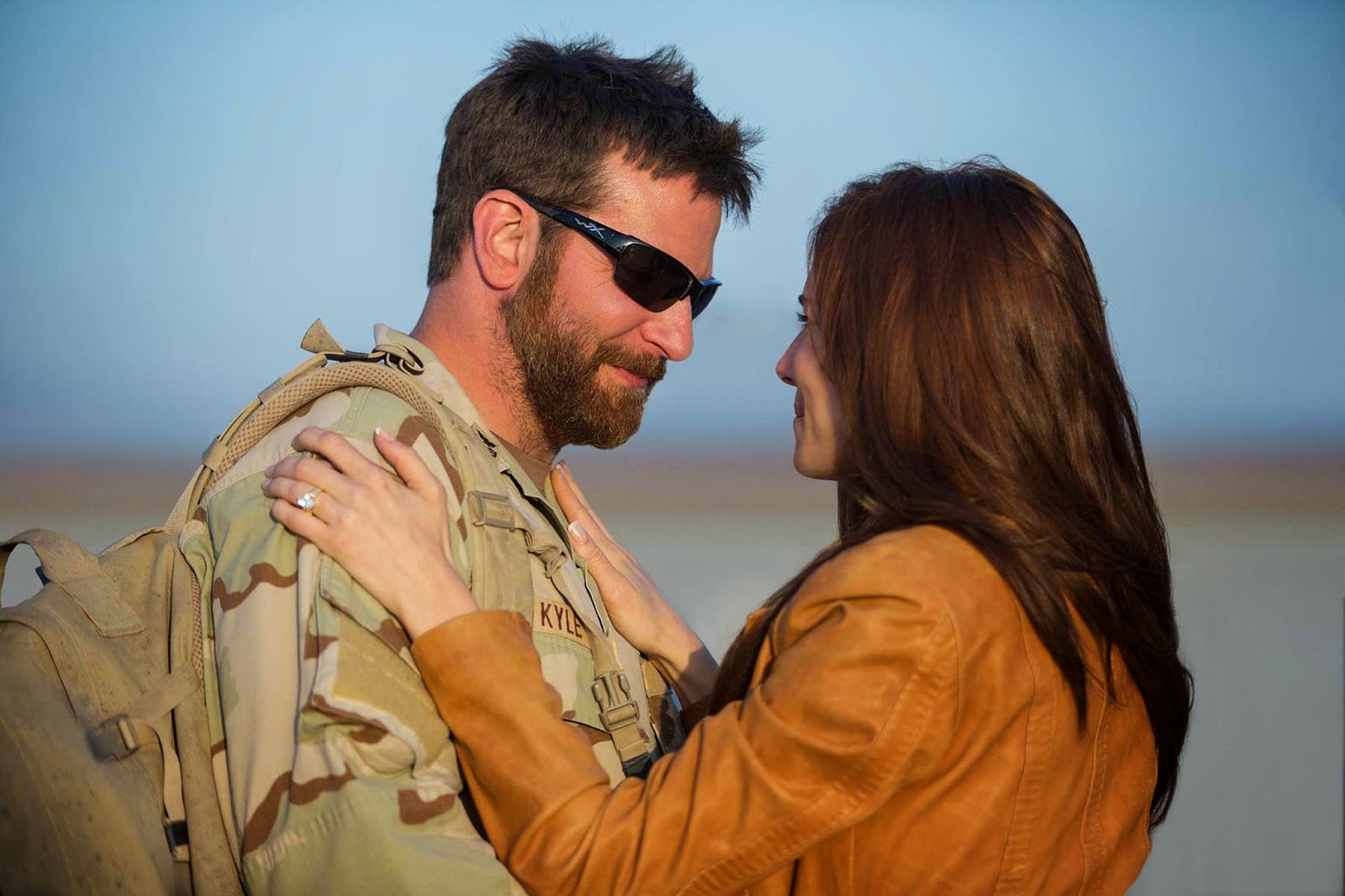 Getting back to another point about Eastwood and how choosing to make this film seems rather interesting, I really wish more could come from him, beyond just an expectedly efficiently made film.  At 84 years of age, with over 30 films under his belt, one may not expect to see much ambition from the Man with No Name at this point, but at the same time, Sniper could have been an interesting look at what it means to be the kind of ‘hero’ Kyle was touted as being and how that affects the psyche of a man attempting to live an ideal life, following his experiences in war.  Back in 1992, Eastwood used Unforgiven as a fascinating look at how one responds to the years of being a ‘cool, gun-slinging bounty hunter’ with a meditative look at a man who had to deal with his past, all of which was buried under the guise of being the last great Clint Eastwood western.  In American Sniper, following the many action sequences, we get scenes that feel more like padding than an actual look at the parts of Chris Kyle’s life that were just as challenging.

I am at least happy to be able to find such an interesting aspect involving the relation of this film with Eastwood in a film that seems to only want to address its deeper themes on a superficial level, but at the same time the visceral nature of seeing the experiences of Chris Kyle is hampered by a lack of more substance.  That in mind, Bradley Cooper truly delivers here and the film is rarely uninteresting to watch.  It has the personality of a Clint Eastwood film and regardless of what it could have done, what it does do is keep the romanticism to a minimum.  Honestly, I think the words ‘glorification’ and ‘jingoistic’ get thrown around too loosely these days and while I would not go that far, there is only so much to glean from a movie featuring a character that accomplishes a lot, but also refuses to talk about it.

Marc Lee: You got some kind of savior complex?
Chris Kyle: No. I just want to get the bad guys, but if I can’t see them I can’t shoot them. 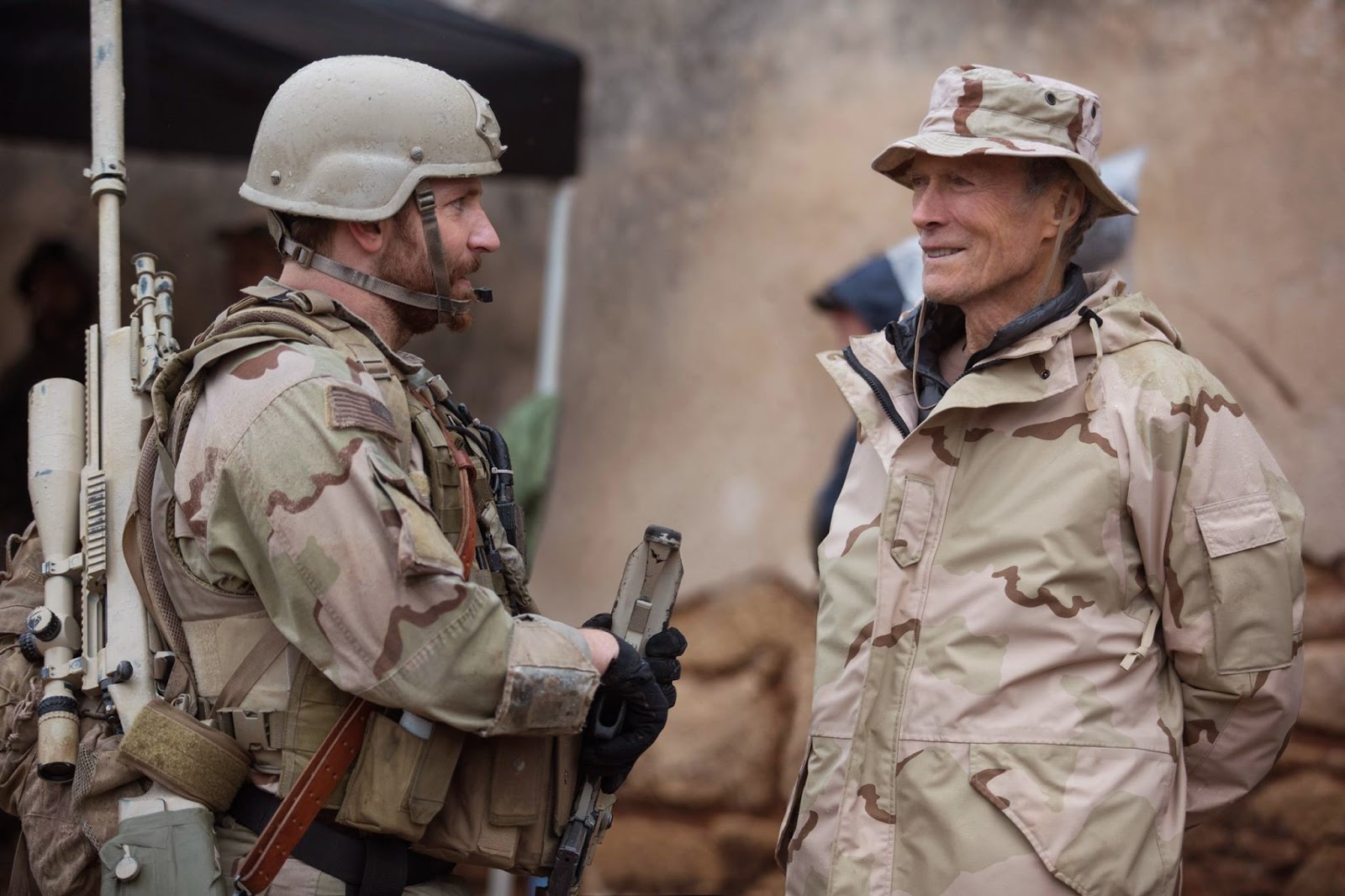 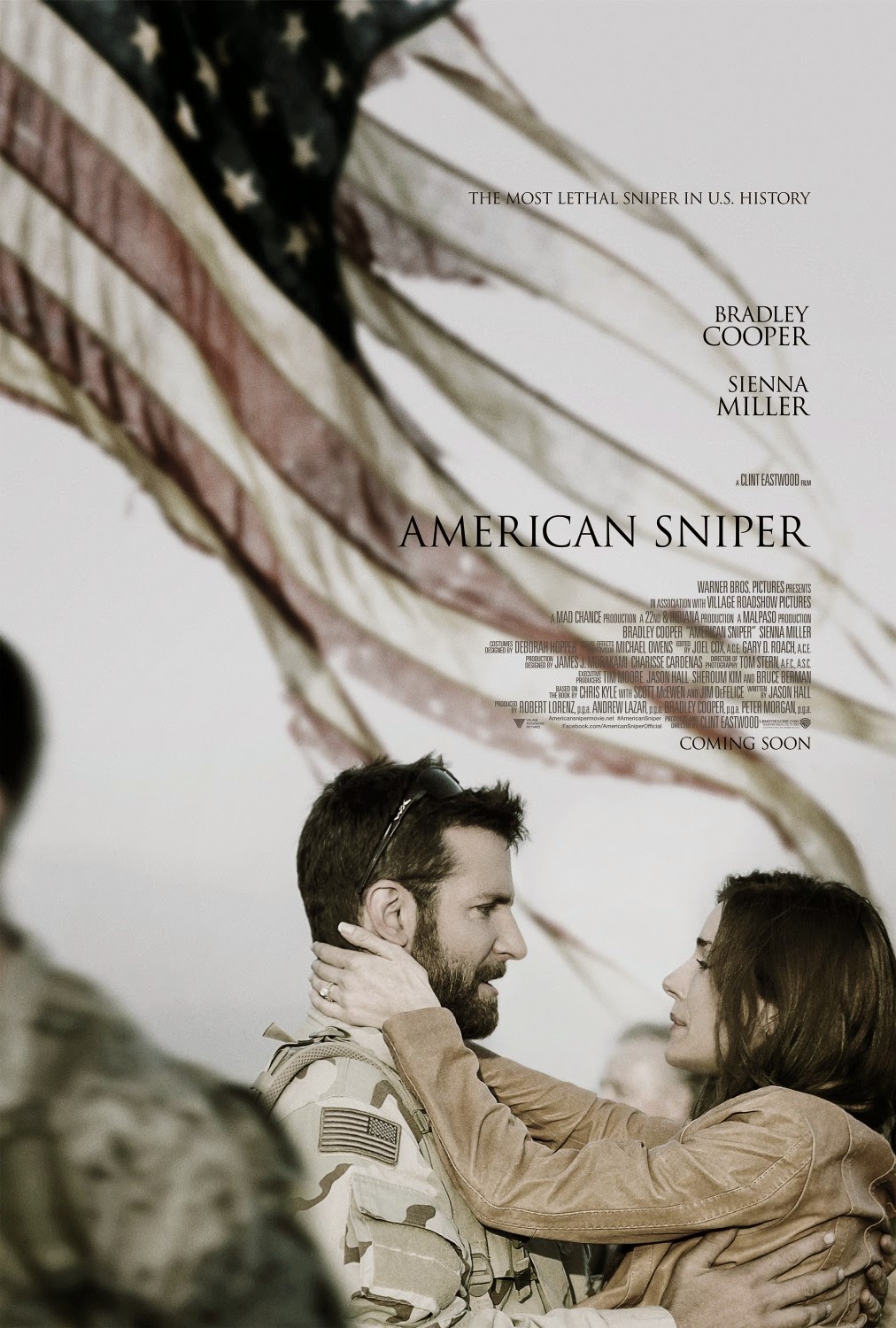