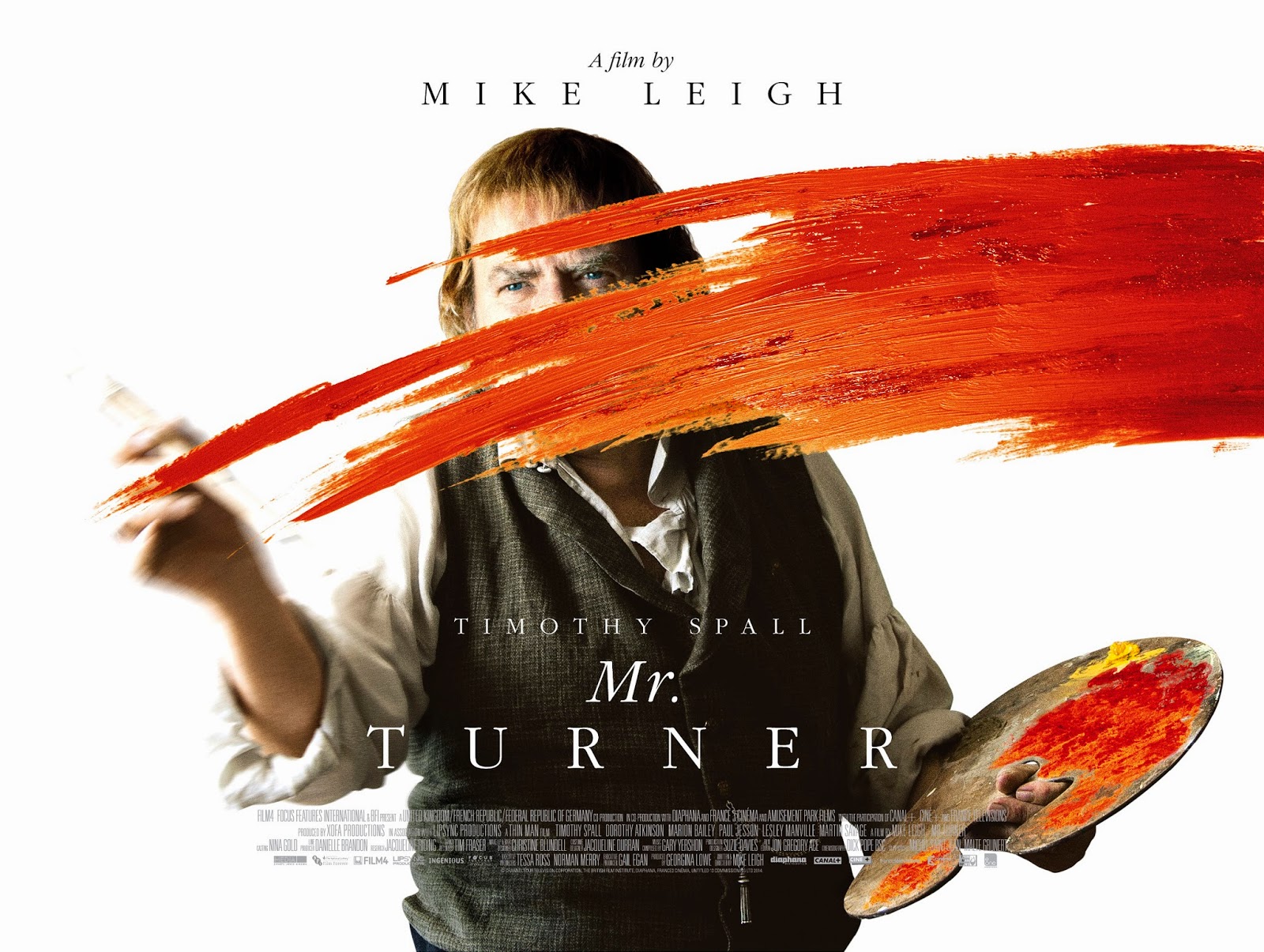 I really enjoy putting my reviews together.  I honestly wish I could delve deeper into certain movies, but alas, I get incredibly busy and can sometimes only deal with movies to a briefer extent than I would prefer.  This is why I write these occasional "Brief Thoughts" posts on movies I have seen, as I want to at least offer some of my own perspective on them.  They may not be as polished, but I can at least get my opinions out there.  This Brief Thought will be focused on the Mike Leigh film Mr. Turner. 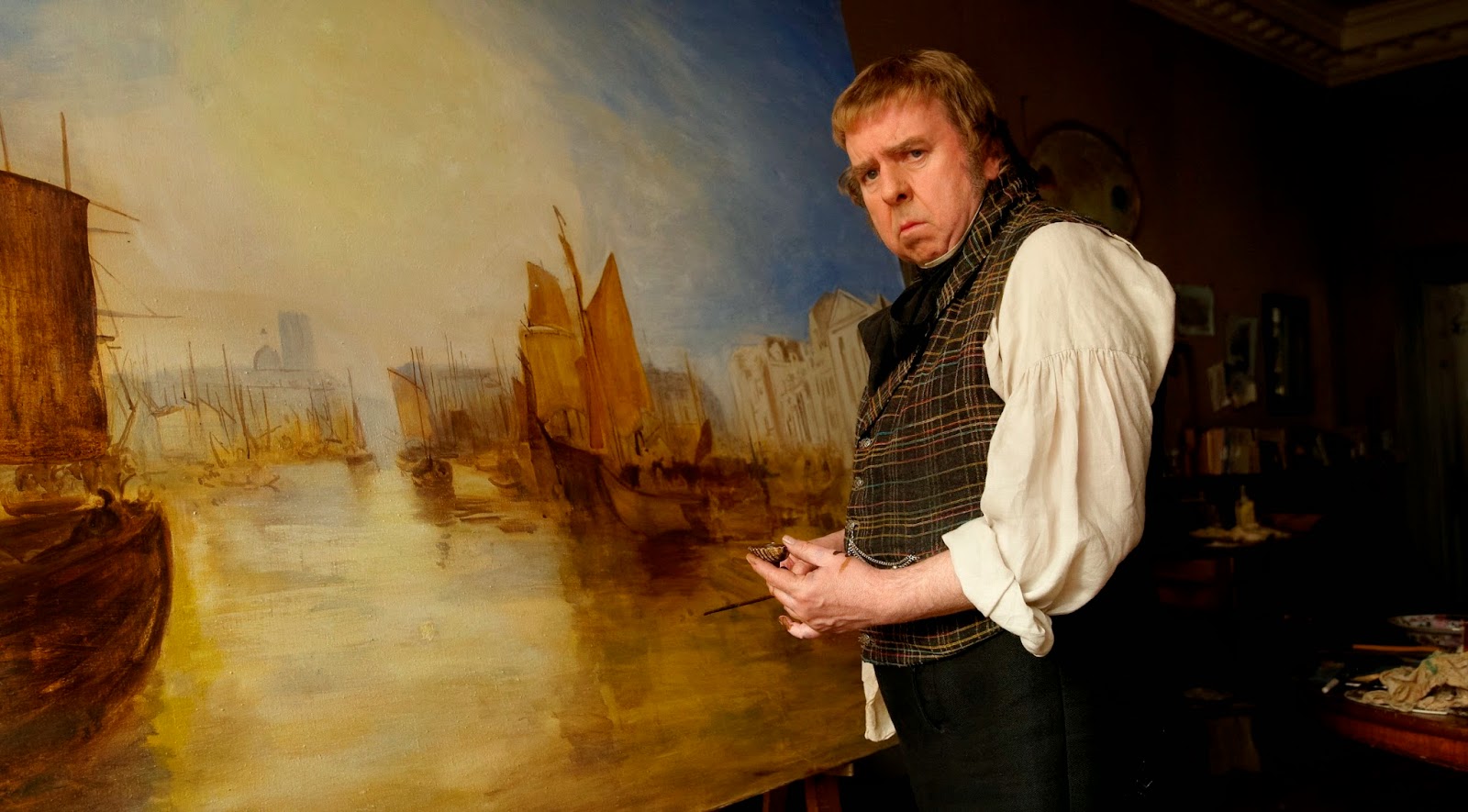 Regardless of what some may think of Mike Leigh as a filmmaker or how they regard his films, it seems quite clear that he is very comfortable behind the camera.  It helps that those who have little regard for his films are in small supply, even if Leigh has not yet won an Oscar or produced a film that could be considered a 'mainstream box office triumph'.  The man makes the films he wants to make and I, among many, very much look forward to what he comes up with.  Mr. Turner is a 150-minute period drama about the famed, eccentric painter J.M.W. Turner (played by Timothy Spall), who had a radical style for developing his art and a penchant for landscape painting.  One could describe this film as a biopic, which it basically is, but Leigh does something more in the way he wants us to study this character.

Known for putting his actors through a long process of study and rehearsal in an effort to really have the characters feel lived in, Spall was tasked with actually learning how to paint for two years, before filming even started.  Honestly, that is not surprising for a Mike Leigh film, but all the same, whether or not Spall or another actor could have given a similar performance to the one seen in Mr. Turner, the fact is that I saw Spall do what he does in this film and it is truly terrific work.  Spall embodies this character and that includes all aspects of his persona and general demeanor, beyond just the portrayal of his how he made his art.

The Turner we see in this film is by no means a role model for everyone in terms of some of his behavior, but there is no doubt method to the presumed madness, when in the process of making his art.  Watching the balance between seeing the artist at work and seeing him interact with those around him, particularly women, keeps the film rather interesting.  While there are seemingly only so many ways to put the story of a historical figure on display, Leigh still finds a way to tell this story in a manner that does not feel traditional, joining the fold of those who move a bit beyond the standard period drama into another level.  It is one thing to have a great performance in a standard biopic (I look to two of this year's big award contenders in that regard), but it is another to really involve me in the story being told. 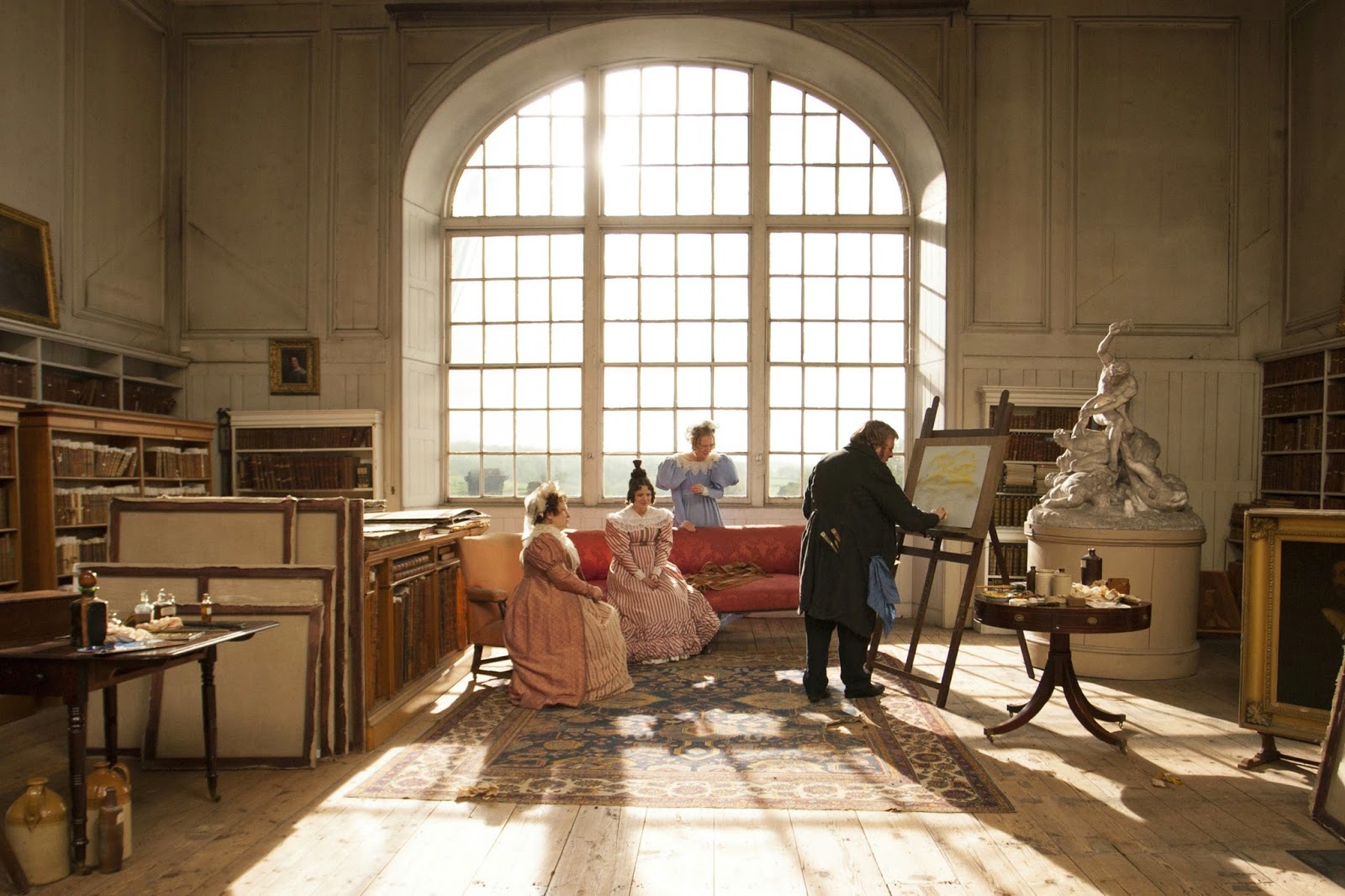 Now I have no doubt that not everyone will flock to a movie like this. Again, it is a 150-minute period drama about a man with a very distinct personality that may rub some the wrong way, especially since the film has a lack of sentiment on display, as we see who this man is.  There is respect, sure, but Mr. Turner is not out to make Mr. Turner a saint.  That in mind, the film is actually quite funny in the way it uses 19th century dialogue to its advantage, whether finding a way to comment on the times or to just see Turner bounce quips off of his contemporaries and others around him.  Honestly, there was a good 90-minute stretch of this movie (which as a whole I do really like), where I figured I could just watch this all day, if it means seeing Turner simply interact with people.  Given the deliberate pacing and not counting the great material around conversational-based scenes, I found that quite comforting.

Mr. Turner has an exceptional lead performance, a number of very good supporting turns from actors including Paul Jesson, Dorothoy Atkinson, and Marion Bailey, among others.  The film is exceptionally well-shot by Dick Pope, Leigh's frequent cinemaographer.  The score from Gary Yershon is very appropriate as well.  Really, it should be of no surprise how good-looking and well-handled the filmmaking is here.  It is a period drama and they all tend to look/sound/etc. quite good.  What matters is what else went into a film like this and with Mike Leigh and Timothy Spall leading the way, I was very happily taken in by Mr. Turner. 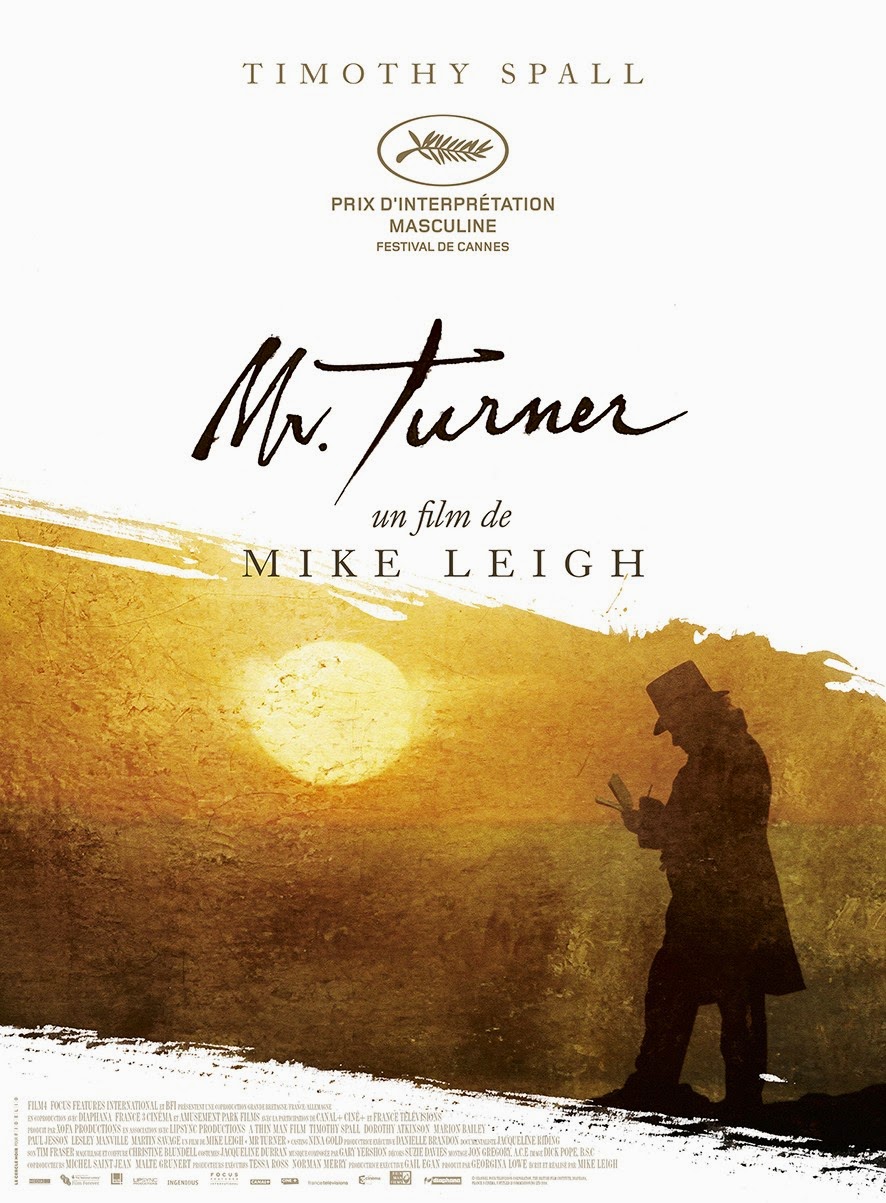