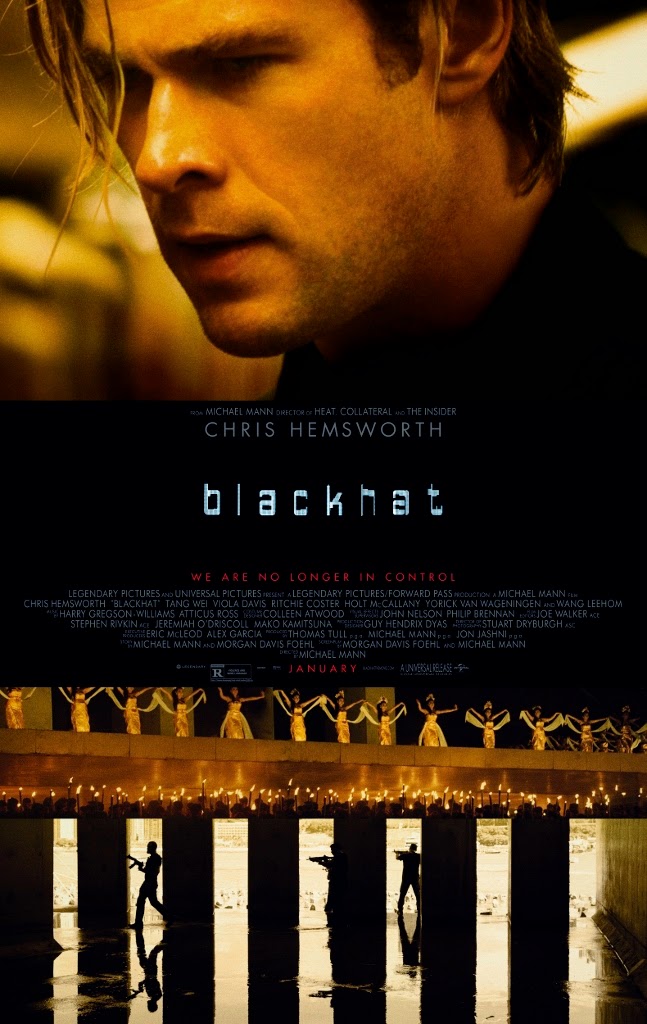 Hathaway: The real hit is still to come…

Blackhat is a slickly-produced techno-thriller from co-writer/director Michael Mann.  While Mann continually enjoy exploring the relationship between cops and crooks, this film and the last couple efforts from Mann (Miami Vice, Public Enemies) seem to feature same issue: personality vs. interest.  The fact is, all of Mann’s films have tons of personality, given his stylish tendencies, but his recent efforts have unfortunately not left us with much to connect with, beyond the visuals, committed (yet somewhat shallow) performances, and visceral quality of the action in his features.  Blackhat does nothing to really change that around and while a January release date is harsh sentencing for a director that continues to put what I imagine is tons of effort into his productions, it stands to reason that a film with a couple action-based highlights amidst a world filled with exotic locals, techno-jargon, and the handsomest hacker of them all could only draw up so much excitement.  That in mind, I am still a Mann fan and while bloated, I tend to enjoy the visual language Mann puts on the big screen, overweighing my need for a more enjoyable screenplay, which is still unfortunately the issue with these recent Mann projects. 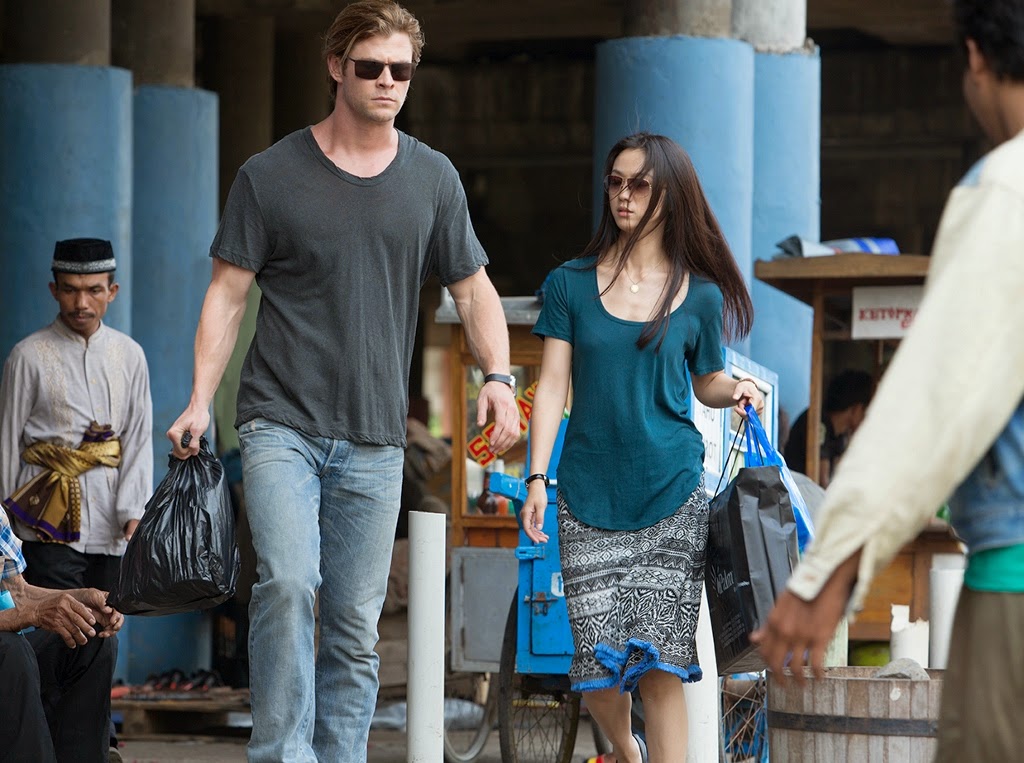 For this film, Michael Mann explores the world of cyber criminals.  Following a few seemingly unmotivated attacks conducted by a ‘black hat’ hacker, American and Chinese agencies are now working together to stop other further potentially dangerous attacks.  To ideally get the best results, Agent Chen Dawai (Leehom Wang) asks to have his college roommate furloughed from prison in order to help.  This prisoner is Hathaway (Chris Hemsworth), a hacker so dangerously handsome that he does push-ups against a wall in order to produce the sweat needed to presumably keep his hair so silky, while in prison.  Hathaway is also a world-class hacker, which should go without saying, just like Hathaway’s first name (which I cannot remember without looking up, but I’m convinced no one in the film would know either).  There is plenty more to this story, as the film is 133 minutes, but Blackhat is most certainly a film that holds out a lot of faith in the audience simply enjoying the visual artistry and depiction of process on display, with the sounds of a score very typical for Michael Mann movies.

Working with cinematographer Stuart Dryburgh and what I imagine is a huge second unit team, Mann has put together a film that moves all over the world (Los Angeles, Hong Kong, Jakarta, among other locations) and makes sure to be a film that happily delves into depicting people efficiently doing their jobs.  That combination does not suggest the most riveting of pictures and the fact is it won’t be.  I am aware that Michael Mann has been testing the patience of many over the years, given the excessive length of some of his films versus the amount of joy one can really get out of purposefully dry characters reacting to pivotal scenarios, but for whatever reason, I continue to dig it.  2004 was the last major success for Mann, given the high regard for Collateral, but I continue to be intrigued by the way Mann is exploring the use of digital photography to aid his brand of filmmaking and depiction of action.  That said, I am not sure how compelling Mann thought long scenes of CG depictions of computer hacking are, but thankfully he seemingly forgets to keep incorporating them, as the film moves forward. 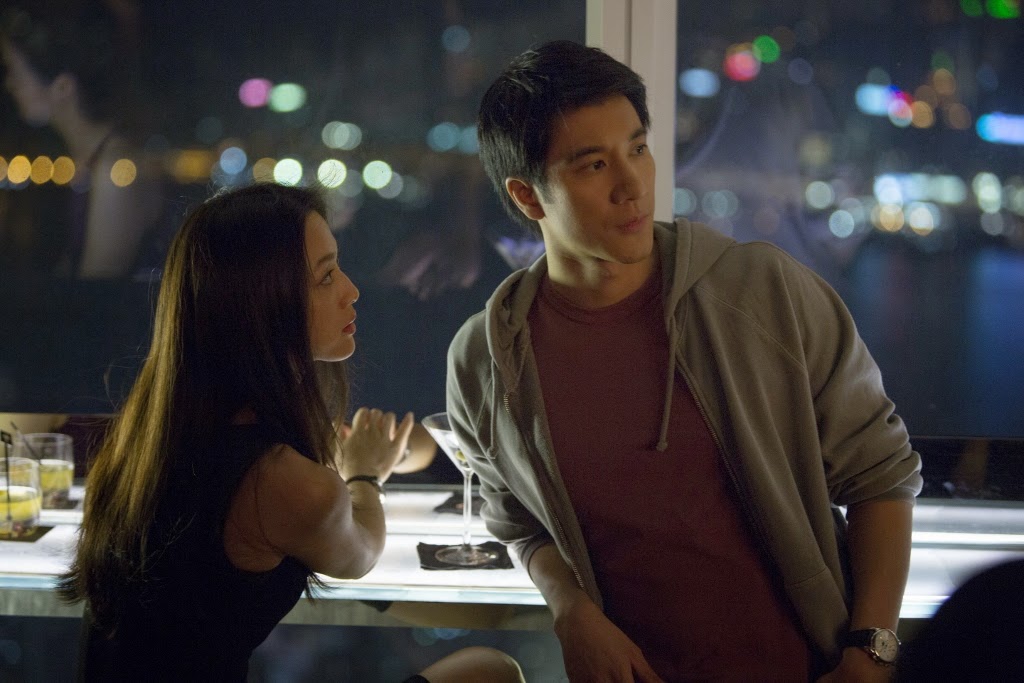 Getting to the main characters in Blackhat, in a film where the screenplay was seemingly written with the most serious of intentions, the film does have a lot more in common with throwaway 90s action movie scripts, which makes for some hilarity to ensue when it comes to various aspects of the dialogue and certain plot developments.  That in mind, Chris Hemsworth does what he can, but was clearly more excited to simply be a part of a film directed by Michael Mann.  Hathaway is a very standard Michael Mann film protagonist, with almost none of the ‘charm’ that one sees in the more engaging leads from previous Mann films.  Hemsworth has a likable quality to him, he is Thor with the great smile after all and has the presence of a real movie star, but not much is done to really elevate him, beyond finding a level of humor in the fact that he is the Fabio of computer hackers.  That is never more apparent than when it comes to hooking him up with a love interest, the sister of his former roommate and fellow computer expert Lien Chen (Wei Tang).  The two have little chemistry together, but they are both committed enough and this is a major American motion picture that provides plenty of time for the Asian actors to be properly incorporated into the film about just as much, if not more so than the American actors and movie star Hemsworth, so yay for that.

There are also a number of character actors that make the most of what is given to them and make the language sound natural enough.  This is still the Mann show, so it does have everyone doing their jobs convincingly enough that one may easily wonder whether or not ‘excited by this’ is a describable feeling for the more low key moments of the film, that said, the work from Viola Davis, John Ortiz, William Mapother, and Holt McCallany, among others, does not go unnoticed.  I only wish that a certain revelation about Davis’ character was only given the initial hint, as opposed to being spelled out in the next scene; but as far as the supporting work goes, Davis is as effective as always, when it comes putting the focus on just one of these characters.  In a film that has Hathaway being amazingly proficient as a hacker, body builder, gun fighter, fist fighter, and information gatherer, having a set of supporting characters in more realistic roles is the least this film can do. 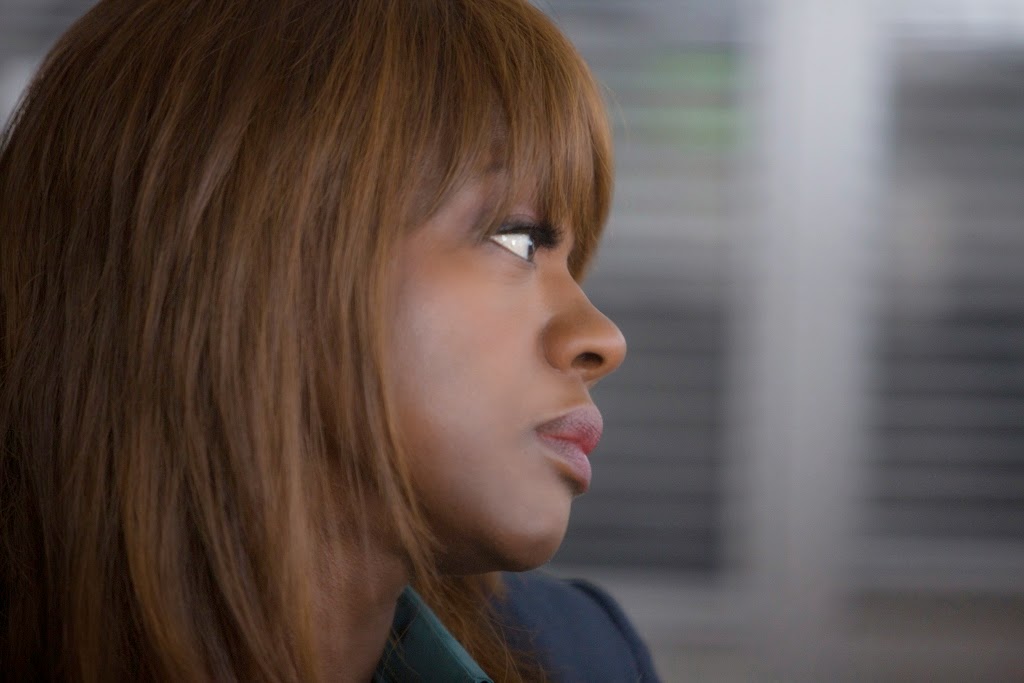 An aspect that does unsurprisingly deliver is the action featured in this film.  Yes, the man that gave us The Last of the Mohicans, Heat, and Collateral once again provides us with some key action moments in the form of intense shootouts and some fistfights.  They are unflinching in the way violence is served, without feeling too extreme, and the film does get a big jolt by having said sequences.  This is where the digital photography has a chance to shine as well, given how devoted to realism Mann is in most of his films.  It is a shame that we have so much time spent on elements that could have the film perceived as ‘lifeless’ by many, in between these sequences, but when they occur, they deliver.

So what am I recommending here?  That is the million dollar question and honestly, only so much.  It is a new Michael Mann movie, which is a way of saying his fans should at least be curious.  Chris Hemsworth continues to branch out and show that he is a capable actor outside of the Marvel universe, which is worth crediting.  There is even some intrigue in a plot that will no doubt feel very old in a short amount of time.  The action sequences are certainly a highlight, but there is only so much of that, so yeah, it is hard to say this is the film to see, but at the same time, I dig the worlds that Michael Mann films exist in and even in these less exciting efforts (save for the very exciting action sequences), I found I was compelled enough, rather than wanting to log off.

Baker: You are no longer in control… 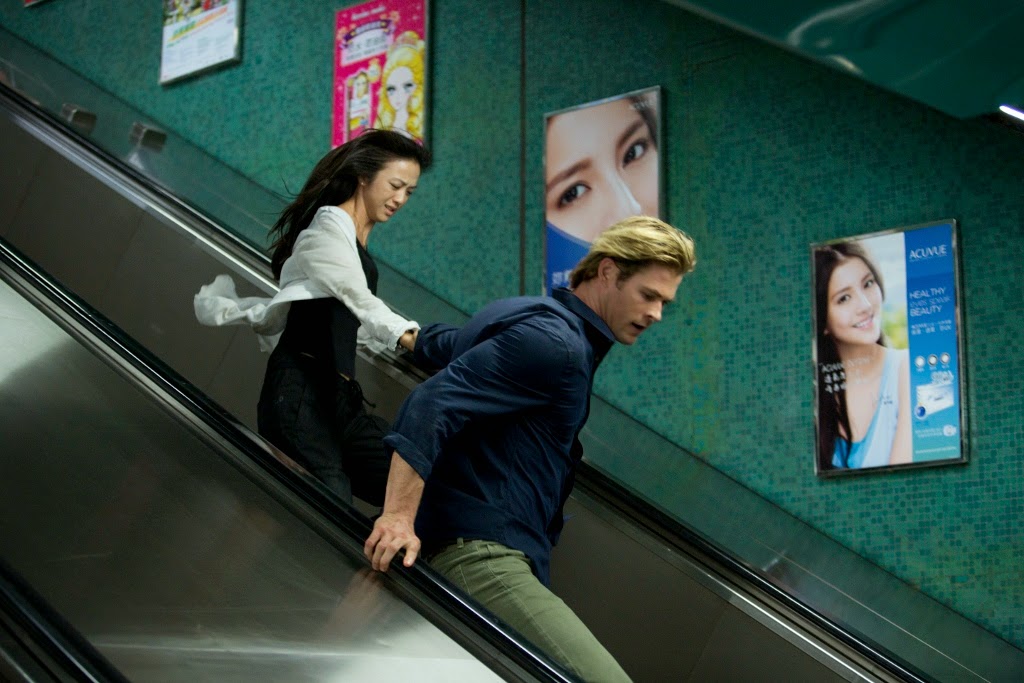