Wahlberg Goes All In With ‘The Gambler’ (Movie Review) Jim Bennett: You got me feeling lucky; I’m putting everything on black…

In a film about high stakes gambling and the crushing weight an addiction (or whatever Mark Wahlberg’s character wants to call it), knowing how to balance the tension and frustration of someone constantly risking it all with cinematic skill is very important.  Rupert Wyatt’s directorial follow-up to Rise of the Planet of the Apes is a drastically different type of film in terms of scale, but this remake of 1974’s The Gambler clearly shows that he can balance entertainment with intelligence within the confines of mainstream studio fare.  Not that we do not see this from other filmmakers in any given year and it is also not like The Gambler is not without its share of issues, but as much as Wahlberg is the star actor in the film, Rupert Wyatt is really selling himself as the star director. 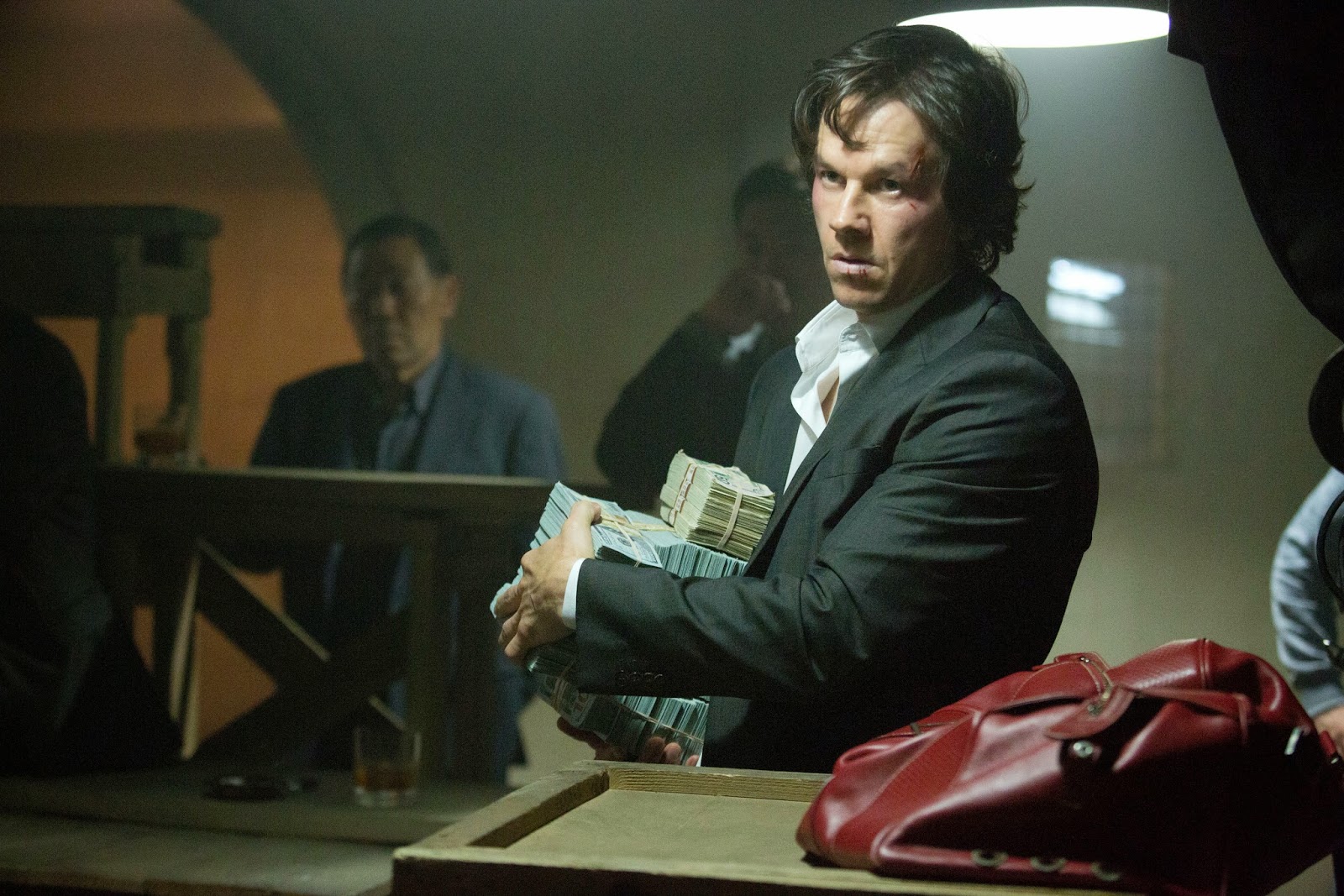 The film is fairly straightforward when boiled down to its main parts.  The screenplay by William Monahan may try to bump things up an extra notch with its very particular dialogue rhythms and attempts to turn Wahlberg’s character, Jim Bennett, into a guy so aware of his massive problems that he is above feeling sorry for himself about it, but it still comes down to a fairly simple story structure.  Jim owes a lot of money to dangerous people.  He has a certain amount of time to pay it back or bad things will happen to him and the people he cares about.  This includes his estranged mother Roberta (Jessica Lange) and one of his students, Amy (Brie Larson).  Oh yeah, good time to point out that Jim is also a college literature professor.

It is nice to see a change in pace for Mark Wahlberg.  Since The Fighter, I feel I have been watching him use either his muscles or his general earnest qualities bent towards humor in an effort to get himself through various film roles.  Now I have liked that in some instances, but The Gambler finds him stripped of those assets.  Losing 60 pounds and taking on an attitude that would make most people who don’t have the natural charisma Wahlberg has seem deplorable, this is a character that finds the former rapper a long way away from many of the other roles he has tried his hand at.  With that in mind, I only wish the script did a better job at servicing this character. 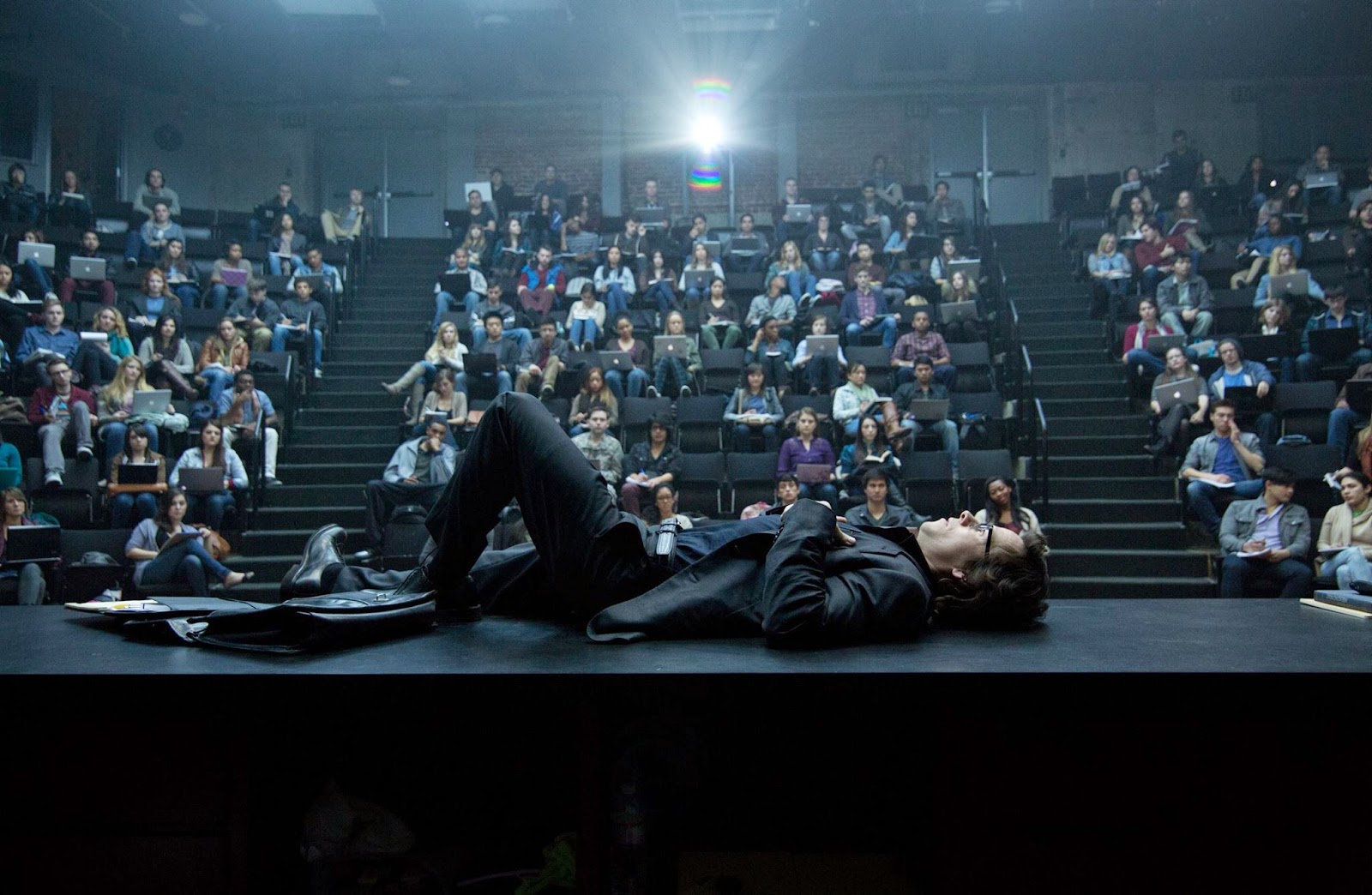 Wahlberg is in every scene of this film, but despite all the fancy language, the character really does not have much depth or even much of a story arc, certainly not one that you wouldn’t expect.  Of course, it would not really matter if Wahlberg was a terrific force in this film, but even there, while I am happy to see him in a role like this, I cannot say I really bought his act as a college professor.  He is much better suited in the other areas of the film, but he is also aided by two terrifically menacing supporting turns from John Goodman and Michael Kenneth Williams, along with a solid Jessica Lange and Brie Larson, even if the women only have so much to do in this film.

Monahan seems to be battling himself a bit with the screenplay, which is a shame.  Not to judge this movie too harshly in comparison to the original film’s script by James Toback, but where this ‘Gambler’ finds its strengths in sharp one-on-one conversations mixed with some tackling of how existentialist qualities play into Jim’s mantra, the older ‘Gambler’ has a much stronger lead performance matched with real tension in the gambling sequences that do not simply make you worried about the one result, but rather how it could change everything.  Yes, it is tough to follow up something with a certain level of regard and this film is at least trying for something a little different, but as it stands, there are at least other areas that help it work on an overall level. 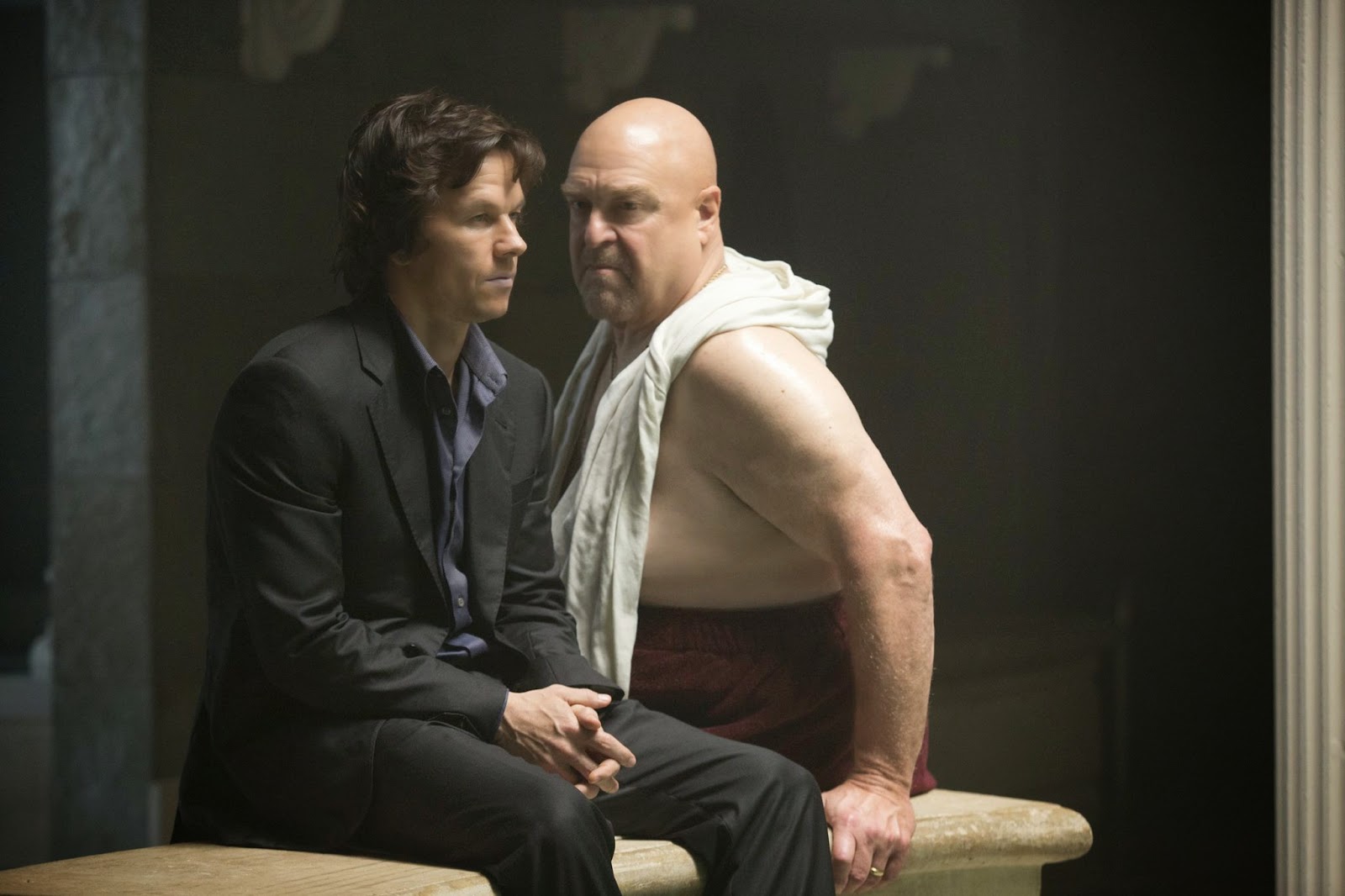 I am referring to director Rupert Wyatt again, as he really does impressive work in this film.  The Gambler is sleek and polished in its presentation and while it is not the best-looking LA-based film I have seen this year, that would be Nightcrawler, it does have the mark of a filmmaker in control of what he wanted audiences to see and how he could make it very cinematically interesting.  Even better is the soundtrack, which is an eclectic mix of songs, along with some original music by Jon Brion and Theo Green.   I was happy to see a fantastic job done, when it came to nailing a tone for the film that matches the energy of various scenes.  One particular sequence involving Brie Larson walking happily to Alan Price’s “Poor People” feels like a mini-music video.  Another scene finds Michael K. Williams listening to Easy Star All Star’s rendition of Pink Floyd’s “Money”, as he continues to go after Jim for what he owes.  It could be easy to call out a film for being obvious in some choices, but it is another thing to really find yourself sinking into a film based on Wyatt’s ability to instill it with a fitting groove.

All of this is why I was quite fond of The Gambler as solid entertainment.  The more sinister characters may be intimidating, but the film’s attitude is that of a light thriller, with Wahlberg, while not at his very best, certainly going out of his way to branch out a bit.  Still, the real star of the show may just be Rupert Wyatt, who shows the kind of confidence I hope to see in future projects he is attached to, as I am so far sure that I will see attempts at a film that treats its audience with respect, while also working as something cinematically arresting in the right way.

Jim Bennett:  What if I told you I’m not really a gambler? 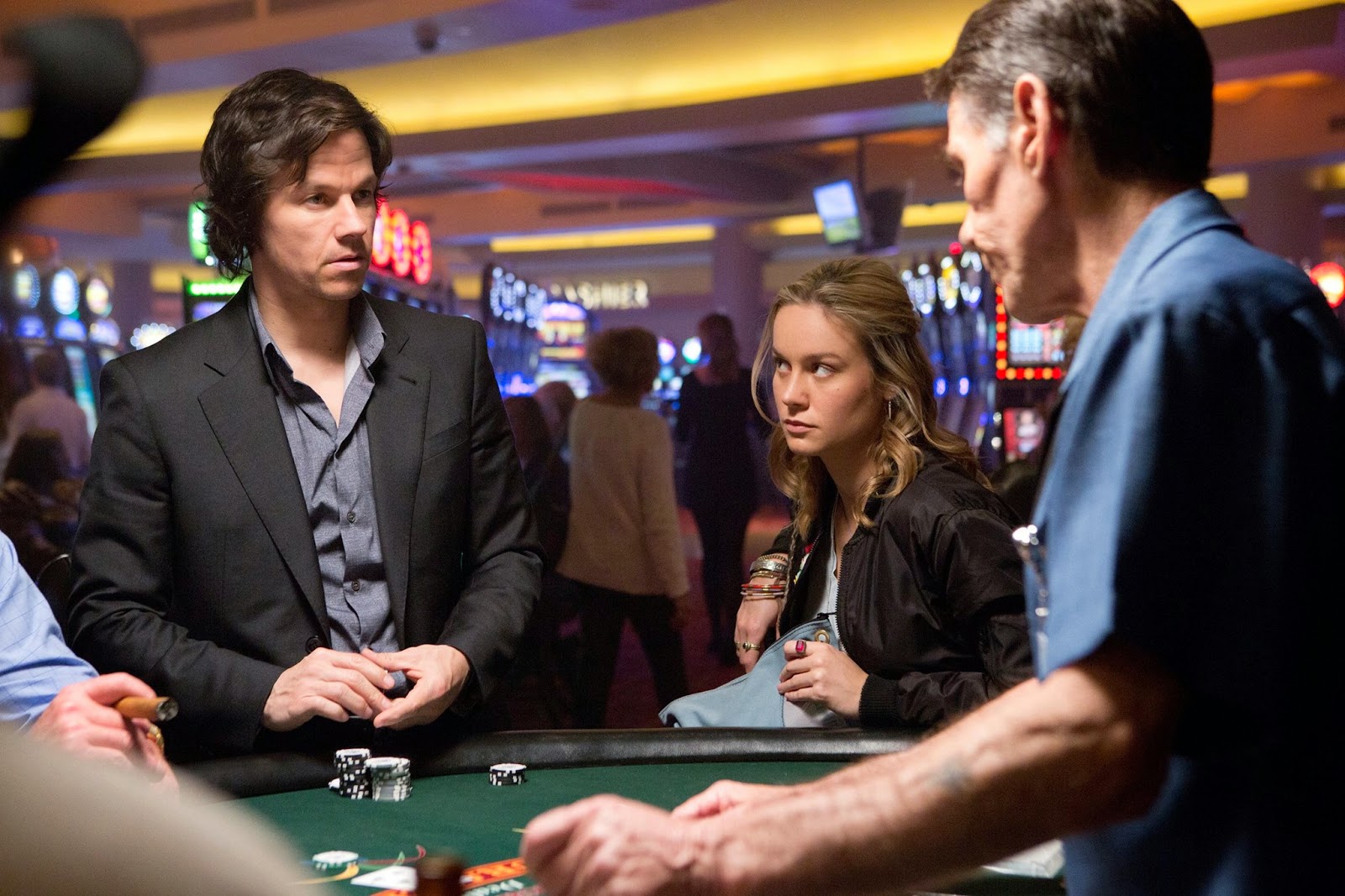 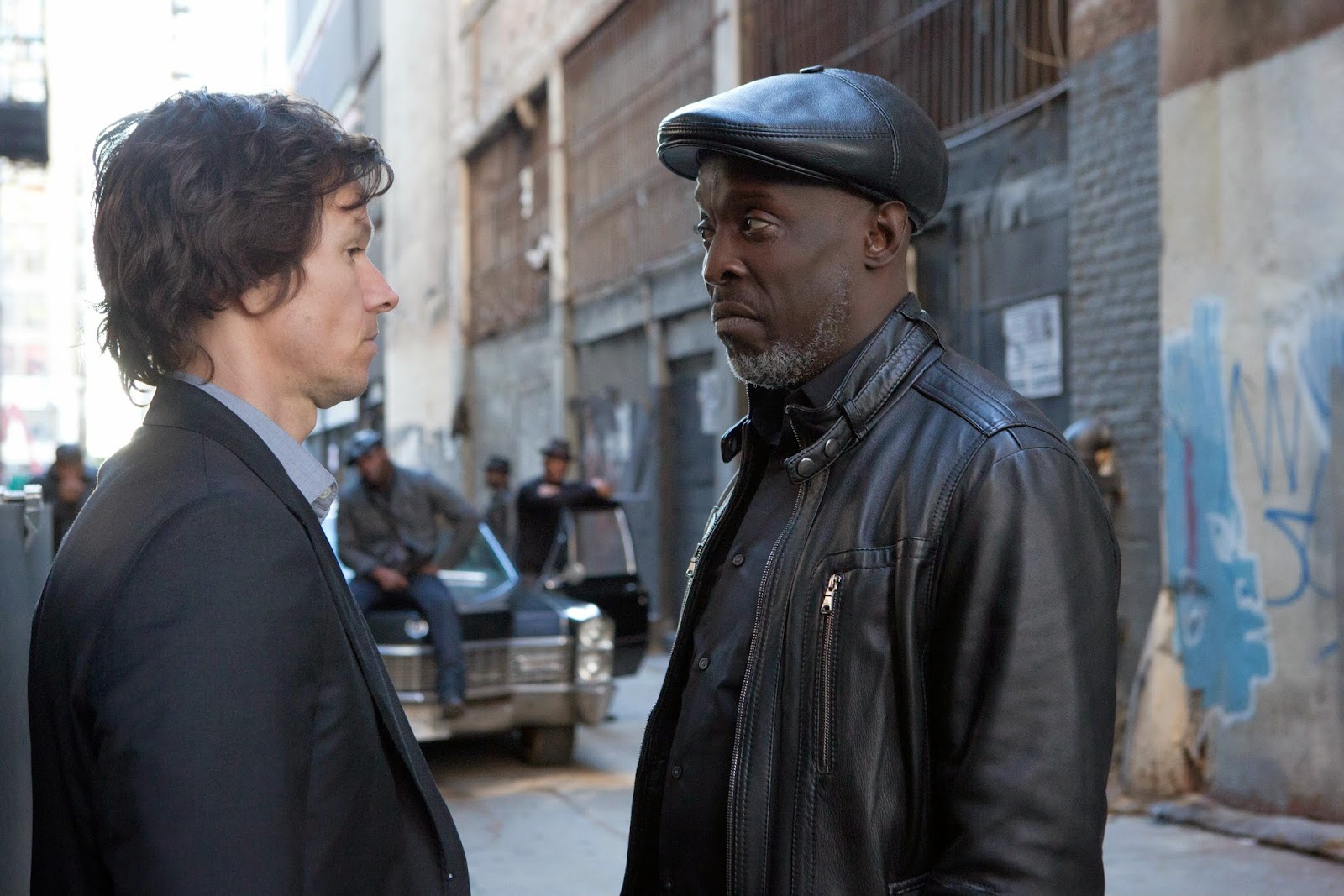 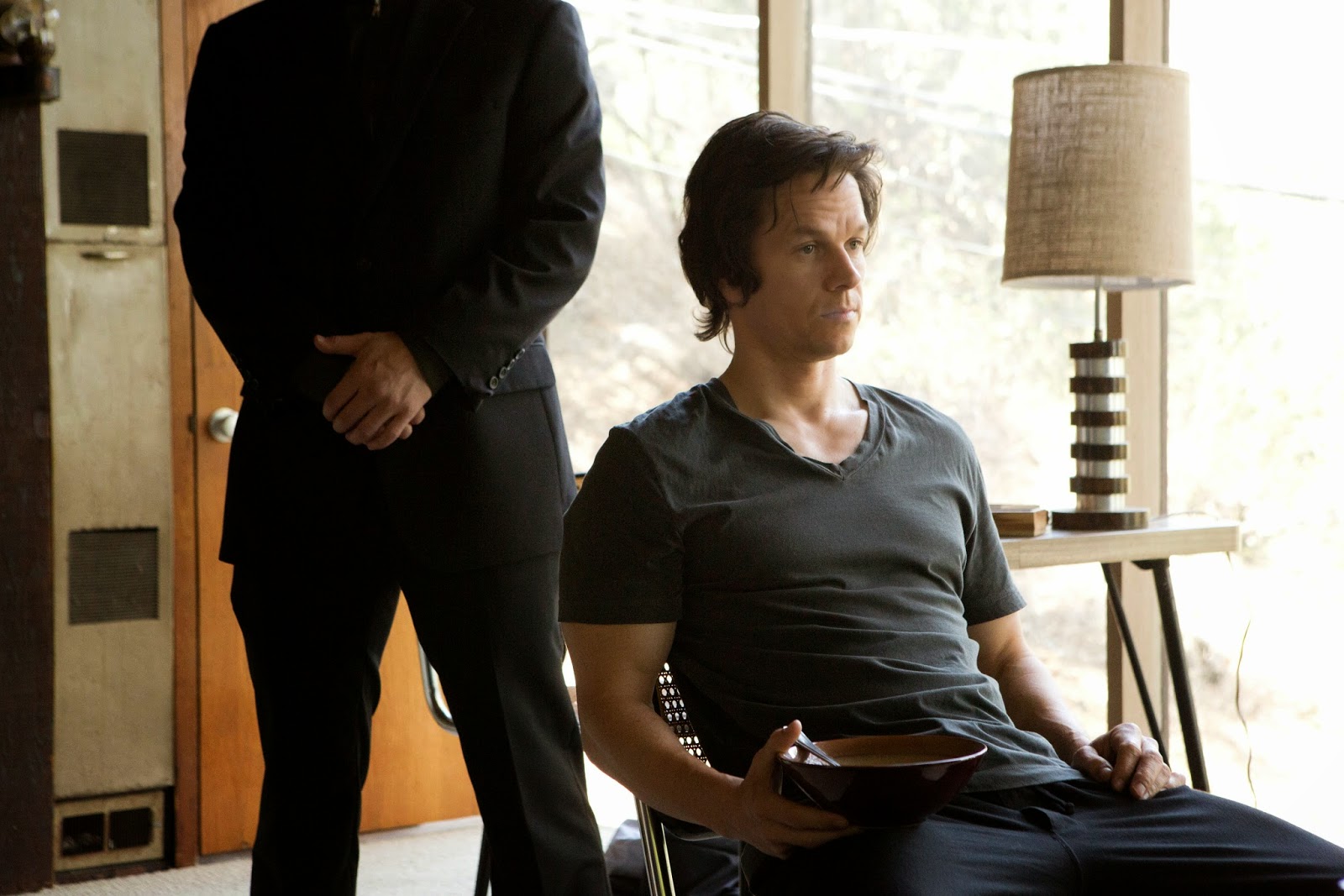