The Babadook Is Creep…Creep…Creepy (Movie Review) 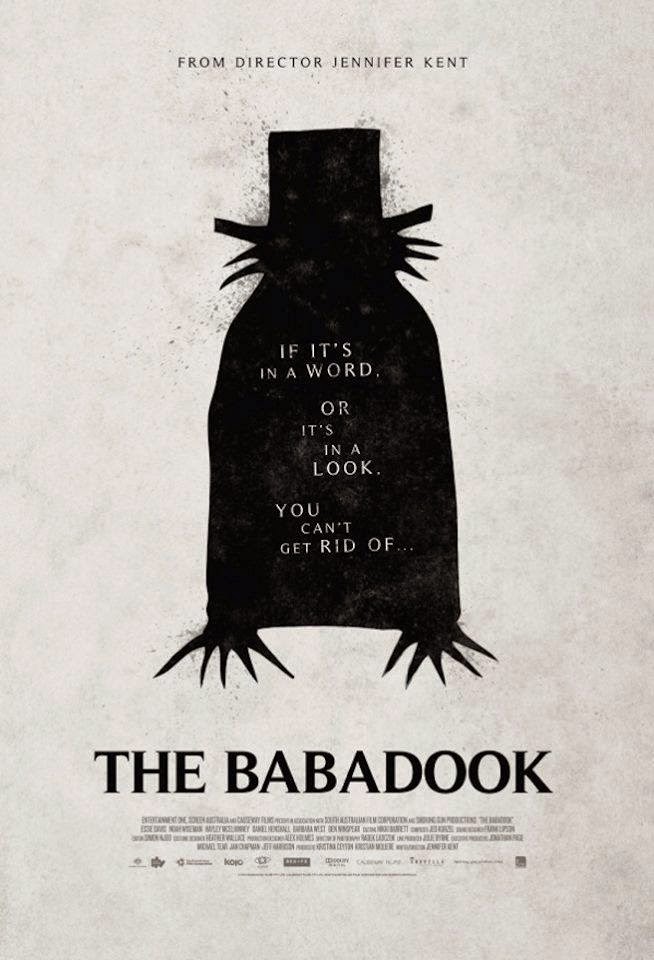 Samuel:  You can’t get rid of the Babadook.

The Babadook sits high on the list, as far as 2014 horror films go.  Produced on a small budget, working with a limited cast, using some creativity, and creating some already iconic imagery, this is a film that gets away with treading familiar ground, because the approach is so effective.  Working as both a psychological thriller and a children’s bedtime story gone horribly wrong, this Australian horror film is chillingly effective and completely worth seeking out, given that it sadly sits without a proper large scale theatrical release, while crap like Ouija makes far more money than it should. 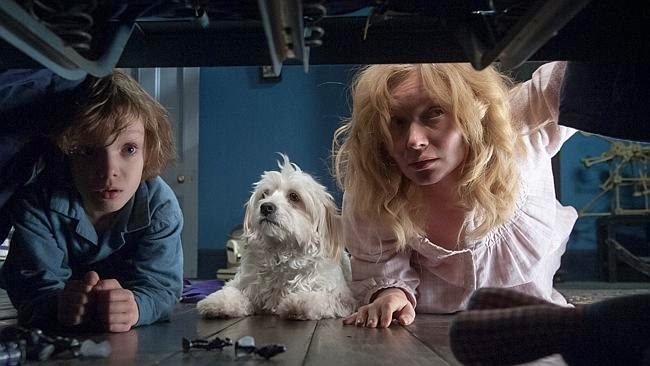 The product of debut writer/director Jennifer Kent, The Babadook is focused on a widowed woman, Amelia, (Essie Davis) and her young son Samuel (Noah Wiseman), who now live alone in a big house designed to be about as creepy as one would expect in a film like this.  The film is stylized from the get-go and Kent does not disguise that fact, given the look of the house, especially from the inside.  Of course, while a lot of films come off as silly for allowing their characters to remain in a house that clearly seems to be causing a lot of problems, The Babadook uses the setting to its advantage, as the problems are clearly stemming from elsewhere.

A creepy monster is the source of torment for both Amelia and Samuel, following the discovery of a pop-up book with very dark imagery that introduces this character with horrific intent.  Something known as Mister Babadook begins to plague Samuel’s mind, as well as Amelia’s.  It does not help that Samuel is a bit off, for understandable reasons, which leads to some challenges for Amelia, who must balance work with raising her child alone.  The complications in this relationship, along with the supposed presence of a creature that goes bump in the night lead to some rather thrilling scenarios that work well for this decidedly eerie horror film.

A common complaint by horror fans is how the genre never seems to be properly represented, when it comes to considerations from those in high places.  The Oscars are not exactly handing out awards to horror films on a yearly basis, which can, at times, be something of a shame.  The Babadook is not necessarily a film that needs to win Oscars, but at the same time, the confidence in the direction, editing, cinematography, and Essie Davis’ complex performance are all certainly aspects worth giving high praise to.  The Babadook is a very well-crafted thriller, which is impressive enough for being Jennifer Kent’s first theatrical feature, but adding on a strong lead performance (not to mention a very believable child performance) takes this thing even further for me.

There are some aspects of this film that I do not want to get into, because it is best for everyone to find out what Mister Babadook has in store for them on their own, but the film gets a lot of interesting mileage out of its setup and the various details we learn about Amelia.  With that, Essie Davis is able to really dive into this character and bring out aspects that are quite compelling, when considering what takes place in this film.  Dealing with her own sanity, trying to protect her child, and visions of an evil (and very creepy) figure all lead to an emotionally draining and very physically demanding performance that serves this film very well.  The Babadook is not afraid to have us both root for and against Amelia at various points in the story, which leads to some neat turns that are both pleasing and frustrating at times, but in the best of ways.

Additionally, I have already mentioned the film’s stylized look and direction, but it really is effective.  Not so reliant on jump scares, without having properly worked to build up a sense of dread, The Babadook is a tense film to watch for many reasons, which all stem from the choices Kent made in portraying sequences involving tension as well as the creature itself.  I loved the various ways Mister Babadook made his presence known and I love that the design is simple enough to already inspire creepy costumes from fans of the film, let alone create an iconic piece of imagery for a film so new.

Taking clear inspiration from directors such as Kubrick, Polanski, and Carpenter, Jennifer Kent has built The Babadook on some familiar territory, but given the limited resources being matched with an incredibly creative mind and talented crew, she has produced one of the best horror films in a long time.  The Babadook is an unsettling piece of work provides one of the best new ways to prank phone call your friends, as well as a simple, but very cool and creepy character design.  The film also does plenty to please a horror fan that enjoys a film that stands out in their own way.  Seek out this film and enjoy. 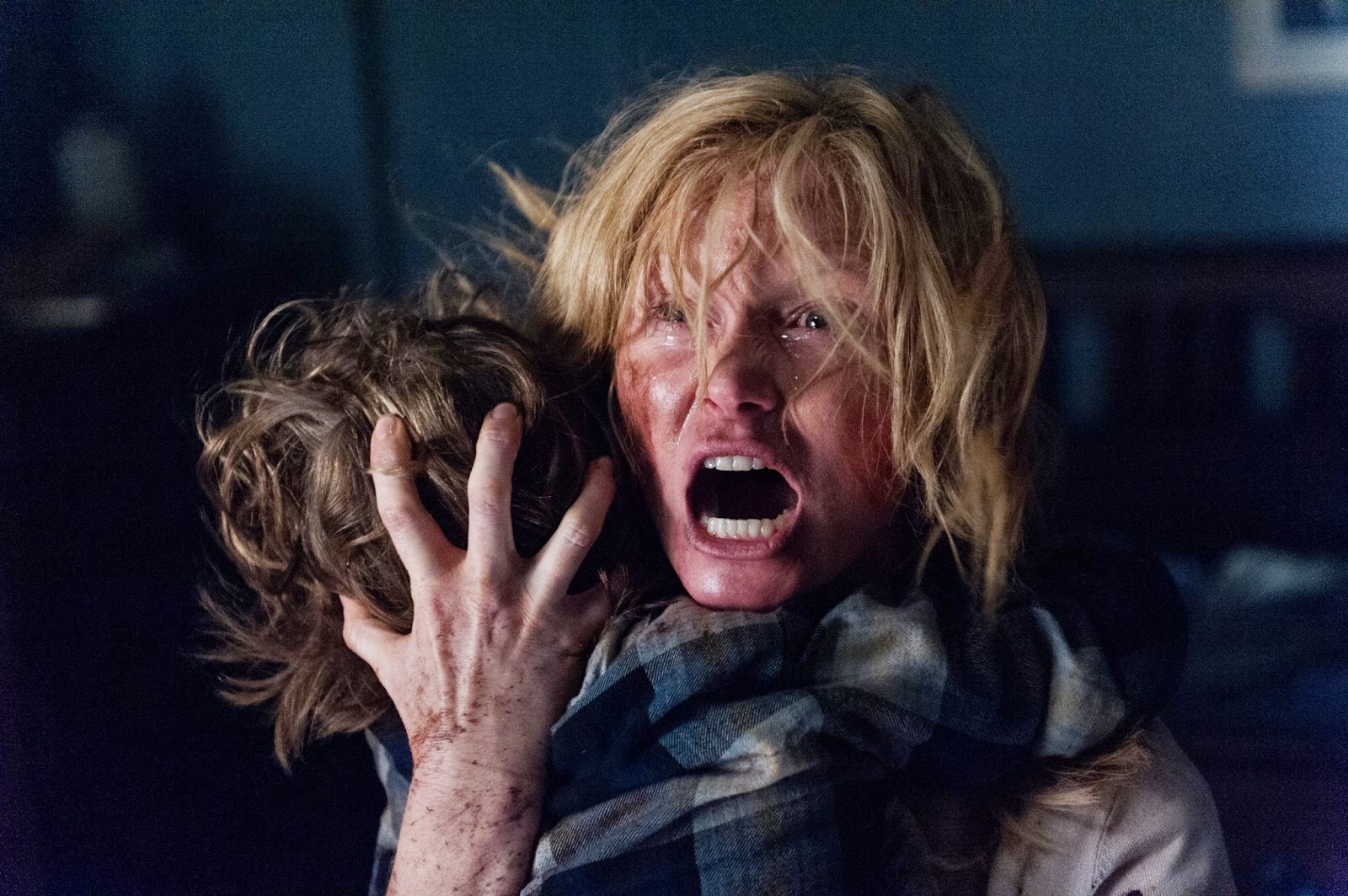 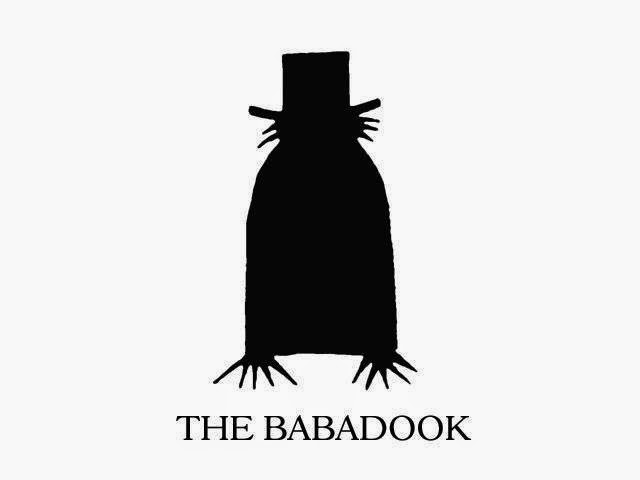