Head ‘Into The Woods’ For An Entertaining Diversion (Movie Review) 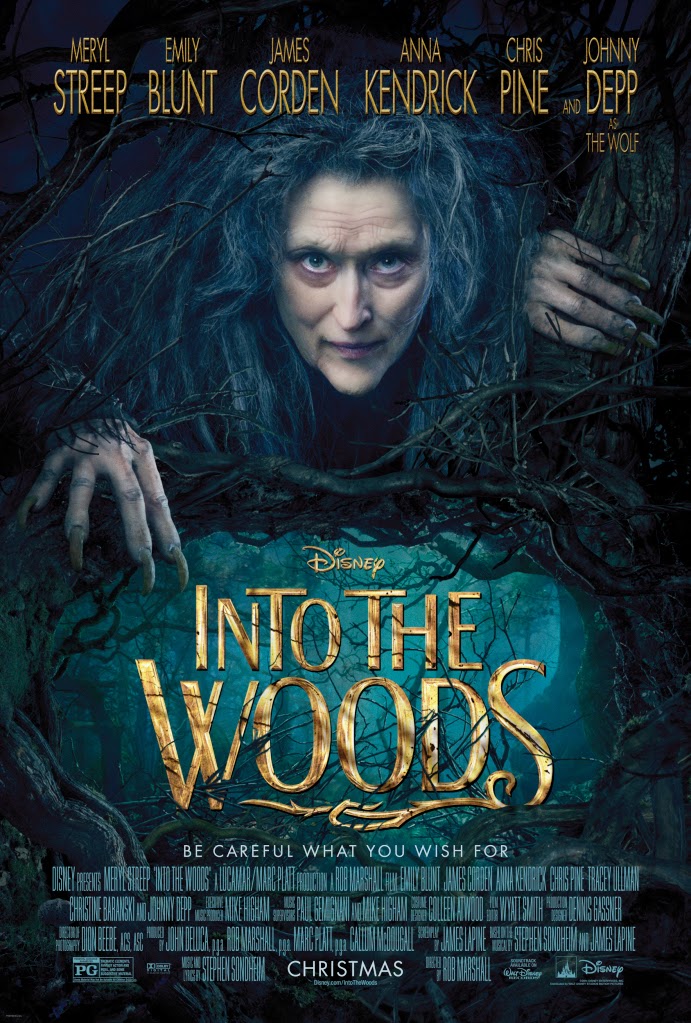 Witch: Sometimes the things you most wish for are not to be touched.

Given how much they talked/sang about it, I was glad that everyone definitely went into the woods.  Two things:  I was not at all hip to knowing anything about the original Into the Woods stage musical before this film was announced and I enjoy the musical style of Stephen Sondheim.  With that in mind, I can say that, for the most part, I was wrapped up in this story that essentially combines many of the most popular fairy tale characters through a common thread that finds each character heading into the woods at some point.  Add to that the style of Sondheim’s musicals, which is a big part of why I love Tim Burton’s Sweeny Tood, and you have a film that is at least great to listen to, let alone watch, as we see a number of gifted performers really delivering in the singing department, within a variety of elaborate sets.  Given the heavy emphasis on practical effects, it only leads to more praise I would be happy to give the film, if only I was not let down by the film’s final act. 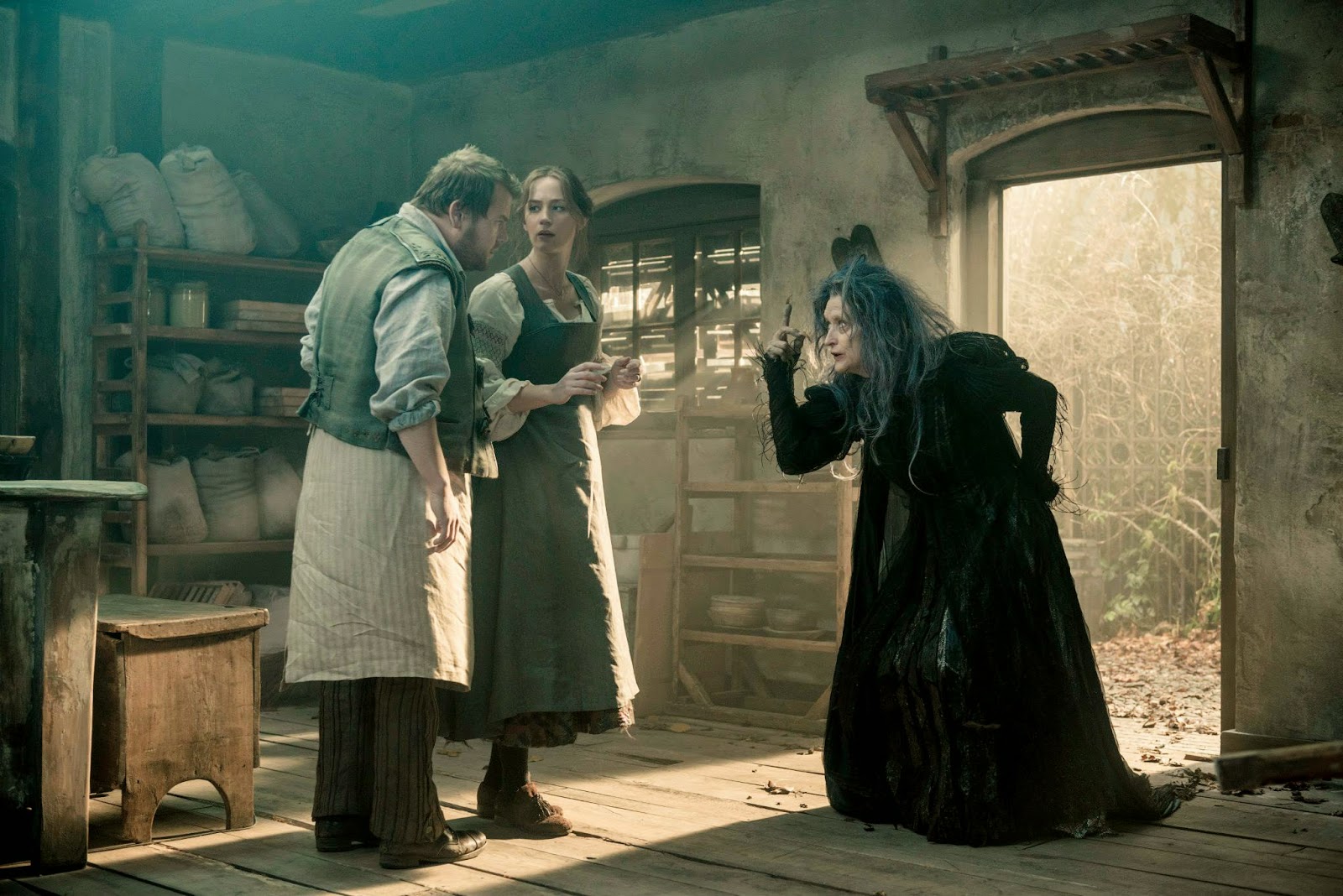 Into The Woods combines characters from “Little Red Riding Hood”, “Cinderella”, “Jack and the Beanstalk”, and “Rapunzel” into a story that also features a baker (James Corden), his wife (Emily Blunt), and their very annoying next-door neighbor (Meryl Streep), who happens to be a witch responsible for the couple’s lack of children.  The various fairy tale characters, played by Anna Kendrick, Chris Pine, Lilla Crawford, Daniel Huttlestone, Tracey Ullman, among others, all find themselves sharing the same setting, while going through their familiar tales.  As we soon see, these characters will have to work together, if they want to find themselves having a happily ever after.

Of course, being based upon an original story from Stephen Sondheim and James Lapine, ‘happily ever after’ can come at a cost, as darker themes certainly shape the way some of these characters come out of this tale.  That being said, while not being familiar with the original story ahead of time, I could easily see that having this film come out of Disney meant restructuring and dialing down some of the darker and more risqué aspects of Sondheim’s original musical.  None of that is all that bothersome though, as I was really enjoying how this film was playing out, with fun musical numbers, some knowing digs at the material (which I always find welcome in modern takes on fantasy stories ), and strong performances throughout. 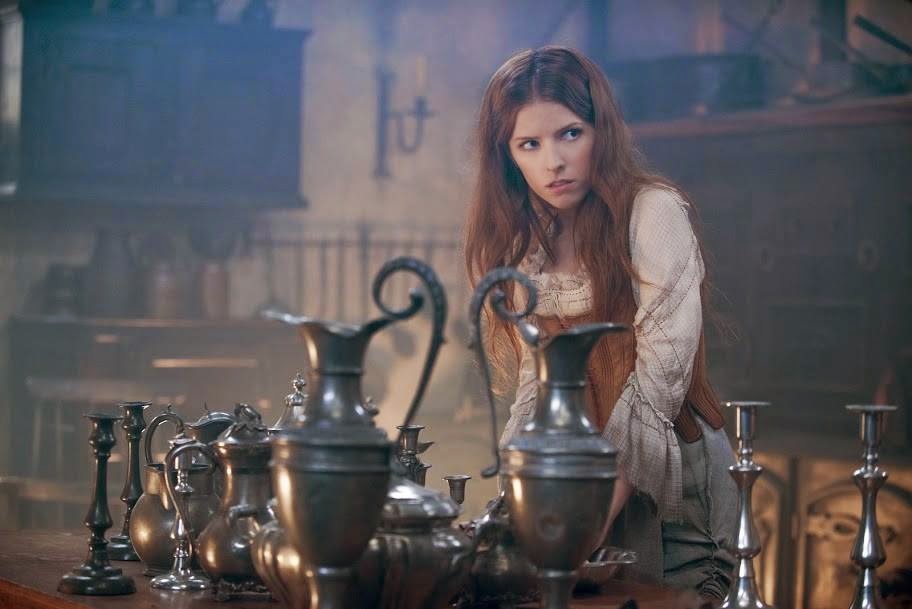 Really, the issue that unfortunately kept me from enjoying the film more was the final act.  There is a moment where things seem to come to a close and then they don’t for various reasons.  While that may have been as easy out for the film, it is ultimately something I would have enjoyed more, given what happens next, with a level of darkness settling in for a number of characters involved.  As I, once again, had no familiarity with the original stage musical beforehand, I can imagine this working better, given how certain aspects of the third act were likely handled in a more-adult presentation, but with this film, instead of becoming more interesting by having what happens occur, it was more of an energy-drainer, as the film lost the kind of entertaining sensibilities it had going for it, in favor of a more traditional, action-based climax.  I will say the place in which we leave these characters was enough for me to think of things as ‘worth it’ overall, but that is mostly all I have to go on, in terms of the late-in-the-game turn this film takes.

Putting this aside though, there is a well-acted film here, with a lot of filmmaking qualities that I admired.  Having been fairly mixed on Rob Marshall (Chicago, Memoirs of a Geisha) as a film director, I would say this is among his best work, and with the help of his crew, he has created a film that features a lot of elements to keep under control, but accomplishes this in fairly inventive ways.  Most notable was the decision to keep the film very practical.  In a year where we had a CGI mess in the form of Maleficent from Disney, Into the Woods is able to present a world that is accomplished with what seemed to be a minimal use of digital visuals, with the exception of areas that obviously needed some tinkering.  I found this quite admirable, even if ‘the Woods’ do not exactly lead to a whole lot more than what you would expect to see. 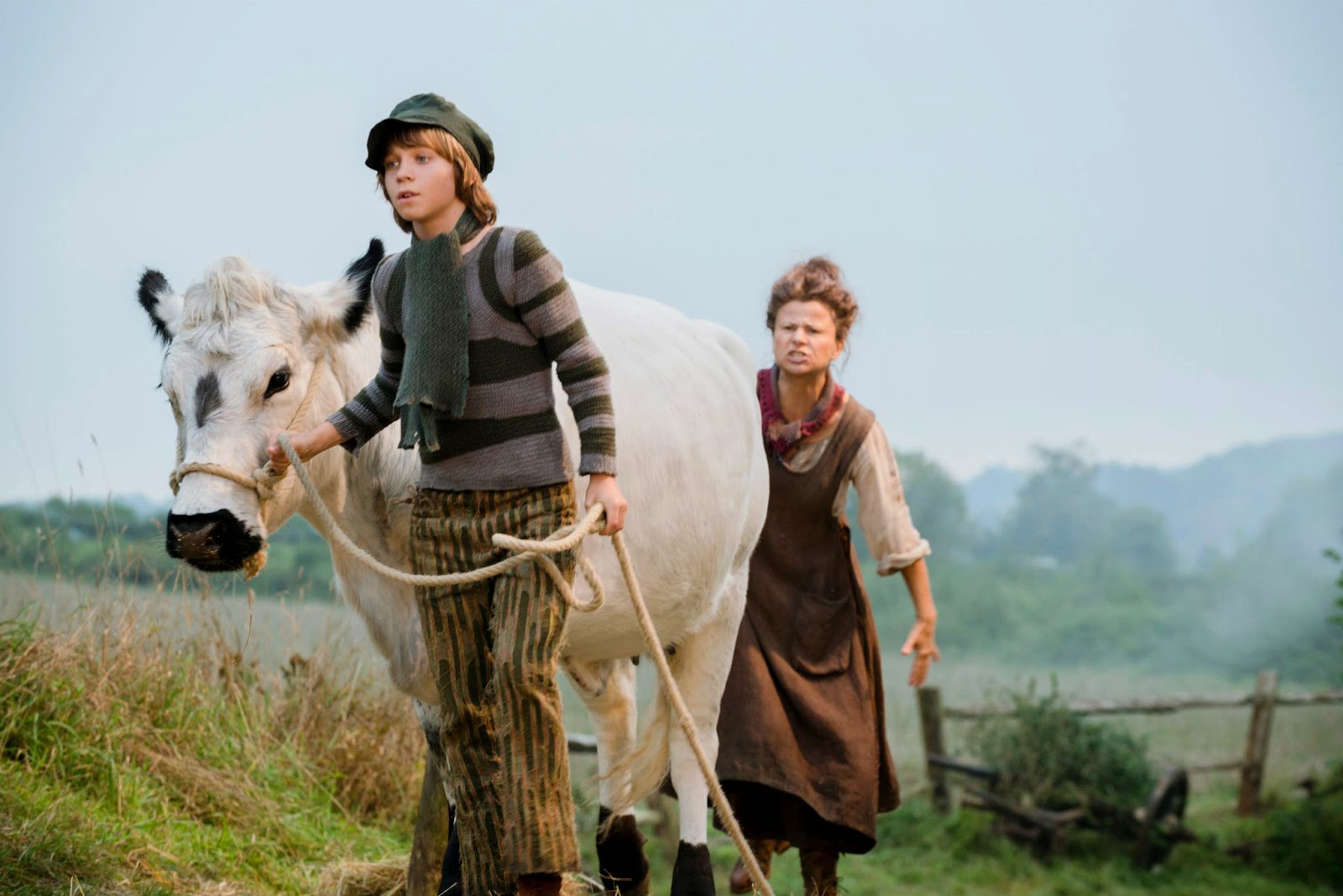 I would also, of course, be remiss if I were not to give more credit to at least some of these performers.  Obviously everyone can sing (or at least present themselves as convincing singers), as that is why they are starring in a film like this in the first place, but there is a lot to admire in the charismatic presence of someone like James Corden, who is becoming more and more popular, beyond just the stage.  I could talk about Streep, but you basically get what one expects from her these days, which is ‘most acting’.  Anna Kendrick and Emily Blunt, on the other hand, for a film like this, excel in showing their skills as actresses that can sing and do whatever else is required of them, without making it seem like showboating.  The younger actors are fine as well and even a small performance from Johnny Depp, in another role where he gets to play dress up, was fine, without seeming overbearing.

Yes, I may not like the story as a whole, which could either apply to the musical in general or just the way Disney handled it, but I did like a lot of it, was a fan of a good majority of the songs, and admired the nature of the production well enough to say this is a musical event worth checking out.  Into The Woods may not have blown me away like the last musical work of Sondheim’s I saw brought to the screen, but it is quite entertaining, with a fun idea for how to bring together so many fairy tale characters.

Baker’s Wife: You may know what you need, but to get what you want, better see that you keep what you have. 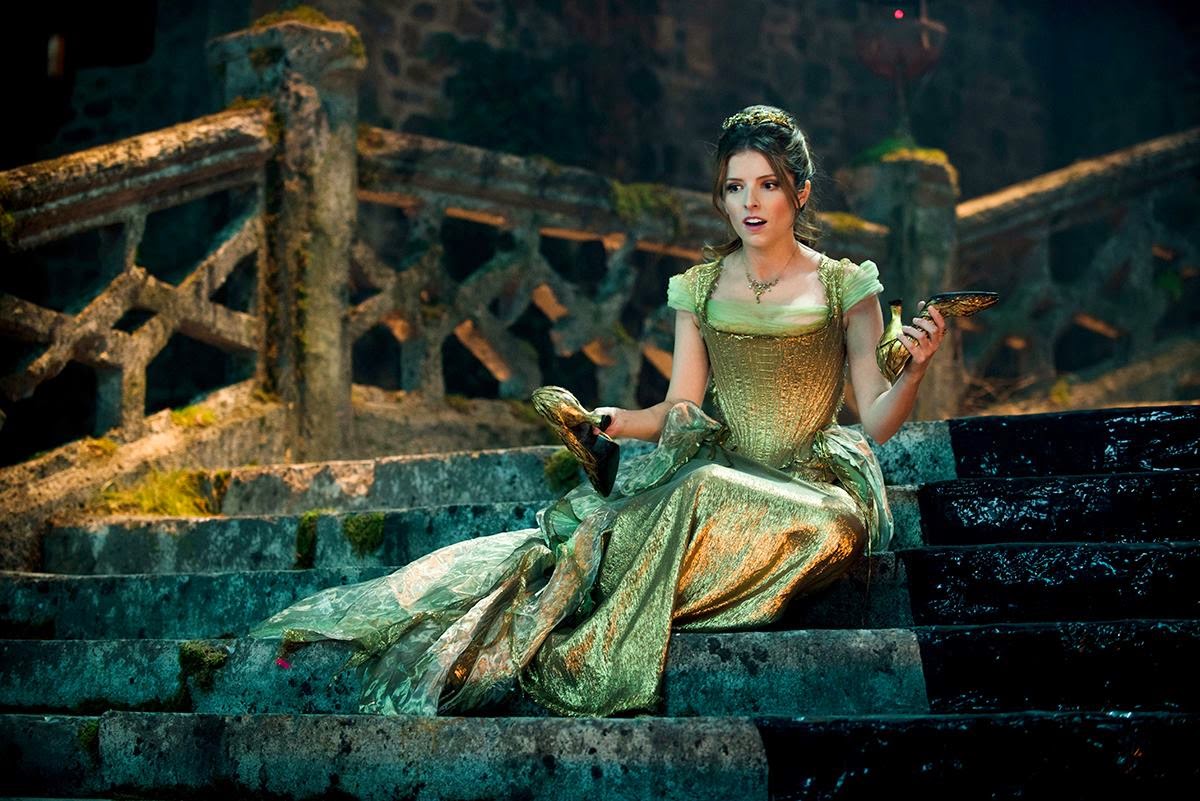 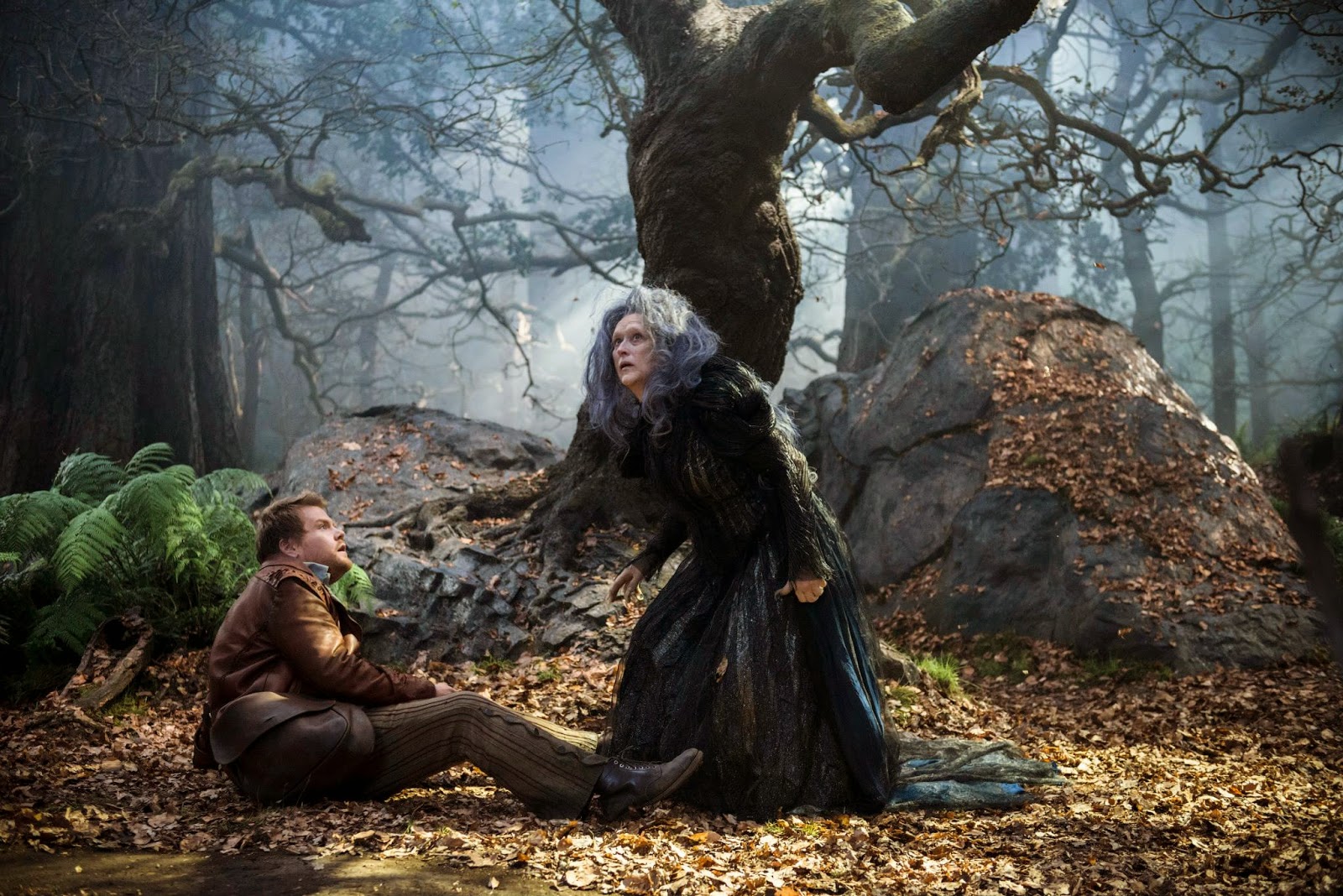 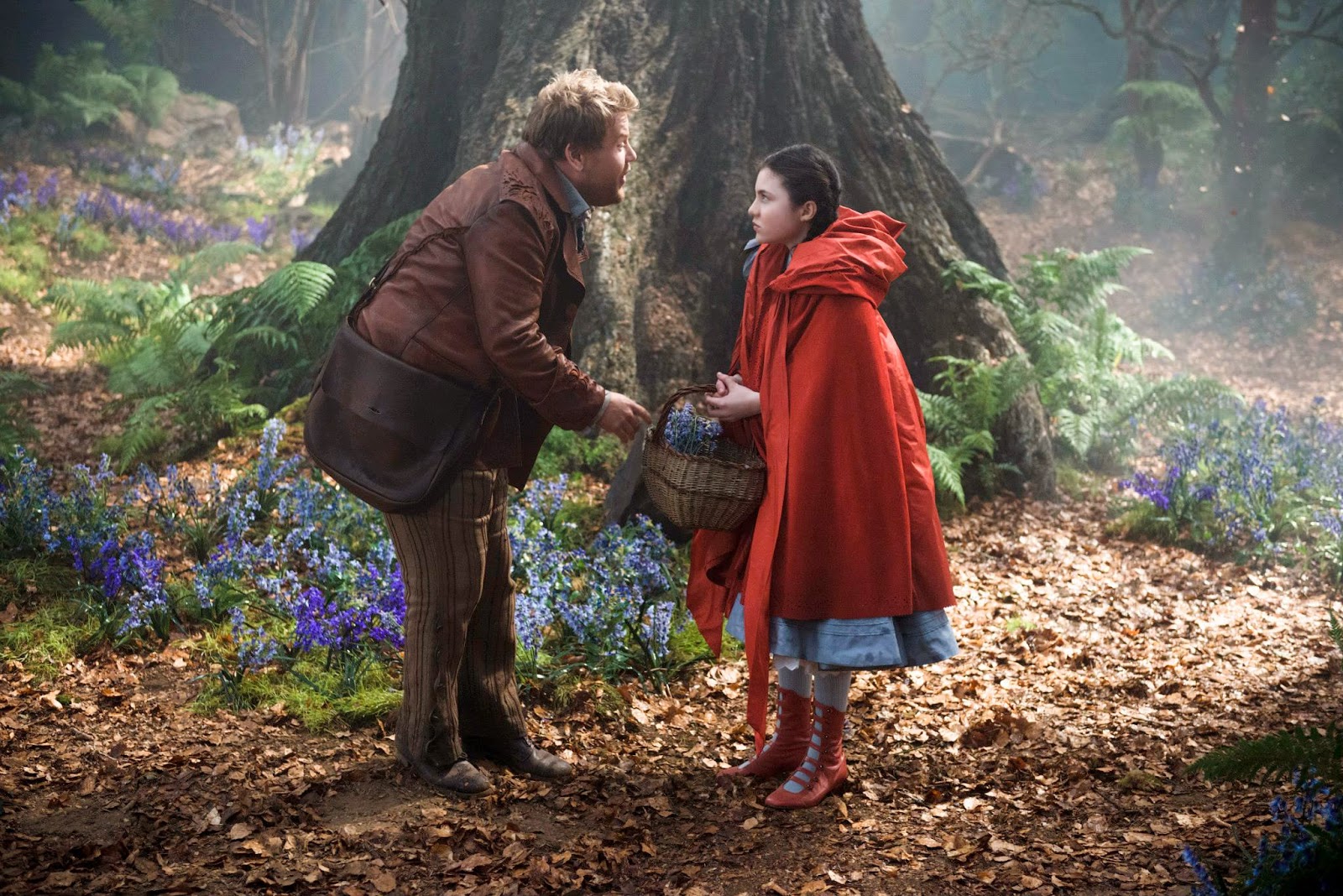 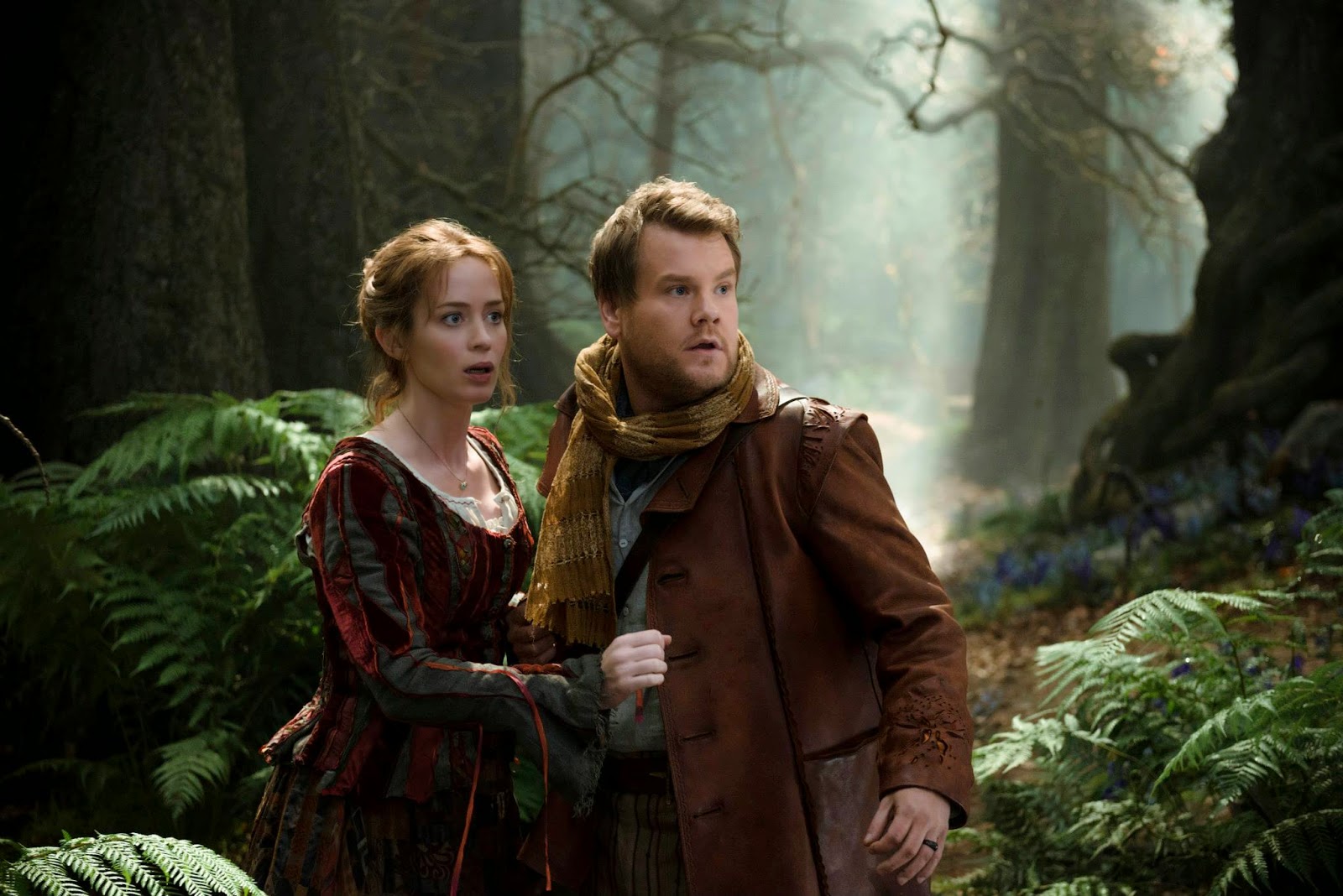