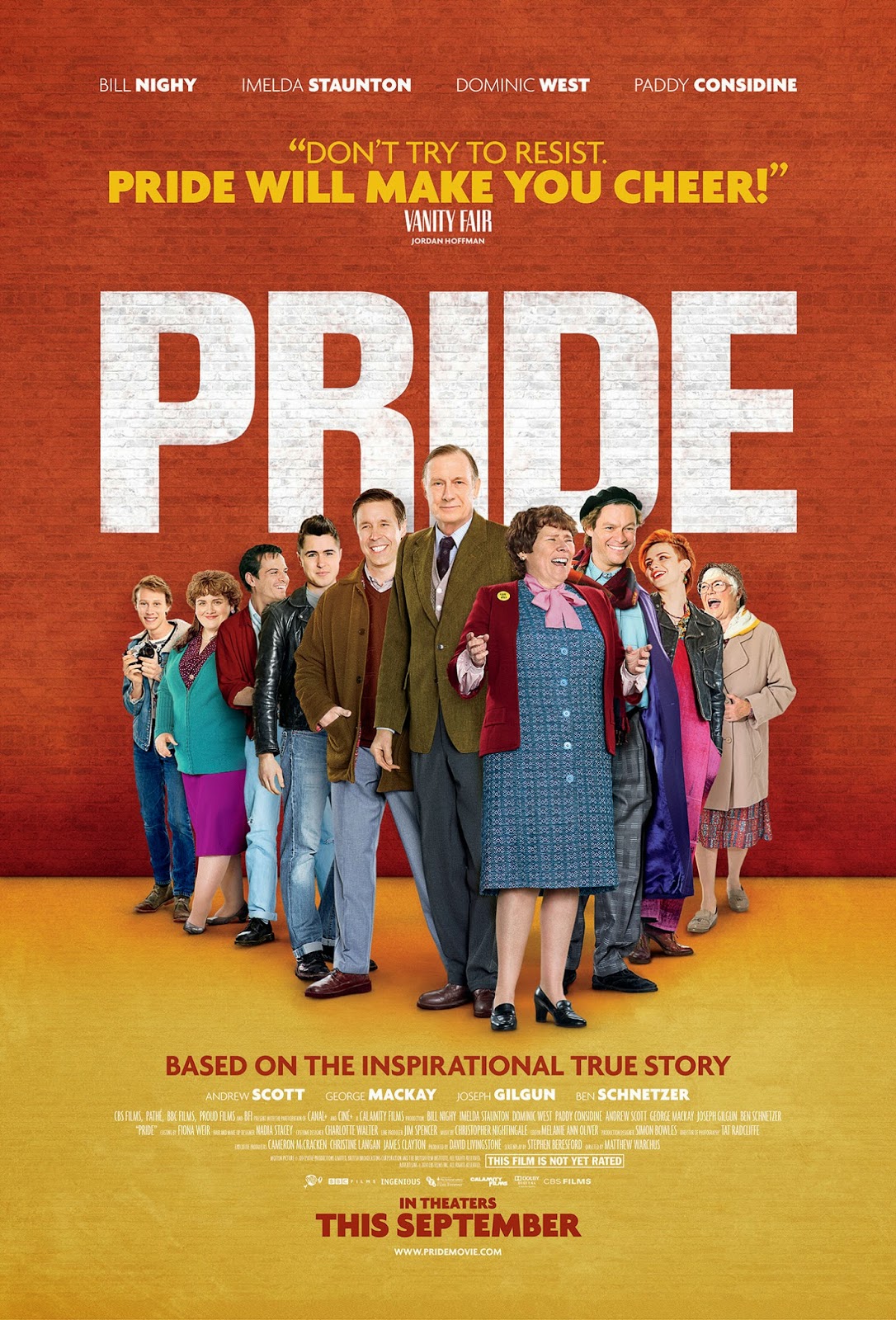 I really enjoy putting my reviews together.  I honestly wish I could delve deeper into certain movies, but alas, I get incredibly busy and can sometimes only deal with movies to a briefer extent than I would prefer.  This is why I write these occasional "Brief Thoughts" posts on movies I have seen, as I want to at least offer some of my own perspective on them.  They may not be as polished, but I can at least get my opinions out there. This Brief Thought is a movie review for the film Pride, now up for a Best Comedy/Musical Golden Globe. 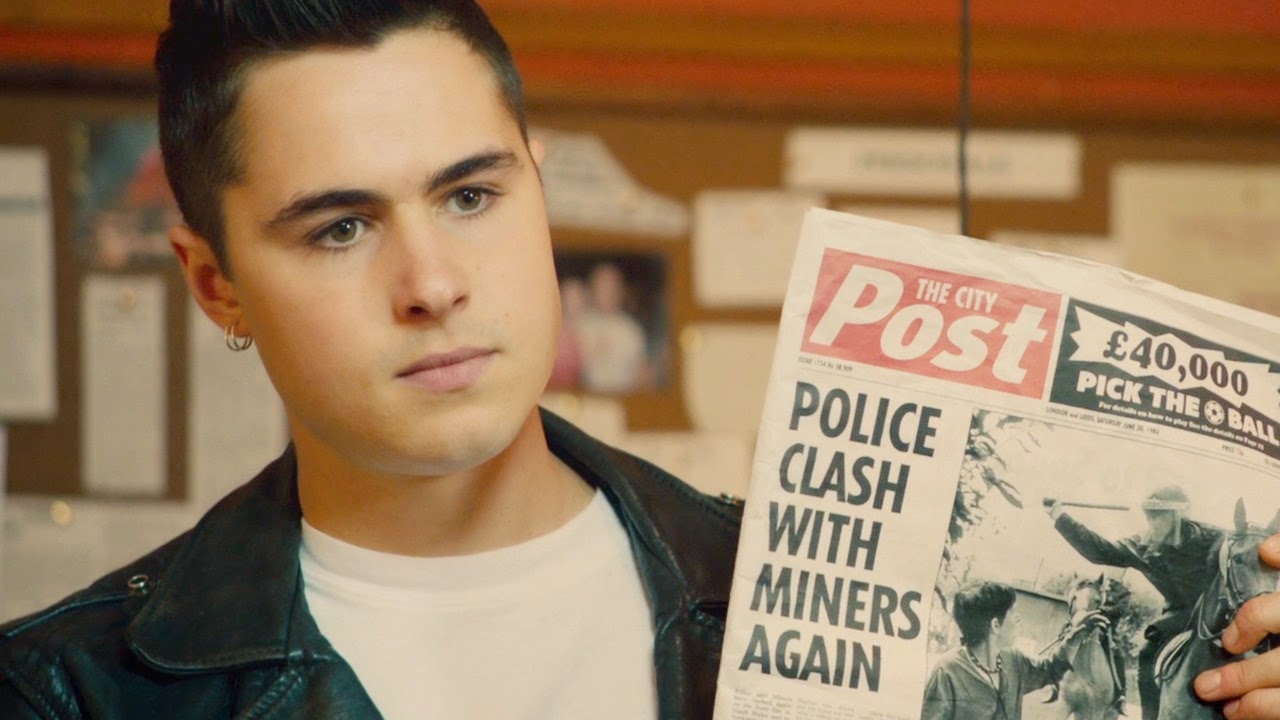 Mark:  We raised this money because we want to help you.

I saw Pride a while back and found it to be fine.  Now that is up for a Golden Globe, on top of the strong level of praise it has already received, I figured I could add my own two cents to my views on the film, which again, is fine.  This is a film that presents the true story a group of lesbian and gay activists who helped raise money for some of the families affected by the 1984 British miner's strike.  It has a mix of comedy drama, features a solid cast led by Bill Nighy, Imelda Staunton, and Dominic West, and is well-meaning in ways that are simple enough.

There is nothing here to really look down upon, aside from the fact that the film falls into a lot of traditional territory, but Pride did lack that certain something extra that makes me look much more highly on films like The Full Monty or Billy Elliot.  Those films both have a fun hook made better by both the direction and likable nature of the performers involved.  Pride is not necessarily lacking in those aspects, but the film, as a whole, did not feature any moments I would call as memorable as those other British comedy/dramas that I like more. 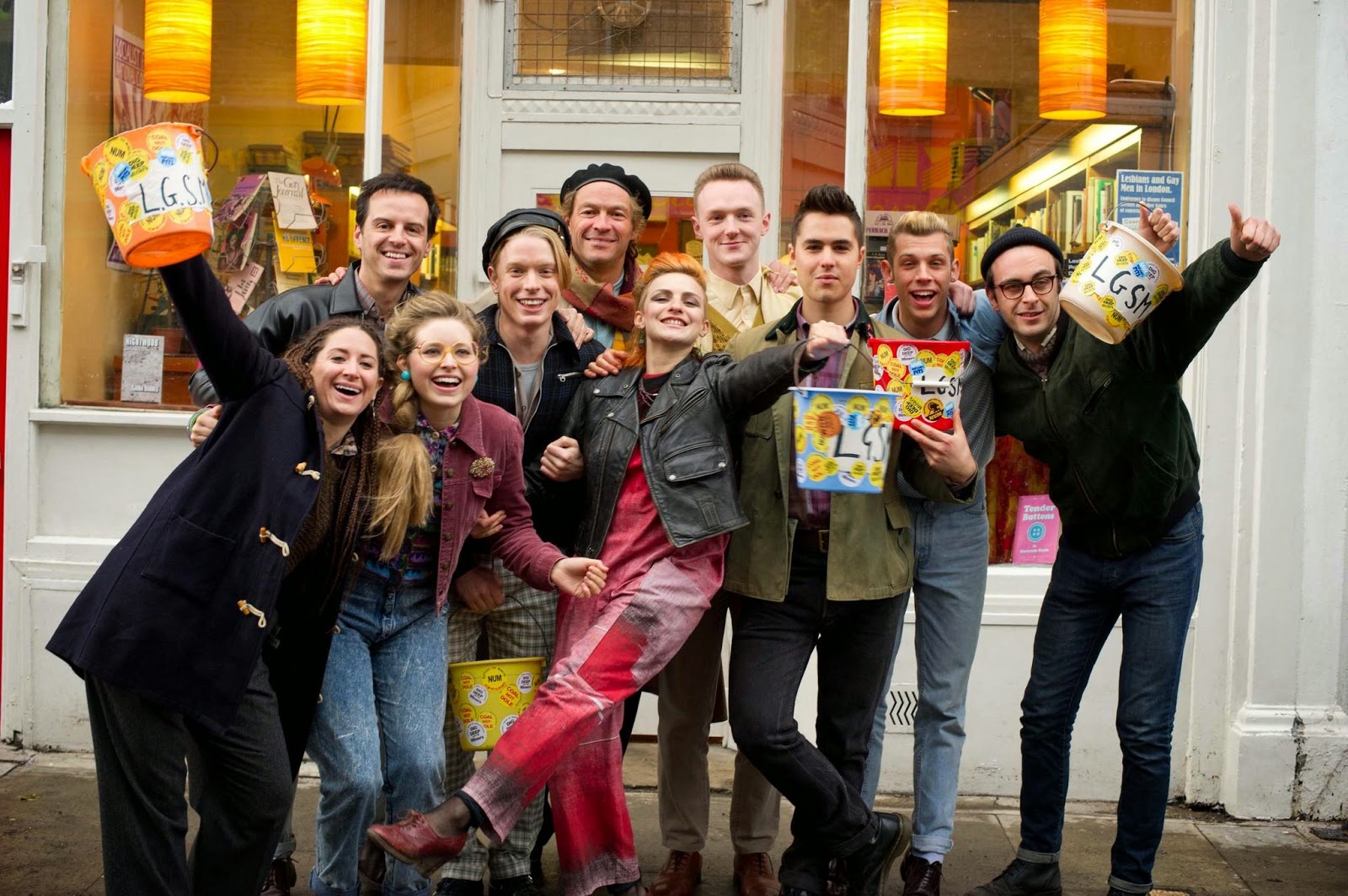 With all of that in mind, there are plenty of things to admire about this film.  Imelda Staunton has the kind of fiery performance that makes her likable and clearly passionate about what takes place.  Paddy Considine is as reliable as always in one of his sweeter roles, which was quite nice to see.  I am also happy to point out Andrew Scott, who I only really knew as Moriarty in BBC's Sherlock, but found to be quite affecting in the way this character presents himself.  Of course, Dominic West is one of the bigger stands out, as he plays one of the showier characters and has a lot of fun doing so.  If anything, the film's most memorable, lighter moment features West showing off his dance moves, but in general, he gets a fun role to play.

The film of course has its share of drama as well.  It stems from typical places involving intolerance and cultural differences, with various characters making dramatic gestures the either have them facing up to certain truths or leaving due to how their reactions to various events play into what has taken place with the Lesbians and Gays Support the Miners campaign that gets launched.  If anything, I wish the film could have done away with having a typical audience surrogate character to build some sort of easy throughline, in favor of just sticking to the facts and keeping it in the realm of an ensemble film.

Regardless of minor gripes, however, Pride, is an easy-to-digest biopic that has its share of laughs and a level of drama that puts some weight on what the film is trying to do.  It is entertaining enough and I can see why it would be easy for some many to walk away from feeling happy.

Dai Donovan: When you're in a battle with an enemy so much bigger, so much stronger than you; to find out you had a friend you never knew existed... well that's the best feeling in the world. 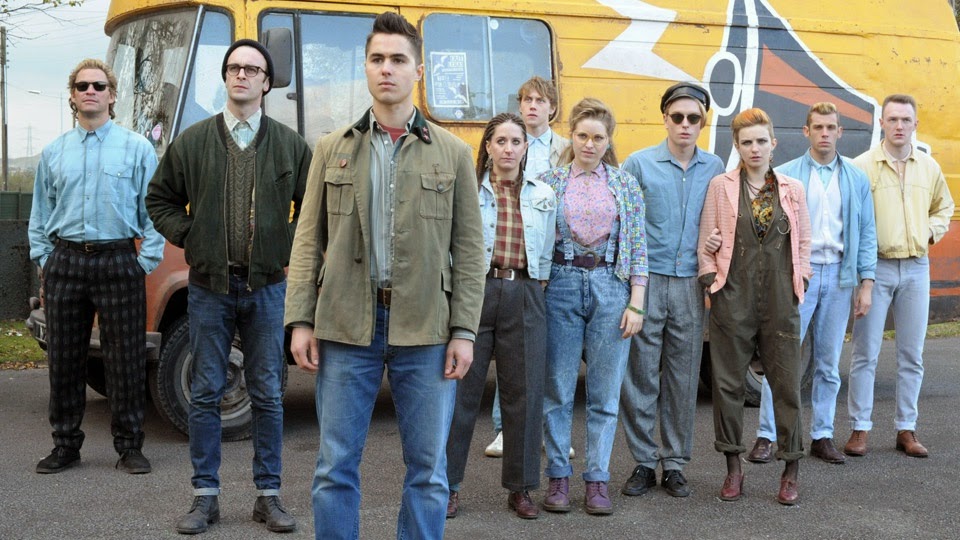