‘Foxcatcher’ Has Strong Performances, But A Loose Grasp (Movie Review) 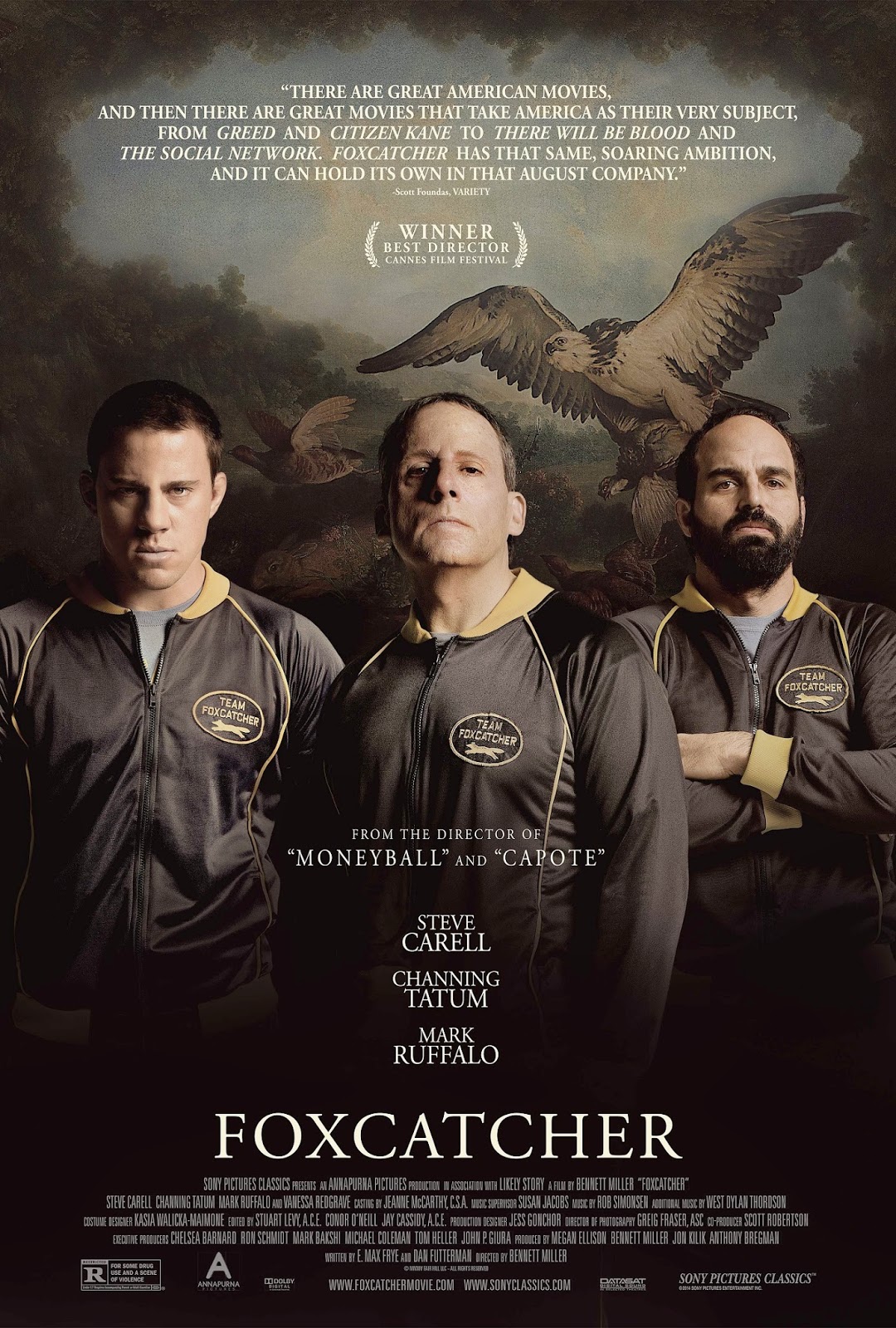 John du Pont: Coach is the father.  Coach is a mentor.  Coach has great power on athlete’s life.

It is funny when you have next to no reaction to a film, despite easily acknowledging so many great things about it.  Foxcatcher is incredibly well acted, effectively directed in a chilling sort of manner as a sort of powder keg of tension, and likely worthy of even more praise, when one considers the level of detail brought to the film’s time period and setting.  With that all in mind, while pivotal moments had a desired effect, I walked away only caring so much for the film.  It tells the true story of a group of individuals that seemed to be boiled down to some basic elements, which left me feeling like I watched a film that I did not really need to see.  Of course, given the built-in praise that came from its reception at this year’s Cannes Film Festival, I certainly wanted to see it, but now having done so, again, the film just didn’t leave me with much. 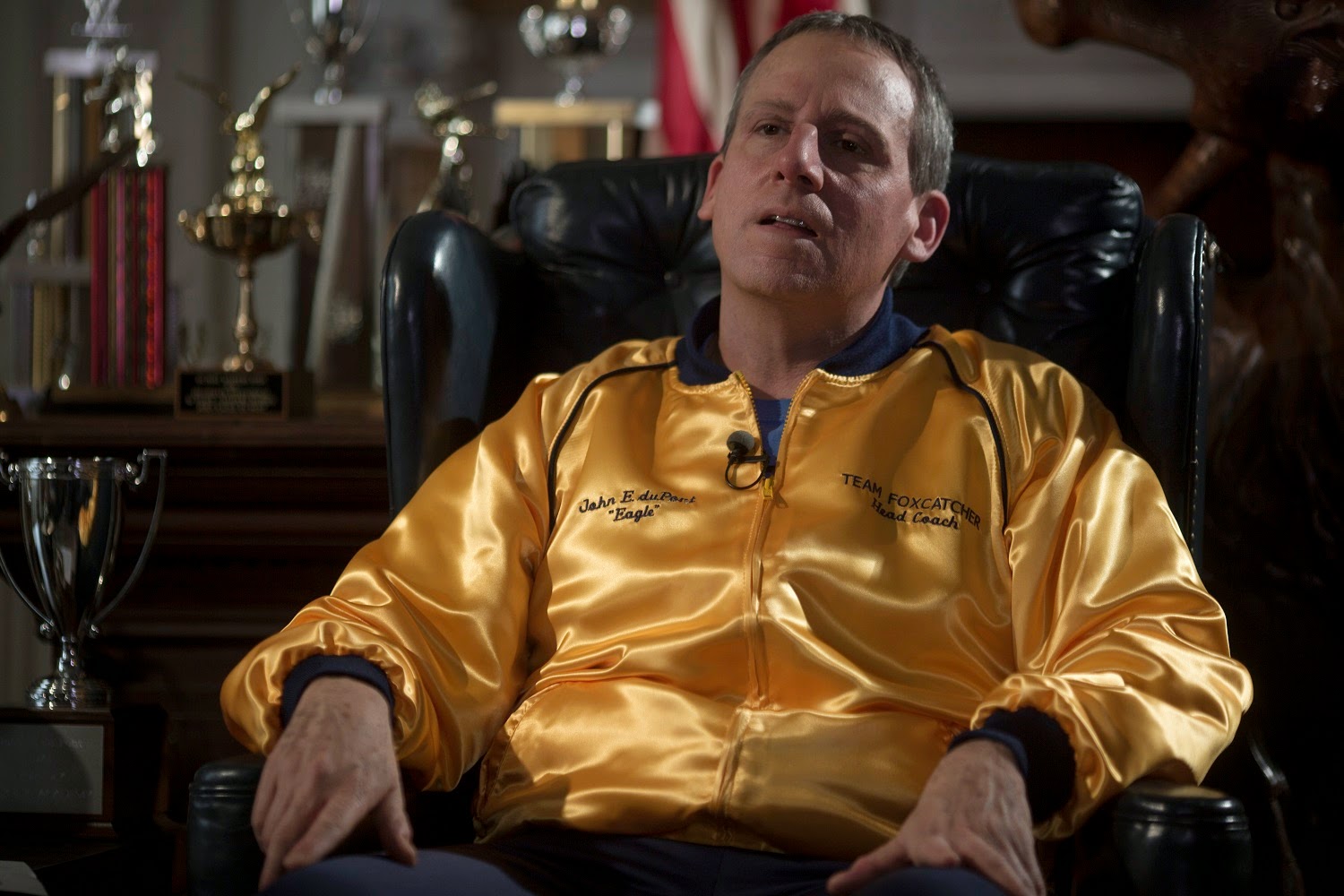 Foxcatcher is a sort of sprawling look at a period in the life of John Eleuthere du Pont (Steve Carell), a man whose riches are as extravagant as his name.  Living on an expansive estate known as Foxcatcher Farms, du Pont does what he can to recruit Olympic Gold Medal winning wrestler Mark Schultz (Channing Tatum), along with his brother Dave (Mark Ruffalo), in an effort to build a team for the 1988 Seoul Olympics.  During this period, it becomes clear that du Pont is doing this in an attempt to impress his disapproving mother (Vanessa Redgrave), while Mark is largely trying to get out of his brother’s shadow and become something more.

There is certainly a lot of complexity in the relationship between the two brothers (who oddly have different accents, despite one claiming to have been raised by the other).  Tatum excels at flipping what is essentially the kind of perception he cultivated early on, dumb jock, and turns it into the sort of layered dramatic performance that features a level of brooding intensity.  Ruffalo is also great here, as he plays the most laid back of the three main characters, yet still seemingly transforms himself (which includes visually) into a former wrestling star trying to do what is best for his family.  These characters are obviously wrestling with each other in more ways than just physically and that largely stems from how John du Pont changes their lives. 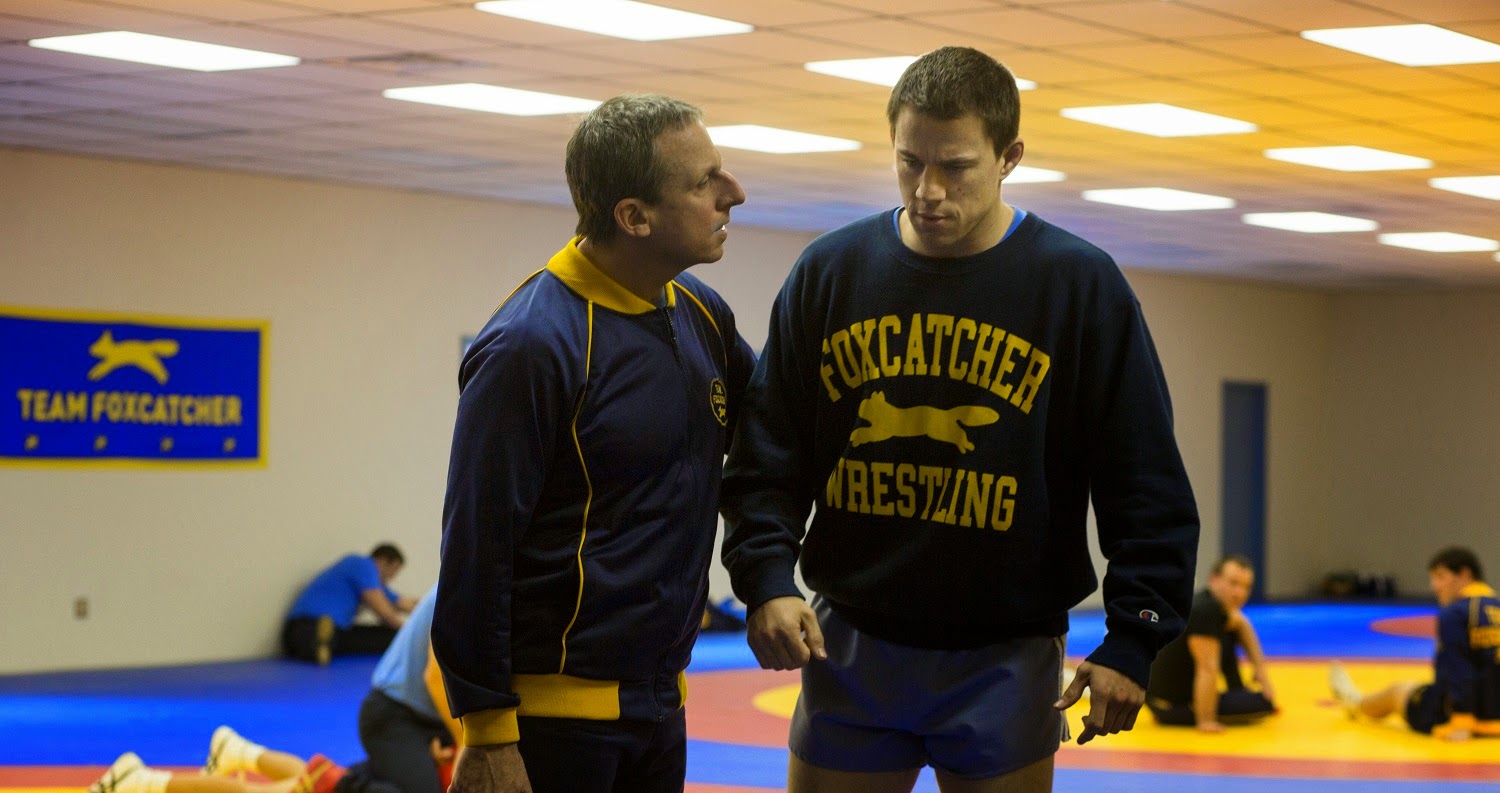 As du Pont, Stevel Carell continues to prove how effective of a dramatic actor he can be.  Sure, he put on makeup and a fake nose to look the part, but there is plenty to be said for the way Carell manages to show how weird of a guy du Pont was.  He has an awkward sort of chemistry with everyone around him, which is not a knock on the film, but rather an observation of how Carell continues to take the cringe-worthy style of delivery that he did so well in the US version of The Office and apply it effectively to his work in features.  Regardless of my thoughts on the film, Carell certainly earns the acclaim he has received so far for this performance.

Now going into this film, I was not aware of what the outcome was going to be.  Given that the film is based on a true story, one could certainly sense some sort of tragedy as the eventual outcome, but I did not look into it.  With that in mind, as good as Carell is, it did seem like I was supposed to be understanding more about who this guy was than what was given to me, but in all of that, I was basically presented with a strange man who had mommy issues.  I have since found out that du Pont’s life was more complicated than that, but regardless of knowledge obtained outside of the film, I felt like I was only getting so much from this film, despite however effective it was in my consideration of the performances and the production.  The fact that the huge events that transpire late in the film feel somewhat rushed, with a hurry to the finish line following a certain tragedy, only strengthen my feelings on this. 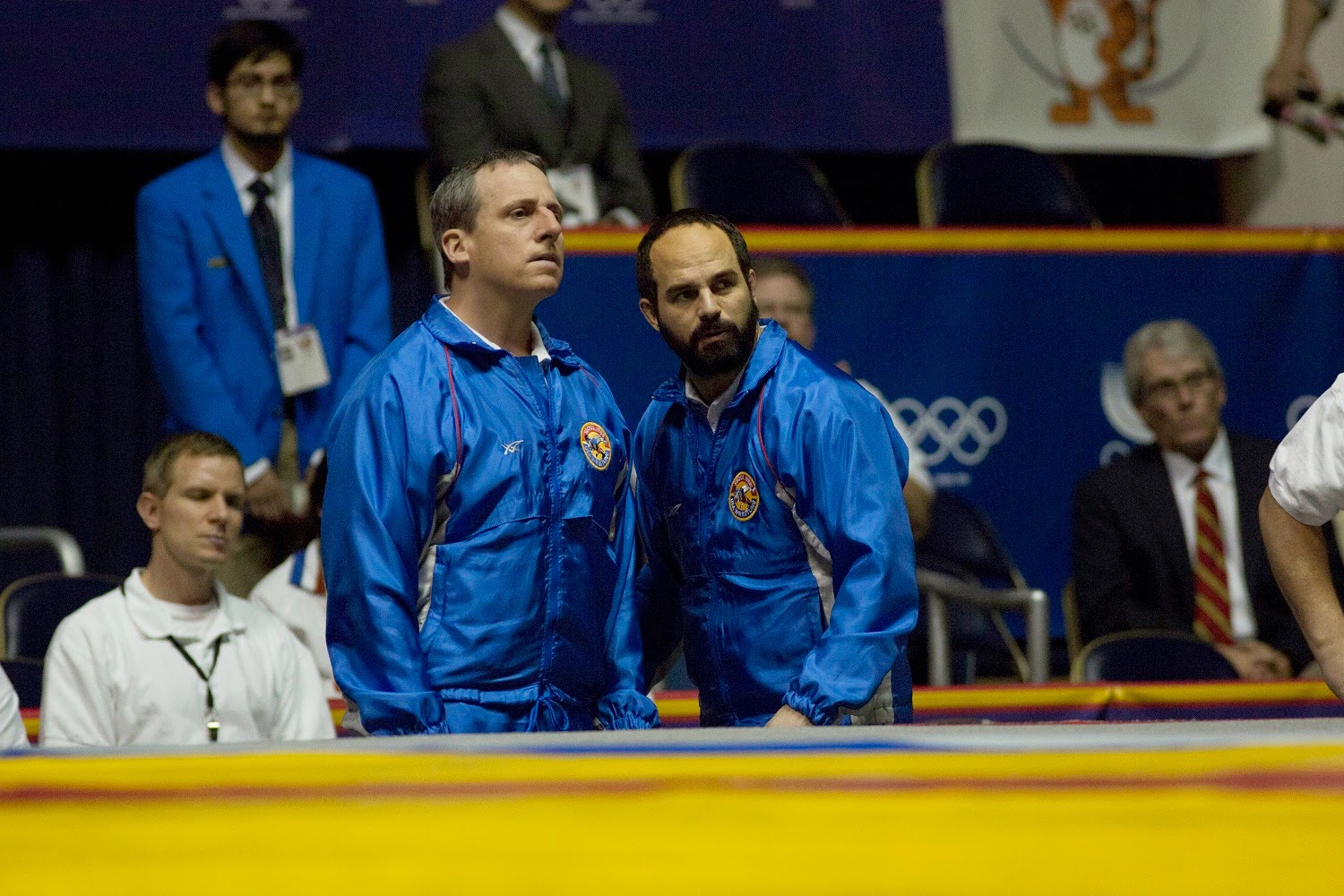 As I have no real issue with director Bennett Miller’s style of direction for this film, no matter how chilly and detached it may seem (and appropriately so), I believe it comes down to the screenplay by E. Max Frye and Dan Futterman.  While enough was done for the sake of the actors to have characters to play, regardless of how effectively they may have inhabited these individuals, I would not say I found them to be compelling.  Seeing Tatum in this performance is great, yes, as is the rest of the cast with their performances.  But with that, given the story being told, I would not say I was drawn in, beyond having the motivation to see where this all goes for the sake of finishing the film.  It is a tricky sort of position to be in, because I believe I am essentially admiring the film, more than caring about what it brings together.  It has a loose assemblage of ideas that work together as a film that shows us the challenging period of these individual’s lives and the tragic conclusion, but it did not really win me over to heap more praise upon it.

Foxcatcher has a lot going for it.  I am not against saying that it is a very well made and effectively acted feature film.  This lead trio does tremendous work, no doubt, with at least two of the actors providing what could be career-best performances (frankly, I think Ruffalo is pretty much always great).  As a person trying to explain this as a film that I was entertained by, it becomes more of a mixed situation.  I appreciated it, but I am not sure if I needed to see it.  Did I need it to be friendlier or even more complex?  Not necessarily, but the film I saw only has me taking so much away in explaining why it works in certain ways, but not all.  I said at the beginning that I had almost no reaction to the film.  This is about the extent of what I can muster up to say about it, which is essentially positive, just not in a sense that shows you I felt great about it.

John du Pont: You’re going to do great things, Mark.
Mark Schultz:  I’m gonna give you everything I have. 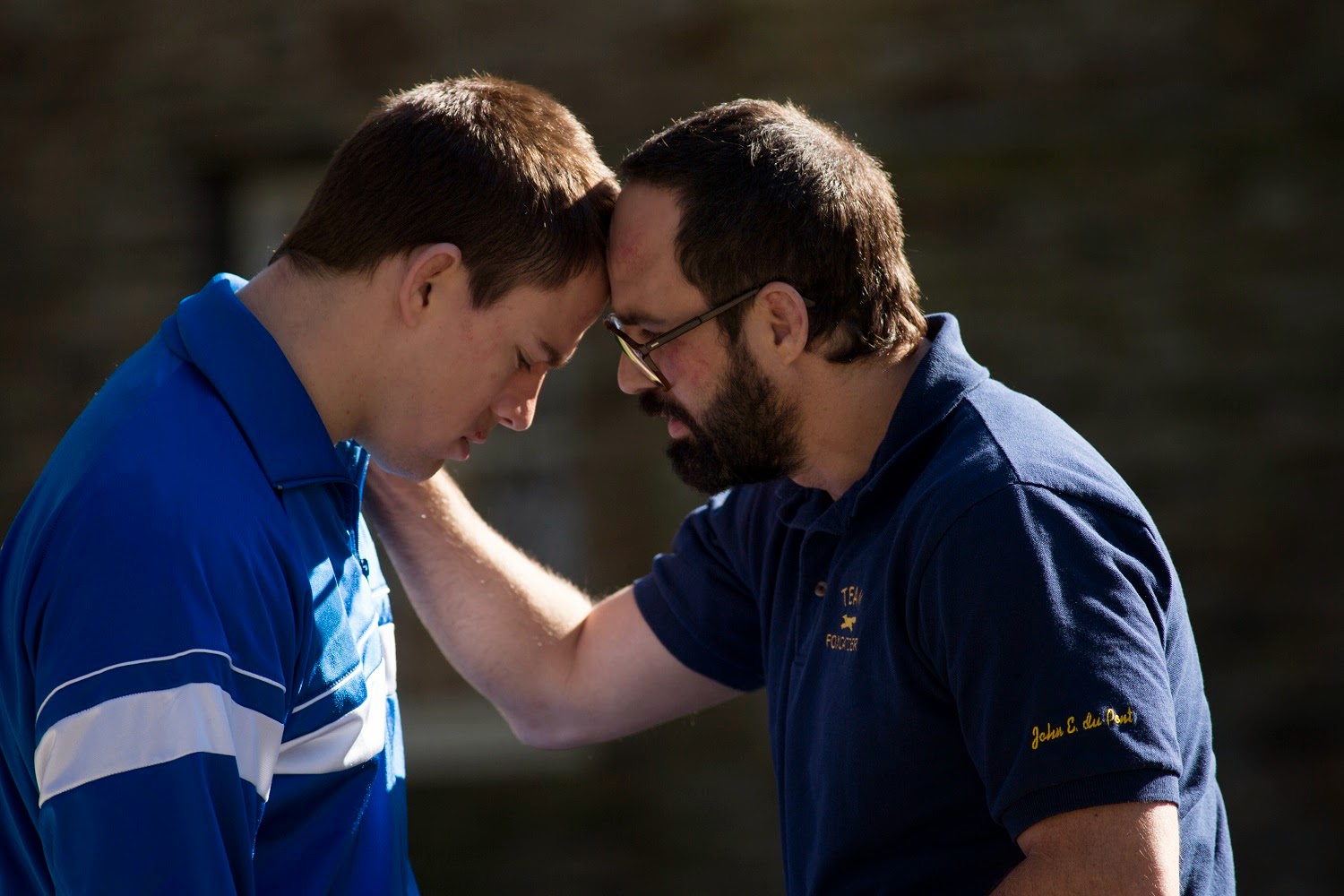 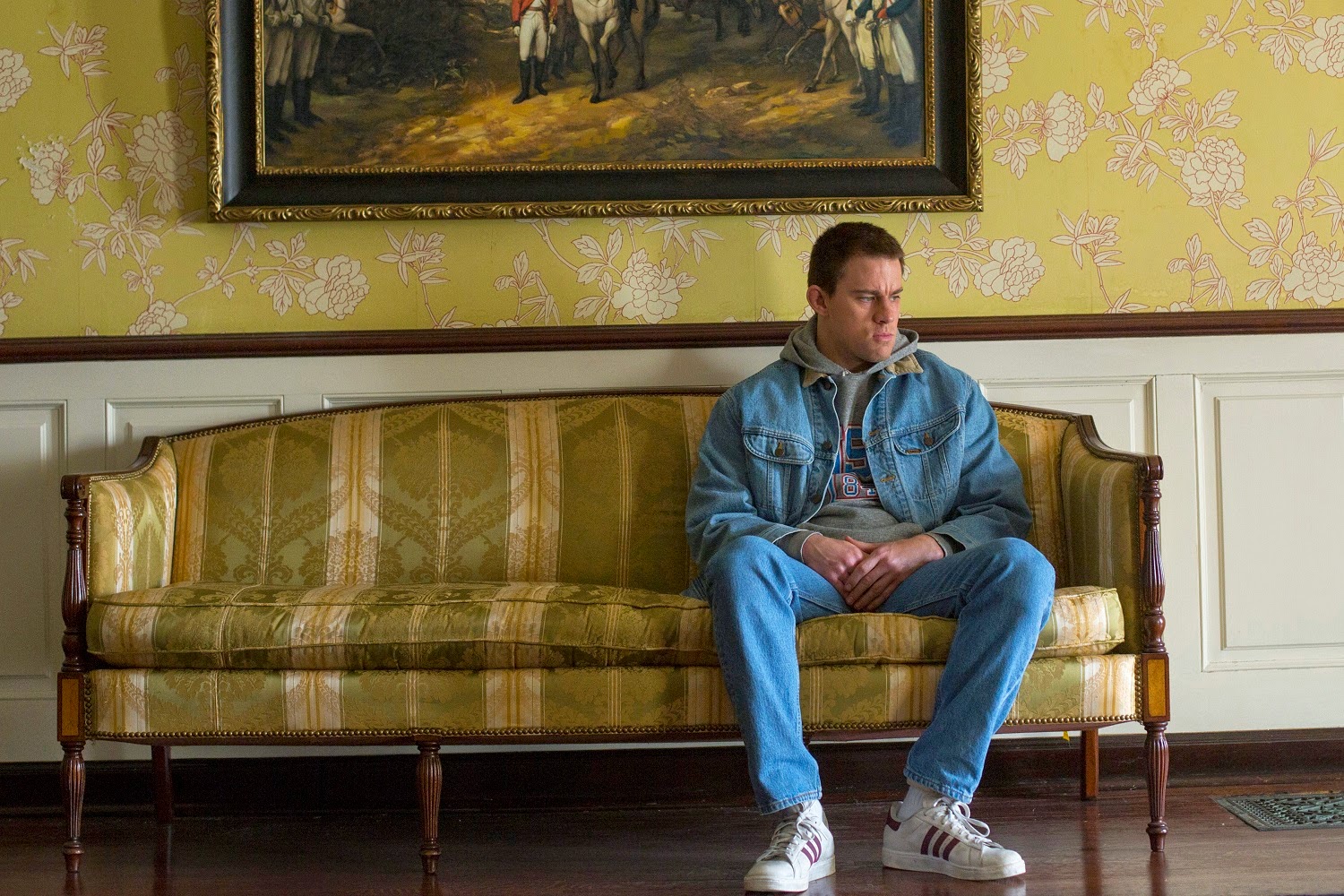