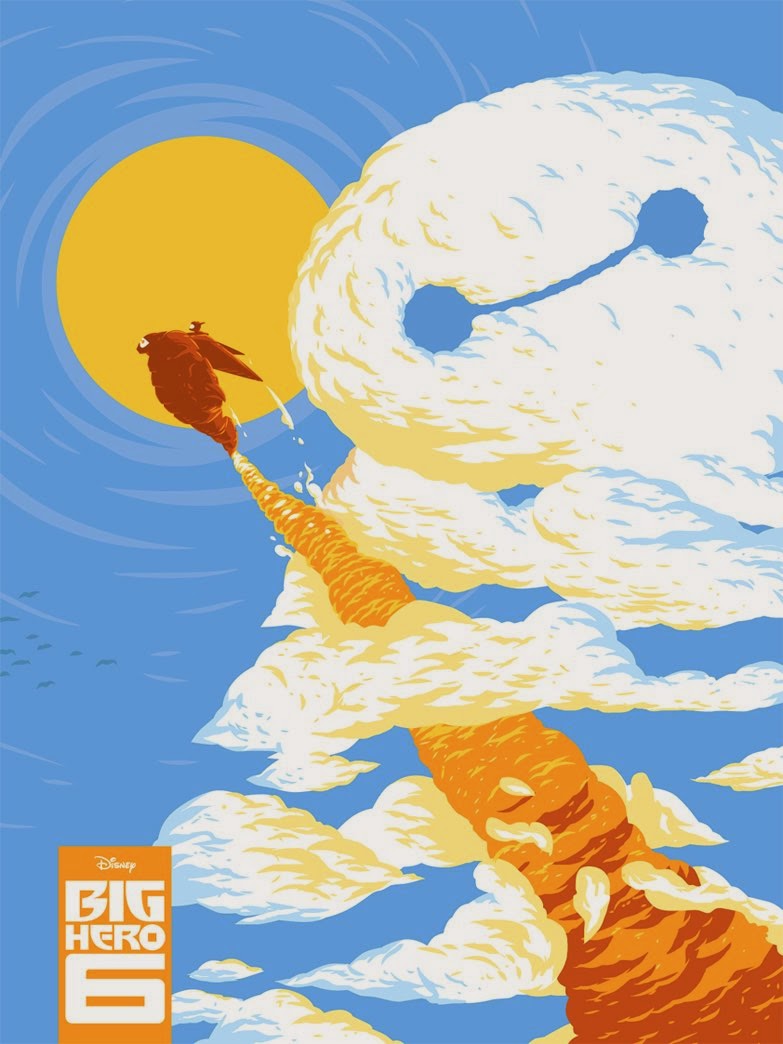 Baymax: We jumped out a window!

Remember Bolt?  Disney’s computer animated feature about a dog that believed it had superpowers, given that he was the star of a TV series.  I enjoyed that film for what it was, as it had a warm spirit and lots of humor.  That in mind, it always felt like Disney taking a film like Toy Story and turning it into something a lot less complex.  Big Hero 6 feels like Disney’s attempt to reconstruct Pixar’s The Incredibles into a much more traditional superhero film (with lots of Disney-style emotional content), complete with a young, orphaned hero, the means to put a team of high-tech crime-fighters together, and a masked villain with a dastardly plan in mind.  What really makes this film work though is the sense of wonder, fun, and enjoyment to be had in its execution, which is largely embodied by one of Disney’s best new sidekick characters, Baymax.  Predictability aside, a large, marshmallow-like robot, and the colorful adventure he is a part of, will easily be plenty of fun for a wide audience.

Remembering that Guardians of the Galaxy was a huge success, Big Hero 6 is the second adaptation of an obscure Marvel comic to hit theaters this year, but it is no way connected to the Marvel Cinematic Universe.  This film is set inside its own world, specifically in the city of San Fransokyo, a hybrid of San Francisco and Tokyo, which is one of the easier concepts to understand, given how the film has been influenced by various forms of anime and manga stories.  Without spoiling too much, the key thing to understand is that 14-year-old robotics prodigy Hiro Hamada (voiced by Ryan Potter) teams up with an inflatable robot built by his brother, along with a group of friends, in an effort to solve a mystery.

Let me back up to the part about teaming up with an inflatable robot.  Baymax (voiced by Scott Adsit) is a wonderful creation.  Regardless of how true to the original comic any of these characters are, for this animated Disney comedy, Baymax is a wonderful source of joy, warmth, and innocence.  He was originally designed to be a healthcare companion, but Hiro gives Baymax the kinds of upgrades that lead to scenes that call to mind the best parts of the original Iron Man, where the hero discovers his abilities.  It is not surprising that Disney has once again come up with a way to deliver on the wonder of discovery, but that does not diminish the impact of watching Hiro and Baymax take flight together for the first time, among other fun interactions.

The movie works best in its first half, where we get to see a lot of these sorts of scenes, mixed with an understanding of who the various characters are and what it is that drives the characters that matter most.  With that understanding though, I am not accusing the rest of the film of being less entertaining, because that is not true.  Big Hero 6 may seem to go through the motions of traditional plotting for a superhero origin story, but it maintains the level of laughs and even manages to effectively replace the sense of wonder with inventive action sequences, showcasing the various good guy characters and their new crime-fighting abilities.

So what is it that has me holding back from appreciating Big Hero 6 more?  Based on the type of film it is, it seems like something that is right up my alley, as it easily fits into the crop of big superhero movies that are not only impressive on a technical level, but features some emotional resonance as well.  Well, I have to say the issue seems to be along the lines of narrative complexity versus going for the heart.  That could be deemed a cynical response, but as fun as Big Hero 6 is, it does feel pretty disposable compared to, yes, The Incredibles, but even other recent Disney films like Tangled, Wreck-It Ralph, or Frozen.

While the driving storyline involving Hiro’s emotional state is effective, I could see the film just as easily going to more interesting places involving his inventions, rather than where the film does end up going.  That said, putting on display the supposed appeal of revenge makes for an interesting (and familiar) route to take and it is handled well enough to connect other aspects of the film.  All this is to say that I found the overarching story to be something I feel I have seen a lot, rather than something that could have been a bit fresher.  Of course, this is the type of film that leaves those sorts of developments for sequels and rather than continuing to kick this innocent, sweet, and fun film, I would rather dig more into why it is so entertaining.

For one thing, it looks great.  That should not be too surprising, as most animated films from big animation studios can accomplish that goal, but it is still worth noting.  Directors Don Hall and Chris Williams do a fine job of leading a film that must build (ahem) a whole new world for a cast of colorful characters to exist in.  San Fransokyo feels alive and the visual representation of characters interacting with this world, namely in the terrific action sequences presented, goes a long way filling this film with kinetic excitement.

Speaking of these characters, we have a fun group of supporting heroes voiced by Jamie Chung, Damon Wayans, Jr., Genesis Rodriguez, and T.J. Miller.  Basically, Big Hero 6 is a film featuring a group of individuals coming from different racial and ethnic backgrounds, without having a need to explicitly point it out.  Good on Disney for that one, but more importantly, good on the film for having a really fun cast of characters, each with their own set of skills and personalities that may lead to tons of toy sales, but still easily works for the sake of joy in a film acceptable for families all over.

If I really wanted to, I could probably go on and on about how much I really did enjoy what Baymax had to offer to this film, but I will instead just say that people should go see this movie.  It is a lot of fun, however familiar it may feel, given the era of superhero films we are currently in, and is certainly worth a big screen viewing, given the sense of wonder that I can even see being enhanced by 3D.  I may not be necessarily racing to collect all the Big Hero 6 toys, after having seen the film, but I did have a lot of fun with it. 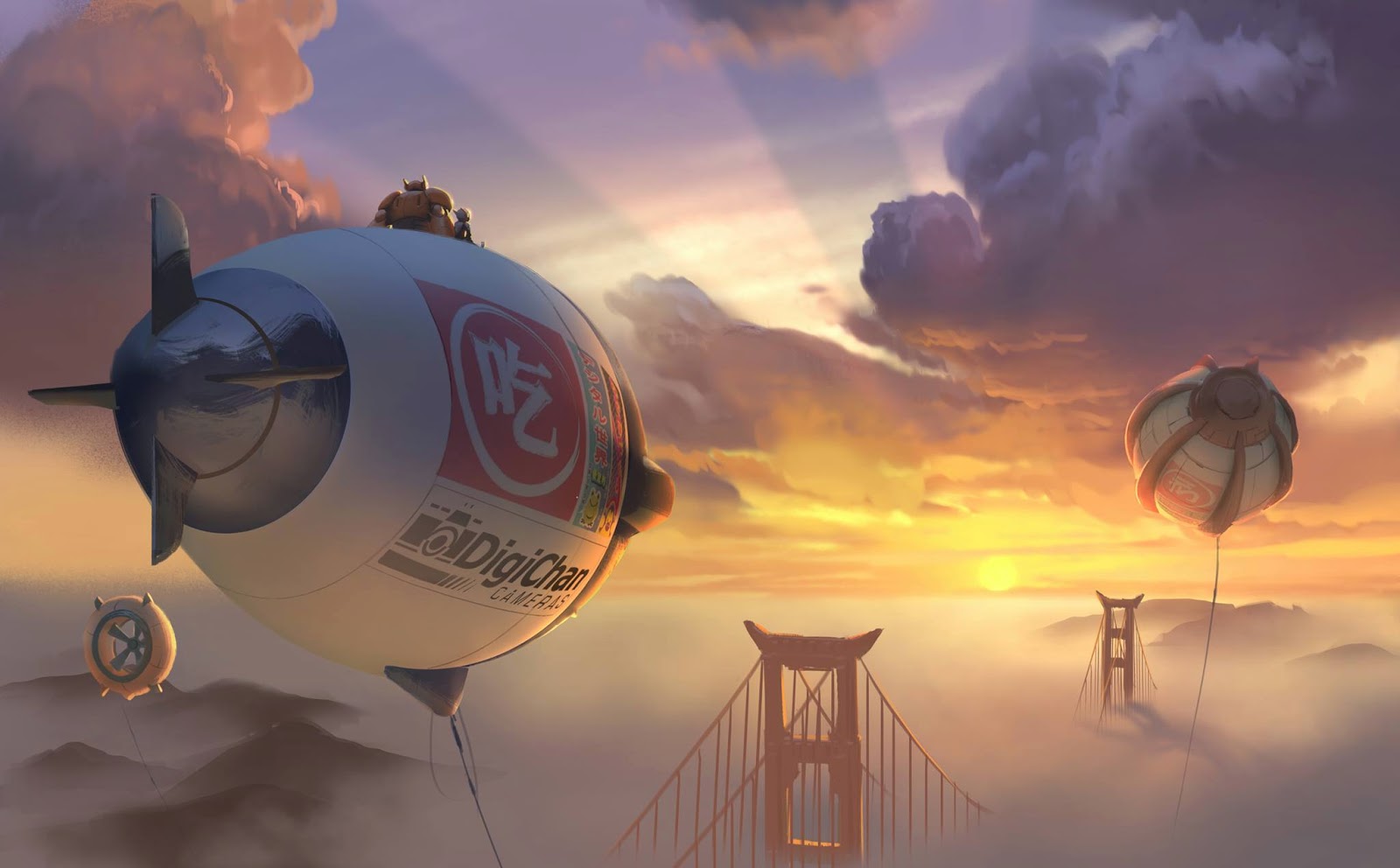 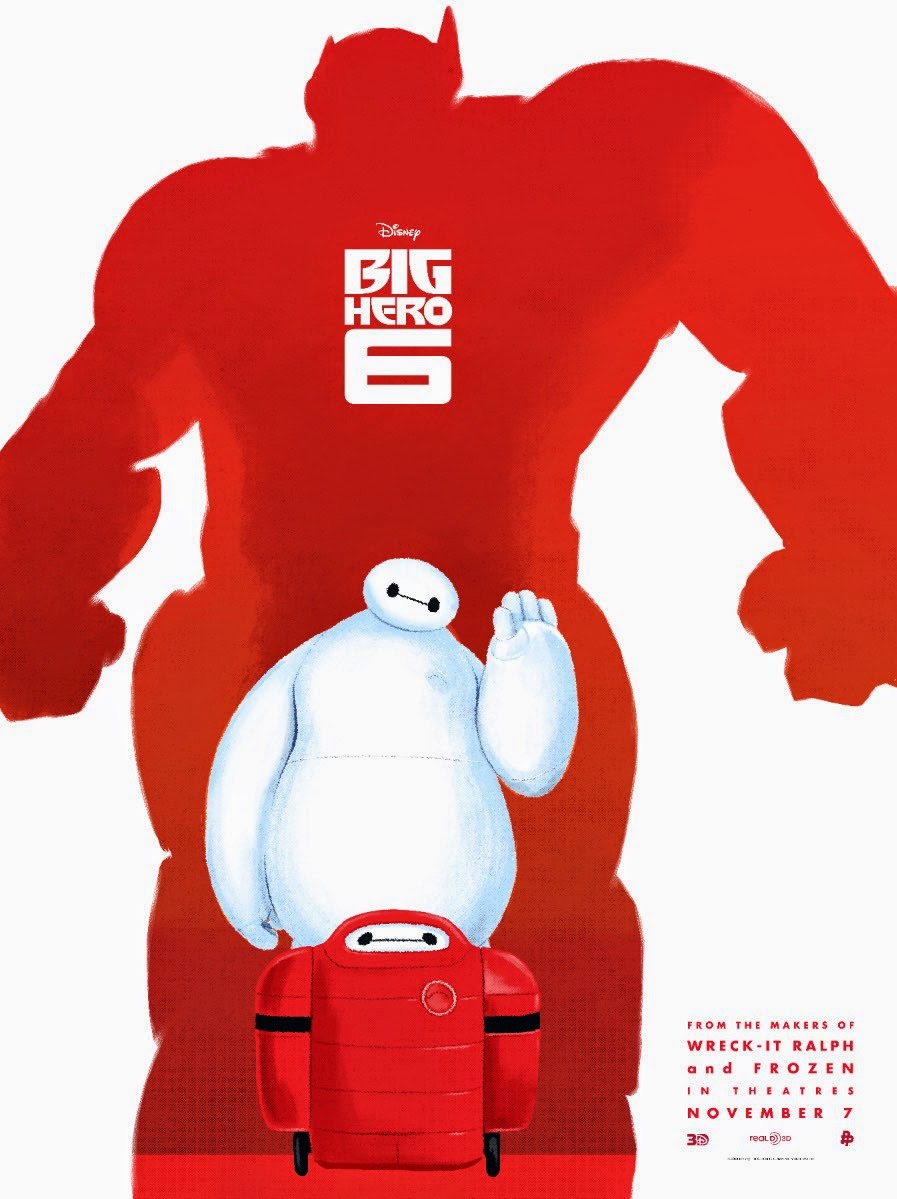