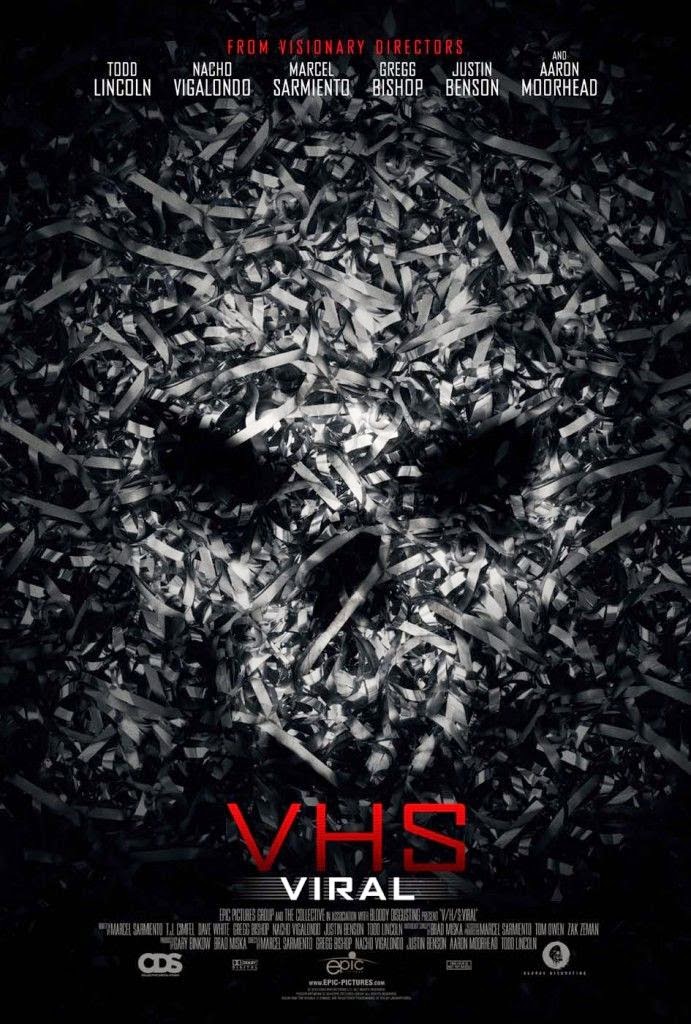 Dante:  Welcome to the show!

One certainly cannot accuse the V/H/S series of not wanting to evolve.  Each film serves as a horror anthology based around the idea of genre directors using the ‘found footage’ to put together some extremely messed up films, but this series has also attempted to grow its mythology and find new and wilder approaches to the short films.  The first V/H/S was marred by its long runtime and general nastiness as far as a majority of the characters, both protagonists and antagonists were concerned.  V/H/S 2 was a major step up, as it was shorter, scary, well-produced, and still very extreme.  Now we have this third feature which is a bit of mixed bag.  On the one hand, it is very well-produced and shows a lot of creativity.  On the other, a large focus on the connective tissue between the individual films really brings things down, along with the very evolution of the central conceit, which may be controversial to ‘found footage purists.’ 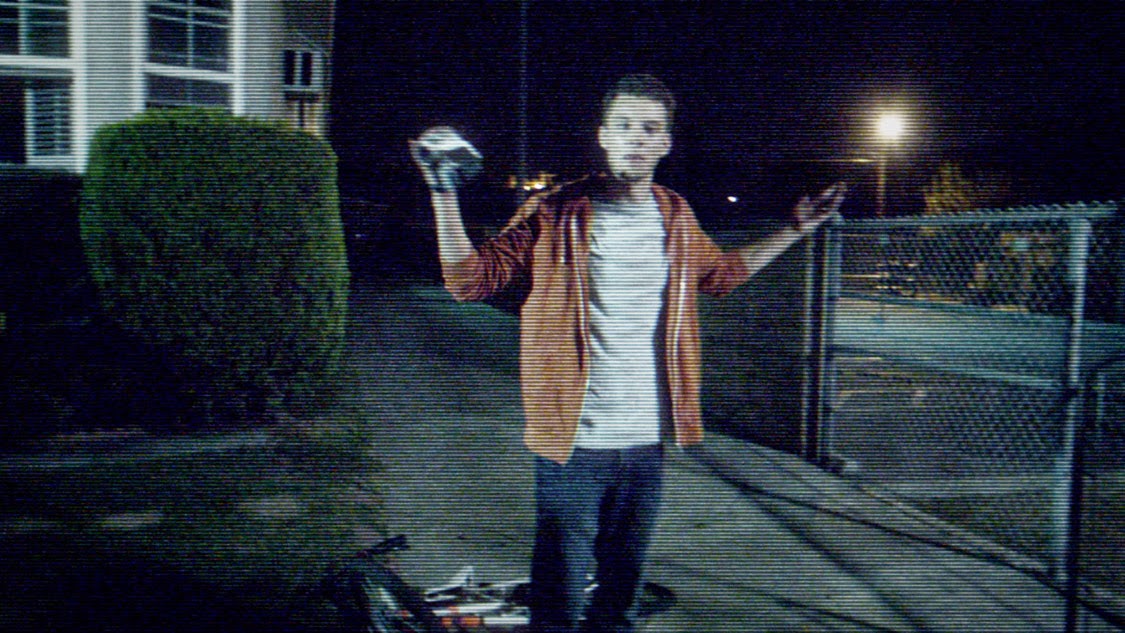 I want to try and keep the plotting of the individual films as something of a surprise, but I will say right off the bat that there is clearly one film missing.  I have read a number of stories/rumors about what took place, but there are currently only 3 short films and the wrap around segments in this film, which appears to be the final theatrical version, based on how the press notes have been written.  Regardless of what may take place in the future, I can say that this version of the film certainly suffers from over-extending the amount of time we spend with the wraparound stuff.  The first two films did not exactly benefit from these segments either, but while this film attempts to expand on what those films did, it would work better in small chunks.  As it stands, the idea is to expand the concept of VHS tapes causing people to do crazy things, but I just found myself not very interested in this story, especially in its extended finale, where the ‘lost’ short would have likely broken this section up.

Known as “Vicious Circles,” director Marcel Sarmiento is one of five directors involved in this film and while he does a fine job of committing to the material and staying in line with the series (one gruesome, but inspired bit involves a man being dragged by a vehicle, while wearing a helmet-cam), I only had so much appreciation for what this portion of the film brought as a whole.  As for the rest of the filmmakers:  Gregg Bishop is responsible for “Dante the Great”; “Parallel Monsters” was conceived by Nacho Vigalondo; and “Bonestorm” was the product of directors Justin Benson and Aaron Moorehead.  I guess I can do a small rundown of what I have to say about each film. 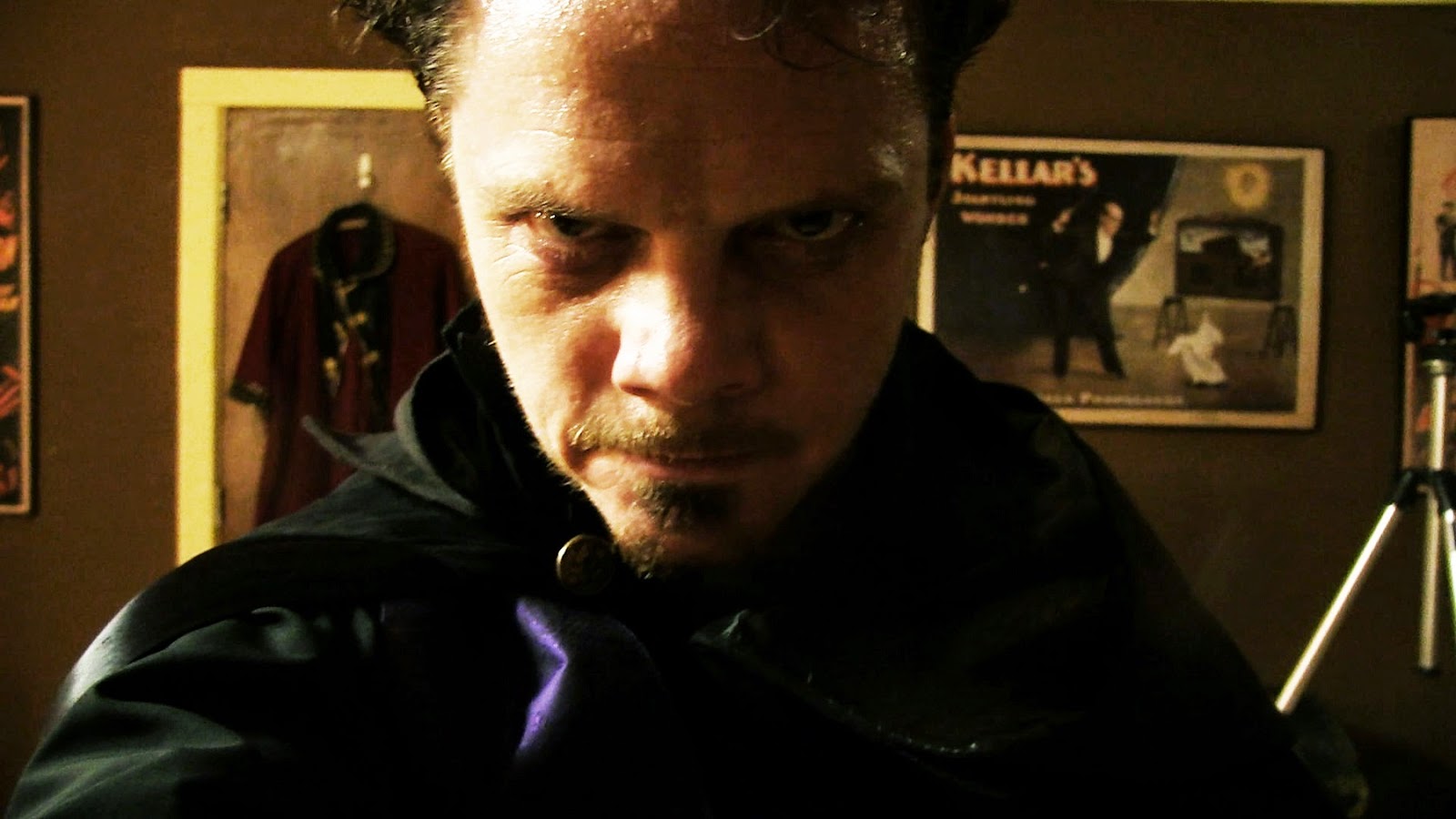 “Dante the Great” features an illusionist that becomes consumed by the power of dark forces.  This is where V/H/S: Viral already goes into new territory, as it presented more as a documentary, but there are lots of instances where there is no justification for a camera in play.  It is the kind of thing that those seeking out these sort of ‘found footage’ films can easily complain about and while it is not necessarily a problem for me, if the quality of the film outweighs minor technical issues, I was brought out of the film by the way it flipped the style.  As it stands, while not particularly scary, “Dante the Great” has a neat idea and some ingenious filmmaking at play, only to be slightly undone by its position with a V/H/S film.

“Parallel Monsters” was easily my favorite film of the bunch, as it both had a wonderfully twisted idea for a story from writer/director Nacho Vigalondo (who made the fantastic time travel thriller Timecrimes) and actually stuck with the central conceit of this series, which is to present a ‘found footage’ video with some extreme ideas thrown in.  This story involves a man entering a parallel world and the surprises he finds inside.  Thanks to some very clever camera and visual effects trickery, this film has plenty of style and intrigue, but it is the build up to true terror that really helps this segment deliver.  There are at least two reveals that had my eyes widen and it was plenty to have me thrilled by what had taken place. 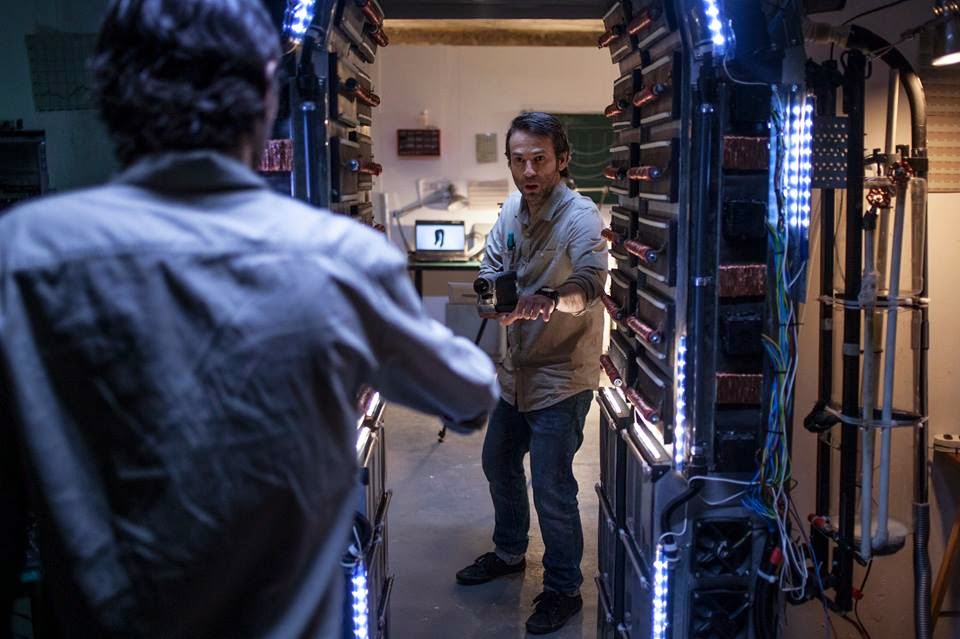 “Bonestorm” is the most punk rock of the shorts this time around, as it features four teens trying to make a skateboard video, only to get caught up in a cult ritual.  What makes this short succeed well enough is the humor.  This short has a go-for-broke attitude that keeps it more in line with a video game than a horror film, and while that does not lead to a lot of scariness, necessarily, it does make for an exciting amount of time spent with kids fighting off…something, while tossing off lines of dialogue eerily close to the kinds of things one would say, while playing online multiplayer.

Very notable is how V/H/S: Viral is just not very scary.  It can be gross and shocking, sure, but it is hardly something that will keep you up at night.  The best segments of V/H/S were able to be quite thrilling.  V/H/S 2 had a neat opener involving ghosts, but then Gareth Evans’ “Safe Haven” segment showed just how crazy things could get.  ‘Viral’ does not have that level of intensity, which is a bit unfortunate, despite the film still being pretty fun to watch. 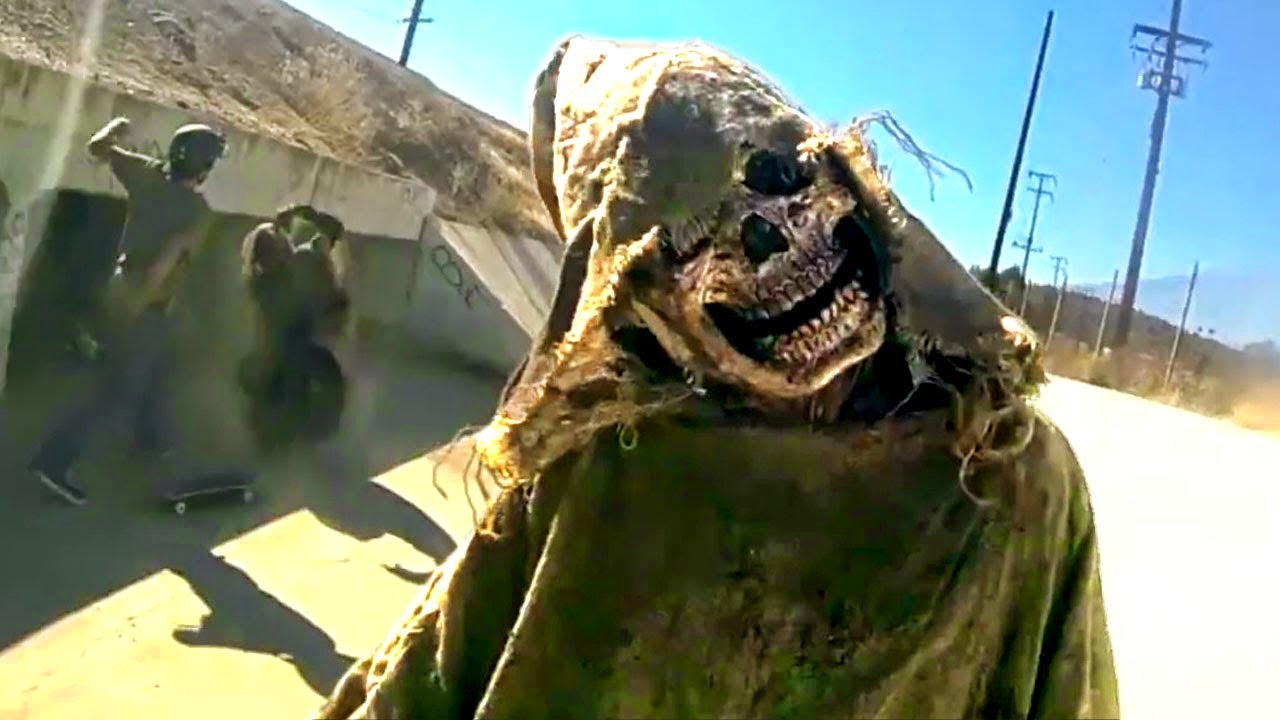 I also had to consider the quality of each production.  While each short looks good and has a neat use of visual effects, given the small budgets, we now also have segments featuring a score, slow-motion, editing tricks, and other aspects that move this series far from the homemade aesthetic that seemed to dictate how this series would be functioning initially.  Again, I like that this series is evolving, but I also wonder how far it can really go with it, before I begin to be really bothered by things beyond just where the camera is supposed to be in this ‘found footage’ segment.

All of that in mind, I still get a kick out of this series.  If I can just barely recommend the first film for a couple of its inspired shorts, then V/H/S: Viral must get a recommendation, simply because of how much better it is than the first film, even while moving away from certain ‘rules’ one may rely on, when it comes to approaching these sorts of films.  The wraparound segments are still unfortunately not the strongest and some may find themselves off-balance, given the herky-jerkiness of scene transitions, let alone the handheld nature of it all, but I find enough in the ambitious nature of this project, as I have with the last couple.  It is mostly horror trash, but the talent is clearly there. 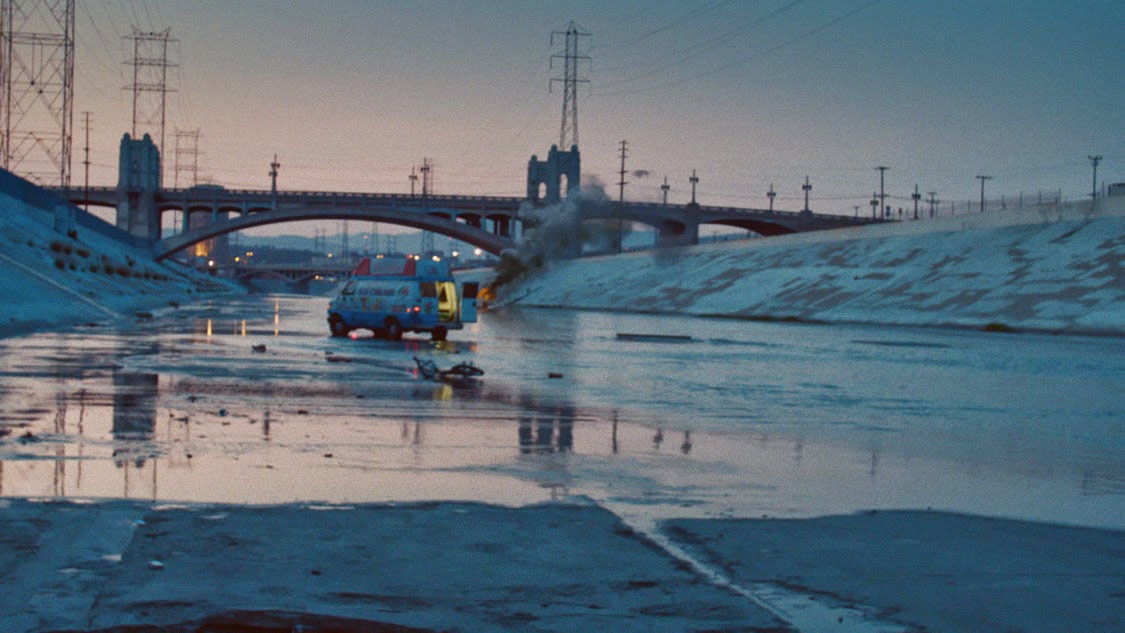 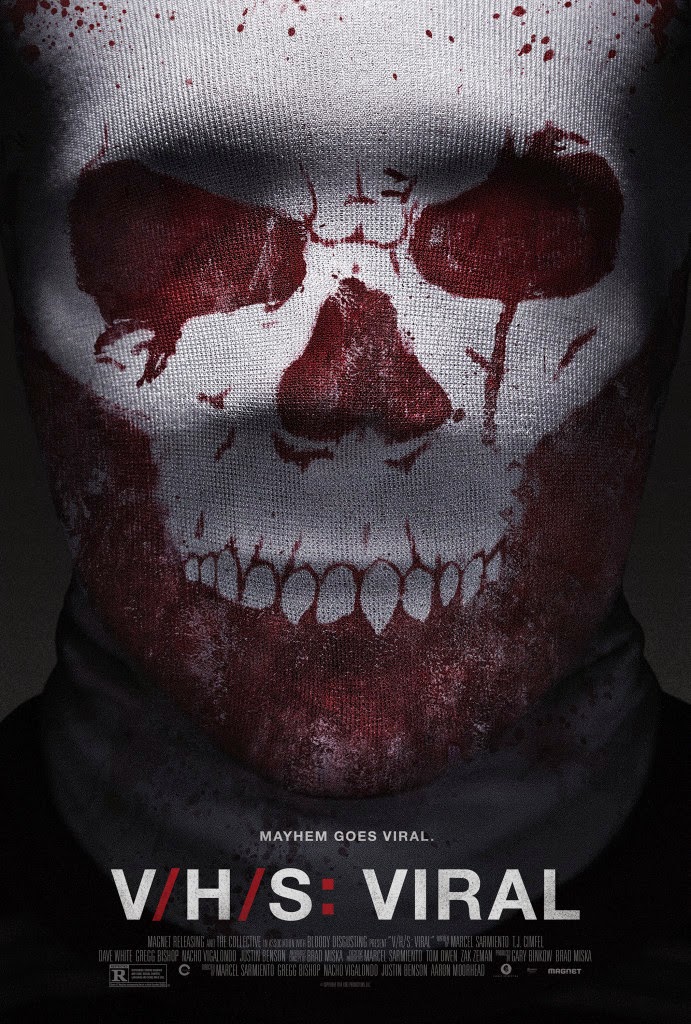