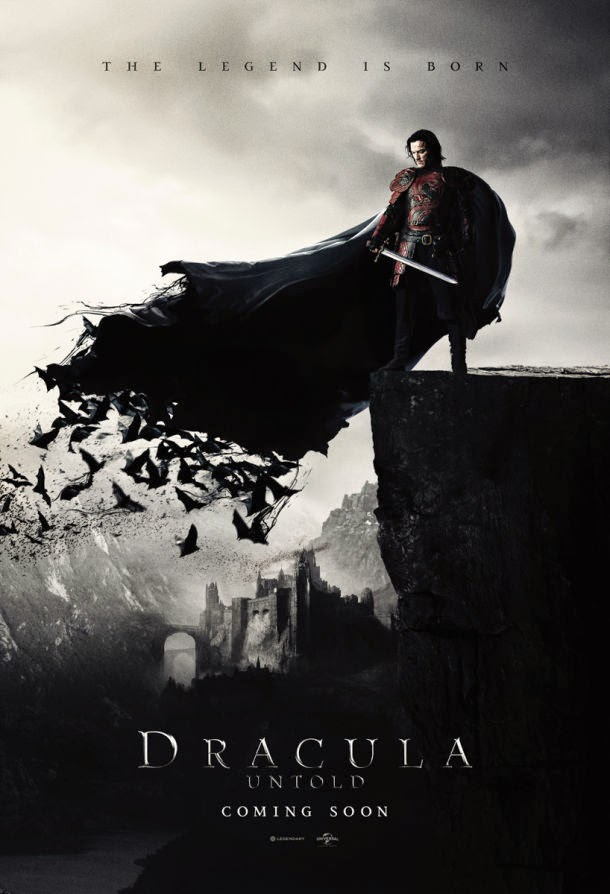 Vlad:  I’m the thing men fear.  Not a ghost, something else.

Dracula Untold is 92 minutes long.  There are likely just over 92 films about the character of Dracula, in some form, if we collected all versions (including Nosferatu and the Blacula films, of course), but suffice it to say that I was not expecting this latest concept for how to incorporate the character into a film to be anything special.  Sure, I was intrigued by the idea of going way back and seeing what they can do with a story about Vlad the Impaler, but this really is not that film.  Dracula Untold is more or less an excuse to provide another brooding period action hero, which has been currently in style since Russell Crowe in Gladiator (see: 300 and Ridley Scott’s other recent period films).  This time the gimmick relies on brooding action guy being a vampire with awesome powers.  There does not end up being a whole lot of weight or excitement in this film, but it looks visually interesting at times and at least it was only 92 minutes. 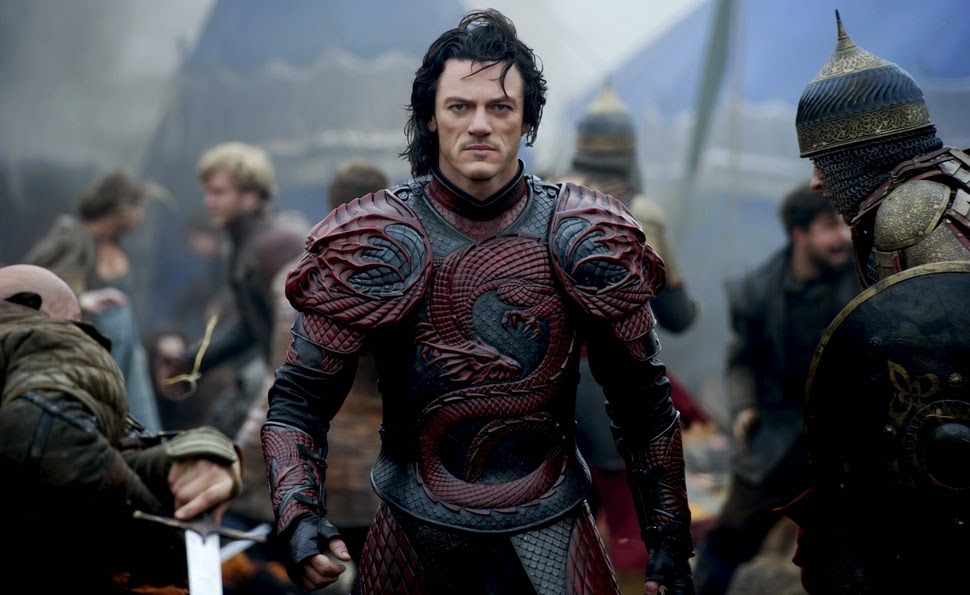 Luke Evans stars as Prince Vlad of Transylvania, but regrettably he speaks in a low, brooding, non-descript accent and not the one we would hope for, when it comes to elaborately-dressed princes from Transylvania.  Regardless, Vlad has put behind him the days where he was considered a monster on the battlefield, in exchange for a perfect family life as husband and father in a land filled with peace.  Obviously this peace quickly comes to an end, when the evil Turkish Sultan, Mehmed II (Dominic Cooper, who does have a fun accent!), demands 1,000 boys, including Vlad’s son, to join the army.  Vlad does not agree to this and luckily he just happened to encounter a vampire up in the mountains days earlier.  This leads to a repeat visit, where Vlad makes a deal with the ancient creature (played by Charles Dance, who must have had a ball in the make-up chair).  Ancient Dance will give Vlad special powers to help him destroy his enemies, but he must resist his new thirst for human blood.

That last part of the deal is crucial of course, but the answer to what happens is clear, as this is film is called Dracula Untold and not Vlad and His Three Days of Being a Superhero.  Being a superhero is really what most of this film amounts to, which is fitting of the times we live in, as a film-going audience.  It is of little surprise to see a character like Dracula treated as such, as he has the strength of 100 men and the power to turn into thousands of bats, as he ravages his enemies.  The problem is in how to keep that interesting.  Making Vlad into a superhero version of Dracula, who fights massive CG armies using his own CG powers, while wearing a sweet red costume, with its own cool dragon emblem, is fun for a video game perhaps or even as a demo reel for a film, but the character can only be so compelling at this point. 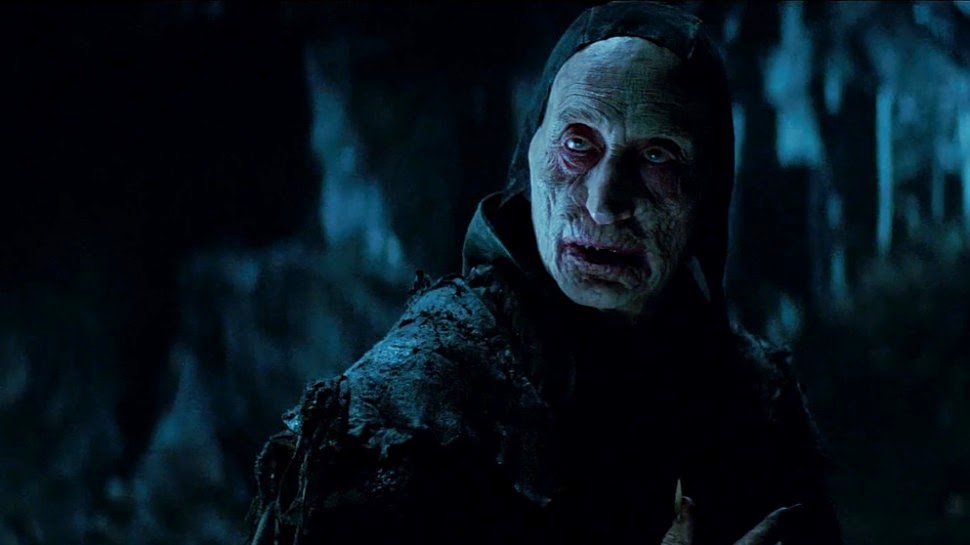 To his credit, Luke Evans does what he can.  I like Evans.  He has spent a lot of time recently in these bigger, genre pictures (he still has his own dragon to deal with in the next Hobbit film), but the guy has some smaller films that helped me initially notice him.  In this film, while spending a majority of it brooding in and out of action, he gets some moments to show strength in emotion.  It is not nearly as fun as seeing Charles Dance in a movie like this, but it is something.  The problem is how this film basically takes away all the passion that comes from the Dracula character.  Dracula is the Prince of Darkness and the King of Seduction in movie monster world, but this film wants none of that.  It wants to be all spectacle, with Sarah Gadon’s expressive eyes being used now and again to remind Vlad of the love for his wife and child, so the movie can seem like it has a sense of purpose.

Director Gary Shore and his filmmaking team certainly do what they can to make this film look visually arresting.  The color palette is subdued, with the exception of the color red, so Vlad can stand out, as he faces the thousands that challenge them and go on to attack them in ‘cool’ ways that hopefully do not seem repetitive.  The various uses of his bat-transformation powers are enough to give this film a hook it can rely on, let alone something for Dracula to do that looks neat and distinguishes him, if Universal ever gets to make their Avengers-style monster movie they plan to put together in the coming years.  Still, all the action, captured in slow motion or not, only amounts to so much, if I don’t really care about what is going on and that is the problem. 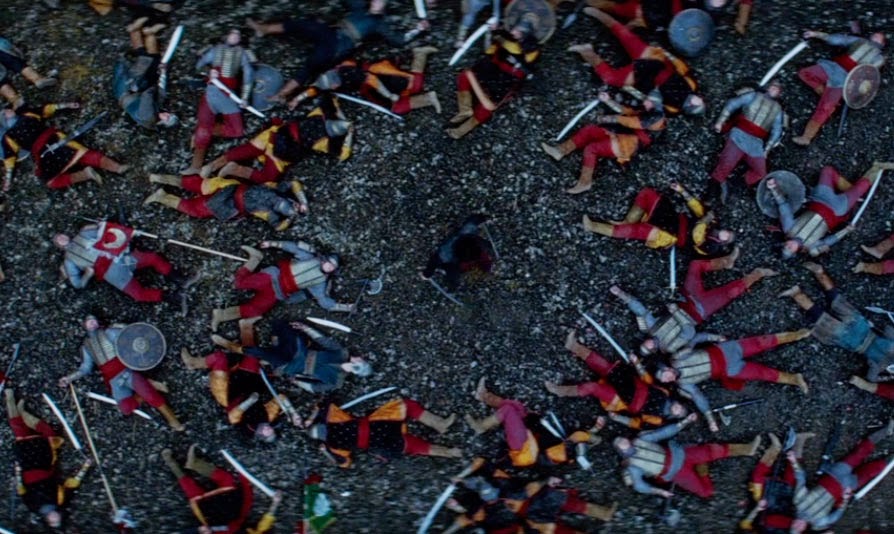 In the end, Dracula Untold comes off as a generic period action film, with the addition of vampire-related special effects to make these epic CGI battles different from the last film with epic CGI battles.  The cast is here to do what they can, the logic of the world is present enough for some elaborate costumes and production design, and you of course get to walk away not feeling all that bad for Vlad, but it all feels inconsequential.  Dracula Untold is a good-looking, but fairly fangless toothless experience.

Vlad:  There is still more to fear! 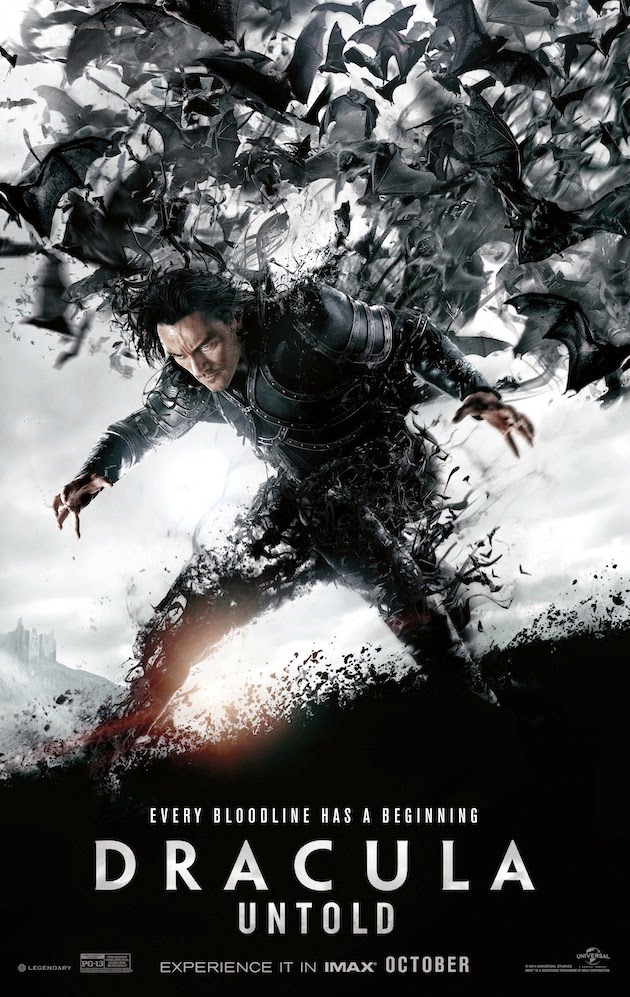