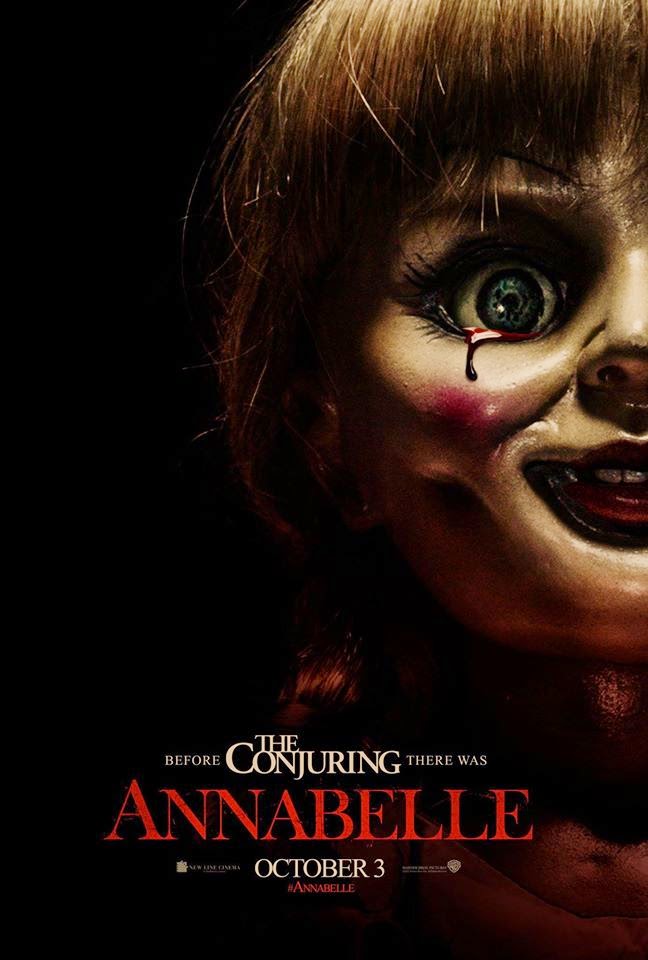 Annabelle is the cinematic equivalent of, “who cares,” which I was tempted to write as the lone words to describe my thoughts on the film.  There is nothing offensively bad about this film, but there is really just nothing here.  With very few original ideas and the amount of story that could be seen as a twenty minute short that serves as an opener to The Conjuring 2: Still Conjuring, Annabelle is unfortunately the kind of film that will serve its true purpose, which is to take in more earnings based solely on the success of the film that inspired it.  The bonus for this film is that it can achieve mild praise from the teens that have never seen the horror movies it is ripping off, aside from Insidious, which is a much better film, as far as taking from the old and making new again, before similarly being saddled with an inferior follow-up.  But yeah, I will see how much more I can write about this ‘who cares’ film. 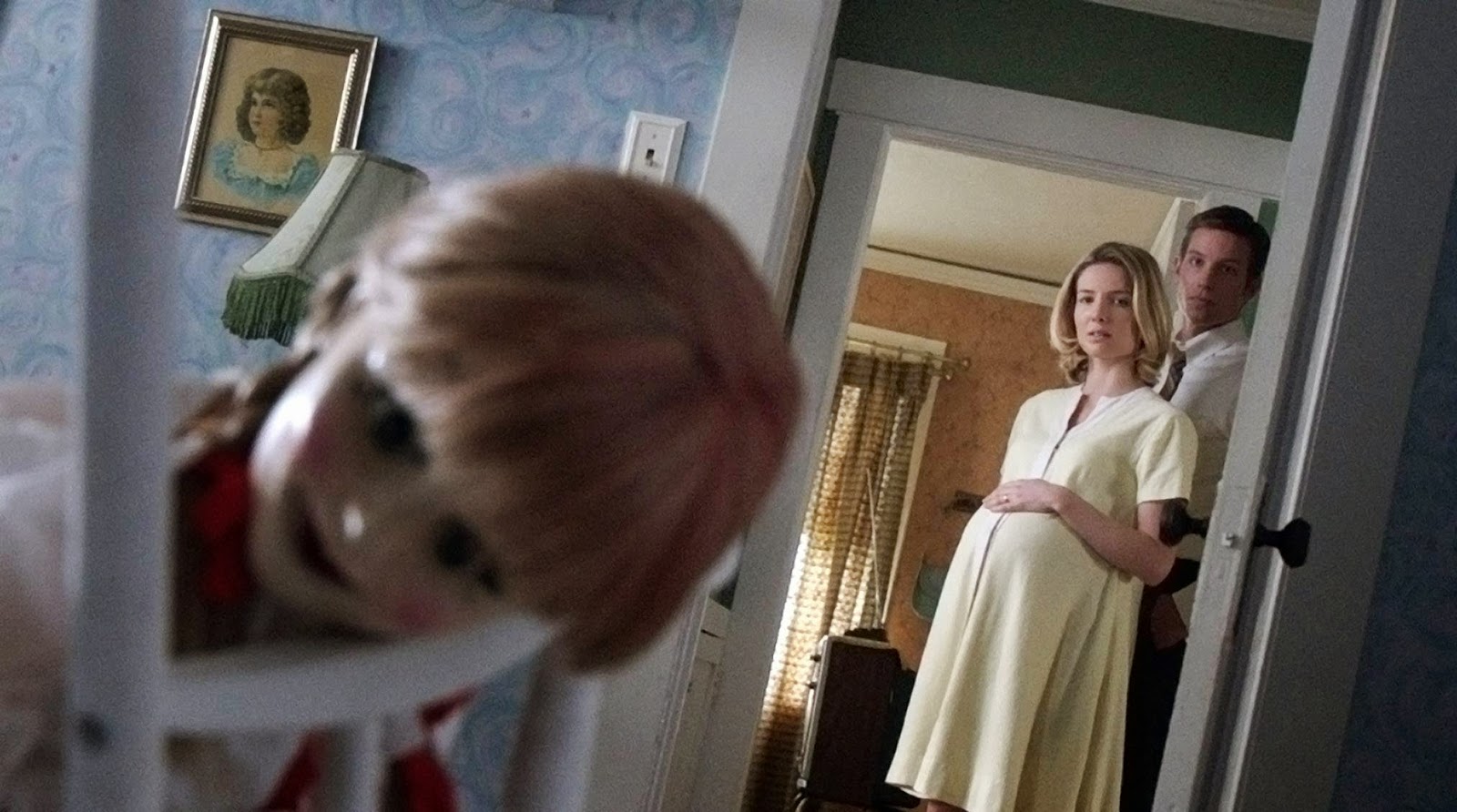 Set in the 60s, Anabelle is as if Don and Betty Draper from Mad Men or the Wheelers from Revolutionary Road replaced their marital issues with a possessed doll that plagues the wife, while the husband is away.  Of course, if the scorn of Betty Draper was forced to face off against a doll that only moves when no one is looking, this could have been a horror film for the ages.  Instead, we have Mia Gordon (Annabelle Wallis) dealing with a vintage doll that has been possessed by a cultist who attacked her and her husband John (Ward Horton) in their Santa Monica home.  Continuing to live in that home would make little sense, so the couple moves to Pasadena, where John can be closer to work, while Mia takes care of her pregnant self.

Let’s get back to that doll.  Obviously I live in a modern world, where horror films have existed for decades.  Movies about evil dolls are not uncommon and it is hard to complain that this film’s doll is so obviously evil and scary-looking, given that the sensibilities of the time would not necessarily have people feeling that same way.  Still, this doll looks ridiculously evil from the start and while it is a stretch to have everyone suddenly start believing in the supernatural in a film like this, the amount of crazy things that take place should lead to a lot more action taking place in an effort to rid the home of this doll.  With that in mind though, it’s a horror movie, so there are other considerations to look at instead. 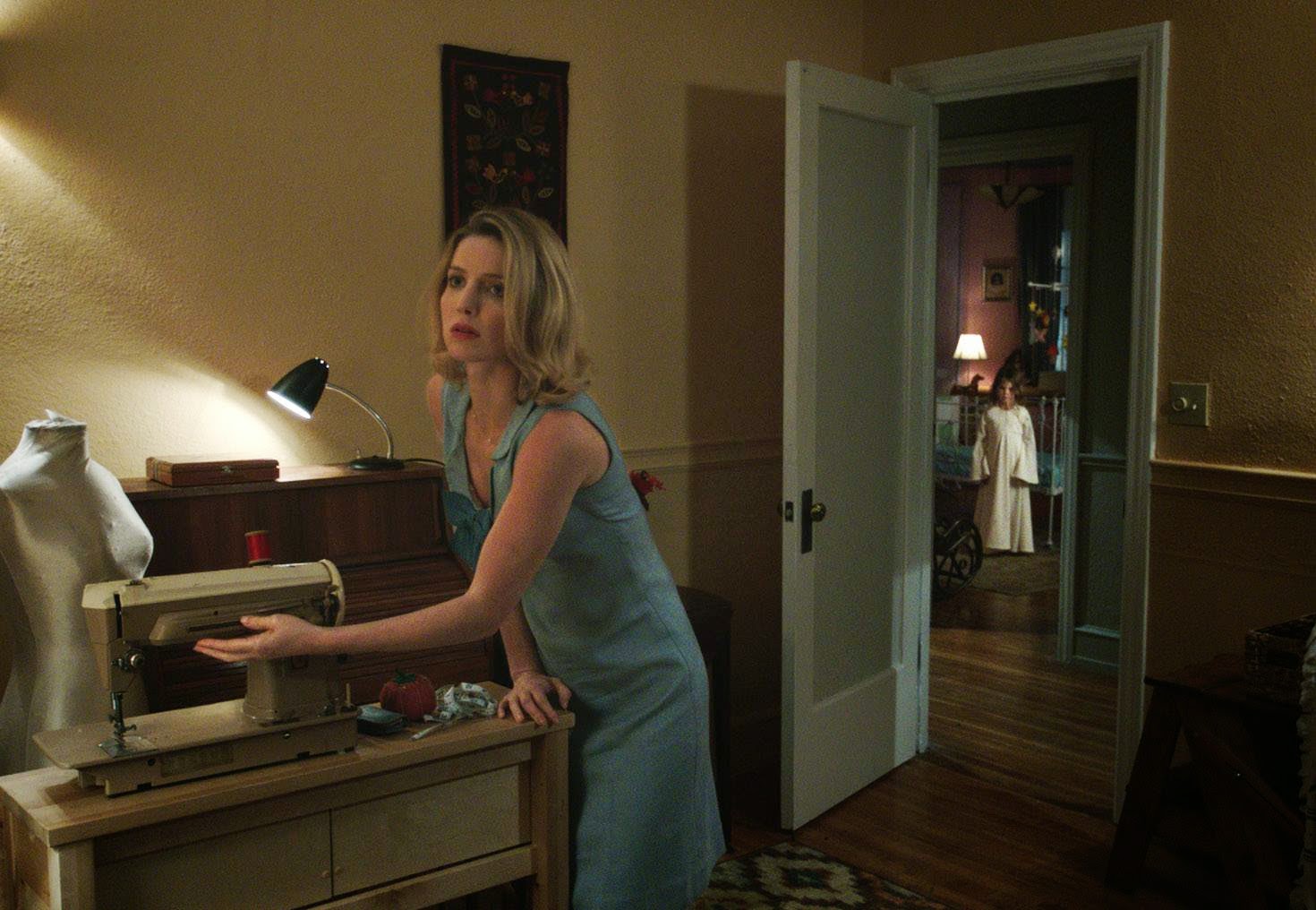 The amount of scares is something to consider, but this is a film plenty guilty of all the cliché ways of getting an audience to jump.  Sharp music cues, things popping out of nowhere, doors slamming; all of these horror tropes are constantly in play, with fleeting moments devoted to building a sense of dread.  The film is best in its first act, when dealing with the violent cult members, which is an infinitely scarier and more interesting subject for a film.  Director John R. Leonetti has served as the cinematographer on a number of horror films in the past, but his directorial effort here is certainly lacking, as far as creating a scare-fest for audiences that would prefer long-lasting tension that carries over into their nights, after the film has ended, rather than the cheap thrills presented here (side note: people should see Cheap Thrills).

What is left to say about Annabelle, aside from the cheap production values, constant call backs to older, better films, and the score by Joseph Bishara, who makes me pine for his next collaboration with director James Wan?  How the actors faired and what they brought to the film.  To her credit, Annabelle Wallis does what she can, despite the film functioning as an excuse to trap a housewife inside, so she can be constantly tormented by nightmarish images and injuries mild enough to keep her husband none the wiser to truly spooky stuff taking place.  Ward Horton certainly works the loving husband-angle well, but is basically a dolt when it comes to considering the truth (honestly, who would think they threw out a doll in the garbage can and believe in the idea of accidentally packing it when they moved away?).  Alfre Woodard steps in to try and muster a sympathetic edge for the film, but Annabelle is really just a cruel movie in terms of how it treats it characters. 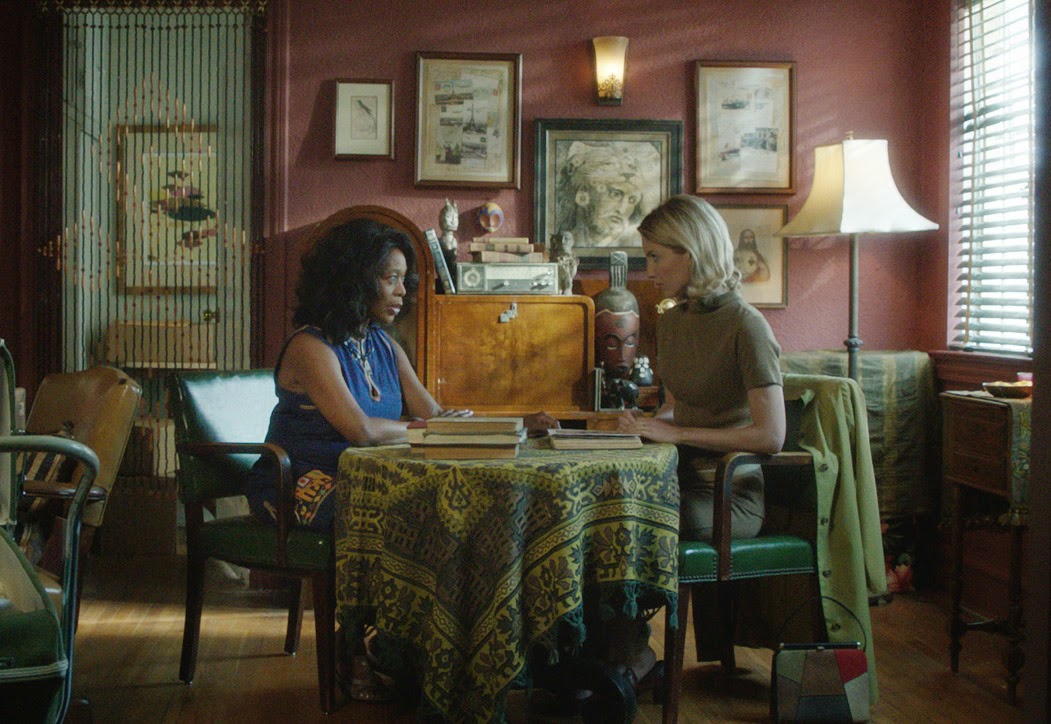 The film has little to offer beyond stripping bare the threat that the doll in The Conjuring presented for the sake providing some thrills for the month of October.  It has not been the greatest year as far as mainstream horror films go (though there are plenty of great thrills to be found in this year’s VOD selection) and it is a shame.  Annabelle offers very little for real horror fans and it is either a blessing or a curse for those who do love it, given how low the bar is set, based on possible reactions to this film.  At least it did not cost a ton, but at the same time, a high gross could lead to the horrors of an Annabelle 2: Belle of the Ball.  Maybe at that point I would just say, “who cares?”

Father Perez:  What is there left to be scared of? 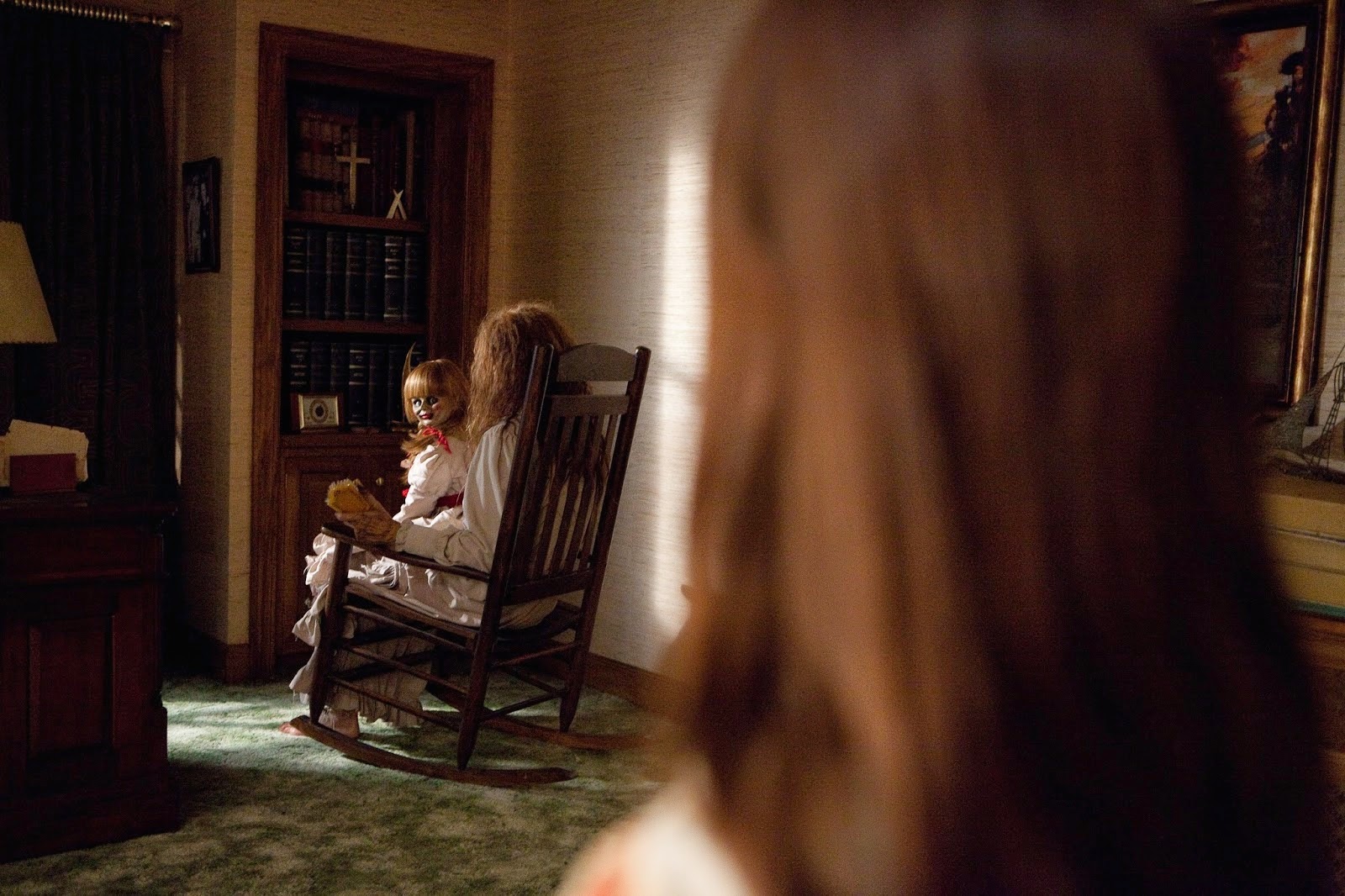