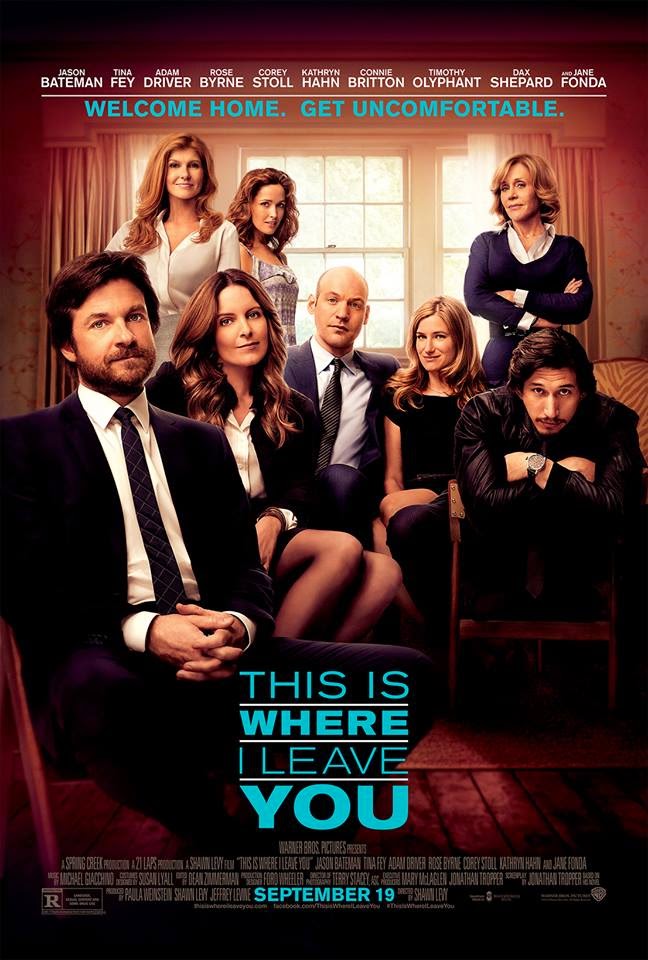 Hilary Altman: For the next seven days you are all grounded.

This is Where I Leave You is the kind of film that walks the line between being aware it is not treading new ground, but still wants to make you happy, based on all the talented actors involved, and treating its subject matter in a more serious manner.  It is a film featuring characters that are mostly not all that inherently interesting, but because they are played by people like Jason Bateman and Tina Fey, the film at least has some reliable performances to stand behind them.  It is nothing new to have a small period of time serve as a way of course correction for the lives of a family in a film, but while this film is fairly enjoyable, it lacks much of anything to really make it stand out.  It is a film that does just enough, but sits a couple spots away from being essential viewing. 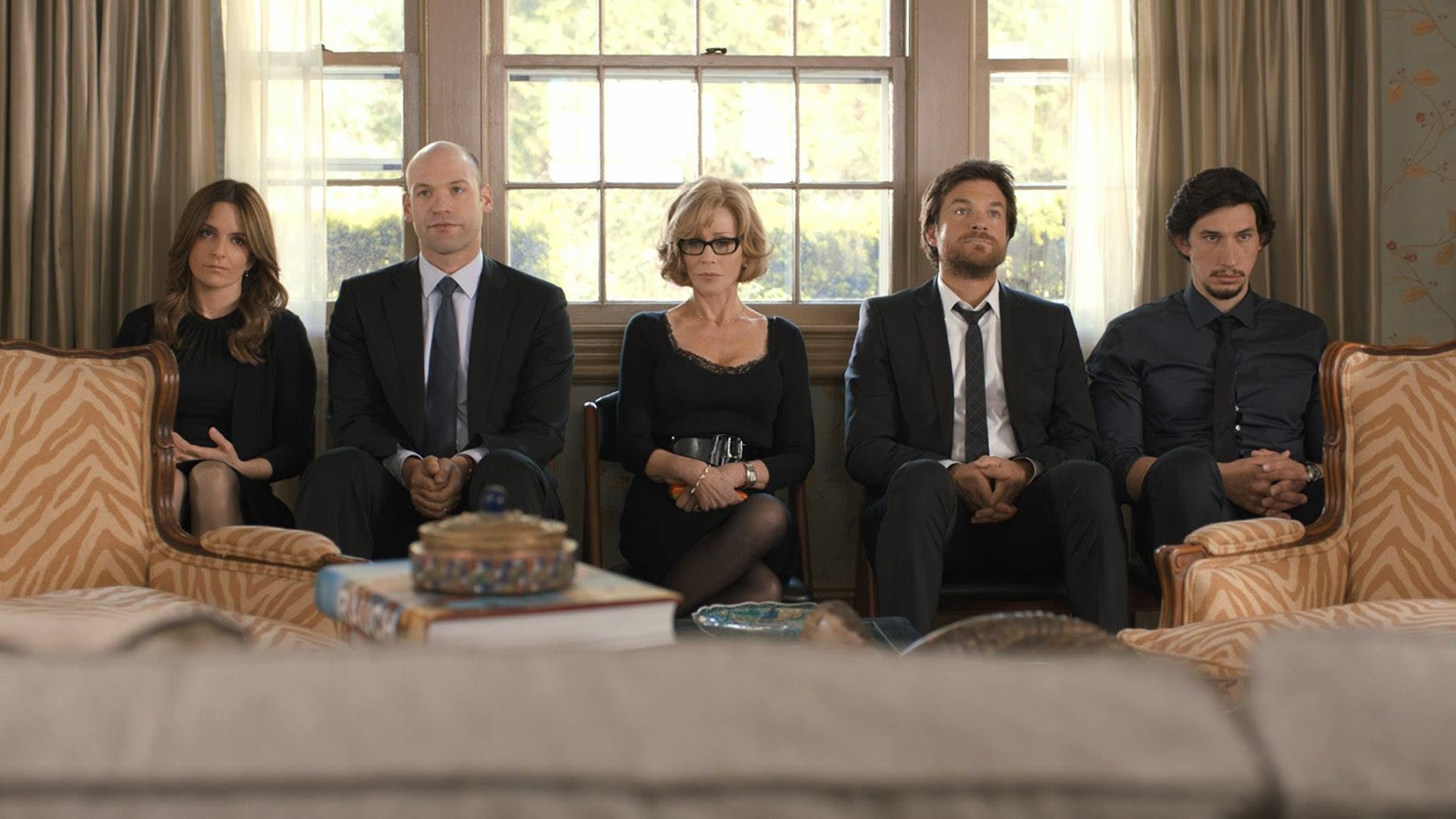 The film features an ensemble cast, but Bateman is ostensibly our lead.  He plays Judd Altman, one of four siblings in the Altman family, who has just discovered his wife (Abigail Spencer) is cheating on him with his boss (Dax Shepard).  Making his week worse, Judd’s father has passed away, which not only requires him to see his whole family, but also to sit Shiva at his childhood home.  The Altman’s are not exactly practicing Jews, but it was apparently their father’s dying wish, so Judd must now live with his sister Wendy (Tina Fey), his two brothers Phillip and Paul (Adam Driver and Corey Stoll), and their mother (Jane Fonda) for a week.

There are other characters too, which is part of what holds This is Where I Leave You back.  While it is great to see such a strong cast assembled for a film, there are too many good actors that don’t have enough to do.  This film attempts to squeeze in moments for each character every so often, which leads to varying amounts of success.  Timothy Olyphant, for example, is probably the most interesting character in this film, as he plays a neighbor across the street, who used to be in a relationship with Wendy, but a brain injury stopped that dead in its tracks.  I could watch a film that surrounds just the characters involved in this story, but we only get the basic beats of it in this ensemble film, which is effective enough, but a shame, given what the actors bring to this sub-story. 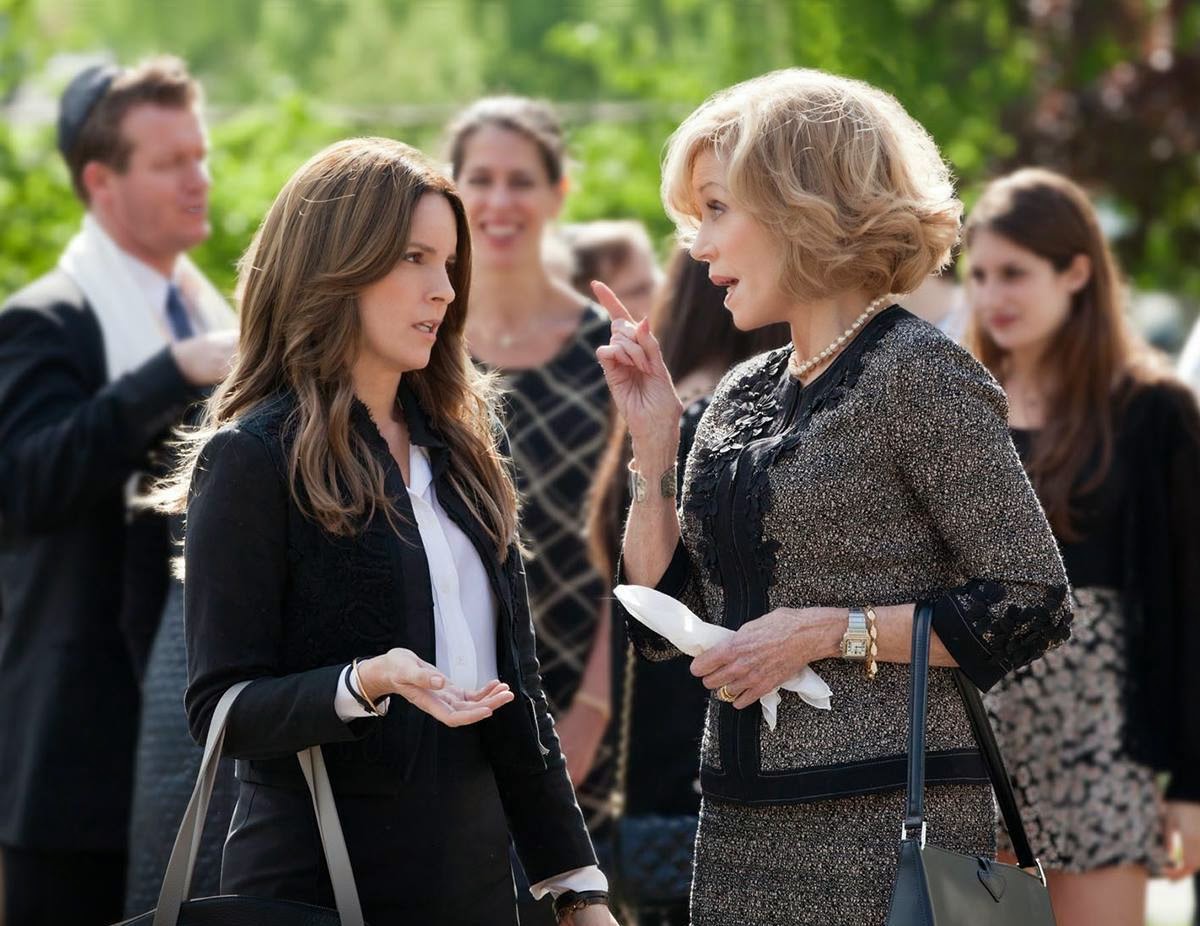 Only spending so much time with the various characters would matter little if the overall arc was quite strong or if the laughs were big and consistent, before nailing us with effective drama, but that is not so much the case.  This film does function as a comedy-drama and actors like Bateman and Fey can easily nail the sort of dry/straight man comedic timing that is required of them, so that is fine.  Also fun is Adam Driver, who is consistently entertaining as the black sheep of the family, who does little to filter himself.  While the film unfortunately has too many of its funniest bits in the marketing, it is when we get to the dramatic beats that the film only goes so far to connect with the audience.  Having a plot about a deceased father and relationship issues can lead to some easy sympathetic moments, but a better director could make a story like this feel less obvious.

For this film, whether it is in the writing (Jonathan Tropper adapted his own book into the screenplay) or the direction by Shawn Levy (taking a break from kid-friendly fare such as Night at the Museum and The Pink Panther), something seemingly simple enough like giving us a good idea of who the father of these siblings was ends up as muddled in an effort to give us various plot beats that allow the actors to put on sad faces, when needed, rather than making their reactions and grief feel more organic.  There are a lot of aspects of this film that end up seeming more like a sitcom, whether it is the random accents adopted by Fey and Rose Byrne’s character or the goofy results of how to deal with the ‘bad guy’ in the film, before making important relationship choices via large public displays.  This may be a mainstream film, as opposed to an art house feature, but it does not mean a film like this needs to stick to formulaic material so clearly and with such indifference to coming off as generic. 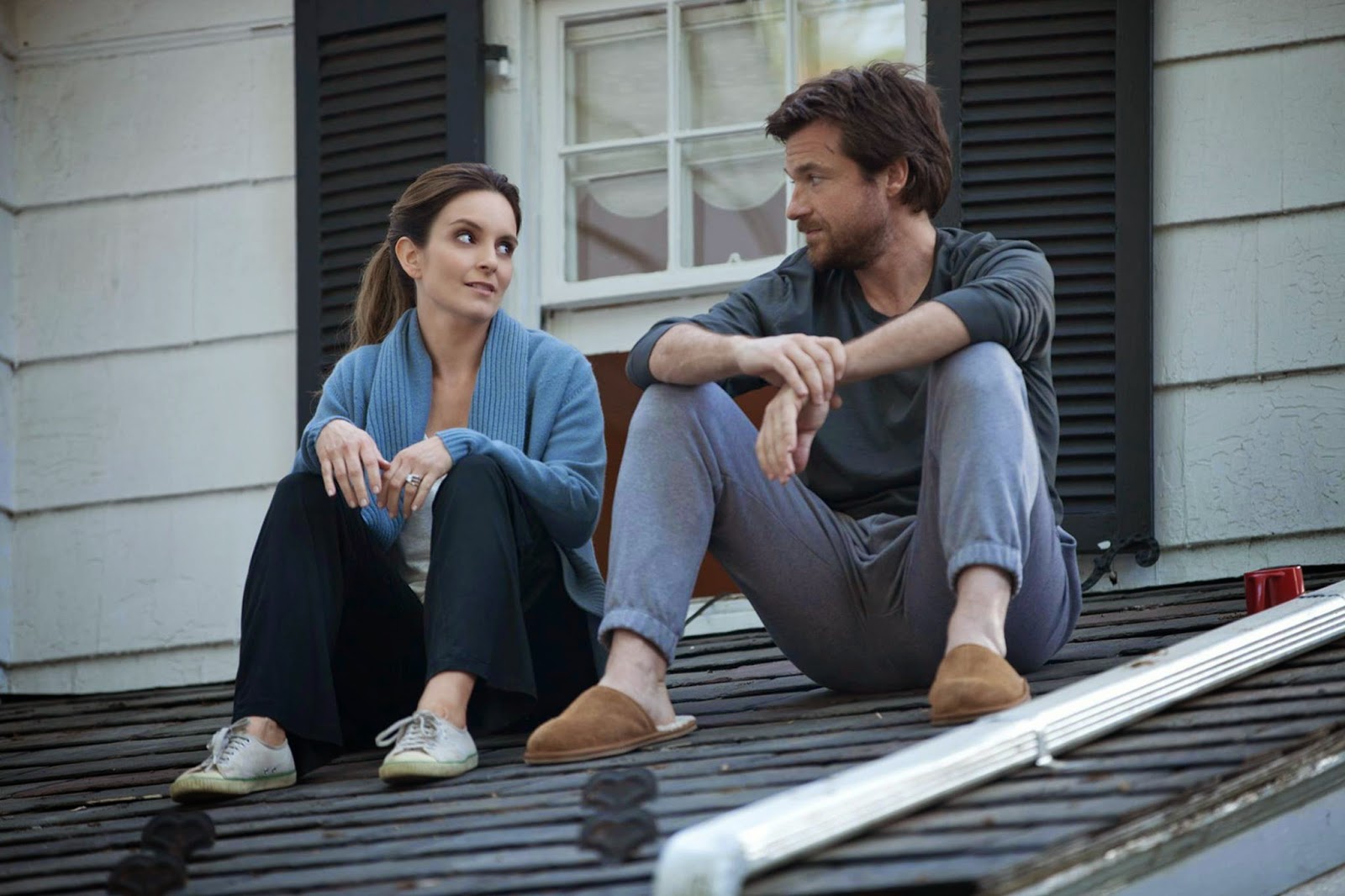 I guess I should go back to praising certain aspects, as the film does have a number of things going for it, beyond the clear issues I have.  As stated, Jason Bateman is great here, as he usually is.  Tina Fey gets to work on her dramatic work a bit more, which is also nice to see.  There are a few good laughs that generally extend from Adam Driver’s presence, but the cast, as a whole, have solid chemistry, making up for the fact that these people do not look related to one another.  I was also happy to see this film play fairly loose with the dialogue.  This is Where I Leave You is rated R for language and while the film is not full of a ton cursing, it feels like these characters are speaking appropriately enough, which ended up landing this film with a certain rating, rather than one that exploited the idea of going for a certain rating.

All this is to say that the film feels like an appropriate one for adults.  This is Where I Leave You is not hard-hitting stuff and it is not a laugh riot either.  The film is a straight-forward family comedy-drama with solid performances that make it suitable to check out, without seeming like a film that insists on being awarded.  I had problems with August Osage County for this reason last year, but at least that film felt like one with a level of edge, making it more substantial viewing overall.  This is Where I Leave You is a family film for grown-ups, but nothing above the average story of a dysfunctional family coming together to finally grow up a bit themselves.

Judd Altman:  Is it the whole world or just this family? 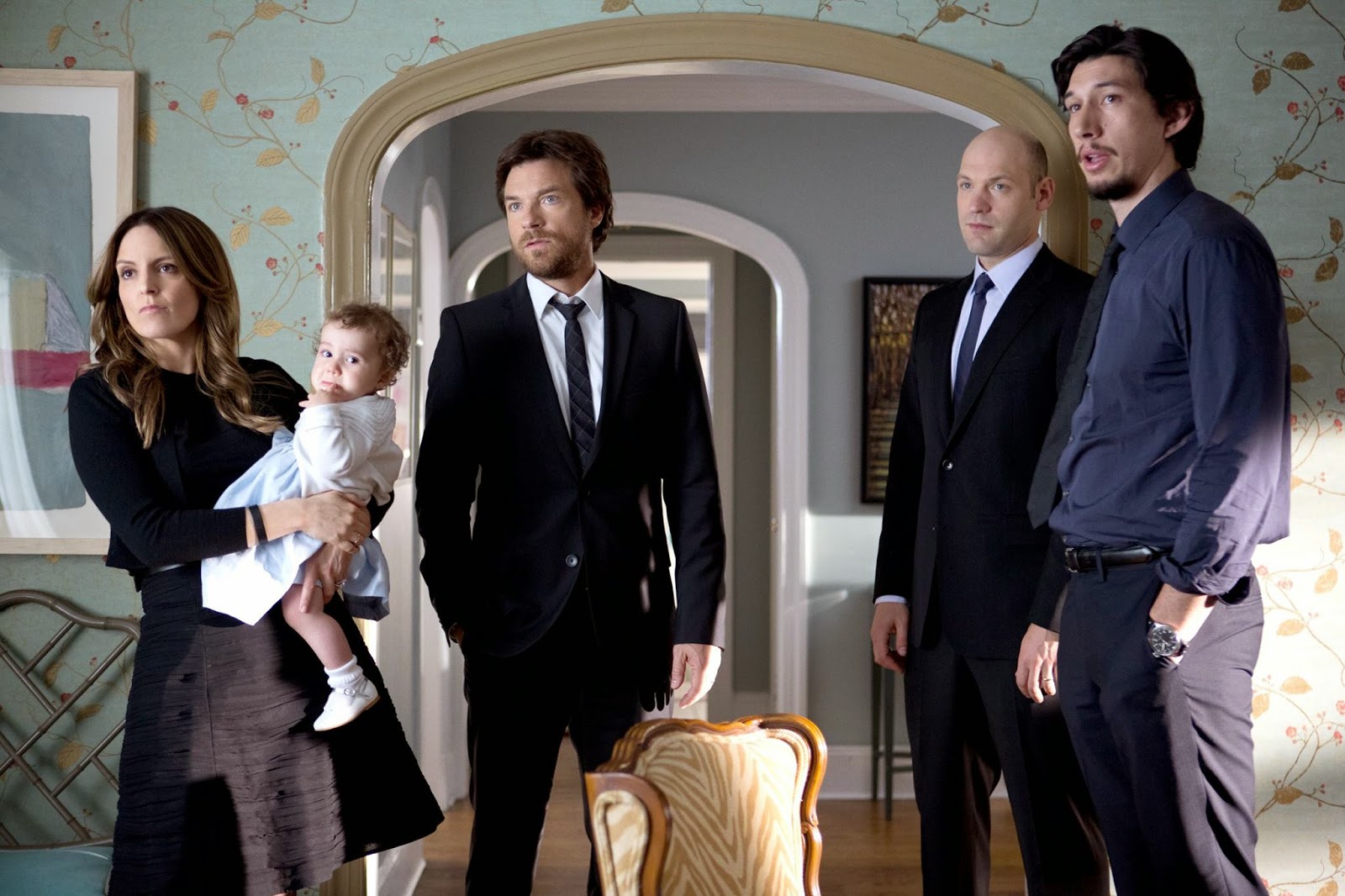