‘The Guest’ Was Polite And Awesome (Movie Review) 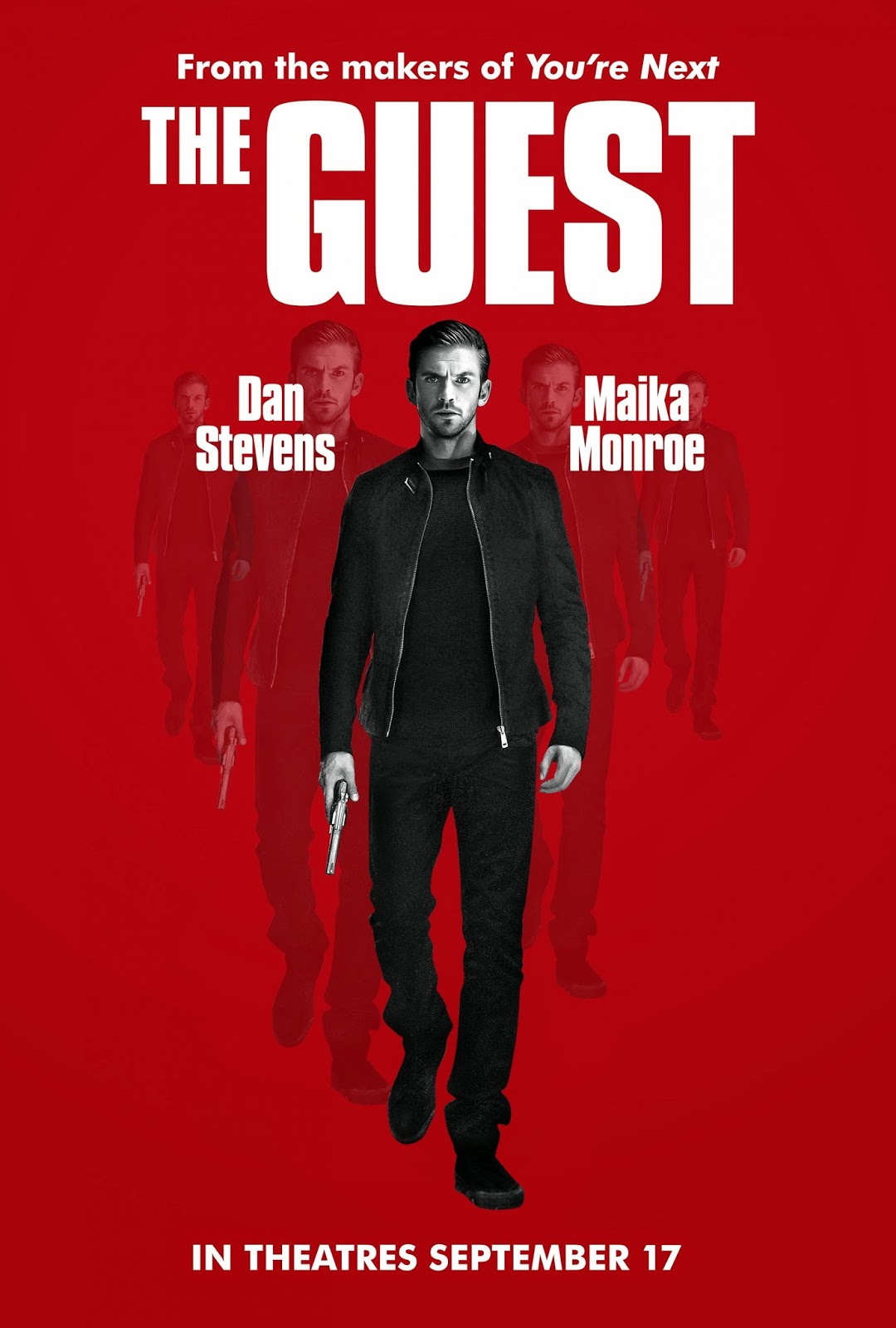 David:  Mrs. Peterson are you sure you’re comfortable with me staying here?

It is great to go retro, when being guided by filmmakers who know what they are doing.  Director Adam Wingard and writer Simon Barrett clearly have plenty of retro inspirations for their films.  Having found success in the realm of genre filmmaking, particularly with their previous collaboration, You’re Next, playing as a slasher film with a twisted comic edge, The Guest is another dip into familiar territory, enhanced by the sense of style and humor that oozes throughout the film.  Making note of which films have been mined for ideas may be going a bit too far, but suffice it to say that The Guest has surprises up its sleeve that come less from the reveals and more from what underlines those reveals, as this film is a lot of fun. 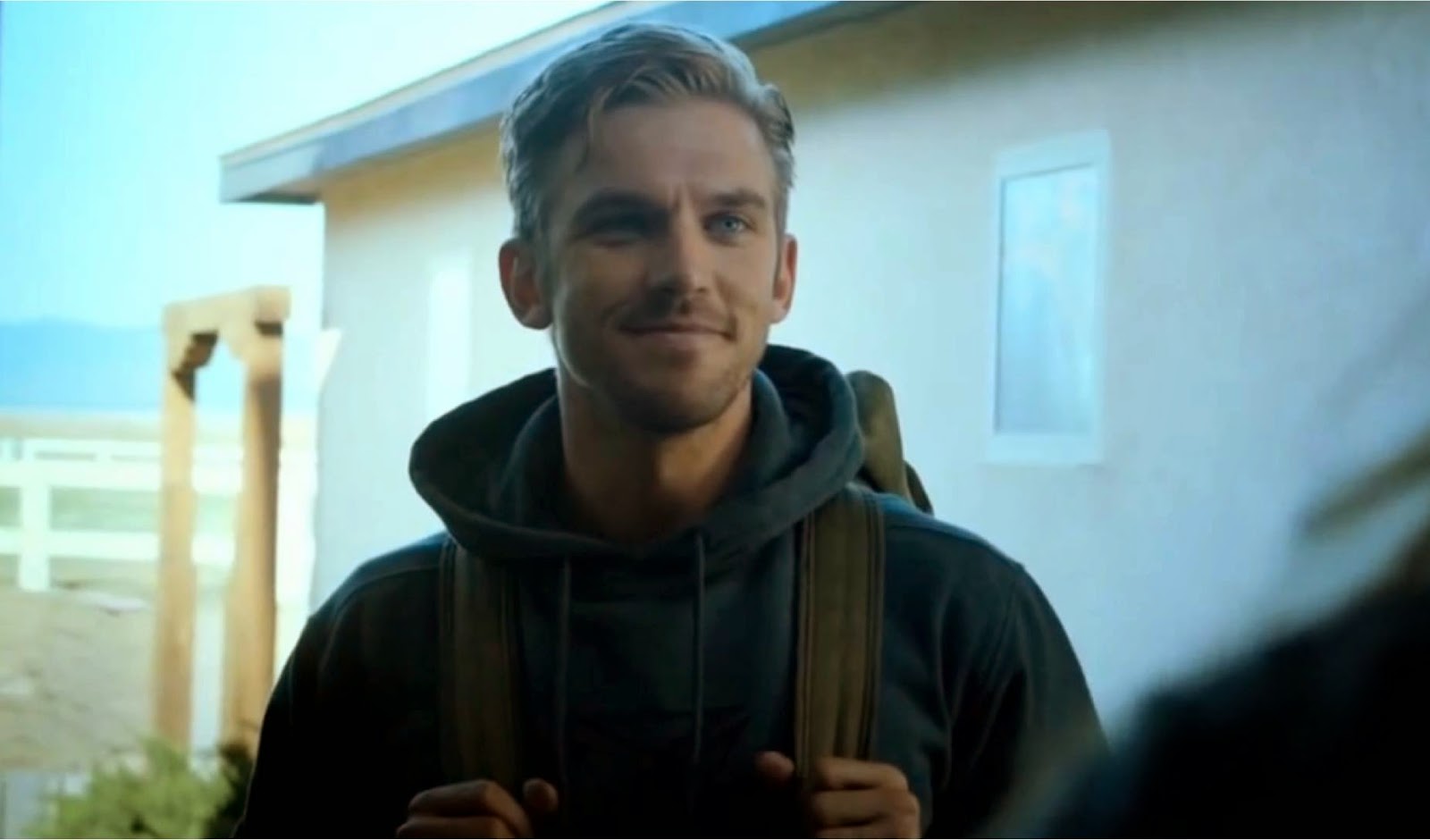 Downton Abbey’s Dan Stevens stars as the titular guest, David.  David arrives on the doorstep of the Peterson family, explaining that he is a former soldier and was friends with Caleb, the son lost to the war in Afghanistan.  Acting nothing but polite and cordial, David is invited into the Peterson’s home.  This family consists of Mr. and Mrs. Peterson (Leland Orser and Sheila Kelley), the younger son Luke (Brendan Meyer), and the daughter Anna (Maika Monroe).  David is happy to stay around, while explaining that he plans to head south and look for work, but mysterious events begin to occur, causing some to question what David may really be all about.

I would say The Guest is a slow burn, but that is most assuredly part of the fun.  The film purposefully takes its time to delve further into madness, while allowing for moments to let loose.  Given how the film is set up, the use of music, the camera angles, and more, the audience is given more than enough to know not to trust David from the get go, but understanding why, let alone if his intentions are to benefit himself or others is a large part of the mystery, which is a lot of fun to see unfold.  It is this sort of understanding that will certainly play well for genre film lovers, especially those with plenty of love for John Carpenter and the sort of B-movie thrillers from the late 70s and 80s. 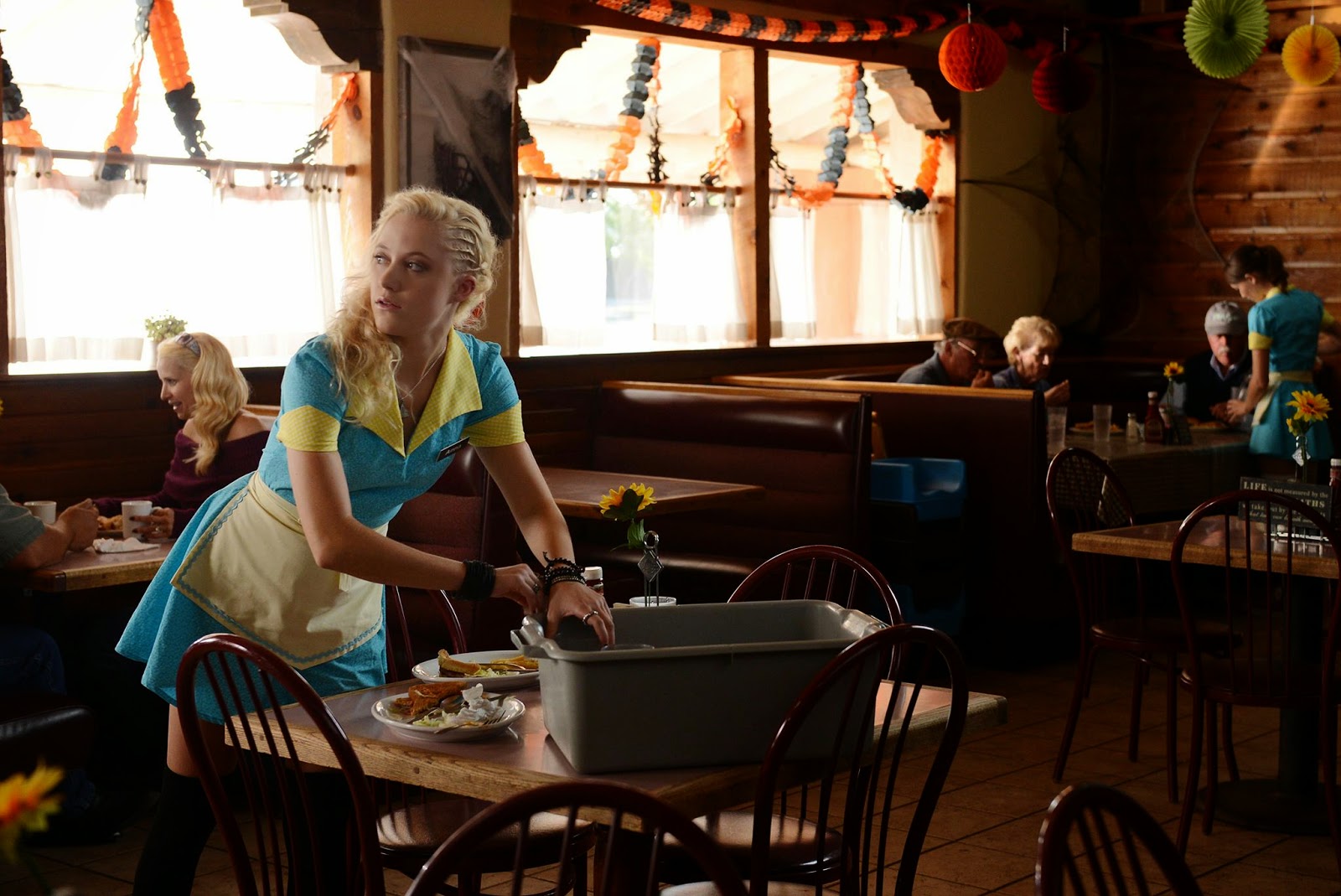 Really, the look of this film should dictate how to take it.  Set in a rural suburban town, the plainness of the characters and the town during the day is thrown up against the pastel colors and elaborate lighting of certain sets/locations and the electronic pop soundtrack, providing exceptional contrast and further hints at the fun to come, as the film builds and builds.  David may dress in plain, civilian clothes, but Anna is given a blue waitress uniform, distinct blonde hair, and long black socks the keep up the visual aesthetic and remind us that this reality is twisted in some form.  And then you have Lance Reddick’s character, who has seemingly been plucked from another film and inserted into this one, before understanding that he is just the sort of character needed to provide a certain level of exposition with steely confidence.

With Reddick in mind, along with Leland Orser, The Guest makes good use of these genre vets, but it truly is Dan Stevens, who delivers so effectively.  Throughout this film this man is glowing, whether it is because of his obvious handsomeness, his genial attitude, or some of the most hilarious facial expressions he is able to come up with, as the film pushes him to further and further lengths, Stevens does a terrific job in this film, and with a southern accent no less.  The native Brit delivers strong work in ways that line him right up with the Kurt Russells and Michael Biehns of the retro film hero world.  Maika Monroe deserves plenty of credit to, as her role as Anna is what is needed in a film like this, which needs to have at least one character who is never quite sure what to make of David. 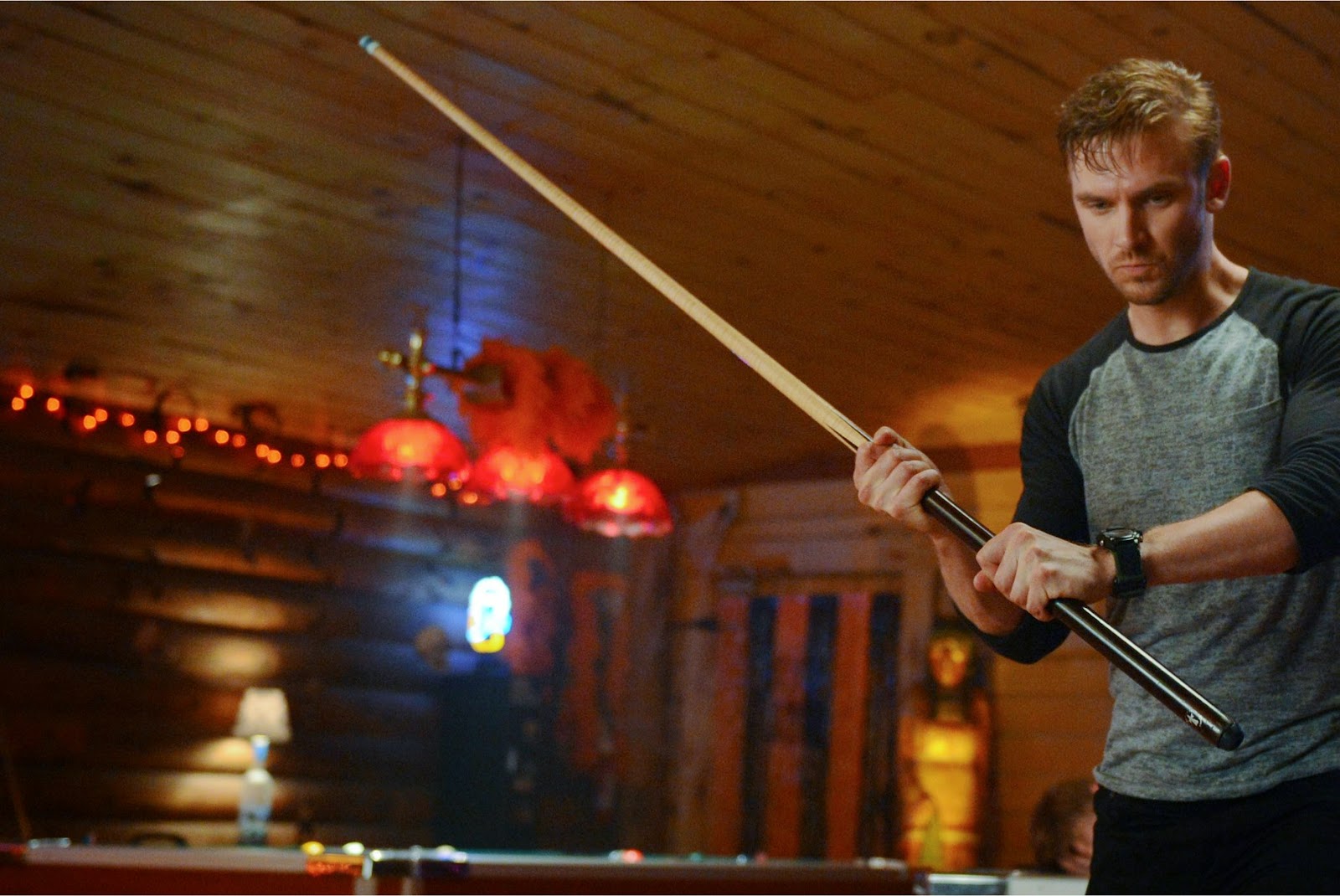 This film is a real genre mash-up, as it plays very well as a thriller, a dark comedy, and more, once certain reveals take place.  There are even some interesting themes at play, which involve David’s role as a former American soldier and how to look at that, once you consider the implications involving who he may really be.  Through all of this though, it is the confidence in the script and in the performances that keep this film from going overboard in a way that betrays its spirit.  Sure, The Guest has everything one would find in a trashy thriller and it could be boiled down to dumb fun, but the film is incredibly smart in its delivery, which is why I am happy to bestow so much praise.

David:  I’m afraid I haven’t been fully honest with you… 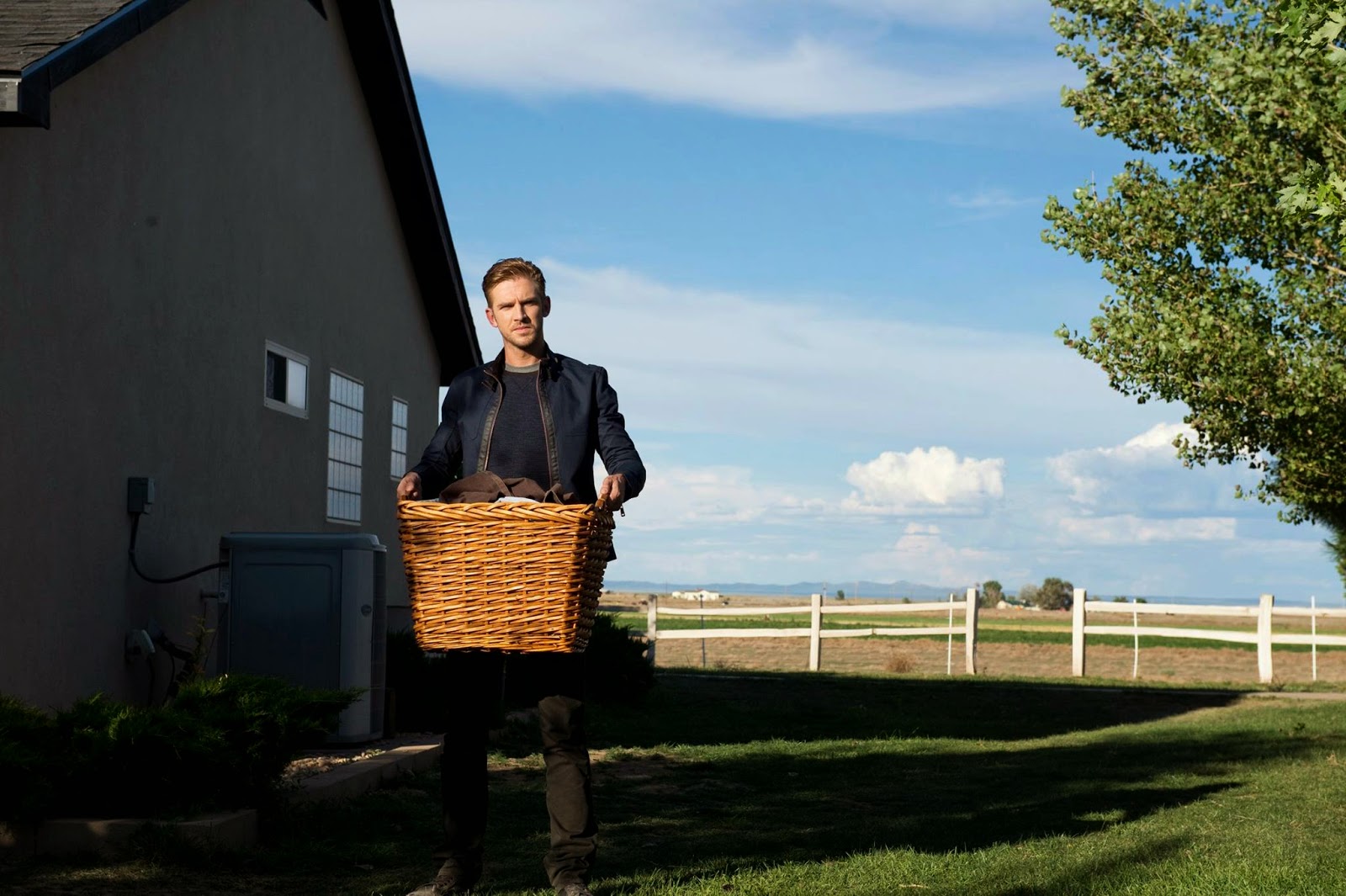 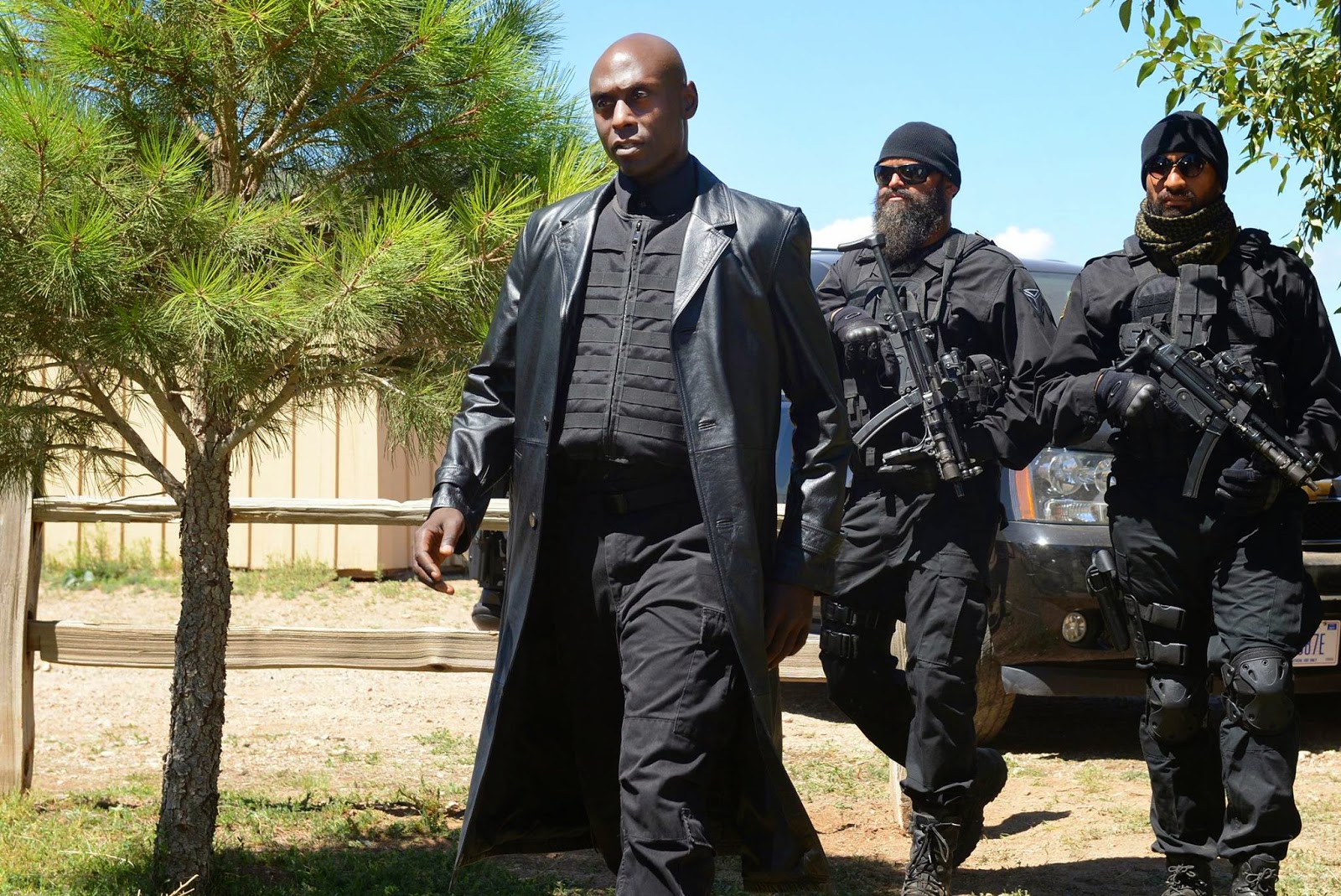 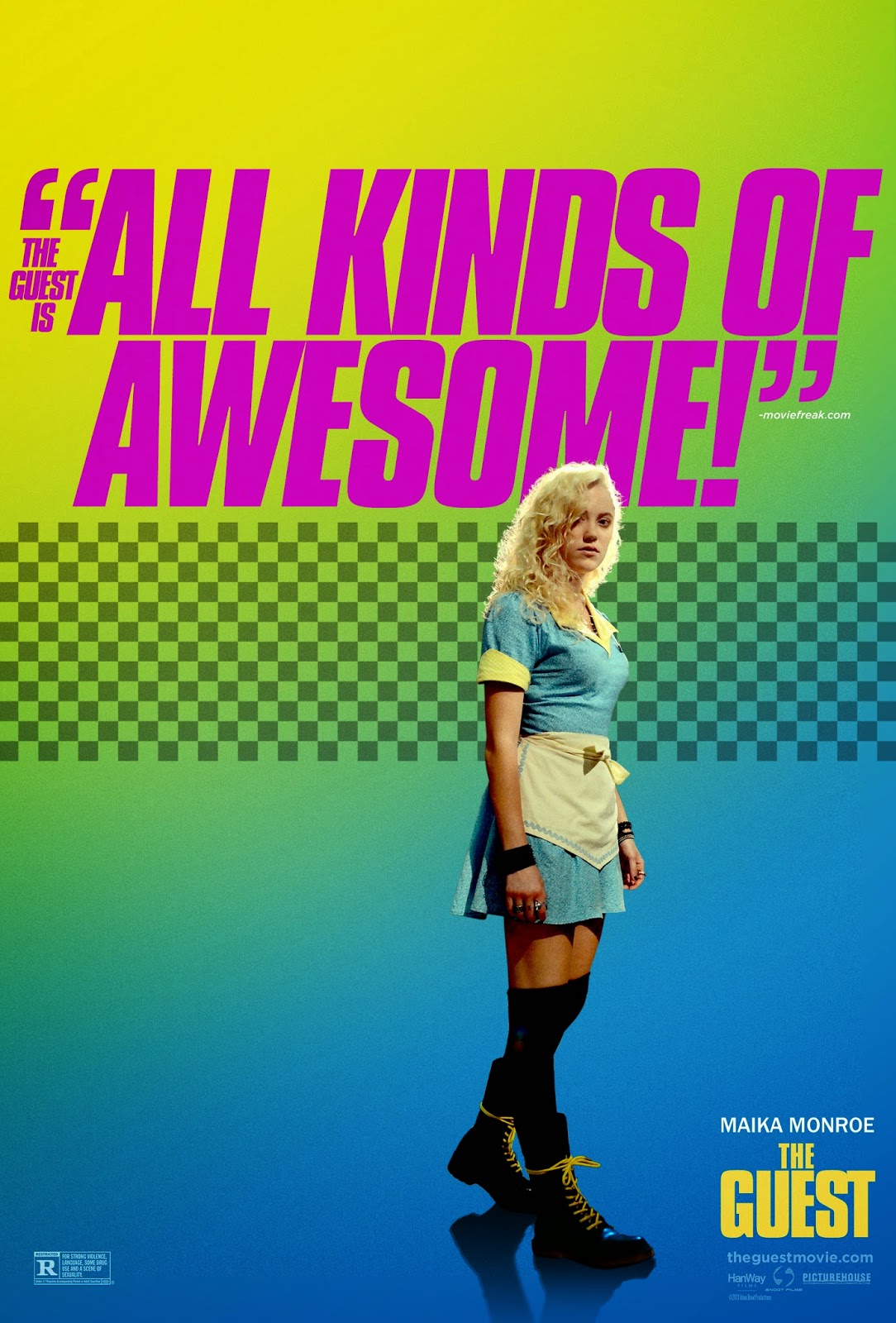 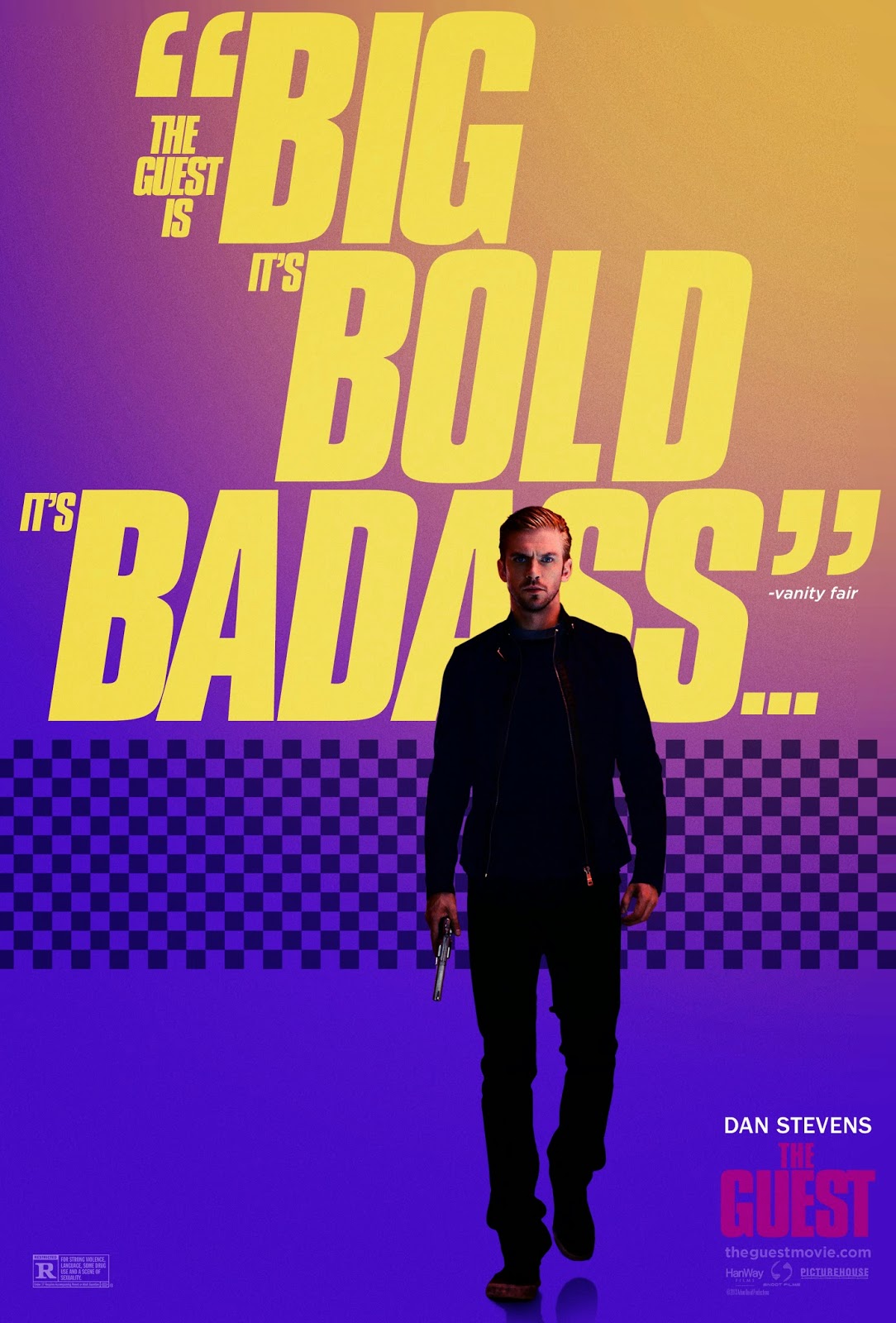