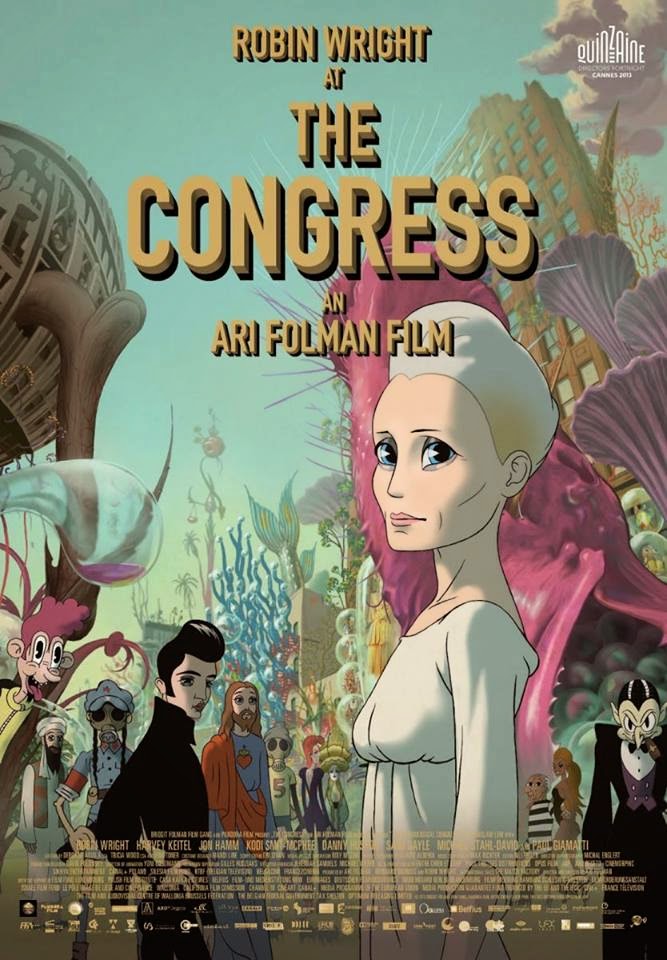 Jeff:  Once we've scanned you, there’s no going back.

I saw writer/director’s Ari Folman’s 2008 film Waltz with Bashir and was very intrigued by where he would go next.  That film revolved around a character searching for his lost memories as an Israeli soldier and was made using unique animation techniques.  Folman’s new film, The Congress, is similarly about finding one’s self in a sense, but it comes at this topic from a different angle.  Based on a science fiction novel by Stanislaw Lem, The Congress follows a character through an allegorical world that depicts the extreme merging of the entertainment industry and technology in ways so complex that people literally become animated characters.  This is a film that has too many ideas to fully make work, but thanks to a strong lead performance by Robin Wright, let alone the nature of the film, there is a lot to appreciate or dissect about what is seen in The Congress; aspects that I am still thinking about. 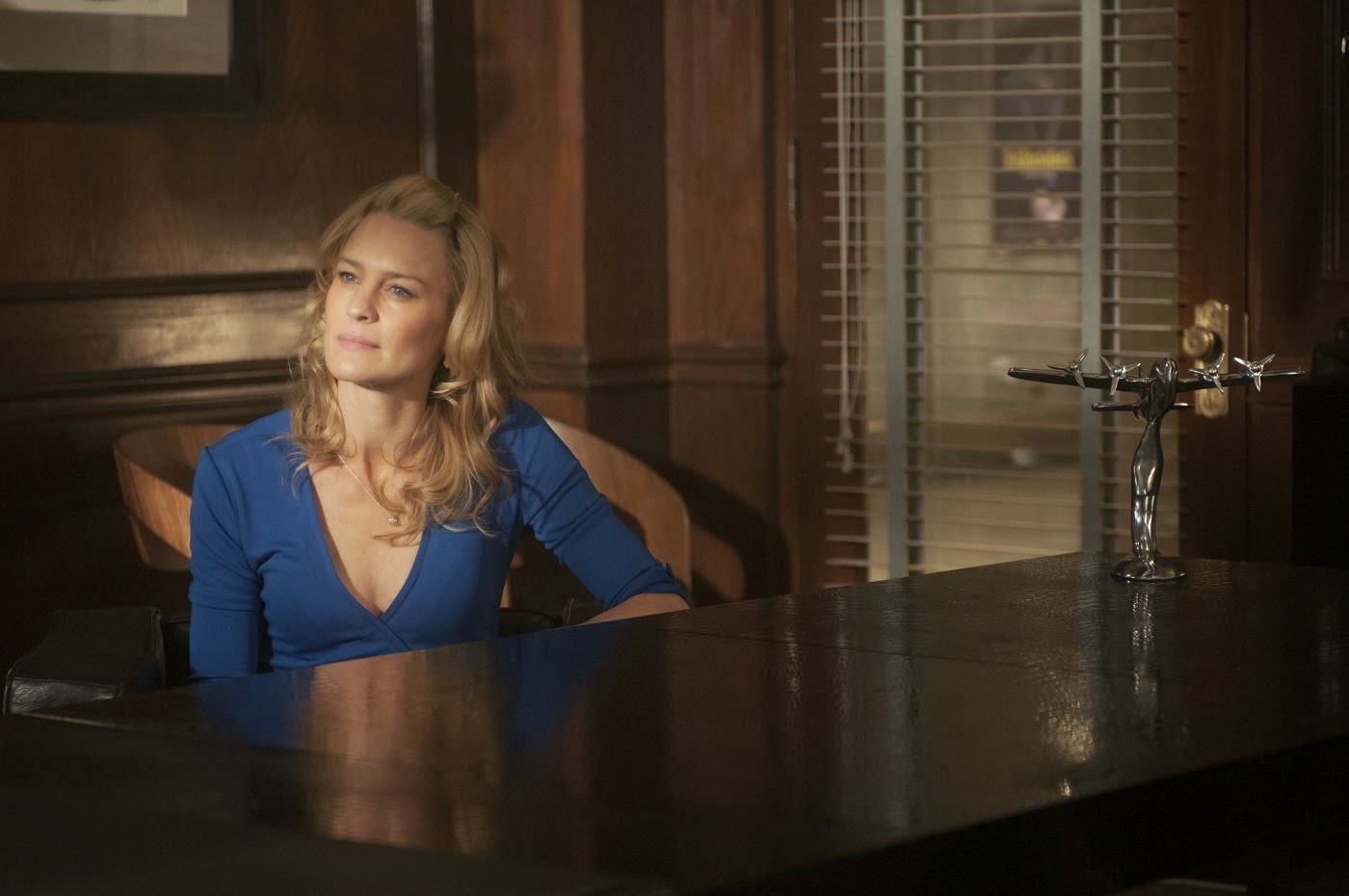 In the film, Robin Wright plays a version of herself, who is currently an actress not in hot demand and given a new option for how to proceed.  The head of Miramount Studios (Danny Huston) explains a new process to Wright, which involves selling the film rights to her digital image.  This would allow films to be made featuring her image in a completely digital capacity, while the real Robin Wright can go on to do whatever, but never act again.

While there is a big shift about a third of the way into this film, this initial idea certainly feels like a concept that is not far from becoming a reality.  The film, as a whole, does not so much skewer film studio culture, as it slices its head off to make for a twisted examination of how we may be looking at the concept of celebrity image in the future.  Danny Huston’s studio head character represents this satirical take in full, as he lays down the details of what will happen, while serving as a commentary of what Hollywood is considered to be like.  This early section of the film is obviously the most grounded and it also happens to feature some tremendous work from the actors involved. 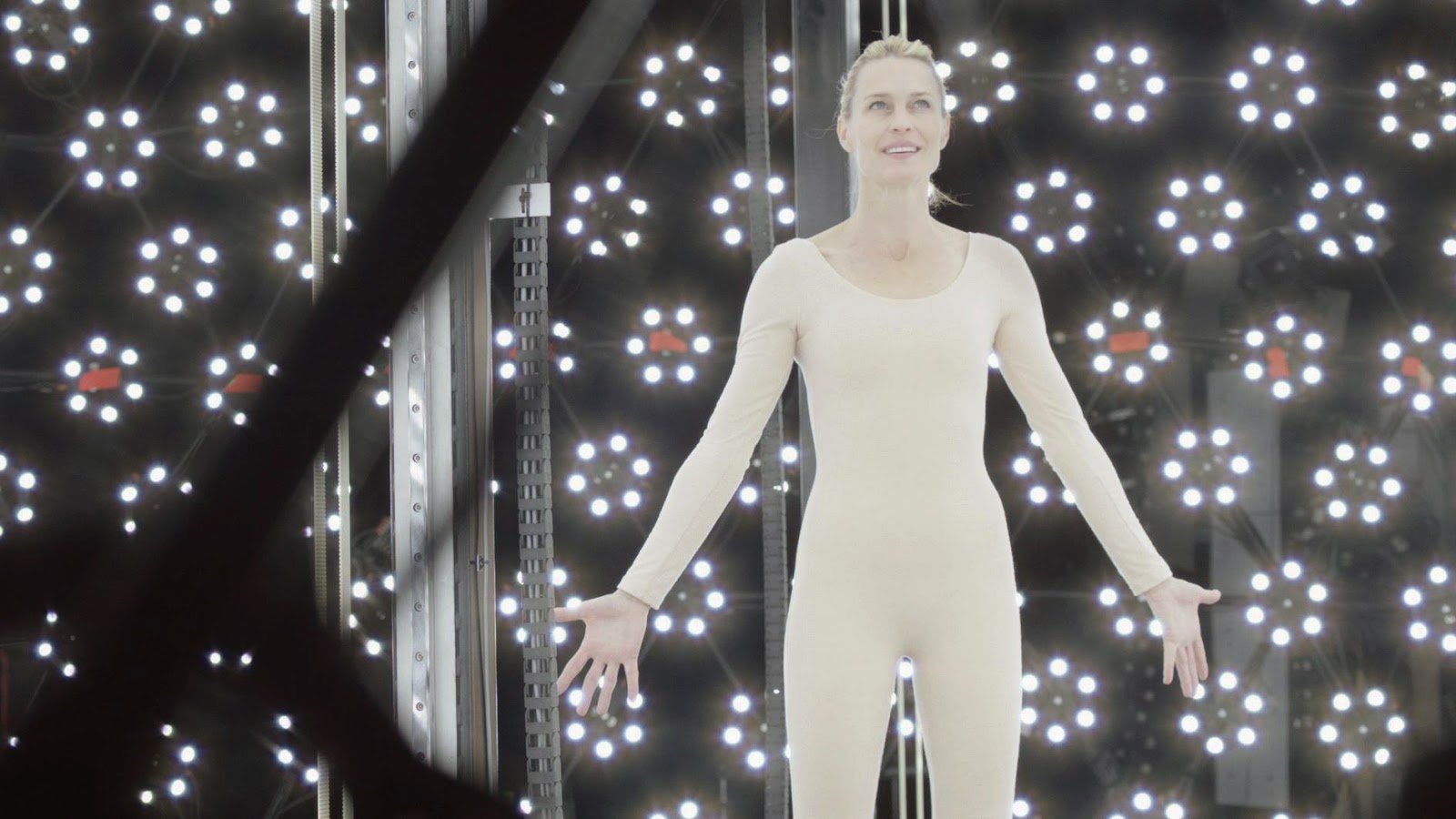 Along with Wright, Harvey Keitel does fantastic work in his brief, but significant role in this film, as Al.  Al is Robin’s manager, who helps convince her to go through with the process and later delivers a fantastic monologue that is essential to helping Robin delve into this digital world.  Paul Giamatti also delivers a nicely handled performance as a doctor that wishes to help Robin deal with her son Aaron (Kodi Smit-McPhee), who is suffering from visual and hearing disabilities.  All of this is just the beginning though, as the film really moves into fantastical territory, following its extended first act.

There is a cut to twenty years in the future, which moves the film into animated territory.  Gone are the actors in the flesh and now they are replaced by animated versions, which is very much something the film acknowledges, as the future involves a process of using chemicals to have people transform themselves into animated avatars.  From here, the film becomes a journey for Robin to move away from her image being turned into a sort of product and the chaos that breaks out from this notion, as she instead wishes to do something much more personal. 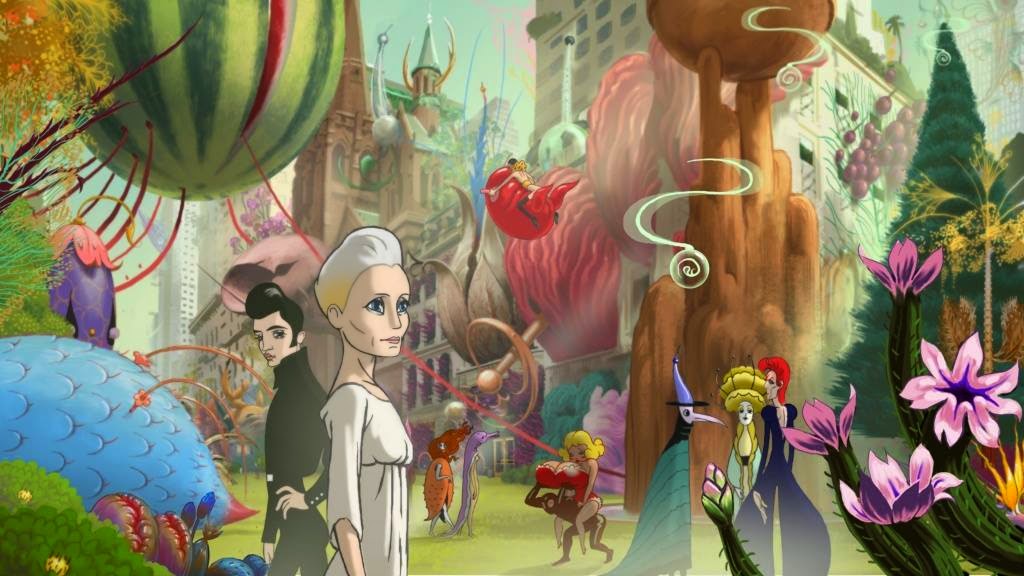 This animated section of the film is clearly where many viewers will no longer find the film as engaging, despite the visual splendor on display.  Once one gets past the novelty of a film that has moved into a completely different filmmaking style, it is the strangeness of the format, mixed with the trippy, sometimes fascinating/sometimes frustrating nature of the story at this point, which can make The Congress a bit of a mixed bag, depending on how one looks at it.  From my point of view, I found the film continually fascinating, despite feeling like the idea was not as successful as it could have been.  With that said, I had a strong enough reaction to the film that I chose to watch it twice within a short span of time, as I felt there was a lot to take in and a lot to appreciate about what I was seeing.

Using animation to convey a strange new world of the future that depicts a plausible perception of the future of media, Folman and his team of animators have created a rich and colorful world that is full of intense imagery, far from anything you would find in traditional animated fare.  With that in mind, using this visual format somewhat distracts from the myriad of different themes and ideas the film wants to get across, before eventually settling on one particular plotline that the film apparently wanted to get to all along. 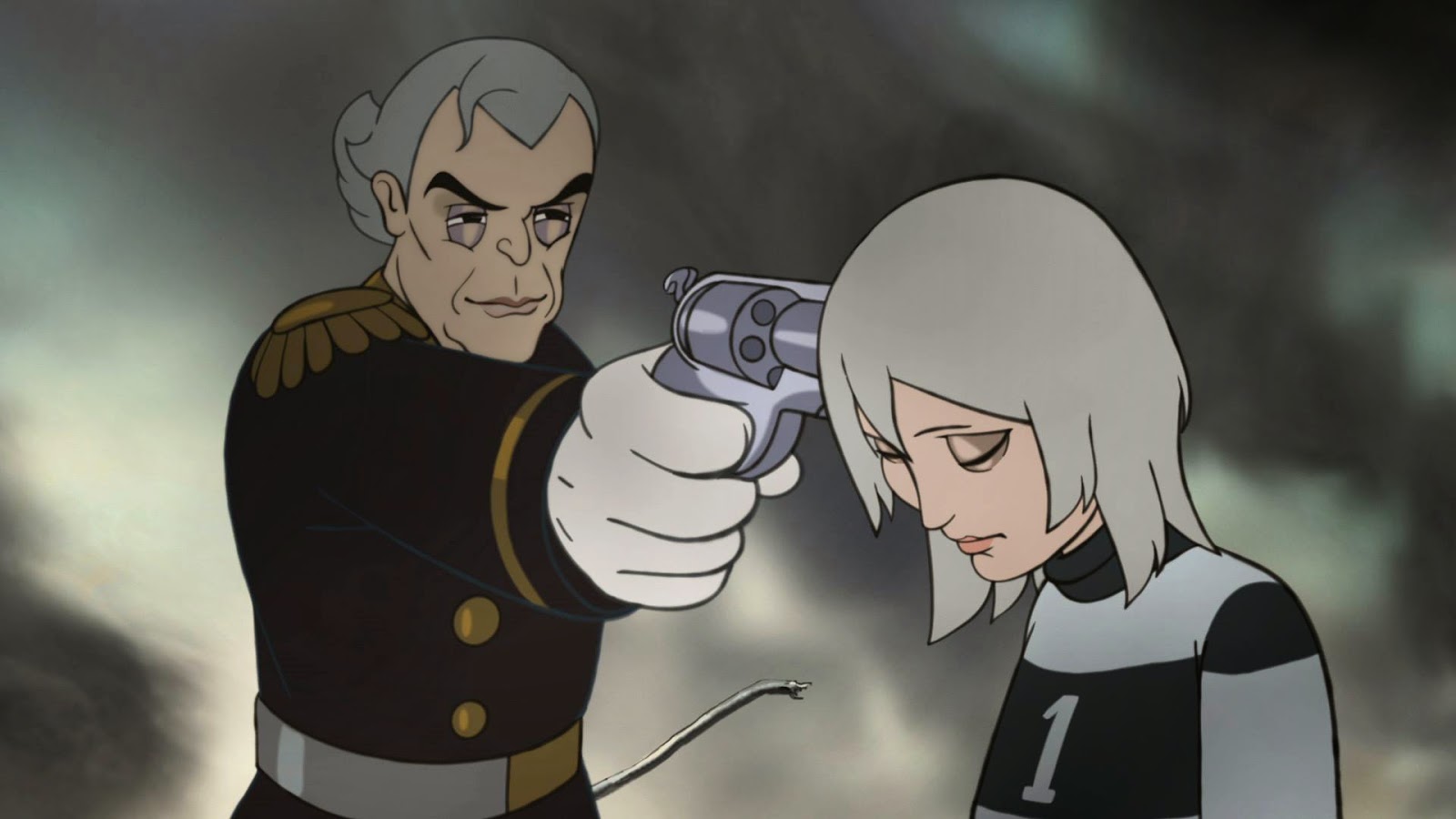 As I said, this turn in the film makes it a more difficult one to digest, but The Congress has stuck with me and I don’t think I am going to forget it anytime soon, much like Waltz with Bashir.  It is something about using animation to tell a mature and strange story that tends to affect me in ways I may not have considered.  Much like how films from Studio Ghibli tend to provoke an emotional reaction, let alone Richard Linklater’s foray into similar territory with A Scanner Darkly, The Congress finds a strange balance of being almost too weird, based on its content, and almost too radical, based on its filmmaking design, despite being a film that overall go to me in the right kind of way.

I guess I could describe The Congress as ‘flawed’ in a sense, but that really does not seem like too much of a bad thing, as I really responded to what was going on in this film .  On a visceral level, I think Robin Wright delivers a strong performance and Harvey Keitel may be responsible for having one of my favorite scenes of 2014.  There is also the impact of certain visual imagery taking place in this film, which is most definitely aided by Max Richter’s score.  Then I have to consider how ambitious and unique a project like this feels.  There is far too much here for me to write off and if anything, I find myself appreciating more and more about The Congress as time passes by.  Regardless of what will become of a film like this, as of now, I was quite taken by this film and feel happy to still be considering what Folman has going on in his strange, animated mind.

Robin:  What’s on the other side?
Dylan:  Truth. 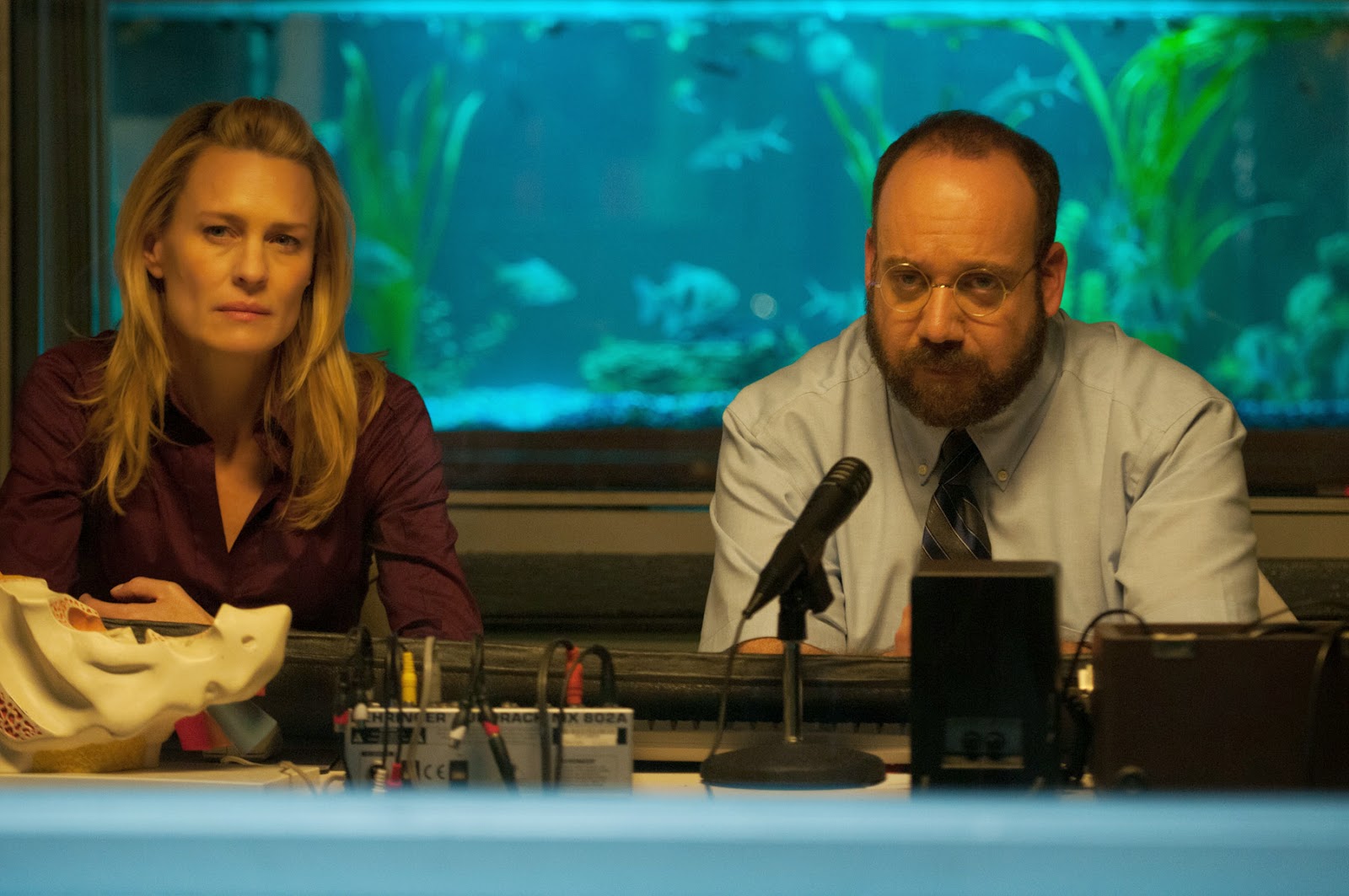 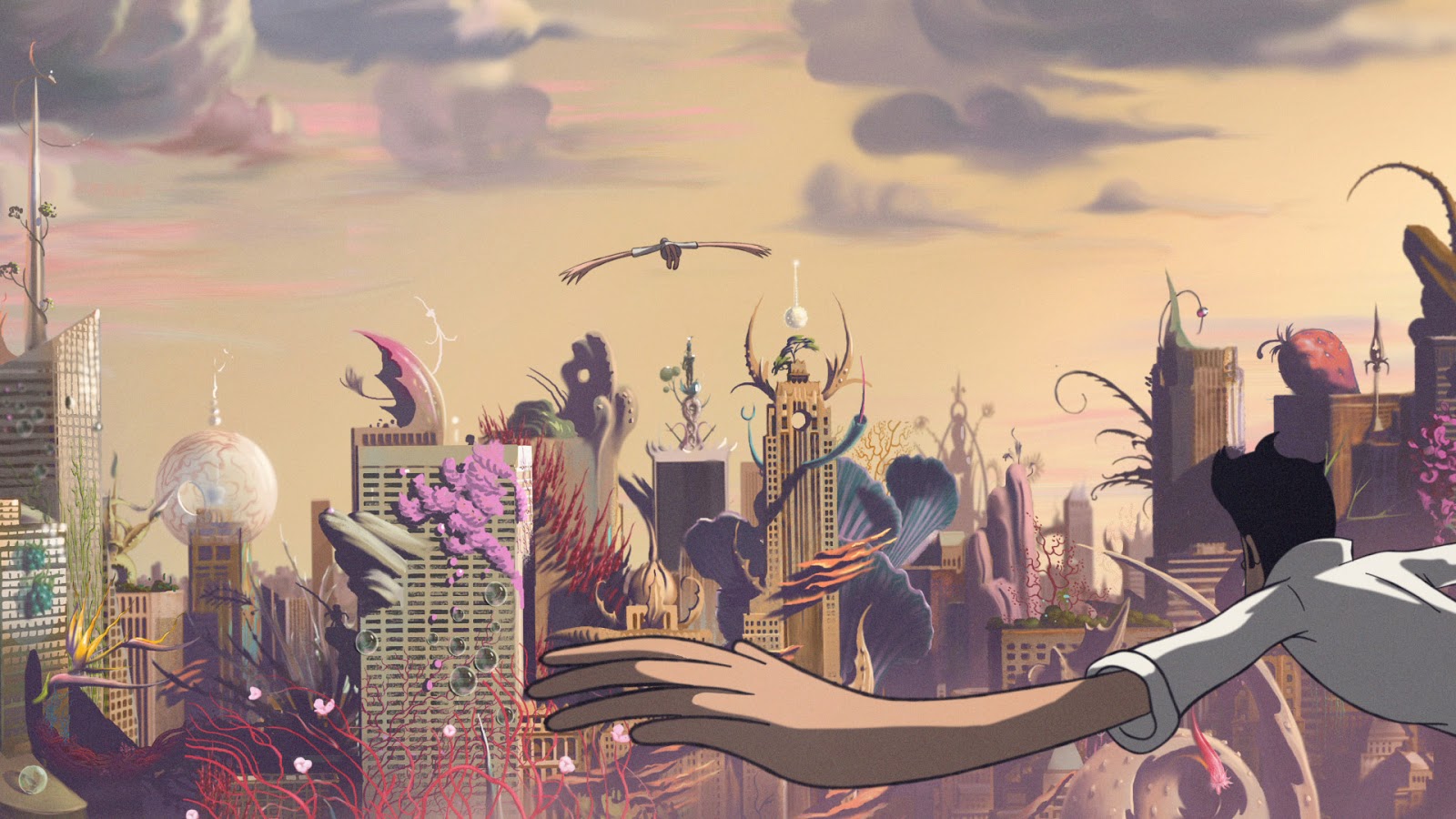 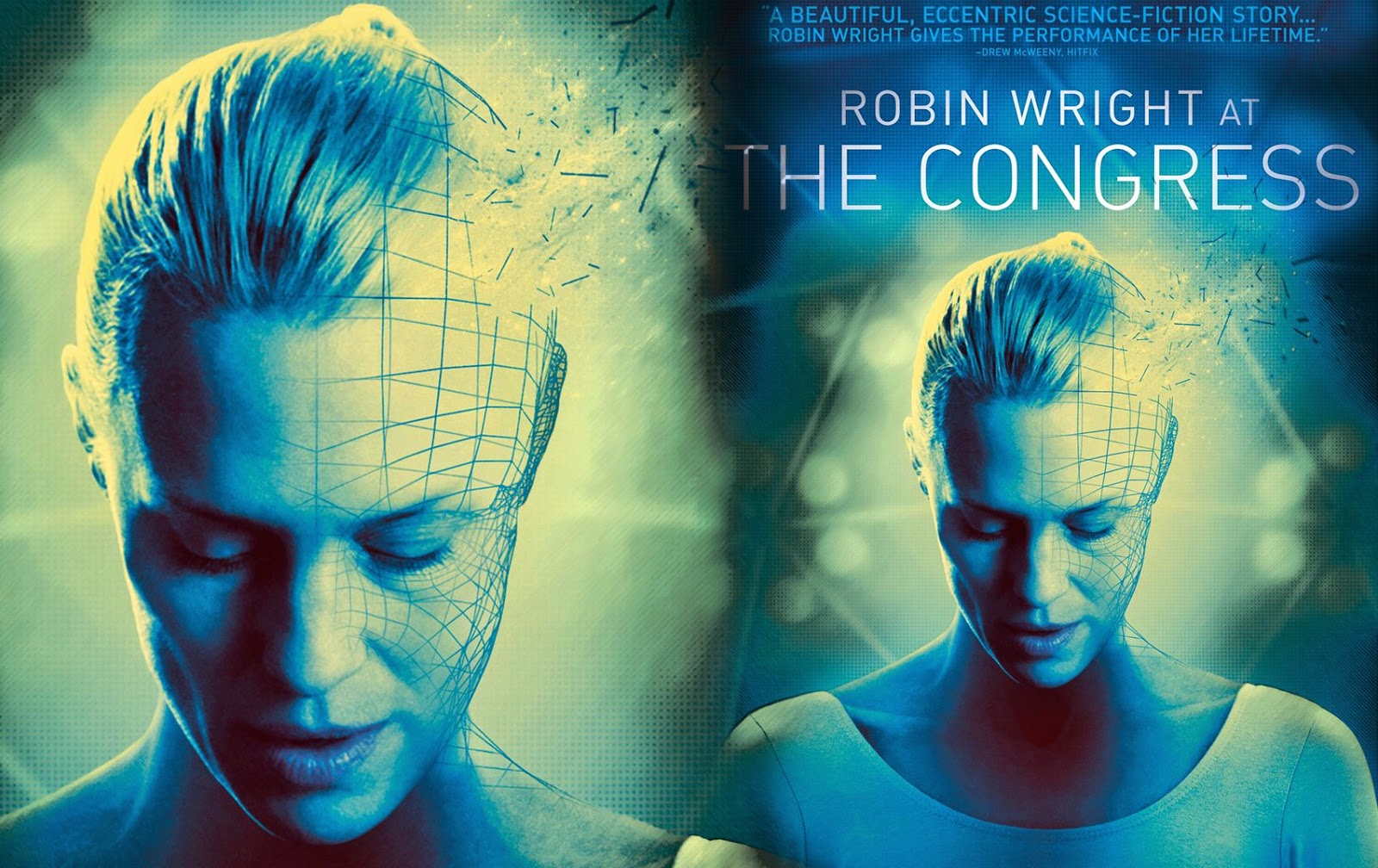