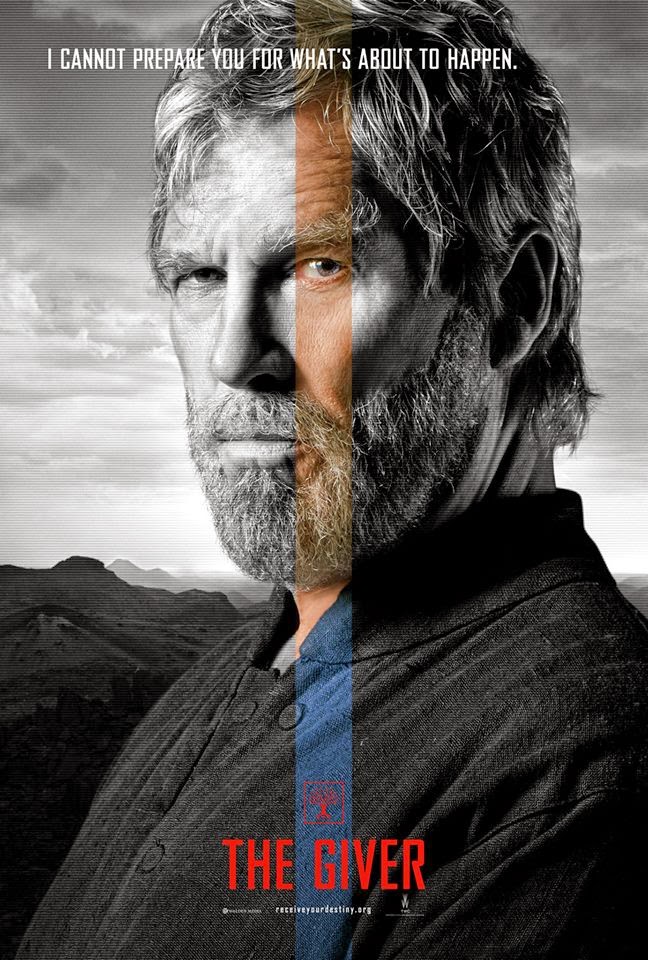 The Giver:  Simply stated, although it's not really simple at all, my job is to transmit to you all the memories I have within me.  Memories of the past.

The Giver is the story of a young hero living in a futuristic society where a governing system has seemingly made everything perfect and free of chaos, with ruminating thoughts on possible corruption lurking just beneath the surface.  This seems like an interesting idea, were one not to realize how often it seems to come about.  These past few years have already given us films like Divergent and The Hunger Games, and while The Giver is also a popular book now adapted into a feature film, it seems to have come at a time where we did not really need it.  It is not because the book did not deserve the film treatment, but more due to how relatively slight it feels by comparison.  Like it or not, a film like The Hunger Games succeeds for numerous reasons, such as its scope, the actors involved, and cultural relevance at the time.  While The Giver has aspects that keep it from being a poor film, it unfortunately feels like it missed its opportunity to be a bigger deal. 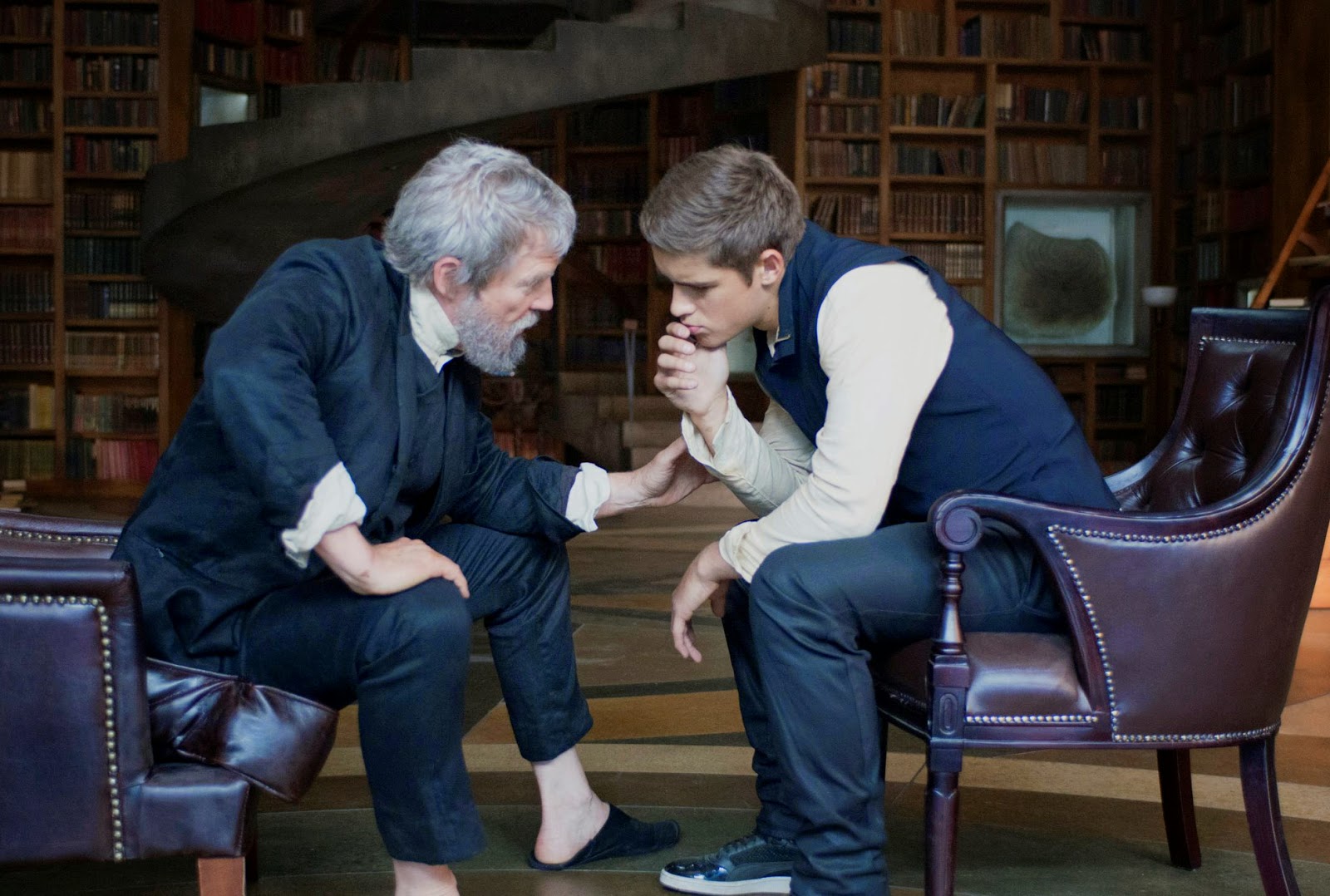 It is fortunate that a lot of the right elements were brought together to make a film like this interesting to watch.  Given the relative inexpensive nature of this film versus others that have money thrown at them, I did enjoy the approach that director Phillip Noyce went to in developing the world that these characters live in.  Having Jeff Bridges and Meryl Streep in key roles certainly does not harm the film either, as they put the effort into it.  Bridges, in particular, has been championing the making of this film for years and it does not go unnoticed that he seems to be completely on board with inhabiting his character of The Giver.

With this in mind, the story centers on Jonas (Brenton Thwaites), a young man that has been selected to be the Receiver of Memory.  Jonas lives in a futuristic world where there is no more conflict, racism, or sickness.  It is a limited community, based on what we see, but the idea is that the people of this world have moved away from the horrible aspects of the past and are now living in a realm of ‘sameness’.  For Jonas, being selected means teaming up with Bridges’ Giver character to have the memories of the past transferred to him.  Of course, in gaining these memories, Jonas begins to experience new discoveries as well as have reason to doubt the ways of his current society. 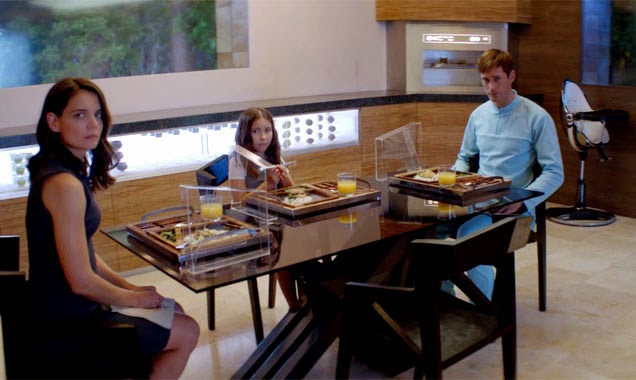 I like Thwaites in this role (and would recommend seeing his work in The Signal).  There is an argument that his character may come off as generic, but I feel the balance between creating a hero character like this that was also once a human robot, living by the established rules of his society can be tricky to pull off, but he accomplishes this well.  He has plenty to do in this film, as it is told from his perspective and he has lots of ground to literally cover by the time the film ends.  The cast in general, beyond the three actors I have mentioned do what they need to.  Most effective is Alexander Skarsgard as Jonas’ father, with a key scene that shows just how effective an actor can be portraying a character completely following the rules of this society.  For a film that features characters that are relatively emotionless, Skarsgard was involved in some key weighty moments.

Similar to many of these films that rely on building a future world based around specific rules (cult favorite Equilibrium immediately comes to mind), there are obvious logic issues to consider and while The Giver can be scrutinized for how this world functions on a realistic level, I thought enough was done to keep my mind off of these things, while watching the film.  After the fact is a different story, but then it comes down to what I took away from the film as a whole.  Would I rather think about the lack of explanation for how The Giver’s powers to transfer memories work, or do I want to focus on the implications seen in a story like this?  I could also focus on the set design and use of color, which I found to be fairly well-handled.  For a lower budget film like this, there was a solid effort made to do what was necessary to make the world seem functional, which I appreciated, while also doing a decent job conveying something such as how the people in this society do not recognize color. 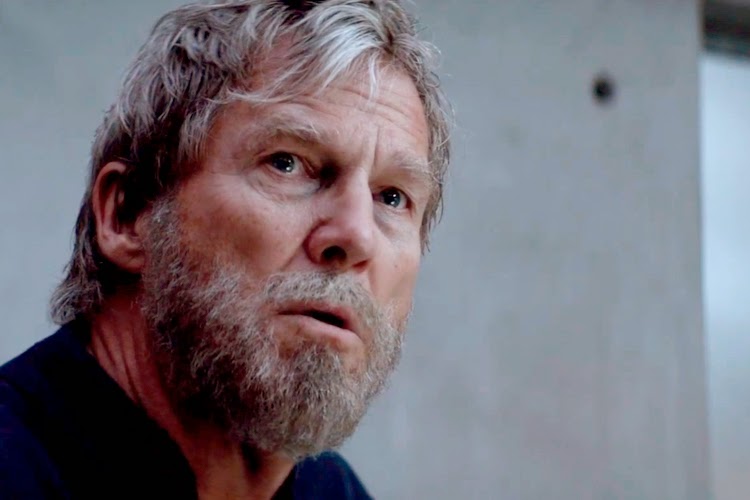 Getting back to what the nature of the story reflects, a reason why The Giver only measures up so well is due to how plain it ends up feeling.  Production-wise, Noyce and his crew have done a fine job, given their limited resources, but fine cast and use of areas in South Africa for filming.  However, aside from the obvious joy many will have in seeing this book brought to life, there is not a whole lot to make The Giver stand out.  It is certainly better than many of the films that have been cut from the same cloth, ever since Harry Potter and Lord of the Rings opened the floodgates for YA novel adaptations, but it has ended up feeling like a drop in a bucket, rather than something more substantial.  It is a shame, but that seems to be how it is.

Attempts were clearly made to spice up the story.  While The Giver is far from being an action film, there is an attempt to push some more adventurous elements, be it the way we see the memories being transferred or what takes place in the third act of the film, but you can only do so much with this kind of story.  That said, the film is not boring, but it does not have a whole lot of places to go, when you really look at the arc of the film.  The Giver lasting only 90 minutes is pretty good indication of this fact, but it is a nice change from seeing a 2 and a half hour novel with too many loose ends to make for a decent wrap up, as opposed to a big setup for the next installment.  Moreover, in a world where all out action finales are constantly featured in these adaptations, it is refreshing to see the way The Giver played out in the end. 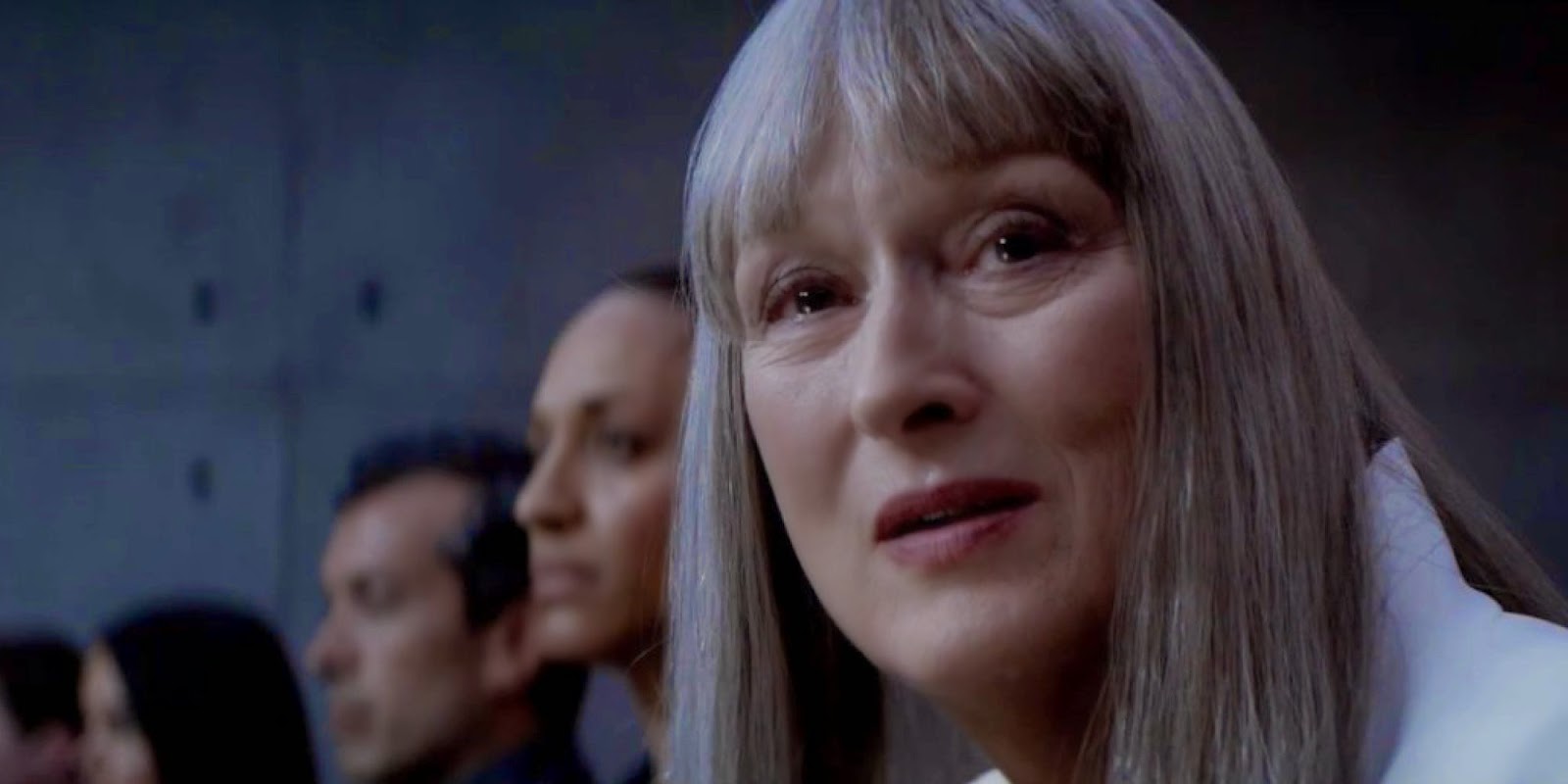 I may not be in love with this movie nor do I feel it really added much to the film world, but I can say I found it confidently made, well-acted, and far better than what I expected.  I may not have much of a connection to the original novel, but at least its fans now have something they can latch onto, even while I am left curious as to what they think of this end product.  That The Giver runs into problems surrounding its relevance over its quality is unfortunate, but it at least finds a way to be sufficiently entertaining.

The Giver: Our people made that choice, the choice to go to Sameness. 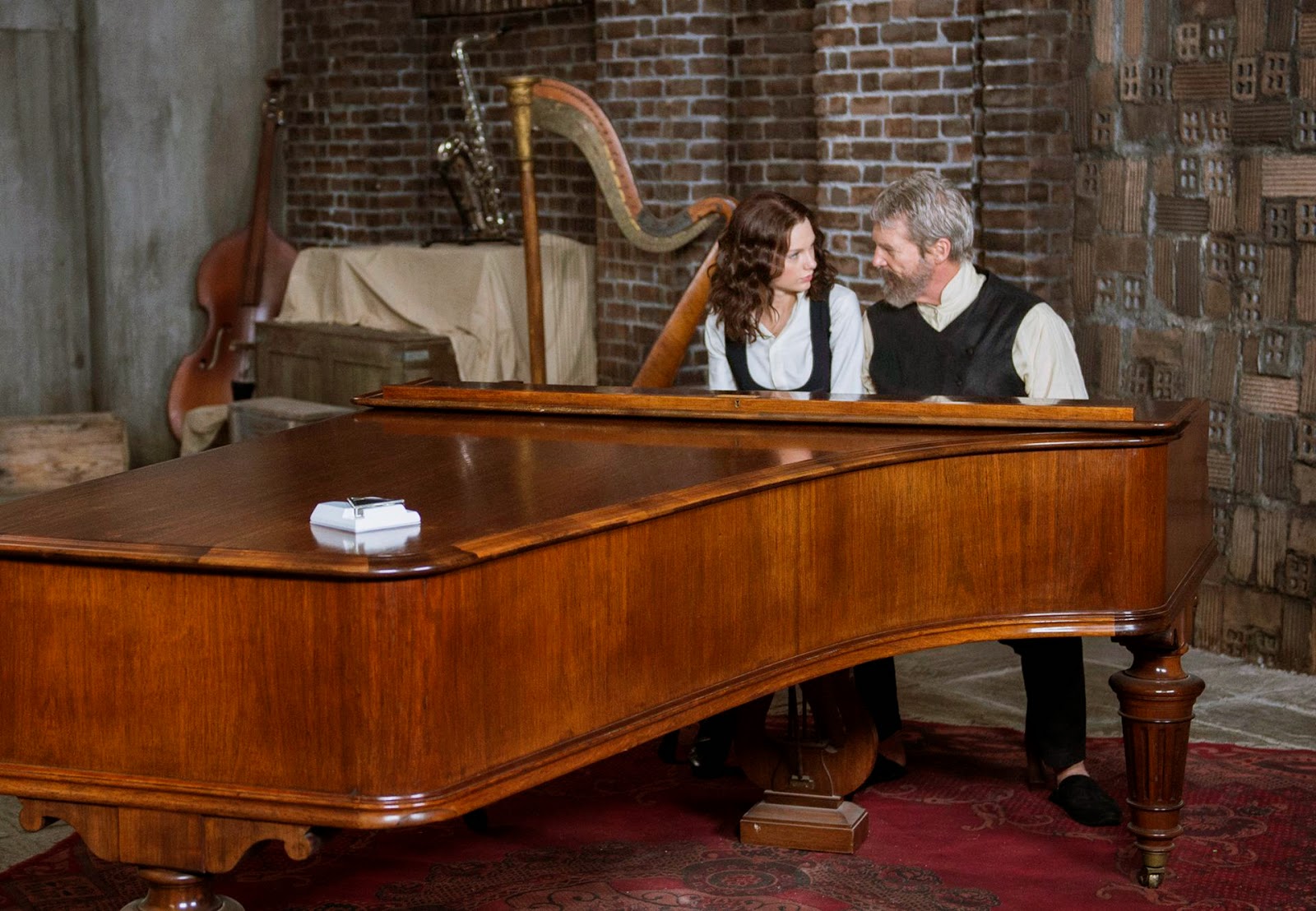 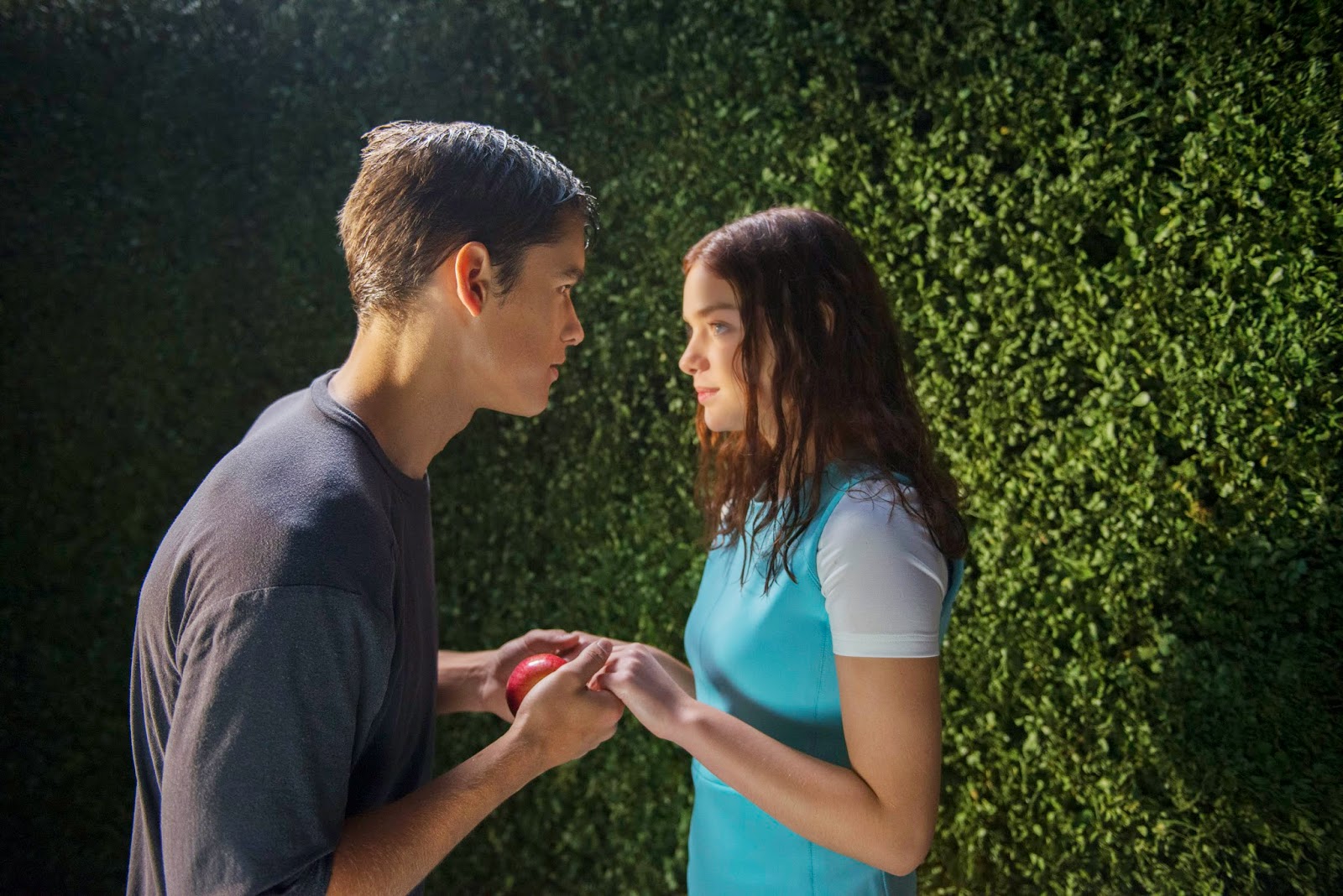 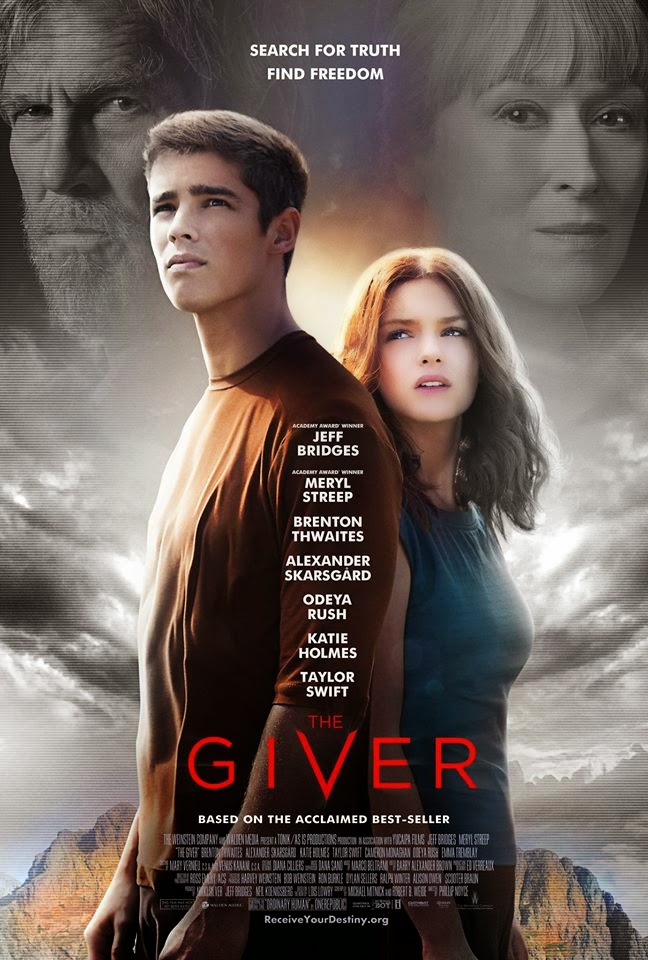 Aaron is a writer/reviewer for WhySoBlu.com.  Follow him on Twitter @AaronsPS4.
He also co-hosts a podcast, Out Now with Aaron and Abe, available via iTunes or at HHWLOD.com.
By Aaron Neuwirth
2014 Films Alexander Skarsgard Based On a Novel Brenton Thwaites Jeff Bridges Katie Holmes Meryl Streep Science Fiction Taylor Swift
Reactions: