The biggest question I have about Deliver Us from Evil, a film that mixes a police procedural plot with exorcism, is why have it released on July 4th weekend?  I understand counter-programming and all, but a grimy, R-rated horror feature does not exactly seem like the choice for Independence Day, regardless of producer Jerry Bruckheimer’s name being attached to the film.  That said, whether or not audiences flock to see HULK and Carlos the assassin exorcise the demons on its opening weekend, Deliver Us from Evil has a neat setup that feels like a throwback detective story fitted with effective atmospheric direction from Scott Derrickson. 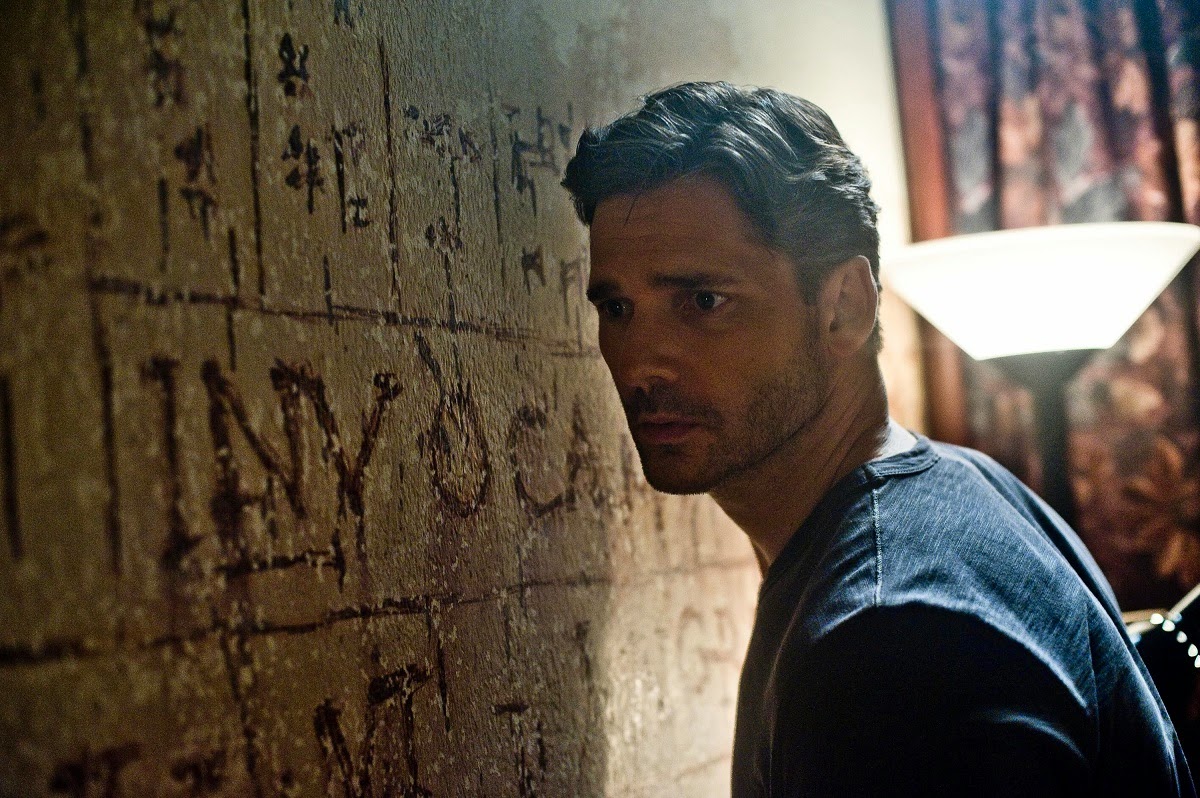 You should expect to read this everywhere, when looking up this film, but Deliver Us from Evil is a film based on the real life events of New York cop Ralph Sarchie.  Sarchie is played by Eric Bana, fitted with a New Jersey accent, and he is dealing with cases that seem connected by evil paranormal forces at work.   Sarchie has a cop partner played by Joel McHale, a wife (Olivia Munn) and kid (Lulu Wilson) that he does not get to see enough, and a new friend in the form of Mendoza (Edgar Ramirez), a Catholic priest who drinks, smokes, and defends innocents against the devil.  It’s going to be a tough couple weeks for Sarchie.

The thing I immediately pick up on with this movie is its approach to the characters and dialogue.  We can talk a lot about how basic the overall plotting may be and the possible agenda the film may have about faith (I don’t think that’s anything that really matters), but I was happy to pick up on this screenplay by Scott Derrickson and Paul Harris Boardman being quite devoted to a kind of pulpy, noir-ish sensibility.  Sarchie has some reveals about himself that this film eventually digs into, but everyone else feels like someone from a 40/50s crime movie, defined by some easy identifiers, mostly making the men quite masculine, while a rather great Olivia Munn fills out a typical long-suffering wife role nicely.  The film is stylized, which is not only defined by the directorial decisions made by Derrickson, but by his hand on the script with Boardman, adapted from the stories found in Sarchie’s book, Beware the Night, and I enjoyed that. 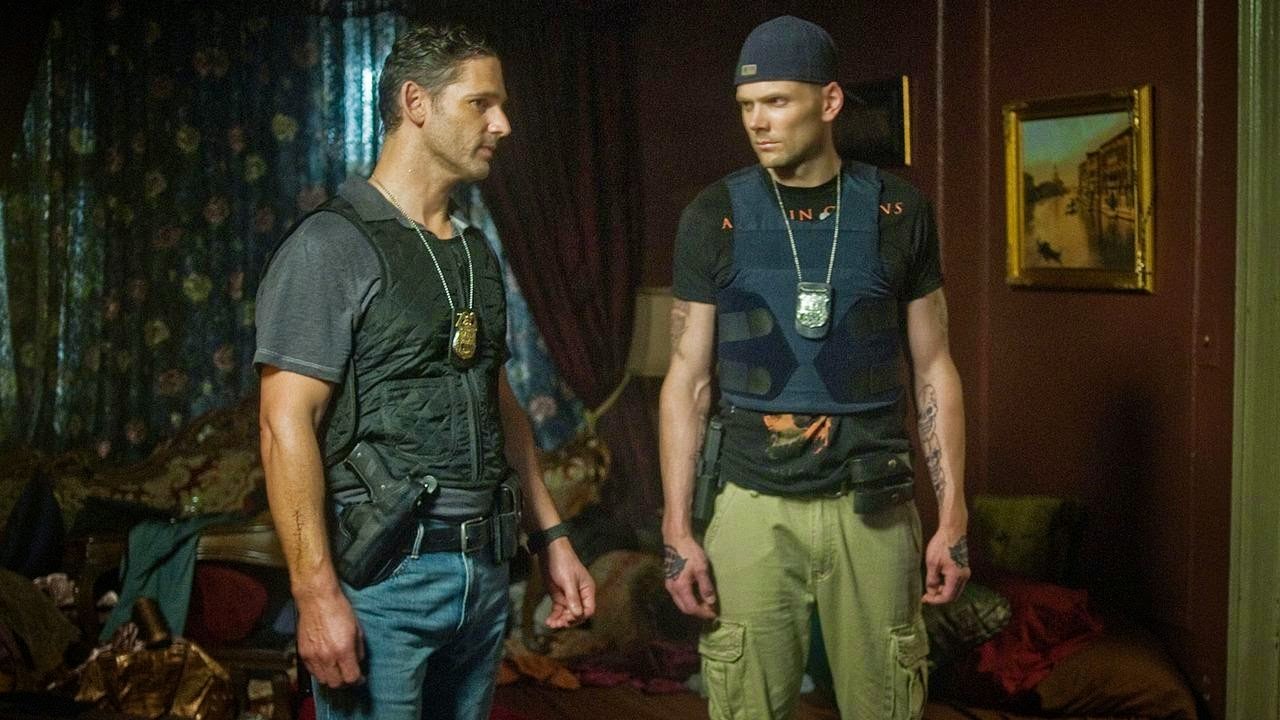 With that in mind, the film does work more as a detective story than a horror film.  That is not to say the film is not scary, but it certainly does not try to be a horror thrill-ride either.  The jumps come on occasion and they are handled in ways that do not feel like cheats, with the addition of familiar exorcism sequences, making it clear that Derrickson obviously has a lot of love for the godfather of exorcism films, The Exorcist.  When the film does not go out of its way to try and be scary, however, it settles into a mood that provides a sense of dread and mystery that I was pretty caught up in.  While I was not in love with Derrickson’s previous film, Sinister, I did admire the filmmaking on display and that is largely present in Deliver Us from Evil as well.

It is of course nice to see directors and filmmakers do what they can with minimal budgets, but having Jerry Bruckheimer at your back certainly does have its perks, as the film was shot in New York City and does a fine job of creating sets and other aspects that provide a studio gloss fitting of a mainstream horror movie with talent behind the lens.  The score by Christopher Young only adds to what is being put on screen, but it really does come down to what Bana’s lead turn brings to the film as a whole, as well. 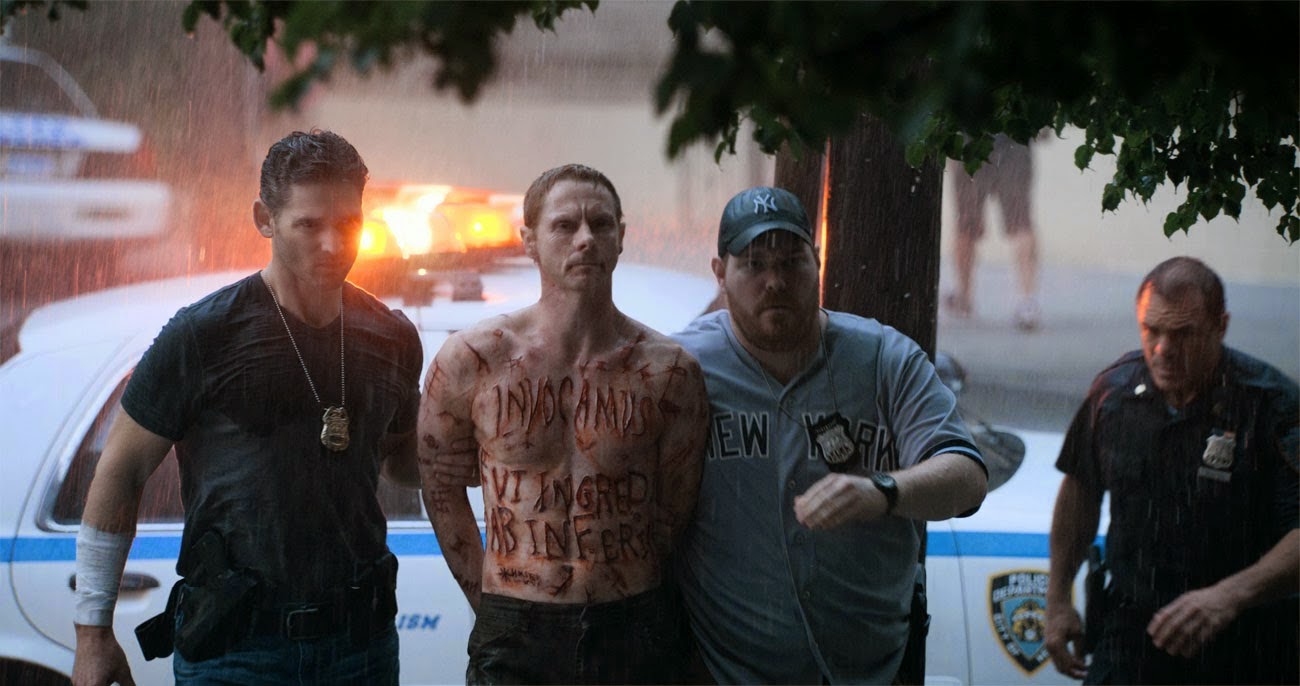 As Sarchie, regardless of how this film may be depicting events from his life differently and in a more ‘film-packaged’ sort of way, Bana feels very present.  Far be it from me to decipher when actors are phoning it in or not, but Bana, to me, seems like a guy that always commits to his roles, and that feels very much the case with what he is doing in this film.  Sure, this may just be a pulpy B-horror movie, but his motivation is clearly presented and his past is effectively delved into.

My only issues with this film really have to do with how long of a ride into this world we really needed, along with how simple the ending to this film ends up being.  At nearly two hours, Deliver Us from Evil has too many familiar elements to really warrant this long a lasting time, especially given how the film feels like this origin story for some kind of “X-Files meets the Bronx Cop and Priest” series that we will likely never get, no matter how cool it may be to say, “Sarchie and Ramirez: Demon Slayers.” 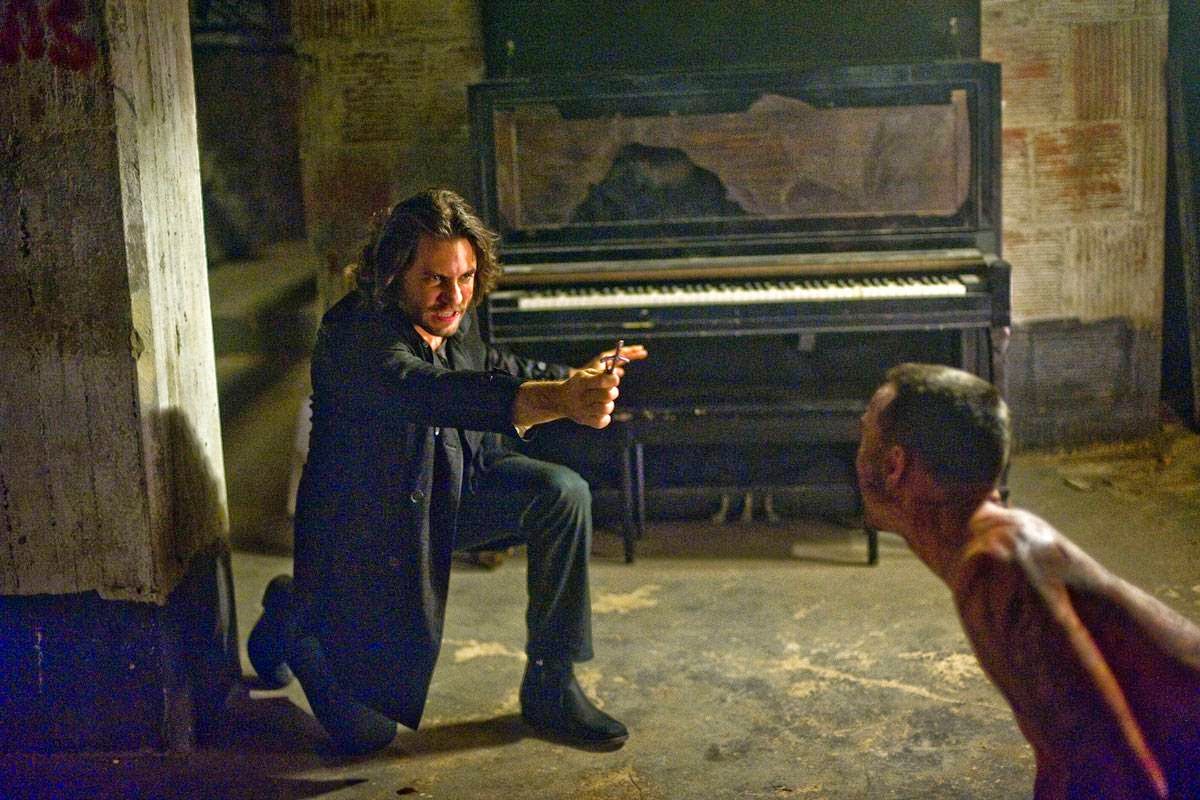 Questionable release date aside, Deliver Us from Evil has many worthwhile aspects for those wanting a neat horror movie that feels like a hybrid crime thriller mixed with an exorcism story.  It has all the aspects one could enjoy from a pulpy B-movie, but stands out as a very well-produced one.  Bana is as solid as he usually is and the film seems aware enough of itself to allow for fun to go along with its dread.  Happy Fourth of July!

Ramirez:  There are two types of evil in this life, Officer Sarchie:   secondary evil, the evil that men do, and primary evil, something else entirely. 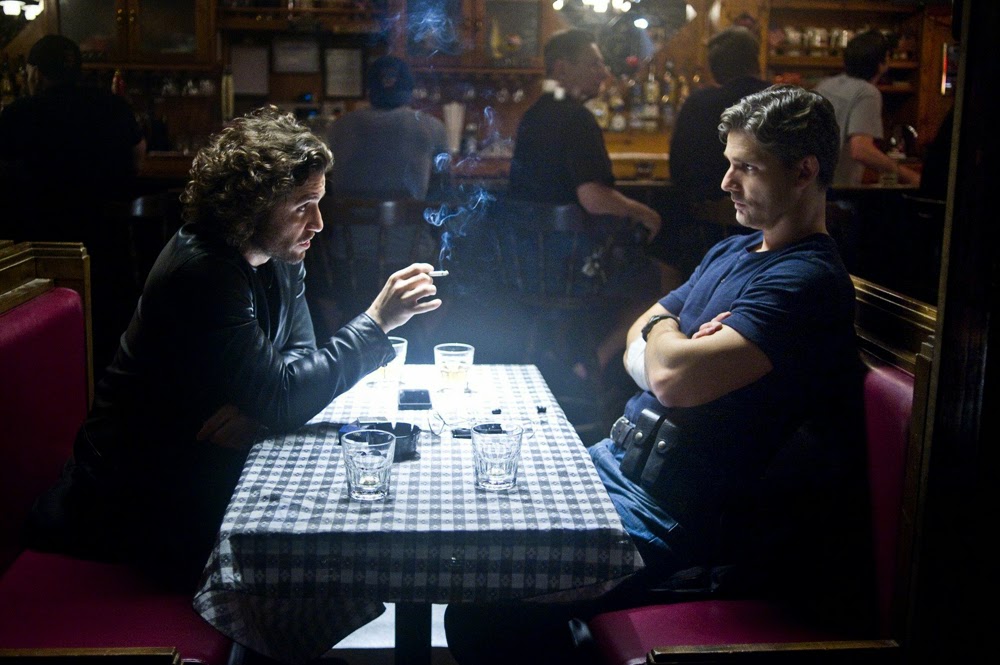 Aaron is a writer/reviewer for WhySoBlu.com.  Follow him on Twitter @AaronsPS4.
He also co-hosts a podcast, Out Now with Aaron and Abe, available via iTunes or at HHWLOD.com.
By Aaron Neuwirth
2014 Films Based On a True Story Crime Drama Edgar Ramirez Eric Bana Horror Films Jerry Bruckheimer Joel McHale Olivia Munn Scott Derrickson Thriller
Reactions: