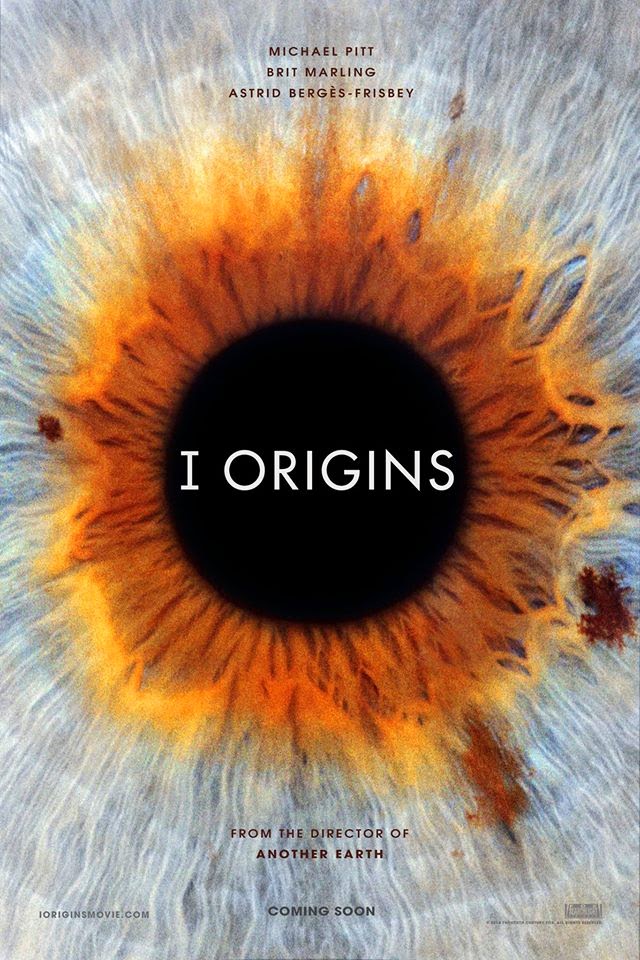 Ian:  What would you do if something spiritual disproved your scientific beliefs?

A few years back, writer/director Mike Cahill made a film called Another Earth, which managed to find itself on my top ten list.  It was a debut feature and had some rough edges, but it hit me in just the right way and at just the right time (going well with its existential-sci-fi-drama counterpart – Melancholia), providing me with enough to let the film get to me more than I was expecting.  Now we have Cahill’s follow up feature, I Origins, which I cannot say I was as enraptured by, but still found to be interesting.  The main curiosity I have outside of this film is whether or not audiences will be happy to go along with what is essentially a character journey that does not really decide to engage in a specific plot until more than halfway through the film.  There is a sense looseness here that I think can go either way for people, but I did find myself involved in some key moments that led me to admiring I Origins quite a bit.

Attempting to explain the story of this film is somewhat ridiculous, as it is more about what develops from certain major plot points, but without diving too deep, I can say that the film involves a molecular biologist, Dr. Ian Gray (Michael Pitt), studying the evolution of the eye.  He loves the eyes in general, as he takes up-close pictures of them every chance he gets.  His work and attitude on life is challenged by a young woman, Sofi (Astrid Berges-Frisbey), but Ian also has plenty of research to do with his lab partner Karen (Brit Marling).  Various occurrences take place, which lead to possible challenges in Ian’s skeptical ways of living, when it comes to dealing with his thoughts on science verses the concept of spiritual beliefs being an explanation for certain mysteries in life.

The film very much does feel like a study of characters placed in a position where science and faith will be tested against each other, but much like Another Earth, this is predominantly a story about characters, with the notion of something grander concerning the mysteries of life, being placed in the background.  That said, I Origins takes a bigger turn in its final third, which leads to a much more plot-focused objective that is involved enough to leave room for a stinger after the credits, with deeper implications.  It is that turn that allowed me to become much more intrigued in what the film was trying to do, because for the most part, I Origins walked a tricky line of feeling like something essential to see and feeling like a plodding play on the science/faith motif. 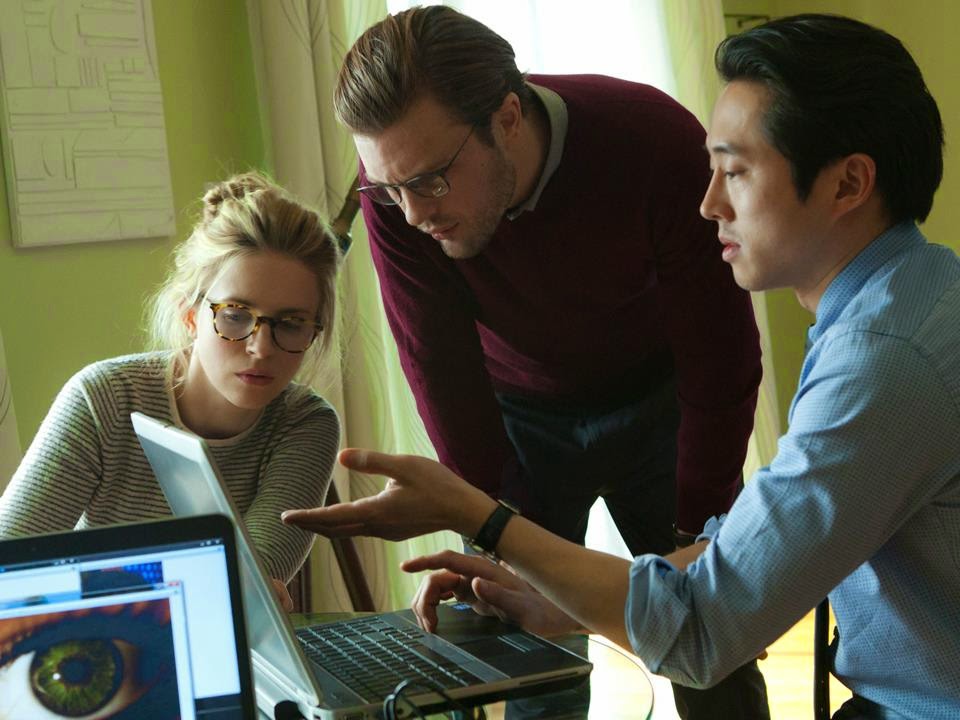 It is not a fault of the actors, as I think everyone involved, Pitt in particular, do a fine job with what they are given.  Brit Marling has been an actress I have admired since Another Earth came out, so seeing her back in Cahill’s second film was enough to get me to anticipate this film in the first place.  Astrid Berges-Frisbey has a tricky role to play, as it balances a sense of naivety with an adult counter to Ian, but I liked the part she had to play.  The Walking Dead’s Steven Yeun steps in as Ian’s friend Kenny, who provides enough levity to keep this film from feeling like a drag, which is welcome.  But really, it comes to down to Pitt and how the character deals with all that happens around him, which he is able to convey well in his performance.  Maybe best known for his work on HBO’s Boardwalk Empire, here Pitt gets a role that puts him in between stoic and peculiar, making for lead character I was willing to follow.

As the writer and director (and editor), it is Mike Cahill who is almost trying to do too much in a film like this, as it incorporates drama, romance, mystery, conspiracy theories, and a sense of the spiritual realm all into one ambitious feature film, despite having almost too much patience to allow audiences to see what he is overall trying to accomplish.  The film is slow to a point that extends past a “deliberate sense of pacing” and more to a state of wondering where this is all going.  That said, there is a moment of tragedy that is played very effectively and the back half of this film does have a lot more going for it, given how all the pieces in this puzzle have been set up.

It may sound like I am describing this film as more of a mystery than it really is, but I Origins does have a way of feeling like a feature that you cannot quite describe until you see the whole thing.  It makes it interesting, but only so enjoyable, depending on what you want to get out of a little arthouse film such as this.  That said the performances are solid, I was taken by some of the more affecting moments, and Cahill continues to intrigue me as a filmmaker.  I should also point out his use of music, as I found his collaboration with Will Bates to be a strong one (Bates’ band, Fall on Your Sword, also scored Another Earth).  With a bigger budget, Cahill obviously has more tools at his disposal, such as his handling of an accompanying score.  If he can take more control over his writing, I can see something really great coming in the future from him; something both weird and fully fleshed out.

Karen:  What if the eyes really are some sort of window to the soul? 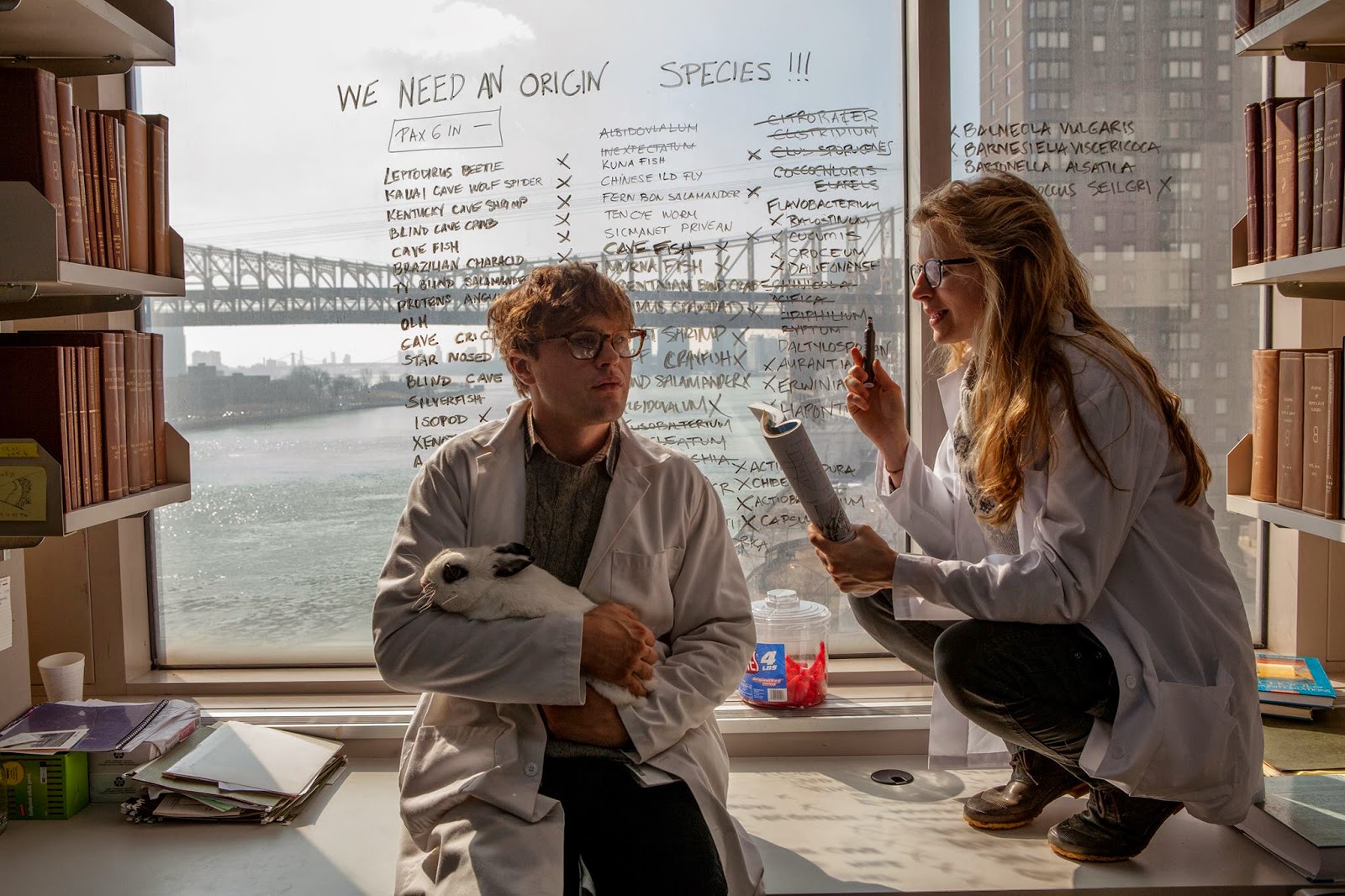