‘Think Like A Man Too’ Vegas Baby (Movie Review) 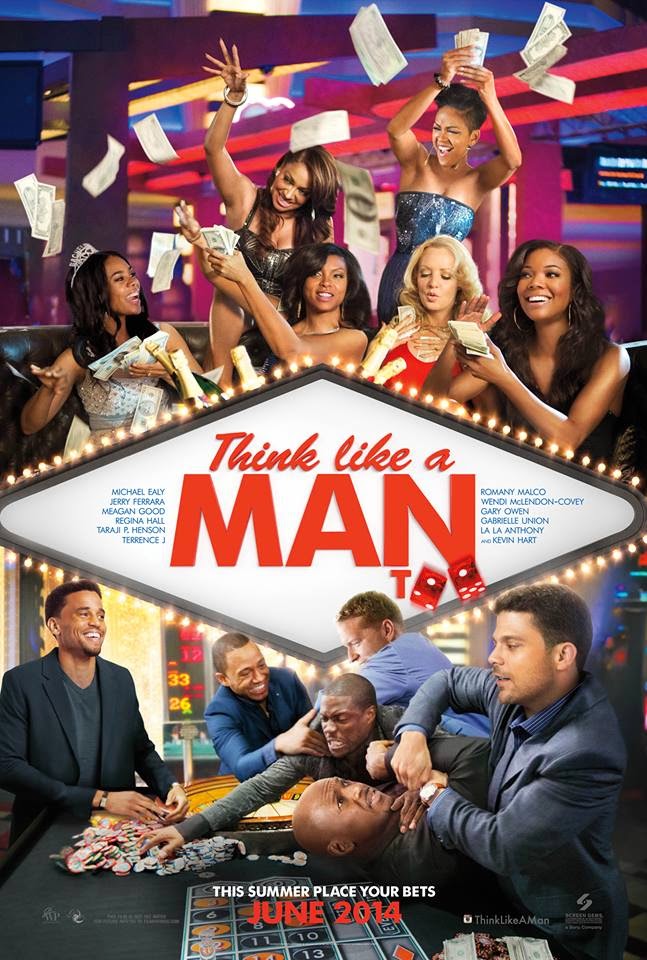 Cedric:  For one blissful night gentlemen we are free from all our obligations, all of our responsibilities…

Sometimes the strength of an ensemble can outweigh the bad ideas some have, as far as how to continue on with a film that had no real need to continue.  That almost works here.  2012’s Think Like a Man was somewhat of a surprise hit, with Kevin Hart beginning to break out big, and a likable cast that many seemed to respond to.  Now it has a sequel, with the word “Too” added to the end, which rarely bodes well for any movie.  The cast returns, Hart’s role has been amped up, and some laughs are there, but the film feels too loose for its own good.  Think Like a Man Too has all the energy, but wastes it on easy jokes about its Las Vegas setting, stepping away from anything more poignant. 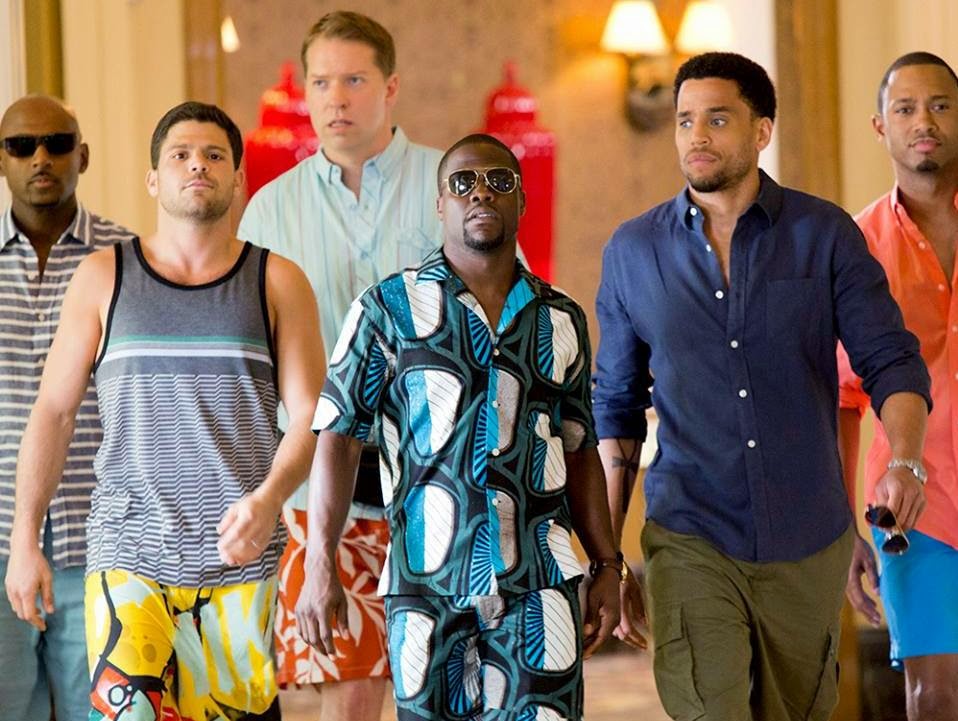 Clearly the idea of this film is for its cast to have a good time and hope the audience shares in that.  Picking up a couple years after the first film, we find the large ensemble that includes: Michael Ealy, Jerry Ferrara, Megan Good, Regina Hall, Taraji P. Henson, Terrence J, Romany Malco, Gabrielle Union, Gary Own, Wendi McLendon-Covey, La La Anthony, and Kevin Hart all heading to Las Vegas for a wedding.  The characters Candace and Michael are getting married and the girls and the guys are having their bachelor and bachelorette parties the night before the ceremony.  Many levels of comedic hijinks supposedly ensue.

As oppose to spacing things out and allowing a lot of room to breathe, Think Like a Man Too relies on the 24-hour timespan device in an effort to throw its comedy at you at a fast and furious pace, using the chemistry of the cast and the setting to keep audiences entertained.  I can see how that will work for some, but it really ended up feeling like more of a waste of potential.  Not that I needed a sequel to Think Like a Man, but there were ways to take this film as a sort of check in with characters that people really liked the first time around, but the film does not accomplish a whole lot with that, compared to something like The Best Man Holiday, which has a bad title, yes, but worked as a nice look at characters people enjoyed seeing the first time around.  With ‘Think…Too’, only the broadest of details are covered in favor of having a madcap Vegas adventure that feels more tiring than anything. 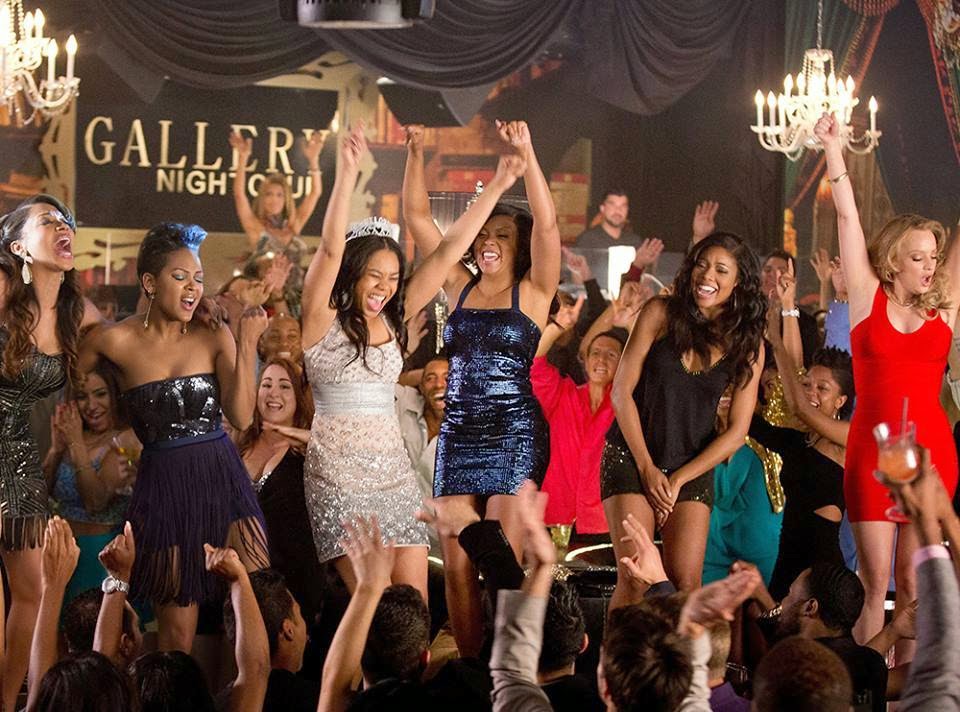 Clearly returning director Tim Story and Kevin Hart get along, as the two previously made Ride Along this year, which was a huge success and has a sequel on the way.  Based on Hart’s rise in popularity (he also co-starred in the vastly superior About Last Night earlier this year), it is of little surprise that writers David A. Newman and Keith Merryman made him a much bigger player for this sequel.  While the other characters have the semblance of adult-related issue to deal with (marriage, job opportunities, pregnancy), Hart is around to provide ample energy by way of zingers, dancing, and anything else he can do to shine.  Frankly, I like Kevin Hart and I don’t find his shtick to be irritating.  That said, it is clear when a film rides too hard on one element, due to a lack of creativity in other areas.  This is why there is not much weight to whether or not Taraji P. Henson and Michael Ealy will be able to find a way to deal with a plot involving major employment opportunities, let alone whatever else is going on with the other characters, such as Megan Good’s Mya and Romany Malco’s Zeke (the freak), who seemed to be the largest focus in the first film.

The first film also had a certain amount of rhythm to it, which came from its basis around Steve Harvey’s book “Act Like a Lady, Think Like a Man”.  There is no such book this time around, which actually results in giving the female cast a lot more to do and leads to a very enjoyable portion of the film devoted to characters singing along to “Poison” by Bell Biv Devoe.  That said, the movie still can’t quite find the right balance of ludicrous humor with true drama, beyond the forced nature of, “get everyone bothered, because people are crying on screen.”  The attempts are made to bring enough balance this time around, which was an issue for the first film (even though I enjoyed it), but it does not help that this sequel feels like a step backwards, when it comes to being about something. 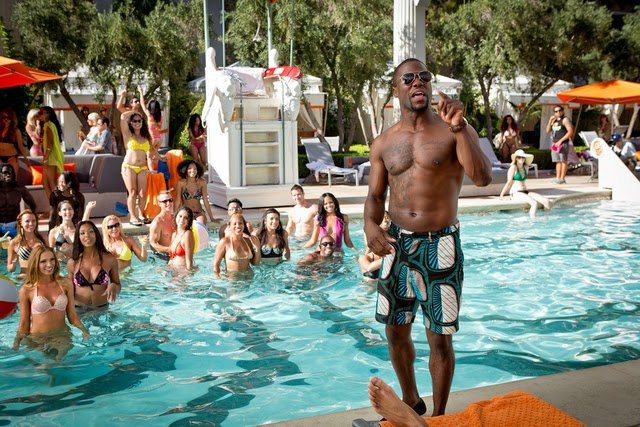 As far as easy comedy goes, Think Like a Man Too is a burst of energy that is leaner than the last go around, with a cast that clearly enjoys working together.  It is just a shame that the writing is not up to par with the talent of its cast and Tim Story’s direction basically amounts to showing Hart (or whoever) saying a one-liner and cutting to three reaction shots.  It is pretty lightweight and harmless, but also entirely nonessential viewing. 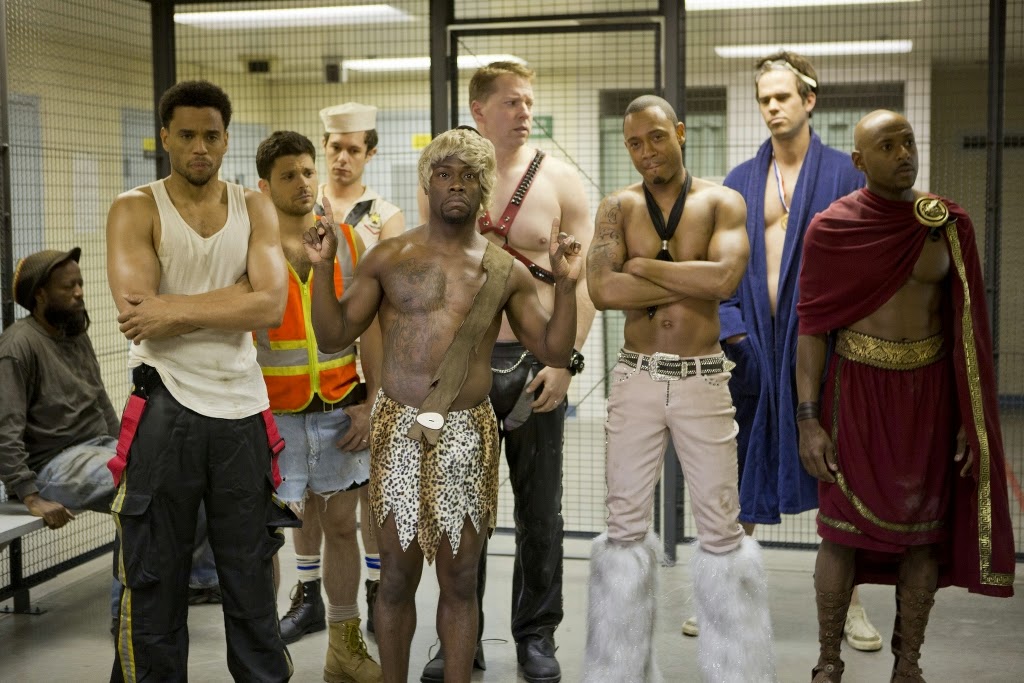