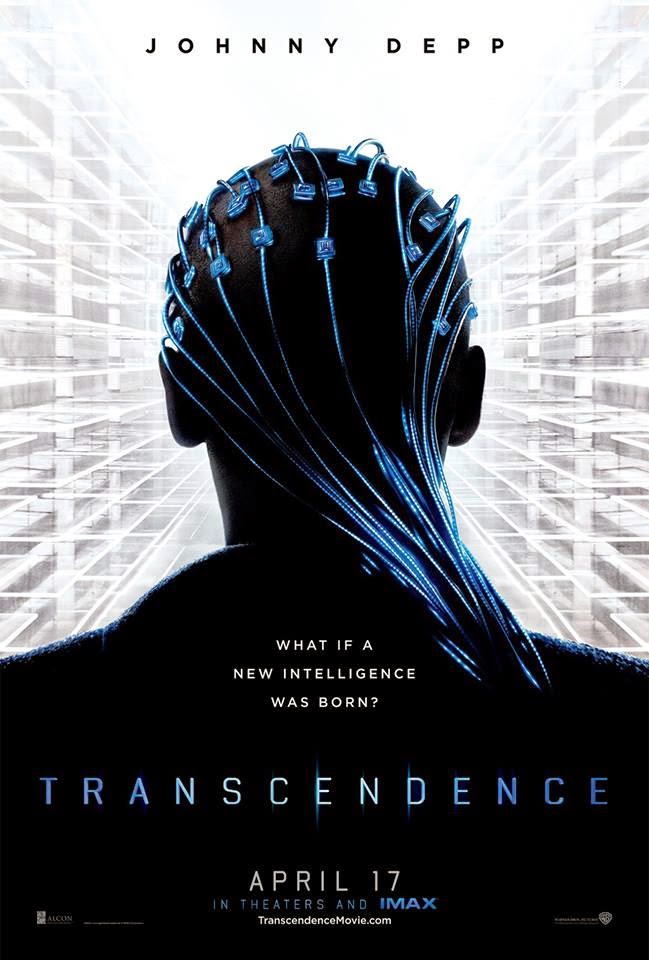 Evelyn:  Where are you going?
Will:  Everywhere.

For a techno-thriller about artificial intelligence, it actually seems to make sense that Transcendence does not have a whole lot of emotion to back up its big ideas, aside from  Paul Bettany’s cry face, which makes its appearance now and again.  This is a film that could have worked as a cheesy B-movie with the words, “When computers fight back!” written on a billboard entrance to a drive-in movie theater.  Instead, it feels like a glossy, big-budget studio film with a screenplay that feels like a cautionary tale that has been updated from an original draft written 20 years ago.  Not helping is the high caliber cast providing mostly half-hearted performances and a lack of urgency in a dramatic narrative that sets its stakes much higher than they ever actually feel.  Even when some of the neat ideas are given some visual lift, Transcendence is still mostly a dull affair. 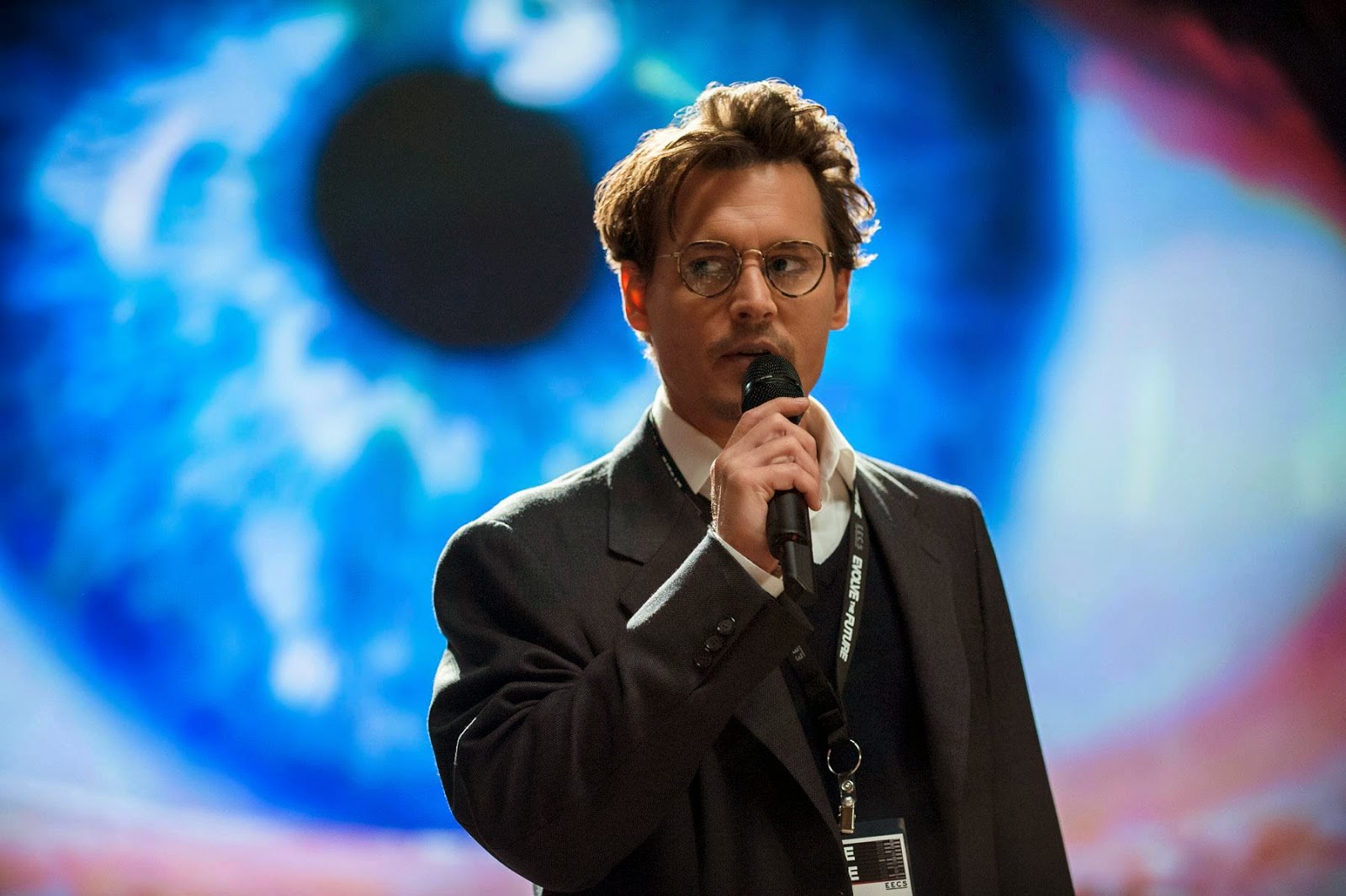 So Johnny Depp dies, but that is not a big deal, as that is where the premise of the film takes off from.  It comes as no real surprise either, as the movie does itself a disservice by showing us a flash-forward of what is to come, but moving on, Depp’s death is a big part of what moves this plot forward.  He plays Will Caster, an artificial intelligence researcher, working on a way to develop a machine that possesses its own intelligence.  An assassination attempt is made on his life by extremists looking to stop further technological advancement.  It results in a slow death for Will, which leads to a desperate measure taken by his wife, Evelyn (Rebecca Hall).  Along with Will’s best friend Max (Paul Bettany), the two decide to upload Will’s brain into a computer, thereby making his consciousness into an entity of its own.  The only problem is learning what is next for a human mind with access to everything.

Accepting a premise like this is easy enough, as I go into a movie like this with a level of expectation.  You tell me that Johnny Depp’s mind is going to be inserted into a computer and I ponder where a story like that will go.  The issue is lies in the efforts made to keep the film engaging with the viewer and I unfortunately cannot say that I was very engaged.  I was intrigued by certain aspects of the film, as the premise allows for some discussion that I am sure was had in the development of this film, but it never felt like the actors had the same level of concern and Wally Pfister’s directorial debut felt oddly lacking in urgency. 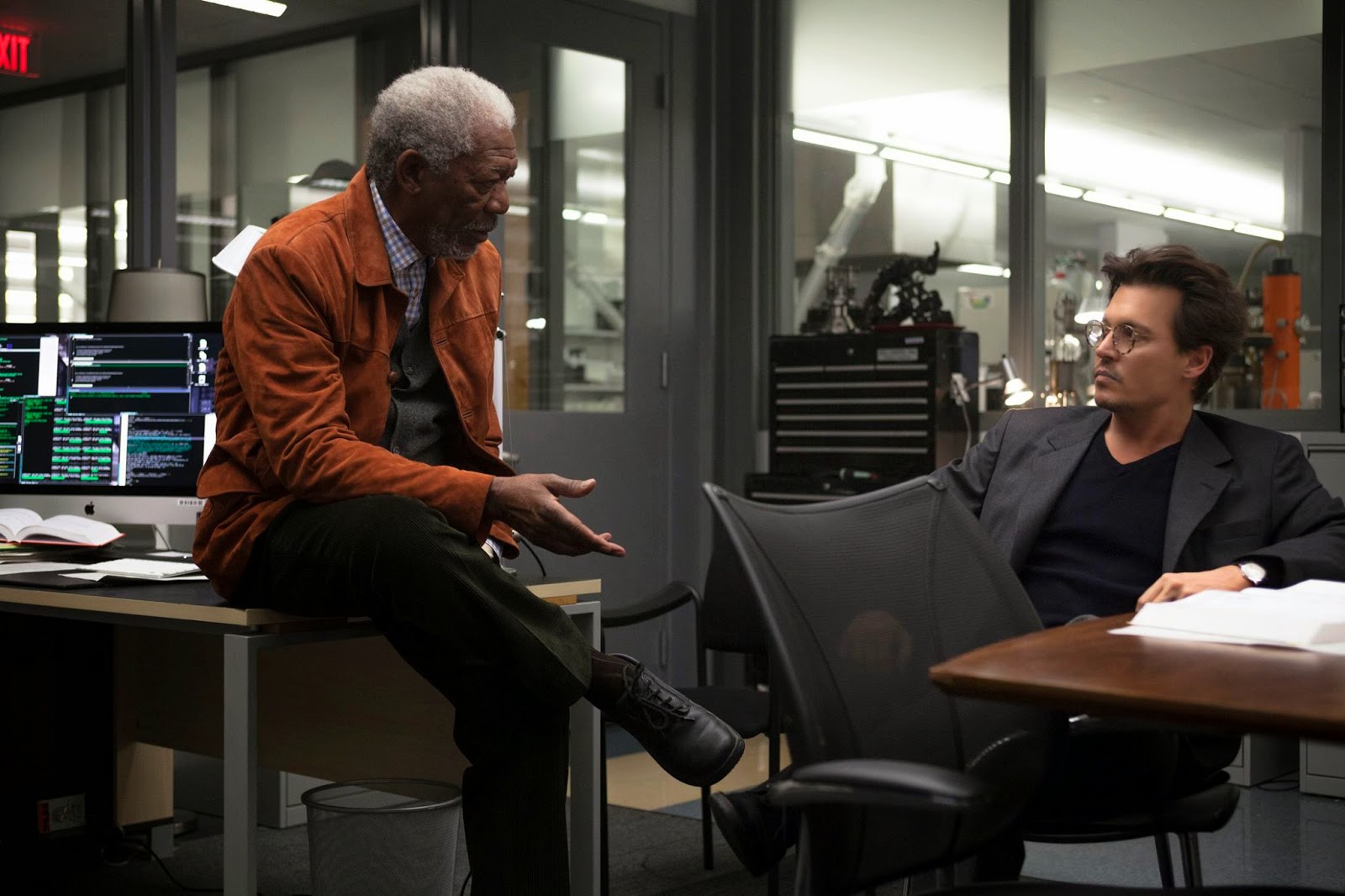 Along with the “Johnny Depp is Skynet” mantra that surrounded the simple way to explain this film (The Lawnmower Man is another film that could be referenced, because why not involve Jeff Fahey in the discussion, but I digress), the big deal made over this film is that Christopher Nolan’s director of photography, Oscar winner Wally Pfister, has taken his first stab at directing with Transcendence.  It would be easy enough to say that he shows promise, as the film is simple enough to follow, but it is also a director’s responsibility to craft a way to involve us with the characters, which does not occur, and develop a way to keep us involved with the story, which is another miss.  Basically, Transcendence transcends nothing.

It may be nice for some to see Johnny Depp as a normal guy again for a change, but Depp adds nothing to this film, except star power.  As a person that finds him at the very least interesting in roles like Tonto or the Mad Hatter, it is a shame that he could not or chose not to add anything all that layered to his performance as Will Caster.  One could argue that his detachment, before becoming a computer, is part of the point of the film, but given that a lot of the story relies on the romance between him and Evelyn, who will do anything for him, I needed more to go on.  To Hall’s credit, while the film’s story is full of half-formed ideas and some, frankly, dumb developments, she at least tries to find a way to make her character work, despite essentially being a person who takes two hours (two years in the film) to get a clue on what’s what. 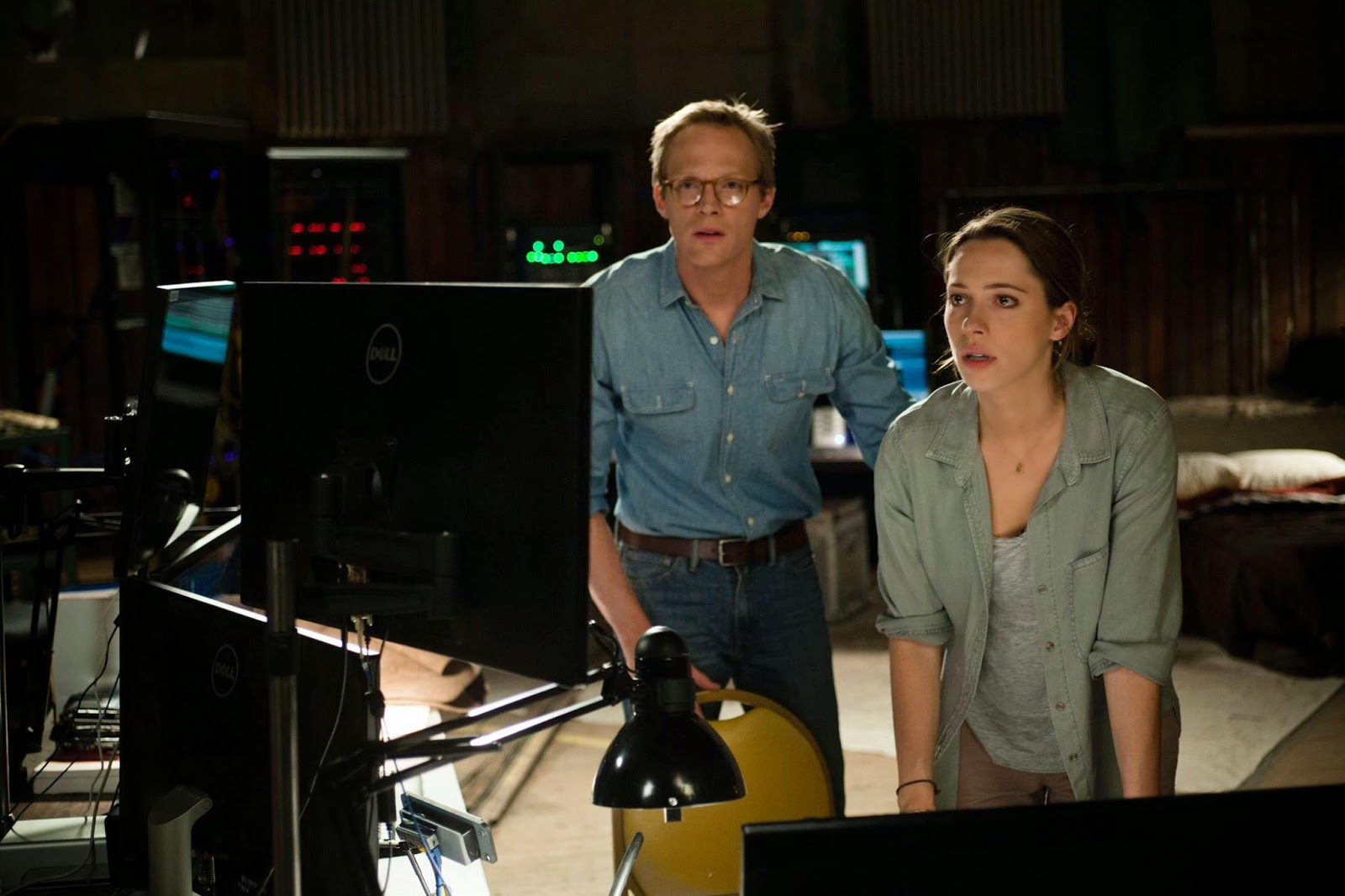 The rest of the cast has little to offer.  Morgan Freeman is around, but even he seems confused, given that the movie cannot decide on who is supposed narrate it.  I do like Paul Bettany quite a bit and it stands to reason that I appreciated what he tried to bring, as a man caught in the middle, even if the story shortchanges his arc.  Kate Mara basically stands around with blond hair, while delivering tough girl dialogue.  “Standing around” can basically be attributed to most of the actors in this movie, including Cillian Murphy and Cole Hauser, as we basically see characters react to things they see on computer screens, with the occasional glimpse into the world of digital effects that render nanotechnology.

Watching nanomachines rebuild things, people, etc. takes up a majority of the second half of the film, but somehow it never really excited me.  Even the basic concept is left up in the air in terms of the ramifications that come from this.  A lot of time could have been spent debating the application of this kind of technology and challenging Depp’s artificial persona, only to have him counter back with his own arguments.  That is the kind of conversation that could have propelled this film into somewhere interesting.  Instead, we just get to see a computer become too powerful and some efforts to stop it, which involves a plain car chase, some explosions, and a limited look at what could end up being a possible doomsday for all.  This may have sounded interesting on the page, but between the unproven directorial talents of Pfister and the ridiculous screenplay by Jack Paglen, the budget on this film could have been better spent elsewhere. 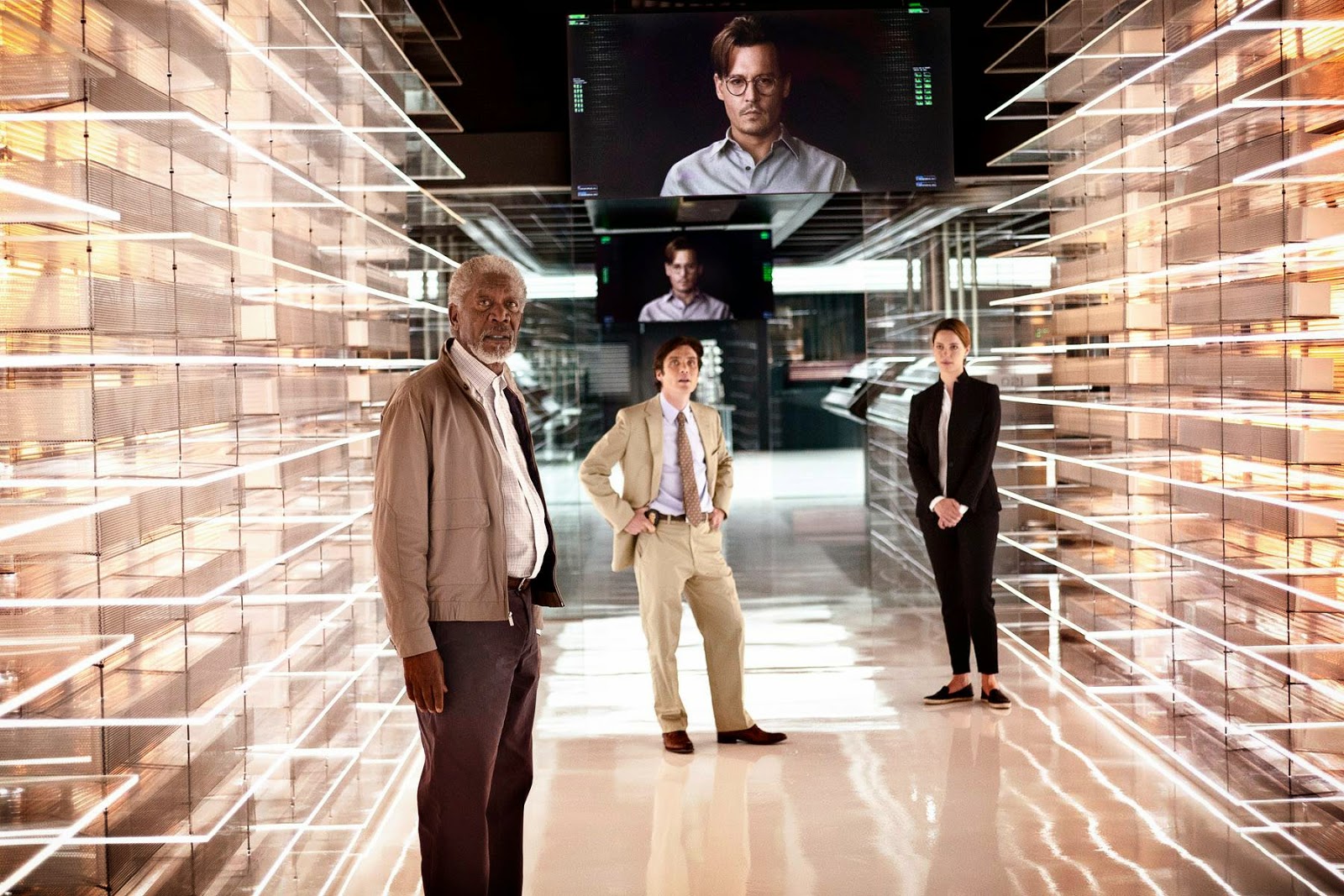 Transcendence is ultimately a misfire.  The film has little to offer in any department, other than the fact that it is an original studio film, despite having obvious inspirations and some warmed over ideas.  The performances are nothing special, the key relationship does not resonate, and the scope of the film is undercut by a desire to keep things uncomplicated due to a poor screenplay and a lack of narrative momentum.  I’d happily take the cheesier, over-the-top version of this film, because at least I would have reason to be more engaged.  As it stands, Transcendence goes nowhere. 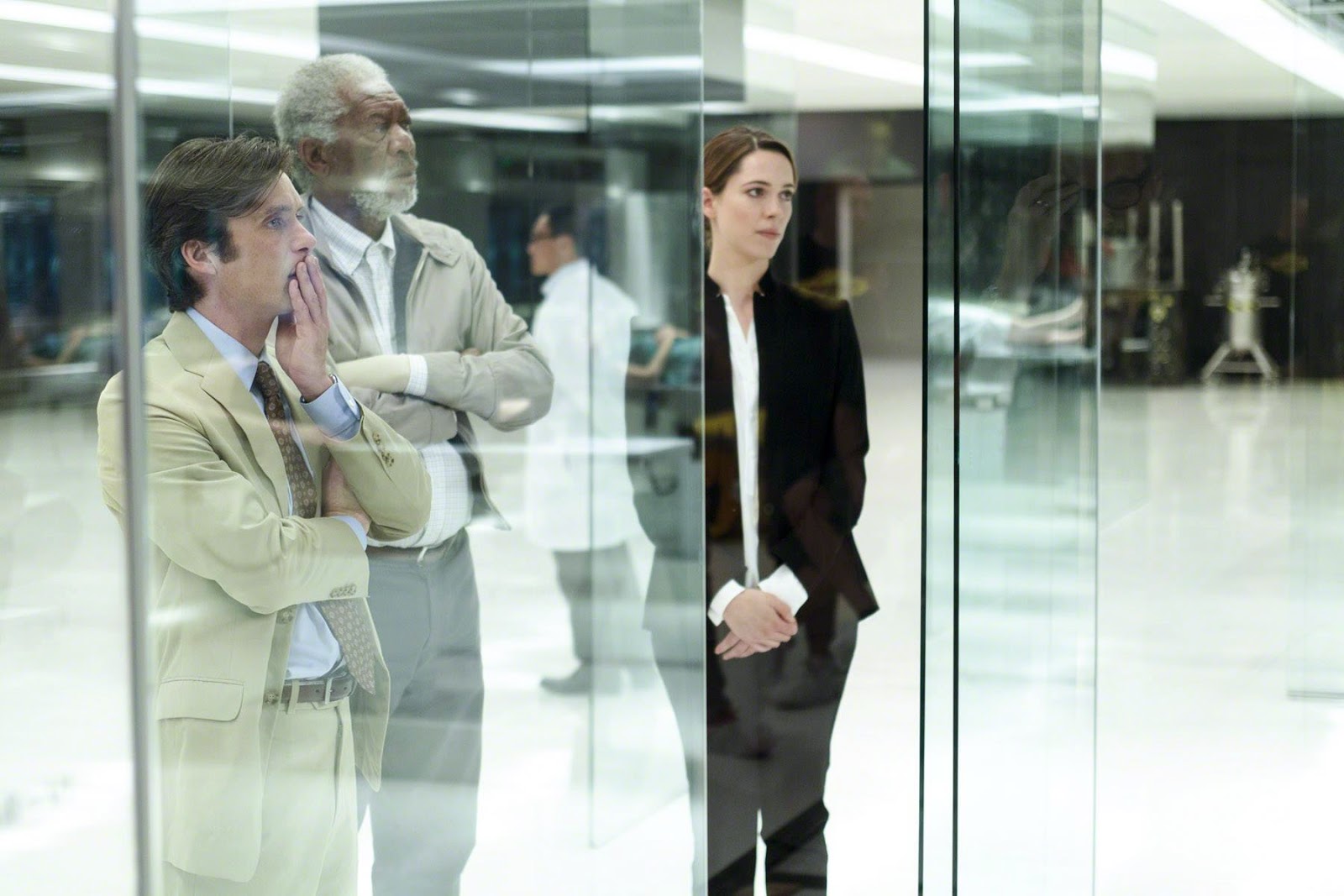 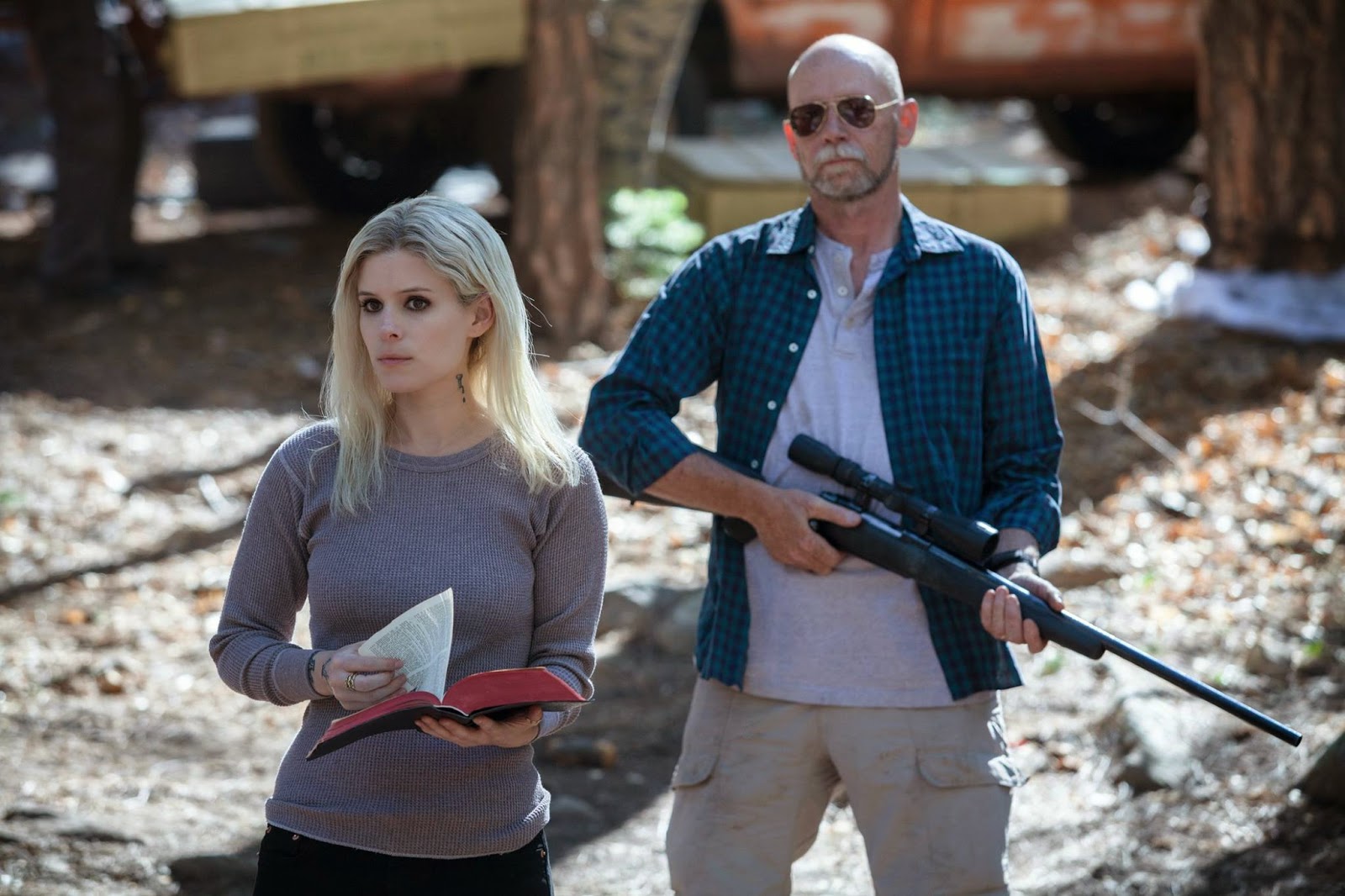 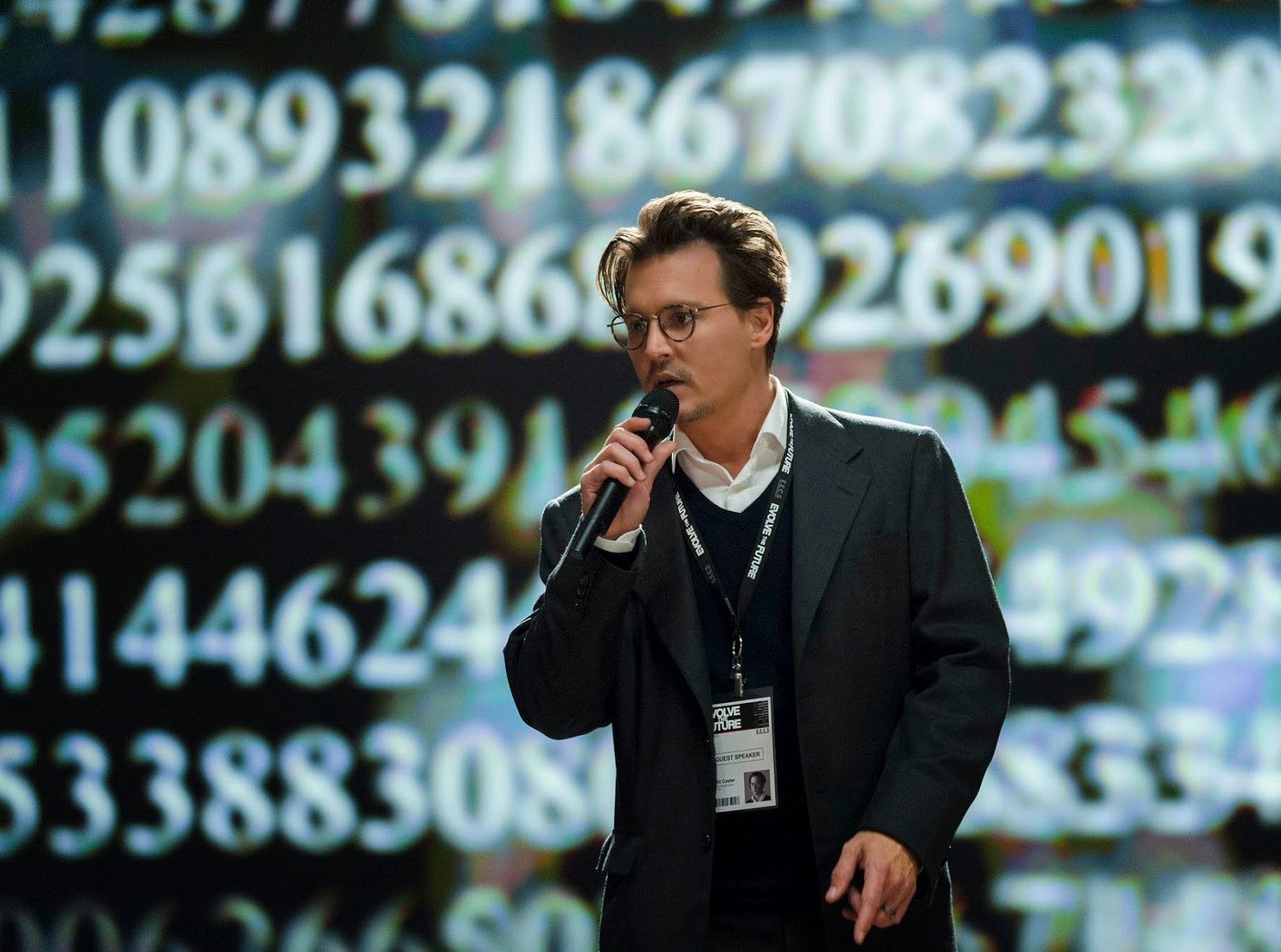