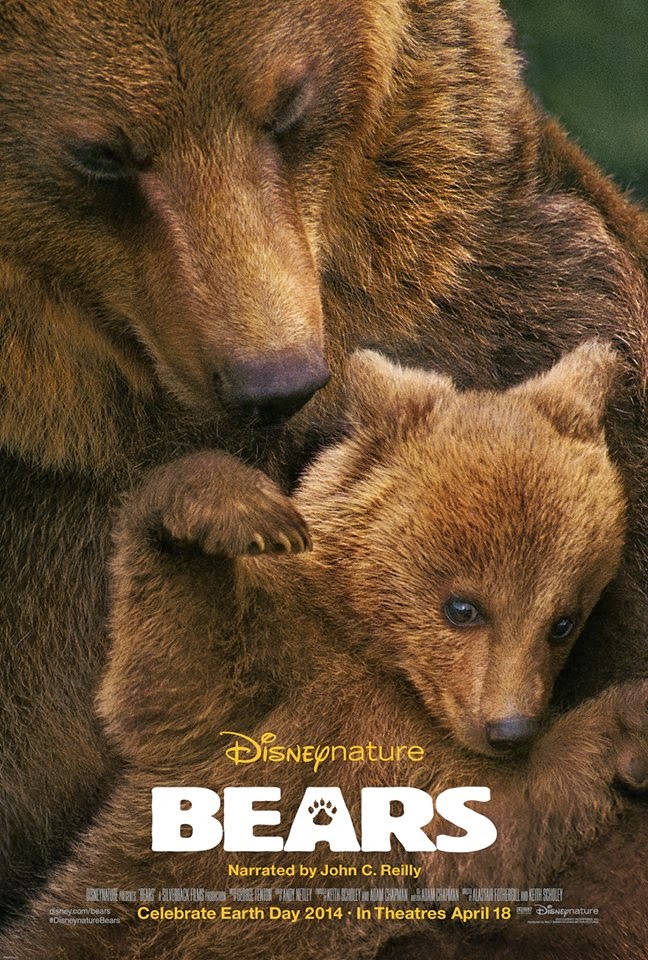 I never really know how much to say about these Disneynature films.  They are not insufficient enough to call them mild distractions, as the footage is generally great, the voiceovers are fun, and there is enough work done to build a narrative that I can get behind what they have to offer.  It generally amounts to having a chance to see animals that kids generally grow up being intrigued by and having a new perspective that can be formed by families, in regards to those animals.  African Cats worked for me, as it was neat to see a big screen documentary about lions, with the bonus addition of Samuel L. Jackson providing narration.  That film also worked due to the stakes that, manufactured or not, presented a real life depiction of what lions go through.  Bears finds a way to create similar stakes, which makes the film effective enough in what ultimately amounts to a large format way to see bears in action. 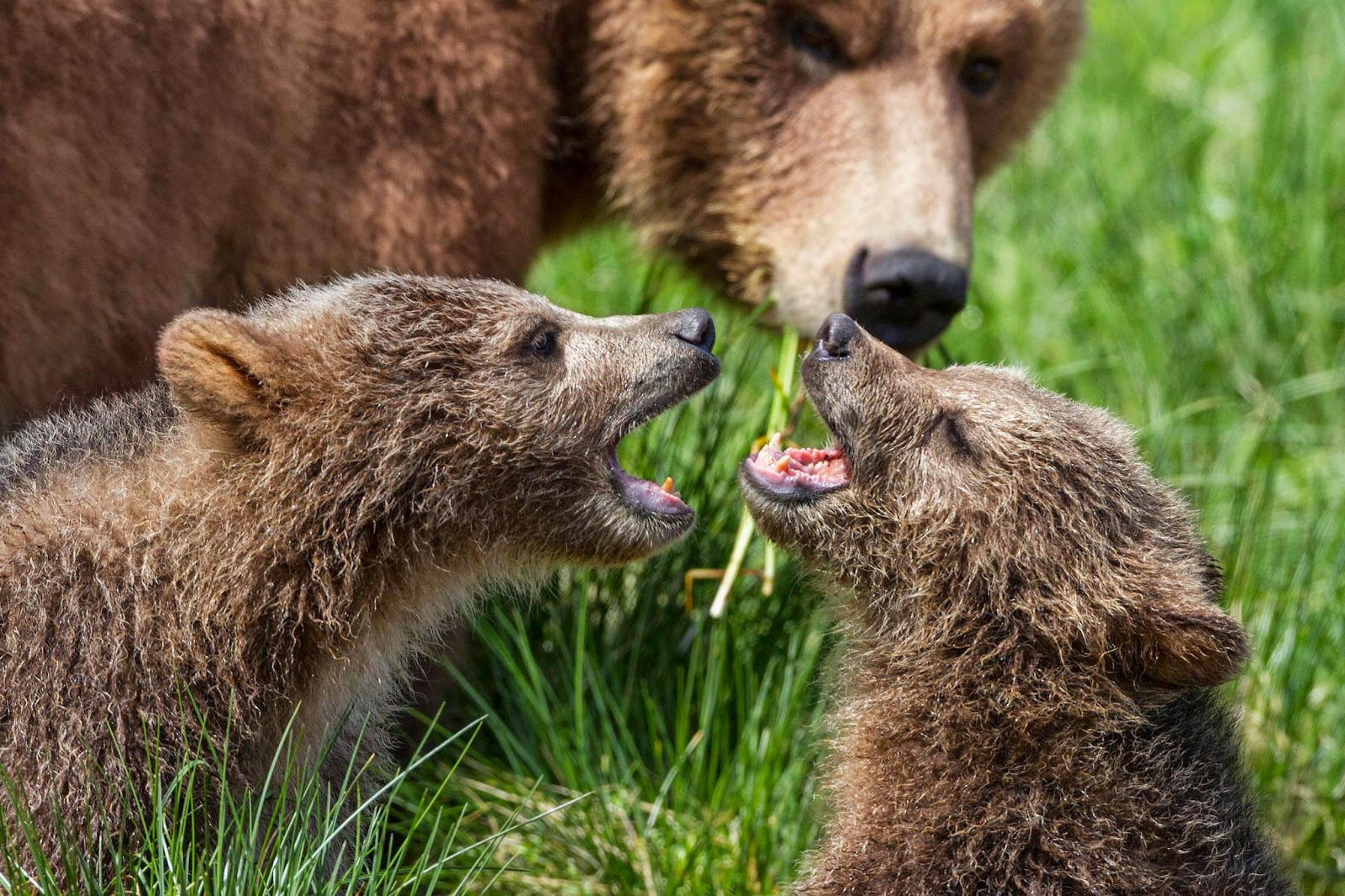 The basic storyline follows three grizzly bears in Alaska.    It is a mother and her two cubs, who travel across the landscape in a search for food.  We learn that most cubs die early in their life, so while it may or may not be a struggle for these particular cubs, that fact remains and always informs the narrative, as the mother keeps the group moving through different parts of the Alaskan setting.  The film takes place over the course of a year and we get to watch this particular group of bears deal with predators, weather, and the food supply.  There is a certain amount of suspense to be found in the lives of bears and Bears provides a slice of that life.

Bears is narrated by John C. Reilly, who basically is a bear himself.  He has the kind of qualities as an actor and in his voice, which allow you to easily latch onto him in spoken form.  It worked for Wreck-It Ralph and it works hear as well.  It is a playful type of narration, as the facts he shares are mixed with some fun, as he enjoys placing himself in the head of the two cubs, every so often, to provide some humorous asides.  Given that Warner Brothers has seemingly captured Morgan Freeman, when it comes to narrating films, I have enjoyed who Disneynature has been bringing on board for these Earth Day releases and I am sure the family audiences lining up for these films have been happy to embrace them as well. 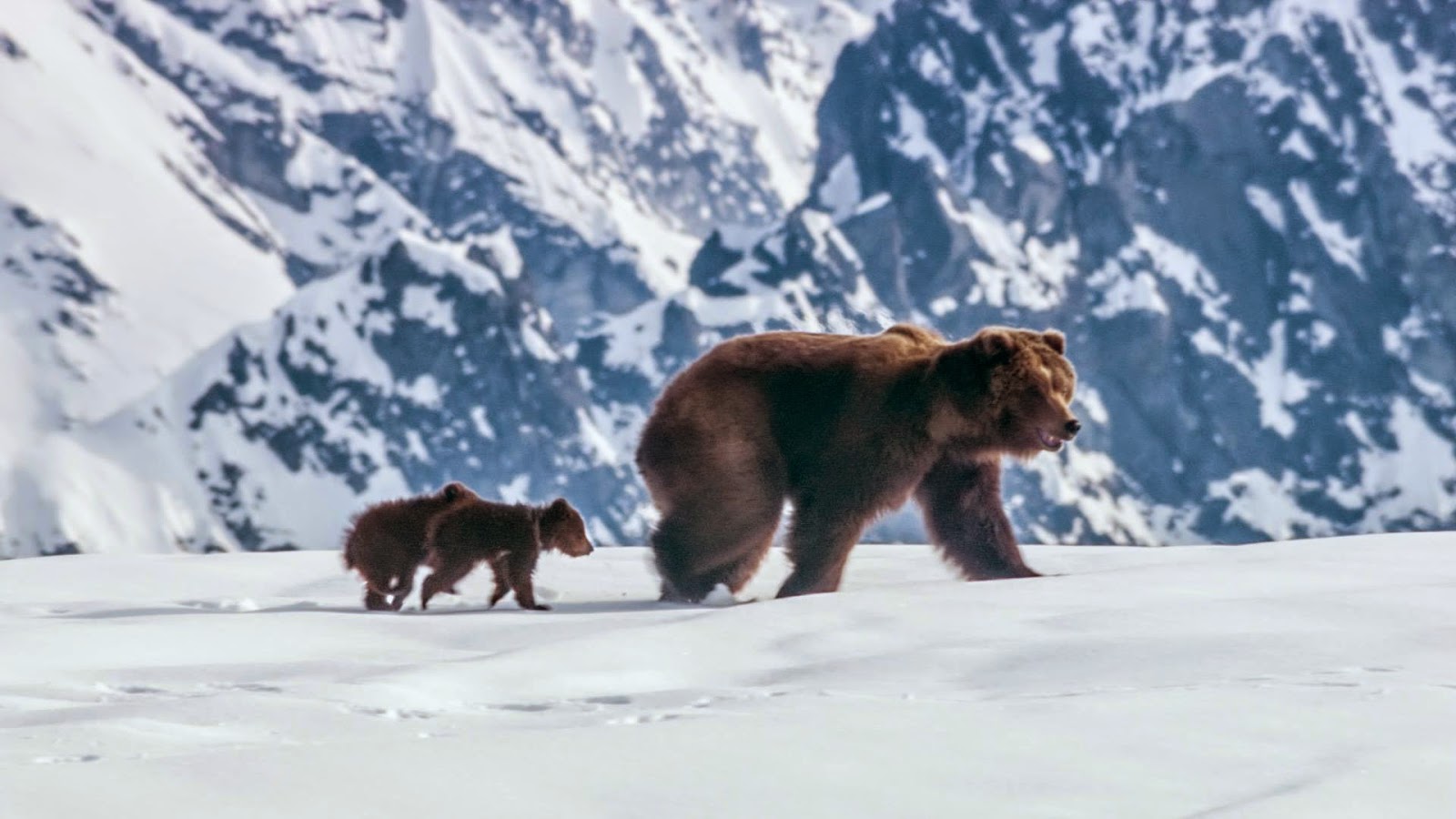 Honestly, I did not know all that much about bears, as a species, so I will say that in addition to getting an enjoyably narrated film, it was one that informed me of a thing or two about these animals.  While there is playful shading to the approach for these Disneynature films, as opposed to more intense docs or ones less inclined to keep family audiences in mind, there is certainly something to be learned in these films, along with taking in some wonderful visuals and up close and personal looks at plenty of different bears.  Directors Alastair Fothergill and Keith Scholey, who also directed African Cats, do a fine job of crafting a doc that gives us a good look at the animals, the scenery, and all else involved to make for a coherent picture, with enough narrative to not feel like a drawn out nature class assignment.  Basically, it moves along well enough and looks great while doing so.

Not much else to add here.  Bears was a satisfying experience that works for a big screen viewing, given that Disney is making the effort to put these films in a theater for large audiences to see.  The film looks great, John C. Reilly does a fine job with the narration, and many will likely learn something.  With Monkey Kingdom on the docket for next year, I am willing to bet Disneynature will find a good enough way to repeat this sort of satisfying experience.  Given the quality of films like African Cats and Bears, it is almost a necessity that these continue that pattern. 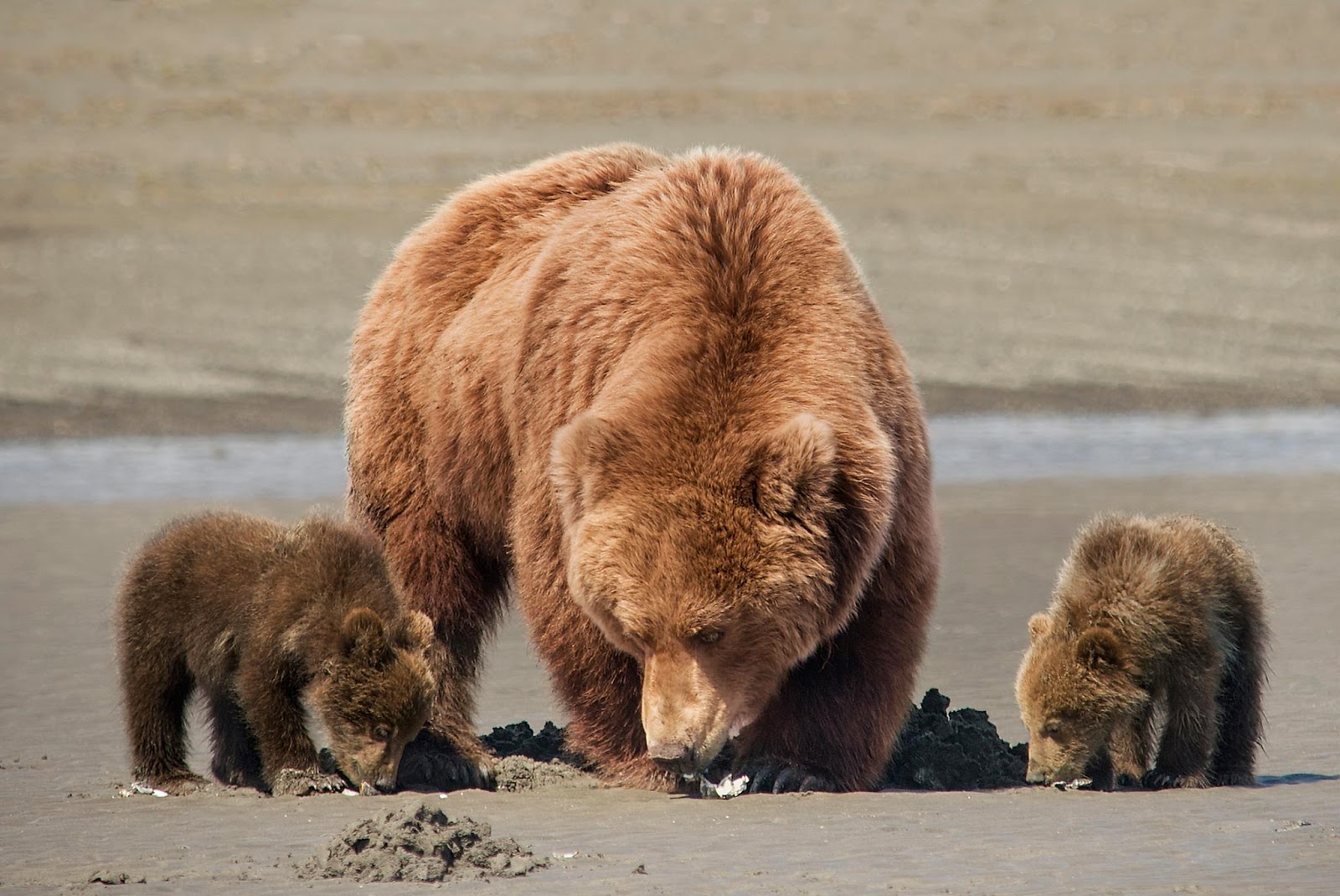 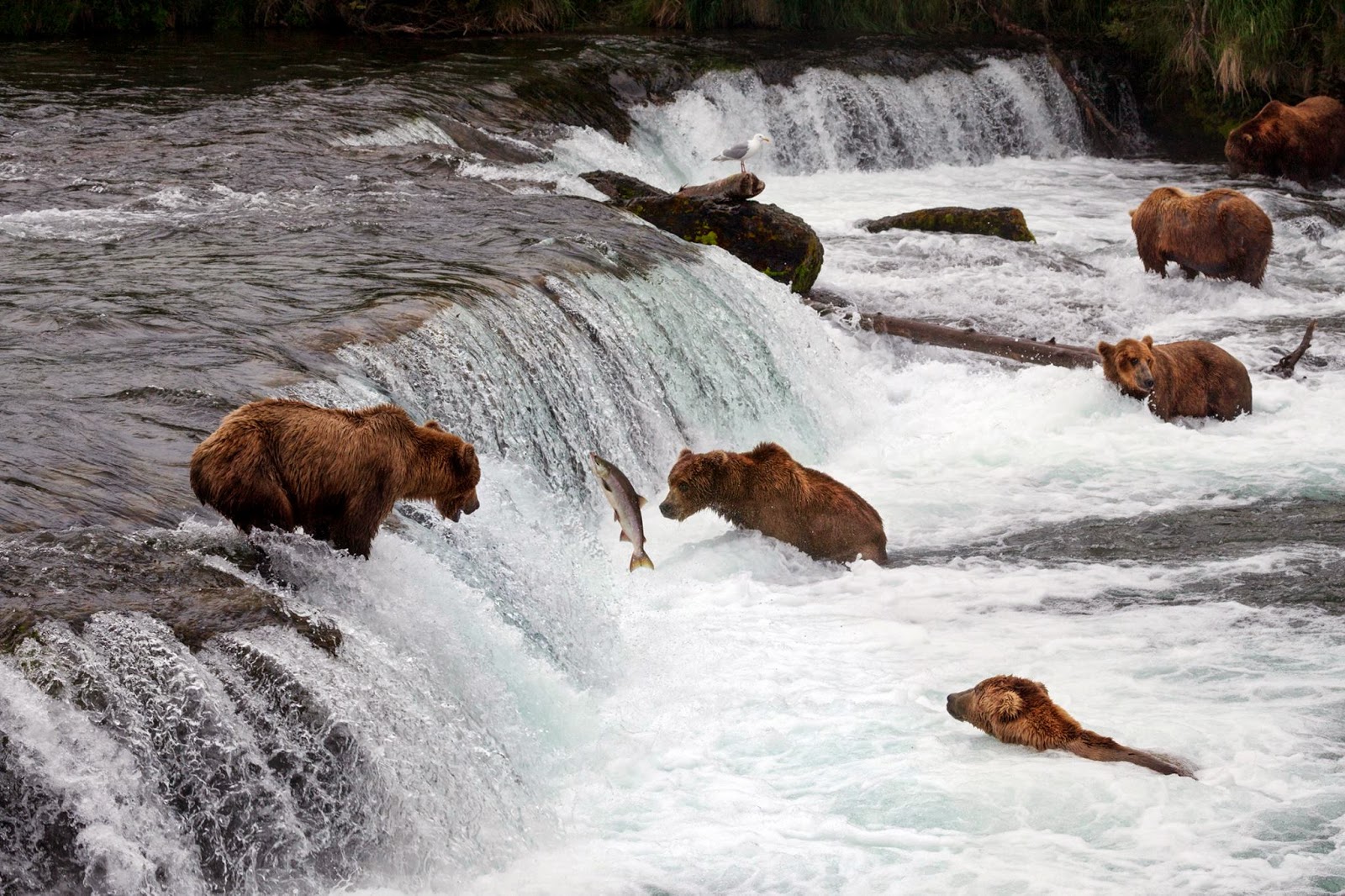 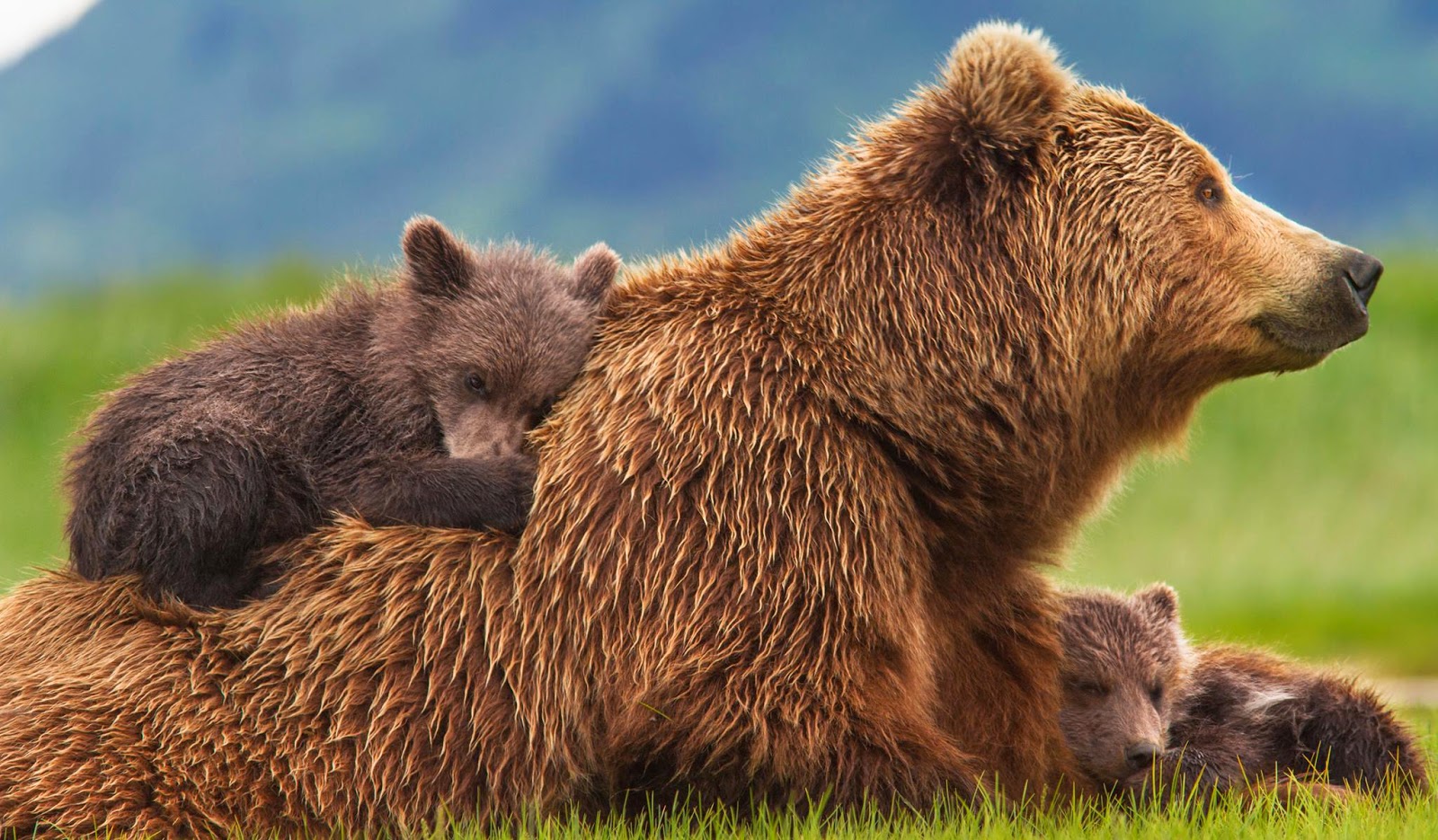 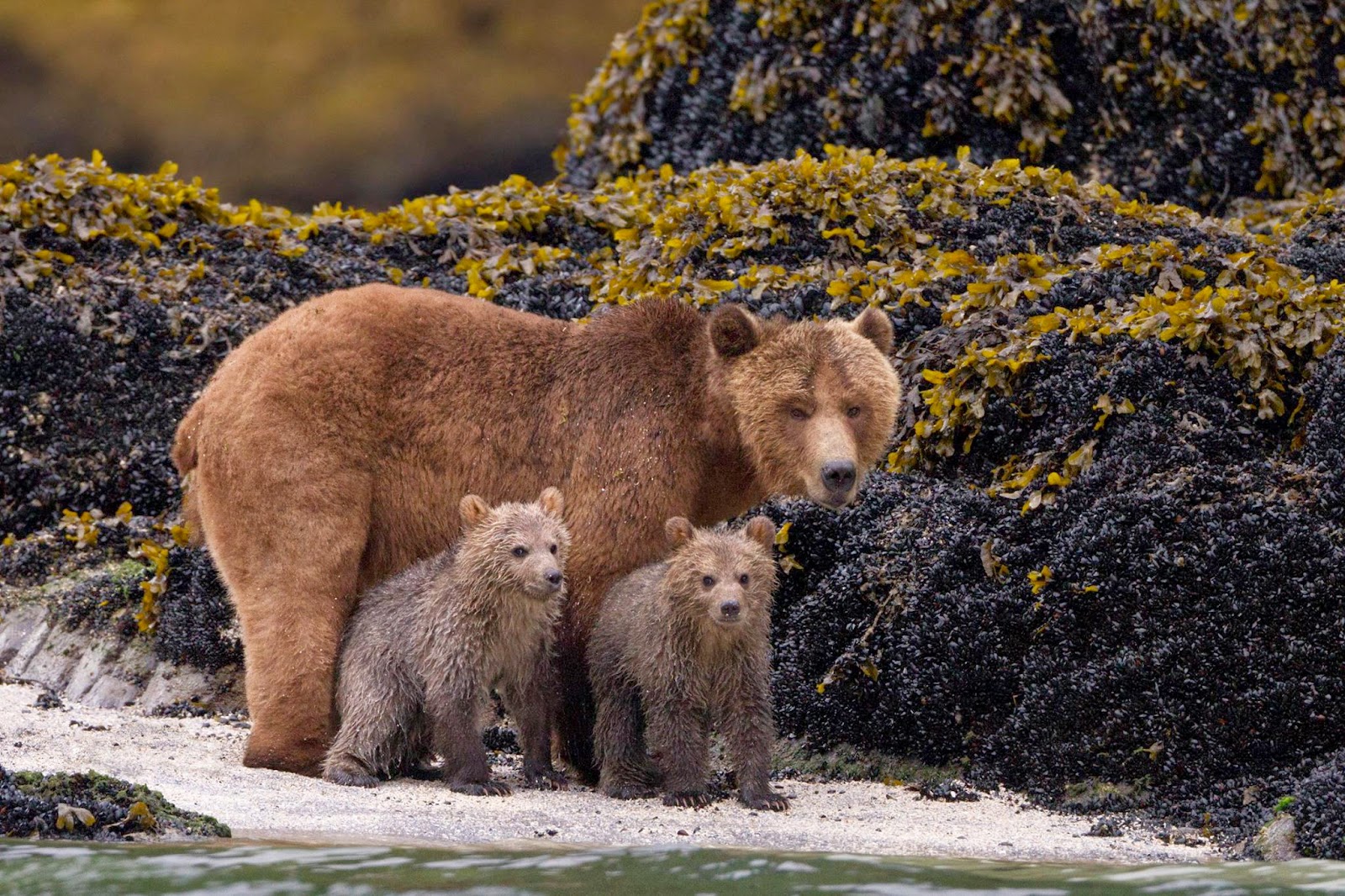 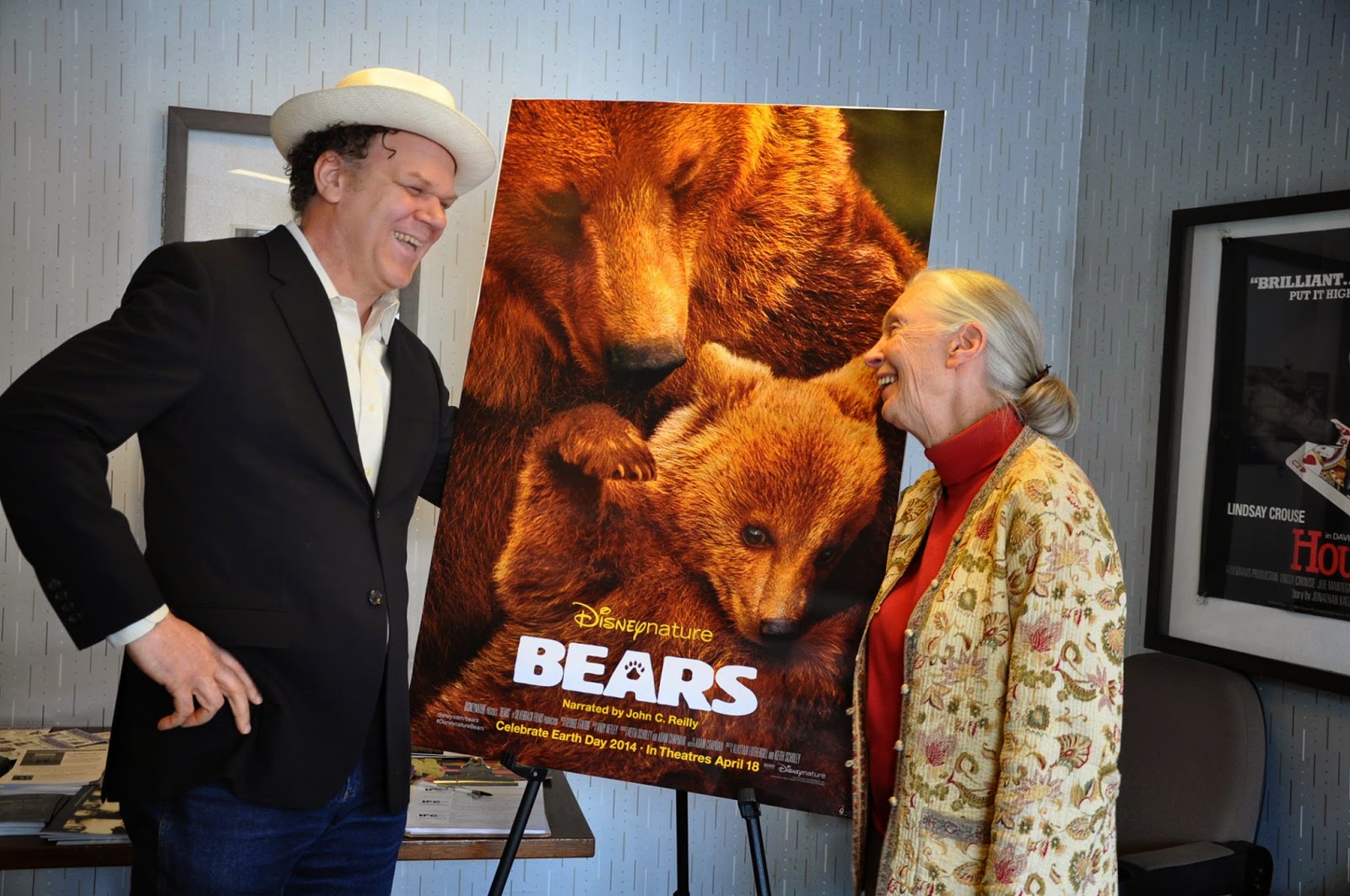 Aaron is a writer/reviewer for WhySoBlu.com.  Follow him on Twitter @AaronsPS4.
He also co-hosts a podcast, Out Now with Aaron and Abe, available via iTunes or at HHWLOD.com.
By Aaron Neuwirth
2014 Films Animals Disney Disneynature Documentary John C. Reilly
Reactions: