‘The Raid 2’ Puts Rama Back In Crazy Action (Movie Review) 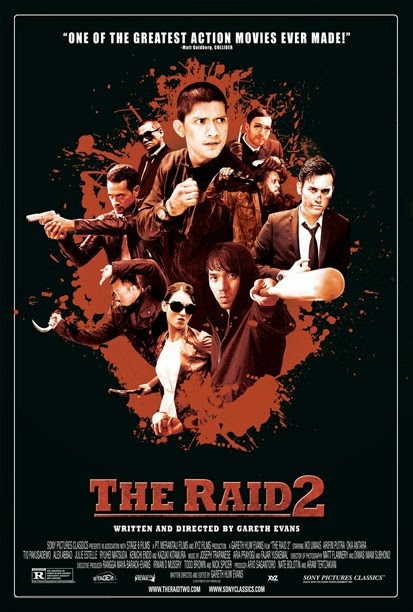 Rama:  It will be a few months.  You can’t know where I am.  And I can’t be seen anywhere near you.

When The Raid: Redemption hit theaters in America back in 2011, I was ecstatic over what it gave me.  Having looked forward to it for months, I felt like I was rewarded with a film that was one of the more visceral experiences I have ever had in a theater, complete with a great audience to experience it with.  It presented a ton of action, which included various fights, choreography, and filmmaking that I frankly had not seen presented in that manner before.  The story is not all that innovative, but it was immensely satisfying for me as far as what it was trying to do.  It was enough to earn a spot on my top 10 list that year.  Now we have the Raid 2: Berandal, which attempts to extend that visceral experience into something much grander, given the blown out nature of the plot, expansion of characters, and general chaotic feel of the action on display.  The result was another bloody good time at the theater. 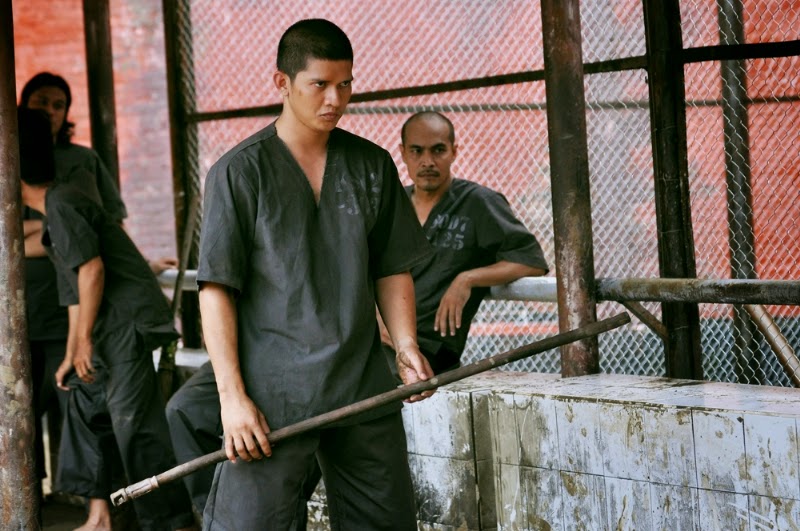 Picking up mere hours after where The Raid: Redemption ended, ‘Berandal’ continues the story of Rama (Iko Uwais), who has survived a horrific day inside a building, having fended off scores of attackers, only to learn that it was just the beginning for him.  For various reasons, Rama soon finds himself going deep undercover in order to take down the head of a crime syndicate.  This requires him being placed in prison, in order to build up a reputation amongst other criminals, so he can work his way up the ladder into the good graces of those he is required to take down.  During this journey, Rama must go through a number of big brawls in order to protect his identity and do his job.  This allows us to meet other characters in this world to, who are, of course, also adept at violence and mayhem.

For the record, “berandal” means thug and we see a lot of them over the course of this two and a half hour movie.  Some of them are insanely brutal people and others are just there to be brutalized.  The Raid 2 does not pull any punches in terms of delivering on hard-core violence and while the film is not for the faint of heart, there is a level of beauty in the viciousness on display in this beat-em-up.  Gareth Evans returns as writer/director, with a decision to truly expand on his vision.  While he reportedly had the idea for this story before ‘Redemption’, he now has a budget larger than a million dollars, yet still small enough to make this film feel like a DIY assemblage of very well-choreographed action sequences. 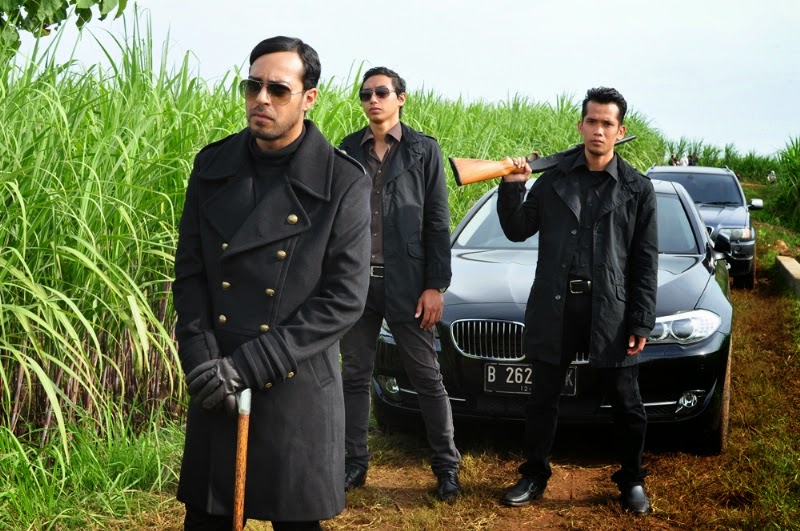 The first Raid film was had a very clear focus, with its video game-like plotting and structure made suitably more entertaining by the nature of the tone and atmosphere.  While that film certainly falls into the category of action, it was practically a horror film in the way it delivered.  We had a main character thrust into a nightmarish environment, where he was forced to take on multiple enemies every which way he turned.  The choreography was brilliant, as was the camera placement, which really maximized the impact of the chaos on display, but you could do some shifts in characters and some of the plotting, and suddenly it’s a crazy slasher-chase movie.  I say all this because The Raid 2 really feels like an evolution of the series, rather than a re-hash.

‘Berandal’ is less an action thriller and more a crime epic, with eyes on competing with such films as Infernal Affairs or Heat.  There is an issue that comes with this notion, however, and that is the idea of putting so much effort into convoluted plotting and determining whether or not this length was necessary.  If anything, it really feels like more of a spiritual successor to John Woo’s Hard Boiled.  There’s a film that is overlong too, but balletic in terms of its portrayal of action.  The Raid 2 certainly has a lot of action to deliver, but it is also heavily invested in its storytelling this time around, which is commendable, given how simple the first film was, but also tiresome, given how standard the crime plot is, measured against how much I am really supposed to care about these people and their crime families, as opposed to just seeing them beat the crap out of each other. 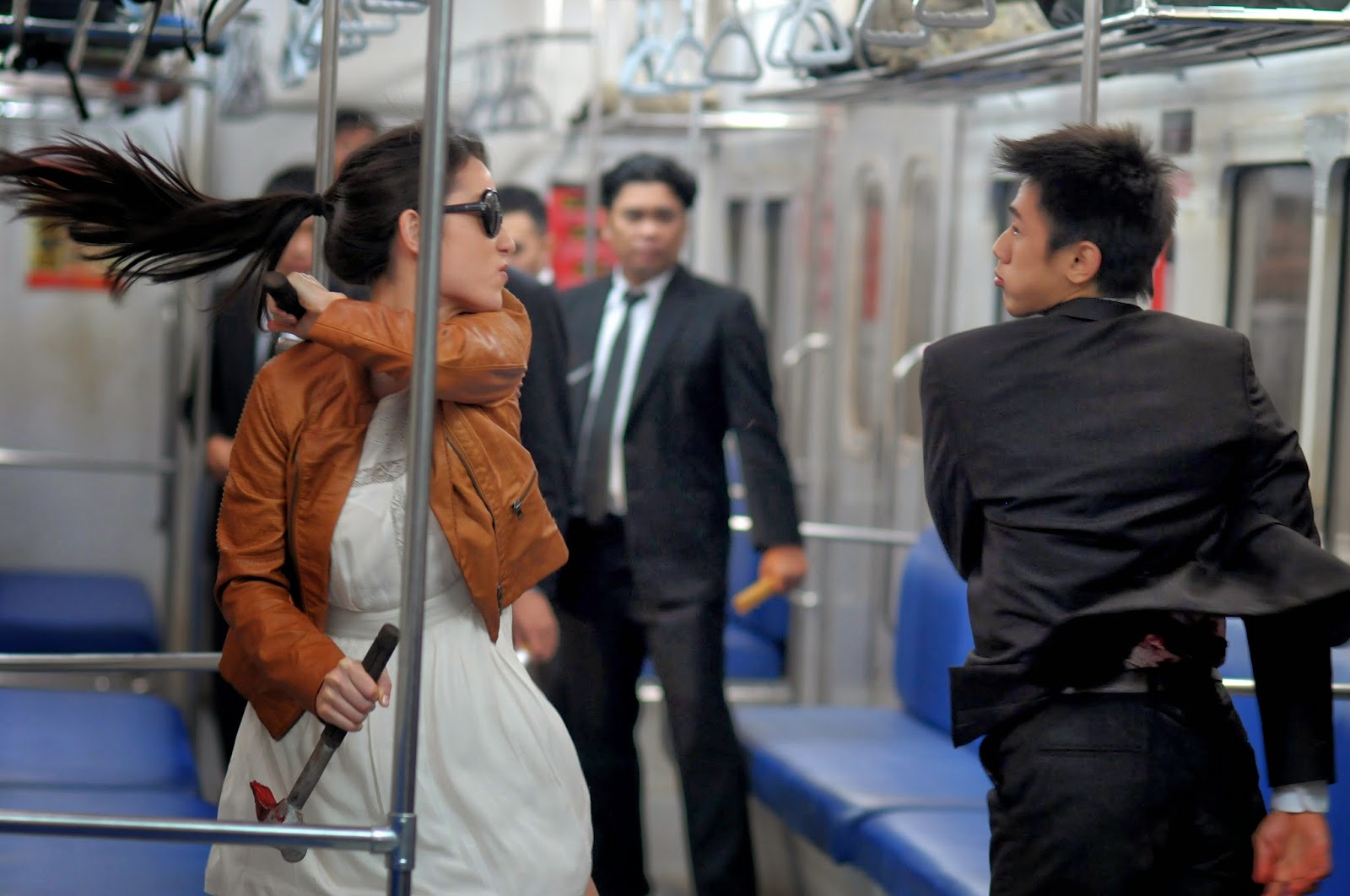 It is not a matter of arguing for a film to be ‘dumber’, but it does stand to reason to want be treated to either an incredible script to go along with the action mayhem, or simply be more restrained and deliver on the spectacle.  Needless to say, the script is not incredible, it’s serviceable, with some neat touches here and there.  To the film’s credit, Iko Uwais has a lot of screen presence and he sells the scenes of him delivering dramatic beats just as well as he delivers beat downs.  The acting, in general, is fine in this film and the story, while familiar, is decent enough to support itself, but the action in this film is basically too good for the audience to want to be bogged down in the intricacies of crime families.

Getting back to the action, it truly is amazing.  Both Raid films have now shown me things I simply have not seen before.  Without spoiling major sequences, I can just say there is a mud brawl that is practically operatic in its presentation; there is a car chase that is better than most recent driving-action sequences I have seen; and the finale is basically 40 minutes of shootouts, fights, and other elements that could make an action fan go nuts with excitement.  Evans has explained that he will eventually do a third Raid film, but I am excited to see what else he does regardless, if it continues to expand upon his prowess for delivering expertly filmed action sequences. 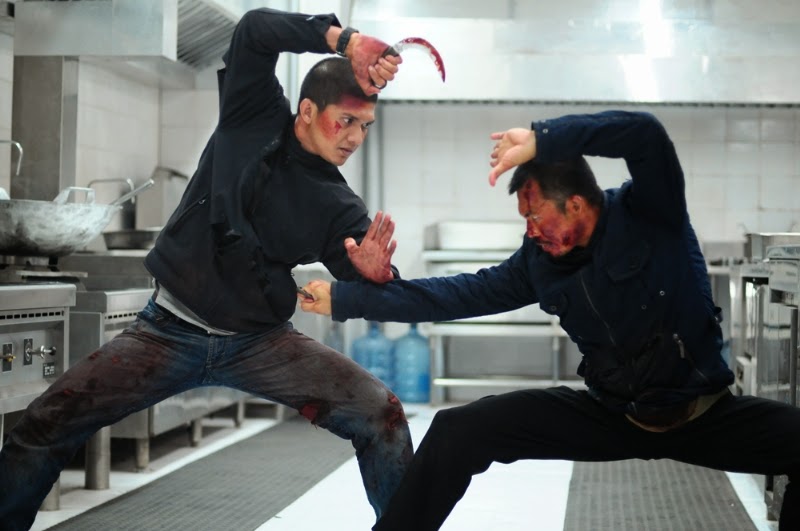 The Raid 2: Barandal is an impressive action feature, no question.  I may not have embraced the familiar, yet intricate plotting on as serious a level as Gareth Evans may have wanted me to, but I cannot deny that I got what I wanted in terms of the action and visceral quality that the first film similarly delivered on.  The film being overlong is its only real sin, but there is still plenty to admire in terms of how Evans was able to expand upon the first film, introduce plenty of what I see as “new” into the action world, and do it in a way that oozes personality, as opposed to being another bland action/thriller.  The Raid 2 did not feel like a punch in the face to fans of the first; it felt like a punch to someone else’s face, while leaving me watching from a distance and cheering its stylized craziness on.

Bunawar:  You’ll be retrained, given the skills to do what we need, when we need it.  For the good of this city. 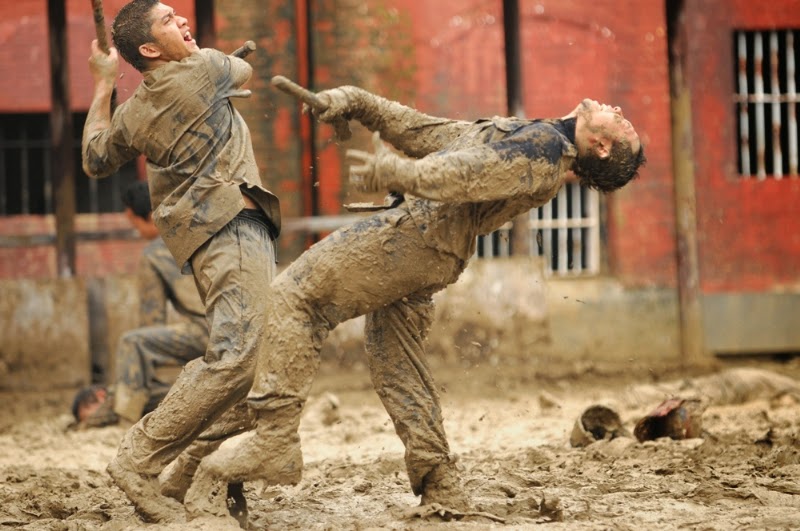 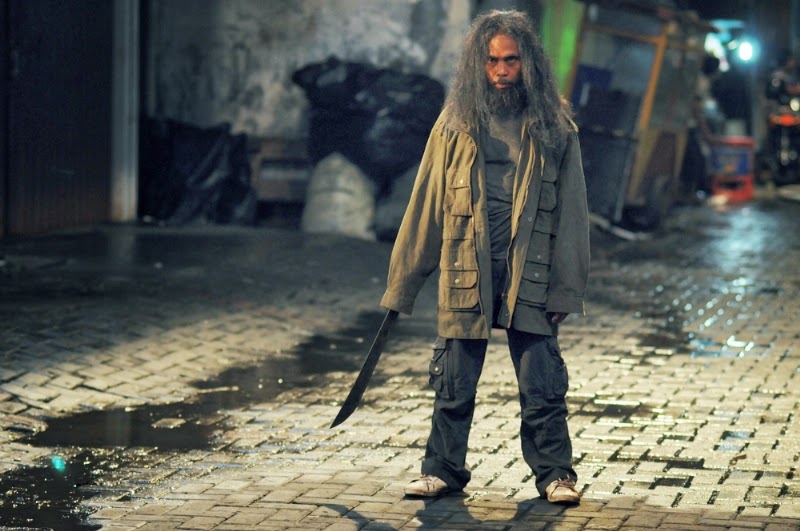 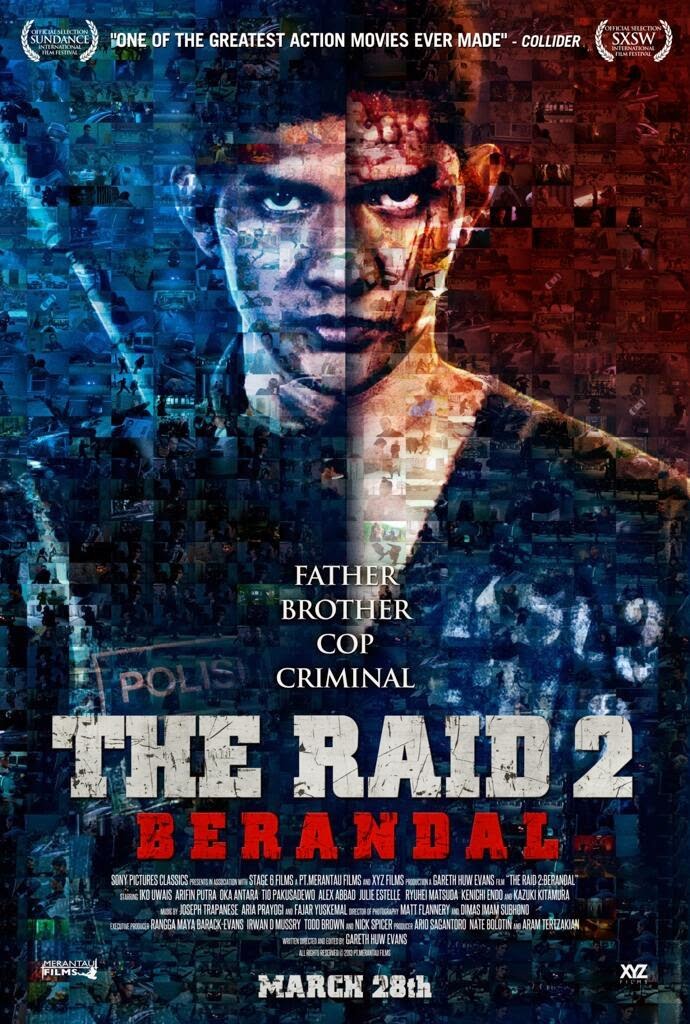 Aaron is a writer/reviewer for WhySoBlu.com.  Follow him on Twitter @AaronsPS4.
He also co-hosts a podcast, Out Now with Aaron and Abe, available via iTunes or at HHWLOD.com.
By Aaron Neuwirth
2014 Films Action Crime Drama Gareth Evans Iko Uwais Martial Arts The Raid Thriller
Reactions: