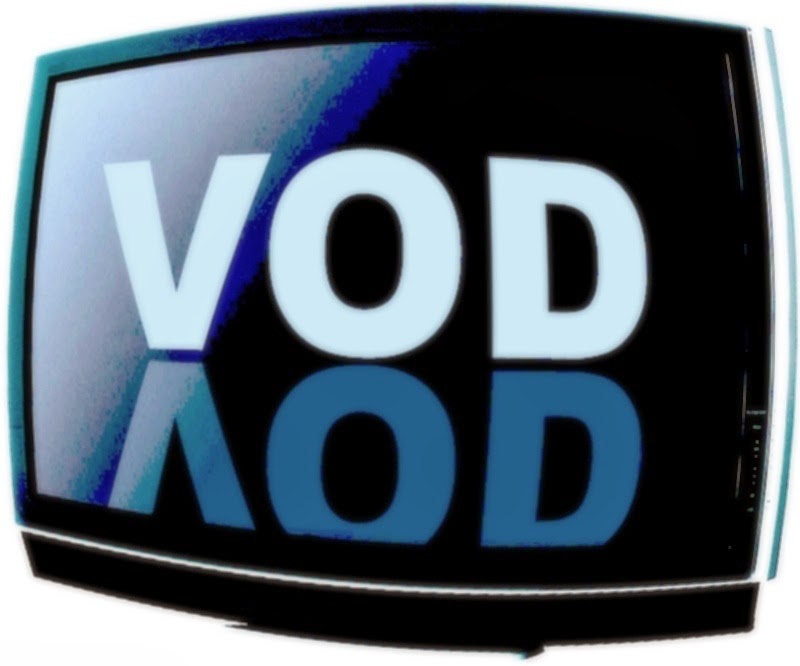 I really enjoy putting my reviews together.  I honestly wish I could delve deeper into certain movies, but alas, I get incredibly busy and can sometimes only deal with movies to a briefer extent than I would prefer.  This is why I write these occasional "Brief Thoughts" posts on movies I have seen, as I want to at least offer some of my own perspective on them.  They may not be as polished, but I can at least get my opinions out there.  This "Brief Thoughts" post is a round up of films I watched on VOD during March 2014, which includes Art of the Steel, Cheap Thrills, and Grand Piano. 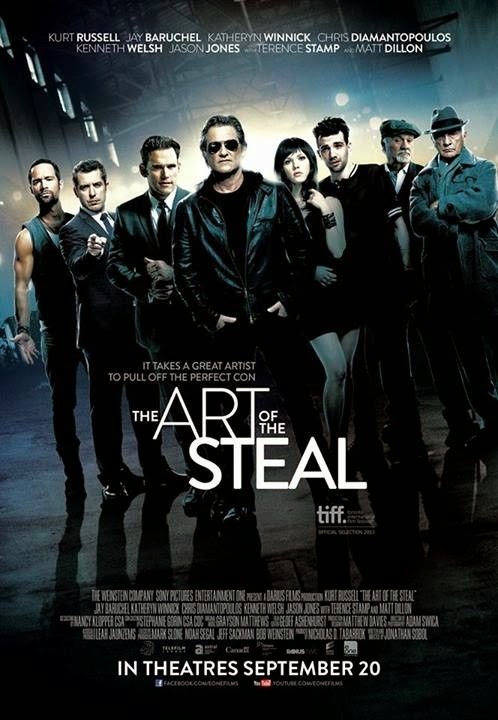 The most notable thing about The Art of the Steal is that it is the first starring role for Kurt Russell since Death Proof back in 2007.  That was enough to get me interested in this caper-comedy from director Jonathon Sobol.  The film also stars Matt Dillon, Jay Barachel, Chris Diamantopoulos, Jason Jones, and Terrance Stamp, which is a neat enough ensemble.  The plot is very familiar, as it involves con men and criminals planning a big heist, with the added twist that Russell and Dillon play brothers with a patchy history (Dillon basically put Russell in jail for several years).  The film follows the "one last heist" arc and there are plenty of twists and turns along the way.

It honestly depends on how much you enjoy this cast, when it comes to appreciating this film.  The Art of the Steal offers nothing new to the genre and feels like a blend of directors that Sobol has obviously been influenced by.  Similar to something like Lucky Number Slevin, which felt like a riff on Tarantino-styled dialogue, blended with a Roshamon-like approach to storytelling, The Art of the Steal feels like Tarantino, Guy Ritchie, and Steven Soderbergh's Ocean movies have all been rolled into one fan's screenplay, despite not approaching what those filmmakers have to offer in terms of quality.  That said, the film does look slick enough and the cast has good chemistry.

There is a quirkiness to having Kurt Russell play a motorcycle riding getaway driver named Crunch Calhoun that made me smile and I always like Matt Dillon.  Jay Baruchel adds plenty of energy as well, which is reflected in the outtakes seen in the credits, as he had a knack for making Russell laugh apparently.  These are all aspects that make the film passable overall.  The twists are not all that clever, but its an enjoyable 90 minutes nonetheless. 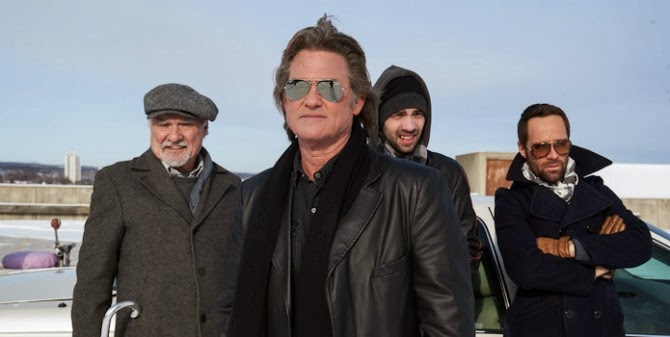 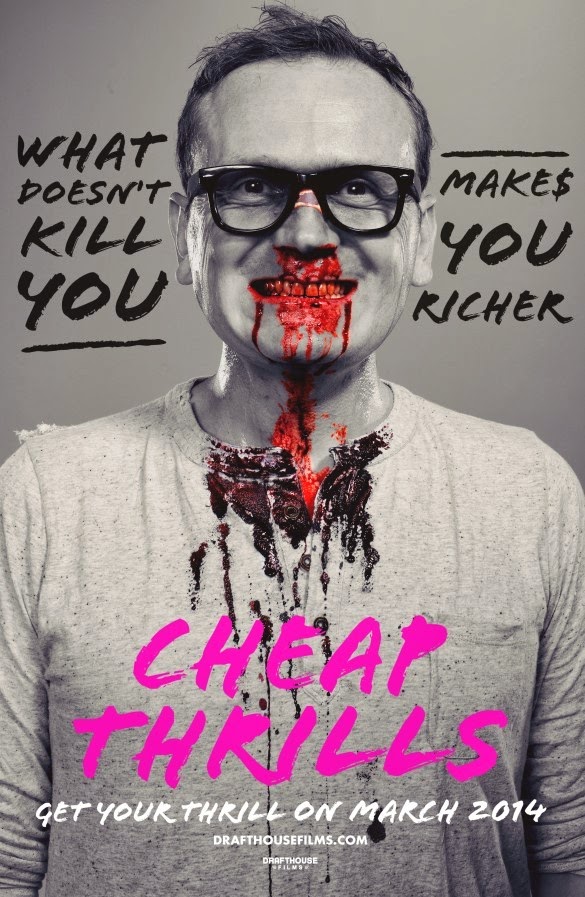 I should note that while I technically saw this at a screening in Los Angeles, Cheap Thrills is going to be mainly seen on VOD, but I heartily recommend watching it with friends, as it benefits greatly from a larger audience watching it together.  This is a film that exploits the degradation of men, who battle for money by way of silly challenges, but it is incredibly well made from a directorial standpoint and features strong work from the quartet of actors involved.

Cheap Thrills stars Pat Healy as a guy with a wife and kid, dealing with money problems.  He has an eviction notice on his door and has now lost his job.  While drowning his sorrows at a bar, he is found by an old friend, played by Ethan Embry.  Embry's character is clearly a thug, emphasizing how these two have drifted apart over the years.  The two are put into a strange scenario when a man and his young wife (David Koechner and Sara Paxton) star throwing cash their way, as long as they take on silly bets.  The bets start out simple enough (flirt with a girl and get slapped), but soon escalate to crazier levels (cutting off an appendage).  This makes the guys go to deeper and deeper levels of darkness as they fight with each other over the larger and larger amounts of money being offered.

While not for the faint of heart, Cheap Thrills also does not go out of its way to disgust viewers, it merely presents some strong imagery to reflect the craziness of what these people go through in an effort to entertain themselves and find success in horrible ways.  There is an interesting level of social commentary here (which can be said for Hostel as well, making it sad that many write it off as simply torture porn, when there is a lot more going on in Eli Roth's very clever screenplay), but it is all made better by the commitment of the actors.

The direction by E.L. Katz is solid, as the film is set in only a few locations and is mainly built up of dialogue, but the actors really shine in the way they balance the humor with the darker elements.  David Koechner, in particular, is completely in the zone and far away from Champ "Whammy" Kind of Anchorman, as he flies between hilarious to devilish in the way he presents these challenges.  Paxton and Embry are quite solid as well, but it is Pat Healy who really delivers on the growing desperation of his character, adding multiple layers to a film so simple in concept.

Yes, this film has some content that will be hard to forget or forgive in some cases, but it is a damn strong dark comedy/nightmare, worthy of being seen by those interested in something twisted, but also very clever. 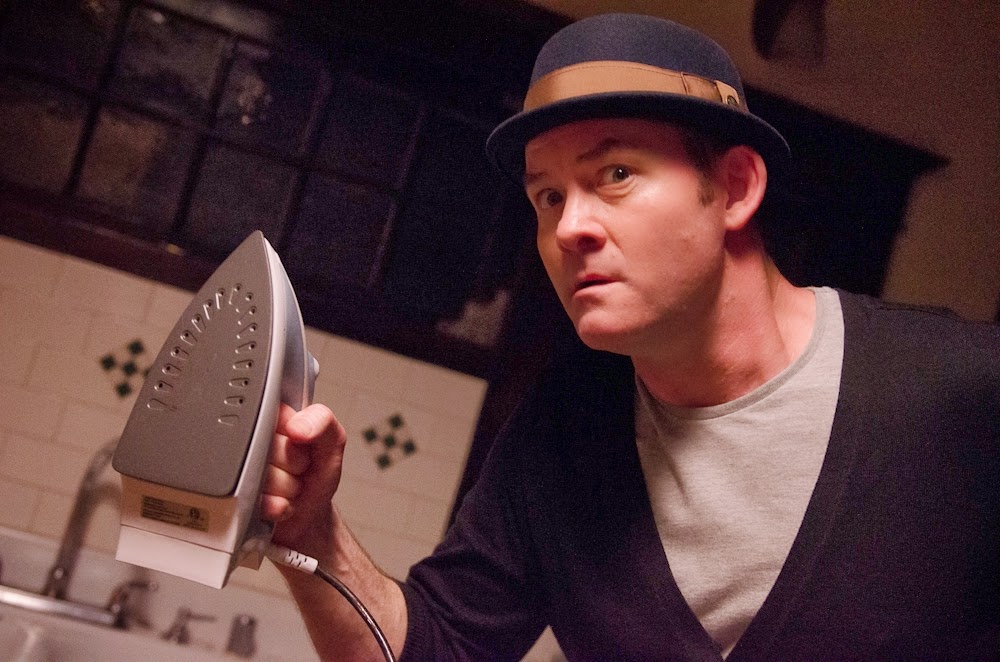 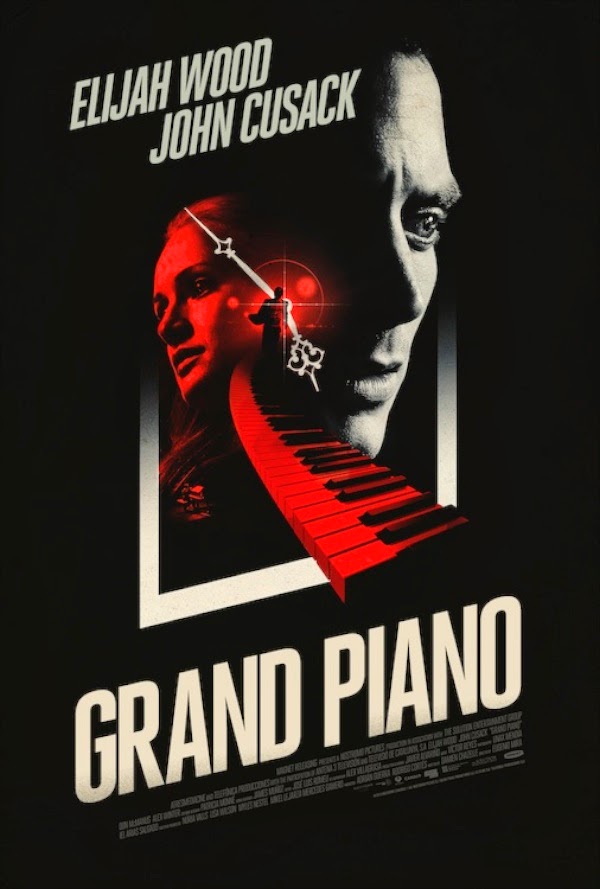 Grand Piano is one of those amazing high concept films that surprises you based on how it manages to last for feature length, while keeping you gripped and excited by what it has managed to accomplish.  The idea is simple - a concert pianist must perform a piece perfectly or else a sniper will shoot him in the head, in front of a live audience.  There is more to it than that, but you can basically call this Speed meets Phone Booth or Die Hard: Orchestra.

Elijah Wood stars as the pianist in question.  He has just returned from a long hiatus and is incredibly nervous as it is, but the sniper played by John Cusack, who communicates to Wood's character through an earpiece only makes things worse.  There are more machinations at work here, including supporting characters such as Kerry Bische as Wood's celebrity wife and Alex Winter (of Bill & Ted fame) as an employee of the theater, but it is all too good to reveal in terms of why they matter.

Writer Damien Chazelle and director Eugenio Mira have constructed a very clever B-movie thriller that never lets up and they do a fine job of keeping the stakes high.  Sure, there is something very silly about the concept, but the film has a lot of fun with making it work out, undercutting tension with moments of dark humor, providing a dynamic view of a concert pianist performing under pressure, and adding enough twists and turns to make for an exciting conclusion.  This is the kind of silly thriller that would make Hitchcock applaud, were he not to think of it himself first. 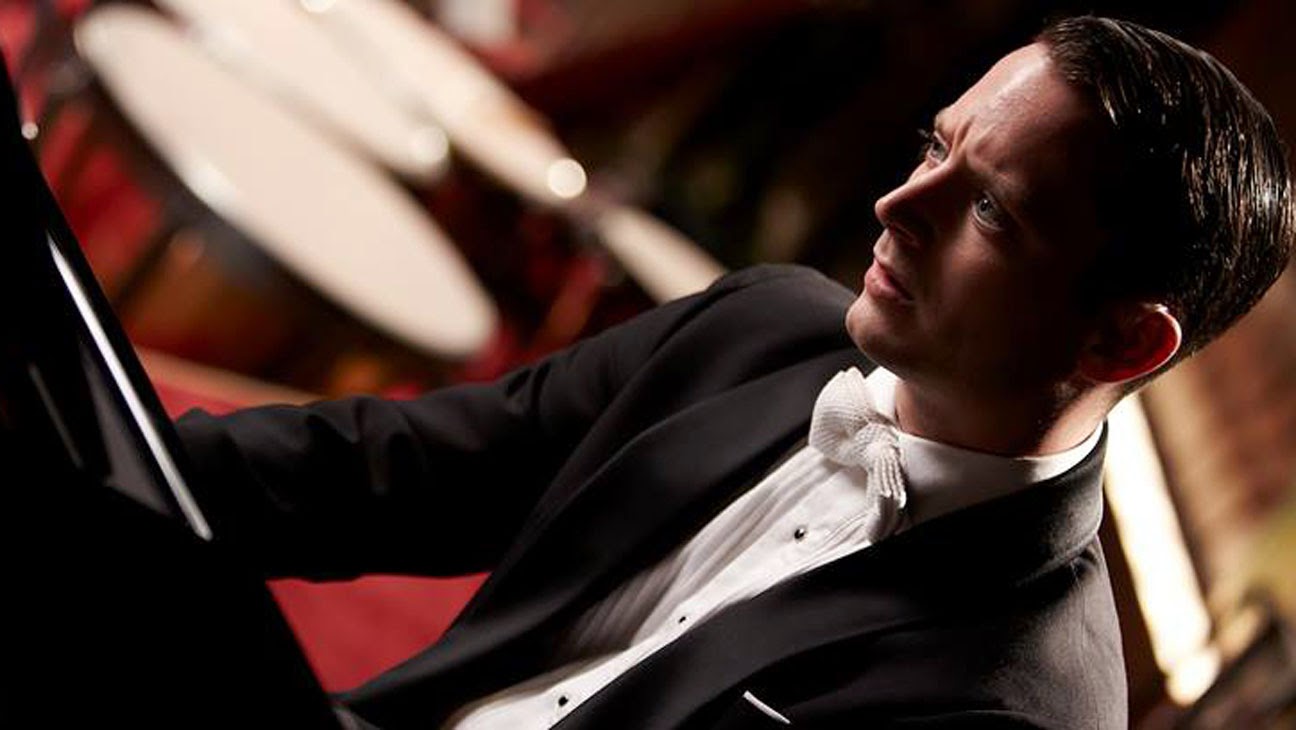 All three of these films are currently available on Video OnDemand and online various streaming and download services.