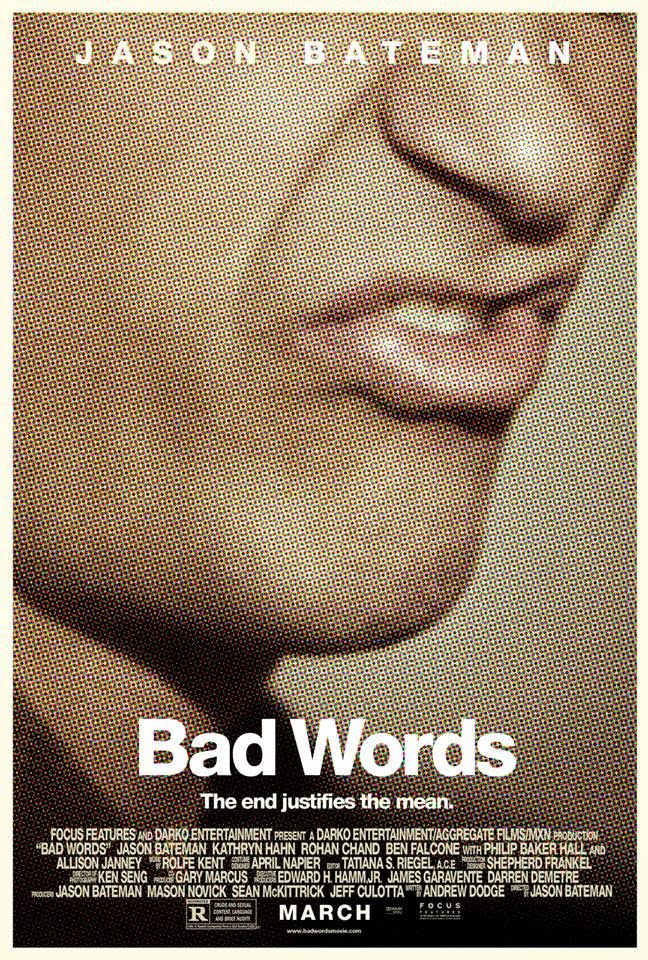 Jenny:  Why, at age 40, have you decided to annoy educators, parents, and children by forcing your way into a kid’s spelling bee?

Bad Words has a good logline:  A middle-aged man competes in a national spelling bee.  It helps that the film is quite funny.  The humor is certainly of the pitch-black variety, with a good dose of raunchiness thrown in as well, but having the spirit of an indie at least lends Bad Words some distinct credibility.  It is not as sitcom-y as something like Bad Teacher, but it does not reach the anti-commercial chaos that was the hilarious Bad Santa either.  Still, Jason Bateman does a fine job in front of and behind the camera, in an effort to make this dirty little film enjoyable; even if he does spell out the themes a bit too plainly. 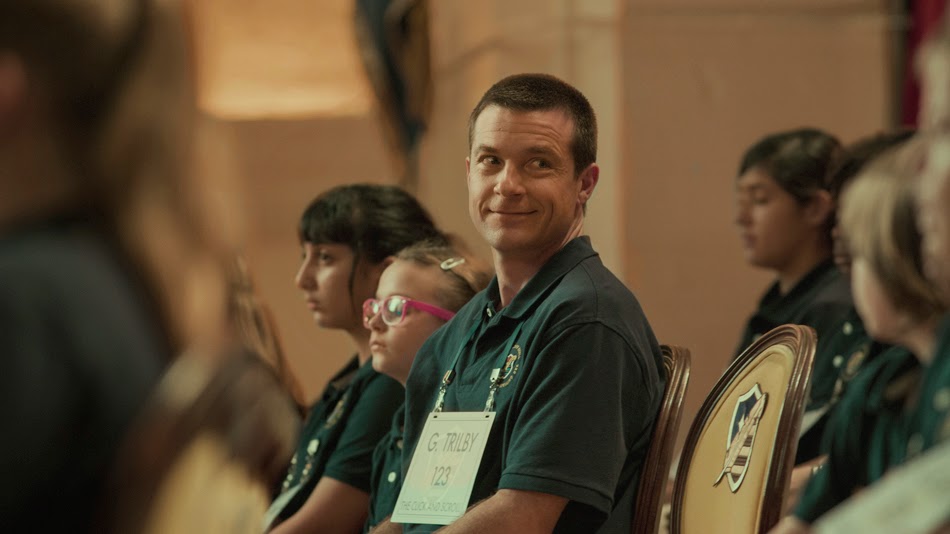 Bateman stars as Guy Trilby, a 40-year old, middle school dropout, on a personal quest to win the National Quill Spelling Bee.  Guy has worked his way through various loopholes to ensure his legitimacy in a competition fit for kids that are a fourth of his age and he has easily pissed off everyone involved by doing so.  Included in that group is Jenny Widgeon (Kathryn Hahn), the reporter following Guy around to build up an article on this story.  Allison Janney and Philip Baker Hall play officials in the competition who are also annoyed at Guy’s presence.  The one standout is Chaitainya (Rohan Chand), a young boy and fellow competitor who wants to befriend Guy.  Guy, of course, has an agenda in mind, but the build up to why is filled with many tough words, many bad words, and a lot of dirty tricks.

At about 85 minutes without credits, Bad Words gets exactly the kind of mileage one could expect from this premise, without going too far with it.  Even if the film’s climax delivers on the broader comedy, rather than playing up a cleverer way to deal with what the film has been leading up to, Bad Words is fine with reveling in its audacious humor.  What helps is the strong chemistry Bateman has with everyone in the film, despite being such a jerk to almost all of them.  It also doesn’t hurt that he is given a fairly interesting character, who is portrayed as a mystery, with the film revealing more and more about him, as it goes along. 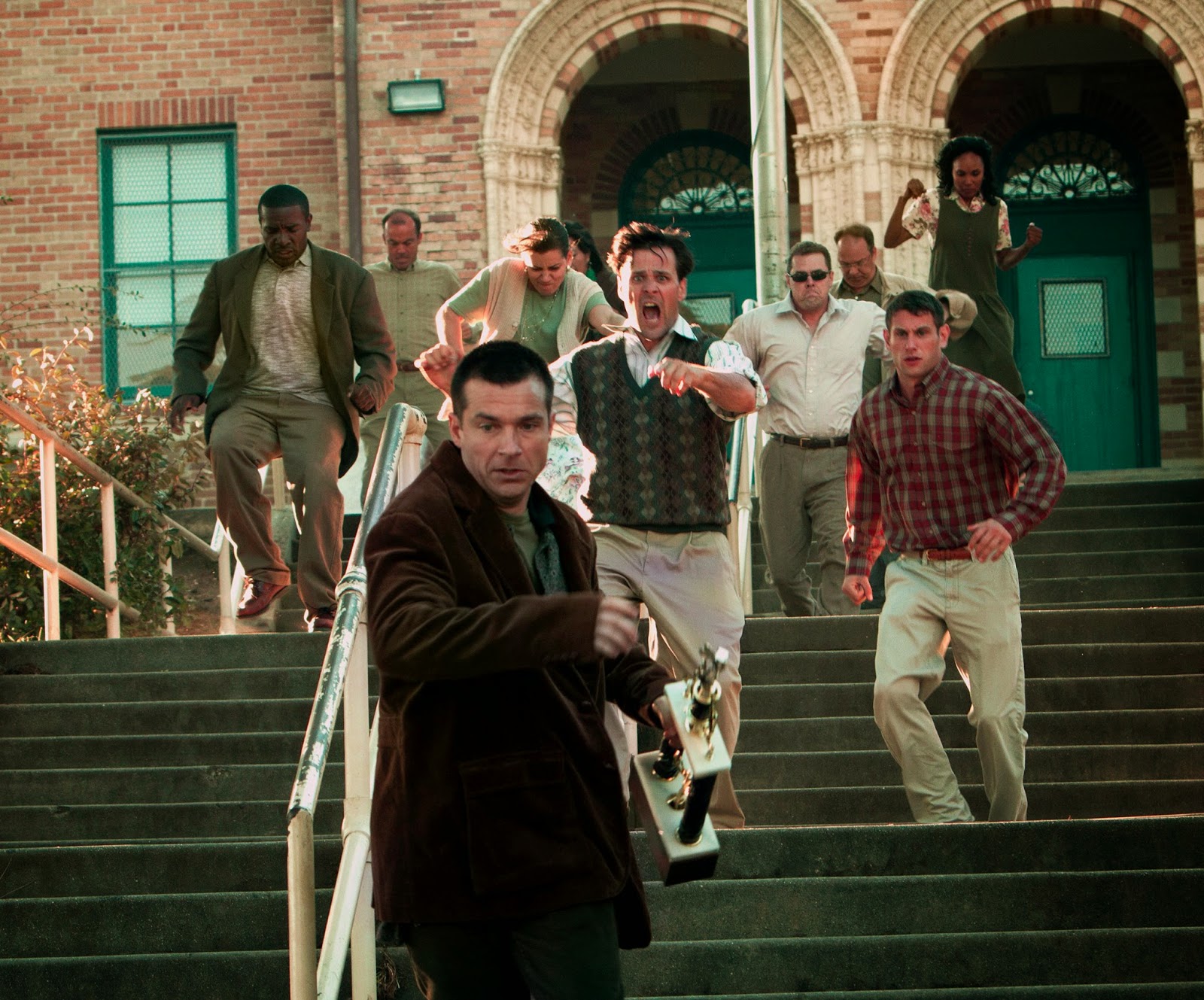 The screenplay by Andrew Dodge has a wicked tone fitting for the film, but the film is notable for not only having you get behind its anti-hero, but the fact that its anti-hero is also the director.  Jason Bateman has made his directorial debut here and he shows some flair behind the lens.  Not that Bad Words is a film that really needs stylish touches to become something amazing, but there is a way for a film like this to look flat and uninteresting, which is not what I saw here.  The use of slow motion in some instances and the saturated color palette is one thing, but way Bateman goes about framing his characters to better convey who they are is a clever touch, let alone the portrayal of the actual spelling bee competition.

A highlight of this film will obviously be Guy’s friendship with Chaitainya, as it works on the old adage of an irresponsible adult befriending an innocent, young lad.  They get up to the kind of mischief that is completely inappropriate for a little boy, but the film is funny in the way it does not back down.  No, the things these two do together are not horrifying, but they are pretty silly, yet come in service to humanizing Guy’s character more by allowing him to open up to someone.  Chand delivers quite well in a role that requires him to play both a friend and a rival, in terms of the competition.  The rest of the supporting cast is solid too, with characters that both try to get on Guy’s good side and others who do everything they can to try and stop him. 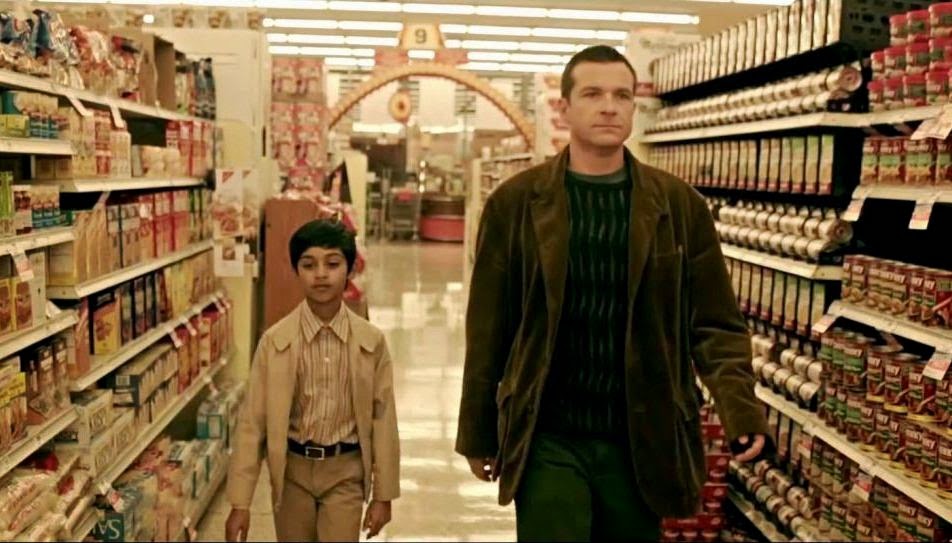 With a solid script and a strong performance by Jason Bateman in the lead, Bad Words works as a film overall.  It helps that the film has the strengths of other actors as well, along with some solid direction from a debut directorial turn by its star; most importantly though, the film is quite funny.  It has a level of dark comedy and some introspection placed upon the lead character, but it all leads to an entertaining little movie, with some good laughs.  Plus, there are some really tricky words put on display here.  I mean, when would you ever think "appoggiatura" would come up in a conversation?

Guy: I'm not that good at thinking things through and that's why this plan was so shitty. 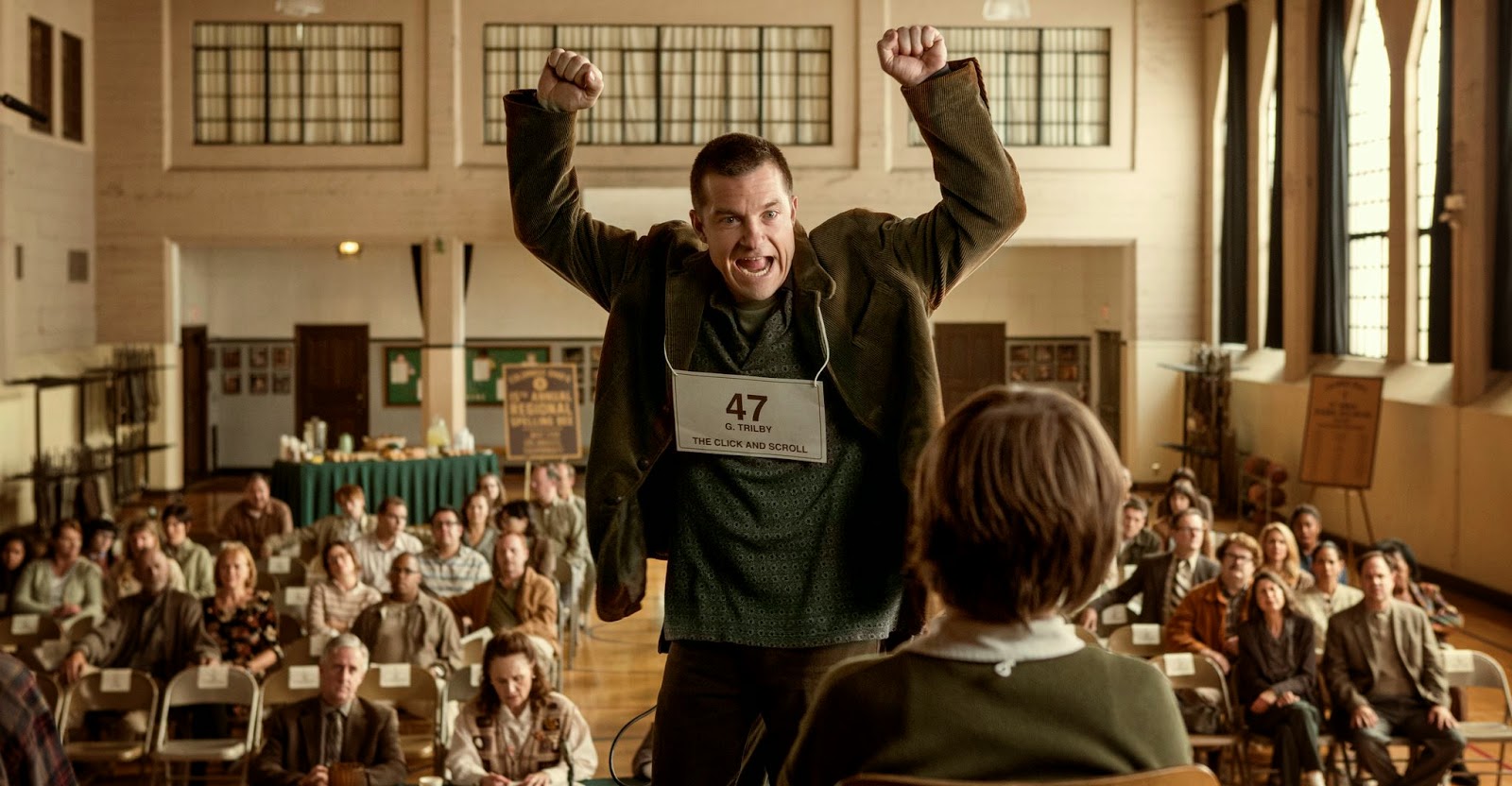