A Duo From Way Back, ‘Mr. Peabody & Sherman’ Has Been Reimagined (Movie Review) 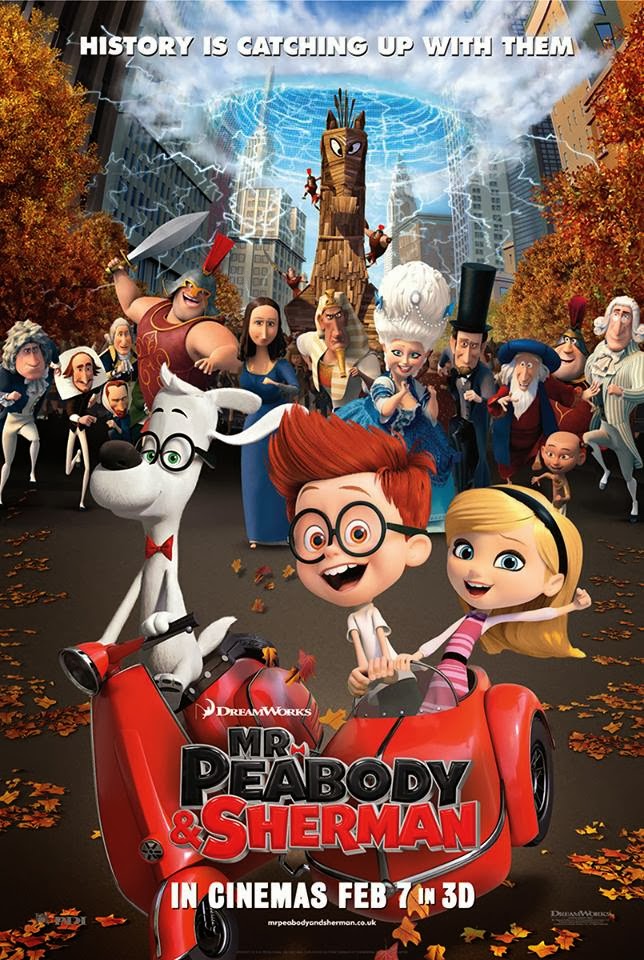 While I was never a big fan of The Smurfs, among other older cartoons that have since been turned into animated features, Peabody’s Improbable History, which was a part of The Rocky & Bullwinkle Show, was a series of skits that I always found entertaining.  I haven’t watched Peabody in years, but seeing this new 3D CG version of the concept brought memories flooding back into my mind, once the animated, bow-tied beagle started delivering puns so cringe-worthy they would then become kind of hysterical.  It is not often that I consciously take nostalgia into account, but Mr. Peabody & Sherman won me over by not only providing a fast-paced, time traveling adventure comedy with humor for all ages, but also jogging my memory with thoughts of an old cartoon that I enjoyed a bit more than expected.

The opening of this film is basically a re-introduction to a character that the intended audience will have likely never heard of, beyond the giant ad-campaign leading up to this film.  Mr. Peabody (voiced by Ty Burrell), is basically the smartest being in the world.  He is a talking dog, but that has not stopped him from achieving all sorts of records and inventing all sorts of gadgets and concepts.  Additionally, Mr. Peabody has an adopted human son, Sherman (Max Charles).  While not as smart as his father, Sherman is happy to accompany Mr. Peabody in a machine known as the WABAC (pronounced “way back”), which travels through time and allows the two to observe various significant events in history.

I started to enjoy what was on screen fairly quickly, as the intro to the film is film led to what amounts to one of the regular skits one would see in the original cartoon.  Of course, it is now 2014 and animation has come a long way, allowing for the once fairly plain and un-dynamic looking Peabody and Sherman to now look like crisp and clean CG characters fit for a DreamWorks Animation film.  While having the aesthetic of a fairly basic DreamWorks cartoon, Mr. Peabody & Sherman is a blast of colorful fun in the way it delivers these characters and the different periods in time that they travel too.  The film is not all that visually challenging, compared to something like The Lego Movie (nor is it nearly as good), but it is a fine upscale from the older days and makes good use of the (basically required) 3D element. 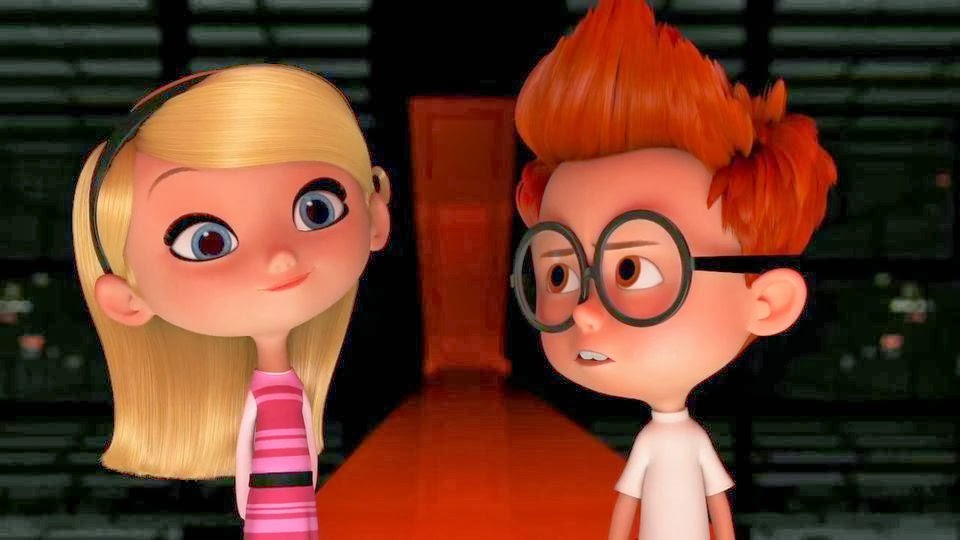 In addition to Burrell and Charles, who play nicely off each other (even if they weren’t recorded together), the cast is made up of a number of notable stars, including another Modern Family alum, Ariel Winter.  Winter voices Penny Peterson; a classmate of Sherman’s who kicks the story into motion, after pushing Sherman to show her the WABAC, which leads to time-travel trouble.  Stephen Colbert and Leslie Mann voice Penny’s parents.  Allison Janney voices a school counselor.  And then you have Stanley Tucci, Lake Bell, Patrick Warburton, and Mel Brooks voicing various figures from history.  It is a good group of stars.

Now having the talent is one thing, as all of DreamWorks’ animated features tend to have solid casts, but the humor is another.  Mr. Peabody & Sherman is not quite the comedy spectacle other animated comedies have proven to be, but it shoots zingers and puns out to the audience at a consistent pace and lands a good portion of them.  The film has a lot of fun with the humor it manages to mine from the various places in time that these characters travel to and while some of it is very obvious, it is handled in a way that managed to produce a smile from me more often than not.  And again, the puns that this film contains managed to hit in just the right way, as far as preserving the feel of the original series, while still playing to the audience of today. 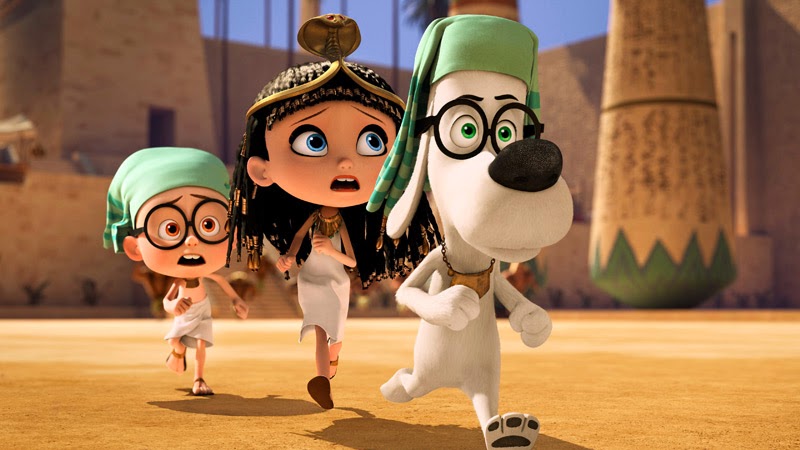 Obviously a film like this is a collaborative experience (as all films are), but director Rob Minkoff and writer Craig Wright did a fine job of developing a way for this film to function beyond a random series of adventures through time.  The arc of this story involves something that never seemed all too important to the original cartoon – the relationship between a dog and his human son.  There was a level of warmth that I found to benefit the film quite a bit, when it came to exploring the relationship between Mr. Peabody and Sherman.  While the film ends up stretching itself a bit thin, which does not allow for one of the big “message” scenes to hit as strongly as it could, I still found myself caring about the father/son story, thanks to what the film provided and how effective Burrell was at investing emotion into the fairly stuffy Peabody character.

Mr. Peabody & Sherman does not have wacky side characters that can produce endless spin-offs, but the time travel aspect does suggest this film could be the start of another animated franchise.  Regardless, I had a good amount of fun with this updated blast from the past.  The humor is more hit than miss and the film moves at a quick enough pace, while allowing audiences to really absorb the very cartoon-y visuals on display.  There is very little in the way of cleverness when it comes to the time travel logic, but there are some tiny amounts of wit in the history jokes, and of course you also have the puns.  It works for a family audience, even if it is coming between the releases of The Lego Movie and another delightful-looking Muppets adventure.

Mr. Peabody:  Why can’t children be simple?
Leonardo da Vinci:  Children are not machines, Peabody.  I tried to build one, it was creepy… 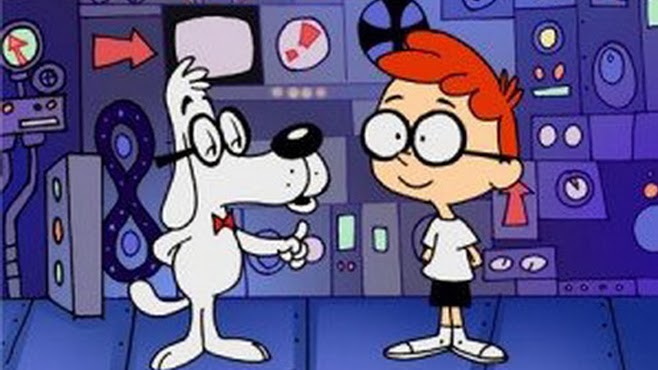 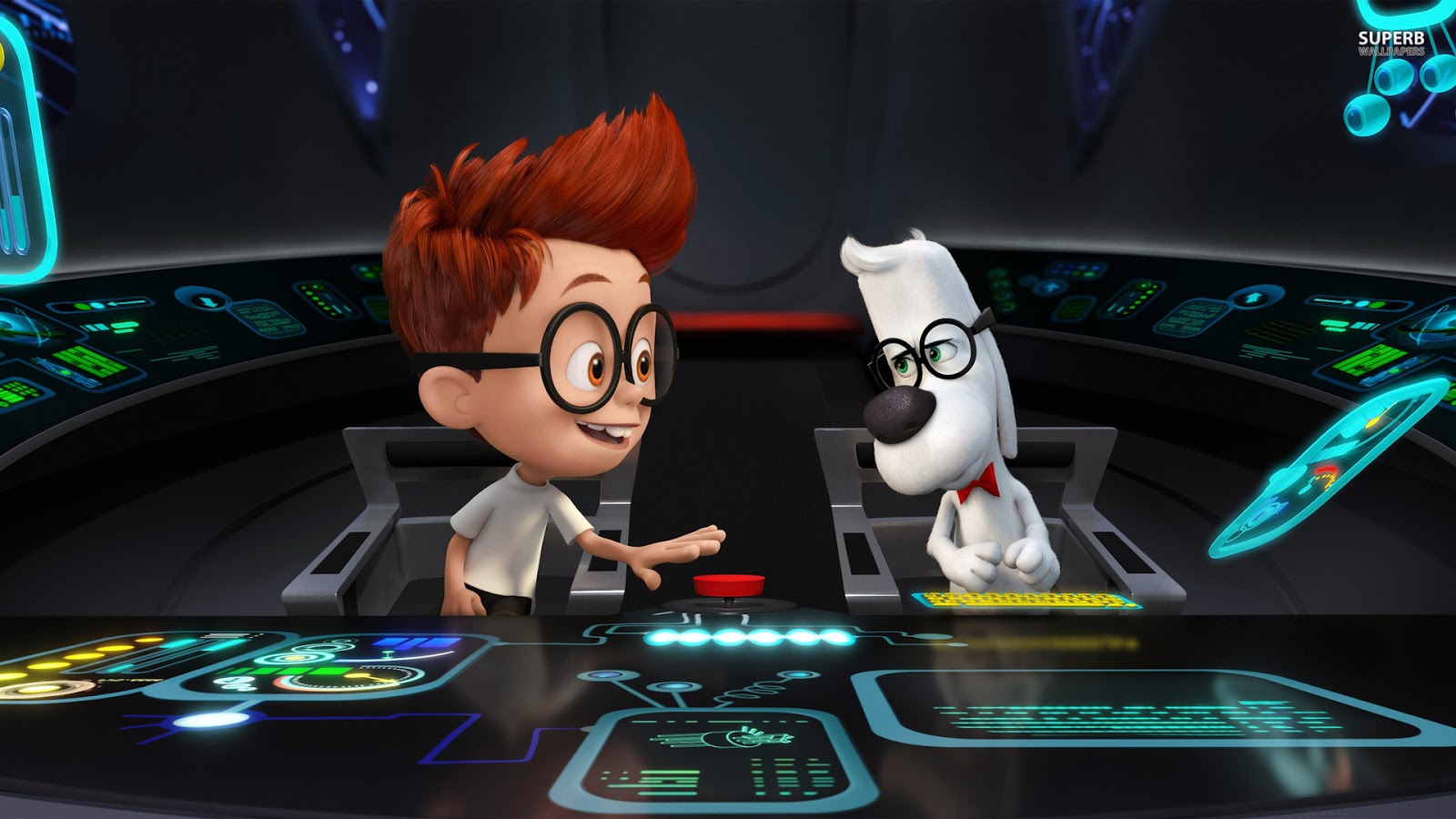