‘Vampire Academy’ Is A School For Losers (Movie Review) 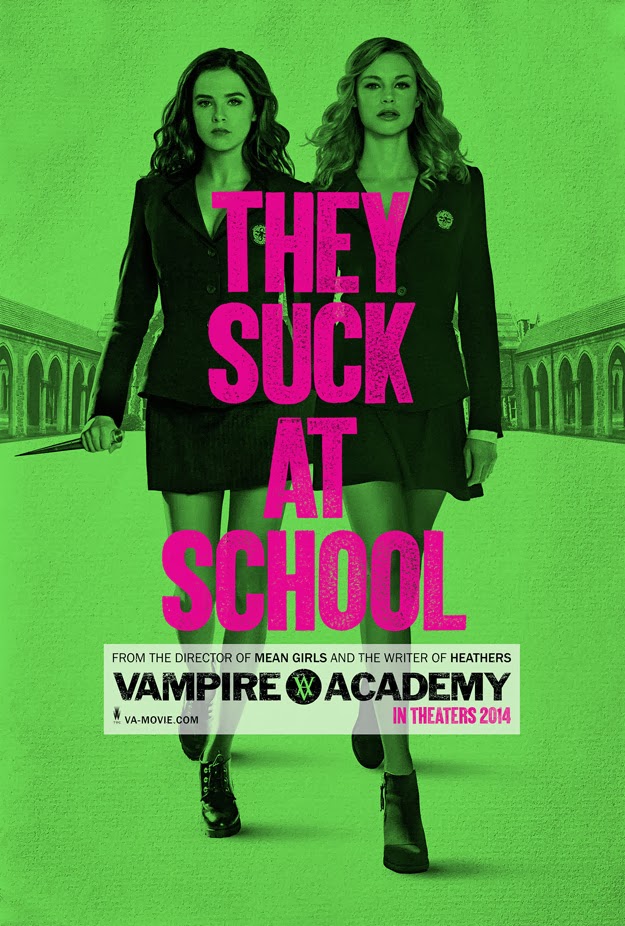 Rose:  A female - especially one who lives off of blood and magic - is going to have her mood swings.

Vampire Academy seems like it could have been a fun mix of meta-humor surrounding the recent wave of vampire and young adult novel themed-culture and satire dealing with high school drama.  Unfortunately, this new film based on a young adult, paranormal romance book series (which I assume is a best-seller, because they all seem to be, regardless of whether you had ever heard of them before), has very little to offer in terms of wittiness, craftiness, or shrewdness.  The film provides merely one character that has any life to bring to the film, two actors on the adult side to try and ham it up, and a ton of exposition that makes you feel like Vampire Academy will be providing you with a Scantron for the exam that takes place once the film ends.  I can say right now, I didn’t take many notes. 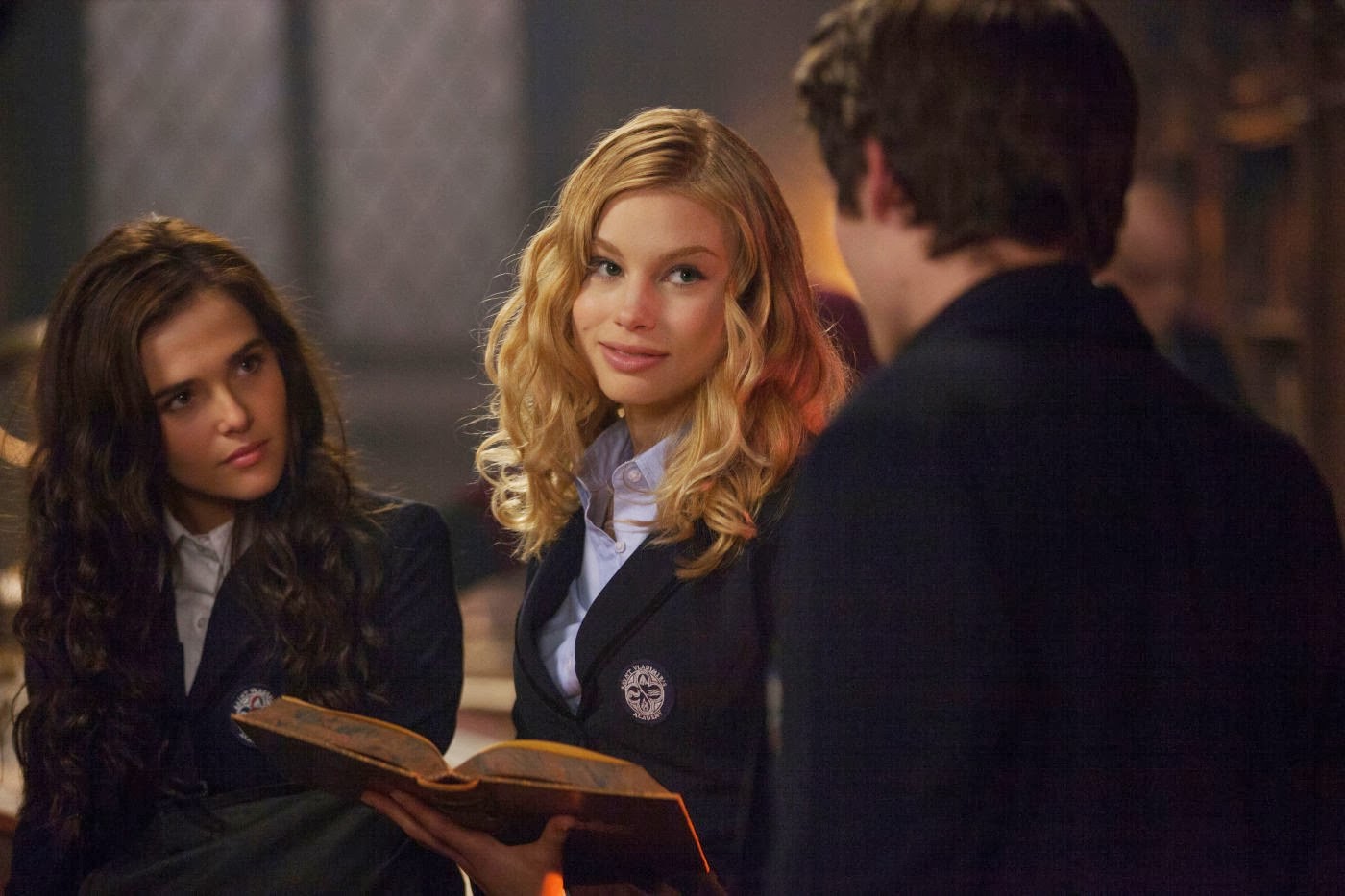 The film stars Zoey Deutch as Rose Hathaway and Lucy Fry as Lissa Dragomir.  Both are students at St. Vladimir’s Academy, which is a school for young vampires and the half-vampires who protect them.  The vampires study magic and are all mainly descendent from various royal vampire families.  The half-vamps study combat to learn how to become guardians and protect the vampires from another class of vampire that are like totally way more evil than the ones at St. Vlads.  The plot is fairly familiar, as it revolves around Rose and Lissa dealing with regular high school drama, such as gossip, rivalries, boys, and the occasional murder conspiracy involving small animals.

Best case scenario, Vampire Academy could have been an underseen flop, much like 2013’s Beautiful Creatures, another film based on a young adult, supernaturally-inclined book series.  That film was a mix of interesting characters, humor, campy acting from the adults, gorgeous scenery, and a central romance that worked because of the chemistry between the two leads.  Vampire Academy does not have any of this and ends up looking like a failure, which will no doubt be underseen, based on the lack of much promotion at all.  It is a bit of a shame, as there are many ideas in this film, which could have led to something far more interesting, but every time Vampire Academy could zig towards something intriguing, it zags instead. 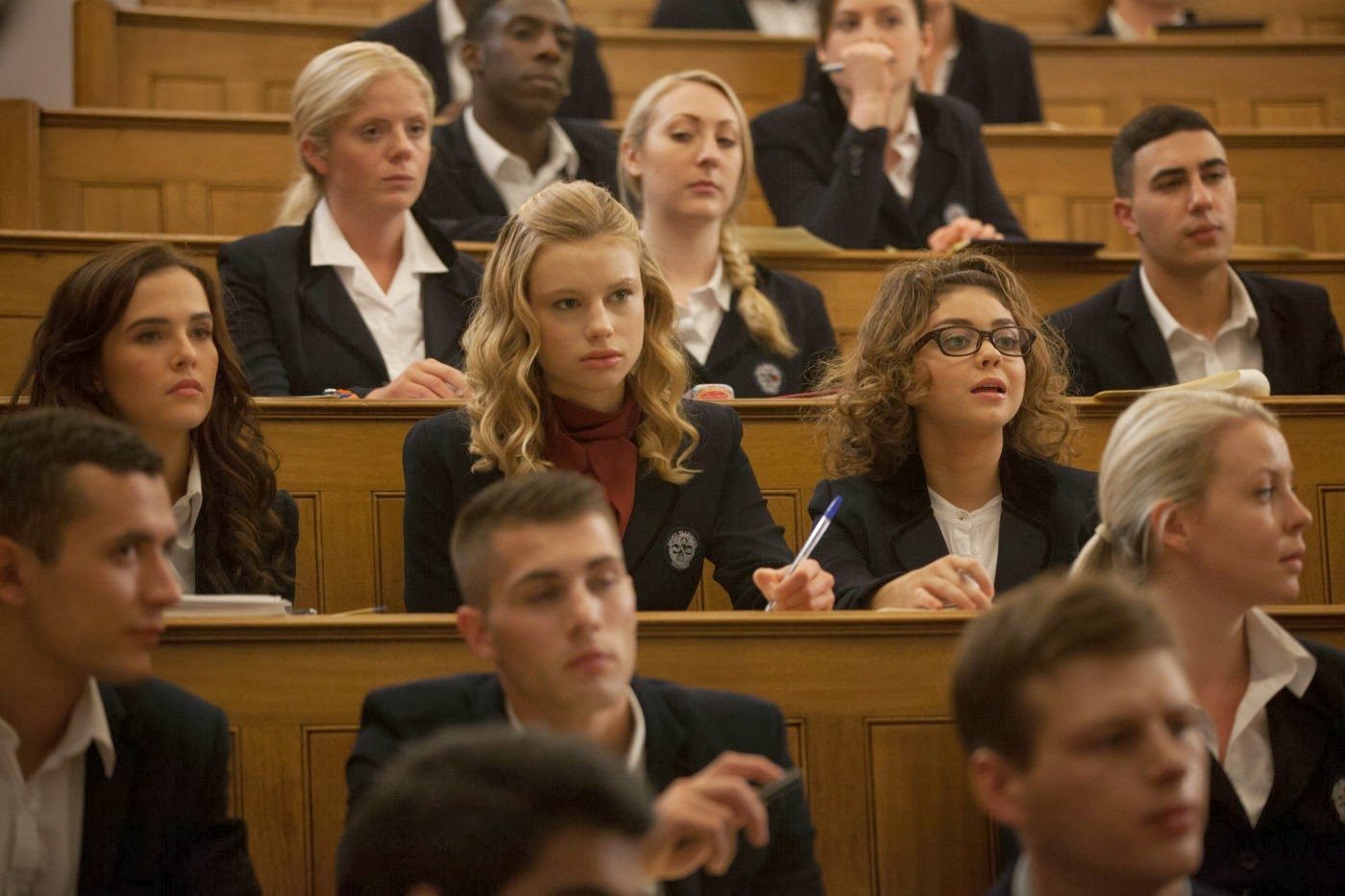 There are good people behind the curtain.  Based on the first novel in Richelle Mead’s book series, the film’s screenplay was written by Daniel Waters, who also wrote the satirical and very dark high school comedy Heathers.  The film was directed by Daniel’s younger brother Mark Waters, who also directed the more recent, satirical high school comedy Mean Girls.  Unfortunately, Vampire Academy is lacking the energy and style it needs to fit into that category of film and feels more like work from the guy who wrote Hudson Hawk and the guy who directed Mr. Popper’s Penguins.

I would not be surprised if a ton of the film was edited down to make something more reasonable in length, but if that is true, there must have been a lot of good bits taken away to get through the massive amount of exposition that is found every step of the way.  So much of Vampire Academy is focused on telling you who people are, what the rules of the world are, and what could lead to something else if some other thing happened.  Were the film to find the time to pause and relax with the characters, it may not have mattered as much, but when it does take a few moments to pause, the film has very little craftiness up its sleeve, despite dedication to its humorous tone, which is commendable.  This practically suggests that a TV series would have been much more appropriate, but that would also require a lot more characters to root for and not just one. 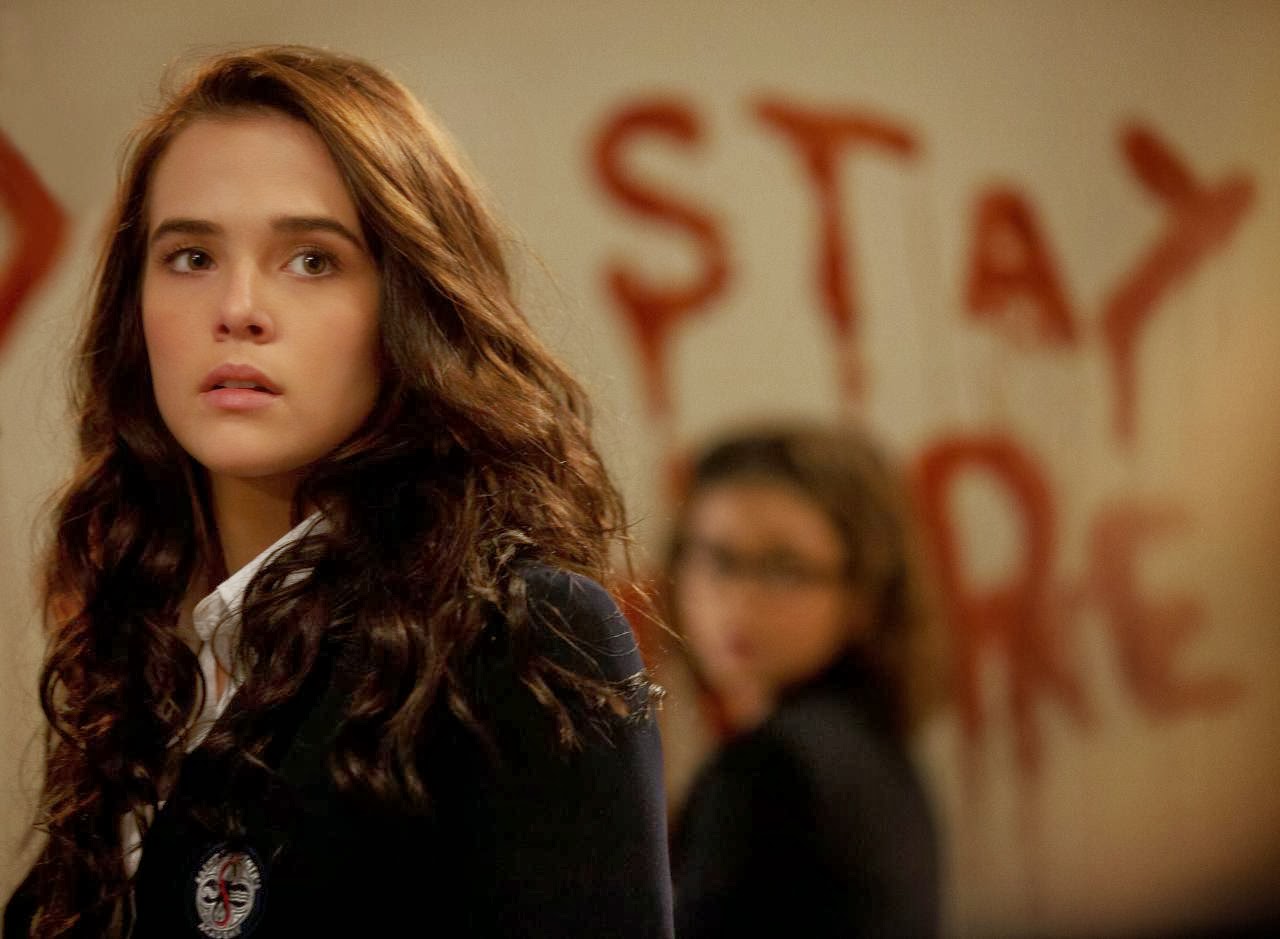 The one thing that almost saves this film is Zoey Deutch’s character, Rose.  Deutch is a spitfire with the right attitude for this film, but she unfortunately has all the good lines and has no one to match her in clever bantering, which makes the film feel off balanced quite a bit.  While the film tries to hand over a cheap excuse why Rose is basically a better character than everyone else, that does not take away from the amount of energy that Deutch brings, despite the attempts by every other character, excluding Gabriel Byrne and Olga Kurylenko (yes, they are both in this film), to drain it of life.  I would also mention Modern Family’s Sarah Hyland as a more spirited part of this film, but she is given too little in this film to do.

One could think a certain level of credit could be thrown Vampire Academy’s way, given that it is a female driven narrative, with an emphasis on the friendship between Rose and Lissa.  Sadly, even this aspect is only partly on point, as there is so much focus on the moody and broody guys that lead in to different subplots, making it hard to try and support what it at least tried to do.  On the Lissa side of things, we get to see her drama between dealing with her old boyfriend and her potential new boyfriend, who I can only hope was ironically dressed like Robert Pattinson’s Edward.  On the Rose side, she is dealing with a crush on her brooding guardian teacher, the trench-coat wearing Dimitri (Danila Kozlovsky).  There is only one real obstacle in the way of these girls figuring out the main mystery sooner and that is them dealing with these “boy” issues. 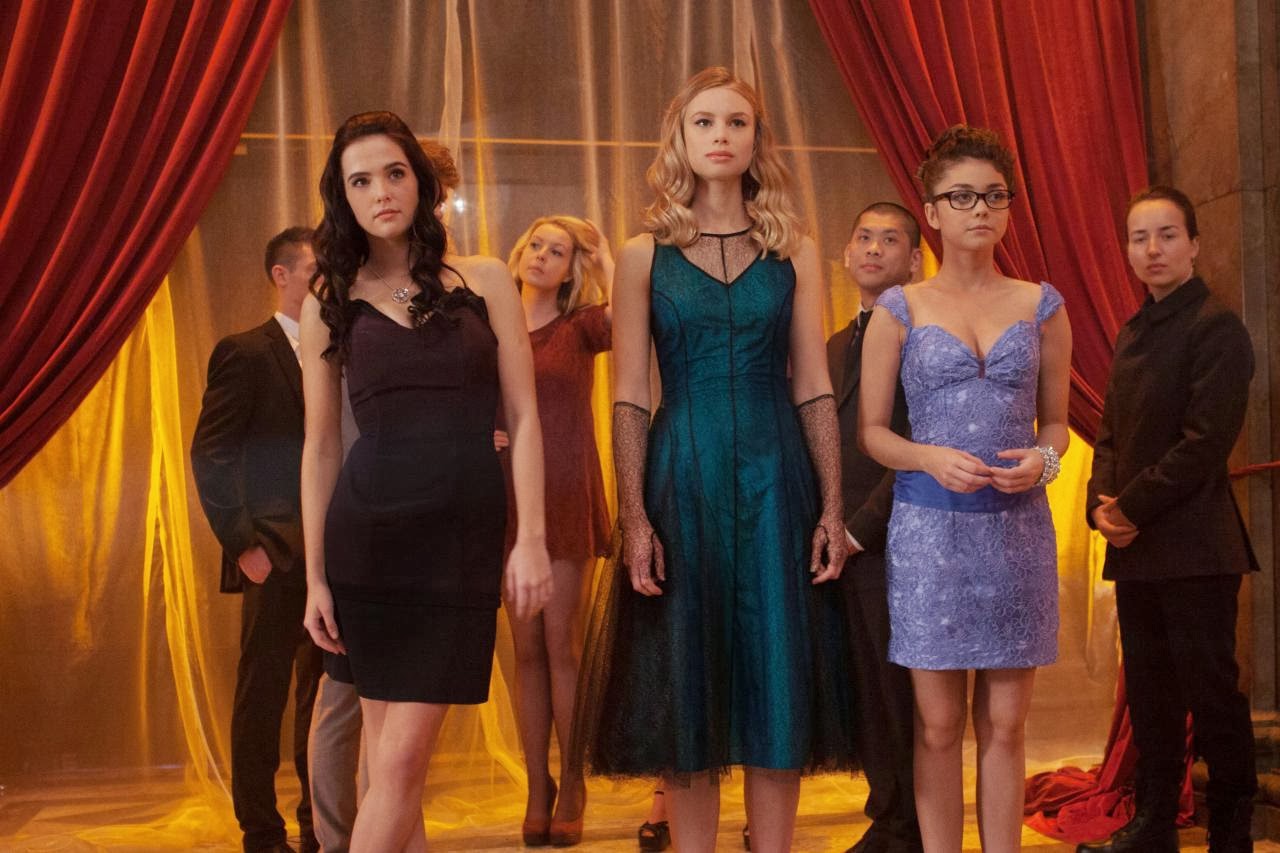 To be blunt, Vampire Academy sucks.  The potential was there, as that was what brought me to seek the film out, but it has little going for it to make it stand out from the many other supernatural teen novels brought to life and even less to make it feel like one that was underrated.  One solid performance and Gabriel Byrne hamming it up in old man makeup was not nearly enough to make this film a good one and judging by overall reception, I am doubting the other five books will be making their way to theaters any time soon.

Rose:  I don't know what's going to happen tonight.  At this point, I can't remember who loves us and who hates us.  Let's make tonight our bitch. 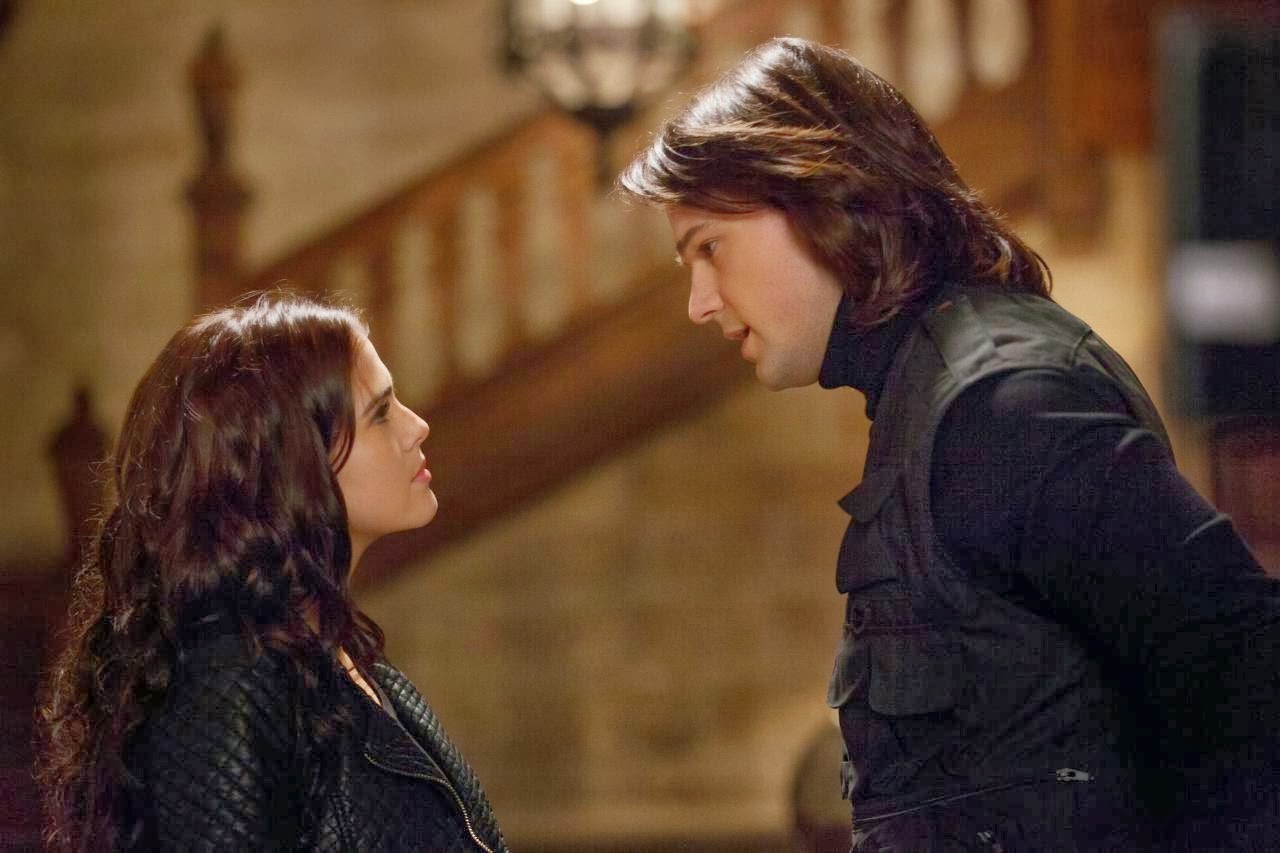 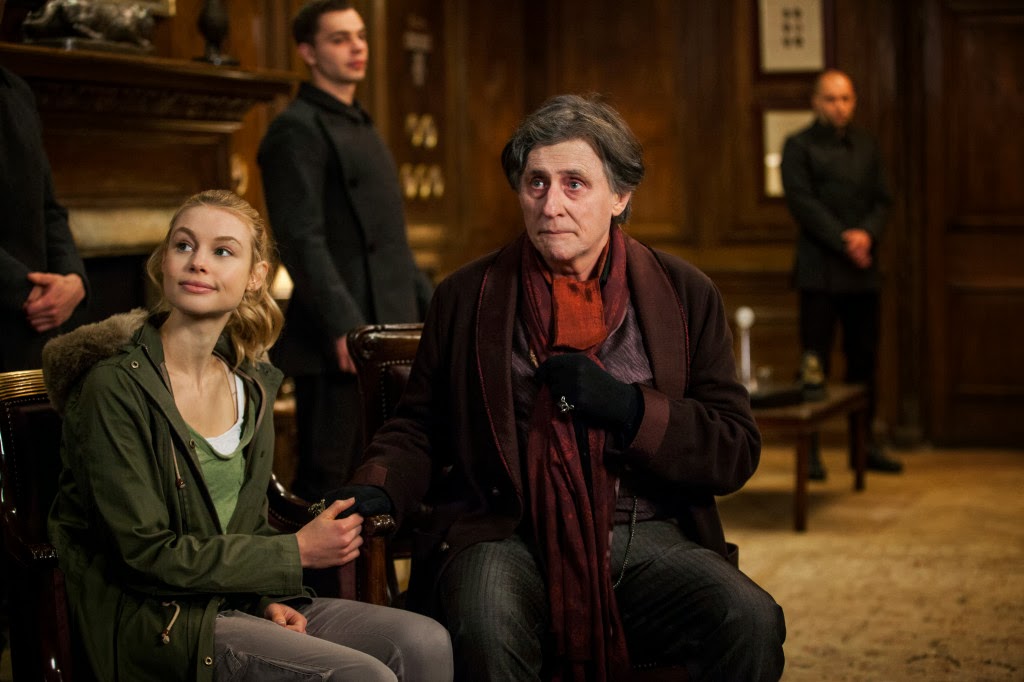 Aaron is a writer/reviewer for WhySoBlu.com.  Follow him on Twitter @AaronsPS4.
He also co-hosts a podcast, Out Now with Aaron and Abe, available via iTunes or at HHWLOD.com.
By Aaron Neuwirth
2014 Films Based On a Novel Comedy Danila Kozlovsky Gabriel Byrne Lucy Fry Mark Waters Olga Kurylenko Romance Sarah Hyland supernatural Vampire Zoey Deutch
Reactions: