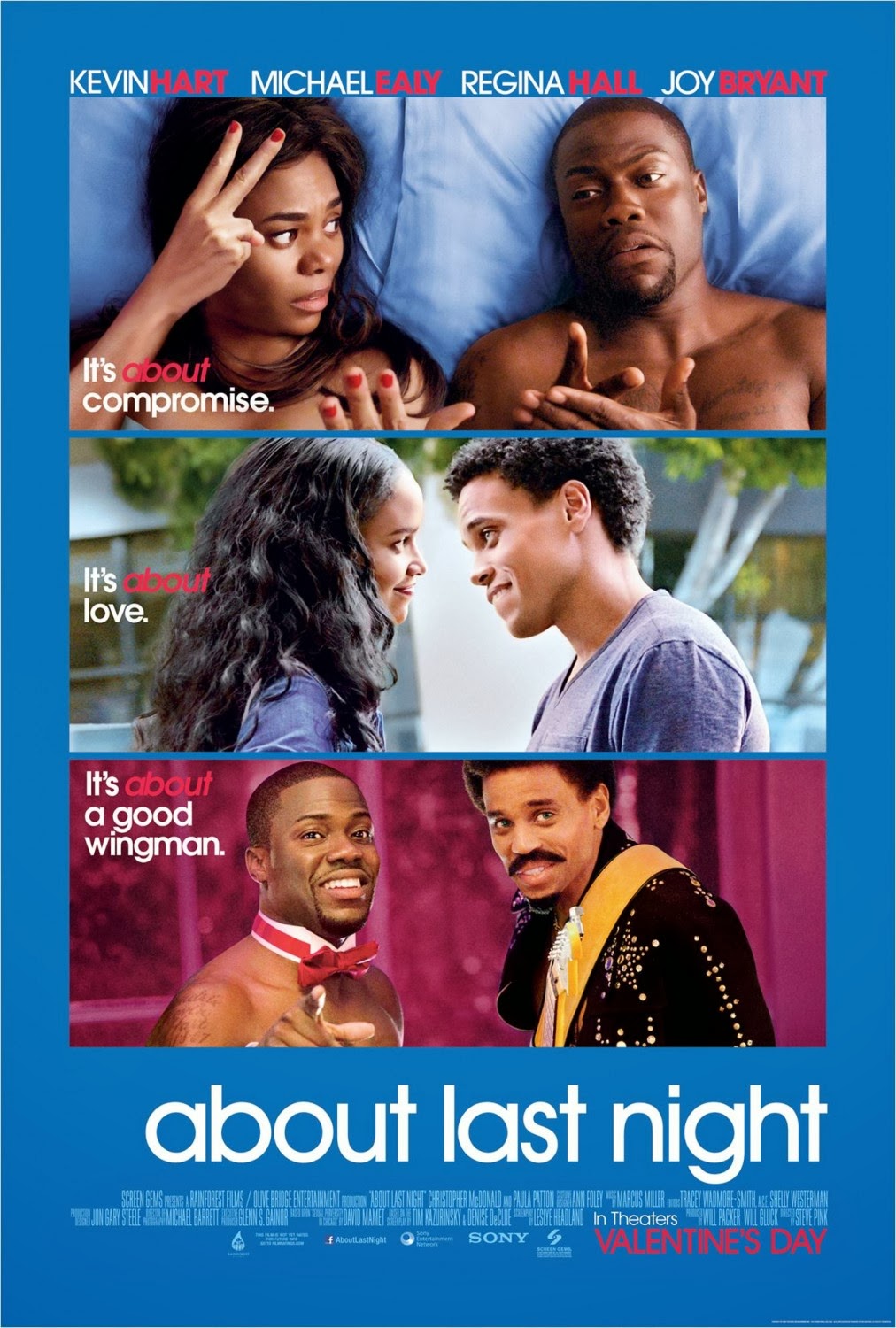 Bernie:  Part of getting in is knowing when to get out.

Something that I notice does not get enough attention regarding comedies is editing.  I am not talking about the pace of a film necessarily, which I see brought up a lot; notably with Judd Apatow-produced comedies lately, which tend to feel a bit shaggy.  When I say editing, I am referring more to the structure of scenes and how to create a sense of rhythm that comes from both the delivery of dialogue and actions from the characters involved and the way shots cut back and forth to best achieve a certain level of spark that makes a film click.  About Last Night does not rely on much that is new in the realm of romantic comedies, but what it has is great editing that really sells the work done in the script and by the actors to show the chemistry on screen and keep things moving with a near screwball level of zaniness at times and an effectively biting tone at others.  As a result, About Last Night has easily earned a high spot for me in terms of mainstream romantic comedies released in recent years. 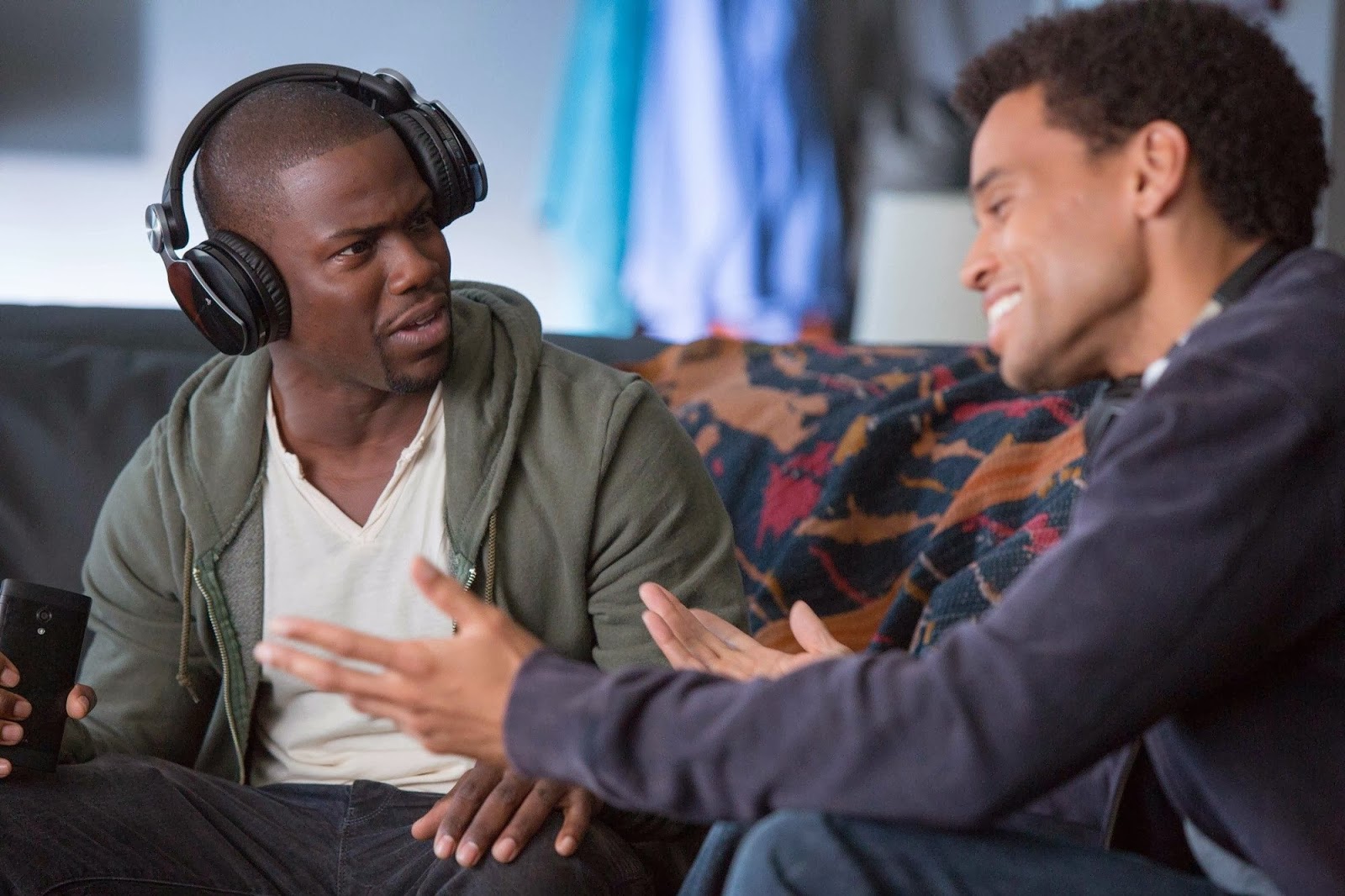 While the film can be considered a remake of the 1986 film About Last Night, which stared Demi Moore, Rob Lowe, Jim Belushi, and Elizabeth Perkins, it is really just another cinematic version of David Mamet’s 1974 play, Sexual Perversity in Chicago.  This 2014 version is now set in Los Angeles and features Kevin Hart, Michael Ealy, Regina Hall, and Joy Bryant.  Hart and Ealy are Bernie and Danny.  Bernie is a fireball of energy, while Danny is more restrained.  The same can be said for Hall and Bryant’s characters, Joan and Debbie.  As the film begins, Bernie and Joan have just started going together, which allows for a double date that leads to Danny and Debbie getting together.  From there, the film revolves around these two couples experiencing the highlights and deep lulls of being in a relationship.

A great asset for this film is its cast and the screenplay by Leslye Headland that supports them.  Putting a group of likable actors together is one thing, but having a script that really allows them to have fun in their roles is an even greater touch.  Even when the film is dealing with scenes that involve fighting and bitterly sniping at one another, it feels like a good amount of work was done in the writing and by the actors to provide a frequency that everyone sticks with.  The film never feels uneven or like it is betraying itself, based on various character actions.  It also helps that the film is very frank about one of its most important topics – sex. 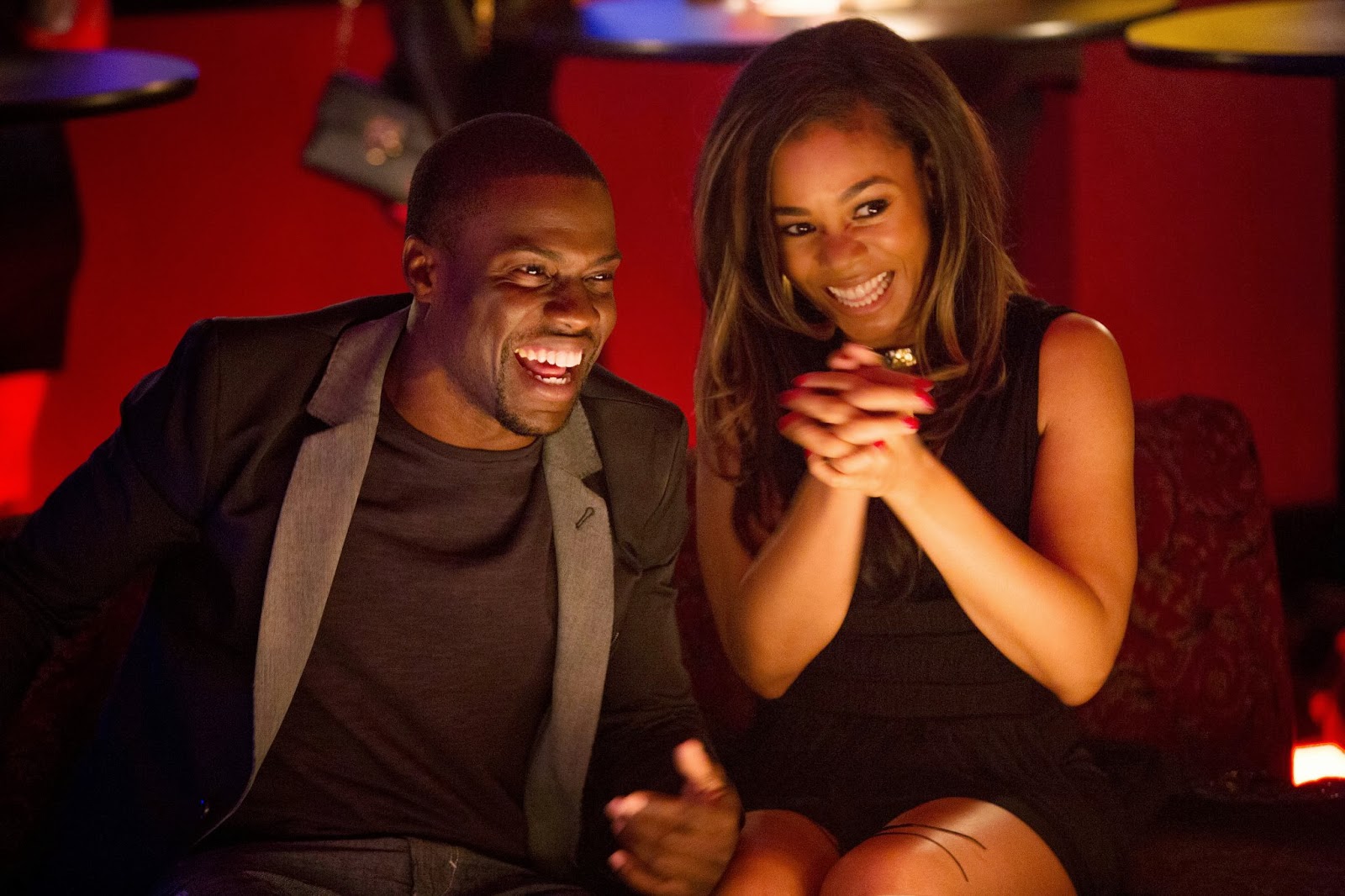 About Last Night is the kind of film that talks openly and honestly about sex and earns its R-rating the right way.  Characters curse and make references to different sexual scenarios, but are never overly crude about it for the sake of having raunchy comedic beats.  The film features explicit material, but it is never gratuitous.  While About Last Night is a remake/adaptation, it still feels so refreshing to see characters have conversations and end up in different scenes based around what I have described.  Sure, the dialogue can only feel so authentic, given that it comes across as a mix of scripted material with a touch of improv every now and then, given the actors involved (namely Hart and Hall), but I cannot help but be entertained more by a frank R-rated comedy like this, as opposed to a sanitized PG-13 film that just does not feel real.

Last month I wrote about Kevin Hart in Ride Along.  I would not call Ride Along a good movie, but the film has made a lot of money on a small budget, which can easily be accredited to Hart’s rise in popularity amongst audiences (Ice Cube didn’t hurt either).  I like Hart in general and even if Ride Along was not a glorious piece of art, he made me laugh in a lot of instances.  It is amazing to see what a script that works can really do, as I now get a chance to see Hart unleashed a good deal more, given the rating of this film, while also getting the chance to see him tackle better material.  Pairing him with Regina Hall was a great touch as well.  I can see some not enjoying this film as much, simply because they are either not big fans of Kevin Hart or do not care for the screaming matches between him and Hall’s character, but I was constantly rolling with laughter, because of them. 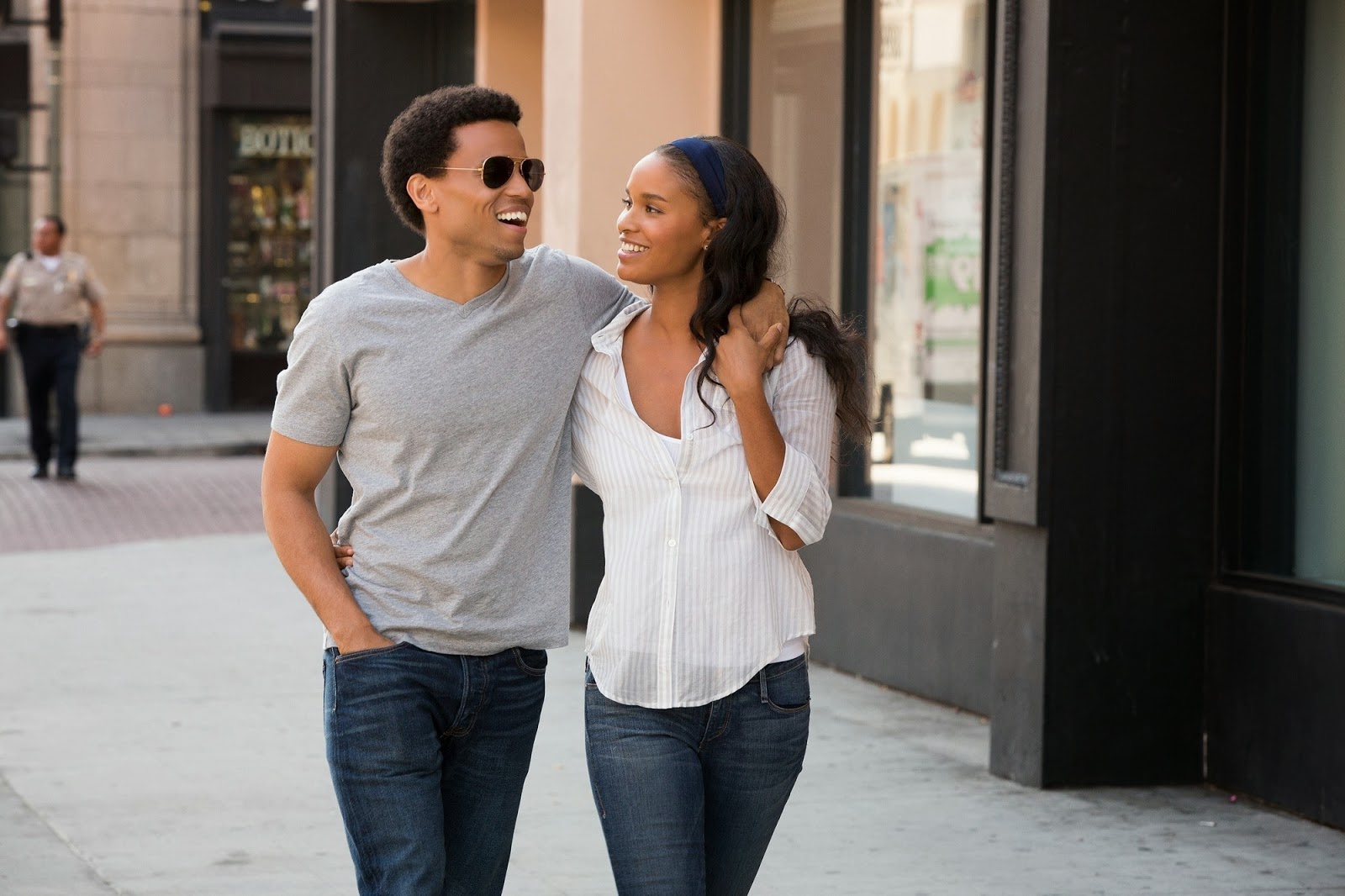 I am not going to short change Michael Ealy or Joy Bryant here either.  They are obviously playing the less overtly comedic characters, as the serious side of the film relies on the ups and downs of their relationship.  Still, the film works due to their chemistry together, as well as with Hart and Hall, since they are all supposed to be friends with each other.  It shows and the film is better for it.  Hell, even Christopher McDonald, who I will always either see as Shooter McGavin from Happy Gilmore or a generally slimy character actor, does a good job as a friendly bar owner who was good friends with Danny’s dad.

Director Steve Pink does a fine job juggling the different elements in this film and balancing out the four characters.  You get a sense of who everyone is and seem to spend just enough time with each to be satisfied by the time the film ends.  While the film is not all that flashy, despite some neat-looking transitions in the film, a key element is how Pink was able to assemble scenes that have the feel of conversations written for a play, but without too much staginess getting in the way.  Additionally, it is always kind of impressive to see how well a director can get good “drunk” performances out of their performers, which worked well for this film that takes quite a few stops at the bar.

Make no mistake, there is a certain inevitability to where this story goes, but About Last Night was a film I found to be really enjoyable.  The dialogue had a rapid pace that gave the film a lot of energy.  I was laughing a lot during the film, which amounts to how much I enjoy Kevin Hart, along with the rest of this cast, especially when the source is a good script that happens to feature good actors.  It is not so much that I was surprised by this film, but I was caught off guard by how much I enjoyed it.  I often find myself annoyed by movies about pretty people looking for love, but thanks to a sharp screenplay and solid editing to help craft this film as a modern screwball comedy, About Last Night was about as good as I ideally wanted it to be.

Bernie:  Her ass should be worshiped by indigenous peoples. 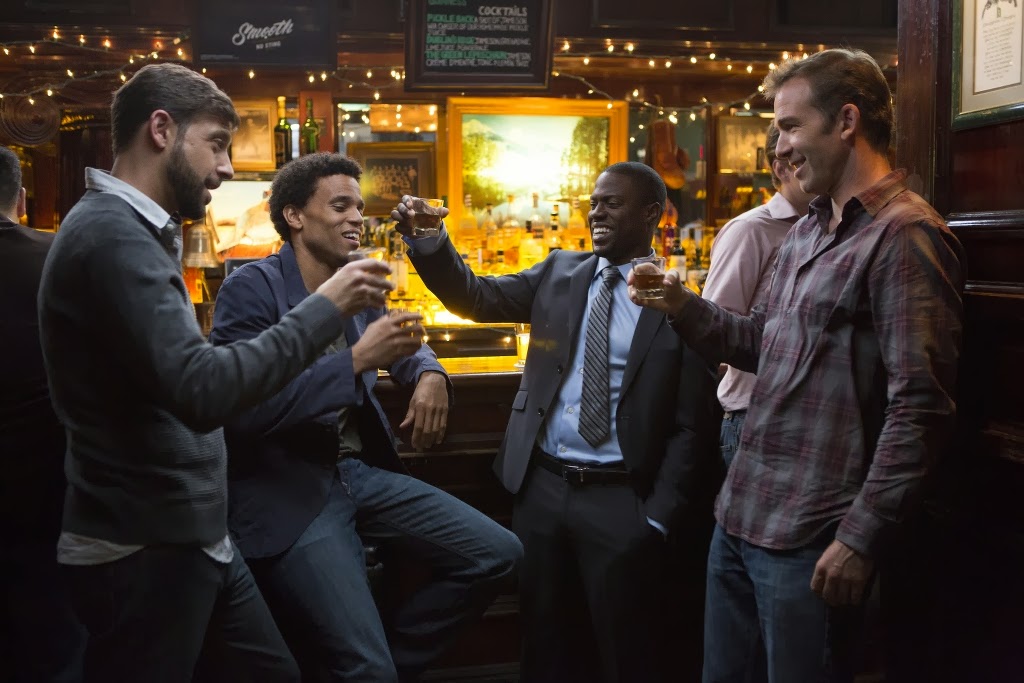