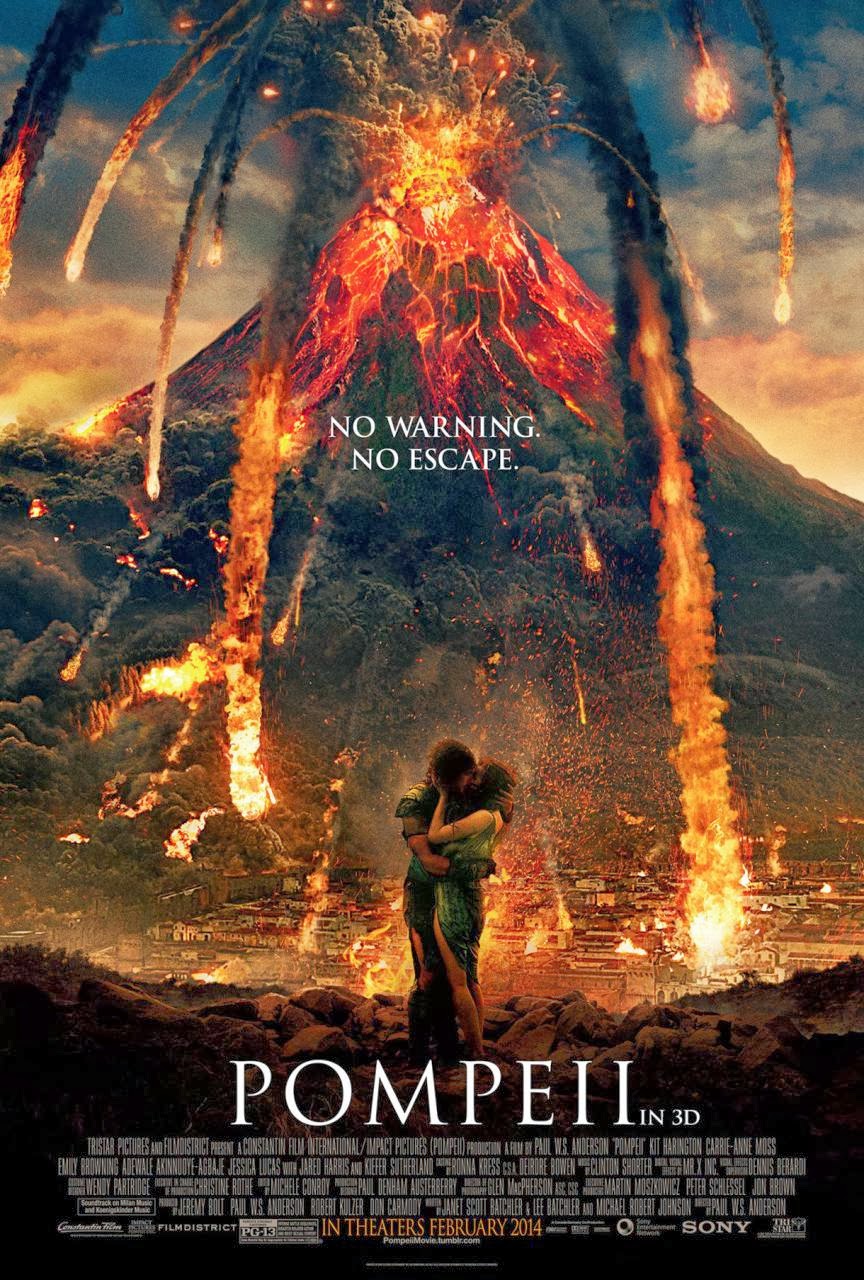 The Celt:  Can you feel that?

Sometimes it is fine just taking what you can get.  A serviceable film is not necessarily a bad one if you had an overall good time.  I would be curious to revisit my thoughts on Pompeii a week from now or even a couple days from now and figure out what I would do differently in this review, but as of now, I am fine giving a mild recommendation to this disaster epic that aspires to be Gladiator and Titanic combined into a shorter and more streamlined film.  It may lack the ability to be emotionally affecting and there are many elements that are way over-the-top, but at the same time, I knew what I was getting into and was fine with eventually giving in.  Pompeii is not great art, but I cannot say it does not deliver on its goal.  It is just a matter of how far you are willing to go to enjoy a campy B-movie set in the Roman Empire. 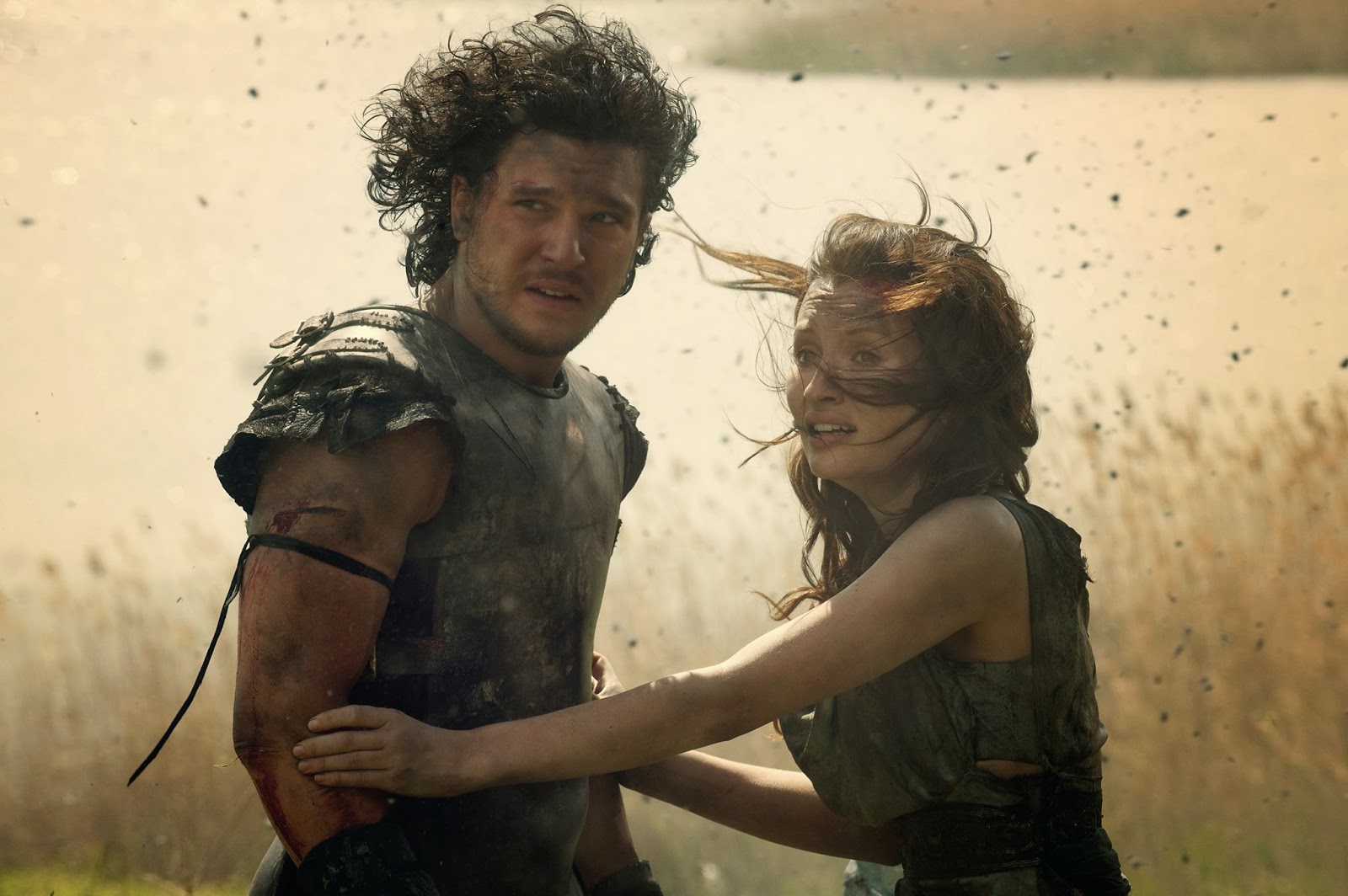 I would be curious to see what other story ideas have been tossed around in the past, when considering making a film about the eruption of Mt. Vesuvius and the destruction of the city of Pompeii.  Personally, it has always been something I have wanted to see depicted in a disaster film.  The story set around this event may not have been what I would have had in mind, but it certainly lends itself to flashy entertainment fitting of audiences who enjoy an action-packed disaster movie.  With that in mind, it is important to consider the fact that Mt. Vesuvius will erupt no matter what, so any movie is going to have to do something worthwhile with its story or characters, in an effort to have you care, given that a good majority of the cast is going to die.

For this film, director Paul W.S. Anderson (of Resident Evil, Mortal Kombat, and Death Race fame) has decided to do his best to appeal to both his key audience, while doing a minimum amount of work to appeal to a crowd that is happy with a romantic subplot and goofy melodrama involving rivalries, affairs, and Roman politics.  Does it work?  Not really, but hey, this is what we have to work with.  Game of Thrones’ Kit Harrington stars as the brooding slave-turned-gladiator, known as The Celt.  He’s the kind of guy who does not stand very tall and is not exactly bulky, but he has a six-pack, doesn’t speak a lot, and does a lot of brooding, when he isn’t easily slaughtering other gladiators.  Obviously this means that he will find instant love with Cassia (Emily Browning), daughter of wealthy merchant parents played by Jared Harris and Carrie-Anne Moss.  Why is this important?  Because these merchants live in Pompeii, which is where the entire cast is headed, including a nasty Roman Senator, played by Kiefer Sutherland, who just so happens to be the one who murdered The Celt’s entire family when he was just a young brooding lad. 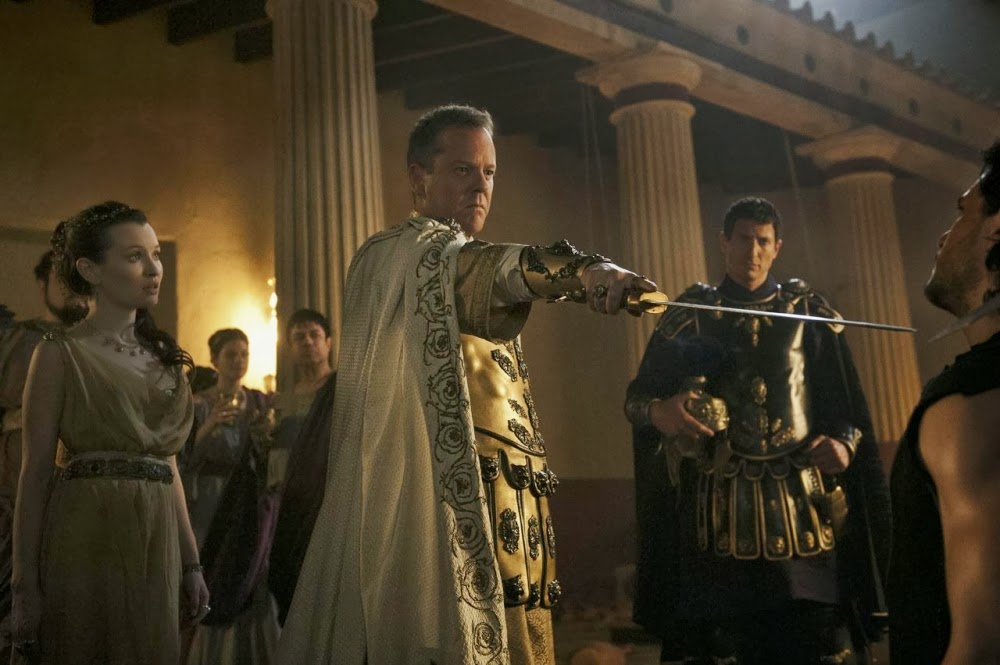 The plot is pretty straightforward, once it sets up all of its fairly bland characters.  The Celt is going to have to participate in gladiator battles with his biggest rival/new best friend played by the genuinely interesting and distinctive Adewale Akinnuoye-Agbaje.  Cassia and The Celt will have to figure out how to find time to love one another, as they were apparently destined to do.  Also, a giant volcano is going to destroy the city and pretty much everyone in it.  Bad guys will get their comeuppance by either sword or great balls of fire and the good guys will hopefully escape or at least find peace in their lives.  There are no broad steps being taken and the script certainly does not allow for much nuance, but the film stays true to what it is:  a B-movie disaster flick.

Paul W.S. Anderson is not a director who inspires much confidence in those familiar with his work.  He has gone from production designer to the man responsible for making many video game movies and movies that feel like video games.  They generally look good, but never have any substance.  While watching Pompeii, I realized that there is nothing left to really hope for in Anderson’s films, but at the same time, I was having a cheesy good time in the same way that I found enjoyment in his steampunk take on The Three Musketeers or in the schlockiness that was the Death Race remake.  I may really dislike his Resident Evil franchise, but outside of those films, I have found a level of comfort in what Anderson has to offer, as a director, which amounts to very flashy films that are fairly empty, yes, but accomplish what they need to, in an effort to please a general audience. 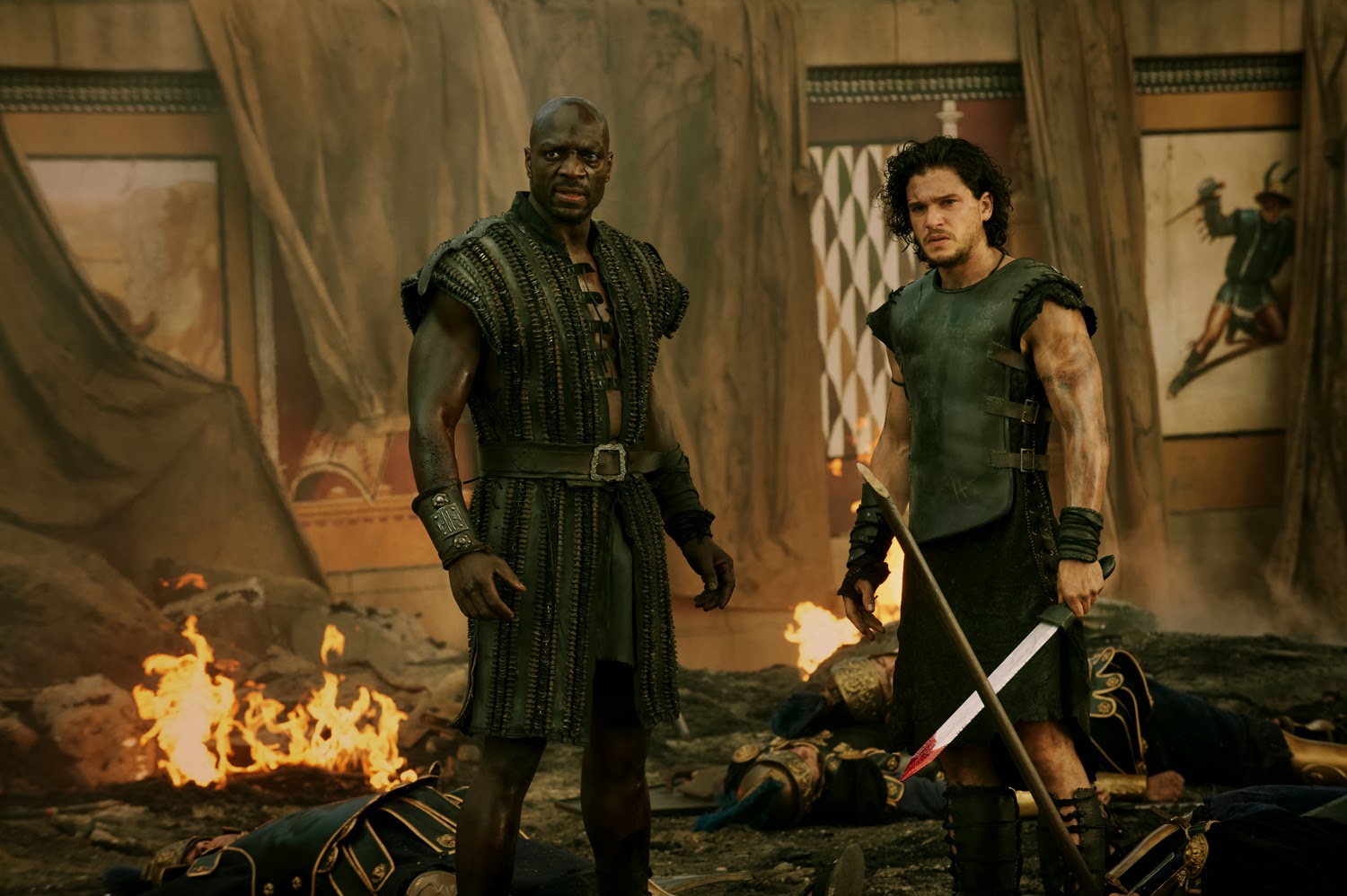 Accepting Pompeii for what it is, with that in mind, is fine.  There is a lot of action, which mostly amounts to rapidly-edited sword fight scenes, as the film needed to achieve its PG-13, but there are some clever moments.  There are also some hammy performances, which Sutherland tries his hardest to excel at in his role.  But the film also delivers on its volcanic destruction.  Granted this event occurs in the last act of the film and you may have to do your best to stick with the story, but a giant volcano erupting with all the latest CG effects and some snazzy 3D cameras adding onto this elemental disaster scenario does a lot for the film as a whole.  Anderson even attempts something at the end that basically pushed me over the top into a better rating.

Pompeii is full of clichés, thin characters, and plenty of other elements to have it best described as an expensive camp-fest, but I enjoyed my time with it.  Melodrama can be bothersome at times, and so can bloodless gladiator combat, but I found myself engaged with the film for some of the little touches, such as the display of flashiness involving the time period and the eventual volcanic destruction.  It is not much of a recommendation, but if you need to see a film about Pompeii, this is a decent effort in the guise of a B-movie.

The Celt:  Whatever is happening here, find freedom my friend. 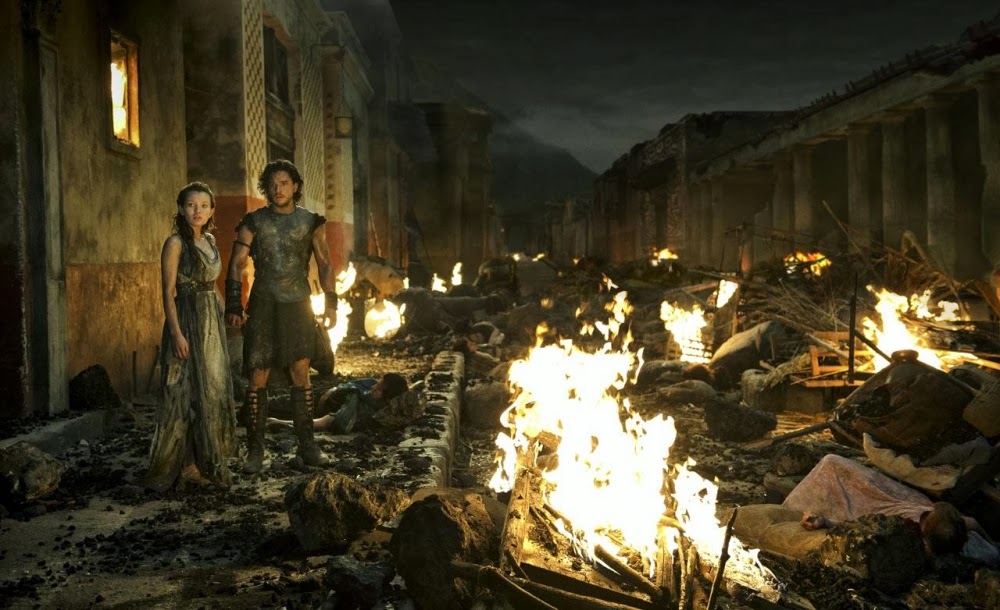