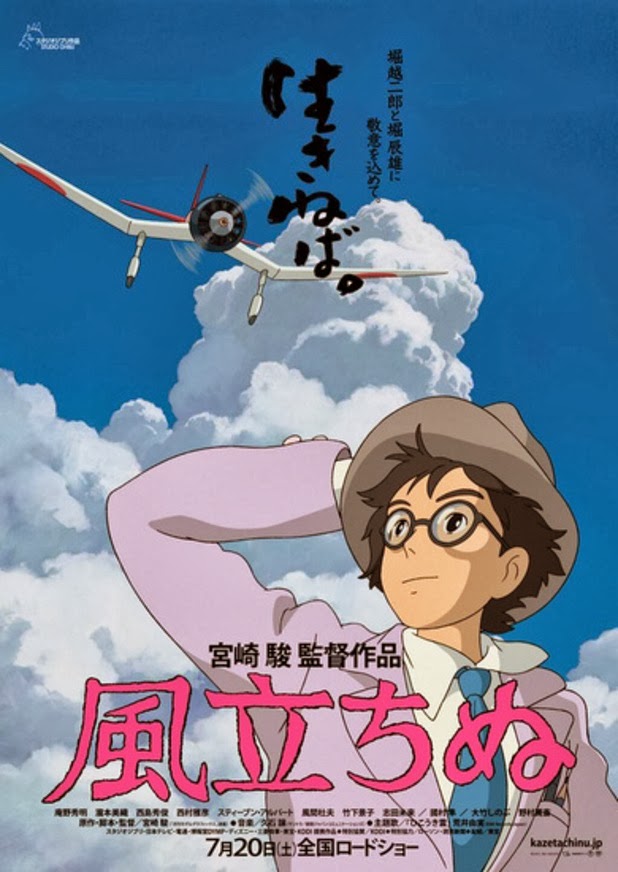 Hayao Miyazaki: I get inspiration from my everyday life.

The Wind Rises is a wonderful addition to Studio Ghibli’s impressive library of anime features.  With only a hint of fantastical elements, which mainly come in the form of dream sequences, The Wind Rises is really an animated biopic of a man responsible for designing Japanese fighter planes during WWII, but with a fictionalized focus on his personal life.  There are numerous themes that the film attempts to explore, but even while it has a sense of melancholy to go with the main character’s own sense of discovery, it stays back from the messy politics of it all.  Really, this is a story of a man who had dreams of creating an ideal design and how he balanced his goals with the reality of life. 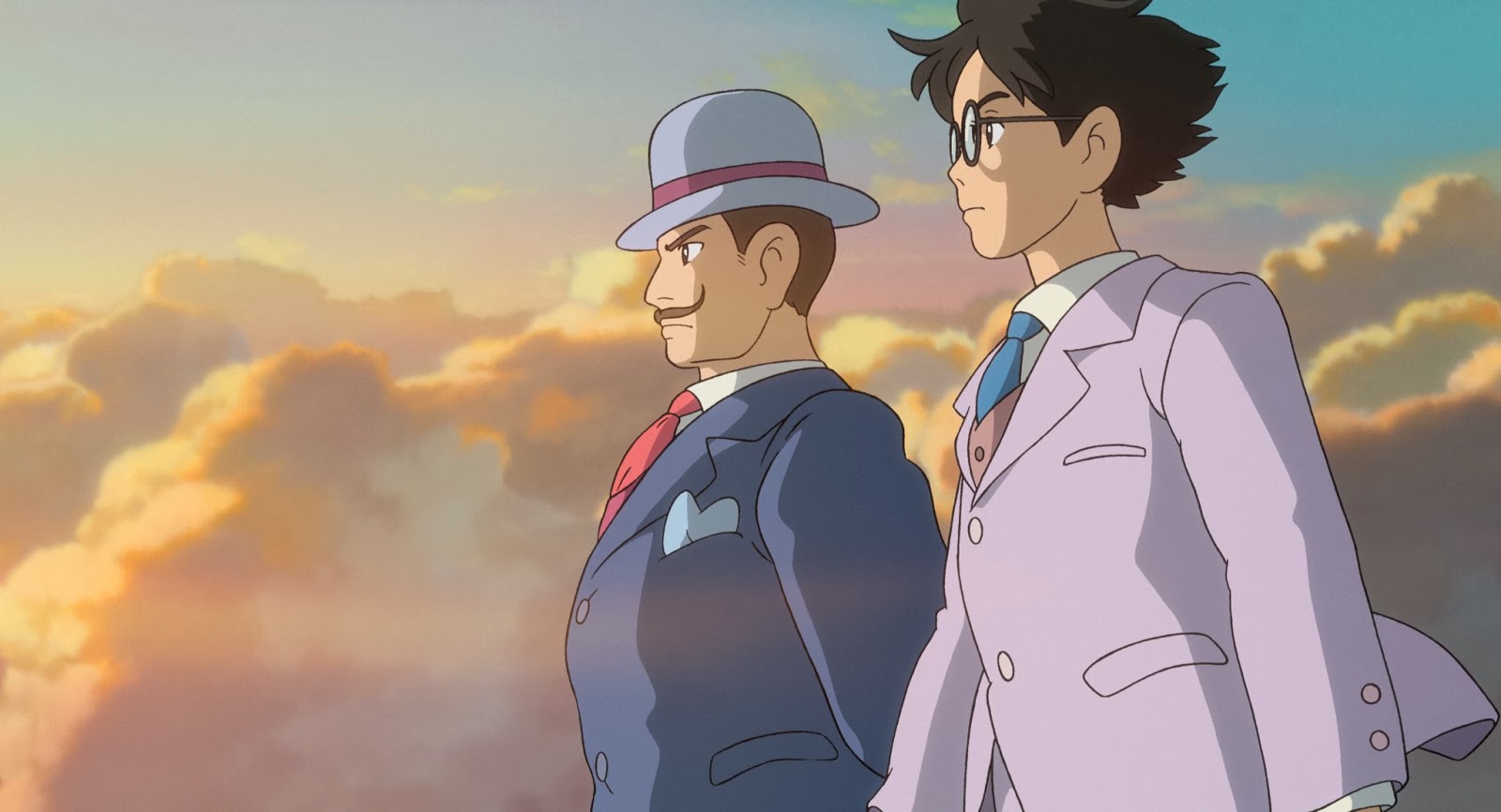 This is reportedly the final film from acclaimed Japanese director Hayao Miyazaki, who has been largely responsible for creating many wonderful and memorable anime films released through Studio Ghibli, including Princess Mononoke and the Oscar-winning Spirited Away.  If The Wind Rises is in fact the last film directed by Miyazaki, then he certainly chose an interesting and somewhat fitting story, as it focuses on an introverted character who dreams big.  While the ultimate conclusion of this film is far different than anything Miyazaki has experienced, there is a connection I saw between the director and the film’s protagonist that added an interesting level of focus to how I absorbed the film.

The Wind Rises feels largely restrained and I mean that in a good way.  I mentioned earlier how the film is free of the fantastical elements that are common in Miyazaki’s other films.  Because of that, The Wind Rises has a much more apparent feel of a character study.  Not to say that characters in other Miyazaki films are not rich and interesting, but The Wind Rises is one focusing almost solely on the various people involved in this story, due to the fact that the visuals, while arresting, are not as visually dynamic in an effort to really inform the narrative as much as the players involved do.  With that in mind, the tone of this film has more of a mellow feel.  It actually is somewhat similar to other Miyazaki films in that respect, but it then comes down to how the film exists in a grounded reality that sets it apart. 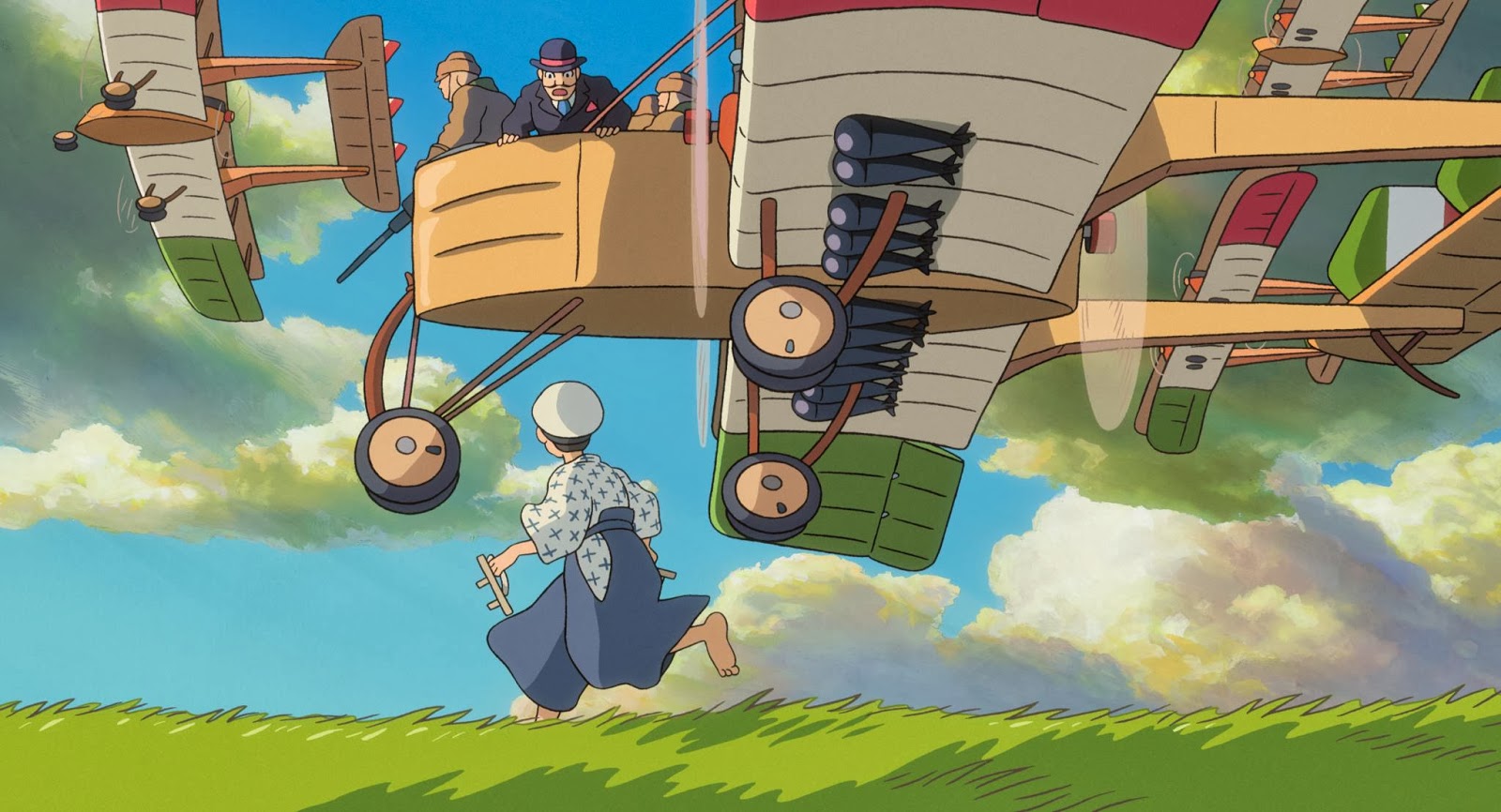 We follow Jiro Horikoshi, who is an unassuming man, but clearly someone with plenty of ideas and aspirations.  The film details his journey to becoming a key player in designing Japanese aircraft, which will later be used during significant events in World War II history, but the film has more going on than just this story.  Really, Jiro’s job merely provides historical context, but the lead character and his work could be switched to something else, yet still have the same story be told.  It would take away some of the impact, but the path is still clear, as the romantic element is a large part of this story as well.

Jiro’s relationship with Naoko, whom he initially meets during his travel to Tokyo and involves an impactful event, provides the film with another aspect that fits with the initial narrative, but also allows Jiro to open up as a character.  The Wind Rises certainly allows for happiness in the lives of its characters, but there is inevitability there as well, which goes on to highlight the themes of this film.  One could reason that this is why the film cannot simply replace its lead, as the history involved in this story actually is important, but along with this film being a heavily fictionalized version of Jiro’s actual life, it is more or less a film that relies on familiar dramatic plot devices, which happen to fit within the context of the period chosen. 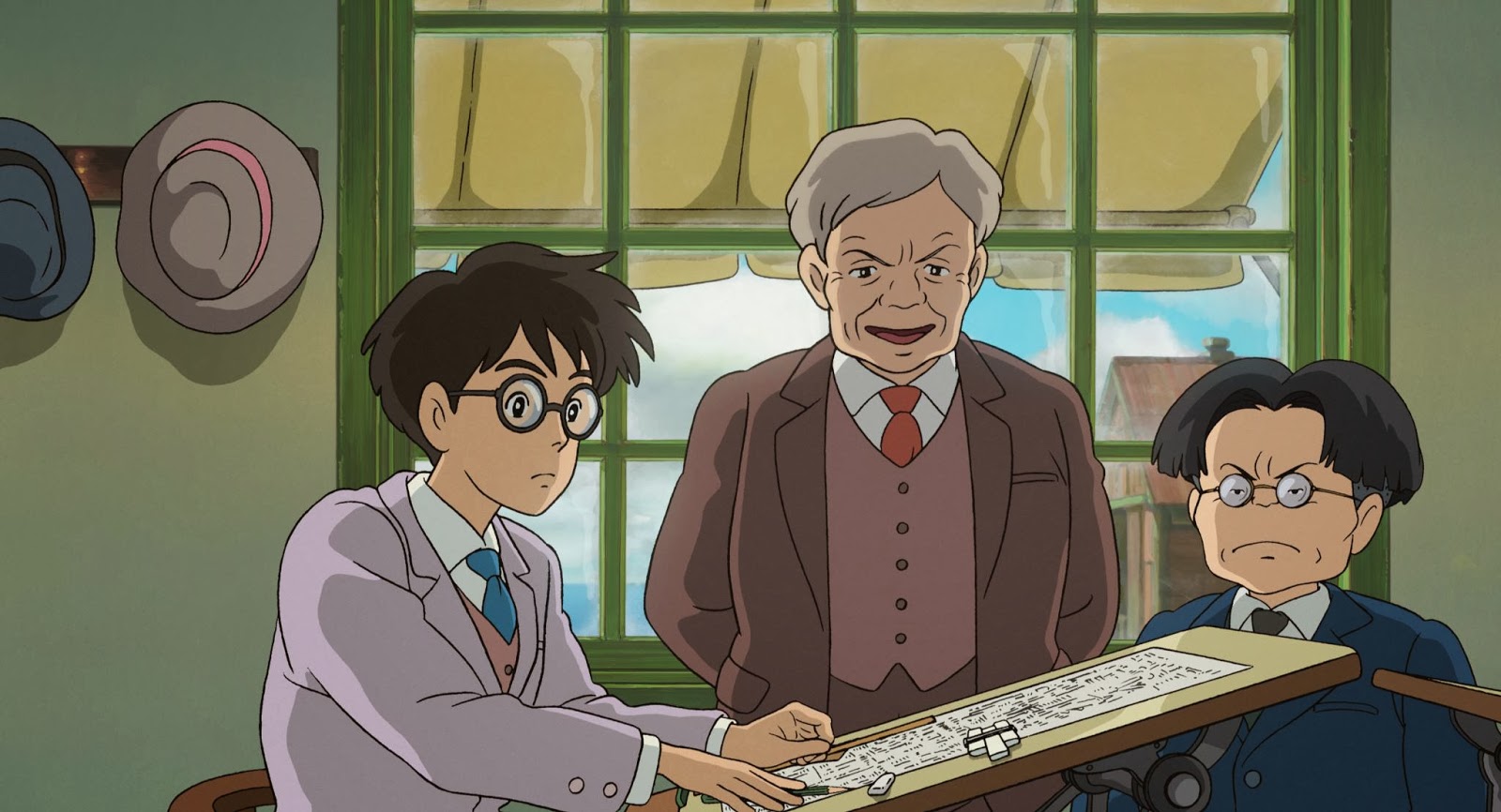 Getting away from the more melancholy aspects of this film though, The Wind Rises is a film that had me thoroughly engaged throughout.  Yes, the animation is designed to have a grounded feel, as there are only some dream sequences that make up the more ‘out-there’ moments, but the look of engines, various planes (also trains and automobiles), and even a sequence depicting an earthquake, all allow for the film to really engage the viewer with interesting details surrounding settings and equipment that are unlike anything they could perhaps see in reality.  I was never going to question a Miyazaki film, when it came to the visual aesthetic, but he certainly showed me something new in The Wind Rises, which is amusing, given that it was something so real for a change.

In addition to the visuals, sound and music have always been wonderful aspects to admire and The Wind Rises is a great auditory experience.  The sound design on the engines, in particular, has a great and distinctive feel that lends the film an identity.  The score by frequent Miyazaki collaborator, Joe Hisaishi, is incredibly fitting and elegant in its presentation within the film.  To address the vocal performances, I had the chance to see this film in its original Japanese language, so I cannot attest to the quality of the English dub, but I have never had much of a problem with how the English versions of these films are handled and the talent involved in the dub (which includes Joseph Gordon-Levitt, Emily Blunt, Stanley Tucci, and William H. Macy, among others) is pretty solid. 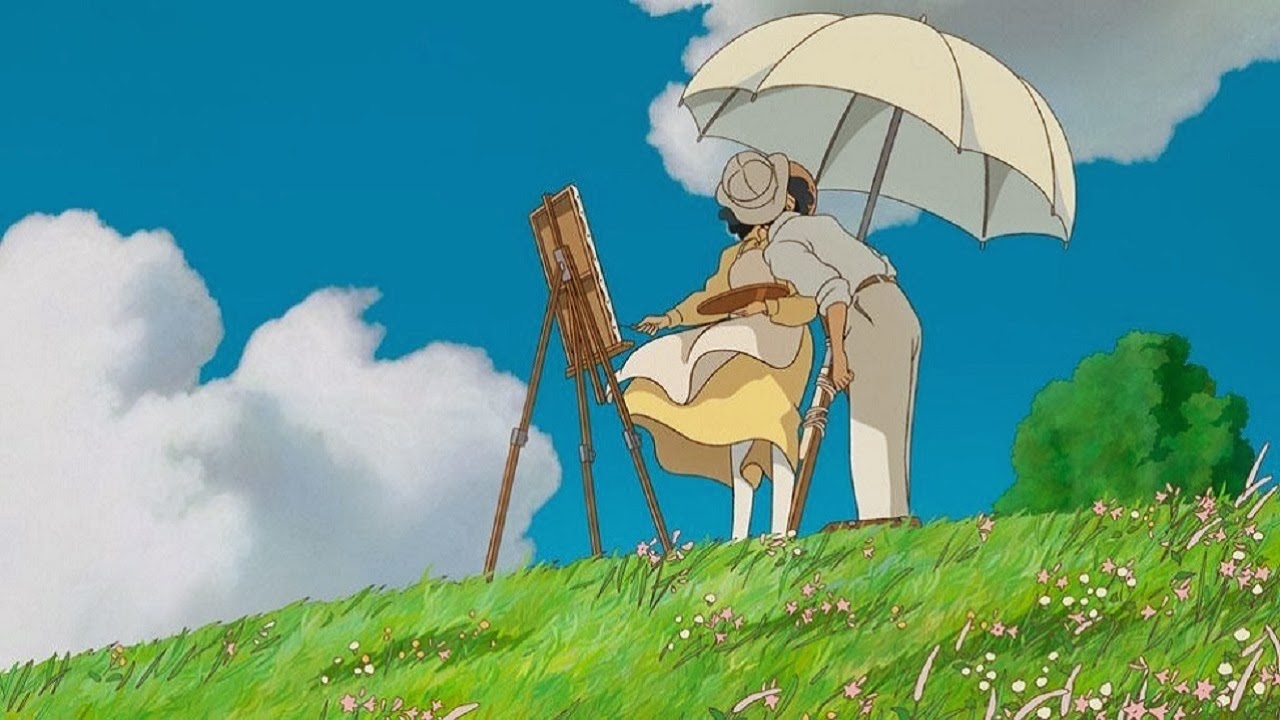 Ponyo was Miyazaki’s previous directorial effort and I really enjoyed that film, which really was ‘out there’ in terms of the fantastical elements involved.  The Wind Rises is decidedly different, very focused, very grounded, and character-based.  Regardless of whether it is animated or not, the core story is interesting and quite emotional.  The fact that it is an anime feature only lends the film to a superb and unique visual presentation for this story, which I was quite fond of.  The film may have a tone that is not as bright and sunny as other animated fare, but it does have a good story to tell from a man who has held onto a reputation of being a master storyteller, with plenty of imagination on his mind to share as well.  If The Wind Rises is in fact Miyazaki’s final feature, I can only hope more like him have just as much imagination to share, in order to keep the legacy of Studio Ghibli alive.

Hayao Miyazaki:  My process is thinking, thinking and thinking - thinking about my stories for a long time. 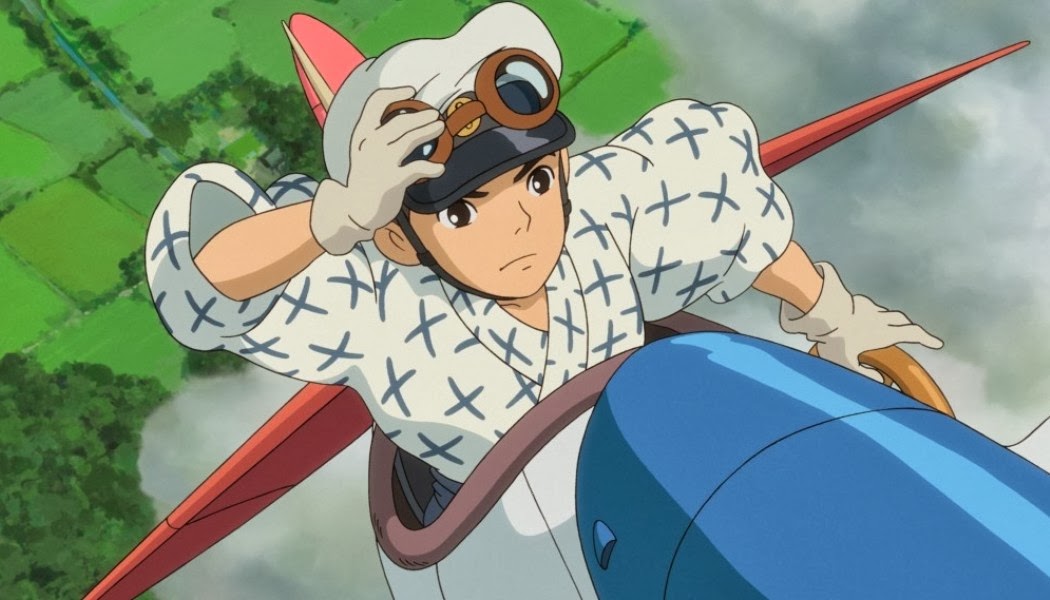 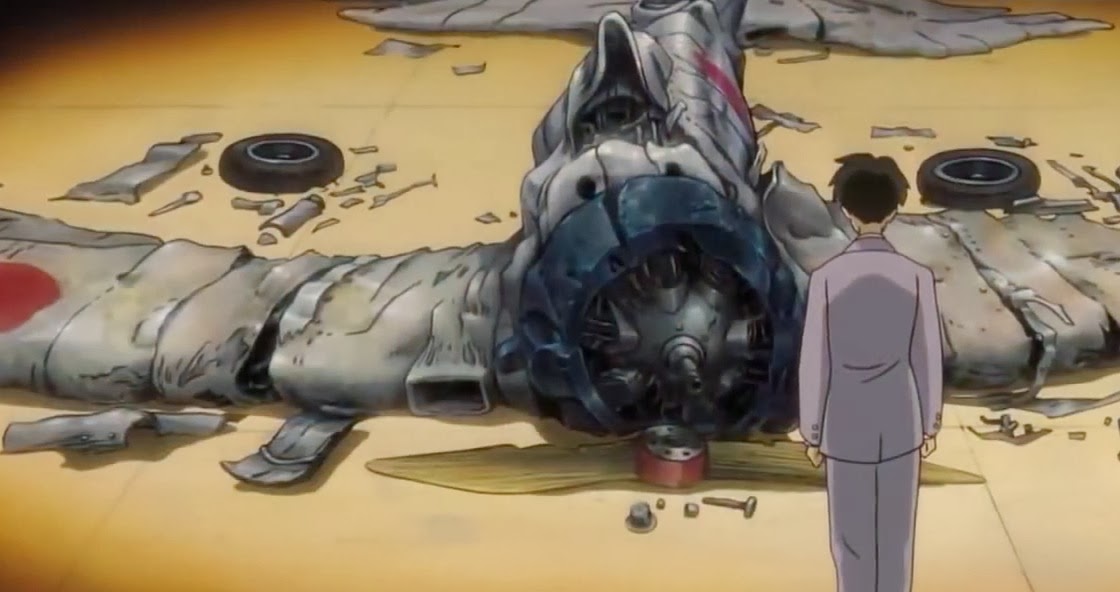 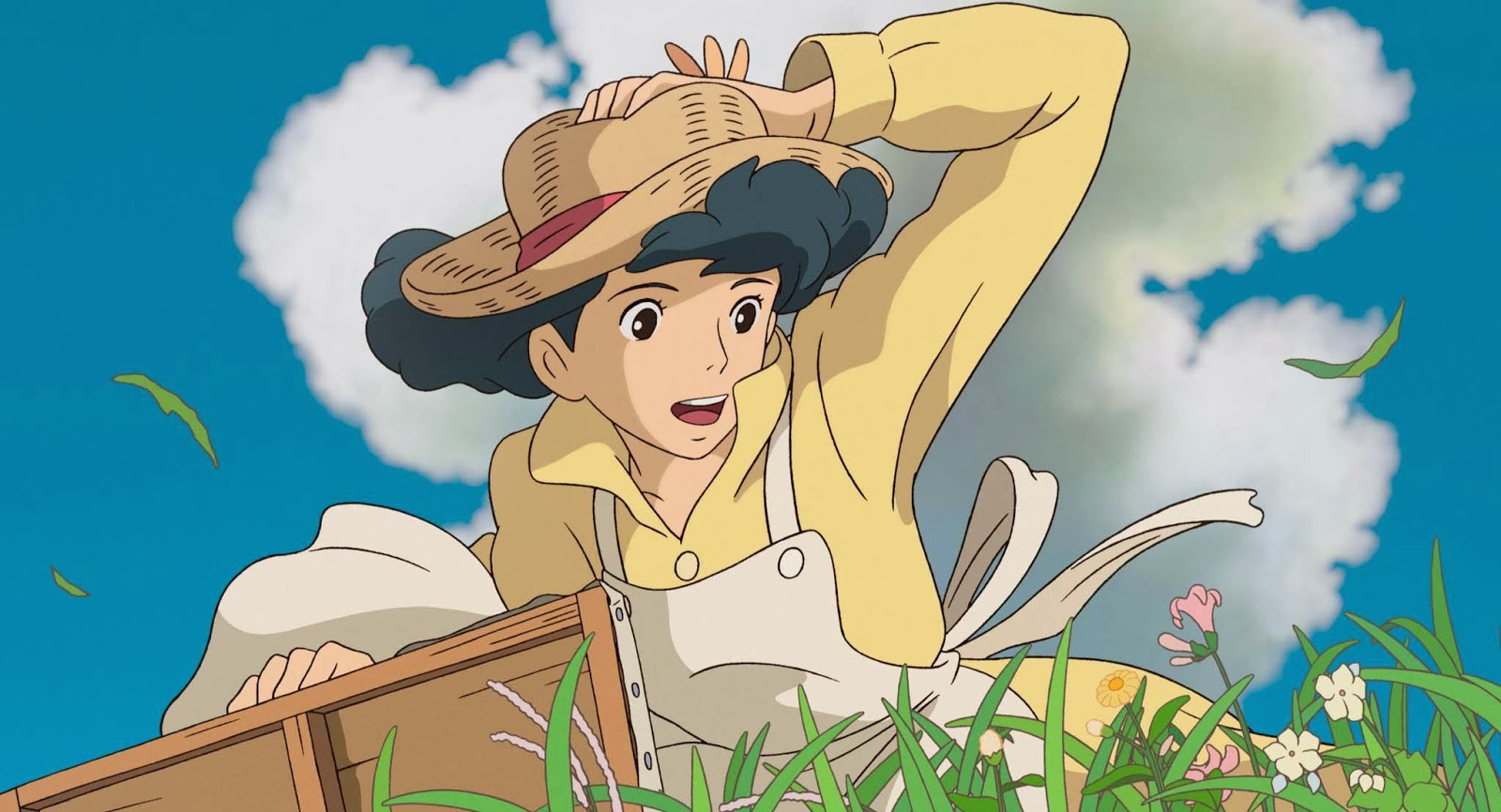 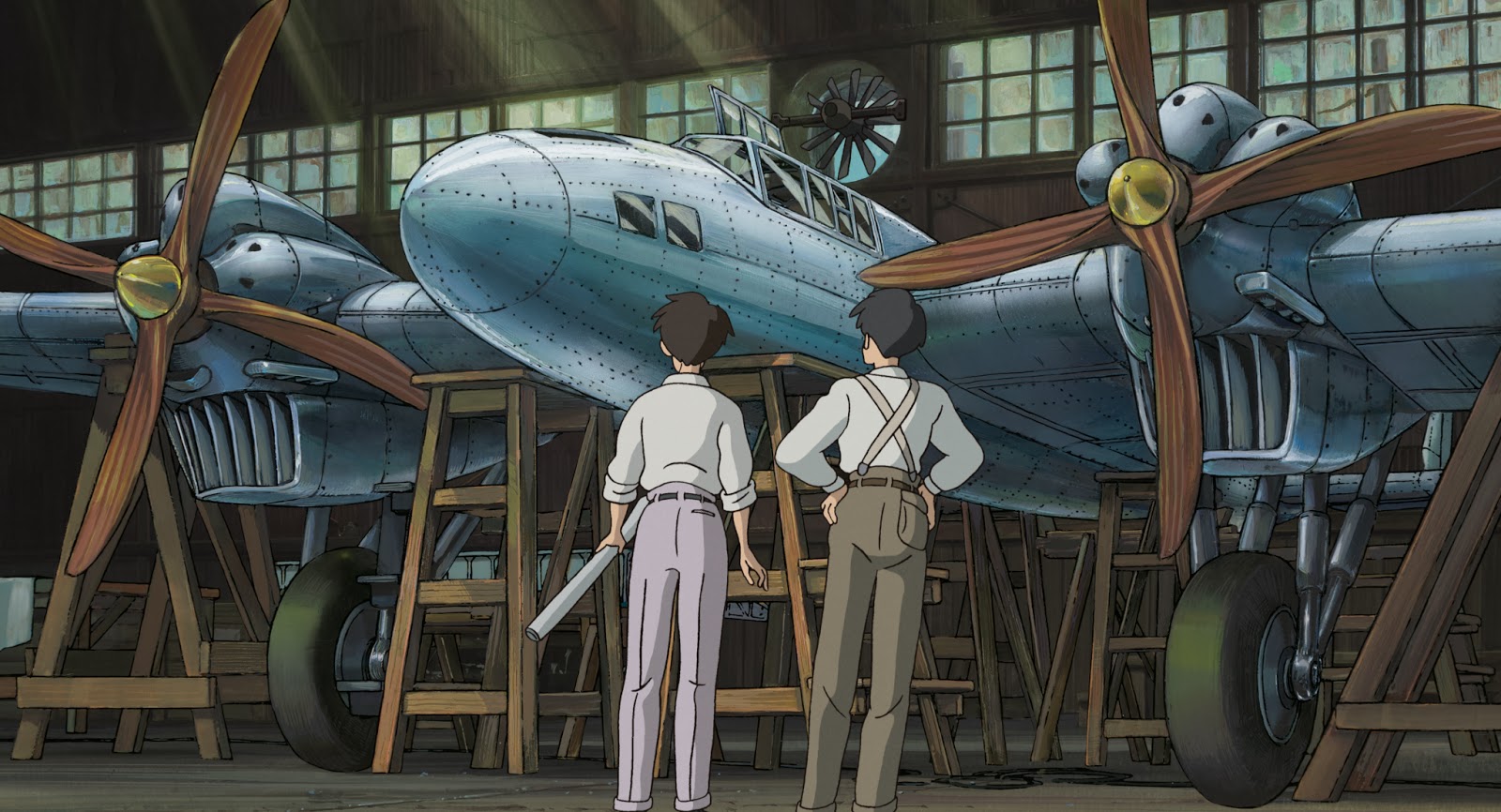 Aaron is a writer/reviewer for WhySoBlu.com.  Follow him on Twitter @AaronsPS4.
He also co-hosts a podcast, Out Now with Aaron and Abe, available via iTunes or at HHWLOD.com
By Aaron Neuwirth
2013 Films Animated anime Biopic Hayao Miyazaki Studio Ghibli The Wind Rises
Reactions: