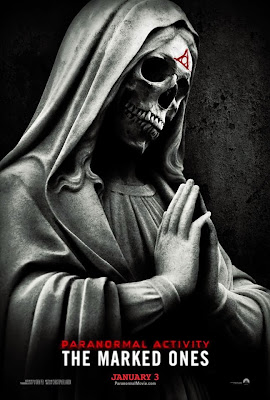 Paranormal Activity: The Marked Ones: 3 ½ out of 5

I have made it no secret that I have been a fan of the Paranormal Activity franchise.  While not every entry has been great, they have just the right effect on me, given that I enjoy horror films, but am rarely scared by them.  Something about this series has worked well enough to have me tense in the theater, but more so the night after seeing the film.  It must be the combination of a good audience experience, some of the clever ideas in creating the buildup and payoffs, and the attempts to keep these entries grounded by using the ‘found footage’ aspect.  Paranormal Activity: The Marked Ones worked for me more than I expected it would.  It has to do with some changeups of the format, but I do also continue to enjoy the simplicity of this series, even as it continues to develop its mythology and include bigger special effects. 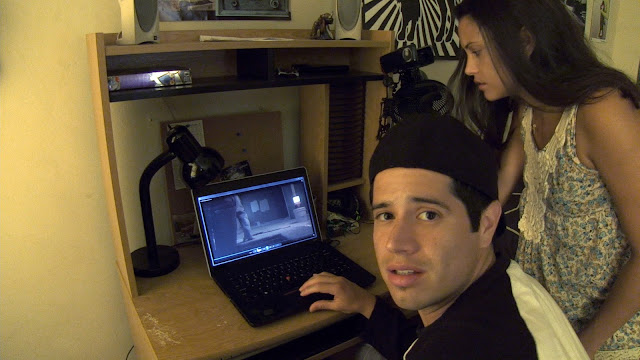 While I am not sure it really matters, ‘The Marked Ones’ is a spin-off of the Paranormal Activity series, as it spends its time expanding the world created in the previous films, rather than function as a direct continuation of them.  Not that this is the reason why the format has been altered, but it certainly has a different feel from the previous installments, to an extent, as there is a different flavor to be found in this film.  It comes in the form of the characters we follow, Jesse and Hector (Andrew Jacobs and Jorge Diaz).  It is a different touch to have to Latino males as the central characters this time around, as opposed to white women from Carlsbad, but the other thing is that this is the first time we actually have male characters that are not complete jerks to root for, even as they curse up a storm and attempt to get chicks.

In the film, Jesse and Hector live in Oxnard, Ca, and begin to notice weird things involving their neighbor.  The neighbor eventually dies due to uncertain reasons, but the guys know a friend of theirs was involved.  Jesse starts to go through weird changes, following the appearance of a bite mark on his arm.  It appears that he is becoming superhuman in various ways involving strength, among other things.  All of this is being captured on camera for reasons that do not matter, but what does matter is how things build and build to a conclusion that brings new things to light involving this franchise, before the film abruptly ends. 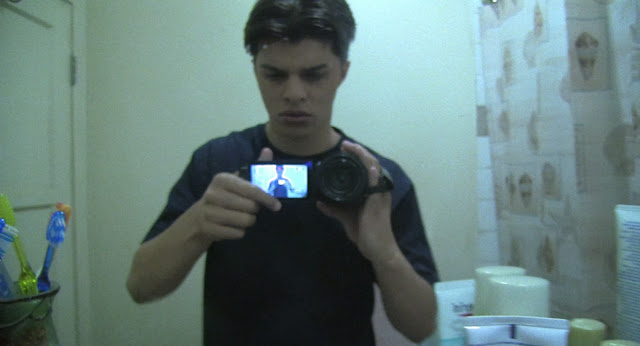 If you are going to a Paranormal Activity movie, you basically have to accept a couple things.  The camera is going to be used for no reason whatsoever, which seems like the case more than ever this time around.  Instead of being used just to monitor a house, our characters constantly have it with them, even when it is clear that it should not be used.  The film is also rife with jump scares, which is not uncommon for this series, but there is a greater separation this time around between building tension and simply having things pop up out of nowhere.  Lastly, the film will no doubt leave you wanting more, as the finale continues to be incredibly fast-paced and exciting, but also cuts off just when you learn some pivotal answers, as well as develop more questions.

For me, the series continues to work, in spite of these caveats one has to accept.  There is certainly a level of diminishing returns and the idea of this being actual ‘found footage’ has long since been abandoned, but ’The Marked Ones’ did manage to pull off some clever ideas and kept me excited during its runtime.  This entry may actually be the third best in the series, behind 1 and 3 (I guess a pattern with the odd-numbered entries is forming).  This is the rare horror series that I have continued to enjoy this far in and I do think it has to do with the world-building that has come from it.  While maybe not the most complex continuity, there is something interesting about the way this series expands its mythology, while also finding clever ways to create scares, given the format in use. 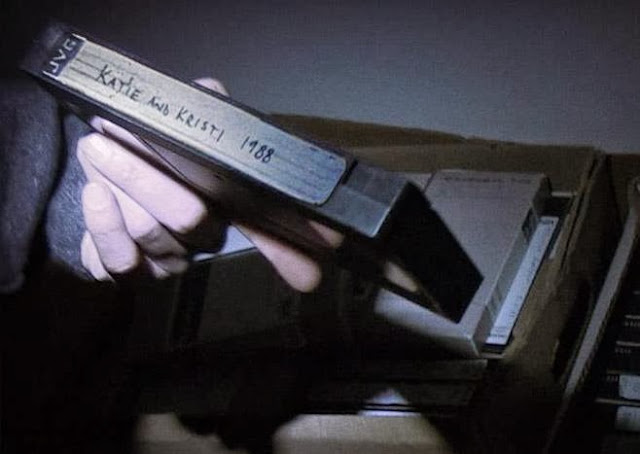 This time around, as the camera is constantly traveling around a neighborhood, it leads to more adventures thrills, rather than stationary tension leading to some shocking moments, but again, it is nice that there is a fresh approach taken here.  I am not about to say that this is an incredibly original film, but it does show some ingenuity in making this premise work.  It does not hurt that the actors are pretty decent as well, which has always been an issue in this series.  There is some natural chemistry at play here, which goes a long way in helping you care for what is happening on screen.

As far as logic is concerned, this really is not a series I try to approach in terms of “what would really happen,” as these films are good at putting me in a state of not caring and living in the moment.  There is a lot more obvious effects work done here, based on what is needed to make certain scenes work, but it never looks bad.  Again, this comes from using digital cameras in the moment to make it look like a certain amount of discovery is occurring for those filming, but there is some nice technical work on display as well, given whatever was happening behind the scenes to realize certain moments. 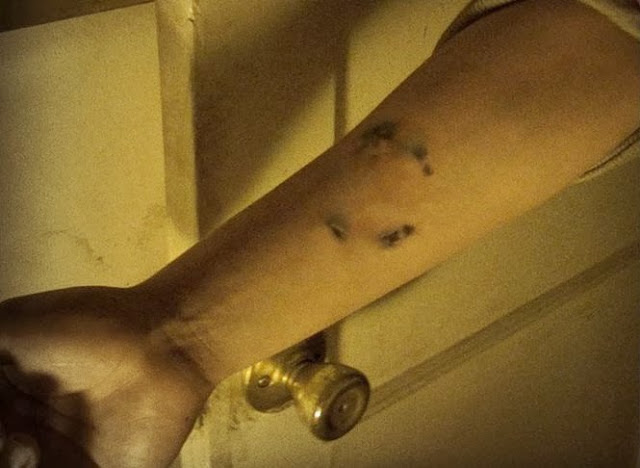 Paranormal Activity: The Marked Ones was a solid addition to the franchise.  It may not be completely original, as this is the 5th entry (technically a spin-off) in a series, but it does add some twists to the format, while also continuing to build the mythology surrounding the entire series’ story.  It also works as a solid horror film.  It is fun, exciting, and scary at times.  Given that this is the first theatrical release of a new year, the film could have been much worse (see: Texas Chainsaw 3D).  Instead, enough was done to build a confident entry in a long-running series.

Jesse:  Dude, I had the craziest dreams. 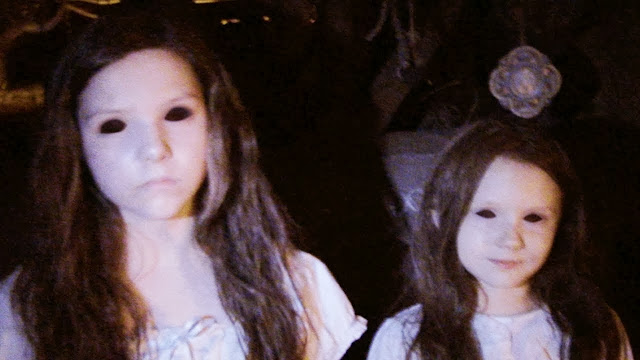 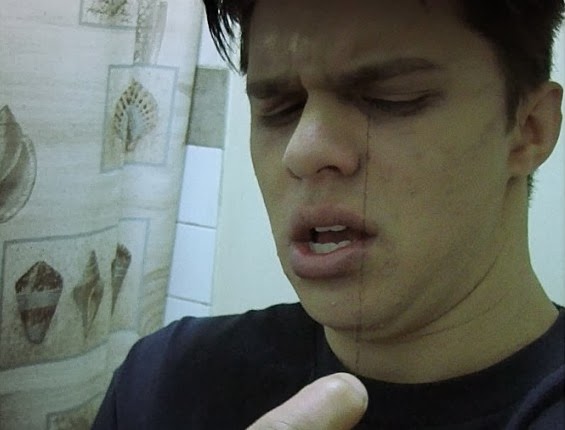