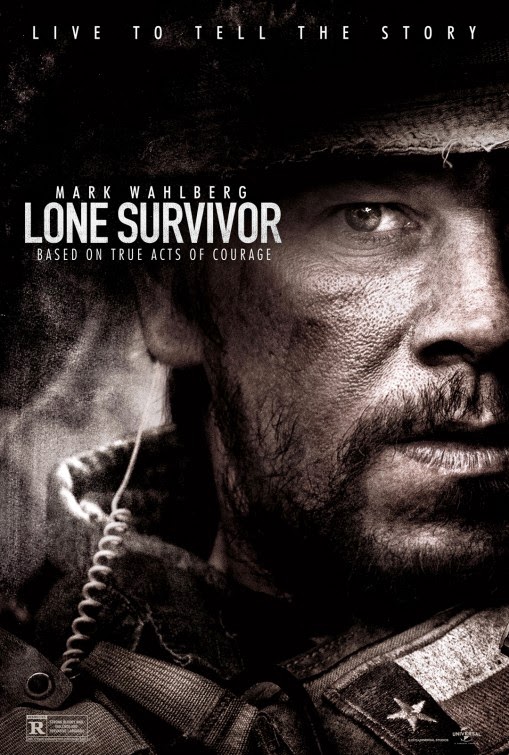 Axelson:  This is a bad spot.

Devotion can be a tricky thing.  Lone Survivor is ostensibly an action film, but because of its source material and the man who lived the experience, the effort that went into making this film seems to have been heavily concentrated on making it have the feel of an “important” story, just as much as a technically proficient action experience.  This is not anything new, but it can have an effect on how impactful a film may be, depending on how strident a film may be in wanting to tell a certain kind of story.  Lone Survivor gets points for depicting a level of intensity not often found in anything other than action-heavy war films, but it is because of how devoted it wants to be to the true story by way of brutality and how heavily supportive it is of the actual men involved in this story that the whole thing ends up feeling less impactful as a standalone film.

Based on the book by former U.S. Navy SEAL Marcus Lattrell, which recounts his experiences during a very difficult mission in Afghanistan, the story presented in this film is remarkably simple, as it all comes down to really bad luck.  It concerns the failed mission Operation Red Wings, from back in 2005.  Members of SEAL Team 10 were sent into a part of Afghanistan in an effort to capture or kill a Taliban leader.  Based on a chance encounter, the men involved, Lt Michael Murphy (Taylor Kitsch), SO2 Danny Dietz (Emile Hirsch), SO2 Matthew Axelson (Ben Foster), and SO2 Marcus Luttrell (Mark Wahlberg), are forced to abandon the mission, only to be engaged by a large number of Taliban forces.  Stranded in the woods, with their backs to the side of a mountain, these sailors are forced to put everything into trying to survive this ordeal, with dire results.

Director Peter Berg, who also penned the screenplay, based on Luttrell’s book, clearly wanted to do everything he could to really tell this story and celebrate the bravery men involved.  That is not necessarily a problem, but it does get to a point where it starts to feel less like an intense piece of filmed entertainment and more like a presentation of saintly martyrs.  Now, this only has to do what I saw in the film.  I have no doubt that Navy SEALS are some of the toughest people out there and the actual story is certainly a pretty horrific ordeal, with a lot of good men dying, due to an unfortunate state of affairs.  Lone Survivor, on the other hand, really wants to revel in showing that the American men involved really did everything they absolutely could, before succumbing to the inevitable. 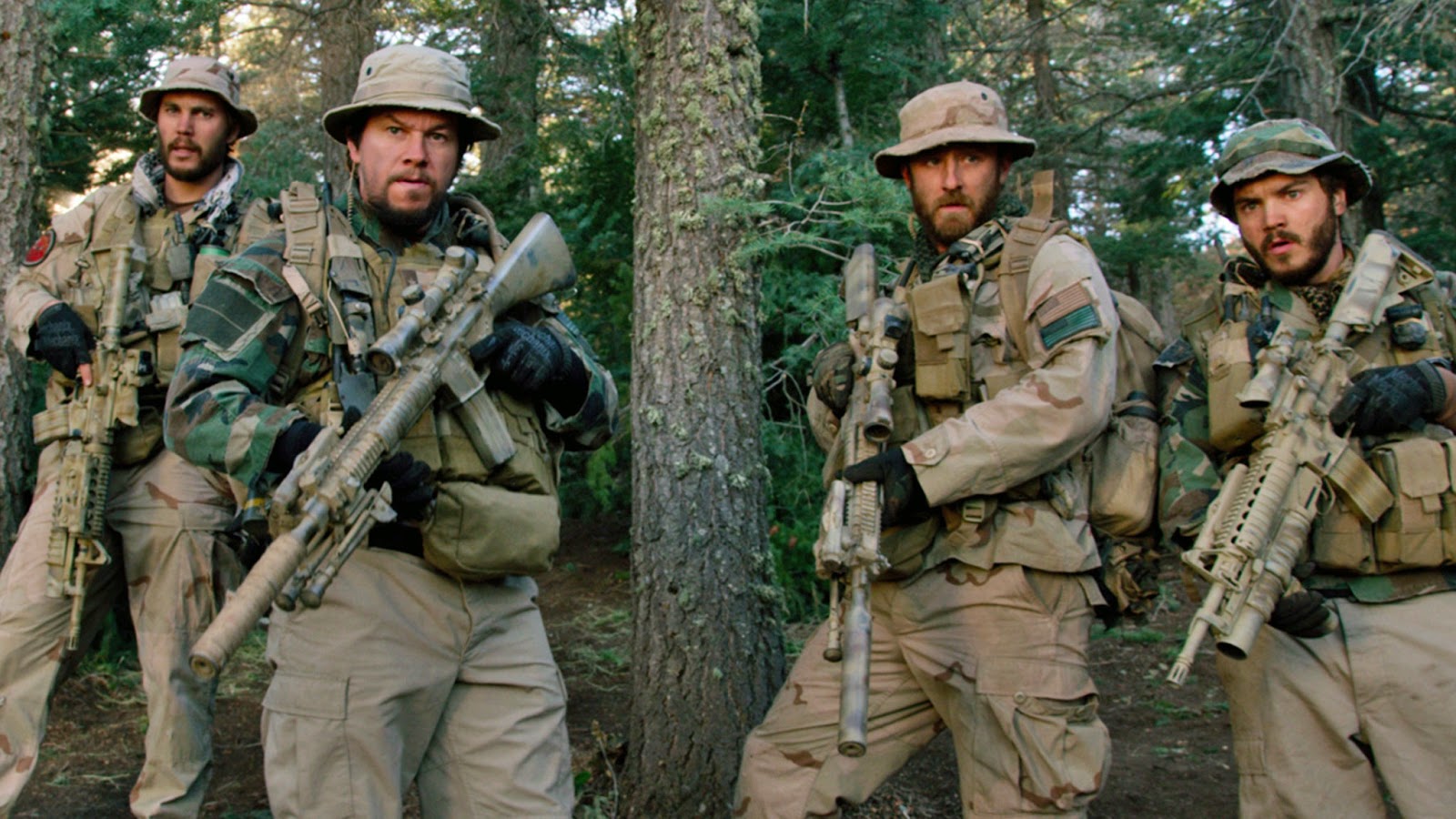 There is a reason why this did not quite sit right with me.  On the one side, Berg once again proves that he is very good at shooting action.  While he has certainly adapted the modern style of shooting action, which involves shakiness and close-ups, Berg has fallen on the effective side of this, as his work still communicates what is going on, the geography of an action sequence, and the impact gunfire has on people (let alone what falling off of a mountain side looks like).  With that said, Lone Survivor moves to points of great excess when it comes to not only seeing the SEALS take hits, but take nearly every one of them in slow motion or graphic close-up.  It is certainly sad to see main characters gunned down, but seeing it occur in a way where every bullet counts in an effort to show just how important this is, because of the “number of hits it took to stop these brave men,” feels excessive to the point of exhaustion.

I say all this because the movie is so action-heavy and has little else to offer that actually seems interesting.  I cannot emphasize enough how well this works as an exercise in action, if that is really all someone wants, but I have seen action films that have a better accomplished purpose.  Lone Survivor, if anything, undercuts its chance at being more accomplished by having a key scene that sets up the action that follows, with the men debating what to do, based on an encounter they have in the woods.  That is a scene that allows for some interesting conversation.  The third act of the film has something of value as well, with regards to what else this movie is trying to communicate, but the depiction led to me question what the real story was, rather than really being invested in this late development and the closing title card that adds a bit more information.

Perhaps I would have been more receptive, were the film not to have had such lengthy bookends.  The opening serves as a reason to understand what it takes to become a Navy SEAL that comes up just short of being a recruitment video.  Berg then chooses to close the film with a lengthy montage of all the men that died on the mission, which provides images and home movies of these men with each other and with their families, but has little impact beyond the assumed notion that we should really be thankful for what they gave for their country.  This is fine, were I to be watching some sort of TV special, but in a film that is already light on other ideas, lengthy montages surrounding real people feels out of place.

With all that said, the actors involved (and their stuntmen) certainly do a fine job.  Kitsch, in particular, stands out as really giving a lot to his performance, given how little we learn about each of these guys.  The opening 15 minutes is nice enough in terms of showing these guys and the chemistry they have with each other.  Given that he is being touted the most, Mark Wahlberg has plenty of time to do his best as well.  This is certainly a different kind of film, compared to an intense docudrama like Captain Phillips, so there is not much of an attempt to show you every side of the situation and it doesn’t matter.  This is a story about SEALs and film is fine for telling that story, I just wish it handled things differently, which is a problem I found with Berg’s work as screenwriter/director.

Given how involved Marcus Luttrell has been in not only the making of this film, but in the promoting of this story, which is very commendable, it feels like Lone Survivor wants to serve some other purpose that goes more along with the narrative of where Luttrell’s life has taken him, rather than fit into a place of other films like it.  For better or worse, the action is fine, even as it becomes too celebratory of the ugliness that can be seen in battle, for the sake of “showing off its heroes”.  Still, I can see how a certain audience will respond very much in its favor.  That is not a bad thing, just not necessarily something I need to be a part of.  There is a lot in this film that works on its own, but the way all the pieces have come together adds up in a way that can really only be acceptable to some, as opposed to all.

Luttrell:  I’m about ready to punch that time card.

Aaron is a writer/reviewer for WhySoBlu.com.  Follow him on Twitter @AaronsPS4.
He also co-hosts a podcast, Out Now with Aaron and Abe, available via iTunes or at HHWLOD.com.
By Aaron Neuwirth
2013 Films Action Based On a True Story Ben Foster Drama Emile Hirsch Marcus Lattrell Mark Wahlberg Peter Berg Taylor Kitsch War Films
Reactions: