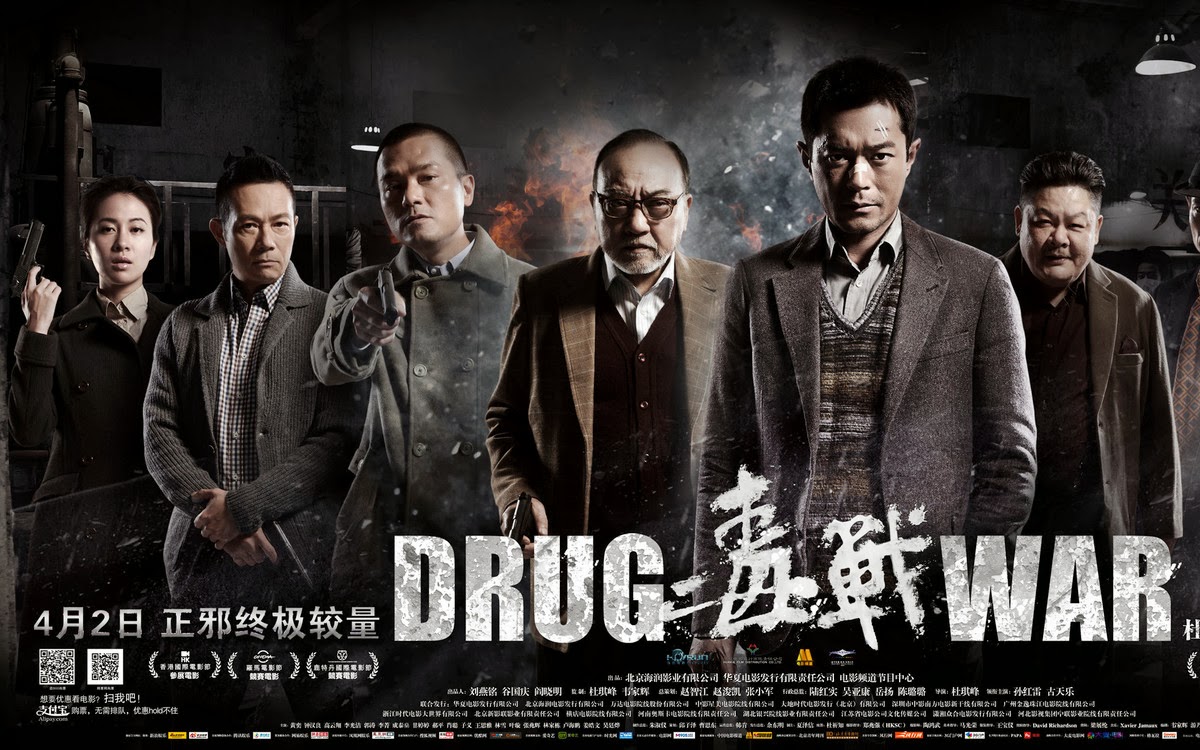 I honestly wish I could delve deeper into certain movies, but alas, I get incredibly busy and can only deal with certain movies to a briefer extent than I would like sometimes.  This is why I write these occasional "brief thoughts" posts on movies I have seen, as I want to at least offer some of my own perspective on them.  This "Brief Thoughts" post will focus on Drug War, the Hong Kong crime drama, from director Johnnie To, which is currently available on Netflix Instant Watch, among other sources.

Timmy Choi:  I don't wanna die.  Is there anything I can do?

Drug War is a solid crime flick.  The plot kicks up pretty quickly and there  is little time spent dealing with anything outside of the main story.  It does have a lot of style, but the film certainly feels like a fine balance between style and substance.  Everything about this film has a believable level of logic to it, given how it is handled, what the screenplay has to offer, and how committed everyone involved in this film seems to be in turning over a good product.  Director Johnnie To has certainly built up a fine filmography full of similar genre pictures and I am very glad that Drug War was able to break out with higher regard this past year, giving people an opportunity to see what he has to offer and hopefully explore his past work.

The story involves a drug lord, Timmy Choi (Louis Koo), who has been captured and makes a deal.  In order to escape the death penalty for his crimes, he will work with Police Captain Zhang (Sun Honglei) to put away the other top members involved in operating the meth ring, within the next 72 hours.  A lot of effort is put in a series of meetings between Choi and the Captain (posing as another corrupt business man), as this non-traditional relationship is tested.  Ideally everything will go off without a hitch and the bad guys will be taken down, but Choi's own loyalties may lead to less than desirable results if he does not disclose all that may in fact be necessary in order to get the job done.

I stayed fairly in the dark on the actual plot and went in knowing only the solid regard Drug War was getting.  While I would not say this is unlike anything I have ever seen, I can say that the film had a great sense of itself, meaning it knew exactly what it was and did not try to deceive anyone to thinking it is anything different.  This is a crime thriller through and through and it provides director To with plenty of opportunities to raise the tension, the stakes, and the excitement, as this story moves pretty quickly, while keeping its story clean and clear. 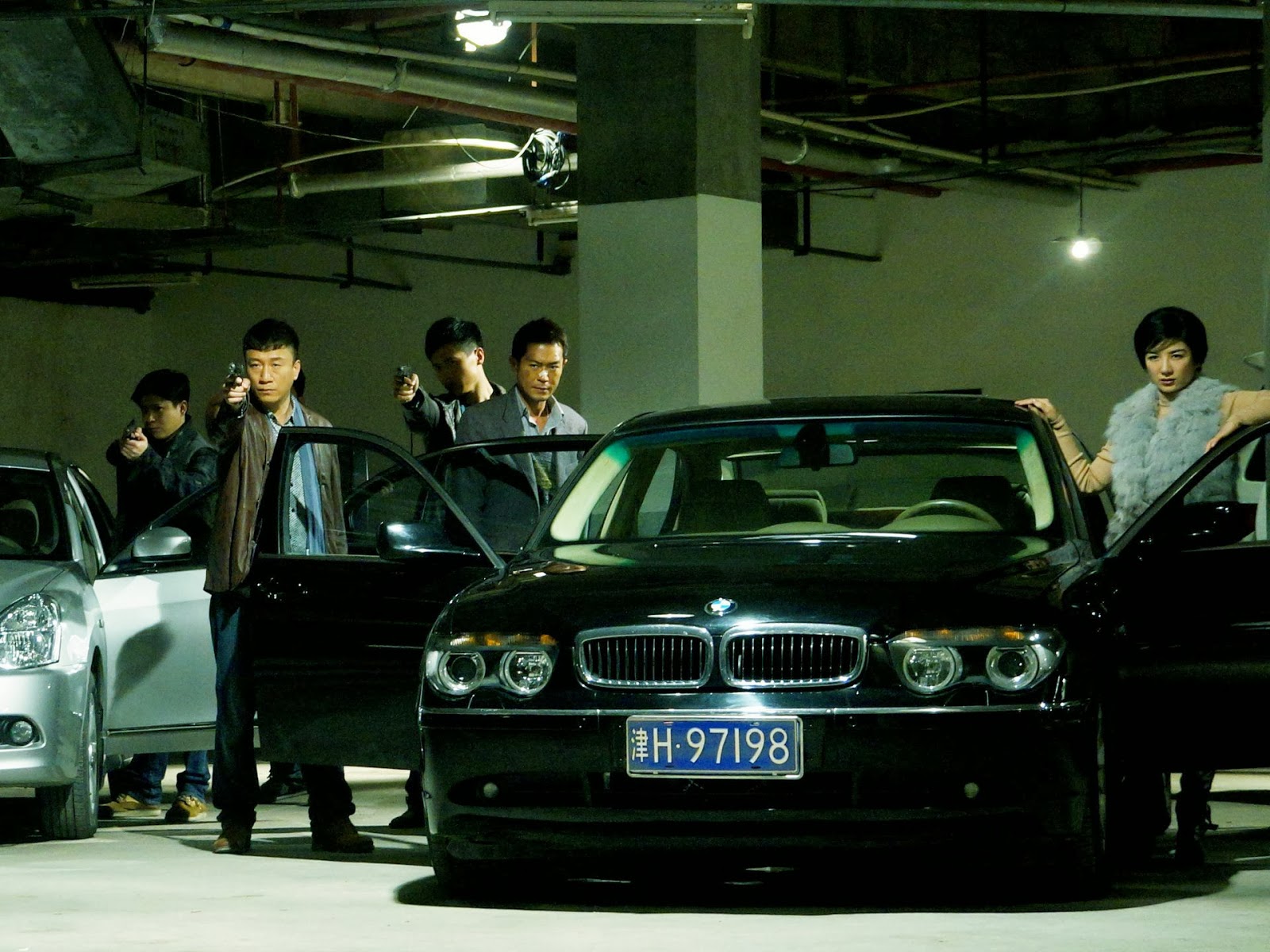 Honestly I would have been just as satisfied if the movie remained devoted to tense conversations, complete with hidden wires, and considering the chance of being figured out or not, but the film does have its share of action, including a pretty terrific finale.  Sometimes a film that relies on closing itself off with a shootout can feel like a lazy way to end a story, but Drug War certainly felt like the kind of film that naturally arrives at its heavy shootout sequences.  And once again, Johnnie To  knows how to make these kinds of sequences work, as the action is not so much "cool" in its presentation, but frantic and gritty in a way that makes you continue to appreciate these Hong Kong action thrillers.

The work by To regular Louis Koo is pretty solid, as he deals with being on both sides of the law.  Sun Honglei's work as the Police Captain is pretty terrific, as you can really see how morally good this man is and it makes you astounded at the lengths he will go to make this whole scheme play out.  There are some interesting themes at play as well, along with some nice homages to films it shares qualities with.  All in all, Drug War was a very satisfying genre exercise, with a bit more going on to make me really appreciate its quality. 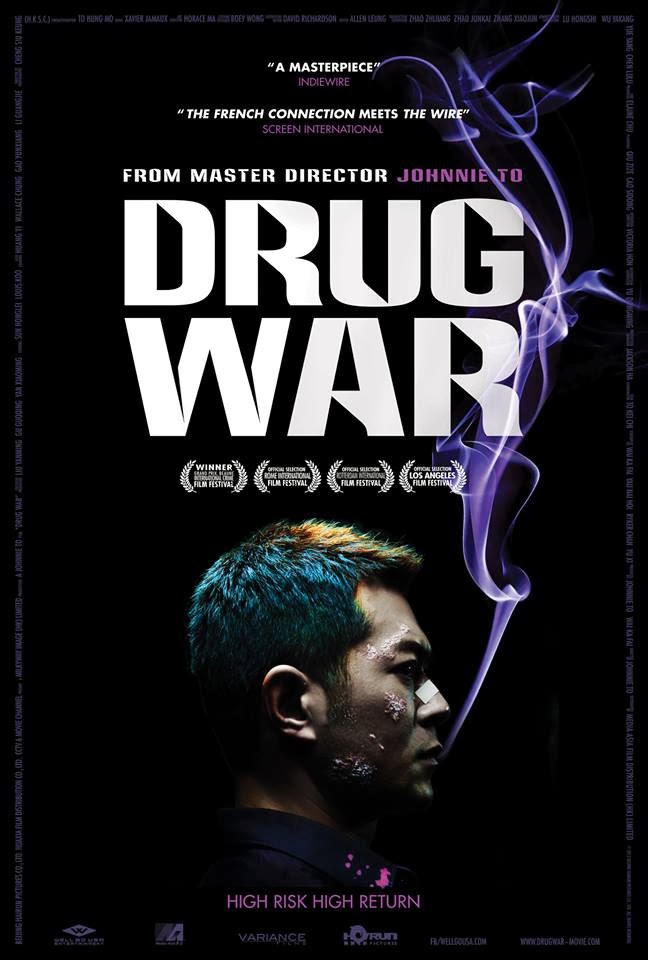