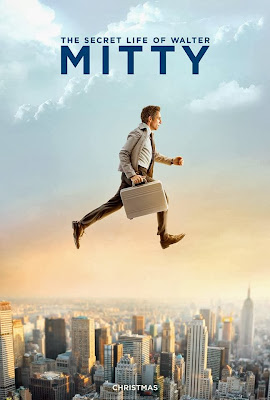 The Secret Life of Walter Mitty:  4 out of 5

Cheryl: Life is about courage and going into the unknown.

It feels like I am already in the minority on this one, but I think it has been clear in my writing over the years that I enjoy enjoying films, as opposed to trying to be negative.  Sometimes my enjoyment falls in line with a majority of other folk who watch and write about film and sometimes I am on the opposite end of the spectrum.  An assumption about The Secret Life of Walter Mitty is that it appears to be a light-hearted adventure comedy made for a trendy crowd, due to the use of various elements in its trailers.  I would not necessarily agree, but that seems to have inspired a lot of ire in the film from some, for reasons that are beyond me.  Now having seen the film, I was very happy to enjoy it for what it manages to accomplish.  The Secret Life of Walter Mitty is a film about one man’s journey that may not have a whole lot of depth, compared to the scope of the film or others like it, but it worked for me in a very crowd-pleasing kind of way and I liked that. 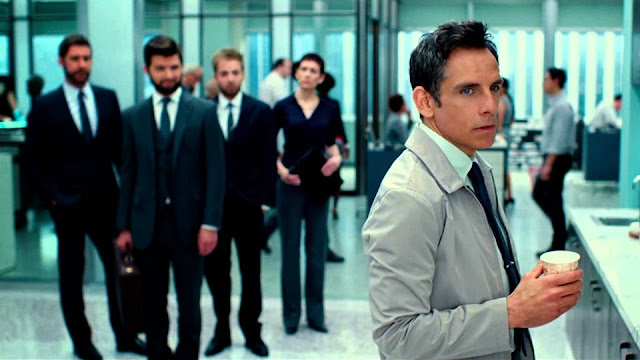 More based on James Thurber’s short story from a thematic sense, rather than a literal adaptation, the film revolves around Walter (Ben Stiller), an employee at Life magazine, who frequently daydreams of alternate ways (often fantastical) to handle situations.  These daydreams usually stem from a lack of motivation or courage to stand up for what he wants or what to take hold of in life.  Everything starts to change once Walter does make a big decision, as he finds himself tasked with locating an important photograph supposedly sent to him by photojournalist Sean O’Connell (Sean Penn).  Walter has to find this photo, so he makes it his mission to do so, which involves retracing Sean’s steps, leading Walter on an adventure to various locations in the world, where he, let alone many other people, may never have considered going to.

There is one clear issue with the movie that it actually manages to turn into a positive, as it progresses further into the runtime and that has to do with making the style work.  At the outset, The Secret Life of Walter Mitty wants the audience to know that this film exists in a hyper-real world, where Mitty can not only have daydreams involving him jumping out of windows and surviving explosions, but also actually dive into freezing cold oceans and battle sharks.  There was a decision made to basically be very on-the-nose about everything, from the visuals to the dialogue and things can feel a bit jarring because of it, especially in its first half. 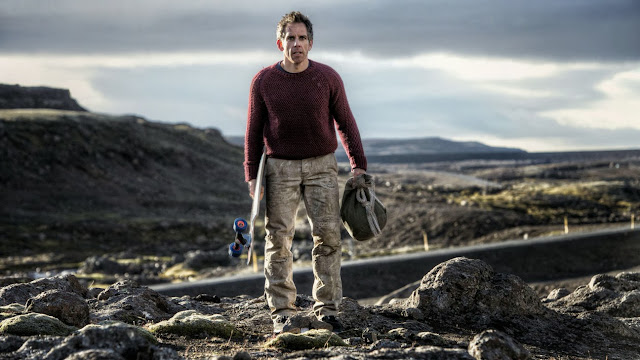 The reason I think it is jarring is because this is a very earnest film, with a specific kind of ambition (and a firm eye on broad quirkiness) that is somewhat new for Ben Stiller as a director.  As most of Stiller’s films have had a satirical edge to them, I guess the notion of putting a sweet-natured film about discovery and finding one’s self is something of a different direction to travel for a filmmaker.  Film’s Stiller has directed like Zoolander or Tropic Thunder are obviously poking fun at aspects of American culture, while ‘Mitty’ is more about celebrating life as unsubtly as possible.

The style and tone of the film does eventually find a way to balance itself out and the film is all the better for it, once it does.  For all the crazy fantasy sequences that occur early on, the best bits in this first hour really do revolve around the characters in their smaller scenes, which goes on to aid the film later on.  The romance subplot is certainly a big part of this.  Much of the motivation for Walter comes from a friendship he forms with the new girl in the office that he has a crush on, Cheryl (Kristen Wiig).  Stiller and Wiig have a nice chemistry together and Cheryl is actually developed as a person that could be very real, as opposed to an impossible love interest that also happens to be perfect and perfectly available for Walter.  Given that this relationship exists, the film finds a way to ground itself, regardless of how predictable the endgame for these two may be. 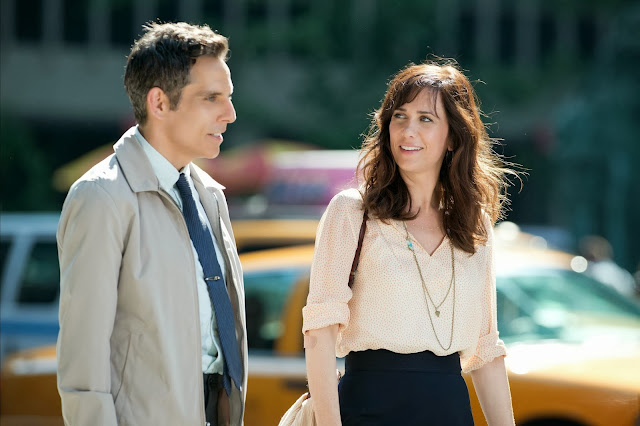 When the film does move into its more adventurous parts, such as Walter heading to Greenland and Iceland through various means of travel, the film does open up for the better as well.  Along with having some great photography of these various locations (cinematographer Stuart Dryburgh does a fine job), the film has a lot of fun with how to keep Walter as the main focus, with the audience discovering what he discovers at the same time.  It provides the film with a sense of exploration that manages to be a lot of fun, before the film settles back down and allows for some drama to kick in.

The Secret Life of Walter Mitty could be classified as a light drama, with adventure/comedy elements, but I do not think that makes it any less of an enjoyable film that can’t be seen by most audiences.  The PG rating should be a pretty big indication of that anyway.  I think that is the reason that the theme of “living life to the fullest” is so broad and obvious, as it is a film made for anyone to enjoy.  Even if it’s not perfect, I am happy to see a film like this during the holidays, rather than a very standard family holiday movie that offers little in the way of substance. 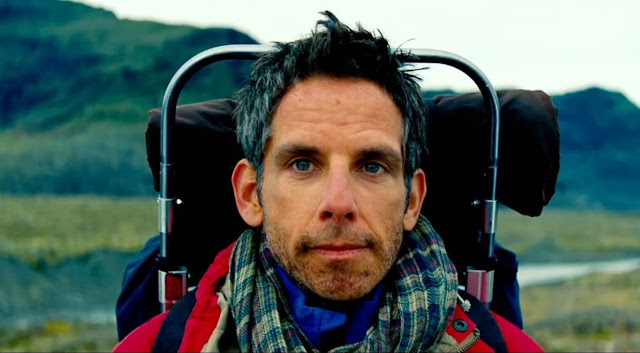 While having very obvious intentions, the film is also quite fun, which went a long way for me.  I do not need every movie, with similar concepts, to have to play things with more “tact” or downplay what they are trying to convey to the audience on a thematic level.  The Secret Life of Walter Mitty is not an arthouse film.  There may be the thought that it wants to succeed on a much grander level, but it does not really do that either, as there is not much more to it.  It is a rather simple film, but regardless, it is fun (with only some shades of darkness thrown in).  I liked watching Stiller (who is quite good in the film) go through these different adventurous scenarios and evolve as a character over time.  The movie has an active imagination and I was fond of seeing it in action.  Sometimes the fantastical flourishes feel overdone, but for the most part I really enjoyed what this film was putting forward and felt very positive coming out of it.

Cheryl:  I like mysteries.  There are parts that I think can’t connect and in the end they do and it makes total sense. 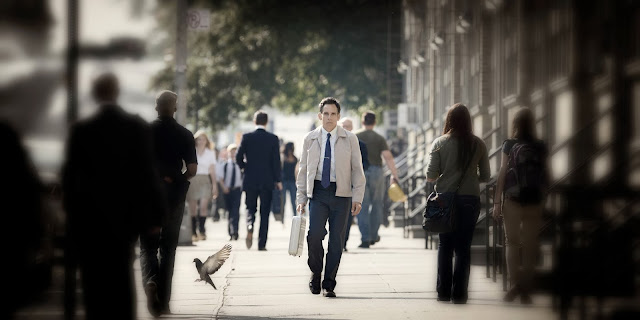