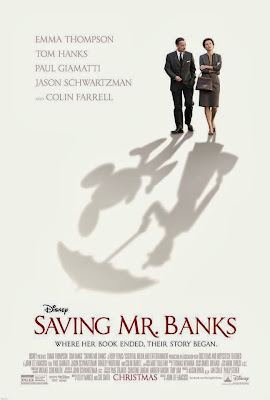 P.L. Travers:  I know what he's going to do to her. She'll be cavorting, and twinkling.

It is not as though I am completely averse to movies with intentions of having good-natured stories or ones that thrive on inevitably sweet and heart-warming outcomes, but sometimes a premise and those involved can give you that idea and sway your interest elsewhere.  I have not seen Mary Poppins in many years and do not exactly hold the film in high esteem, because of that, so a film from the director of The Blind Side, produced by Disney, which involves telling a story about the making of Mary Poppins and Walt Disney’s personal involvement seems like it could go a very specific way.  Fortunately, while the film has its share saccharine moments, there is also a more personal story here, with darker elements here, which focuses on an opportunity allowing for a character to move on with their life.  Some terrific performances really aid the film as well, let alone choices in how the film decides to depict Disney.  All of this turned the film into a favorable one for me. 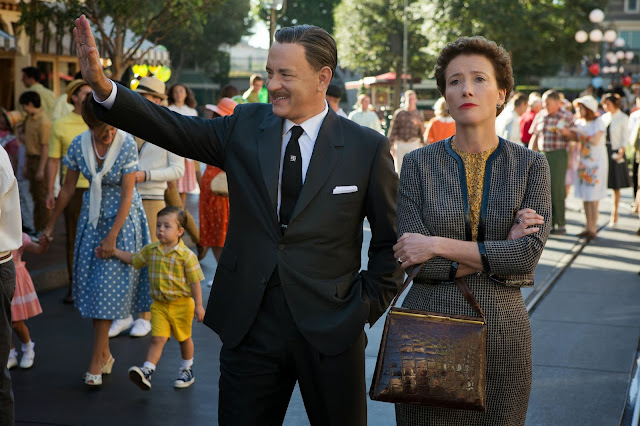 Saving Mr. Banks centers on the life of author P.L. Travers (Emma Thompson), shifting between the early 1900s, with her childhood in Queensland, Australia and the 1961 negotiations with Walt Disney (Tom Hanks) in an effort to turn Mary Poppins into a major motion picture.  While in California, considering whether or not to give Disney the rights and developing the screenplay, Travers thinks back to her difficult childhood in Australia, most especially to her father (Colin Farrell), the inspiration for the Mr. Banks role in Mary Poppins.  These flashbacks create difficulty for her, as she clashes with screenwriter Don DaGradi (Bradley Whitford) and composer/lyricists Robert and Richard Sherman (Jason Schwartzman and B.J. Novak), who simply want to make a film for the whole family.  It may just really come down to the man in charge of the Magic Kingdom, regarding whether or not Travers agrees to sign off on the film.

So spoiler alert right off the bat – Mary Poppins ends up being made into a film.  There I have taken away that surprise.  With that said, it was interesting to learn about this story.  Again, Mary Poppins is not a film that I especially cherish (though that could change in the near future, if I have the chance to see it again), but I certainly know it, so hearing about the issues behind the scenes was an interesting baseline for a story.  I tend to enjoy movies about the making of movies.  Having this concept and having the “modern” side of the film be set mainly in a writer’s room is a pretty good way to have me on board with a film.  Given that this is a PG film, as it should be, there was no question in my mind regarding how the film’s tone would play, let alone a depiction of Walt Disney.  Because of this, the film is quite playful, but could also grow to be pretty trying in places. 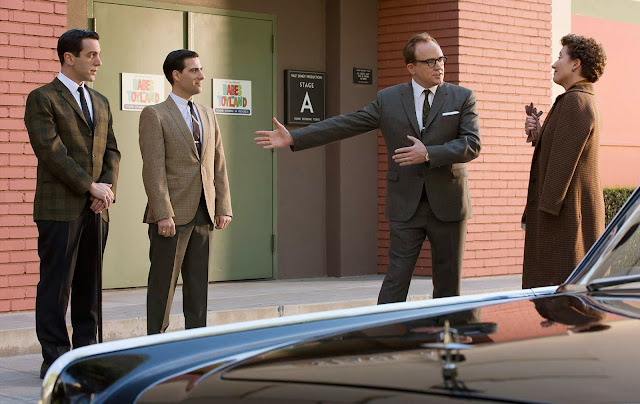 It comes down to what is required of Emma Thompson’s character.  As P.L. Travers, Thompson plays the role as effectively as it is assumed she could.  This is right in her wheelhouse, a proper and respectable English woman, who has some sort of tie to a nanny, and the film makes sure to play up all of these aspects.  It is not that she is cold to others, but she does present herself in a stiff manner, creating some easy comedy in that respect.  At the same time, a lot of the same beats are repeated over and over again, with regards to how Disney wants to do thing one way, while Travers sees something wrong with any of the ideas being presented.  She of course warms to some things over time, but will clash heavily with others.

These elements are not inherently bad, but they do not lead to a film that really interests me, no matter how well performed the characters are, and I do think that Thompson and Hanks play their parts well.  The thing that saves this part of the film from serving as just a simple and trite comedy is how we do see some real drama coming from Travers in the 1961 setting.  I will get to the superb flashback segments in a bit, but I really like how this film approaches Travers’ character as a woman with real baggage regarding her stories and how she is having a tough time letting go of them.  It is here that Thompson really excels at selling a side of the character that is away from making cheeky remarks about the filmmaking process and Disney’s desire to have silly cartoons and commercialized products.  This is also why her scenes with Paul Giamatti, who plays Ralph, her driver in America, are among the best in the film.  After awkward introductions, it is Ralph’s persistence and unflappable optimism that leads to a nice set of scenes between him and Travers, with regards to what can be special in life. 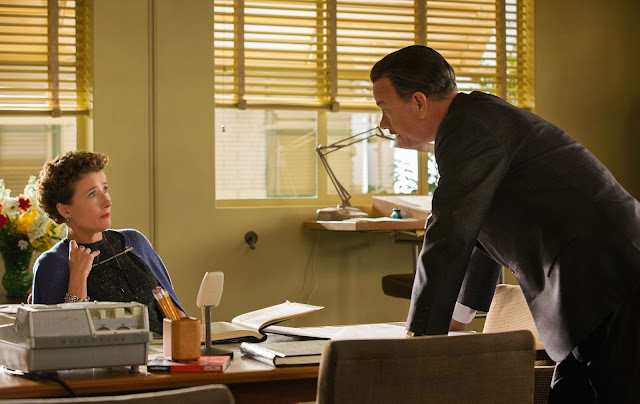 Walt Disney, in ways, serves as an audience surrogate in some portions of the film, which unfortunately provides him with some trailer-made lines of dialogue, such as, “So Mary was there to save the father…,” but has other moments where you see a regular, nice man trying to have a movie made from a book that he and his children love.  Hanks is something of an obvious choice, but an appropriate one, as you need a figure like him to convey an automatic sense of warmth.  Again, this is not an expose on Disney, so seeing a warm-hearted figure is appropriate for the Disney role, but there is still an effort made to underplay a flood of “inspiring Disney imagery”.  Given that this is a Disney-produced film, I admire the choices made, when it comes to how they are depicted here, especially when it comes to Disneyland, which is more shown as an amusement park, rather than The amusement park.

Getting to the true highlight of the film, the portions of this film depicting Travers’ early life Australia are superbly handled.  I am not sure why Colin Farrell is being downplayed in terms of marketing and even awards consideration, but he is absolutely great here as Travers’ loving father, who is also an alcoholic.  Obviously this is much darker material, but the most honesty in this film can be found in these scenes.  They mostly involve the reactions of “Young Mrs. Travers” or Biddy (Lilly Bigham), as she was called by her father, but they are to the actions of both her father and mother, played by Ruth Wilson, who is just as good as Farrell.  I am not suggesting that a whole film about this aspect of the story would have been better, but given that I was not aware how prevalent this aspect of the story would be, it was a very nice surprise. 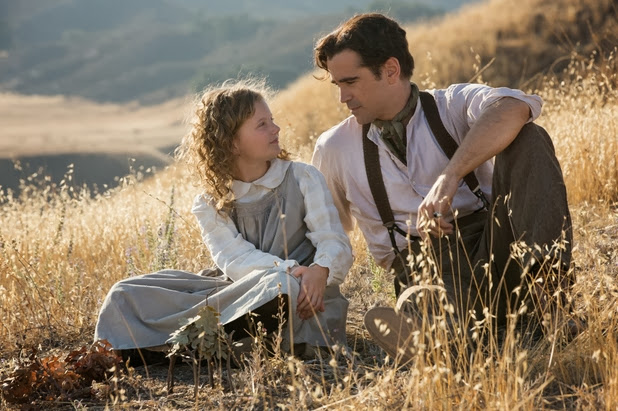 Saving Mr. Banks is a film with very good intentions, with goals that happen to be met thanks to strong performances and an approach to the story that is far less commercially cheery than the commercials may suggest.  I am all for acceptable family films for the holidays, but one that manages to really capture my attention, despite more obvious aspects, is a big win.  It helps that I have plenty of reason to seek out Mary Poppins, but I now have an added level of respect for the film regardless.  Lastly, it should be known that a special treat is in store for those who sit and watch the credits.  At many times these things are thrown in, Saving Mr. Banks is a film that earns its nice little bonus. 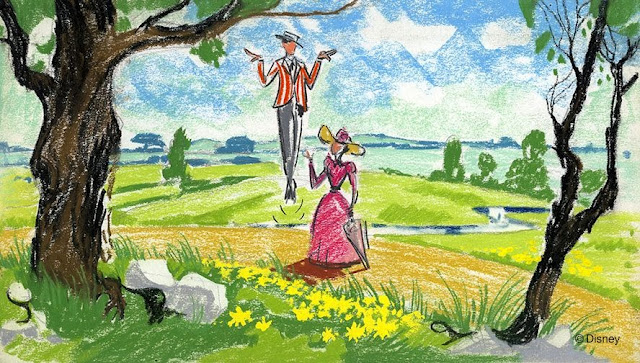 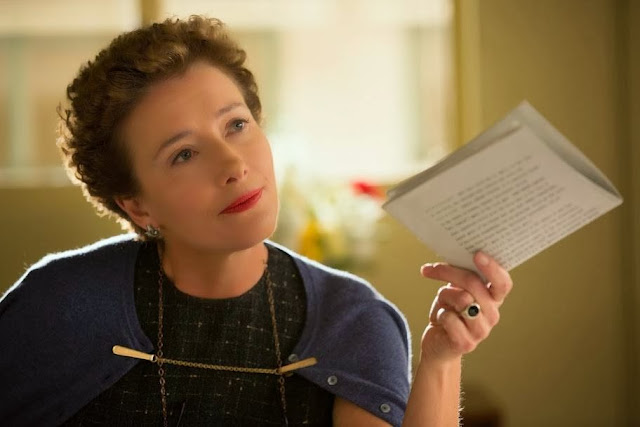 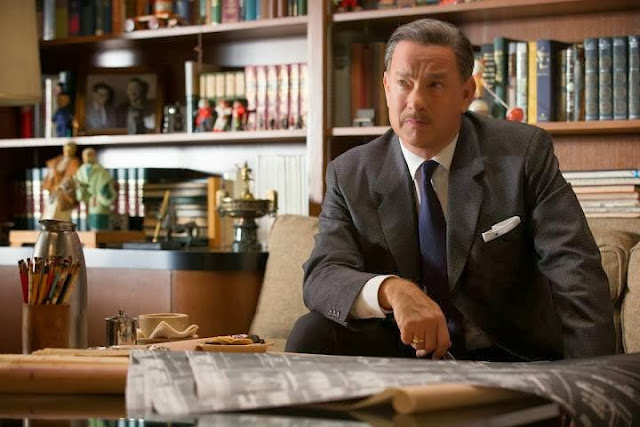