He Likes ‘Her’ A Lot (Movie Review) 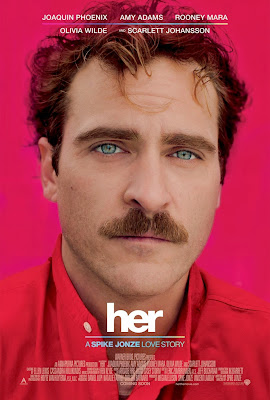 Amy:  Falling in love is kind of like a socially accepted form of insanity.

If anything, I should be mad at Her for upsetting my list of best films of 2013.  Here is a film that I was excited for, as Spike Jonze is a force to be reckoned with, when it comes to directors of wildly imaginative original films (Being John Malkovich, Adaptation), and it turned out to be everything I wanted it to be and more.  Her is a fascinating film about love, loss, the state of technology, and the complications that come with different kinds of relationships, among other things.  It is an inventive and soulful film, with a concept that is taken about as far as it can go, without crossing the line into too far out territory.  It features a strong lead performance, a strong lead vocal performance, and some rather effective and affecting supporting ones as well.  This is a film that has just about everything I would like to see in an alternative type of romance-drama and it only helps that it is occasionally very funny. 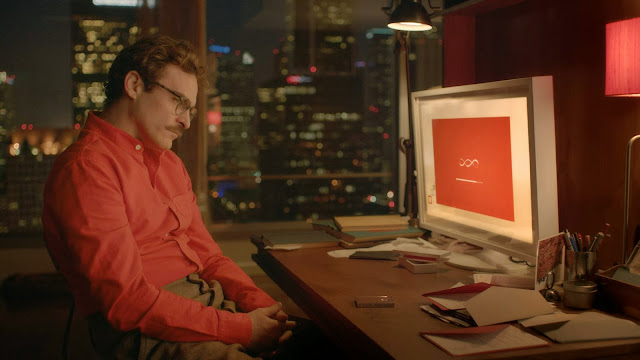 Joaquin Phoenix stars as Theodore, a decent man who works at a company that specializes in having personal letters written for other people.  The film takes place in a plausible near-future reality, where technology is at a point where everyone can manage their lives (e-mail, contacts, schedules, etc.) via voice commands to their mobile devices.  A new type of operating system is released, which basically involves artificial intelligence to create a personal digital entity for every user.  Theodore initiates his new OS, who gives itself the name “Samantha” (voiced by Scarlett Johansson).  The relationship between Theodore and Samantha grows very strong, as Samantha is able to constantly evolve and develop, while Theodore begins to open up in new ways as well.  From there, the relationship between a man and technology deepens in very interesting ways.

I love how this film does not dwell on certain ideas, despite effectively portraying a lot of them on screen.  I am mainly referring to how Her is technically a science fiction film, but it puts a lot of that stuff in the background.  Yes, the central romance is between a man and the female voice of an operating system come to life, but the film knows how to treat this relationship.  There is little time spent on getting into the mechanics of Samantha and the portrayal of technology, in general, feels like an organic part of the world that does not need much explanation (the involvement of a particular video game is a great example of this).  We get a sense of how things are, how they manage to feel like inevitability for real life, but we are not hit with much commentary about it, as that is not what this film is. 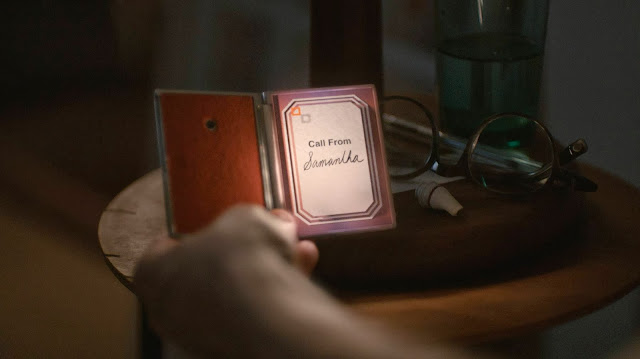 Writer/director Spike Jonze does a great job at building the world around these characters by underplaying it, despite having taken the time to have clearly developed the backgrounds, the style of dress, the trends that are popular in this unspecified future, etc.  That is always an impressive feat, as it makes everything feel more lived-in and natural.  Because of that, we are allowed to take in the concept being presented to us quite easily and able to focus on what really matters and that is this story and the characters involved.

Phoenix is starting to feel underrated to me as an actor, despite the reclaim he receives for his various roles.  Between this film, The Master, and Walk the Line, among other roles, which all require a different sort of effort to make work, he has truly become a magnificent actor.  In Her, he is basically playing a normal guy, with a tortured soul, as he is dealing with a recent breakup, only to find something new in Samantha.  The way we see this man open up and show developed feelings that escape the awkward and quite strange notion of having the recipient not be an organic creature is very compelling.  This relationship is also sweet in a way, entertaining at times, and effectively challenging, as there needs to be some sort of story to tell.  All of these aspects involve Phoenix, who is in every scene of this film, and he is constantly putting his all into this wonderful performance. 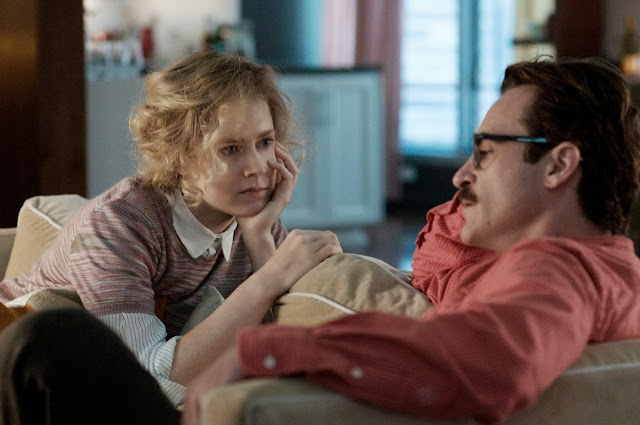 Regardless of how it was accomplished, the finished film manages to sell this relationship due to both Phoenix and the effective vocal work by Johansson.  The best way to say it is that the way this duo is edited together really clicks for the film.  It also comes down to a tightly constructed screenplay, which really explores this concept and does not betray its own idea for the sake of easy humor or melodrama.  This is not the film that has Theodore suddenly realizing that it really was a human being that he needed the whole time or one that has some other sort of cop out to resolve its story.  Her is much smarter than that and knows how to work on an emotional level, while still developing ingenious ways to bring this journey to an appropriate endpoint.

There are so many other great things about this film as well.  The trio of supporting actresses, Amy Adams, Rooney Mara, and Olivia Wilde, each offer something to this film with great success.  Adams is a friend of Theodore’s with a nice relationship, based on a sweet level of care they have for each other.  Mara is Theodore’s soon-to-be ex-wife, with the kind of chemistry that really suggests two people that have grown apart, despite flashbacks depicting the opposite.  And Wilde is around for one scene that really helps show what kind of person Theodore is, while doing a good job herself of creating a solid character in a small amount of time. 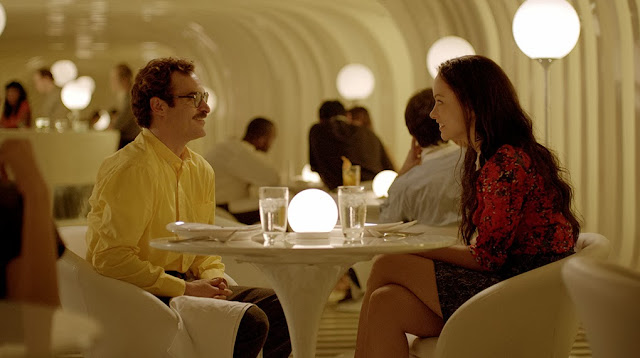 Jonze also made a very good looking film.  I have addressed the world-building already, but along with the minor use of effects to create some backdrops, the look of this film in general and the cinematography handled by Hoyte van Hoytema really allows one to invest in the intimacy that Her is going for.  There is something to be said for a film that has a softer look that allows for an even deeper involvement with the characters, but something about the visual style of a film that does not call a whole lot of attention to itself, as far as fancy camera work goes, is an aspect worth noting.  Also worth noting is the solid score for this film by the band Arcade Fire.

I loved Her.  It is easily one of the year’s best, with a lot of credit going to all involved, but especially the mind of Spike Jonze.  He has created a dazzling film, with some exceptional performances really bringing it all together.  There is a variety of ways a story like this could be expanded on, but instead of going for darker or more satirical routes, Her remains intent on telling a sincere love story, with a good number of laughs along the way.  There is a strange film here for sure, but I was very happy to be caught up in this most unusual of love stories. 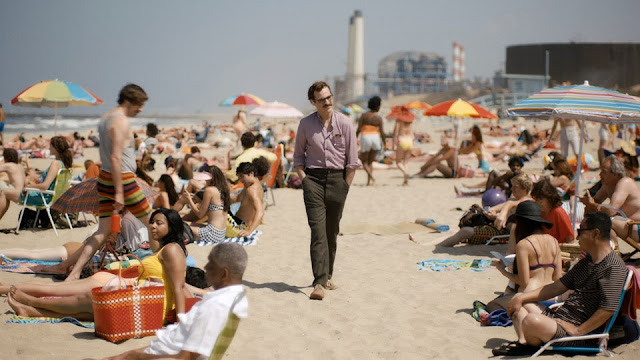