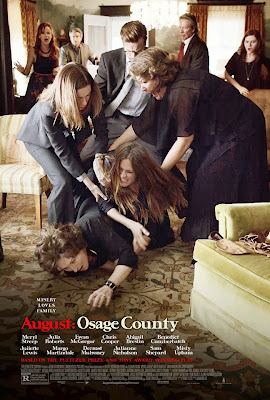 Barbara:  We're all just people, some of us accidentally connected by genetics, a random selection of cells. Nothing more.

This matters very little in terms of my thoughts on the film, but I do not much care for the way this film is being marketed.  August: Osage County is a lot of things.  It is a well-acted drama, with some comedic moments.  It is based on an award-winning play by Tracy Letts.  It involves a family coming together to mourn the death of a loved one.  It is not the kind of film where family members bicker, but manage to all come together in the end and celebrate the “true meaning of family”.  It is not about a sassy, fire-spitting matriarch who is also loveable, with her children standing behind her in the long scheme of things.  I like this film and the actors in it, but it is not the feel good comedy-drama that is being sold to audiences. 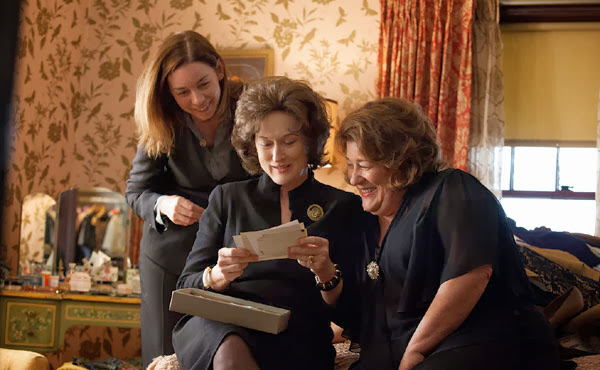 August: Osage County revolves around a family that is brought back together in Oklahoma for a funeral.  Given the ensemble cast, I am just going to run through all of these characters.  Meryl Streep is Violet, the family matriarch, who is a pill-popping, alcoholic mess of a mean person.  Julia Roberts is Barbara, the eldest daughter of the family, recently separated from her husband Bill (Ewan McGregor), who has come to the funeral, along with their daughter, Jean (Abigail Breslin).  Margo Martindale is Mattie, Violet’s chatty sister, who is married to Charles (Chris Cooper).  Charles is known for being high a lot, but he is also very kind, especially to his son, Little Charles (Benedict Cumberbatch), who is a bit slow.  Juliette Lewis is the youngest daughter of Violet, Karen, who has come with her new fiancé, Steve (Dermot Mulronney), which rhymes with sleaze.  And lastly, Julianne Nicholson is the middle child, Ivy, who tries to keep her head straight in the face of a lot of drama.

There is little else to explain regarding the plot of the film, as it comes down to discovering for oneself what it really is that brings this family together, as well as why they are the way that they are.  Obviously new discoveries will be made, along with characters reflecting on who they were and who they have become.  The movie excels at this aspect because the ensemble cast is made up of very talented actors.  No one would deny that for someone like Meryl Streep, but an actress like Julia Roberts is really going off of her normal path, which is an easy way of saying that a lot of these roles are not glamorous.  No one really comes out of this film looking amazing, beyond the strength of their performances. 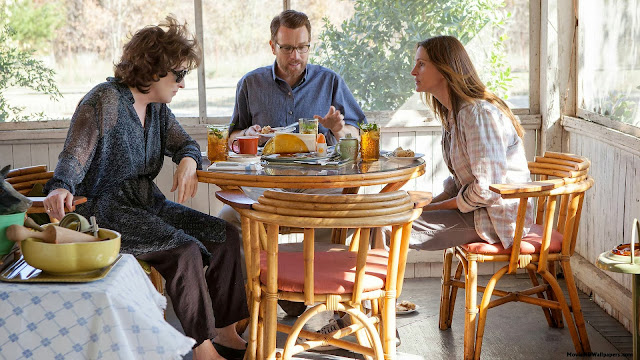 I can single out a few actors, but I first need to note that this film was pretty depressing.  It has its share of comedic moments, but this is very much a film about characters putting other characters down or making them feel bad about themselves in an effort to win an argument.  It makes no matter whether or not I have seen the play and this is not necessarily an aspect that makes the film “not as good” to me, but the film and the directorial hand of John Wells does feel like it struggles to get the tone balanced as well as it can at times.  With that said, it was a relief to have actors like Christ Cooper and Benedict Cumberbatch bring a level of sweetness to an otherwise very bitter film, with both of them having moments in the film that got the biggest reaction out of me.  Yes, one of Cooper’s biggest scenes does involve him arguing with another character, but it comes from a place I was actually rooting for, rather than watching someone find a way to cleverly state why they are better than someone else.

It is not that I needed August: Osage County to be a bowl of sweetness either.  I am very pleased that this film and the original source material is not one that wants to show how “nothing can break the bonds of family” or something just as familiar.  This is a messy film that ends in a messy way.  It is not a matter of being authentic, but it does feel like a story that exists somewhere.  I actually prefer the way a film like this handles the story it is trying to tell, in terms of what developments occur, regardless of how nasty it was in getting there.  It just also helps when the film feels very fluid in telling that story, which is where I run into my main problem with this film. 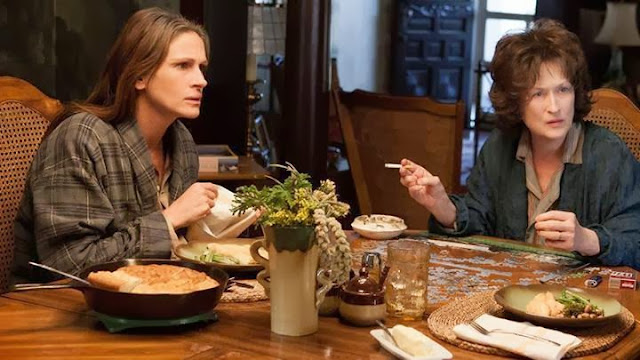 A common issue I find with films adapted from plays is how stagey they tend to feel.  There are times when it feels like a non-issue.  Ironically, the last Tracy Letts adaptation I saw (the wonderfully dark Killer Joe) did not have this problem.  Somewhat fittingly, the last time I was very easily distracted by the staginess of these kinds of film was from another “Meryl Streep is intolerable” film, Doubt.  With August: Osage County, I kept feeling the film be limited by the constraints of its origins.  There are only a few main settings, which characters wander into, have lengthy discussions, and then move on into the next set.  Whether or not it has to do with Letts’ adaptation of his own work or the direction from John Wells, I can’t say I was really taken in by the cinematic nature of this film, even when it got to some shots of the rural environments or observations involving this big country home Violet lives in.

For me, August: Osage County amounted to a film featuring good actors giving good performances.  Given that it is not a story that I really want to revisit, mainly due to all the nastiness outweighing the moments of levity, and the none-to-special nature of the filmmaking, I really cannot give it more credit than I have.  Everyone came to play, that’s for sure, but there is not much else that I really want to dwell on in regards to this film.  But hey, if you have not gotten enough of Meryl Streep putting on a new persona and watching her be horrible to others, this is sure to be the best treat you receive this Christmas.

Barbara:  Listen to me: die after me, all right? I don't care what else you do, where you go, how you screw up your life, just... survive. Outlive me, please. 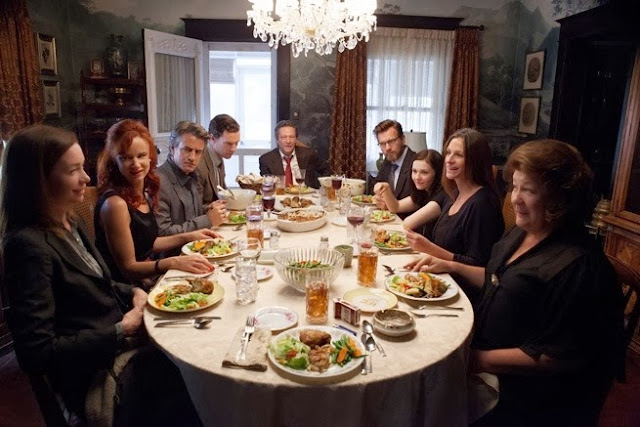 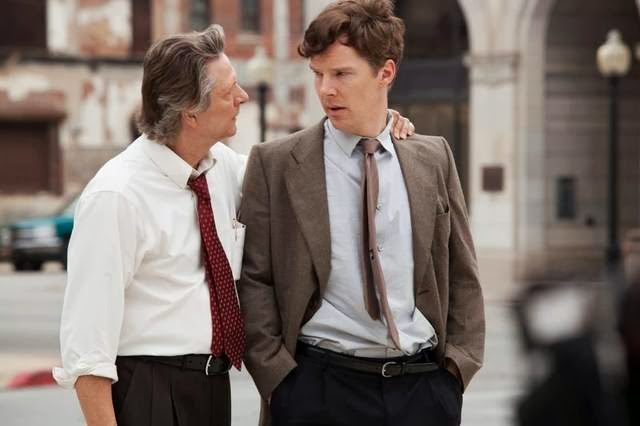