I honestly wish I could delve deeper into certain movies, but alas, I get incredibly busy and can only deal with certain movies to a briefer extent than I would like sometimes.  This is why I write these occasional "brief thoughts" posts on movies I have seen, as I want to at least offer some of my own perspective on them.  The following is a brief review of the 2013 biopic - Mandela: Long Walk to Freedom, starring Idris Elba.

It is always very difficult to put together a biopic based on the story of individuals who were able to accomplish so much and live such large lives.  Steven Spielberg figured out a way to do it with his take on Abraham Lincoln, in Lincoln, as he focused on a very specific time frame.  Clint Eastwood attempted to handle the story of Nelson Mandela by also focusing on a specific time in his life, basing Invictus around the 1995 world cup, which followed the dismantling of Apartheid.  Unfortunately that film felt like it was holding back, regardless of how spot on Morgan Freeman may have been.  There have been other portrayals of Mandela as well, but now we have one that focuses on pretty much his entire life, up to becoming President of South Africa.  The results are somewhat problematic. 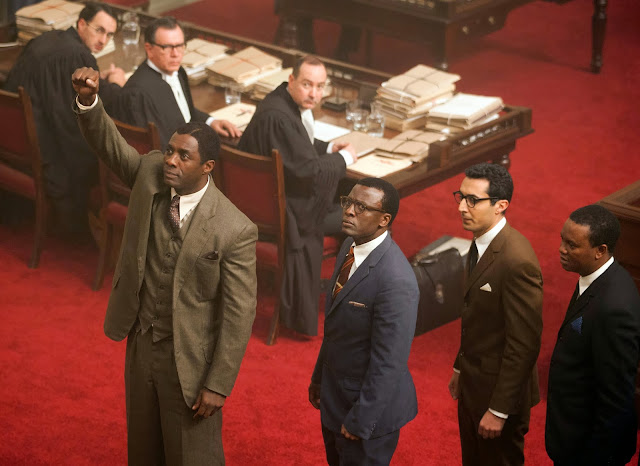 Despite featuring a very strong performance from Idris Elba as Mandela, along with an equally good one from Naomi Harris as Winnie Mandela, this all-encompassing take was not as strong as I would have hoped.  Coming off more of a greatest hits collection, the type of problem one would expect from trying to collect all of a man's life into a film (even one that lasts 2 and a half hours) , is exactly what holds this film back from being something greater.  All of the respect is there.  Everything that went into bringing key moments to life certainly has the effort to show for it (some nice visual filmmaking on display).  The film even runs circles around J. Edgar, when it comes to depicting an actor at an older age with makeup (seriously, Idris Elba looks great as older Mandela).  Unfortunately, there is not enough weight to back up what this film is trying to do in telling Mandela's story.

Sure, the film manages to find a way to describe a lot of the significant events throughout Mandela's life, along with what Winnie went through, but I kept wanting to know more about a lot of these different aspects of these situations.  Instead, while the film is structured around significant portions of Mandela's life, it seemed like we were being held at arm's length of what else came with the revolution Mandela was a part of.  The film goes through the motions of a fairly by-the-numbers biopic, so we get the idea that "stuff was bad" because of injustice, but the film amounts mostly to Elba saying inspiring words as Mandela, dramatic music, and moving on to what is next, based on how a history book would best sum up the next significant date.

With all of that said, I would not completely write off this movie.  I do think the work from Elba and Harris provides enough reason for the film to be viewed at some point.  The film is certainly respectable to the man, who (at the time of this film's release) only recently passed.  It makes some attempts to shade Mandela, the man, and not just portray him as a perfect, shining figure.  This is what comes with Elba, Harris, some of the other supporting actors, and some solid moments that come from the crafting of the screenplay, which is of course based on Mandela's own novel.  Still, I can only imagine how much more I would have liked a week-long mini series, with all of the same people involved and more time to really digest the importance of this man's story.

A decent effort overall, as its heart is in the right place and the acting is strong, I just wish we got either more focus or a format that could support a longer version of this story. 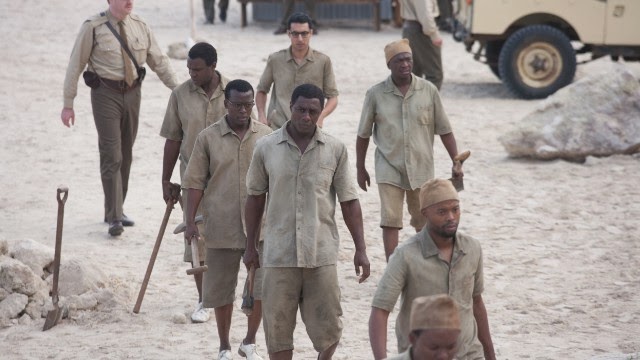 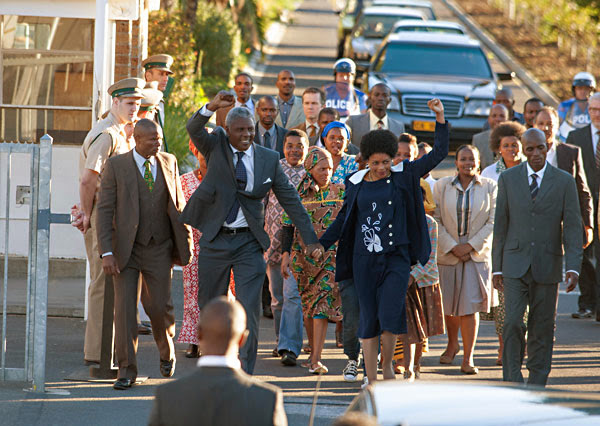