Brief Thoughts: The Lords of Salem 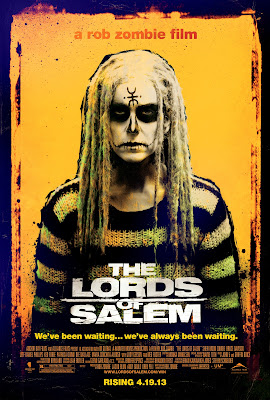 I honestly wish I could delve deeper into certain movies, but alas, I get incredibly busy and can only deal with certain movies to a briefer extent than I would like sometimes.  This is why I write these occasional "brief thoughts" posts on movies I have seen, as I want to at least offer some of my own perspective on them.  The following is a brief review of Rob Zombie's The Lords of Salem.

Megan: On a rare occasion, a special child appears.

This was not something I had planned to do, but I was honestly so taken by the latest film from writer/director Rob Zombie that I had to post something.  The Lords of Salem is something of a different step for Zombie, as he moves away from characters constantly stringing together a poetic use of curse words and uneasy depictions of brutal violence in exchange for a deliberately paced film indebted to 70s paranoia features and various horror films involving satanic worship.  Zombie himself sites Ken Russell as an inspiration, but Dario Argento and Roman Polanski came to mind as well.  I have had conversations with friends before about how Rob Zombie has been developing himself into something like the Tarantino of horror films in the way he takes from what he knows to make films that can be very clearly categorized as "Rob Zombie features" and even if he is not on the same level as Tarantino, the effort is certainly there. 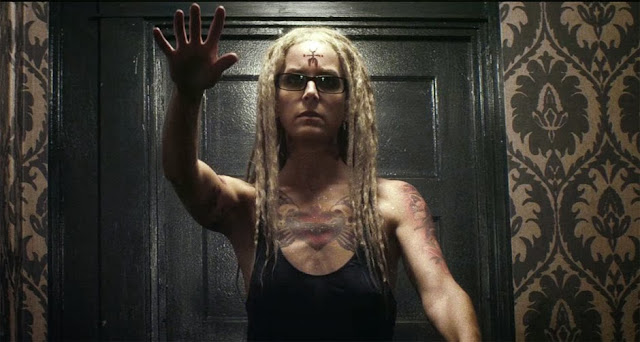 The Lords of Salem revolves around a DJ/reformed drug user, Heidi (Sheri Moon Zombie), who is sent a box containing a record.  The record is from a group only referred to as "The Lords" and the track that plays is this haunting piece of music that triggers disturbing thoughts in Heidi's mind.  Set in Salem, Massachusetts, the rest of the film revolves around Heidi slowly making a turn for the worse, while those who care about her demonstrate this in different ways, regardless of whether or not they no more than they let on.  At the same time, an author (Bruce Davison) who has written about the Salem witch trials begins doing more research, after hearing the record from "The Lords" on the radio.

It is one thing to say that The Lords of Salem is unconventional, but it really feels like a product of the 70s/early 80s period of horror, where it would feel right at home, were it to be released then.  Hell, the film does very little to call attention to the fact that it is set in modern times that it very well could have taken place in the 70s.  Regardless, it is a weird film, no doubt, and certainly not one that everyone is going to enjoy.  With that said, Rob Zombie has really gone out of his way to do something different, despite some spiritual ties to some of his previous features.

As mentioned, the film is not all F-bombs galore and filled with carnage.  Instead, this is a carefully paced film that really knows how to create an uneasy tension throughout, even in its more "normal" scenes, before some very strange imagery really begins to take over.  This is the first time I actually found myself scared during a Rob Zombie film, with some nicely timed minor jump scares working well with how the film sets up various moments of dread. 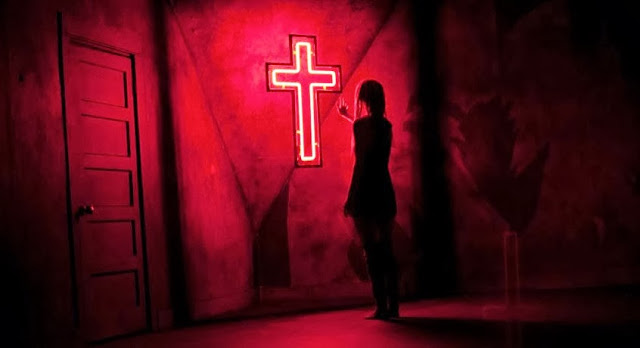 It certainly helps that the film looks really good.  Story and dialogue may be one thing, but I have always seen plenty of good in the way Zombie shoots his films, let alone potential to do even better, and The Lords of Salem is a very good-looking film.  Yes, the satanic cult stuff can be uncomfortable to watch, but that is the kind of horror film this is - one that wants the viewer to feel uneasy and has minor amounts of body horror to go along with it.  That said, the use of color, patterns, and other aspects of the production design are pretty great, especially considering how this is pretty much an independent film (no use of CG, by the way).

I will lastly make note of the cast, as Zombie has continually done a good job at getting surprisingly good-to-great performances out of those who sign up to be in his films.  Sheri Moon Zombie turns in her best work to date, which may not be saying much, but speaks well for this film.  While Rob Zombie continues to make it clear how much he loves his wife's butt, Mrs. Zombie is also given the chance, on camera, to really portray a character that is seemingly lost and given the strangest of calls that propels her in a downward spiral, forcing her to deal with past issues and finding herself fairly helpless.  And when Zombie is not providing all that is needed to really sell certain scenes, she thankfully has co-stars to assist, which includes Davison, Jeff Daniel Phillips, Judy Geeson, and Meg Foster among others.

While I have remained interested in Rob Zombie as a filmmaker, the various chatter surrounding this film had me more curious than excited to see it.  I am very happy to have been so surprised by how much I enjoyed The Lords of Salem.  While I still find The Devil's Rejects to be the best thing Rob Zombie has done, these interesting steps have me quite happy to continue anticipating whatever kinds of strange pieces of work Zombie may be turning out in the future. 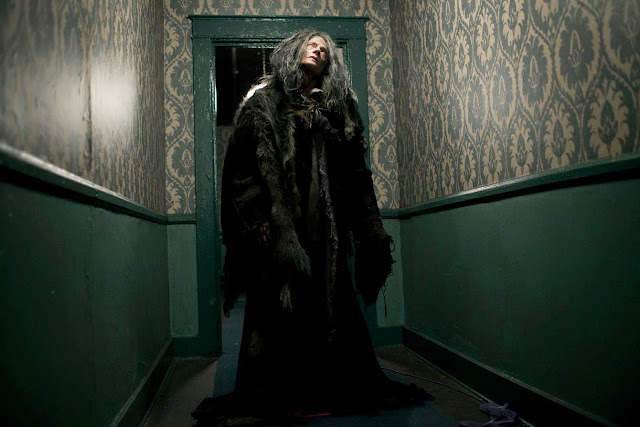