I honestly wish I could delve deeper into certain movies, but alas, I get incredibly busy and can only deal with certain movies to a briefer extent than I would like sometimes.  This is why I write these occasional "brief thoughts" posts on movies I have seen, as I want to at least offer some of my own perspective on them.  The following post contains smaller reviews for Blue is the Warmest Color, Enough Said, and Philomena. 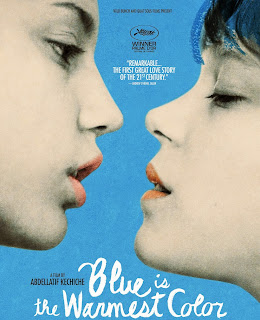 Here is a coming-of-age film masked as a romantic drama.  It is the story of Adele (Adèle Exarchopoulos), whose life is changed when she meets Emma (Lea Seydoux), a young woman with blue hair, who will allow her to discover desire, to assert herself as a woman and as an adult. In front of others, Adele grows, seeks herself, loses herself, finds herself.  I took that last bit from IMDB, but as cheesy as I think it sounds, it is fitting for the film I watched in terms of a broad understanding.  A blunt way to put it is how this story of two lovers that is explored in full and leads to one character really understanding what it means to grow up and the impact and toll that emotions in their most naked form can take on someone.

This film, from director Abdellatif Kechiche, is thee hours long and you better believe that a close look at practically every aspect of this relationship is explored, which includes extended love scenes.  I do not want to get onto this element of the film too much, but I will say that I gathered an understanding with what the film was trying to do by showing us prolonged sequences of these two women being intimate with one another.  But that said, I can't say the length of the scenes had the same kind of impact that other prolonged sequences in film have had, like say some of the extended scenes of violence in 12 Years A Slave.  It could come down to an aspect of American culture versus other countries, but it is frankly uncomfortable to be watching something so personal for such a long time, which does not seem like the feeling one should necessarily be having.

Moving on though, I really loved the way this film played out, with its deliberate pacing and handle on telling this story through the eyes of Adele.  Exarchopoulous (along with having my favorite new name to say) is tremendous in the lead role, with her performance really providing a full spectrum on who this person is, how she develops, what complications make the drama surrounding her life have an impact for the viewer as we see how things play out, and an assortment of other qualities that really felt fully realized.  Credit goes to Seydoux as well, who navigates tricky territory as a partner who moves past being a traditional type of desirable companion and into a much more complex individual, fitting of the conversations we observe between the two characters.

I found a lot to admire about this film, as it is incredibly well acted, beautifully shot, and has a story with a length fitting for epics, but still manages to feel appropriate for what we get to observe, despite my misgivings about the extended scenes that come with it.  In a year where I have enjoyed many coming-of-age films, this is certainly one with an entirely different feel. 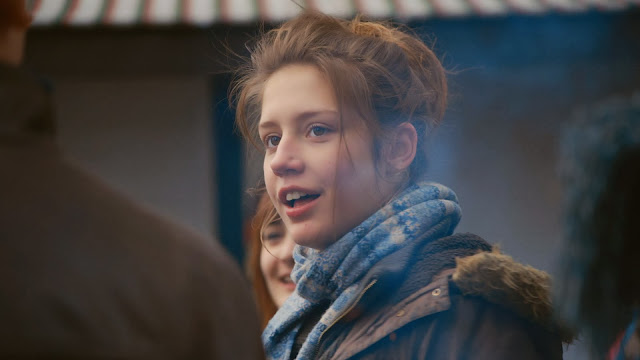 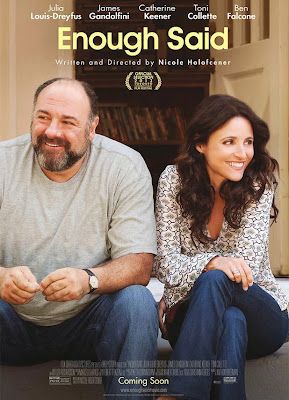 This is a film that has received a lot of praise due to its performances.  I do not want to dwell on the fact that it features one of the final performances of the late James Gandolfini, as that should not effect how one views this film, but at the same time, how can it not?  Gandolfini was often a great presence in film (and on The Sopranos of course), whether playing warmer or more imposing characters and he will be missed.  As far as this film goes, he is quite good.  After seeing him take a particularly vile (but great and often hilarious) turn in Killing Them Softly the previous year, it was a delight to see Gandolfini playing the lead love interest in a film about adults.

That is what Enough Said is, a film about adults, but the true star is Julia Louis-Dreyfus, who plays Eva, a divorced massage therapist.  Eva strikes up a relationship with Gandolfini's character, Albert, but is taken by surprise to learn that a new friend of hers, played by Catherine Keener, is actually Albert's ex-wife.  Eva continues on with both relationships anyway, without telling either the truth.  The film comes from director Nicole Holofcener and I definitely enjoyed how this film plays with the idea of the lead female character being the one who is so flawed.  Of course, this film could resolve itself early on if a simple decision was made, but instead we proceed down this tricky route that leads to some comedy, but also a lot of drama.

Nothing is inherently wrong with this, but the fact that the stakes are so low and the film continues Holofcener's knack for depicting "white people problems" on screen, in a very non-diverse LA environment no less, really got me nowhere in appreciating this film any more than I could.  The performances are certainly solid, that is where the praise is at for a reason, but I can only take so much of the simple and sweet chemistry between Louis-Dreyfus and Gandolfini or Keener's new age ways, before really considering what else this film has to offer, which is not a whole lot.

Again, I do like that this is a film about adults in real relationships, I just wish there was something more to it.  I will miss Gandolfini and he did a great job at playing a down to earth character in this film, along with Louis-Drefus, who deserves a lot of the acclaim she has received, but the film only did so much for me. 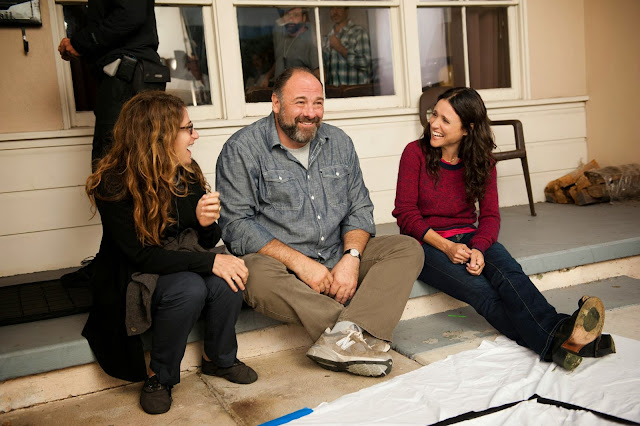 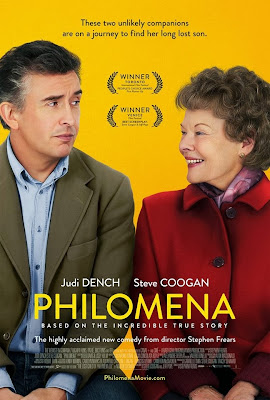 Martin:  You think I should do a human interest story?

I can't believe how under the radar this film was for me, of all people.  Not to go too far in talking up myself, but I tend to be in the know most of the time, but I knew next to nothing about Philomena, beyond the fact that Judi Dench was supposed to be great in it.  I was not aware it was a Stephen Frears film (a director I love).  I did not know Steve Coogan not only co-stars, but co-wrote the film (aspects I also love).  And I was not aware what kind of film it was.  I cannot say I was surprised to like it so much upon leaving the theater, but I can say it was very satisfying to discover a film like this and still be pleased by it.

The story is based on a true one involving a Catholic woman, Philomena (Judi Dench) opening up a search for her son, whom she was forced to give up for adoption when she was still in her teens and living and working at a convent.  Martin Sixsmith (Steve Coogan), a former Labour government adviser, gets involved by chance, and the two head out on a small adventure to learn more about what became of Philomena's son.  The results of this search are almost unbelievable, yet based upon factual results.

This is a drama, but having an odd-couple pairing like Dench and Coogan, let alone having Coogan in general can only mean there will be at least a few laughs in this story, which there are.  Still, this is a nicely told story, with a couple heavier moments, that goes into some interesting directions, even if it comes at the cost of the film seemingly having certain opinions about religion that could be construed as an attack by some.  Regardless, we once again get strong performances here, with the theme of regret certainly coming into play quite often.

I do like the fact that Coogan was a writer on this film.  Obviously there was something that he responded to, which made him want to delve further into this tale and I would like to think that his work with Michael Winterbottom in their various collaborations (24 Hour Part People, Tristam Shandy, etc.) may have rubbed off on him when developing this film.  It makes little difference though, as the film was solid all-around, and while Dench is great in this film, I am happy it became more than just that film that "she was supposed to be great in." 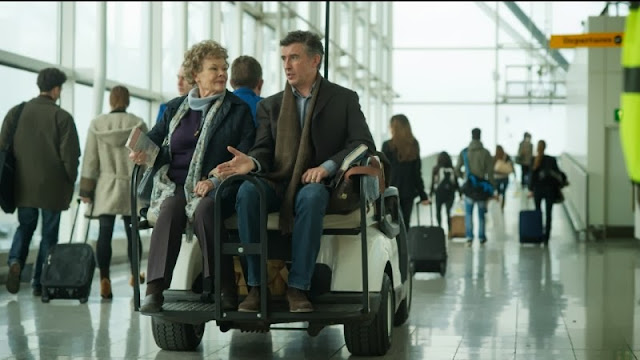