Africa Blog 7: What Happened At Victoria Falls And A Final Wrap Up 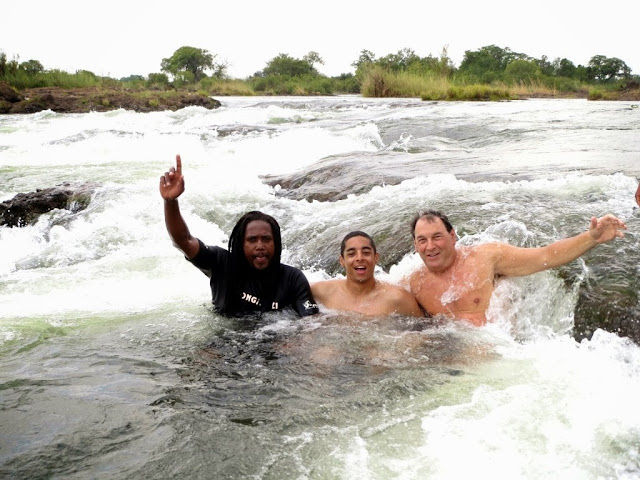 So here is the final Africa Blog post and I can explain why it is up later than the others.  My camera died.  I talked about this in the previous post, which made for a great way to end on a cliffhanger, but it certainly was not a preferable event to have taken place, given the epic thing that was going on, as this whole malfunction took place.  But I'll get to that in a bit, for now, it should be known that I am safely back in my own home, rested up, and ready to recount the final details of what was an awesome adventure (a most excellent one, some would say).  This last post finishes off the Victoria Falls story, details my last day in Zambia, and might even add a little extra in regards to what I have taken away from all of this.  (Check out the previous Africa Blog posts HERE).


So where were we?  Oh yes, Zambia - Victoria Falls - Devil's Pool.  I was near the edge of a waterfall, attempting to pose for pictures and my camera malfunctioned.  Given the picture coming up, you can see what an awkward predicament this must have been.  I had to lean over the incredibly tall falls not once, but twice, in an attempt to defy logic and reason in favor of looking awesome.  Did I?  Perhaps, but it falls into the category of things you probably wont do again (like petting cheetahs) and that is why I went for it.  Meanwhile, if you want to see terror masked with smiles, check out my dad's picture. 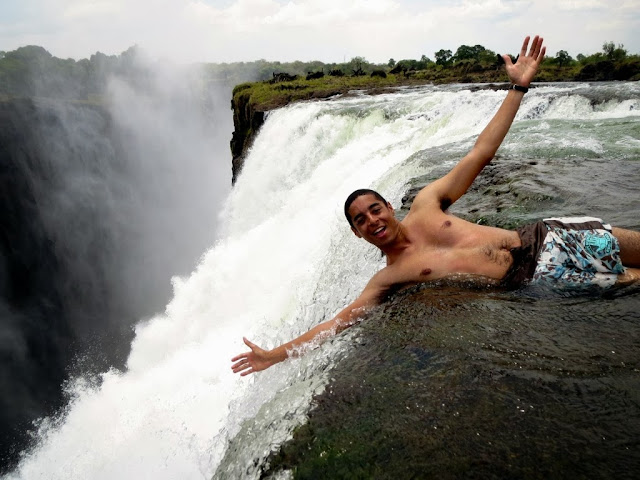 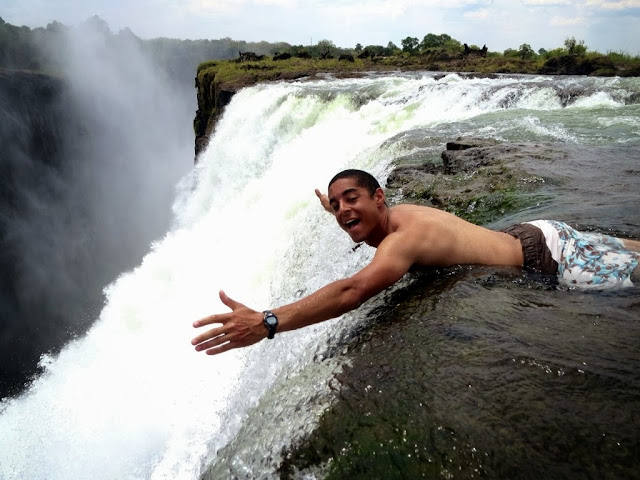 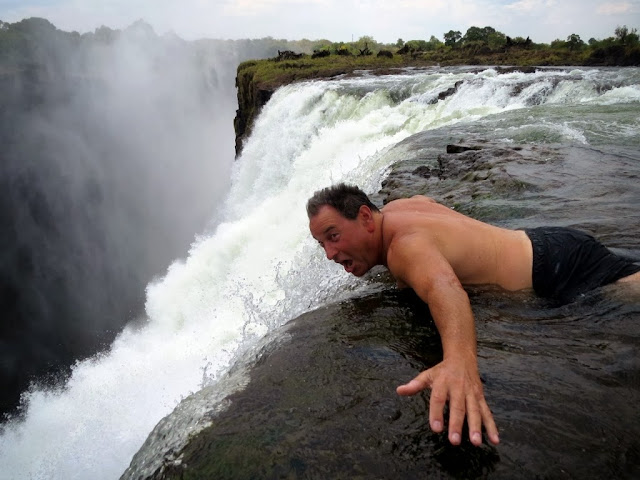 Anyway, this whole situation worked out well, as my camera may have broke, but the other group with us was kind enough to take our pictures and then send them to us later, which fortunately paid off, as the pictures are here in this post!  Following all of these water shenanigans, we made our way out of the pool.  Our guide, Alpha Omega, once again made way too much concern for my life, as I slightly swam out of the bounds of safety from falling over the falls, but I was completely fine.  After taking another relaxing swim back to shore (seriously, this water was super nice), we got changed and had ourselves a nice little lunch on Livingston Island, where we could reflect on this experience and get to know the other groups as well.

Following our trip back to mainland (it was a two minute boat ride from the middle of the falls), we made our way back to Tongabezi.  At this point we could finally get to take that sunset boat ride, since it was cancelled the previous day, due to thunderstorms and showers.  Now I have to say that this was a bit of a stretch for me.  As some know, I do not have very good sea legs at all.  It could have been a big ordeal to get me on a boat, but given how low to the water we were, I was not too worried and it turned out not to be an issue.

This boat trip was pretty cool and relaxing.  Just my dad and I, with Captain Lawrence taking us down a ways on the Zambezi River.  The sky was cloudy, basically ruining the chance at seeing a cool sunset, but it mattered little.  The trip was nice.  There were hippos in the water, crocodiles on some of the rocks in the water, and a bunch of baboons on the little islands in the distance.  If there was any way to spend a final night in Africa, this was a pretty good one.  I managed to get a few pictures off of my dad's camera and my iPhone too, so there is at least a little to work with, given my own camera issues. 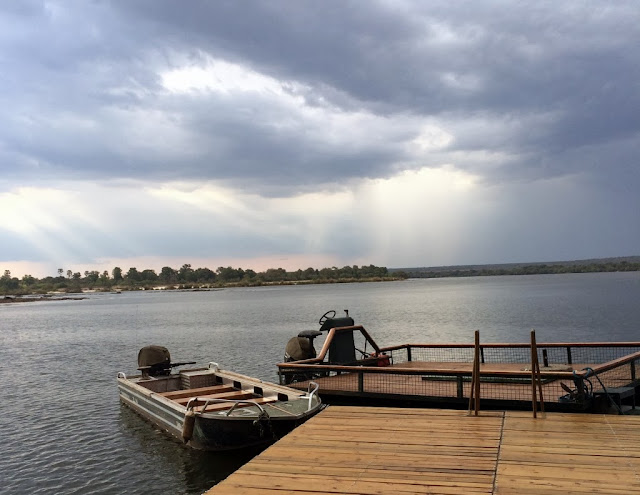 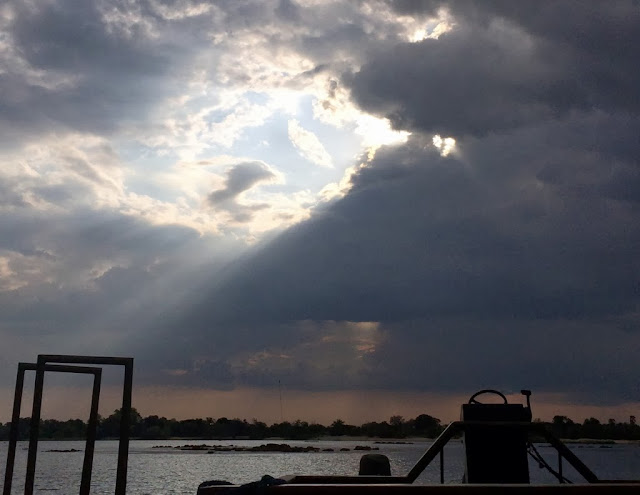 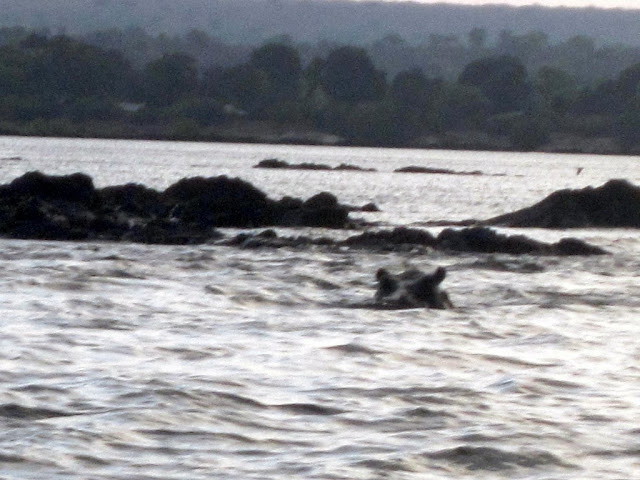 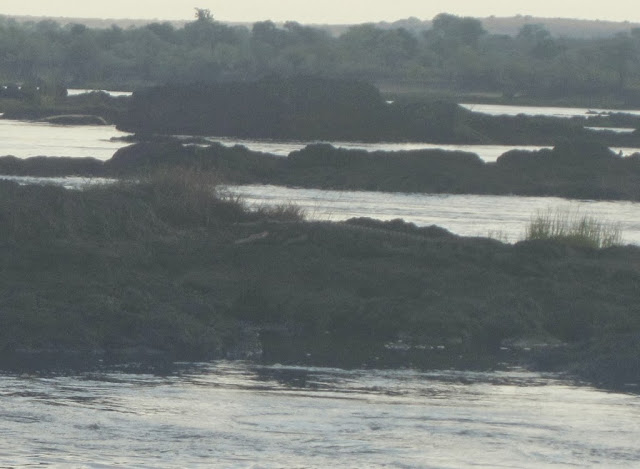 That night was not too eventful.  No hippo sightings on the property and a nice dinner was only followed up by crafting the previous blog post.  And that is pretty much that as far as the adventure goes.  The next morning was all about packing and making our way out.  This would amount to a travel event for myself, which would take 30+ hours to complete.  Airplane rides would go from Zambia to Johannesburg to London and then to LA, with a few hours of layovers in between each flight.  My dad would be staying in Johannesburg, with a plan to visit Germany as well, before he makes his way back home.  Given that I am writing this after the fact, I can say that it all went smoothly.  No issues with customs or finding my way back home, it was a long but fairly stress-free trip.

So that's really it for the trip to Africa, which was pretty wonderful.  I am honestly not avoiding any less than pleasant details, because there just weren't any.  Everything worked out really well between the accommodations and all the people we met along the way.  It's a pretty easy recommendation, as far as places to visit go, because the right planning can make for a pretty easy vacation, aside from the travel time involved. 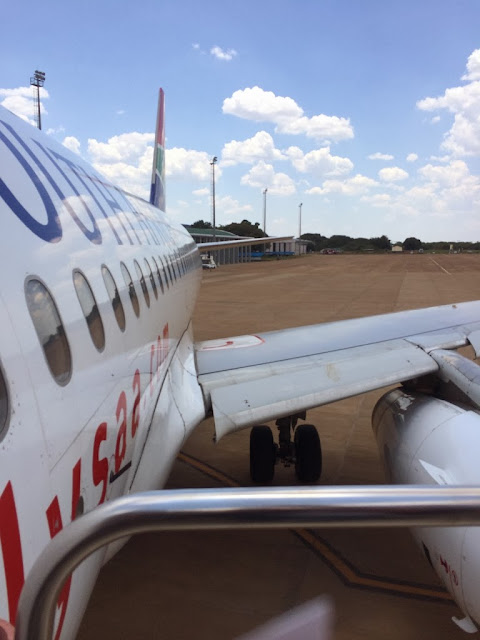 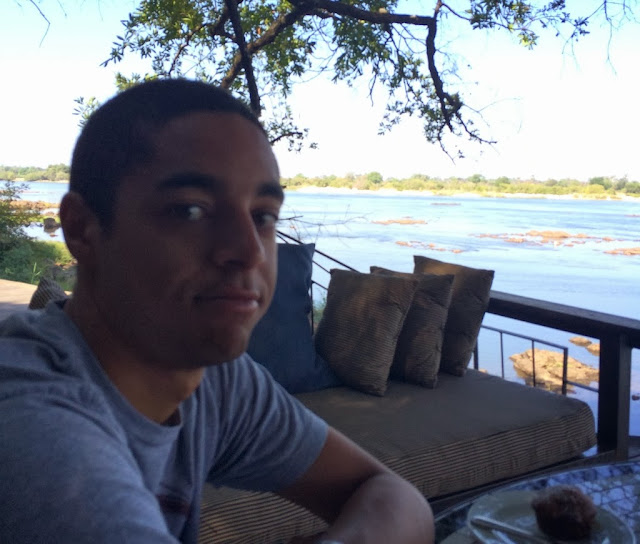 With all of that said, I guess I can go over what I have taken away from this.  Given that I was not expecting to be able to blog as much as I have, I can say it has been a rewarding experience for me to creatively write something as personal as this, as I just do not have the chance to do it very often.  Regardless of how drama-free these blog posts may have been, it was a new way for me to approach a vacation nonetheless.  As far as Africa is concerned and my response to being there - as a black Jew, it feels fitting to be able to say that I have now been to both Israel and Africa.  It is not as though I make it a point to really delve into my own culture (though I have), but my heritage is something I take pride in, rather than downplay it and there is something special about having visited two places that really allow me to delve into what that could mean for me.  In the future, I can imagine I can reflect on this to better effect, but for now, I can simply say I am grateful for these opportunities.

Putting this to a close, I must say thank you to those involved with this journey.  All of our various guides were wonderful and very informative people to have met and taken a journey with.  The staff members of all the various locations my dad and I stayed in were very friendly and accommodating.  Everyone involved in driving us from one place to another was sure to both have us arrive when we needed to and fill us in on some details regarding our surroundings.  All of the people, also vacationing, that we were happy to meet and hang out with during our various journeys managed to be just as easy-going as I found my dad and I to be throughout.  And basically anyone else that we interacted with during this trip.  Most importantly, I have to thank my dad, who made this whole trip possible.  It was an incredible adventure and I was very happy to have him along for the ride.  I have left Africa, but I have a ton of memories, pictures, and a heap of clothes that still have the smell of the continent - and that's a very good thing.

Next Time:  Aaron heads to the depths of the Antarctic in an effort to find lost treasure, before his trip to Mars! (Thanks for reading everyone!)

Check out these cool panorama pics: 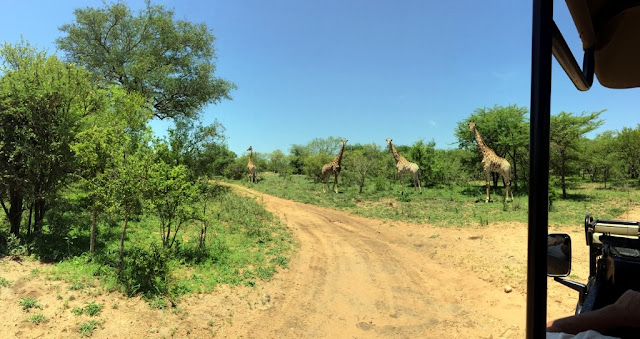 Aaron is a writer/reviewer for WhySoBlu.com.  Follow him on Twitter @AaronsPS4.
He also co-hosts a podcast, Out Now with Aaron and Abe, available via iTunes or at HHWLOD.com.
By Aaron Neuwirth
2013 Africa Animals Devil's Pool Essay Hiking Hippos Livingston Vacation Victoria Falls Zambezi River Zambia
Reactions: