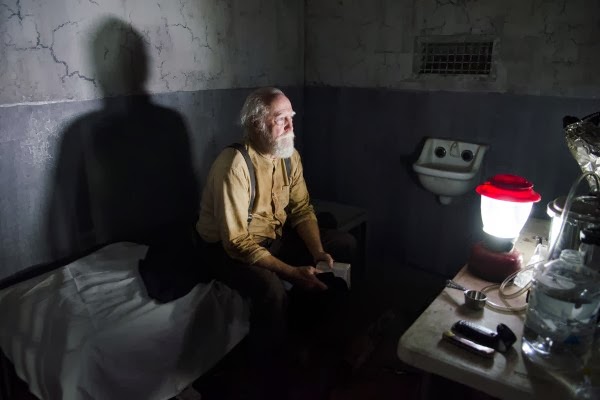 So far this season I have spent a good amount of time addressing The Walking Dead’s lack of subtlety.  This is not necessarily something that has harmed the show, as it has been four seasons and you kind of know what to expect at this point, but this week’s episode, “Internment,” continued to add onto this thought.  If it is unclear, having the walls very literally coming down around Rick, as walkers continue to try and invade the prison makes it pretty clear that heavy burdens are being placed upon him, but keeping things in order and contained will be necessary, if one wants to hold on as long as they can.  Given how action-heavy this week’s installment was, there were lots of clear visuals and to-the-point dialogue to further emphasize the show’s big themes, in place of doing something more fresh and interesting.  Still, while The Walking Dead may handle these action scenarios well, it just leaves me hoping that we can get back to more intriguing stories, now that this infection plotline seems to be ending.


There are some minor details that could be explained, but this week is really the Hershel hour.  Scott Wilson continues to make a great case for a “Best Supporting Actor” Golden Globe nomination (they like things that are popular), as he deals with the patients in Cell Block C.  He treats dying men and women, tries to keep up the spirits of Glenn and Sasha, who are just as sick, but trying to help anyway, and is basically trying to keep his wits about him in the face of death.  It is a lot for a one-legged man to be doing, but the early parts of this episode do a fine job of showing a man multitasking within the bounds of a very dire situation. 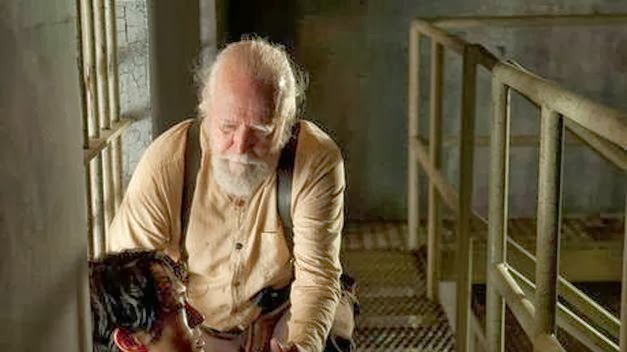 Before we get to the fit hitting the shan in the latter half of this episode, I can talk about Rick’s return.  While on walker fence duty, Maggie lets Rick in and immediately asks about Carol, which is fair, which then gives us the chance to see where Rick’s head is at.  We can basically tell that Rick has been practicing how to explain this turn of events.  He made a tough call, with no one else’s knowledge or approval and no he has to deal with it.  More will come of this next week, but for now it is interesting to speculate on what this may mean for our lead character.  Will he become a member of the council or will he be punished?  I am not sure, but it is far more interesting than what the Rick/Carl plot seems to have devolved into.

To be clear, I have no problem with the state of these characters, but it is getting to a point where Rick and Carl’s relationship (and this is the same for a number of pairings on the show, i.e. Gaggie) is going nowhere.  We get it, Rick wants to protect Carl’s innocence.  I am not sure how possible that is when you assist in carving your baby sister out of your own mother and top it off by shooting her in the head, but Rick seems convinced that talking very gently with Carl about whether or not he used his gun seems to be a staple of their bonding time this season.  That takes a different turn later on, but just sit with that for now. 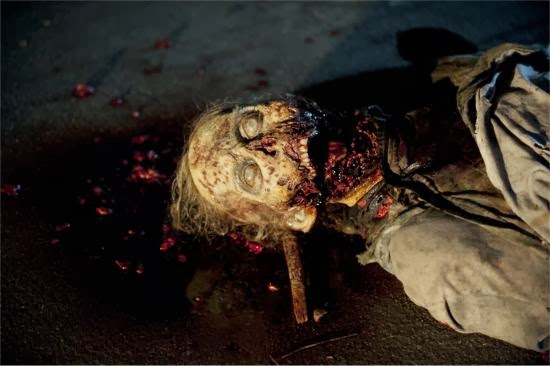 Getting to the episode’s stressful, action-heavy half, the stress factor certainly heightened, as a solidly staged portion of this show had a focus on Hershel both kicking ass and saving lives.  People dying from infection and coming back as walkers led to a number of action scenarios focused on people getting to the right place in time, before someone was bitten.  It is exciting per se, as The Walking Dead knows how to make these types of scenes work well, I just wish the results were not so ordinary for the show.  We lost a few people we never knew anything about and Glenn lived, like we figured he would.  I was both stressed out and excited by this sequence in the moment, but it feels more like we gave up on doing something even more compelling in favor of having an admittedly kick ass action sequence, which is done a lot.

I am picking on that scene, but the stuff inside of Cell Block C was less of a problem for me (aside from Maggie getting in the “one great shot” cliché).  Actually, it is because of how solid Scott Wilson is in this episode (and season) that I was really into that sequence.  The bigger issue is the Rick and Carl of Duty: Modern Warfare: Prison Walkers.  It got a reaction out of me in the moments, as I was thinking, “Ok, well now this is happening,” but the more it went on (and in subsequent viewings), the more I felt it like an excessive sequence.  Again, this is the show hammering home how dire the situation is, where father and son take up arms together and blast away this unstoppable problem, emphasizing both futility and what it takes to try and stay safe for a time.  All of that, plus we get more ammunition in regards to commenting on how scarily gifted Carl is at killin’ things real darn good.  It is grim, but fun to watch, sure, but after an episode that made a good case for delving into what it means to make sacrifices for the great good, this episode felt more like a step backwards, so we can take a break, before getting to more significant matters in the future. 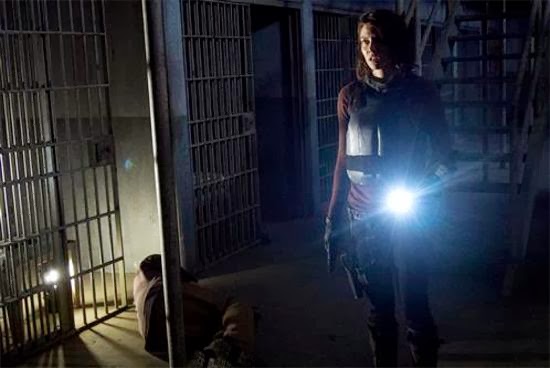 The end of this episode is a nice reprieve from the intense grimness seen in the majority of “Internment,” as it basically amounts to everyone telling Hershel how awesome he was.  Daryl’s Dream Team arrives back at the prison and the medicine hopefully brings an end to this plotline, or at least holds it in place.  Rick and Carl share some green beans (life goes on), and Hershel gets to ride in a jeep.  Aside from a mystery guest in the last minute, it is a nice piece of closure to end on.

In an attempt to bring this write-up to a close, I will mention the conversation Rick and Hershel have around midway in the episode.  The two discuss what essentially amounts to this giant life trial they are all going through.  We of course should not forget that Hershel is a man of god, but regardless, I liked the debate about whether Rick was in denial or just lucky in regards to how he was able to have a time of peace, before all hell started to break loose again.  I am just also thinking about keeping this sort of thought in mind, with regards to the show in general.  I found last week’s episode, “Indifference,” to be the best of the season so far, as it emphasized characterization and accounting for ones actions.  The Walking Dead of course needs to have these big walker sequences too, but I hope upcoming plotlines manage to find that proper balance that the show is always striving for.  Having standout characters like Hershel is a nice touch, but now The Walking Dead needs to show me a little more. 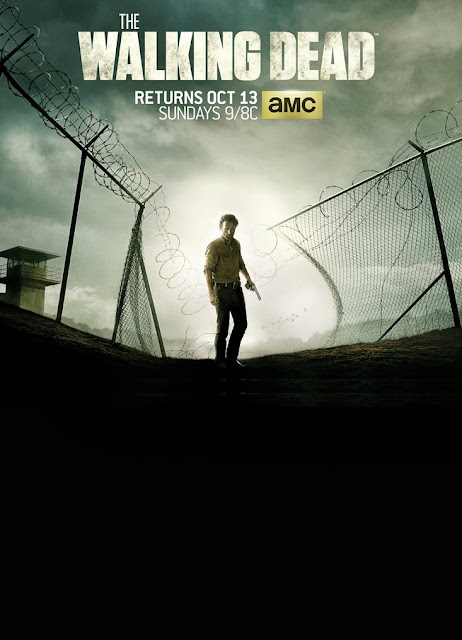 Aaron is a writer/reviewer for WhySoBlu.com.  Follow him on Twitter @AaronsPS3.
He also co-hosts a podcast, Out Now with Aaron and Abe, available via iTunes or at HHWLOD.com.
By Aaron Neuwirth
2013 AMC Andrew Lincoln Norman Reedus Robert Kirkman Scott Wilson The Walking Dead TV Series Zombies
Reactions: