Statham And Franco Face Off In ‘Homefront’ (Movie Review) 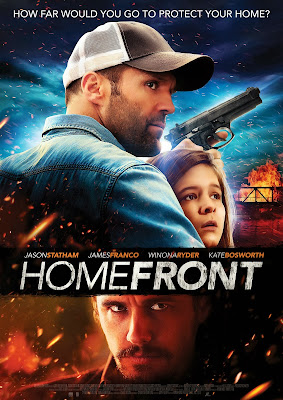 I love it when a movie really delivers on its promise.  Make no mistake, Homefront is a B-movie, but it is a damn good one.  It is the kind of action film that roots itself in the actions of characters and only feels gratuitous in the presentation of certain action scenes, but not in the cause.  There was an initial thrill that came from hearing the premise and seeing the trailer for this film, but I was incredibly happy to be very entertained by the actual film and really rooting for certain outcomes to take place.  Jason Statham may not ever break away from doing fun action movies, but at least he is adding different shades to the roles he takes and choosing projects that I like seeing.


Statham stars as Phil Broker, a former DEA agent, who is now trying to live a quiet family life in the South with his daughter, Maddie (Izabela Vidovic).  Maddie has been taught to defend herself by her father, who uses it to beat up a bully.  The parents of both children are involved, which leads to Broker getting a visit from the bully’s uncle Gator (James Franco).  Gator is a local meth dealer, who discovers that Broker was once DEA and hatches his own plan to both get rid of the man and makes things better for himself.  Of course, Broker does not take kindly to those who try to harm his family.

There is something about stubbornness and pride that very easily puts me on the side of the other person or party involved.  I initially though Homefront was really going to delve into that, as the parents of this bully, the mother in particular (played by Kate Bosworth), really gets on your nerves, based on what occurs before the heavy hitting really gets underway.  I was surprised by how much depth, in a movie like this, was eventually granted to these characters and how the film went in another direction that manages to tie everything we see together.

Statham is Statham, there is no denying that, but he does add a personality to his character.  The man wants to care for his daughter and make a certain kind of life work.  He clearly has a short temper, but it is neat to see him try and be reasonable.  Franco is the other headliner here, but the film does not attempt to make you think he could physically take on Statham.  Instead, the film is wise to make him an exasperated villain in the long scheme of things, who gets in over his head, despite the slimy confidence he exhibits earlier on.  It is a solid work of casting, which can be said about the other characters in this film as well, each with their own motivations. 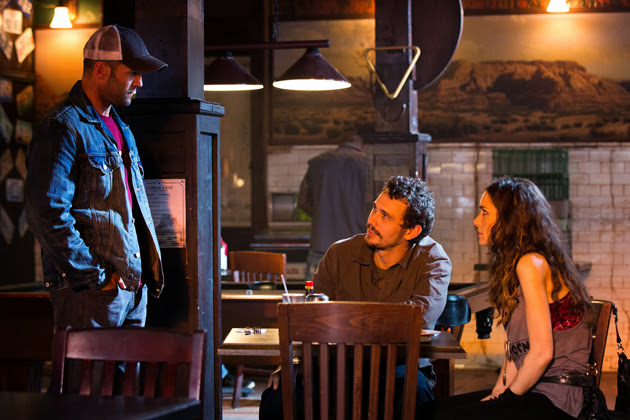 The screenplay was written by Sylvester Stallone, who could have easily starred in this film back in the early 90s, perhaps, but it works quite well now, with the cast on display.  That said, Stallone developed this story from a book by Chuck Logan that really finds a purpose, within the bounds of being an entertaining action picture.  I am not saying there is amazing dialogue here and that the story is unpredictable; it is far from that, but the delivery on the story that is being presented in a Jason Statham action thriller is far better than it needs to be and I can admire that.

Director Gary Fleder does a fine job with handling the action and providing a look at this Southern setting.  The fight sequences are not awe-inspiring, but the job is done, with a special emphasis on making the hits look painful.  With that said, the pacing of this movie is fantastic.  Homefront delivers on having a dramatic side to it, but it never lets up as far as drawing out its plotting.  The audience comes to understand what the stake are, why people are acting certain ways, and what the results will be.  There is a skill in making a lean action film that happens to have enough story to feel like a legitimately good movie and Homefront really delivers.

Honestly I am just overjoyed with how much I liked this film.  It is not a matter of whether or not it will stand as a classic action feature or one of Statham’s best (which I think it is), I was just very pleased with the results overall.  I wanted to see this film from the outset and it delivered.  That is the kind of satisfaction I enjoy.  Jason Statham is an action star I love to watch.  The idea of James Franco as the villain was strange and intriguing, but paid off.  And the film even has Clancy Brown rolling in as the town sheriff.  If there is a need for some fun action during the holidays, Homefront is certainly an easy pick.

Gator:  You’ve worked up a pretty bad rep around here.