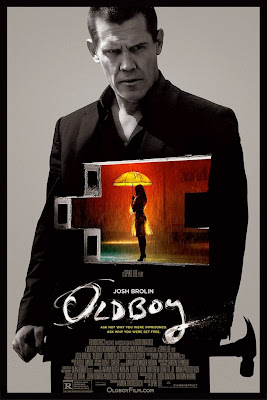 It can be hard to try and critique a film, when it comes to addressing one that uses the basis of another film that one already loves.  It is hard to critique a film at any time really, as it requires a certain amount of consideration that really drags in all of what it going on in one’s life at the time, regardless of whether or not it was intended.  The 2003 revenge-thriller Oldboy is a favorite film of mine.  I was intrigued by the notion of a remake mainly because of the strong talent that seemed to be standing behind it.  Josh Brolin is a capable lead actor, Elizabeth Olsen already had my eye from her breakout work in Martha Marcy May Marlene, and Sharlto Copley has impressed me with his wildly different turns in various films.  Having Spike Lee serve as director was the strangest piece of the puzzle, as the story of Oldboy feels like nothing he has tackled before.  Unfortunately, the film does not come together in any way that really properly makes a case for why this story needed to be told again.


Brolin stars as Joe Doucett, a businessman who is kidnapped and locked away in solitary confinement for 20 years.  He is given no reason as to why and is subjected to the same routine throughout his stay.  During his imprisonment, he learns that he has been framed for the murder of his wife and that his daughter is now living with a foster family.  Once released, Joe is given the mission to find out the reason for his incarceration and who is responsible, with the added motivation of saving his daughter.  It is during this time that he befriends Marie (Elizabeth Olsen), who feels sorry for Joe and wants to help.  Her help will be limited though, as Joe has violent revenge on his mind, as he searches for answers.

The premise remains intriguing, but I have seen this film already.  It is one thing to criticize a film for being a remake, but it is another to find nothing of interest in the latest version of the same story.  That was my problem here.  Spike Lee and writer Mark Protosevich did not add anything to really make this story standout.  More than that though, the story has been robbed of any real intrigue or style.  There are psychological elements that really make the journey of the lead character all the more interesting and intense and this new Oldboy does not capitalize off of that at all.  On top of that, it really does feel like a ‘director-for-hire’ job, despite the interesting directorial perspective that someone like Spike Lee could have brought to the film.

It feels like a broad checklist of items was used to deliver on the basic requirements of this film.  The plot is very easy to follow.  Characters are defined by obvious qualities.  Lee puts in some signature Lee camera moments.  The various turns in the story may or may not be easy to anticipate, but once they are out in the open, the film is very quick to provide obvious answers as to why everything happened the way it did.  That is great for a studio-produced movie that can be deemed acceptable for all, but this is Oldboy, a story that can be incredibly gripping, violent, challenging, and capable of producing very interesting reactions, were an audience given more of a chance to really delve into the psyche of some of these characters.

The film misses this.  While there are reports of a 3-hour cut of this film, which could be the answer to my question of how this film messed up so badly, I have to review the film that I watched, which will be the one that most people see.  With that in mind, I do not have many kind things to say in regards to how it handles what is a graphic, but engaging story at its core.  Does the film deliver on its violence and twisted nature?  Sure, there is plenty of graphic imagery and actions taking place to satisfy those seeking something that is most definitely not family-friendly, but the impact remains all on the surface.  There is very little to consider when all is said and done, in terms of thinking more about this version of Oldboy.  It plays less like a classic Twilight Zone/Hitcockian thriller, with oedipal motifs and a visual eye akin to someone like Brian DePalma, and more like a straight B-movie thriller that does not ask much from the viewer.

The cast is fine.  Joe is supposed to be a tortured soul who is both filled with regret and violent rage.  Brolin fits the bill of who this type of person is, but is only able to convey so much, given the bluntness of his actions and what the film allows him to do.  Elizabeth Olsen is a very uncomplicated character, given what is required of her, but she does what she can.  Sharlto Copley could have been the most interesting character in this film, but is shortsighted by how much material the film grants him.  That is the thing about this film, in general, it was not very interesting.

Oldboy does not even look very interesting.  It is Spike Lee, so you can assume the location is New York, but it really does not matter.  There are a couple pieces of imagery that are reoccurring, but it does not amount to much.  The action filmmaking on display gives you the sense that Lee has not dealt with this before and he is trying his best to make it look accomplished.  There is simply an empty film here.  It is devoid of any flavor, like my title suggests.

Is this version of Oldboy terrible?  Not necessarily, but it falls in line with being a film that feels unnecessary.  There is less a semblance of a film that really needed to be made and more of the product of what it looks like when a property is assembled by a director taking a job in an effort to have the funding for his next, more personal project.  I do not fault anyone for trying, but I am disappointed with the poor, uninteresting results.

Joe:  Whoever you are, I will find you. 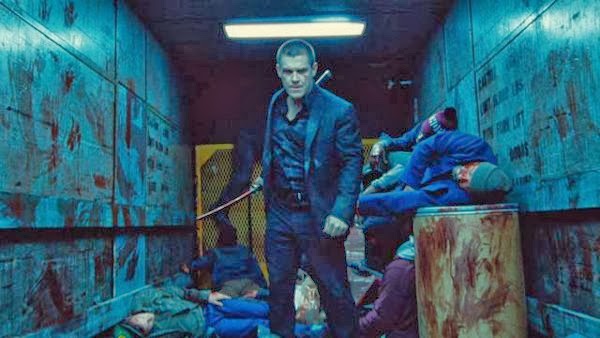